It’s an advice-only-column.
Maybe think of this as a public service announcement.

Now that I think about it, in all my years here, I did do this once before.

After a near death experience.
In Mexico.

(No, it had nothing to do with dodging cartel sicarios across the Norteño desert.)

Rather, my wife and I almost drowned in Playa del Carmen, during a rip current, with our young children back at the apartment with my folks.

We were so desperate to swim in the blue Caribbean, after a week of shit weather, that we ignored any and all warning signs, and swam out deep enough, in a brewing storm, when no one else was around. (“Hint, hint,” the Universe was saying.)

But we thought we knew better, and only through a lot of luck, some fancy swimming, (and not much else,) did we make it back to shore, exhausted, breathing heavy, arms trembling.

Jessie and I made a promise to wise up that day, and I wrote it into an New Year’s advice column for you, as it happened to coincide with the festivities.

I think I did wise up that day, and am proud of it. After a 4 year stint in therapy, a ton of travel around the US, building a new photo retreat program, publishing a book, and getting back to Europe twice now, I’m definitely a more capable, smarter, more nuanced, emotionally intelligent person than I was then.

Yes, I almost died in Amsterdam last month, (I promise to tell the story,) and I’m no “super-genius,” so all I’m really saying is that I try to learn lessons from life, and am happy to admit my fallibility. 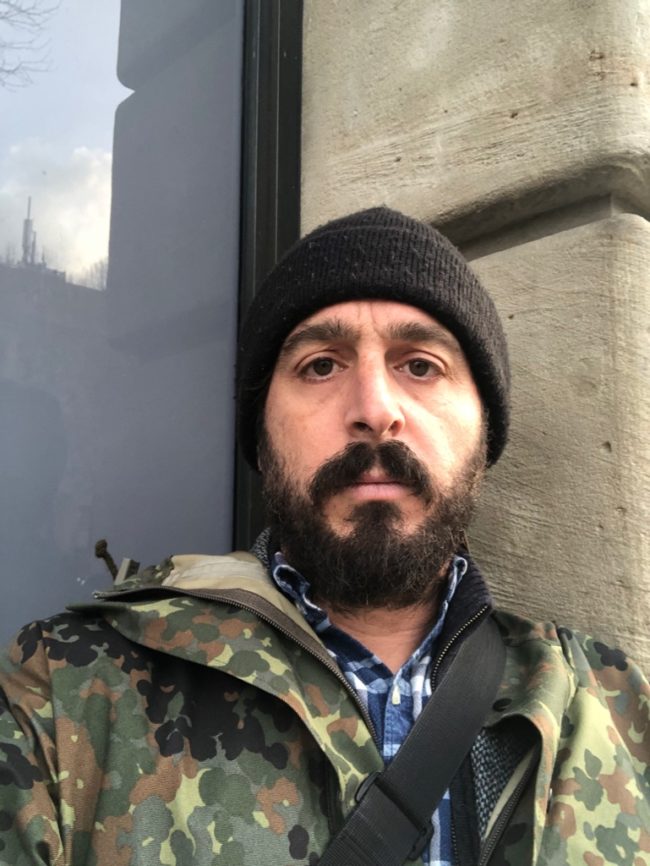 Geared up for the weather in Amsterdam.

So what am I on about then?

Why no photo book?
Or art exhibition review?

Haven’t I seen enough in the last month to write ten articles about things on the wall right now?

But for all the shit I gave #2019, for all its legendary absurdity and insanity, I didn’t feel compelled to do what I’m doing now.

Somehow, (though I’m not hating,) #2020 has managed to earn its hashtag in just over two months. Like I wrote about 2010 reminding me that 2009’s ass-whooping was not done, our new year has seen a full-blown global pandemic begin to arise.

I’m not sure, but what I am certain is that panic behavior has set in, with a major stock market sell off, and humans acted like flock birds by simultaneously voting for the “safe pair of hands” Joe Biden, as if connected telepathically.

I’ve heard stories from a friend of empty food shelves in New York, seen a photo of empty toilet paper shelves at a Target in San Diego, and a tweet about hoarding in Cincinnati. 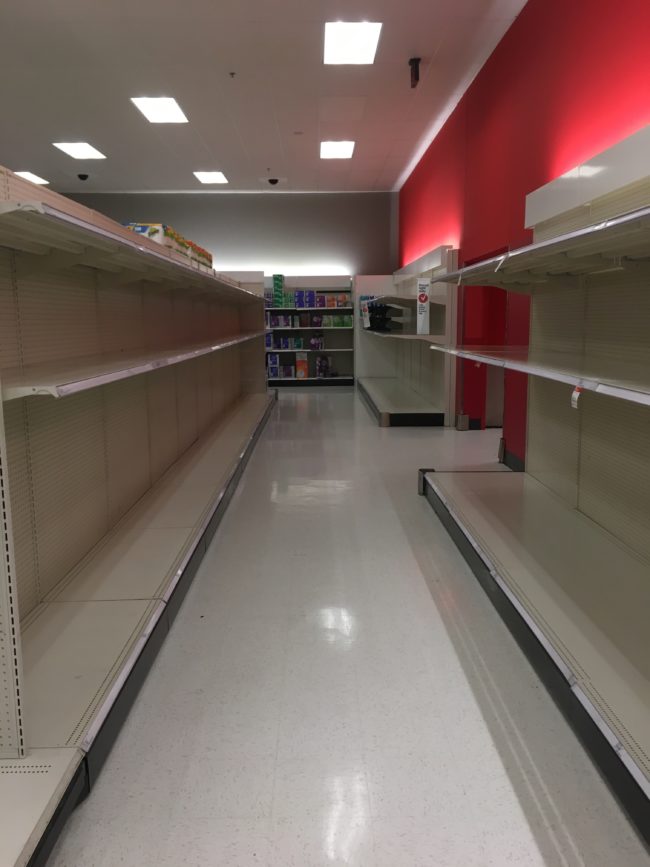 My favorite soccer team, Arsenal, was supposed to play today, (I’m writing on Wednesday,) and the game was postponed because Arsenal players were exposed to the since-ill-with-the-coronavirus owner of the Olympiakos soccer club 13 days ago.

South by Southwest has been cancelled.

Italy is in complete lockdown.

And China’s Orwellian, mind-boggling movement restrictions of earlier this year are now being held up as a (kind of) model for perhaps controlling the spread elsewhere.

(Oh yeah, this is probably a good time to mention the virus was likely started because some human beings just can’t seem to stop eating wild-jungle-creatures. Fucking assholes!)

It’s scary and crazy all at once, and as I have been dispensing advice here for years, and doing proper travel writing since last year, I wanted to share my two cents.

Just because other people are buying up everything in sight doesn’t mean you have to.

(I took my kids to the grocery store yesterday, just to demonstrate that we could shop rationally, and ignore the panic instinct.)

Wash your hands well, and often, (I’ve always been a bit OCD in this one way,) but please don’t buy all the soap in your local supermarket.

Or all the TP, tissues, paper towels or hand sanitizer.

This type of hive-mind behavior perpetuates itself, as panic is as contagious as this nasty new virus.

With respect to travel, you all know I went to Amsterdam, and am glad I did. It made my book much better, and that was very important to me.

But I’m not sure how much non-essential travel I’d be doing now. (Ed note on Thursday: Travel from Europe has since been restricted.)

Last weekend, I was in Houston for a major domestic conference, SPE, happening right before a major international one, FotoFest.

I chose to hug and shake hands as normal at my book signing, but the new etiquette was to ask people what their preference was, before getting into personal space.

Some people preferred fist bumps, or elbow bumps, or nothing at all. Most, though, kept it normal.

That was Saturday, and I’m guessing that at FotoFest, which began this week, far more people will revert to caution.

May I suggest we all culturally appropriate from the Japanese, and simply bow?

You can hug your family, but maybe we can all “honor” each other by staying hands off for a month or two?

I didn’t do it the other day, admittedly, but things change fast with new information, and if I had the signing now, I’d trade bows for hugs.

Also, it’s probably wise to check in on your elderly neighbors. (Assuming you know you’re virus-free.) At times like this, they need more help than ever.

I’m supposed to do a book signing at Paris Photo New York/AIPAD, (they need a more efficient name next year,) but now everyone’s wondering if it will be cancelled?

I’ve already heard rumors as such. (ED note: it was postponed several hours after I wrote this.)

Given all the health data about how helpful social distancing can be, should any of these international conferences go on, in major international cities? (ED note: now they’re not.)

Does the call get made piecemeal, one festival at a time, or all at once, in a wave?

Will this story, written on Wednesday, feel dated by the time I publish it on Friday? (ED note: the answer is yes. The NBA was cancelled later the same day, and the last session of FotoFest was postponed too. Now all sports are on hiatus, and the State of New Mexico closed all schools Thursday night.)

Here’s another piece of advice: do what you have to to keep your stress levels down. Beyond the hand washing, a healthy immune system is the best defense against getting really sick, so amp up your self-care regimen.

Do what you can to stay calm and mentally grounded.

Given Capitalism’s efficiency, it’s unlikely, (beyond a guaranteed recession,) that this virus will interrupt global supply chains in a massive way, causing the kind of shortages that panic is currently making appear possible.

The only way that could even possibly happen is if all workers got a nasty case of coronavirus at once, and no one could work.

Erring on the side of caution, therefore, with where and when you travel, again makes a nasty exponential growth curve that much less likely.

So, in conclusion, as one who’s been in many public spaces in the last three weeks, in major international cities and airports, I’m now going to ease off, knowing what I know.

(ED note: as of Friday morning, the NM governor asked all people like me, who were out of state, to self-isolate for 14 calendar days. So I’m now stuck at home…)

It’s back to normal next week. (I hope.)

Homepage » Working » This Week in Photography: A Coronavirus PSA

There Are 4 Comments On This Article.