The Art of the Personal Project: Ewan Burns

In the past I’d been to war zones and places of conflict.  Two distinct human themes seem to surface in those places.  It’s simple and clear to anyone who has had that experience.  In the face of communal disaster, one can witness the best and worst of humanity.

In NYC a local torrential thunderstorm can unit people getting mutually wet and cause interactions that on another occasion wouldn’t happen.

The disaster that was Hurricane Florence is no exception but the magnitude of the problem magnifies the human experience.

I had planned to head south from NYC on Thursday afternoon but I had to respond to a client who needed an executive team portrait shot on Friday morning and a quick turn around so I was delayed.  I arrived in NC on Sunday morning having entirely missed the most devastating part of the storm and headed for Wilmington, which was where the eye had made landfall.

My efforts were thwarted due to either municipal road closures; Interstate 95 was shut down for about 80 miles, or local flooding. I spoke to a man in a large heavily booted pick up with a broad North Carolinian accent who told me he’d spent 3 hours trying to get to Clinton which was where I too was heading.  It was 8 miles away, but every road that might have led in that direction was truncated by floodwater that ran for hundreds of feet away from our position.

Due to the declared state of emergency, it was illegal to enter the water, which made sense given the enormous drain on rescue services and first responders.

“You could have been arrested”, a fire martial told me as I waded away from an abandoned car I’d been photographing, which had failed to make the crossing. I never find it helpful to be told that what I am doing might be illegal as well as unsafe.  I understand that part but that I might be on the wrong side of the law too makes decision making much harder.  A veteran myself I understood the concept of not endangering another’s life because of a selfish whim.

On Monday I ventured to New Burn, an old town sitting on the fork of the tidal Neuse River and Trent.  As I drove over the elevated roadways that crossed the estuary to the east of the town I saw my first glimpse of the power of the storm.  I could see boats and yachts in unexpected places.

Unsure of where to begin I went in search of a local coffee shop, a number that were closed and the place had the feeling that something is really wrong.  There were a lot of people out and about but all the big box store parking lots were almost all empty except for people using them as temporary camping.  There were people with pickups’ and camper trailers running generators with dogs tied to trailer hitches in conversation with other parking lot campers.

In a coffee shop in the old part of town, a greeter called Nate and I had a chat about the storm and where he had been.  He told me of a couple of low-income neighborhoods that were close and whom he’d been to on the night of the storm in order to check on friends.

I first went to Trent Court, a low-income mostly African American neighborhood.  Almost desolate as most people had evacuated.  Apartments sat about one hundred feet from and two feet above the water of the estuary. There was nothing to stop the storm surge making its way into these homes.

Two men were pulling out waterlogged furniture into the street so it could either be disposed of or dry.  They invited me inside an apartment.  It was tiny, and all the furniture inside was upside down and wet.  It smelt of sewage.  In the back room, the two men were wrestling with a refrigerator.  They were emptying it of water and putting it back on its feet.  For a moment I tried to imagine what sort of wave action could have done this to a home.  It made no sense as wall and doors would have broken down the wave action.  I asked the workers and they told me that everything in the apartment had floated and once the water had receded it was left as I witnessed it.  Everything these people had in the home on the ground floor was done… 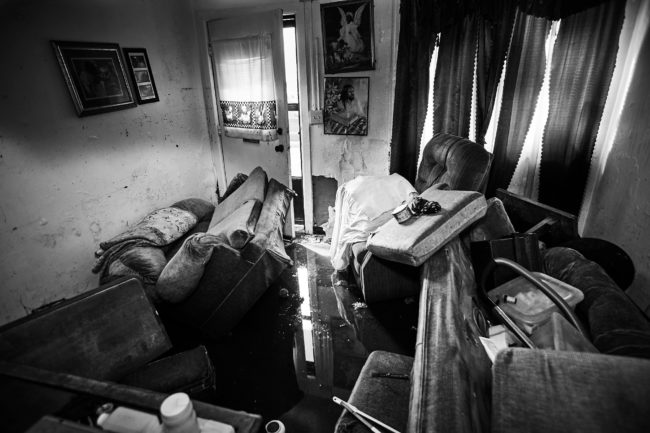 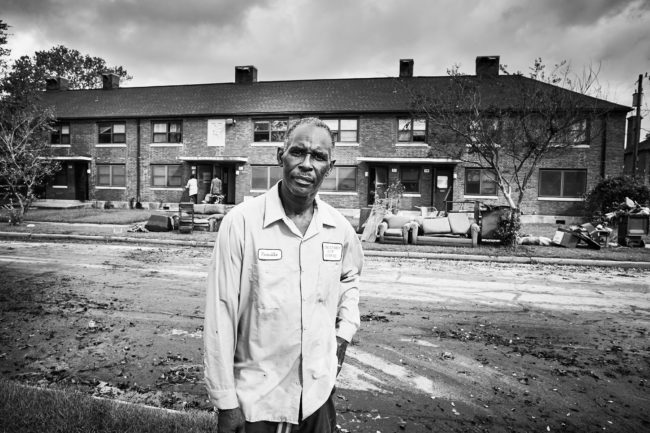 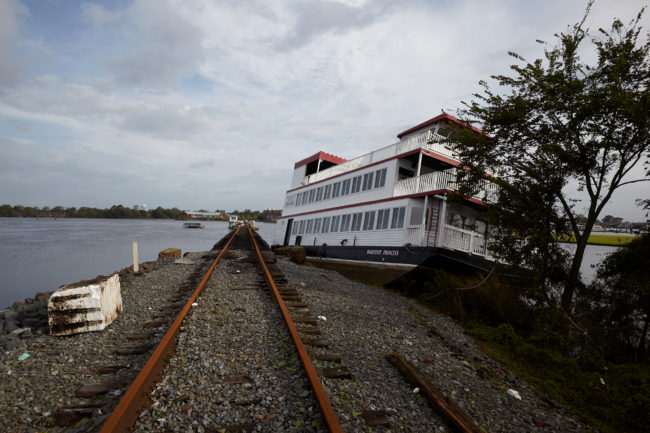 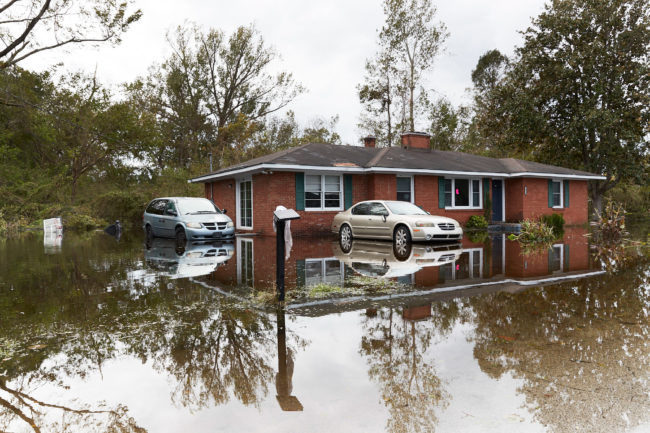 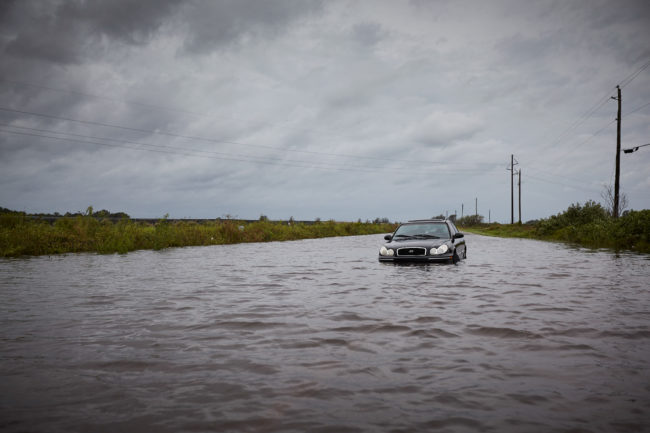 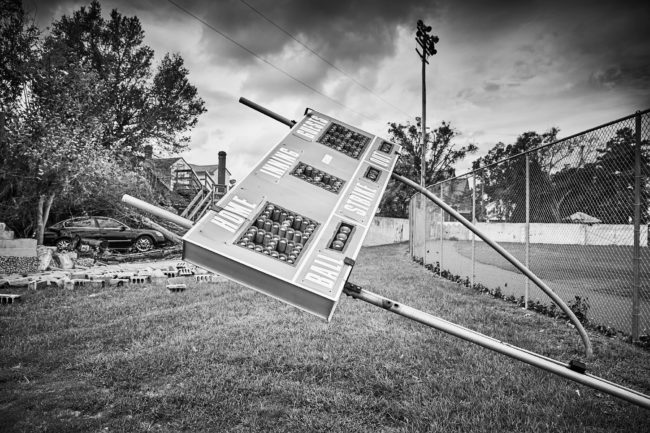 This Week in Photography: A Coronavirus PSA