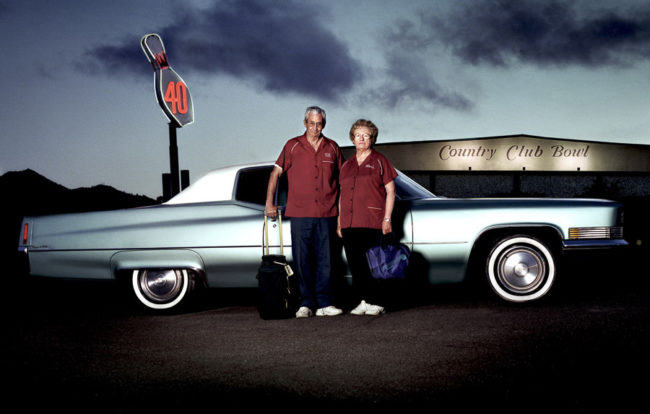 Heidi: Did you stage this bowling alley image, tell us how this photo came to be.
Steve: It seems like almost always; shoots are magical.  We work really hard to create the opportunity for chance to go the right direction and somehow it works.  Yes this image is staged, BUT there was no shortage of magic.

Do you grow up bowling?
I’ve been connected to bowling as long as I can remember. The couple in the photo was on a team in “The Twilight Twirlers”, the Tuesday night league my mom and dad bowled in for something like 20 years.  When my dad became ill my brother and I became fixtures in the league covering for dad when he couldn’t bowl.  Pete and Marie, when they travel, they bring their bowling balls and they bowl basically everywhere they go. I understand taking your passion with you but traveling for bowling always just sort of stood out to me as a little unexpected but rad at the same time.

The traveling bowlers concept marinated in my head for several years, but not necessarily as a photo, it was just something that I thought of.  I’m not sure how to explain it, but I get these thoughts that are almost like recurring dreams.  They evolve over time, then every once in a while, one will turn into a photograph. This one did.

I knew for sure that I would shoot it at Country Club Bowl in San Rafael, Ca. After all, it was our home field and it had all the perfect elements, the neon sign, the 60’s “inexpensive modern” architecture, a big parking lot, and I knew the owners so since it was a personal project I might be able to pay the location fee with a bottle of someone’s favorite spirit.  Pete and Marie were the obvious choice for talent, they had the right look and even better the photo really was about THEM.  The only problem was that they drive a minivan with no style.  So the hunt was on for a big old Caddy or Lincoln, something from the late 60’s – mid 70’s was preferable.

Where did you get the car?
I got the green light from bowling alley (miraculously they had just finished redoing all the neon on the sign), and Pete and Marie were on board so I sent emails to a few art department friends to see if anyone had a line on the car I needed for my shot.  Literally the next morning that Cadillac roll up my street, so of course I followed it.  The owner was super stoked to let us photograph the car he had just finished restoring.  His mom was the original owner.

What type of work have been doing lately? did it build from this most recent shot?
I don’t care if it’s a personal shoot or a big ad shoot, when you throw the right energy at it, you get magic.  “Bowlers” is on the long list of magical shoots. Since that bowlers shot, I have done several senior lifestyle shoots for a variety of clients ranging from pharmaceuticals to senior living communities and banking.  The first senior shoot I was hired for after the bowlers shoot was a direct result of having shared the bowlers shot, in fact, the client used the bowlers image in selling their concepts to the client.  It’s been a few years now and I’ve been shooting for that client 2-3 times a year. 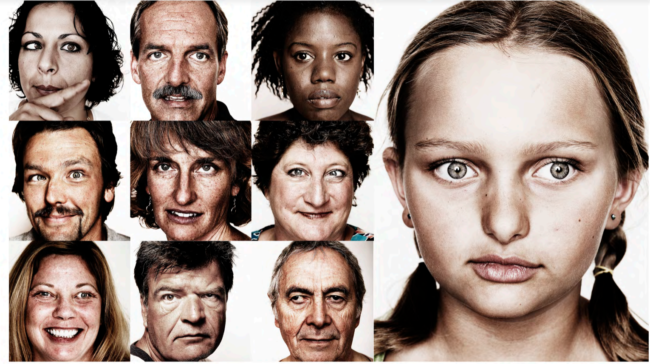 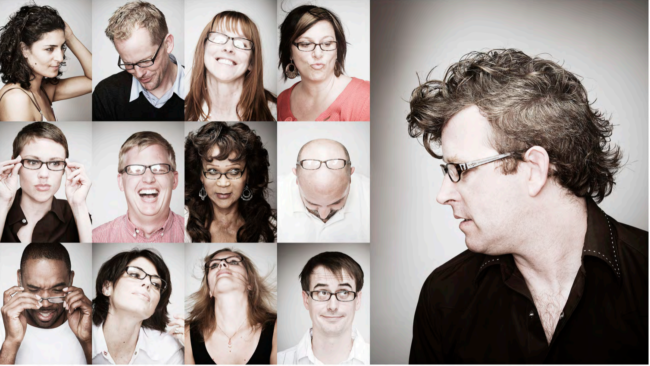 Has your personal work ever translated into paid work?
Yes, about 10 years ago. An Art Producer that I used to work with a bunch loved a personal project I did which was portraits of people with wandering eyes.  Her agency (Cutwater) was pitching LensCrafters. They wanted to create a book of portraits of people doing different things with glasses I think the ta line was “What will you do with them.”  Jen Worth, the Art Producer presented my Wandering Eye series to the Creative Director, Joe Kayser.  He liked the work, subject matter / concept / style and he asked Jen if she could get me in to shoot each of the employees at the agency with glasses and create a treatment for the body of work that would make it stand out. They got the business and eventually hired me to shoot portraits which were used in all of the LensCrafters stores as in print ads, direct mail and web advertising.  My personal project led to helping the agency win new business which led to a fun portrait project used in a national campaign.

What advice would you give your younger self as a photographer?
I would commend my younger self for starting a list of creative ideas for photography and other media.  Then I would tell me to execute those ideas faster and more often, and most importantly I would tell me to make sure to share the results with the world regularly.  I’m telling my older self the same thing.