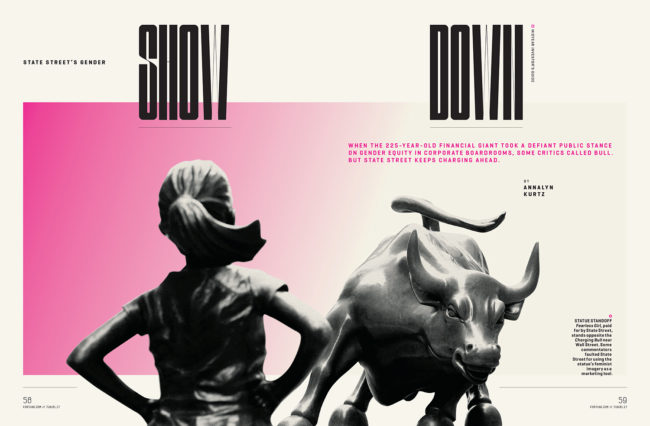 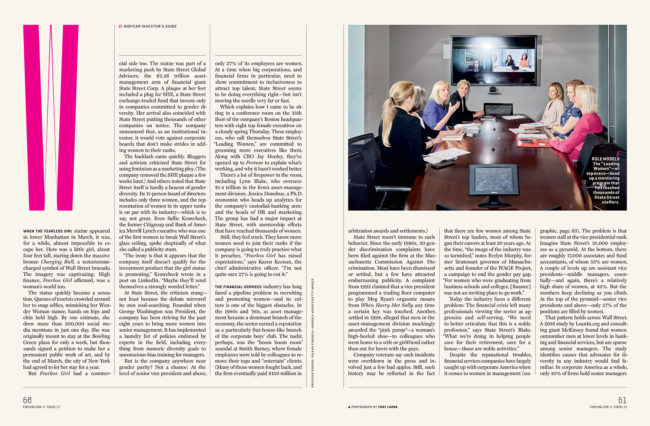 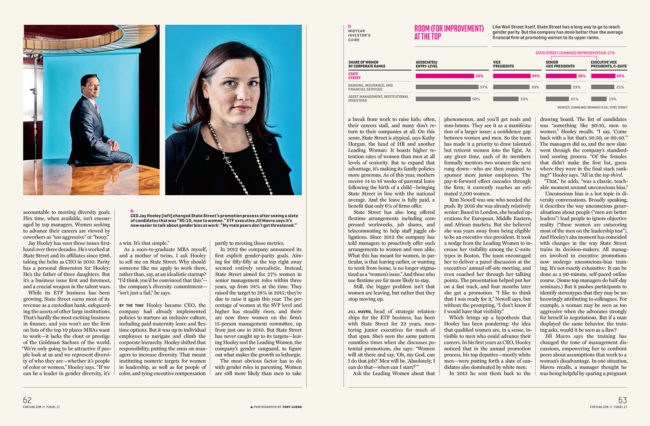 Heidi: I know this shoot presented you with some obstacles, what did you learn about yourself from this?
Tony: I often get hung up on which setups to do first, last, etc and then slowly turn into a time bomb of sorts. I learned that I can actually trust my instincts at times and allow that initial reaction to make it’s way to the surface without being hindered by apprehension and doubt. This process  allowed me to learn what pictures I like to make.

Great assistants are an asset on every single shoot, what skills did both Anthony Tulliani and Jake Belcher bring to the table?  How long have you worked with them?
I have worked with Jake quite a bit but it was my first time working with Anthony. They both bring a lot to the table in terms of knowledge, patience and having great communication skills, they are also talented photographers themselves. It helps when everyone involved is invested in the project rather than think their role is to just schlep gear around. It’s also nice being able to hang out outside of shooting time rather than feeling like you’re on a bad date.

Tell us about the time management crisis you had and how you overcame it all.
The first shoot day, we were on the 36th floor of State Street where we scouted and setup around 11am. It was my understanding that we would be shooting the CEO of State Street from 1-2pm and then another associate of the company from 3-4pm and we would have access to both the 35th and 36th floors for the entirety of the shoot (the 36th floor had more opportunities).

At about 12:30, we were told that the 36th floor closes at 3pm and that we would have be out and off that floor by then.  This last minute surprise with a half hour remaining before the first shoot began, I went over with Anthony that we would have to break down all the gear immediately upon finishing and even during this 1-2pm shoot in order to have enough time to re-setup for the second shoot on the 35th floor before 3pm. Fortunately, I keep things somewhat simple and minimal gear-wise so we were able to transport everything fairly quickly. Fortunately, we still managed to get 4 setups in with each subject.

The second day involved a group shot of 8 women at the firm, I was given permission to be a fly on the wall during the meeting and then was told I would have 15 minutes after the meeting for a more formal portrait. I was shown the room that we would be shooting in Friday afternoon after both shoots had wrapped and had scouted a spot. The morning of the shoot day, we arrived an hour and a half in advance to setup only to be told as we began unpacking that the room we were in wasn’t actually approved. We were then told that we could go back to the 35th floor conference room where we shot on the first day to do the group pictures. We packed up, went to the 35th floor conference room and luckily were able to apply the same concepts and ideas for light and positioning of subjects.

How many images did you turn in despite the hiccups?
I turned in probably 350 images for a lo res edit and then there were 7 or 8 high res in the end for both print and web.

A few outtakes below 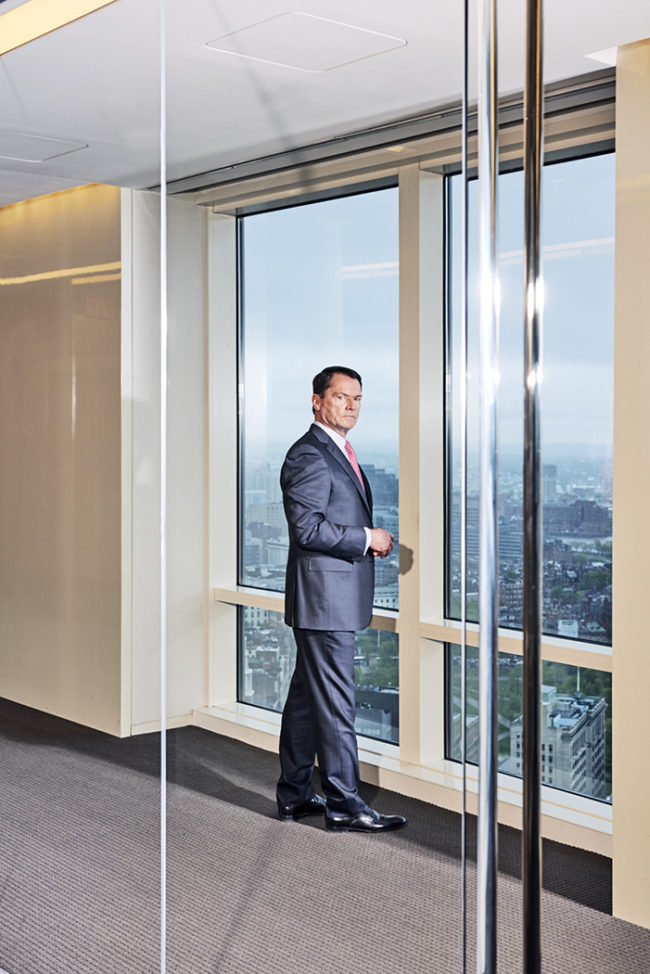 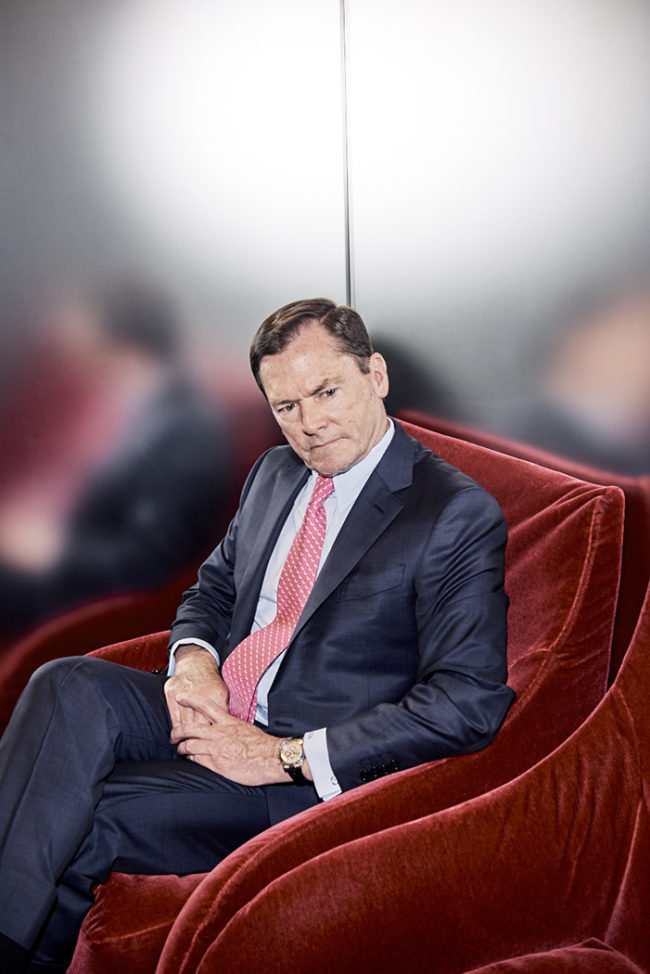 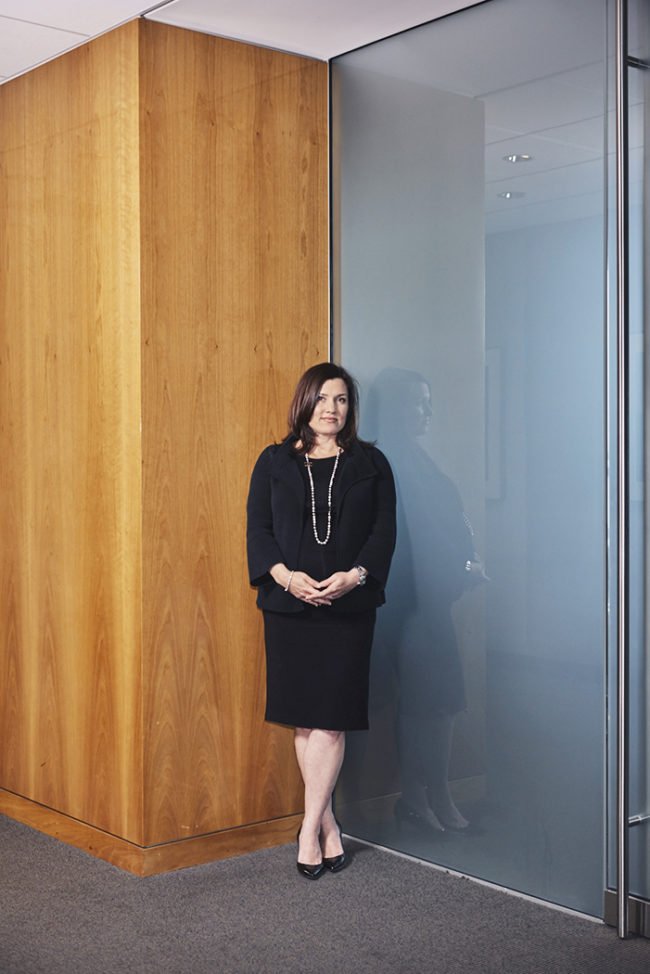 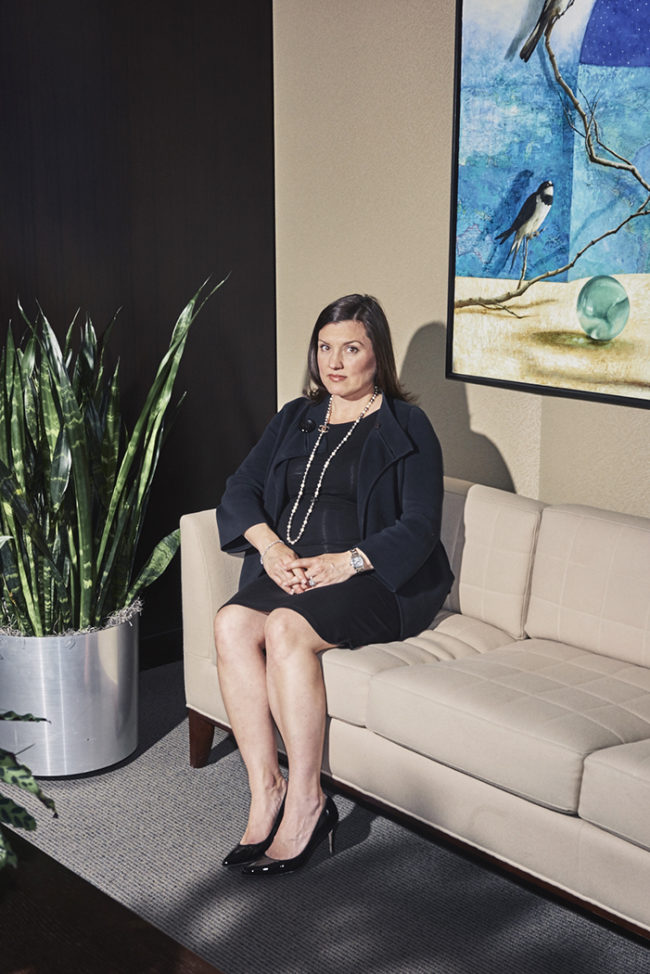 What kind of direction did you get from the magazine?
Since this was my first assignment for Fortune, Armin sent over some previous examples of how the stories get laid out; then we had a call and discussed l shot list. We both realized we had similar ideas about assignment work like this. Instead of conforming to what the office presents, we asked how can we turn the space into something for ourselves. Be by the use of a harsher light or showing the seamless, we disrupted the fact that we are shooting in an office space. Armin put complete trust in me and that’s was great.

What was the Fearless Girl statue publicity stunt and how did that key into this assignment?
The Fearless Girl state was part of a marketing push by State Street Global Advisors as an attempt to take on gender diversity in the finance world. This laid the groundwork and was a good jumping off point for the conversation that was had during the shoot about how important female mentorship and leadership in a predominately male industry is.

Tell us about the opening image.
The opening image is of the Fearless Girl statue from over the shoulder and the view you would see if you were in Wall Street at the installation. Originally there was intentions of using an image from the shoot to be the opener but in the end, Fortune decided to go with what you see here to further push a more cohesive look throughout the issue and round out the package of other stories revolving around investment guides. I’m still happy with how the turn pages came out.