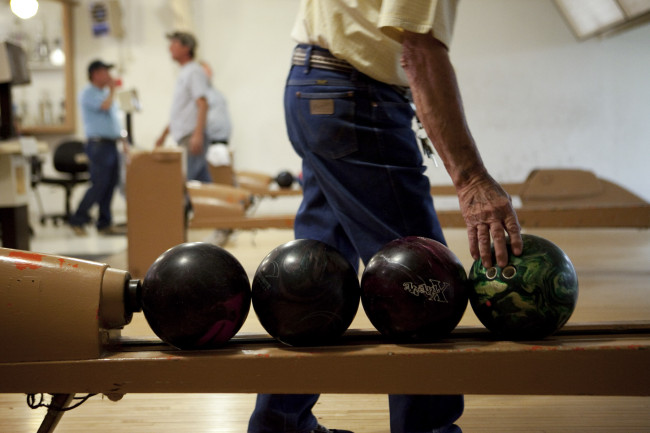 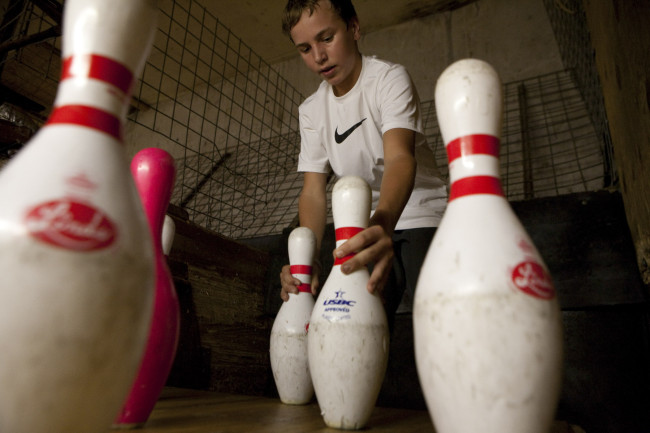 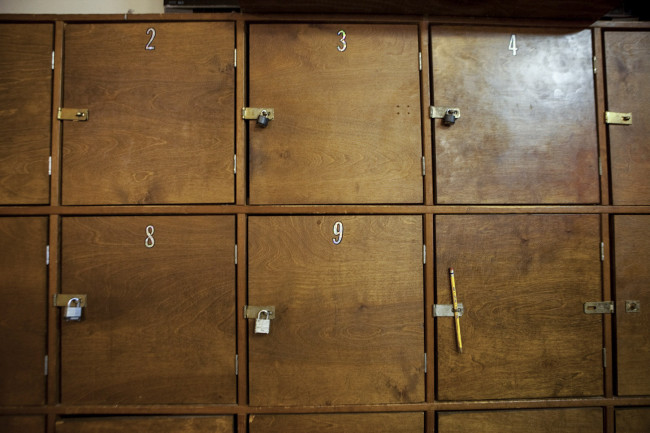 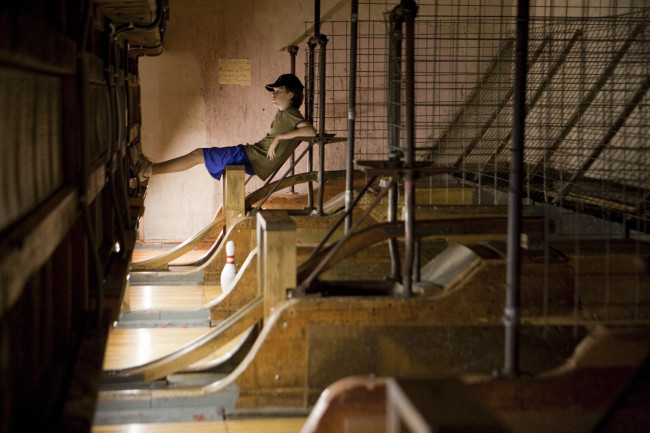 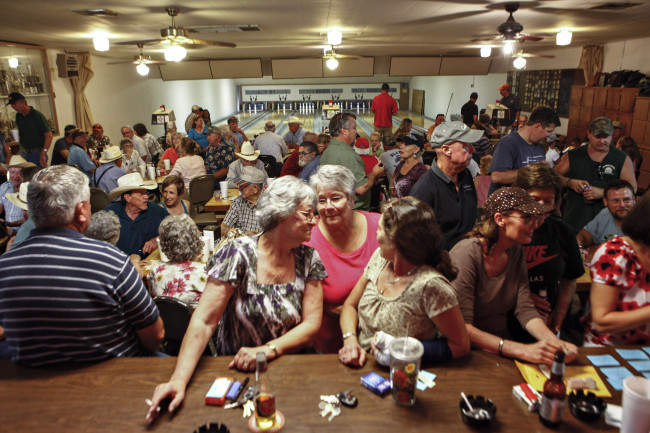 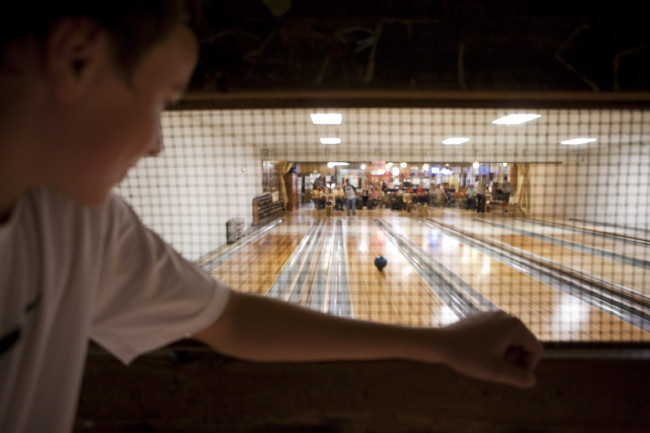 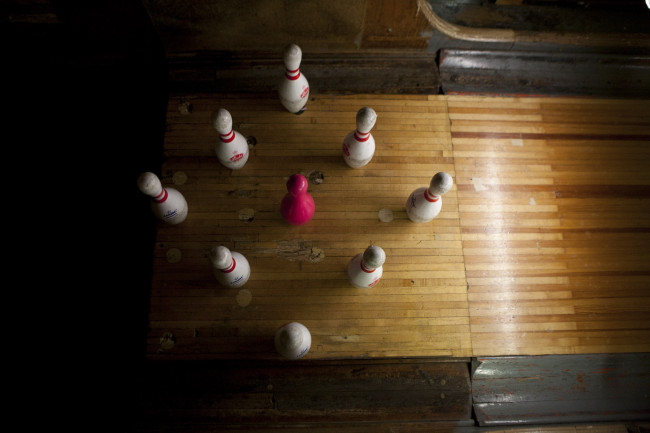 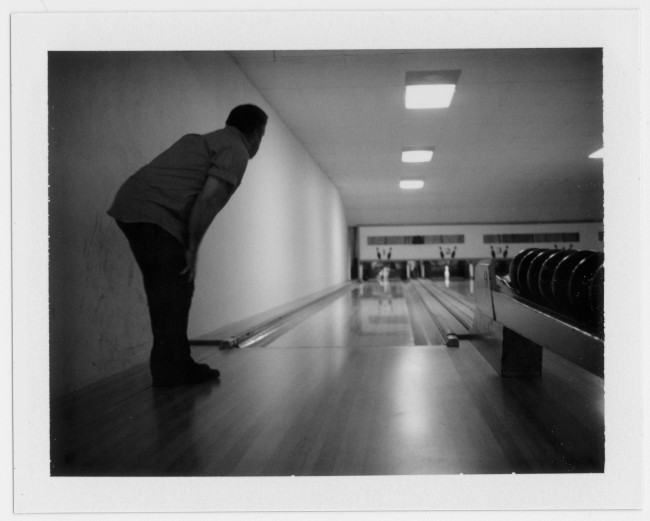 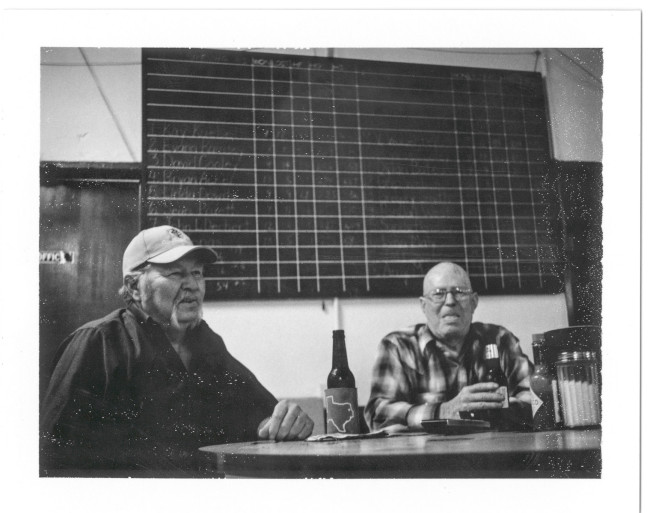 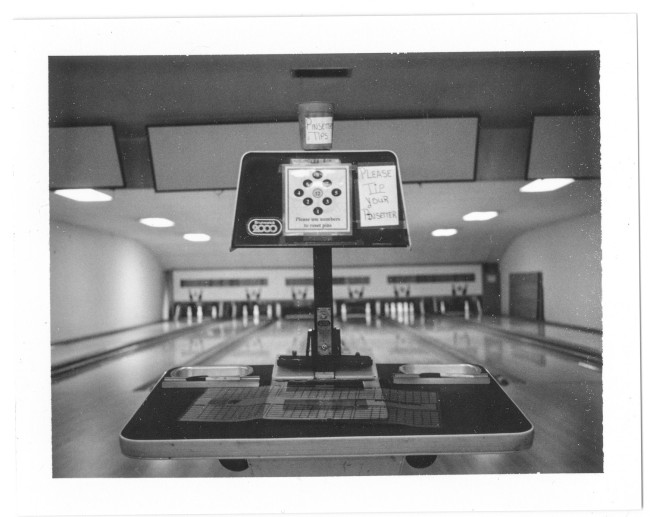 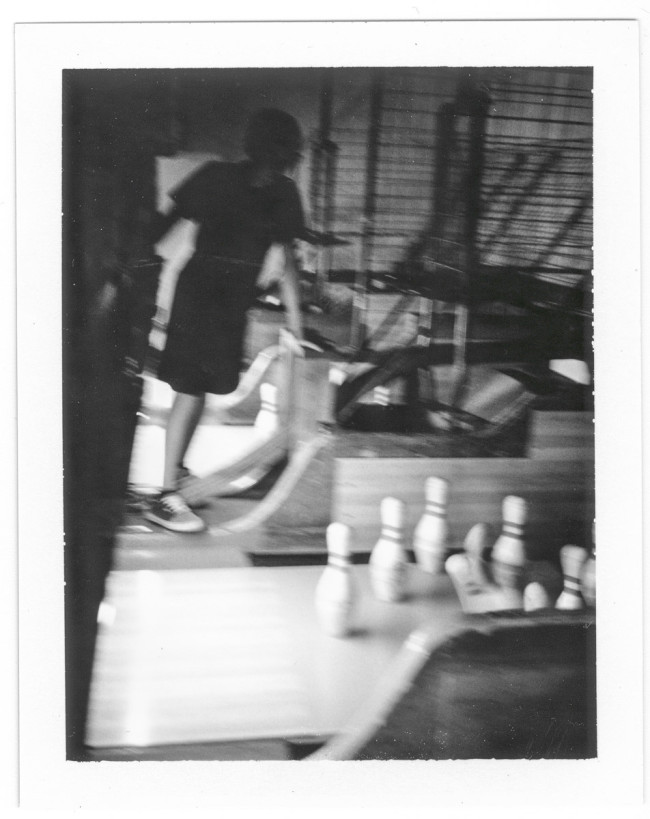 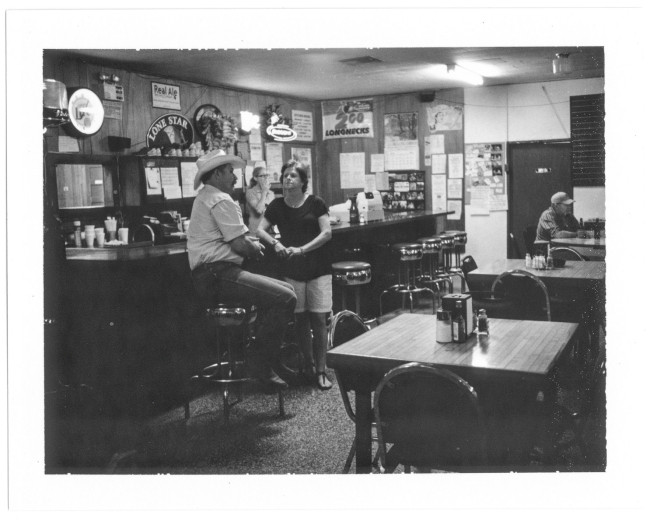 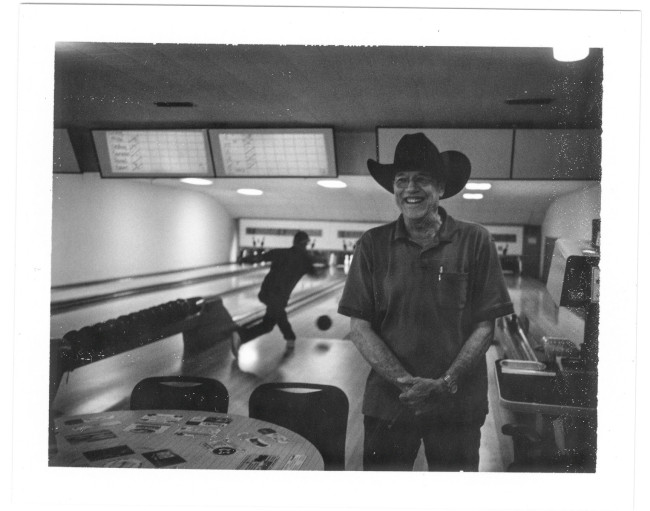 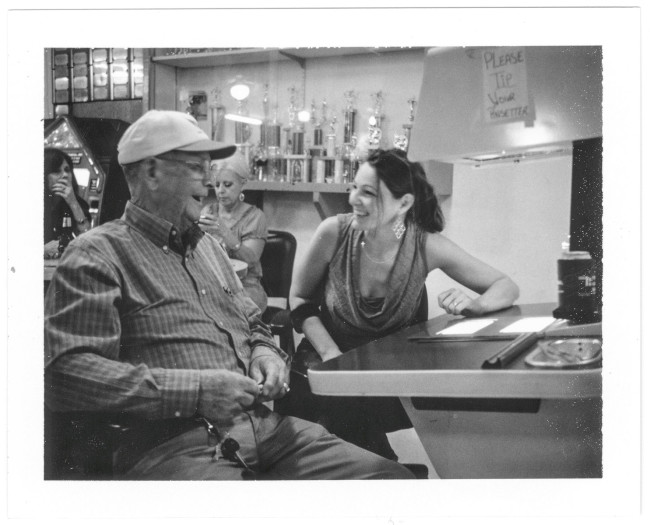 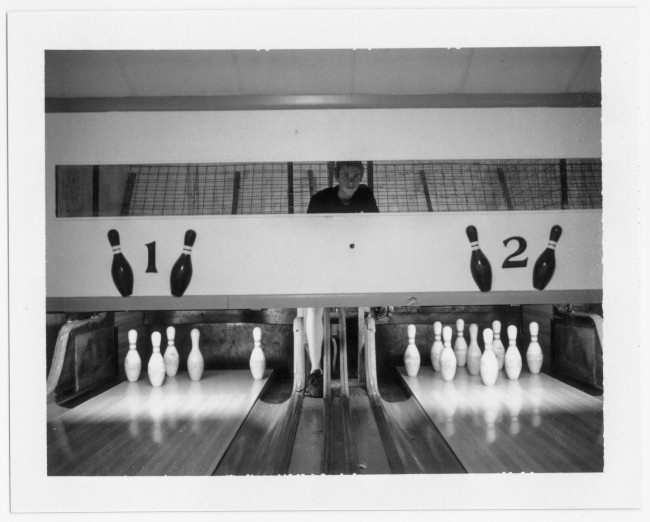 How long have you been shooting?
I started around the age of 4. My Mom got me a toy camera that took the most awful photos. What you saw was not what you got.

When I was 19, I started to approach photography from a professional perspective rather than something I did while camping in Boy Scouts. For more than 10 years now, I’ve been making my living as a visual storyteller.

Are you self-taught or photography school taught?
It was a little bit of everything. I am self-taught on the technical side. Then some mentors in college guided me through basic photojournalism and I started to tell visual stories.

After college, I traveled to expand my portfolio and began probing with my photography to explore sense of place and controlling chaos with composition. Then a brief stint at a portrait studio proved not to be the path for me, so I went to graduate school for photojournalism to build a network and focus on how to approach my work.

The program was very much “build your own path.” I studied under three exceptional photo professors: Dennis Darling, Donna DeCesare, and Eli Reed. They couldn’t have been more different from one another: the lifetime artist, the consummate thinker, and the restless soul, respectively. But they are each passionately heartfelt and uncompromising documentarians. Without them, I wouldn’t have continually pushed further with this Texas 9-Pin project. They encouraged me to grasp the mental and personal aspects of photography in a deeper way, and it’s made all the difference in my success as a professional.

With this particular project, what was your inspiration to shoot it?
Texas 9-Pin began as an off-the-cuff mention from a professor in graduate school. I spent my first night at the Blanco Bowling Club and Café meeting a few of the regulars and making images for a class. I felt at home there immediately, and was encouraged by the warmth of a few bowlers. I love connecting with people while making images and this was the perfect situation for that. They reminded me of my grandparents: Americans of primarily German descent who were avid bowlers.

When this project came to me, I didn’t expect it to connect me with my family’s history. The sounds, smells, and family atmosphere pulled me in, reminding me of how present both bowling and photography were in my childhood. The inspiration to keep shooting grew with each visit.

Shooting “polaroids” is what elevated the whole project for me. It did two things: 1) The photos drew the subjects to come physically closer and open up to me. It allowed them to feel a part of the project because the photos existed in the analog world, not digitally. The nostalgia outweighed the fact that I was an outsider likely going to put them on the Internet. And 2) They brought the Texas 9-Pin project full circle from a class assignment initially to something deeply personal.

The story was about the collision of tradition and modernity, growth and change, age, etc. It was everything I was looking for. It stirred me emotionally in ways I only began to understand a year into covering it, when I finally started shooting with my Grandpa’s Polaroid cameras, a Land Camera 250. I hadn’t fully appreciated how my grandparents’ decades bowling and my Grandpa Herb’s cameras related to my love for people and social issues. The people I was connecting most strongly with, the older generations, gave me great perspective on just how much history our elders take with them.  They became living symbols of my grandparent’s love for bowling, something I had never experienced with them as an adult. And there I was documenting it with my own brand of photojournalism-styled snapshots with the very camera Grandpa used to document his family. Though he passed several years ago, it felt like I was creating new memories with him. The last 6 months became a torrent of peel-apart film.

Now, two and a half years since I was last shooting there, I think the project worked so well because it connected those mental and personal aspects of photography. It was a slice of my family’s past mixed with the social issue of modernity conflicting with tradition.

And the cheap beer from a fantastic local brewer in Blanco didn’t hurt either.

How many years have you been shooting this project before you decided to present it?
I spent a little over a year and a half on it until I felt like the project was ready… and I worked on it so long that it supplanted my original thesis idea and became my final report for my graduate degree. I’d love to do more someday. I think there’s a bigger story here.

How long do you spend on a personal project before deciding if it is working?
I generally know within a few outings if a project is something I want to pursue. If it is working for me, a project will start to keep me awake at night. I am always competing with myself, thinking about how I will top the previous “best shot” or push myself further.

With Texas 9-Pin though, I knew it was special the first night but it took me nearly a year to start shooting with the Land Camera and the Fuji peel-apart film.

Since shooting for your portfolio is different from personal work, how do you feel when the work is different?
I actively try to make my personal work different and push my boundaries because being stagnant doesn’t lead to anything new or better. But, when it comes down to it, I feel like I am always just shooting to satisfy myself when I am working on a personal project.  It just so happens that I am rarely satisfied with individual outings or images so I push myself into new places. I think the work benefits from my internal competitive drive.

Have you ever posted your personal work on social media venues such as Reddit, Tumblr, Instagram or Facebook?
I have never made much effort to put my personal projects out on my social media pages. But, over the last few months I have become very aware that I can build audiences for my work and for the things I care about. Just last week I started organizing stories and images to start sharing regularly.

If so, has the work ever gone viral and possibly with great press? Have you printed your personal projects for your marketing to reach potential clients?
Never. I send the occasional email or update but I know I am too timid about self-promotion in general.

BIO
Spencer Selvidge is a freelance photojournalist based in Austin, Texas, who specializes in visual storytelling with sound, video and stills. A native of St. Louis, MO, he took his first photos at the age of 4 and spent many weekends throughout his childhood selling newspapers for the family business and taking pictures in Boy Scouts.

He is originally a self-taught photographer and first cultivated his skills while earning his degree in biology at Texas A&M University. A while later, Spencer returned to school and completed a masters degree in photojournalism at the University of Texas at Austin. He has traveled extensively with the aim to explore cultures and issues around the world as well as at home. Spencer is enthralled with and devoted to respectfully and ethically capturing the individual essence of his subjects and stories – especially when he can shed light on and help create awareness about important issues.

ARTIST STATEMENT
Texas 9-Pin Bowling — Like photography, bowling had been a regular family event when I was growing up, and the sounds of pins crashing, the smell of the diner food, the patina of years of Texas heat and cigarette smoke, as well as the family atmosphere, pulled me in to this project.

Documenting the survival of this cultural oddity known as bowling, was important to Texas and bowling history as well as my own personal connections to my family.

Ninepin bowling was originally an outdoor game brought by European settlers to the United States but largely outlawed by the 1930s. Today, a version of it survives as a cultural relic in the small German-heritage enclaves of Central Texas thanks to tradition and family values. In most of the country, bowling alleys were places filled with men drinking and gambling, so states and counties outlawed it wholesale. The crime term, “Kingpin,” is one of ninepin’s lasting legacies, and is derived from the special middle pin used in the ninepin game. This is why the ten-pinned game most Americans play today exists, to skirt laws that banned the previous version of the game–but not in small Central Texas towns.

Here, the game was never outlawed because it was a team sport, unlike its newer cousin, that was often a post-church or after-dinner family affair in small towns. Texas’ version of ninepin bowling, still played in similar forms in New England and internationally, has 17 or 18 alleys spread over four mostly rural counties in Texas’ Hill Country.

The Blanco Bowling Club has survived decades of declining membership and annual shoestring budgets, and faces real challenges to maintain relevance in an ever-evolving world of technology, activities, entertainment and, sometimes, economic uncertainty. The club, and to some extent the town itself, is and has been under a quiet assault from the modern world for decades while some residents do their best to hold on to what was and hope for a future that includes old traditions.

You can read my master’s report here, to see more and learn about how ninepin is different, the 2000+ year history of bowling and why ninepin has managed to survive in Central Texas.