Some people party for fun. Others do it out of habit. Still others because it distracts from deep sorrow. Until they wake up the next day, with yet more to forget. (And more rotgut to swill.)

I don’t binge drink anymore. I don’t feel nostalgic for lost evenings stumbling around cities, the dark world vibrating before my eyes. I remember the feeling well, though, like a phantom limb.

But I don’t miss it.

At first, it was fun, as I was a “good boy” who never had the chance to rebel, as a youth. By the time I got around to it, I gave it my all, vomiting with regularity. Fighting too. And yelling. But it never turned me into the lothario I craved to be.

Realistically, I wouldn’t be the me I am today had I not made my share of mistakes. And I certainly had some good times. It’s a phase, for most of us, and then we grow out of it.

I suppose the 70’s might quibble, but I think the 80’s were the most phase-like decade ever. Everyone was happy when it was over.

The end of the Disco era saw a New York awash in drugs, sex, and the diseases they spawned. Mostly AIDS, of course. But the city had not-yet-recovered from the dank 70’s, so it still appeared a ruin, in many ways. Pre-Internet, Pre-Guiliani, it really was Gotham.

I picked up on bits of the vibe, through the evening news, and on occasional trips into NYC with my folks, to catch a Broadway play or a baseball game. (That’s what the Bridge and Tunnel folks did.)

But my take is only tangential. Occasionally, you’ve got to go to the source to see, feel, or know what went down, all those years ago. Thankfully, we can do just that.

“Invisible City,” by Ken Schles, is a photo-book I’ve heard of many times, but never seen. Frankly, I didn’t have a clue what it was about. But it’s been re-released by Steidl, so now we all have the chance to flip through a touch-stone of the 80’s, New York City style.

The book doesn’t tell you it’s New York, and it doesn’t have to. The night time, the grime, the Brooklyn Bridge, they all conspire to let us know where we are. The decay of the city, the fashion, give us the time period. (As do the end notes, which inform us the book was originally released in 1988, designed by New Mexico’s own Jack Woody.)

At first, I was thrown, because the pictures are not uniformly excellent. They’re not the kind of photographs that make you envious of the artist’s talent.

The effect is more cumulative, as it should be, in a good book. Picture after picture is blurry. Grainy. The camera was constantly in motion, which is a damn good structural metaphor for a city that never sleeps. There is graffiti, and street lights, and a baby carriage standing, alone, in a creepy hallway.

Cafe Bustelo shows up twice, which proves these guys were keeping it real.

We see lots of drinking, but none of it emblematic of joy. It’s more the addiction variety, with women half-passed out on the toilet, or cross-eyed drunk in a restaurant. We sense a bohemian scene, not unlike Nan Goldin’s friends, but here it never coalesces into a redundant vision.

There is a picture of two people copulating like animals in a ramshackle courtyard that was perfectly set up by a picture of pretty flowers overlooking a similar space. There are boobs, of course, because Boobs Sell Books℠.

Overall, we enter a space in time, and then we leave. I looked at it again, as soon as I was done, just to double-check that the world was there waiting for me, while the cover was closed.

There are excerpts from the kind of writers that give pictures like this high-level-intellectual-street-cred: Kafka, Baudrillard, Orwell. They were helpful and appropriate pieces of writing, but masked an important reality. Ideas, words, often take priority in a certain kind of art: the kind that alienates, and claims the high ground.

Pictures like this, though, speak to the gut. They isolate time from itself, which needs little philosophical underpinning. But I guess, if you’re going to make a classic book, backing up your ideas with heavyweights is never a bad call. (Duly noted.) 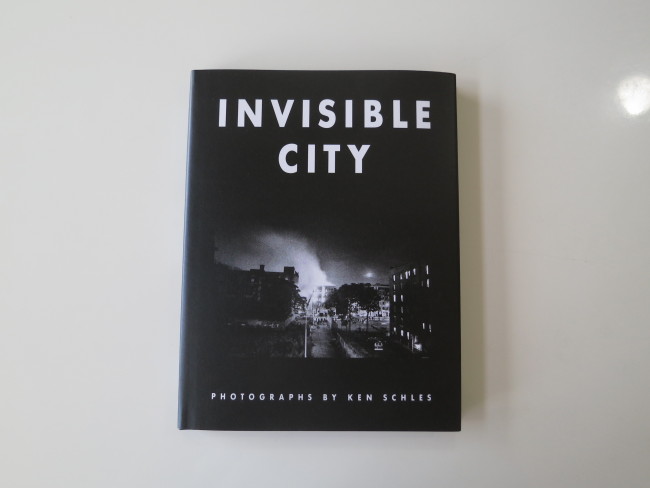 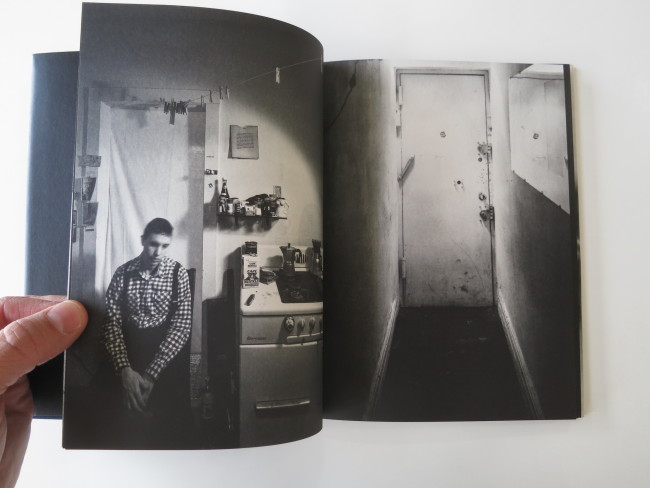 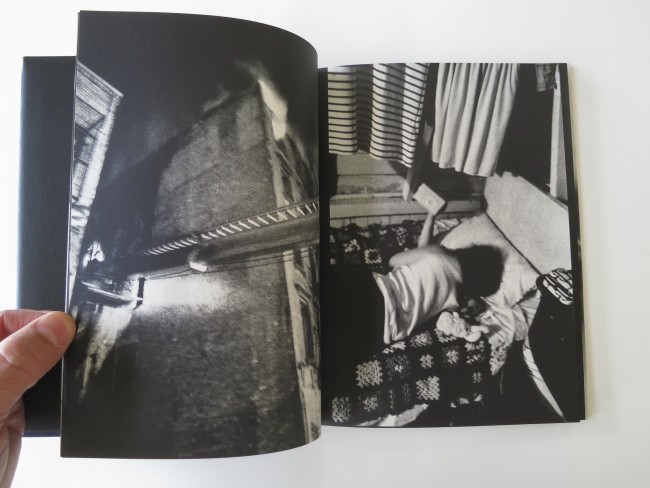 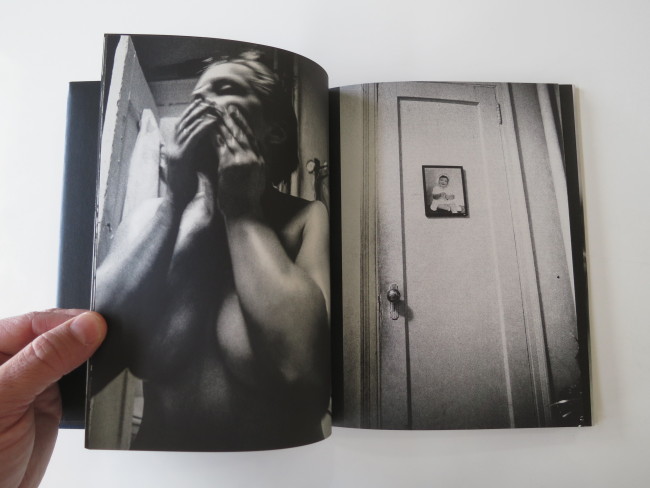 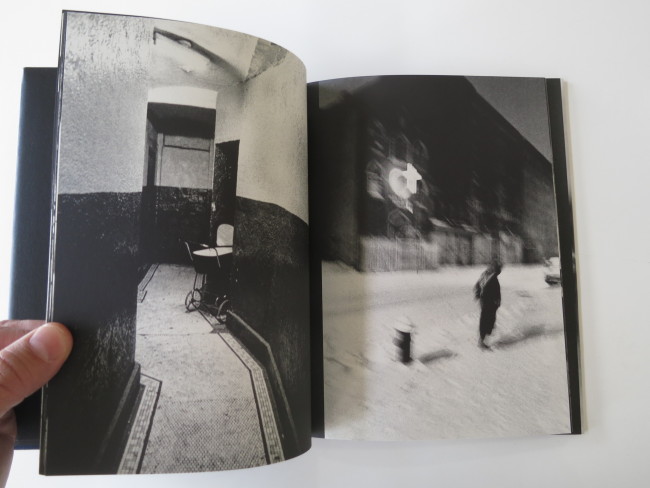 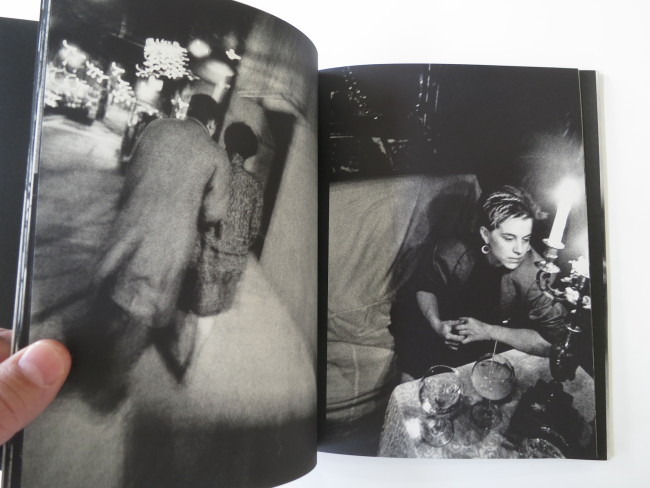 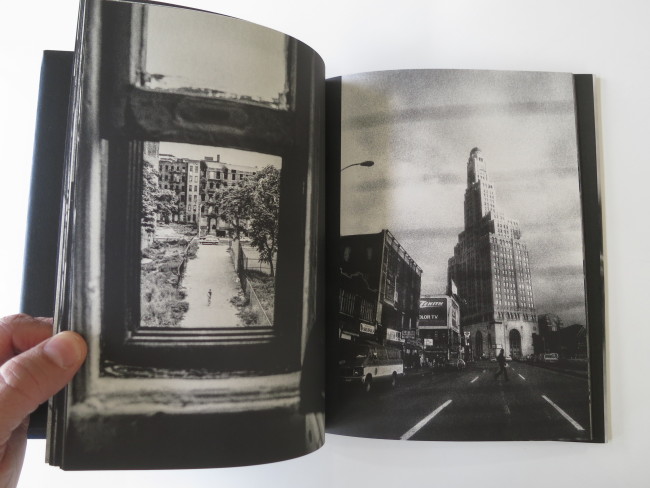 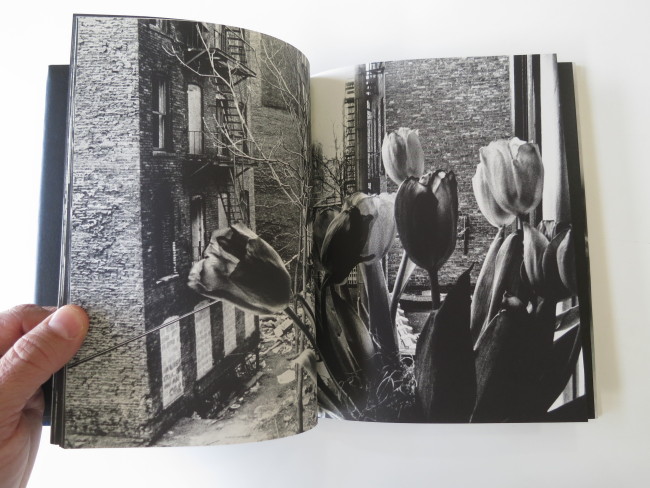 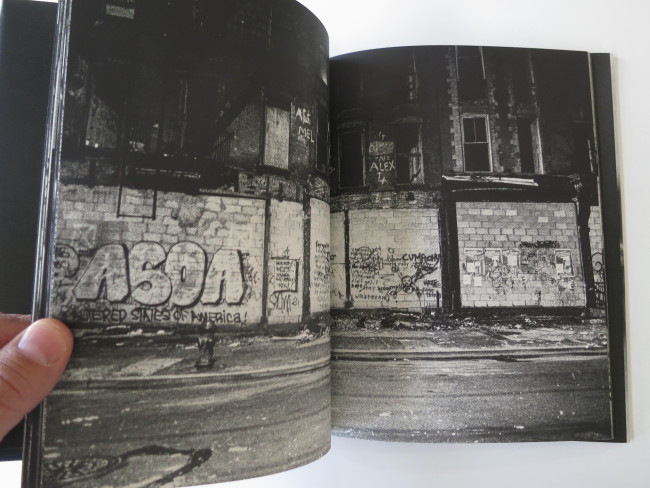 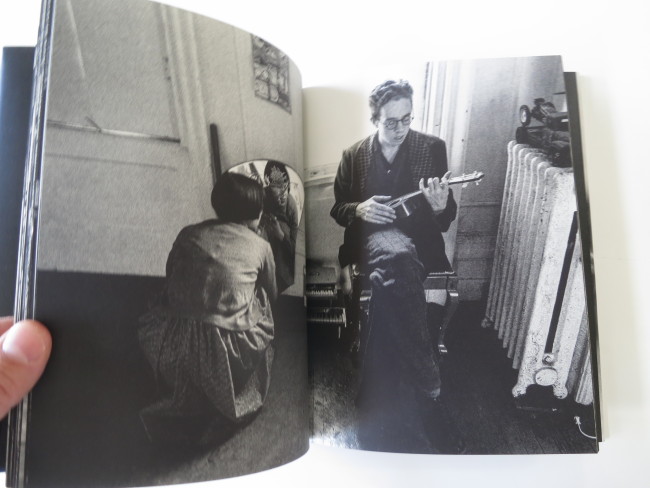 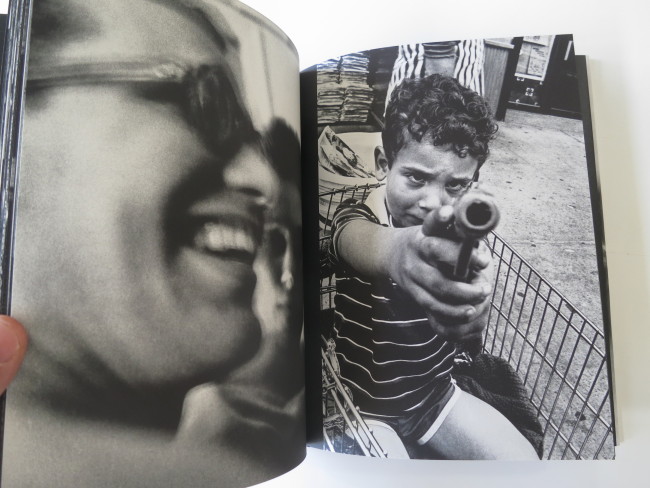 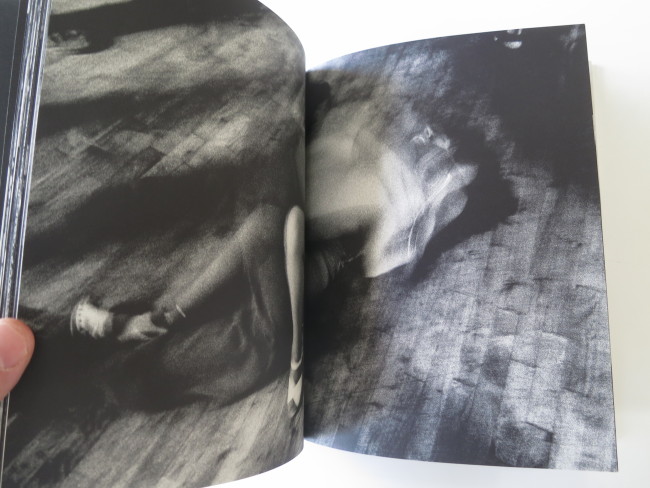 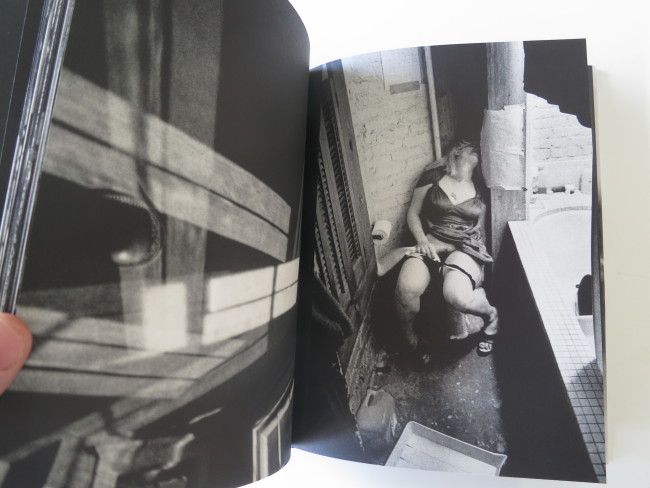 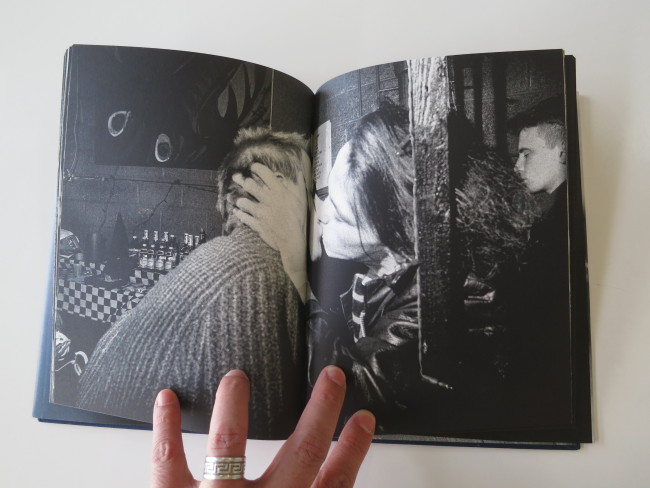 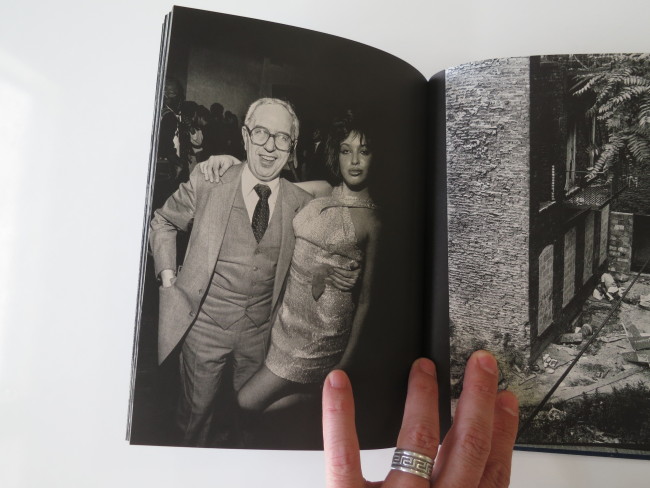 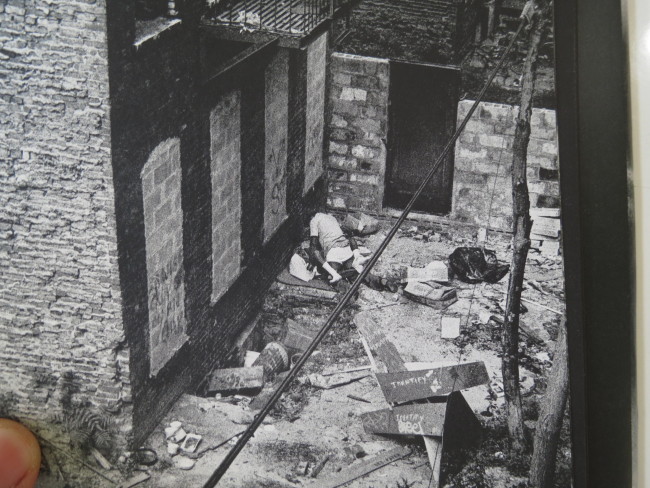 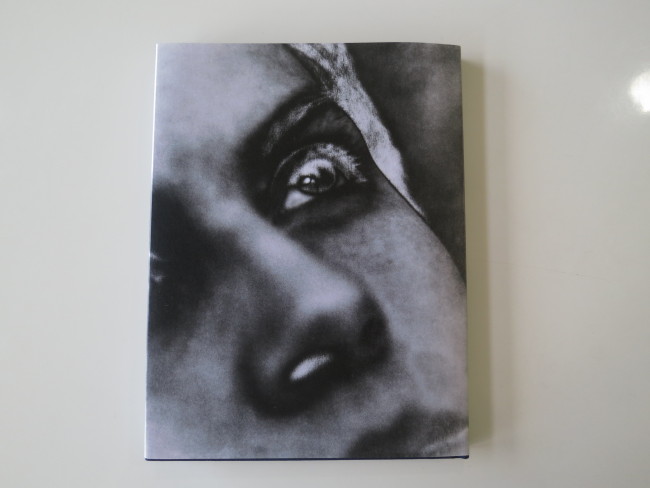 The Art of the Personal Project: Spencer Selvidge