It seems an antiquated concept: a “television program” that “came out” once a week, on a cable channel, with commercials.

(It ran on AMC, the network behind early century masterworks “Breaking Bad” and “Mad Men.”)

“Better Call Saul,” if you’re not familiar, was set in Albuquerque as a prequel to “Breaking Bad.”

The two shows were part of the Vince Gilligan IP Universe that also includes the Netflix movie “El Camino,” and doubtless more to come.

That’s not what I want to talk about.

What I want to talk about is, “Better Call Saul” was a masterpiece.

Not saying this is necessarily better. (Though it is probably as good, like “The Wire” level excellent.)

And just talking about all these anti-hero shows with straight White male leads gives me the queasies.

Despite his name being in the title, “Better Call Saul” was about so much more than Bob Odenkirk’s Jimmy McGill/Saul Goodman/Gene Takovic.

Week in, week out, the acting was inspirational. Along with Odenkirk, Rhea Seehorn’s Kim Wexler performance was an all time great, as was Jonathan Banks as (for most seasons) co-lead Mike Ehrmentraut. 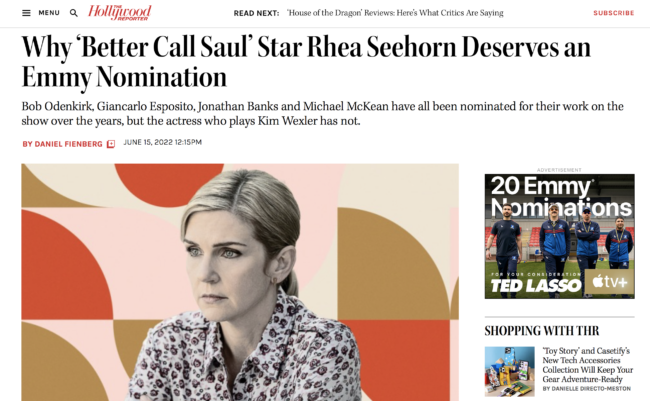 Among regular players, off the top of my head, Michael Mando, Giancarlo Esposito, Tony Dalton, Patrick Fabian, and Michael McKean all put in next-level work.

The legit heartbreak I felt as a viewer, watching Mando’s fan-favorite Nacho Varga sacrifice himself to save his father, earlier in the final season, was “Old Yeller” level sad, and that was just one part of the ride.

Or Tony Dalton swaggering around every scene he’s in as the menacing/charming, near-superhero level badass Lalo Salamanca?

No day-player, walk-on ever slouched, either. (Can we give a shout out to “Parks and Rec” legend Jim O’Heir, who killed it in a late season cameo!) 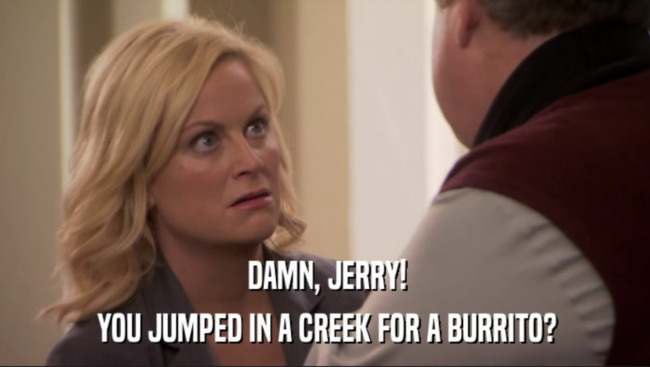 The writing was mind-blowing, with respect to nuance, symbolism, plot and character development.

New Mexico was more an integrated backdrop than a heavy hitter, but that felt organic to the story too.

The cinematography so often made me think, or hit the pause button, with meticulous framing and camera placements.

Beyond that, I loved the emotional resonance, and non-traditional storytelling styles.

“Better Call Saul” was a slow-burn tragedy that always had Bob O around for a quick “sad clown” laugh.

And this is an actor talented enough to have won fans for his absurdist “Mr. Show with Bob and David,” in 1995, before morphing into a John-Wick-level badass in the 2021 sleeper action hit “Nobody.”

Who has more range than that?

For six seasons, no matter how many times it looked like Plucky Jimmy McGill might just turn the corner and make good, you’d remember you already knew where the finish line was: he ended up as Slick Saul Goodman, and then Sad-Sack Gene Takovic.

(Time to make the Cinnabons.)

Facing a mere 7 years in a cushy federal prison, he burned down an agreement with the government, and came clean in open court, in order to win back his self-respect, and the love of the great Kim Wexler.

They gave him 86 years in a freezing Colorado Supermax instead.

After six seasons spread over 7 years, the BCS creative team stuck the landing with a brilliant extended finale on Monday night, and maybe I’ll leave it there.

I guess you could watch the entire show, in a binge, on AMC+, if you were so inclined.

As an art critic, I’d highly recommend you do so, but hey, what do I know?

The Art of The Personal Project: Amira Karaoud