This weekly column is coming to an end.

I’ve sat on the news for a while, waiting for the right time to drop it.

I should say, straight off, that I won’t be going away entirely.

You’ll still get to read my rambling, discursive musings every other week, here at APE.

But on October 7th, 11 years after I began writing for you each Friday, the streak will be snapped.

The photo industry is not remotely what it was, when I began the column in 2011, and change is a healthy and natural part of life. (Especially as this blog is supported by neither subscription fees nor ads.)

It is what it is, but I must admit, after living under the yoke of a weekly deadline for this long, I’m excited to see what it’s like without the structure.

So after today, only five (weekly) columns left.

It all began when I was on the hustle, during The Great Recession.

In the late spring of 2010, Rob Haggart put out a call for images of the cataclysmic economy on APE, (a colleague was looking for photos for a story,) so I sent him a project I had.

I was psyched Rob replied, liking the pics, so I told him I was about to attend two big photo festivals, back to back, and as a burgeoning blogger, perhaps I could report on them from the field for APE?

He agreed to publish my articles, and liked the work, so he then offered to pay my expenses on a trip to NYC, to cover the PDN Photo Plus Expo for the blog.

(As you might image, I was blown away, and jumped at the chance.)

A guy I knew on Twitter, Richard Bram, told me he’d be there too, so we agreed to meet up in the cavernous Jacob Javits Center on the West side of Manhattan.

We connected, and I found Richard charming, knowledgable, agreeable, and just fun and easy to be around.

In the end, I mentioned Richard in the article, and so began a long and fruitful friendship.

He’s been featured in more articles than anyone else, as off the top of my head, I recall a festival in Houston, museum visits in Brooklyn and London, eating in a little Ramen shop in the East Village, and a fish and chips joint on the Thames in 2019.

And wouldn’t you know it, but for the first time ever, Richard came to visit last Friday, and stayed the night here at our place.

The timing was perfect.

I’ll be in New Jersey next week for my first major photo/writing gig for a big-time, international publication.

As such, I’ve spent weeks checking my gear, ordering new equipment, and building a battle plan to be the mobile, nimble, 21st Century digital journalist on the go.

So of course Richard and I would end up testing equipment, talking endlessly about the intricacies of fill flash, and geeking out as hard as we could.

Richard admitted he’d been in the theater growing up, with parents who acted in local community productions.

He also has a distinguished face, and knows how to use it.

Therefore, Richard modeled while I switched cameras and lenses, tested out my lighting kits, and did a deep dive into a different type of photography.

(Most of the time, I think myself more artist than photographer, but I’ve shot my share of weddings, headshots, passport photos, graduation pics, etc.)

Here are a few of my favorites. 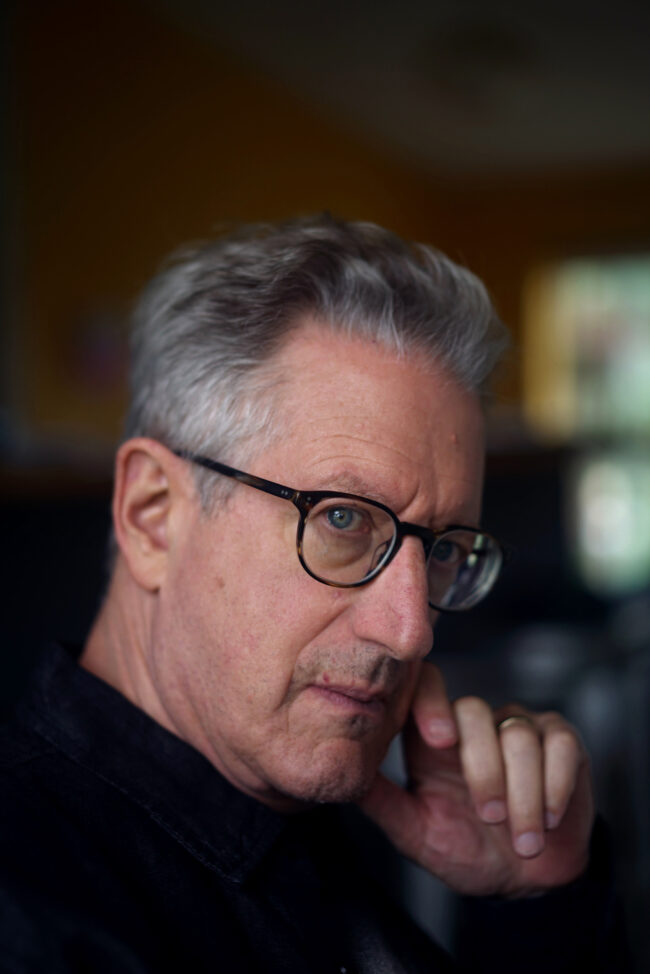 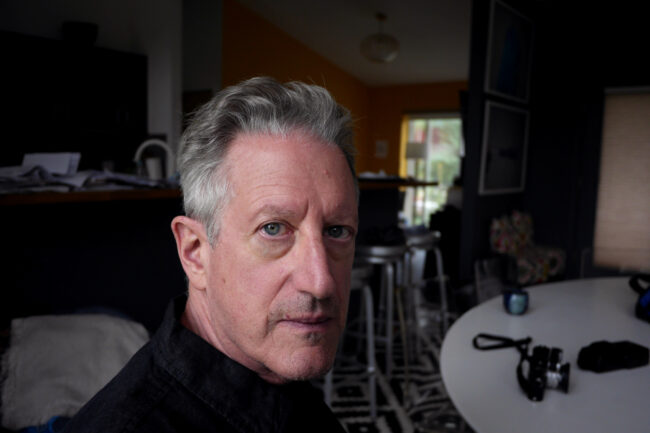 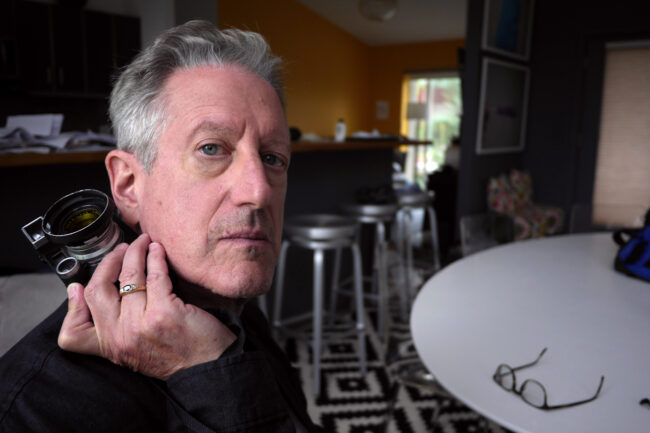 {Ed note: To reiterate, this is the end of an era, not my time here as a writer. You’ll still get me 2x a month.}

As gifts, Richard brought a lovely woodblock print he’d made in Oaxaca this winter, and a ‘zine that came out last year. 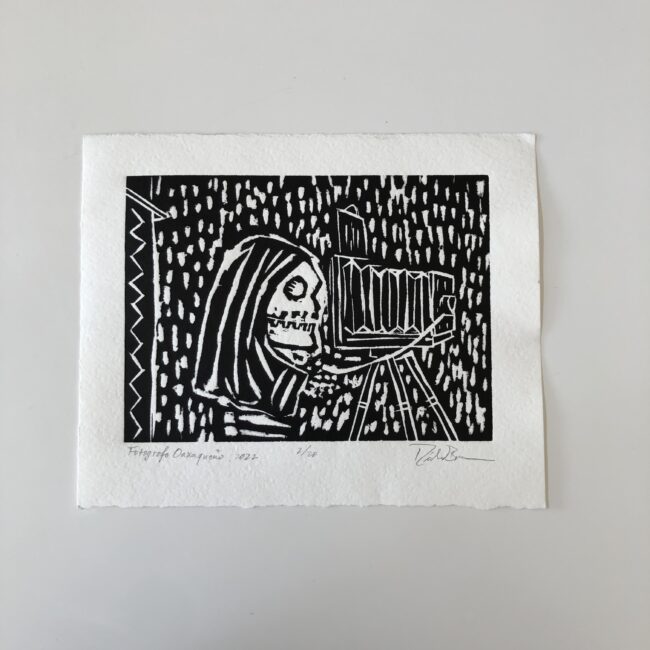 Normally, I look at submissions in the order they arrive, but have made exceptions over the years, (including with Nancy Baron’s ‘zine recently,) so we’re going to check it out, but keep it brief.

(Since I dropped some big news on you at the outset, we’ll go short and summery today.)

It features many looks at Isamu Noguchi’s classic sculpture in Lower Manhattan, which was a block away from where Richard and his wife lived during their New York years. (In between stints in London, but in case it’s not clear, Richard is American.)

There’s not much to say about this that the photos below won’t show.

It’s a series of street photographs in the Financial District of NYC, and feels like a love letter to the city, now that he’s moved on.

New York has been featured more times in this column than any other locale.

I’ve covered countless NYC gallery and museum exhibitions over the years, hit the High Line, eaten at the cronut shop, dodged snowflakes the week before Superstorm Sandy, gorged on pizza, and done a 6 year stint at the NYT, all during the time of this weekly column.

I had a daughter, got two dogs, built a career, saved my wife from the ravages of clinical depression, made countless friends, lost some too, was a college Art Department Chair, traveled the US, blogged for The New Yorker, and learned more about the world, my craft, my community, and myself, than I ever could have imagined.

So I hope you enjoy this last 6-week run, (including today,) before I retire the weekly-columnist-mantle.

I appreciate all the time and energy you’ve given us over the years, and the opportunity Rob has provided.

Hope all is well, and catch you next week! 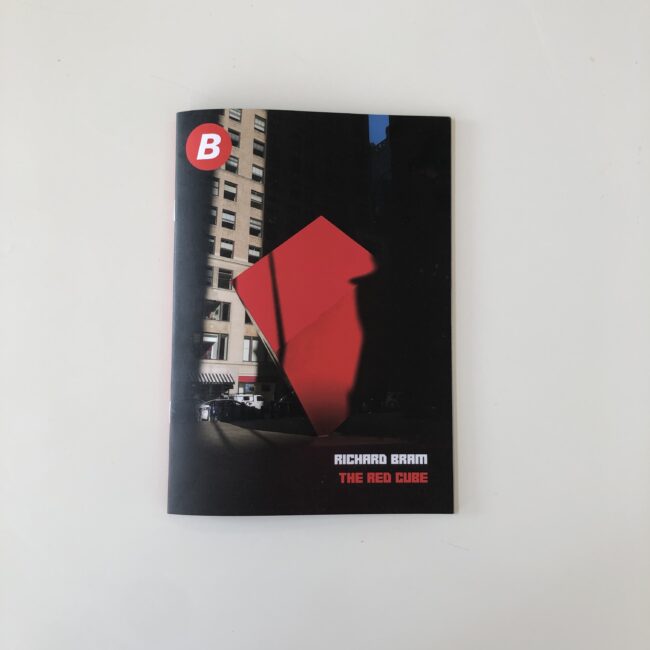 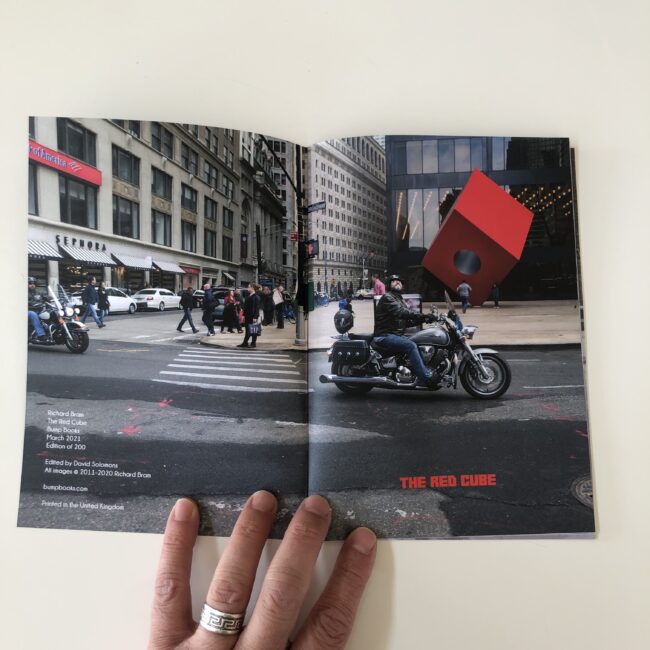 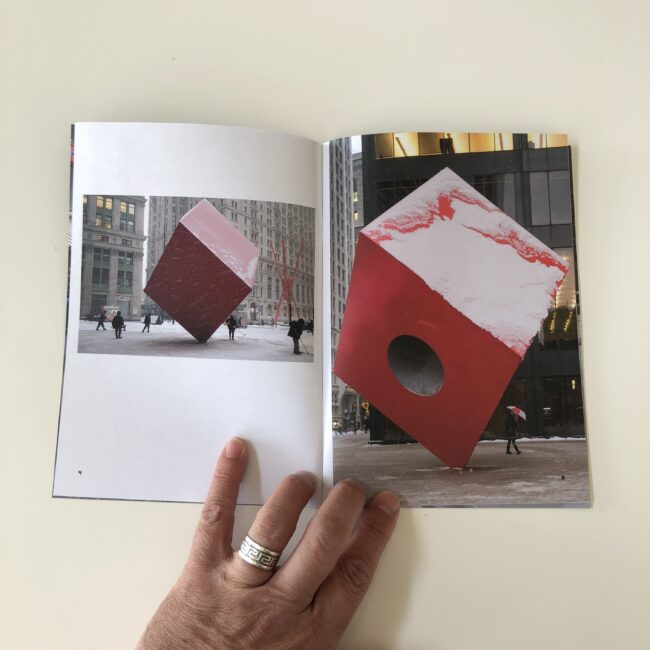 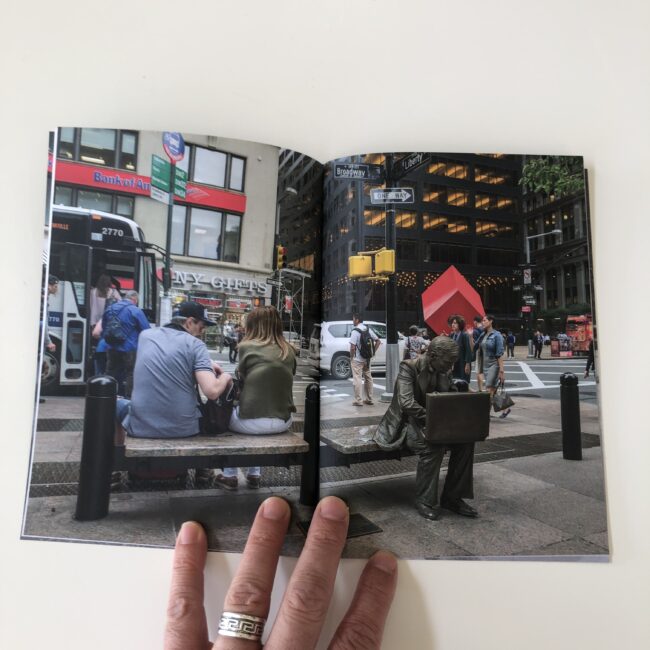 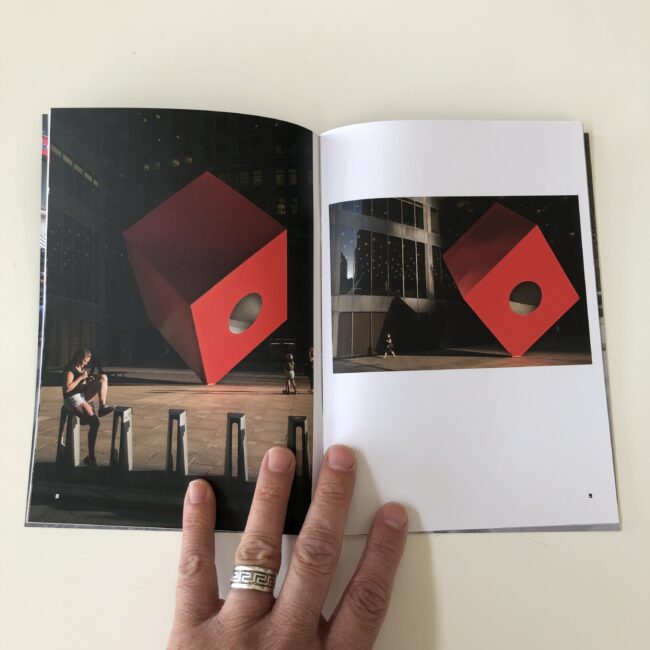 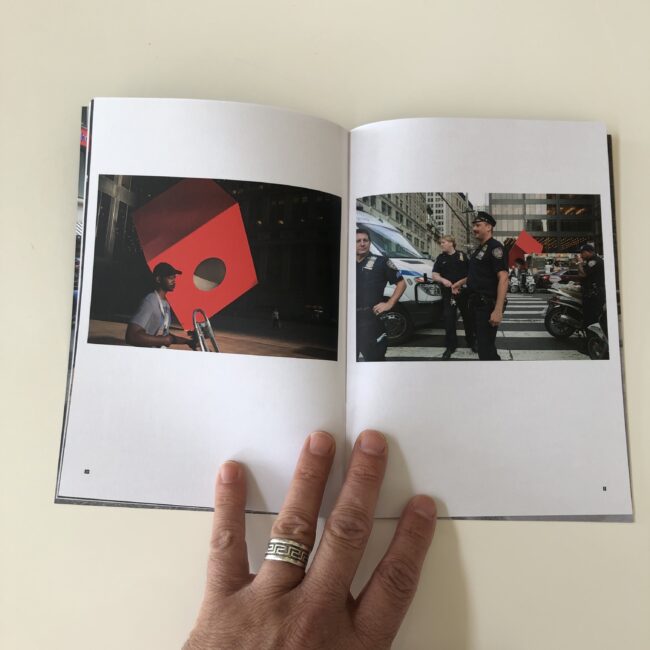 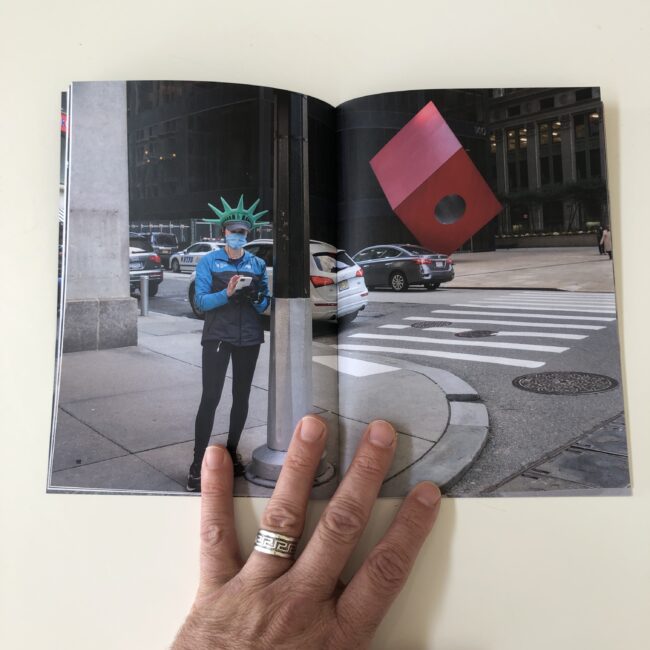 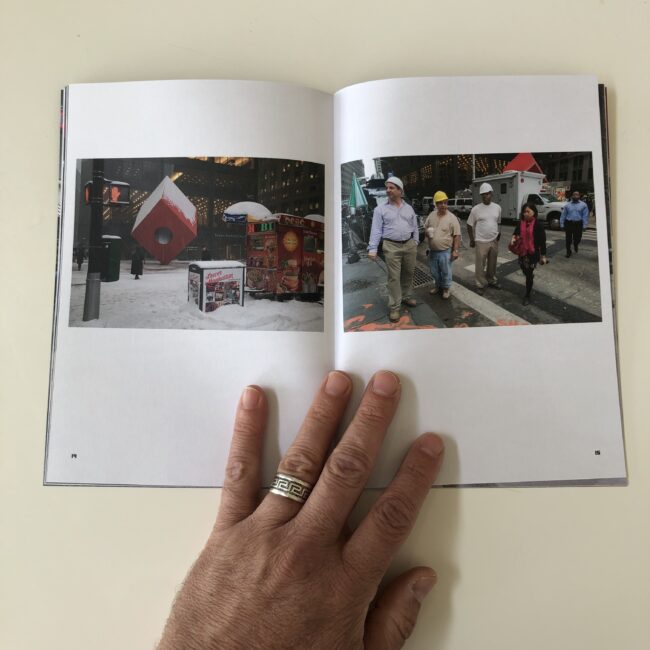 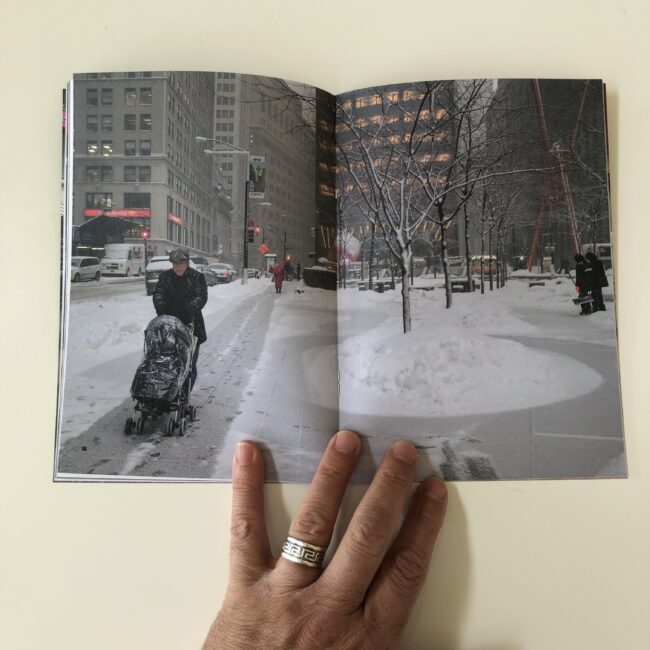 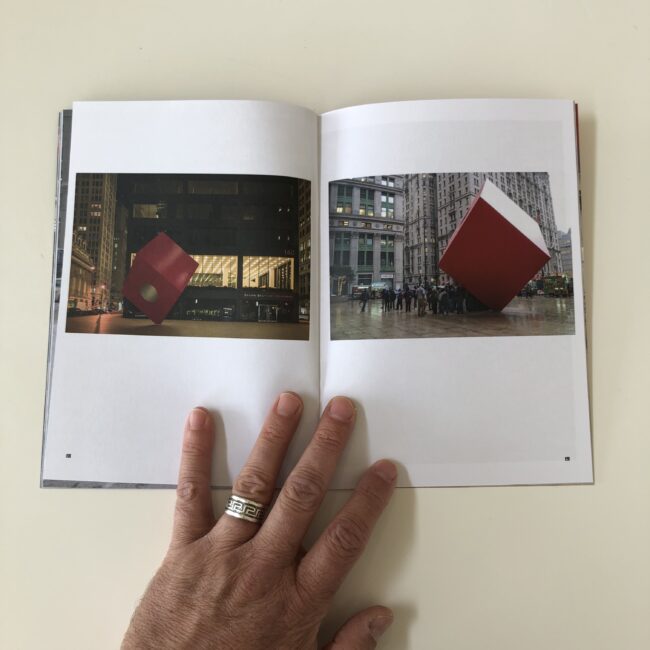 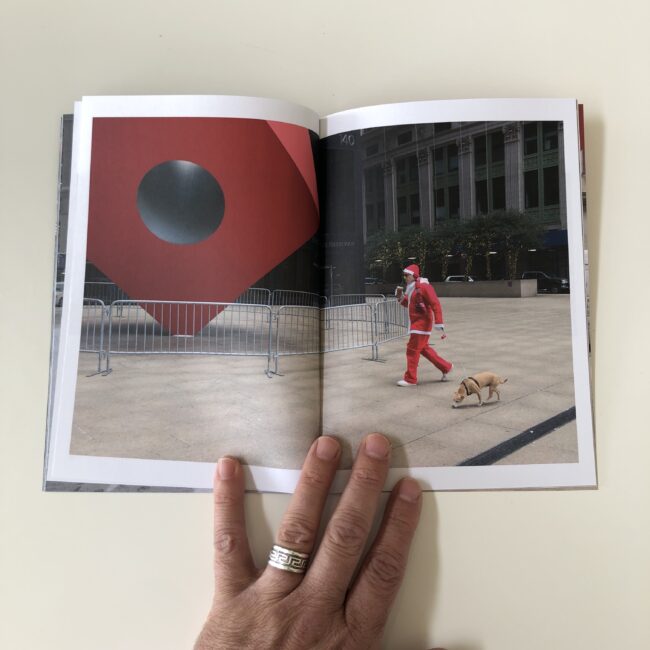 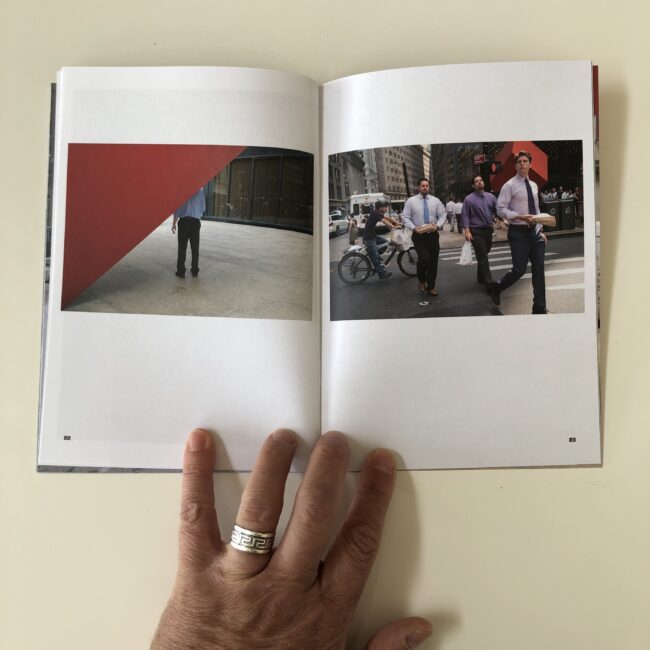 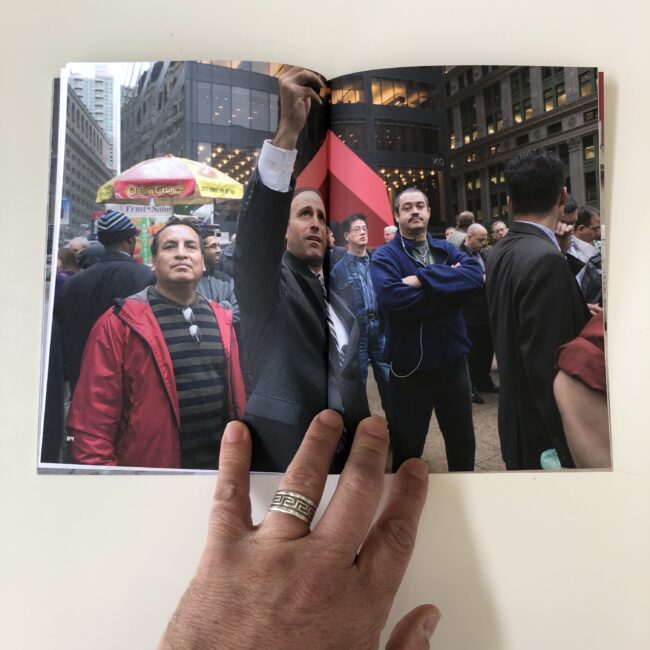 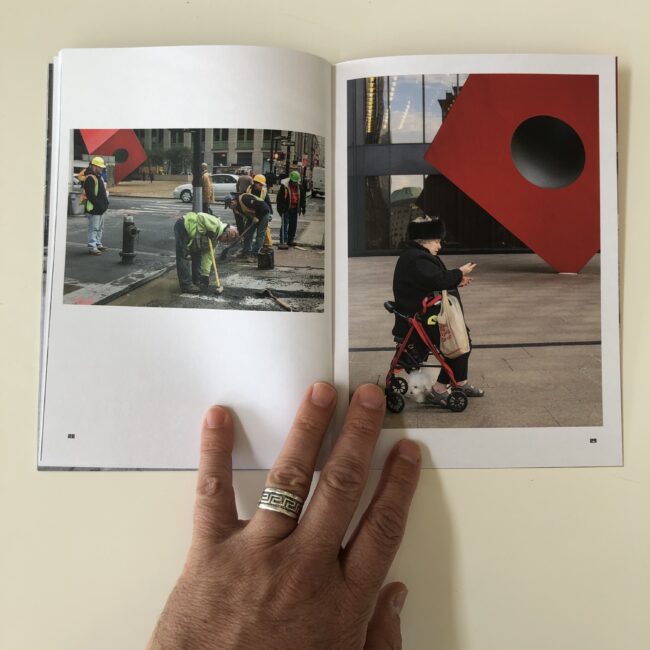 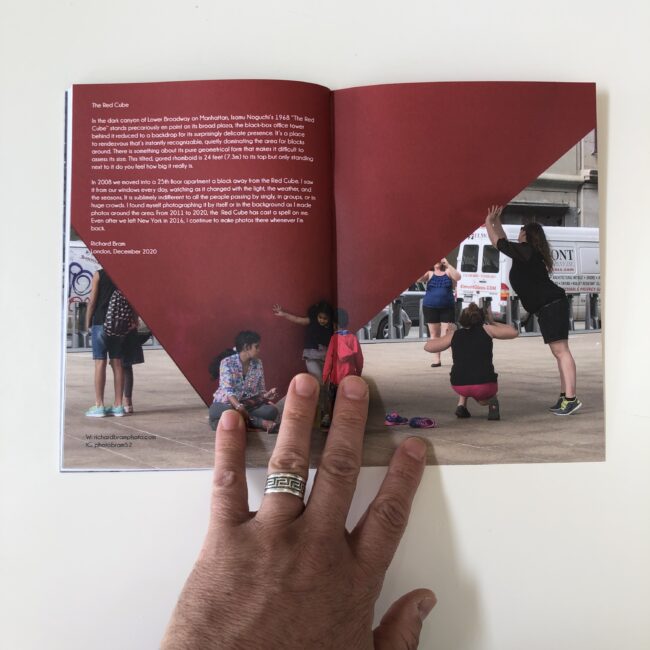 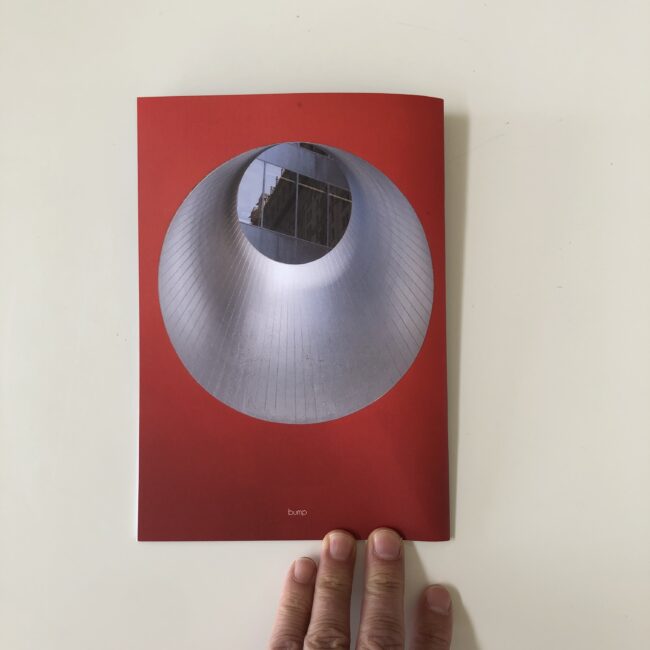 The Art of the Personal Project: Jennifer MacNeill