The Art of the Personal Project: Andy Anderson

A View From The Top Of The World: Andy Anderson Scales New Heights

His latest personal project proved to be more than inspirational; it effected a change in the veteran photographer. Given his proximity to peaks in the 5,000-foot range in Idaho, it was a real commitment for photographer Andy Anderson to take on Mount Everest. Not to summit the world’s highest peak he hastens to explain, but to capture portraits of the iconic Sherpa, those sturdy individuals blessed with the constitution to thrive at extreme altitude.

His interest in the Himalayas was initially triggered when he read Peter Matthiessen’s The Snow Leopard in the late 1970s. (The book was published in 1978.) He’d always been intrigued by the elusive snow leopard and the brave and resolute Sherpa guides who lived in their habitat.  “Sherpas have always burdened the workload for mountaineering attempts on peaks over 8000 meters” Anderson states.

“Before the pandemic hit, I had my ticket, but the project was cancelled,” he explains of the journey he planned two years ago, with assistance from Pemba Sherpa and Panuru Sherpa of Xtreme Climbers who helped him set up his itinerary. The majority of the Sherpa I photographed are retired and live in high village of Phortze whose residents have summited Everest more than those from any other village in the Himalayas. Anderson also trekked to Everest’s Base Camp at 17,598 feet, where he was able to meet most of the Sherpa teams preparing for summit attempts.

While he was in Nepal in late April/early May the majority of the renowned Sherpa guides were at Everest’s Base Camp or were in the process of summiting. “Next year I’ll go back in early March, when they are preparing EBC for the upcoming climbing season” he says.

Anderson says “I’m not a mountaineer and do not pretend to be one, BUT what I’m is a photographer who is interested in other human beings and have an undying love of the outdoors AND I clearly understand the draw they feel when coming here. This project is not about me but about the Sherpa people who risk their lives to ascend these great mountains along with the “true mountaineers” who share that struggle. I have witnessed these connections between them and it’s nothing like it in the entire world”

The Sherpa migrated from eastern Tibet across the Himalayan range over 500 years ago. In the l920s the predominantly Buddhist Sherpa began a close relationship with the English from pioneering mountain climbing expeditions. This relationship with the West has both aided the Sherpa and changed their way of life. The Sherpa have a spiritual attachment to the Himalayans; they call Mount Everest Chomolungma and worship it as the “Mother of the World.”

When asked about the weather conditions, Anderson replies, “The temperature was in the mid-40s, it would rain in the afternoon, and cool down at night. We’d walk to multiple villages and meet people. I had an interpreter/porter to help with my personal items while I carried my photography gear. One day we walked about eleven miles to see a monastery and meet a Buddhist monk.” He ate a lot of soup and drank a lot of Tibetan tea—served with salt and butter. “The food was good,” he claims. “They grow their own vegetables. But remember everything has to be walked in.”

While some Sherpa didn’t want their photograph taken, others enjoyed it. “Hearing their stories was the most important part,” Anderson says. “I was definitely changed. It was an interesting and eye-opening experience for me.  It was the most exotic location I’ve been to in a long while.”

“To all the Sherpas and mountaineers hats off. I’m leaving a little of myself here and taking a portion of you with me, and to my wife who allows my wanderlust to go unchecked. All of the trekking and gasping for O2 was worth it. I will see you again next season to start on my documentary, until then…..Thank you. He enjoyed the experience so much he looks forward to returning next year to make more portraits, stories and hopefully a film.

To learn more about the Sherpa, Anderson recommends the 2015 documentary Sherpa, by Australian filmmaker Jennifer Peedom who had planned to follow an expedition to the summit, but instead captured the 2014 ice avalanche that killed 16 Sherpa and three others and its aftermath. 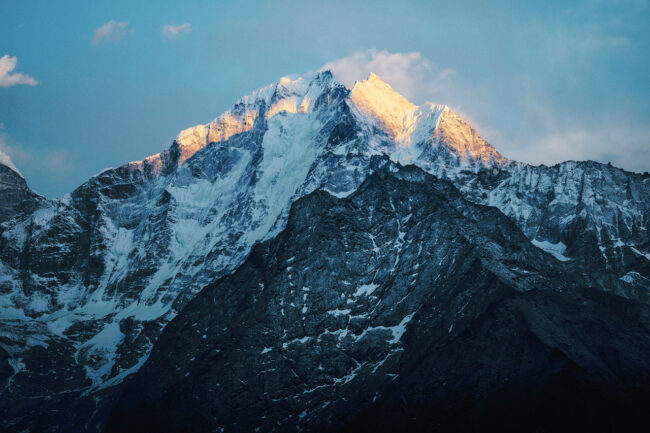 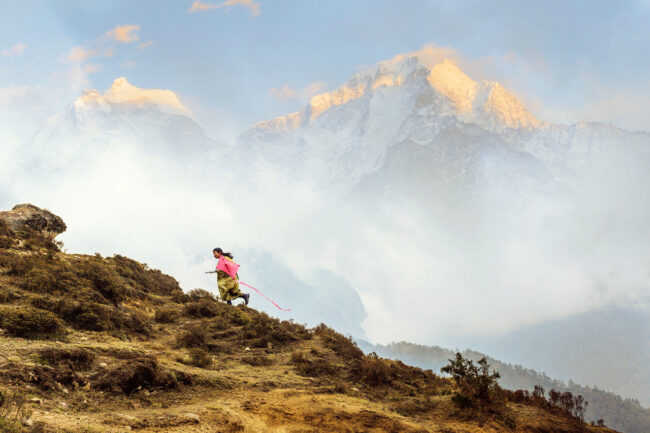 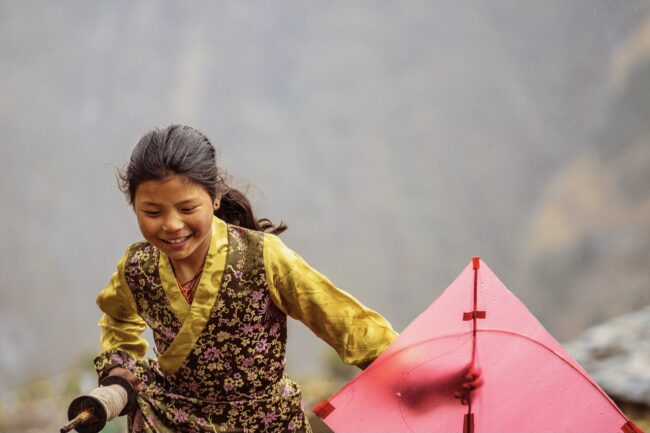 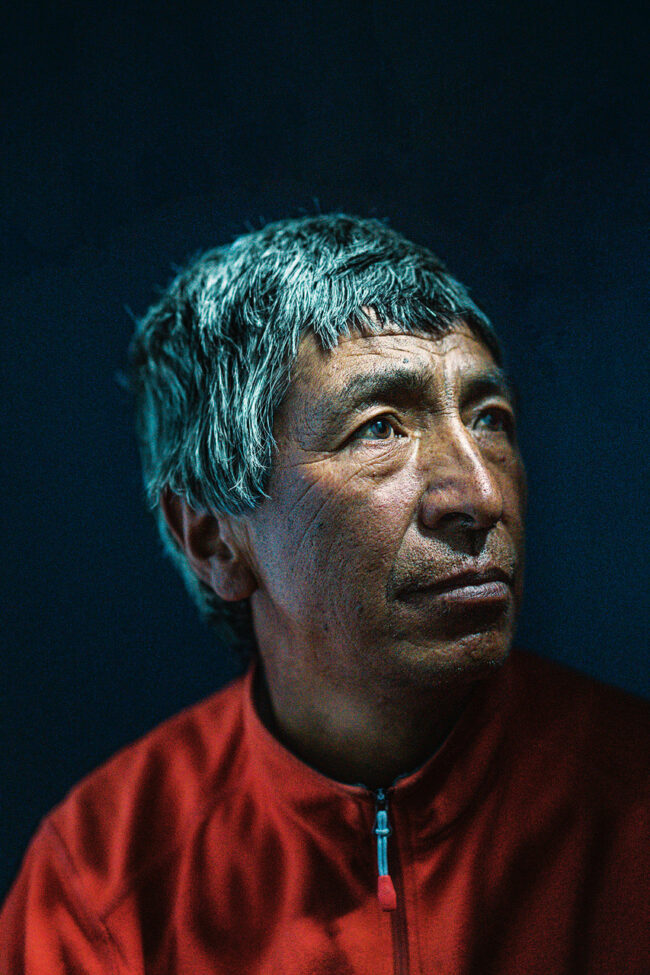 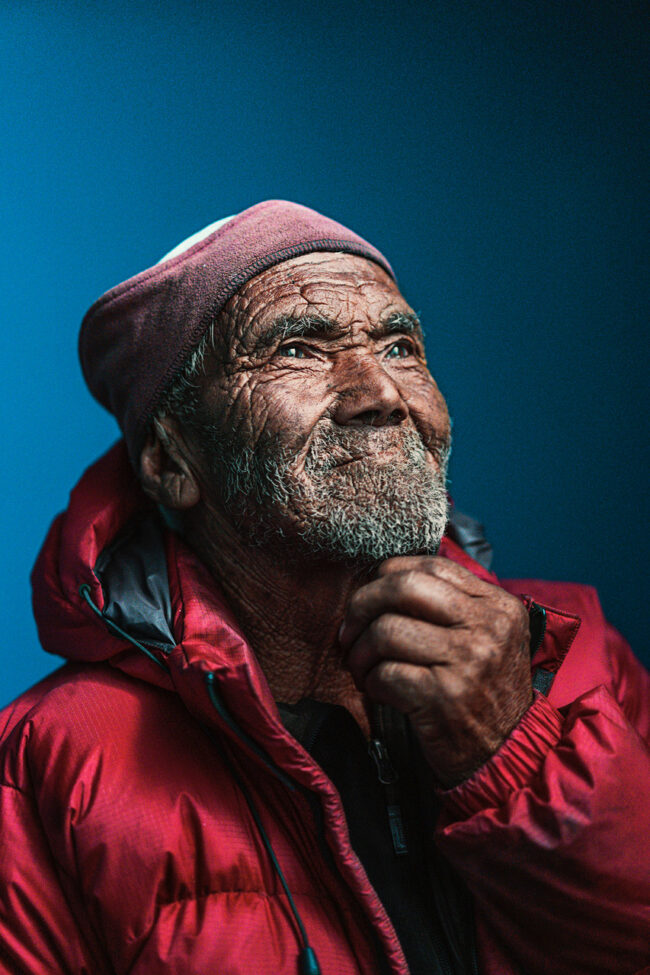 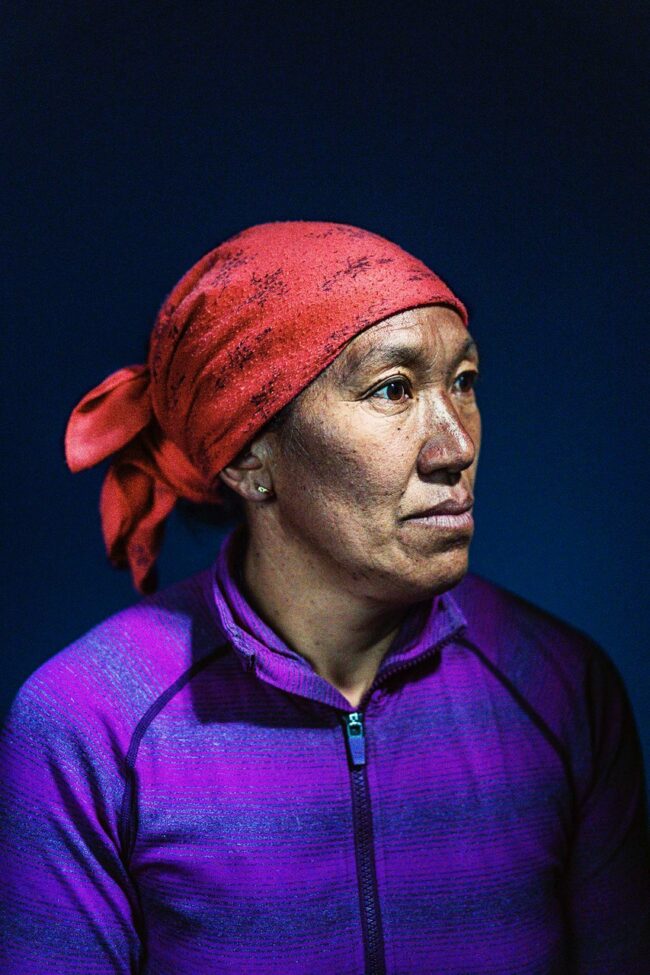 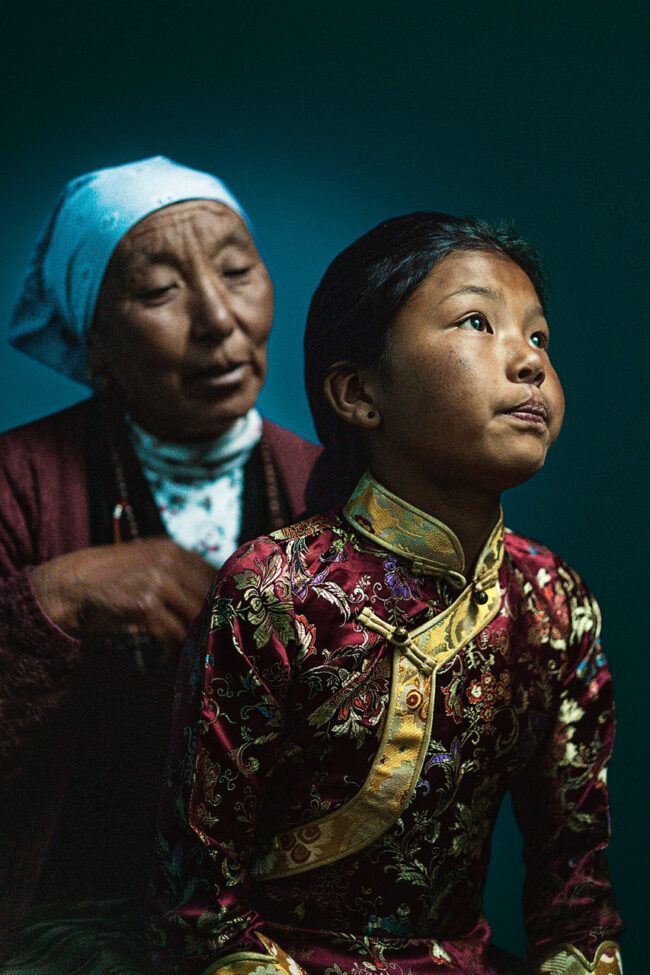 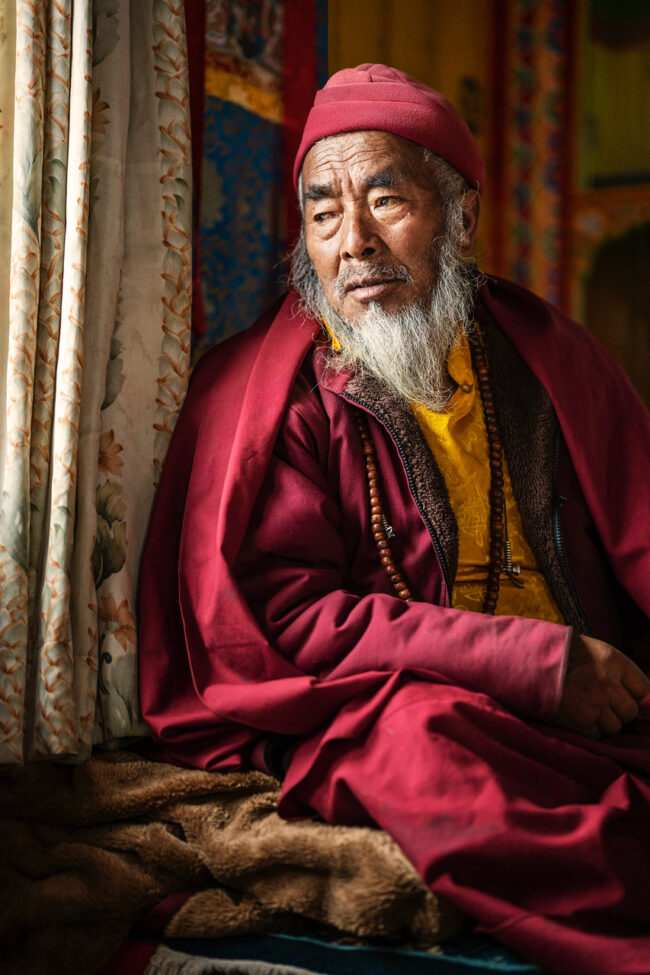 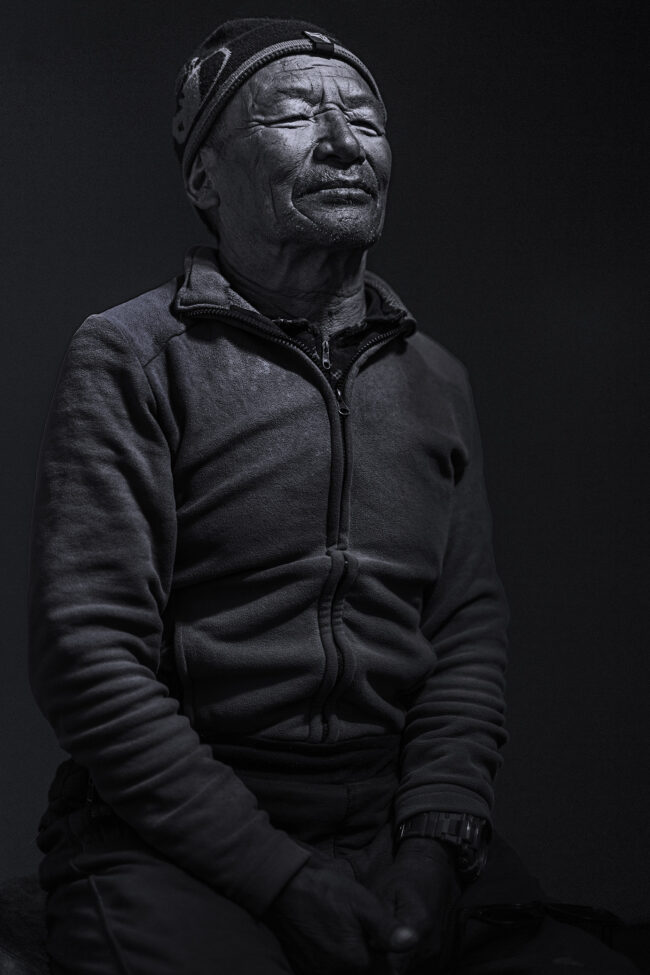 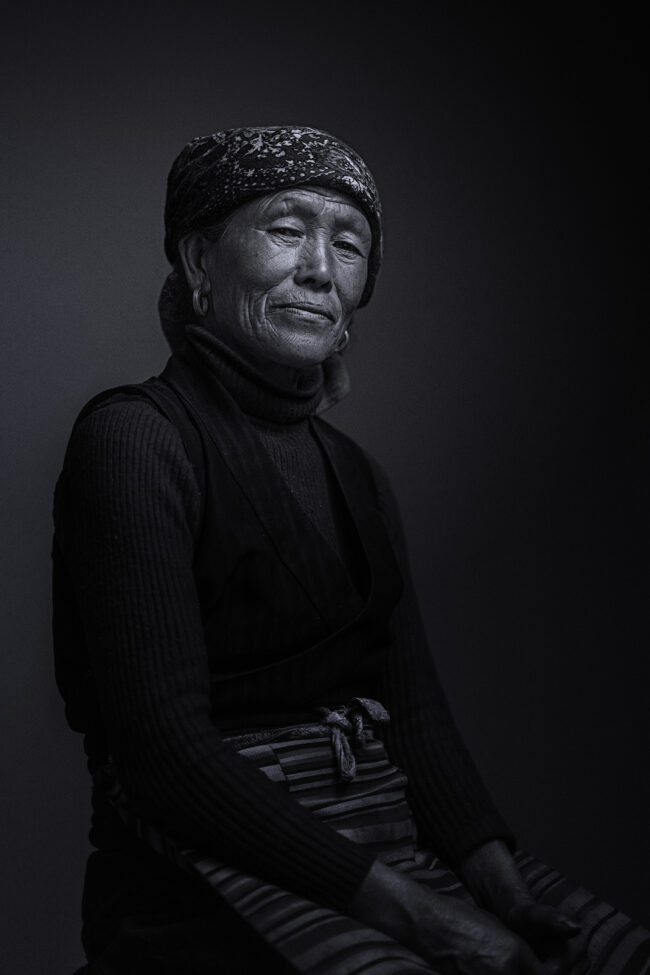 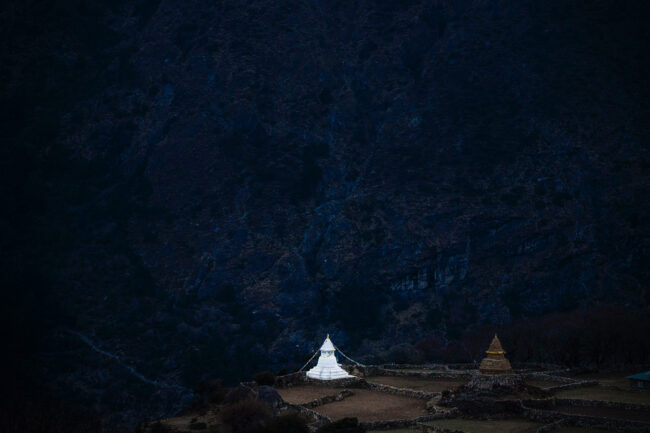 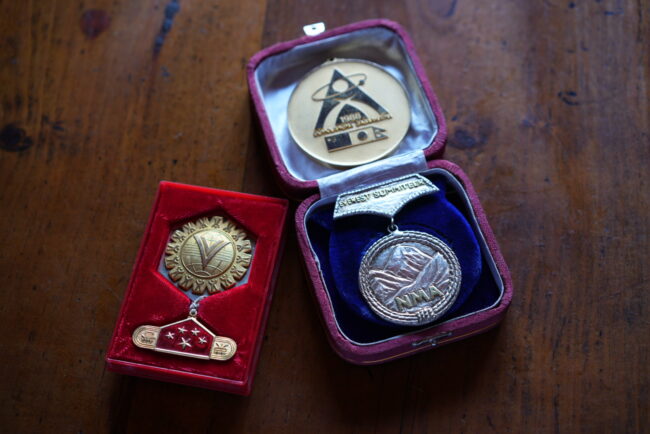 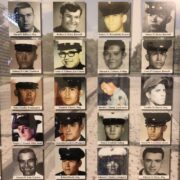