(And whatever you do, don’t eat the yellow snow.)

So….today’s column is going to be weird.

After last week’s controversial, explaining-the-NFT-world long-read, my brain is pretty burned out.

It was hard to find the juice to write anything at all today, much less the article I’d planned, which will feature the best work I saw at PhotoNOLA back in December.

That one gets pushed to next week, I’m afraid, as I just don’t have it in me.

So I went for a walk up the hill, (on the only sunny day we’ve had in ages,) and conjured a new idea.

This week, we’re going to do something unexpected, and deliver what is now the 3rd Annual Advice column.

It began on a whim, two years ago, as the global pandemic lockdowns were setting in, and I had a powerful intuition the world was about to go to shit.

(Got that one right, unfortunately.)

With all the news media attention about hoarding, empty toilet paper shelves, and the newfound suggestion that humans should keep 6 feet apart, I had a compulsion to chime in.

My first advice article got quoted in the Santa Fe New Mexican, a proper newspaper, so I guess my instincts were solid.

I did it last year as well, so now we’re back again, as the world begins to open in earnest, even though the virus is still alive and kicking.

(Photographer J A Mortram reported to me, this morning, that the UK virus numbers are basically the highest they’ve been, though we’re in a temporary lull here in the US.)

But I don’t want to write about Covid today, nor to “advise” you on how to handle it.

Rather, it’s time to take stock of the world, and consider how to act in a new reality that is much, much crazier than the one that existed in November 2019.

(Before the first reports came out of China. Do you remember how the Chinese doctor who blew the whistle ended up dying of the virus? Poor guy. What a shit way to go.)

My brain is fried because I haven’t been sleeping well, the last week and a half.

(Since I got back from California.)

We had another horse die while I was away, (of colic,) so I came home to a stressed out 9-year-old daughter, who needed a lot of consoling.

Then I wrote that monster of a column, which was both a weight off my shoulders, and a massive mental burden to accomplish.

But then things got even stranger.

By Friday afternoon, a narcissistic, mean-spirited neighbor accosted me over dog drama, and eventually screamed at Amelie, just as she got off the school bus, for an incident that happened while she was still riding down the hill from school.

It was batshit crazy, but I kept my cool, never raised my voice, and stuck with logic, which kept the conflagration from turning even nastier.

(Or physical. You can’t put your hands on anyone and get away with it, unless you’re a super-famous, rich movie star.)

The next day, I was so tired I couldn’t even make it past the porch, and just sat on the couch, drooling on myself, watching the excellent Netflix show “Top Boy,” Season 2.

(Shockingly, I haven’t started calling everyone “Fam” yet, or saying “Innit” all the time, but as Curly famously said, the day ain’t over yet.) 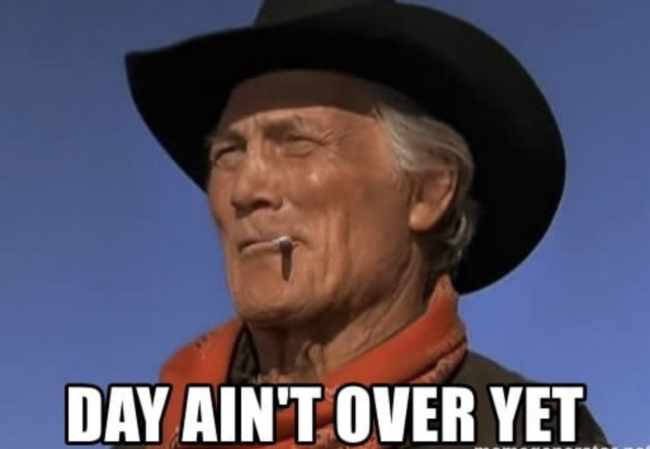 Finally, by afternoon, I had just enough physical juice to walk the 100 yards down to the stream.

My plan was to listen to the water, rub a bit on the back of my neck, bask in the quiet for a minute or two, then go back to my couch to feel sorry for myself.

(I was staying off Twitter, as the NFT article had gone photo-world-viral, and I knew battling trolls, and/or basking in compliments, would not be good for my soul.)

When I was nearly to the stream-front, I heard voices, which is not rare, as sound travels really far in our box canyon.

But as I got closer, I saw there were two people between me and the water, and they should definitely not be there.

Immediately, though, I recognized two neighborhood kids with whom we sometimes play basketball.

(One used to bully my son in elementary school, but somehow we moved past it.)

They were uncle and nephew to each other, though one is only 17, (and a Dad already,) and he once pelted his 11-year-old nephew with a rock, for no particular reason, opening a huge gash over his eye.

(Like I’ve always said, life in the Wild West is no joke.)

In the past, I’d have lost my shit to see the boys there, especially as they were in the process of destroying a set of tree stumps that surrounds a fire pit, but this time, that’s just not the way it went.

(I credit my return to martial arts training, as oddly, learning to fight makes you much less likely to ever be in one. The mental discipline and emotional control one learns is powerful.)

Rather than yelling at them, or escalating the situation, I began with a simple question:

Did something bad happen to you guys today?

Though they come from a difficult background, they’re both good kids, and we’re kind of friends, so rather than assuming malicious intent, I figured someone dumped on them, and lacking healthy outlets for their anger, they’d ended up on my land, taking it out on my tree stumps.

Turns out, I was correct.

A random drunk guy had shown up on their road, in a big pickup truck, and done donuts in their yard, before throwing beer bottles at their trailer, one of which broke a window.

The boys had been home alone, were scared, angry and freaked out, and ended up at my place, beating on some rotten old wood.

Of course I didn’t call the cops, or threaten them in any way, and by the end of our make-shift, 30 minute therapy session, I’d given them my cell phone number, so they always had someone in the neighborhood to call if a random asshole showed up again.

(I was clear not to include me in family disputes, or dial my digits at 3am. Both conditions were quickly accepted.)

And what is my point in sharing this story, exactly?

Like I said, this is a stream-of-consciousness advice column.

As I told those boys, I’m here to help.

The last two years have been so stressful, and awful, with Bad Guys like Putin and Trump getting away with all their awful deeds.

People on social media are now claiming that Russians aren’t human, and some Facebook troll actually had the gall to call me a “Grump Old White Man.”

The homicide rate is up in America, the roads are super-dangerous, and anti-social, narcissistic behavior has been normalized to the point that a super-rich, über-famous actor actually thought he could assault another famous person, on global television, and get away with it!

(Seems his calculations were correct.)

I’ve been warning you since last summer that people were “this” close to snapping, and resorting to violence, and it seems I was right.

(It gives me no pleasure to say that, though.)

So here’s where the “How To Safely Navigate 2022” advice comes in.

Please, people, chill the fuck out!

Appreciate your loved ones.

Watch more funny movies, so you can laugh.

Invest heavily in your self-care.

(And seriously consider studying a martial art. It’s good for self-defense and self-control, obviously, but many of the ancient arts are also rooted in philosophy, be it Zen Buddhism or Taoism, so you might learn a thing or two about the world as well.) 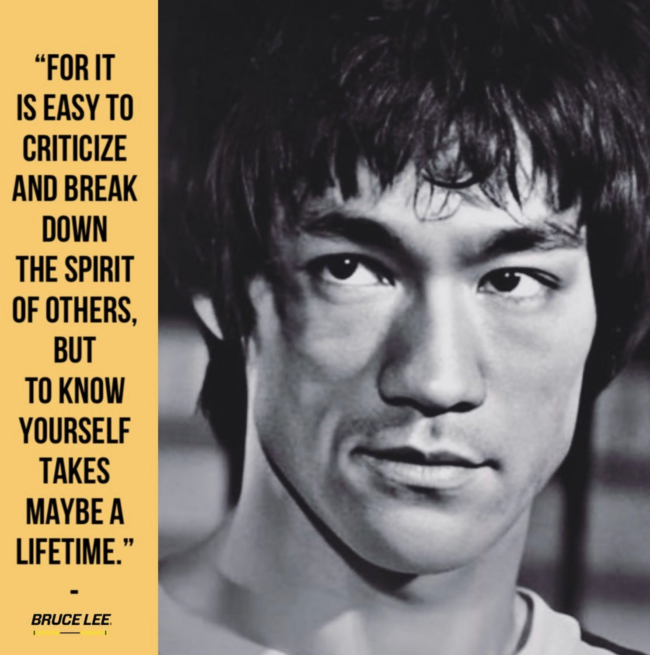 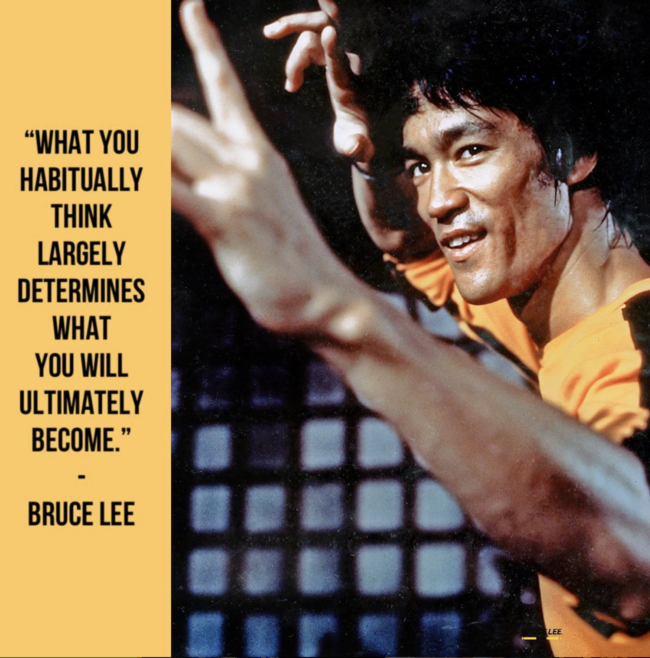 As artists, we’re trained to delve into the Zeitgeist, and go against the grain.

So if it seems OK for people to lose their shit these days, try the opposite.

Be your best self.

And rather than assuming people are out to get you, maybe set your default to giving others the benefit of the doubt. Because 99% of the time, someone is having a really bad day, (due to the crazy, war-torn world,) and they’re just taking it out on you.

Try to be the bigger person, and worry less about your pride.

I know this sounds trite, or easier said than done, but I’m telling you, the combination of patience, compassion, empathy, emotional control and understanding is powerful medicine.

And we can’t just sit around and watch the world burn.

We have to do something about it.

In this case, I’m recommending you work hard to self-improve, as if we all do that, (or some of us, anyway,) the world will literally be a healthier place.

See you next week, when we’ll get back to the photography criticism and whatnot.

The Art of the Personal Project: Dan Goldberg 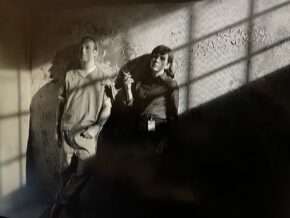