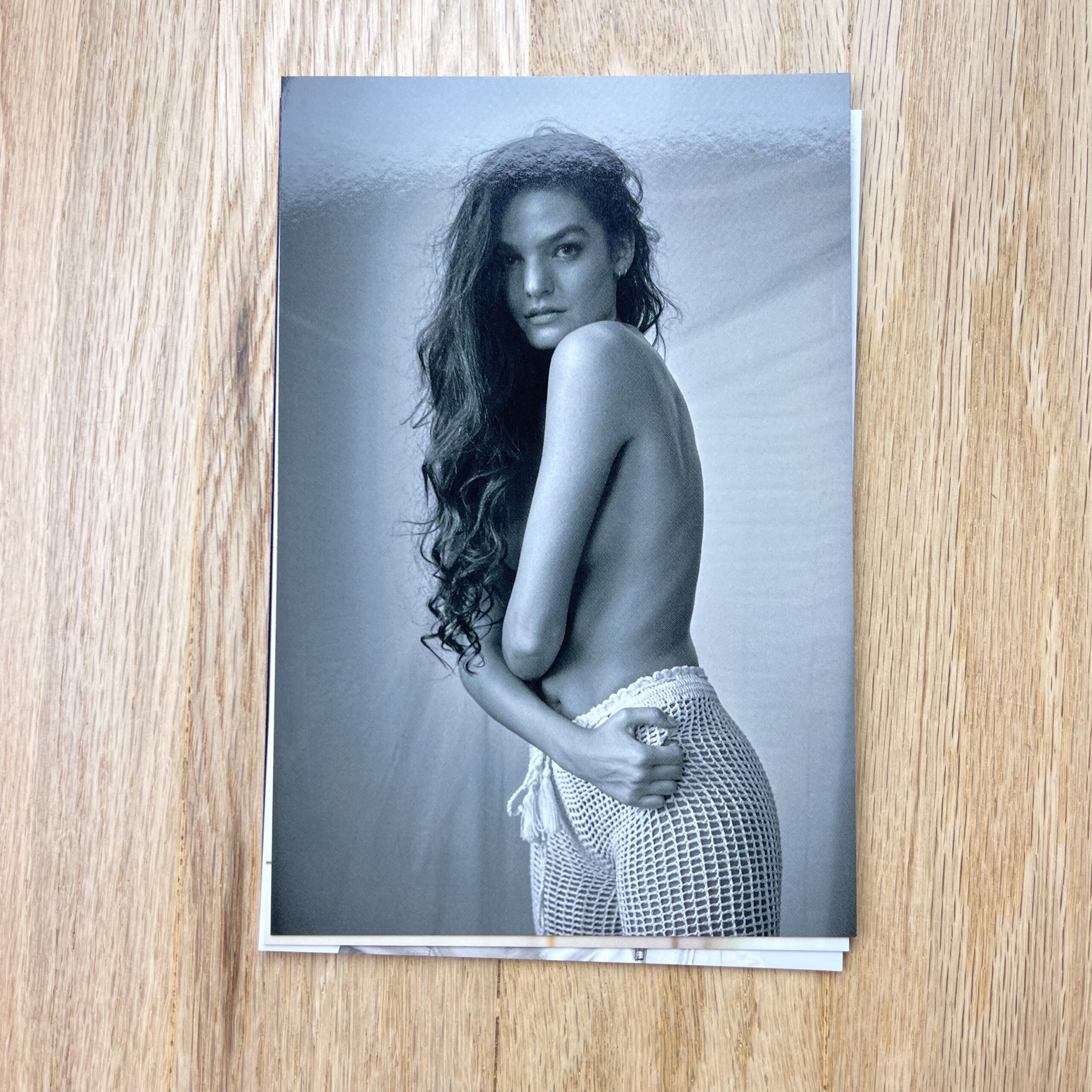 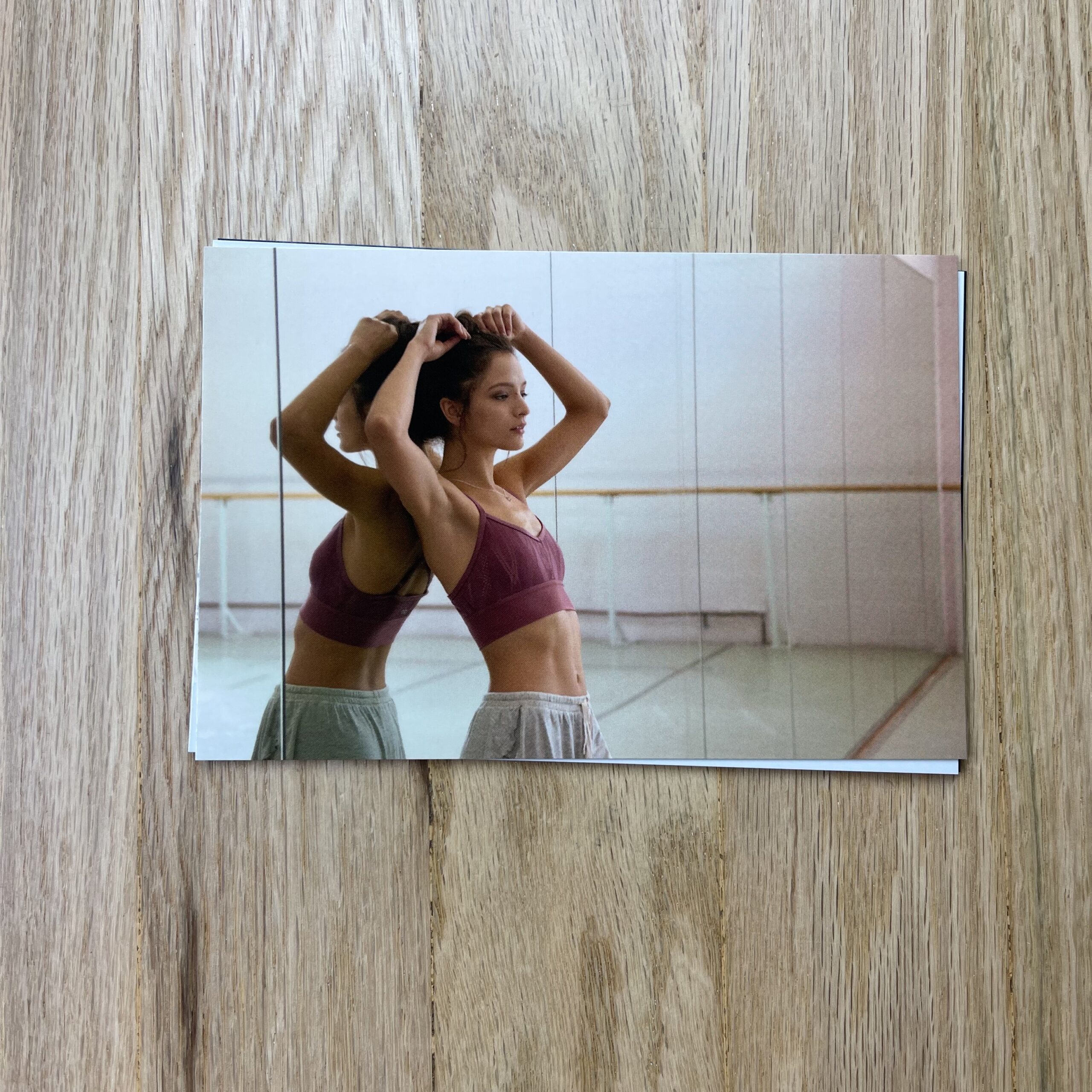 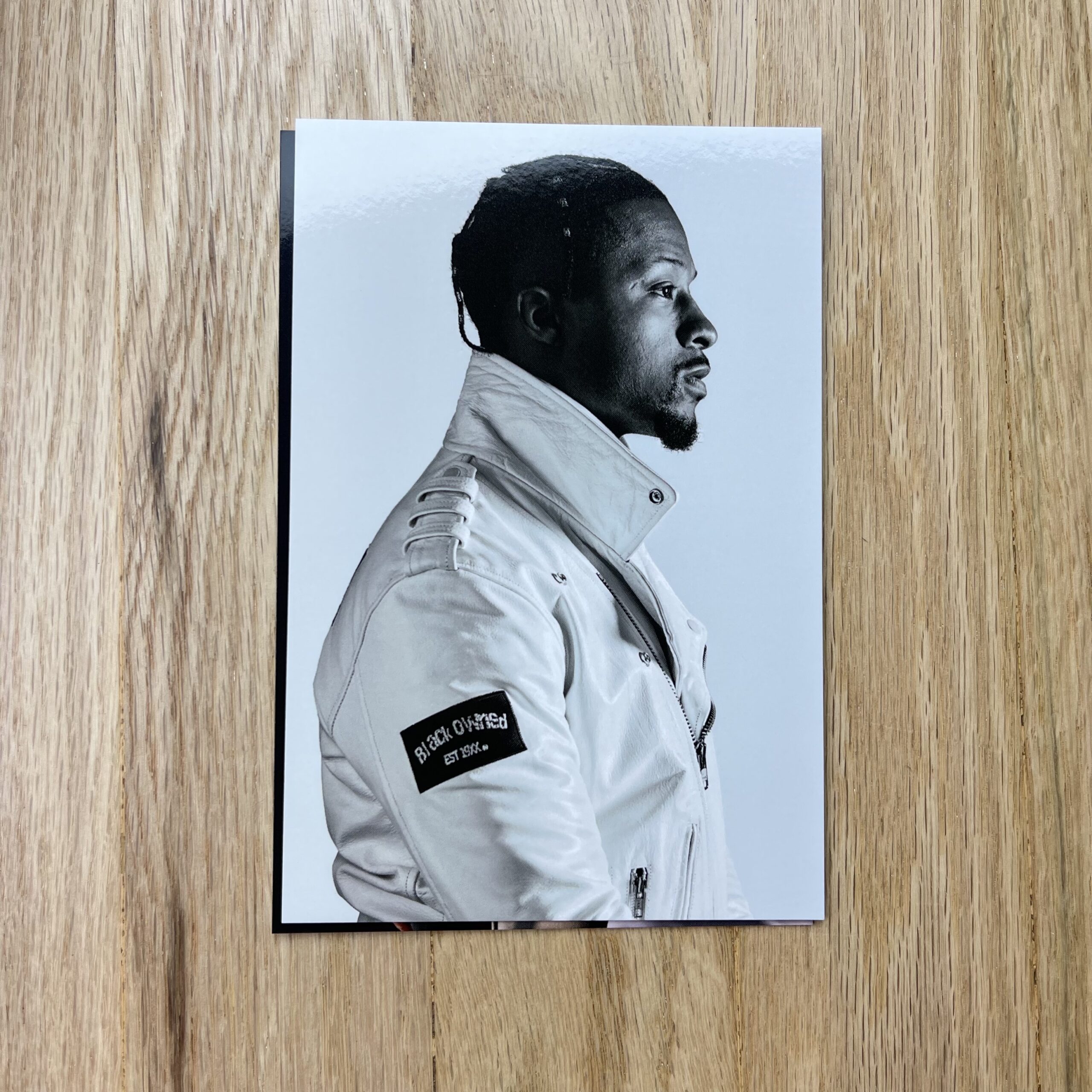 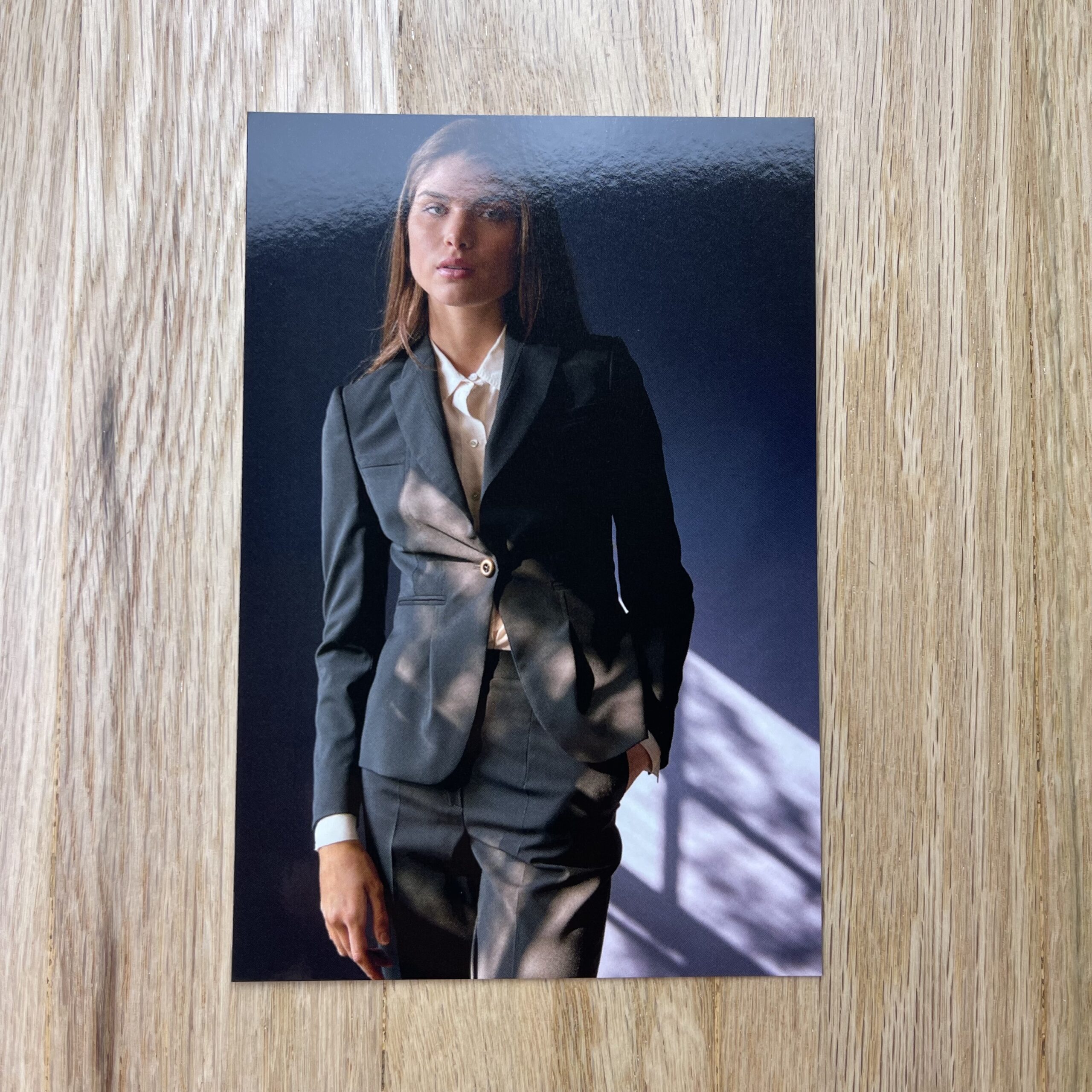 Who printed it?
After considering Modern Postcard, I ended up going with Moo because I had printed my business cards with them and was curious about their offset print quality. The images turned out well with the exception of some subtle color banding on one of the black and white images. Moo provides specific file output instructions to ensure color accuracy and use an online previsualization tool that’s helpful for the bleed/crop.

Who designed it?
Initially I asked a couple of graphic designer friends for help, but I was going to have to wait for their schedules to clear and so decided to do the simple type design myself. I picked a couple of fonts I thought would work well and simply laid it out in PS. Next time I’d like to do more with design.

Tell me about the images.
I chose a mix of editorial and commercial portraiture and decided on five images:

The first image in the set is from a shoot with LA actress/model Chelsea Debo. (Otto, Eris Talent) She was amazing to work with – very relaxed and generous with her time. The vintage wardrobe for the shoot was sourced from Casablanca Vintage by co-owner Mx. Ashley Baeufille Cook, and Chelsea styled one look with her own clothes. Actually, I think it was her brother’s Motorhead t-shirt. I gave Chelsea the wardrobe after the shoot and we finished by eating pancakes at a Waffle House. Chelsea recently landed her first leading role in a feature film!

The second image of good friend Courtney Dozier (formerly Next MIA, New View) was from a shoot at my former loft studio space. Courtney had brought a pair of white, knitted beach pants by Andi Bagus, and she was so tan at the time that they were a great, contrasty look on her.

The third image was from an editorial shoot for YogaOutlet featuring Erica Miramontes (Wilhelmina) at the Cincinnati Ballet, styled by Jessica Rathbun and assisted by Robert White and Aly Schneider. When I asked Erica’s agent how experienced she was with yoga from 1-10 she unhesitatingly answered “a 10”. She was a joy to work with for the entire team.

The forth image was shot for a story about entrepreneur and owner of Black Owned Clothing and Black Coffee, Means Cameron, for Polly Magazine. Polly Magazine’s Editor and Creative Director Deogracias Lerma assisted with styling by Camille Bacon. An image by talented Brooklyn-based photographer Billy Kidd served as lighting inspiration for this shot.

The fifth image in the set features model Emma Karle (The Rock Agency, New View) who I immediately wanted to put in menswear. Luckily for us Philipe Haas Bespoke Tailoring provided us with a beautiful suit that fit her perfectly.

How many did you make?
I printed 50 sets of 5 for a total of 250 cards. I sent the full sets out to Art Directors and Creative Directors, and to creative agencies who represent photographers. I was reluctant at first to send this set to the photo agencies because they’re not the most produced images in terms of editorial, but then went ahead anyway with the thought that it would help to build name/brand recognition. Some of these agencies included LundLund (Stockholm), Artsphere (Paris) and East (NYC).

How many times a year do you send out promos?
Biannually.

Do you think printed promos are effective for marketing your work?
I have always loved printed work and postcards especially. There’s a physicality and a ‘boots-on-the-ground’ quality to printed media that I think is still appealing. You have to have your brand represented digitally on multiple platforms, but there’s definitely still a place for print.