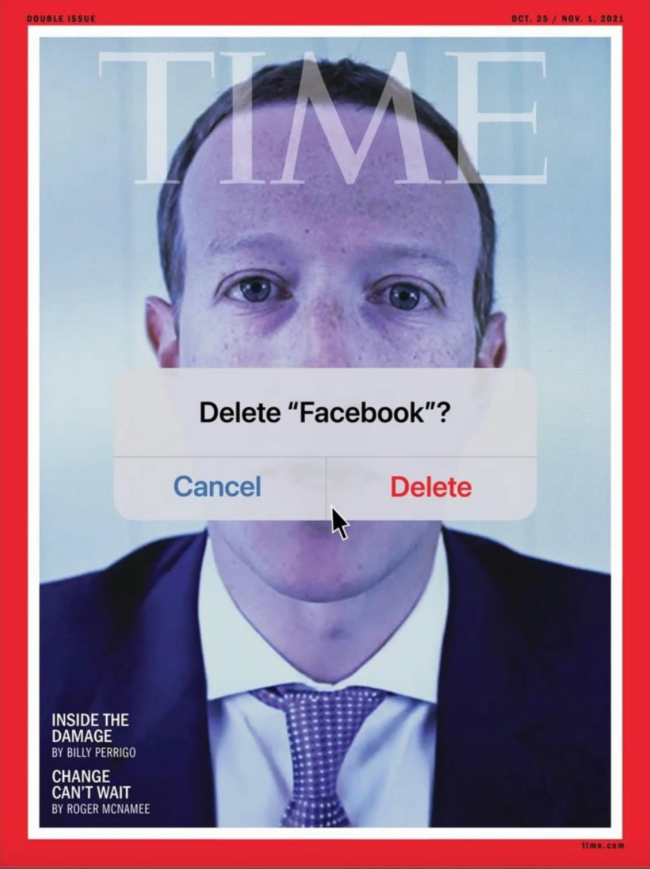 Heidi: Did you know that image was being used for an editorial cover?
I was not aware of it until TIME tagged me on Instagram.

When you saw the composed cover, describe your reaction.
Delighted and very surprised. I have not been published on the cover of TIME before, so it was certainly great to see!

What was the original scenario around that image, before it was part of the getty collection? Was it the from the testimony before the House Judiciary Subcommittee on Antitrust, Commercial and Administrative Law?
Due to the pandemic, there are restrictions on the number of photographers who can photograph certain events at one time. There is a pool duty rotation on Capitol Hill that was put in place to accommodate this. I was on pool duty the day of the House Judiciary Subcommittee Hearing on Antitrust, Commercial and Administrative law. I knew ahead of time that it was a virtual hearing. As a prelude to this, I feel I should include a long back story…..

I have photographed Mark Zuckerberg before. In 2018 he came in person to Capitol Hill to testify before a joint hearing of the Senate Commerce and Judiciary Committees, about the use of Facebook data to target American voters during the 2016 election. I have photographed many important figures before, including the president, but I will admit that seeing Mark Zuckerberg in person had me just a tad star struck. Zuckerberg was wearing a perfectly tailored suit, he had a rather strange, generic haircut, perfectly manicured nails, and very pale skin. During this hearing, Twitter was going crazy with tweets. People were commenting on his somewhat robotic appearance. There was also a meme going around comparing Zuckerberg to the android character, Data, in Star Trek. All of this sparked my interest in him further.

After seeing all the reactions on social media, I started to think about a film I saw as a kid in the early 90s called The Lawnmower Man. It’s a movie about an experiment on a man to enhance his intelligence through virtual reality. The experiment goes wrong, and he becomes completely obsessed with evolving into an electronic being. I wasn’t quite sure what to make of Zuckerberg in the flesh, but I was starting to think of him as someone who exists in digital form, in a sort of electronic ether. Or as Zuckerberg himself has referred to it as the “metaverse”. Essentially a virtual reality world where people would interact just as they do in real life.

All of this brings me back to that hearing where Zuckerberg was in attendance via video. A virtual hearing. I saw Zuckerberg’s face on the multiple tv screens in the room, flickering, pixelated, flat against a plain white background. It made perfect sense. During the hearing I took many pictures on the large screens, including one of Zuckerberg on a screen in front of the dias where the members of Congress sit. This picture was used the following day by The Washington Post and The New York Times.

How did you start your photo journalistic career and why an interest towards post conflict societies and reconstruction?
I started my career back in my home country of New Zealand. After finishing college, I worked freelance and was part of a book project about New Zealand going into the new millennium. I later moved to the UK where I continued to freelance. I worked with NGOs in Russia and the former Yugoslavia. My interest in post conflict areas began as a young college student where I took an interest in the work of many photographers such as Don McMullin, Ron Haviv, and Susan Meiselas. I also looked at images in magazines such as TIME, from the war in Bosnia and later Kosovo. I wanted to see these places myself and was curious what was happening in these parts of the world after the news media had left.

Do you remember your first assignment or when you knew this was the kind of work, you’d dedicate yourself to?
When I was in college, I spent time reading about these places that I would later go on to document – post conflict societies such as Azerbaijan, Chechnya, and Bosnia.

Once I moved to the United States, I started to transition into covering politics and daily news in Washington D.C and other part of the U.S.

How long have you been at the Washington Examiner?
I’ve been staff with the Washington Examiner since 2011. I also work with other corporate and news clients. I cover Capitol Hill regularly. Coming from New Zealand, a relatively quiet place politically, covering American politics over the last 10 years has been a chaotic whirlwind for me. In recent years, I have become more and more interested in portraiture.  I draw my influences from various fields – television and cinema, pictorialism, chiaroscuro art, many, many photojournalists, and well-known portrait greats such as August Sander, Diane Arbus, and Yousuf Karsh.