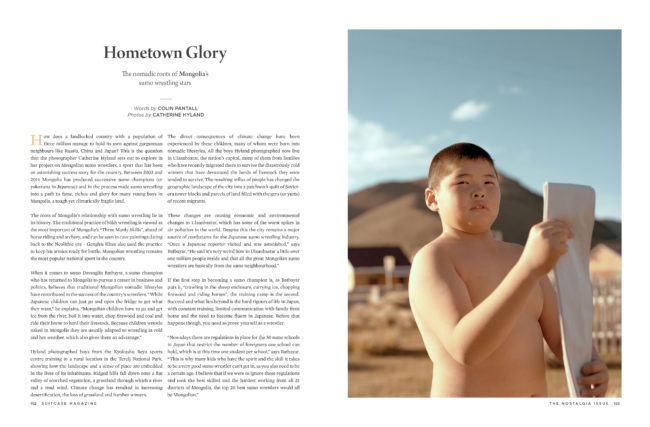 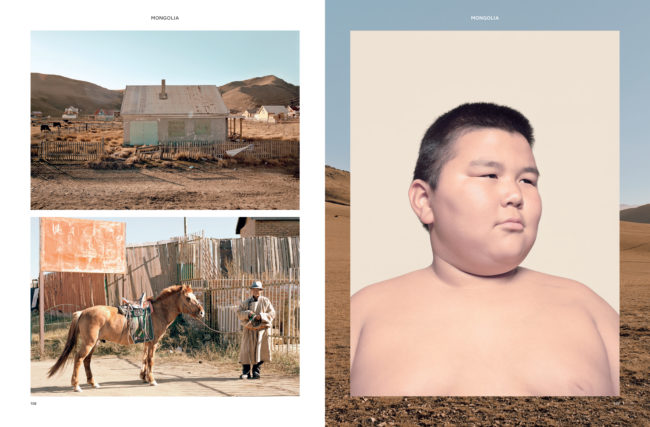 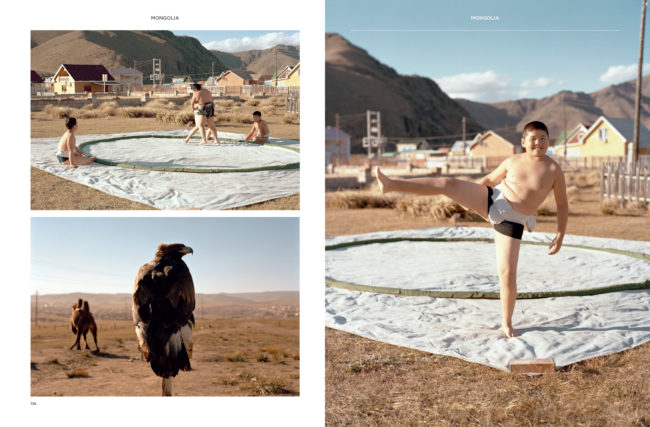 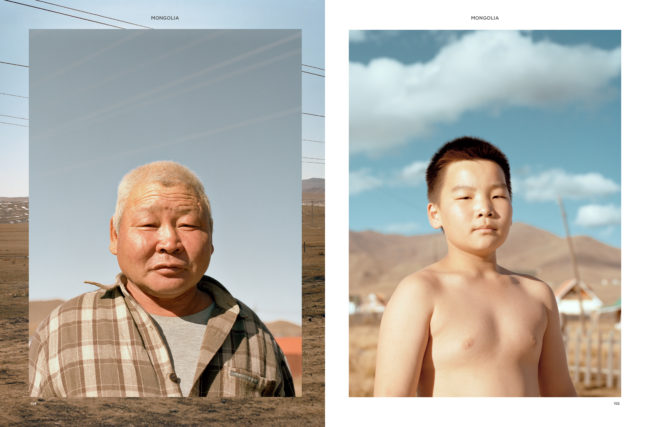 Heidi: What were some of the challenges with the shoot?
Catherine: One of the challenges was aligning energy and the personality I wanted to capture, this becomes difficult with a communication barrier at play and a middle aged translator interpreting my direction. What they’re feeling becomes a mystery. You can’t communicate to say – I’m a nice person and I want to make you look good! So that whole thing is totally cut off. Who knows what we would have made if we were able to have a laugh together.

I know you had a turning point with this project. Tell us how that came about.
Getting out of Ulaanbaatar immediately opened up new possibilities. “Ideally, you don’t really want to be doing things impulsively,” Catherine says. “But at the same time I think that’s when some of the best work gets made. When we were trying to get the older sumos together in the gym, it was actually very stale compared to the rest of the work we made.”

Do you have a journal or a way of keeping track of your story ideas? Can you describe your process for crafting something that feels the creative pursuit?
Yes, I have a journal that I use to keep track of my ideas. I also do quite extensive research into projects before they are undertaken, sometimes I will have been researching projects for a few years before they come into fruition.

Did the images come before the film you did with We Transfer?
They were shot at exactly the same time, on the same trip. I went out there specifically to make this personal project on The Rise of the Mongolians which was funded by WePresent/WeTransfer.

How did you gain acceptance into the community in order to make the work?
On this particular trip we had fixers who helped translate and introduce me to a mixture of people in the Sumo community.

How long were you there?
2 weeks

Was this the first time you were working with Suitcase?
No, they had previously published my project ‘Wait-And-See Pudding with Patience Sauce’, shot in on the island of Nevis in the Caribbean.