Interview by Andrea Stern of SternRep

Jeff Stockwell is a car + lifestyle photographer based in Long Beach, California.  His client list includes Mercedes, Adidas, Vans, Car and Driver, Ford, Honda, Hyundai, Kia, Cadillac and more.  Jeff came into this business about four years ago and hit the ground running bringing in big name clients quickly. As his rep, I have to believe it is in part because he tests often. He constantly provides me with new images and keeps his portfolio fresh always having new work to show off. I wanted to do this interview with Jeff about his testing because I see it as one of his greatest strengths and something that really sets him apart from the pack.

Andrea Stern: Why do you test so much?

Jeff Stockwell: Well, I guess there are a couple different reasons. I test a lot because I feel like every time I test I get better at shooting.  Being behind the camera is the only way to learn. I try to push myself beyond what I normally create, approach something different styling wise, use a different location or a different model.

In this day and age with Instagram, it can be hard for a photographer to be banging out content all the time, so sometimes you have to shoot things for yourself.

People want to see new work.  If you are trying to be a commercial photographer and you come out with work every 6 months, and your stuff looks the same all the time, that’s a problem. You have to keep yourself relevant.   That’s what creatives want to see, they want to be inspired by someone. They want to get a sense of your commitment and passion for photography and they also want to know what you shoot on your own time.

What is it that you, and no one else, would bring their shoot to take their project to the next level?

Andrea Stern: Recently you did a test where you hired a model and a producer, got a permit for a location and had the images professionally retouched, this is a big investment, what was the inspiration and motivation that led you to do this level of testing?

Jeff Stockwell: That’s what it takes now. This test in particular I was going for a different age demographic. A lot of my work has highlighted young people. From a creative’s perspective, it might be hard to imagine an older person in my work and I wanted to show what I could do.

I pushed my boundaries by using an older male model, someone with a prestigious and refined look, a high class overall feel, and rented a really nice car etc. I even got hair and makeup for a guy, which is uncommon.

The permit was not very expensive and the stylist, hair and makeup artist and producer all offered their time for the test, for their own portfolios. I spent the bulk of the money on renting the car, my assistant, lunch/coffee etc.

Andrea Stern: Right! The producer, Courtney Zupanski had actually reached out to me around the time this test was happening. The timing was perfect and I asked her if she wanted to help with your test. Rather than just “helping” she ended up taking the initiative to go out and find a stylist, location scout, organize hair and makeup, sent out a call sheet, organized lunch and was there all day at the shoot. She blew us away and is now bidding on a job with Jeff, because of how impressed we were with her.

Andrea Stern: Did you have a budget for your test?

Jeff: No. But it did end up costing over a 1,000. It was an investment. And definitely worth it.

Andrea Stern: How did you plan for your shoot?

Jeff: I scouted the day before. I knew what the light was going to look like at what time and where.

I had two specific shots I knew wanted to get in my mind.  But generally, I like to keep it off the cuff. I might look at some inspiration the night before, but I want it to be my own vision. I want it to be real and fresh.

Andrea Stern: How did the shoot go?

Jeff: Images came out great. It was the exact look and feel I was going for. It is kind of crazy because when it came down to the actual time that we shot it took four hours. And I shot a LOT.

Andrea Stern: Do you enjoy testing? Why?

Jeff: I really do love it.  It doesn’t feel like I am going to work.  I especially enjoy testing after all the hair and makeup is done and the clothes are on…all that stuff. I despise the other part of it, which is contacting people and trying to get people lined up, but the creative aspect I love.

Andrea Stern: What is your attitude around testing?

Jeff: Some of the tests you are going to do are not going to work out. You have to be able to be like, ok that did not go as planned, next time I am going to scout more thoroughly or know what I am getting myself into, reach out to an agency and get better models, etc. You do tests to learn.

Andrea Stern: Have you ever had a test lead to paid work? If so, what?

Jeff: It’s a little bit hard to say but I do have an interesting story about that.

Recently, a production company for Adidas sent out a mass email to about 30 reps, looking for a photographer for an upcoming product/lifestyle shoot in LA.

I put together a PDF of all the athletic and sneaker work I had done. I had recently shot a test with a basketball player and the images turned out really well.  I had never done an athletic test quite like that before, and it definitely filled a need in my portfolio.

And you know what, out of thousands of photographers…I got hired.

So, it’s kind of hard to say whether that test “got” me the job, but when the job came to light, I had the right thing to put forward, and they liked my work.

Andrea Stern: One piece of advice for photographers?

Jeff: JUST GO TAKE PICTURES. ALL. THE. TIME. You aren’t going to learn unless you are behind the camera. Pick up the most basic camera and just go shoot.

And always bring what you do best to the shoot. Not just what is asked of you! 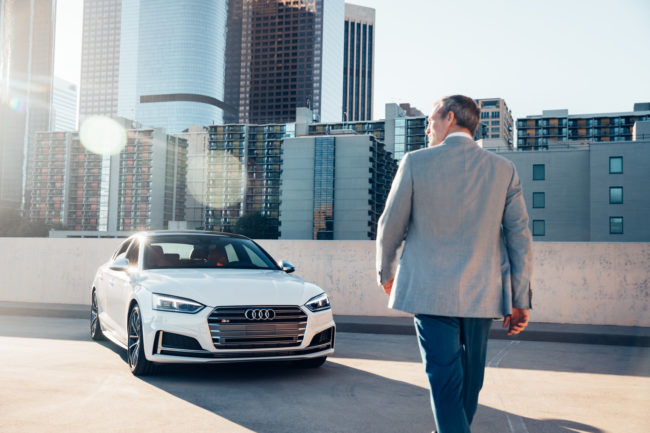 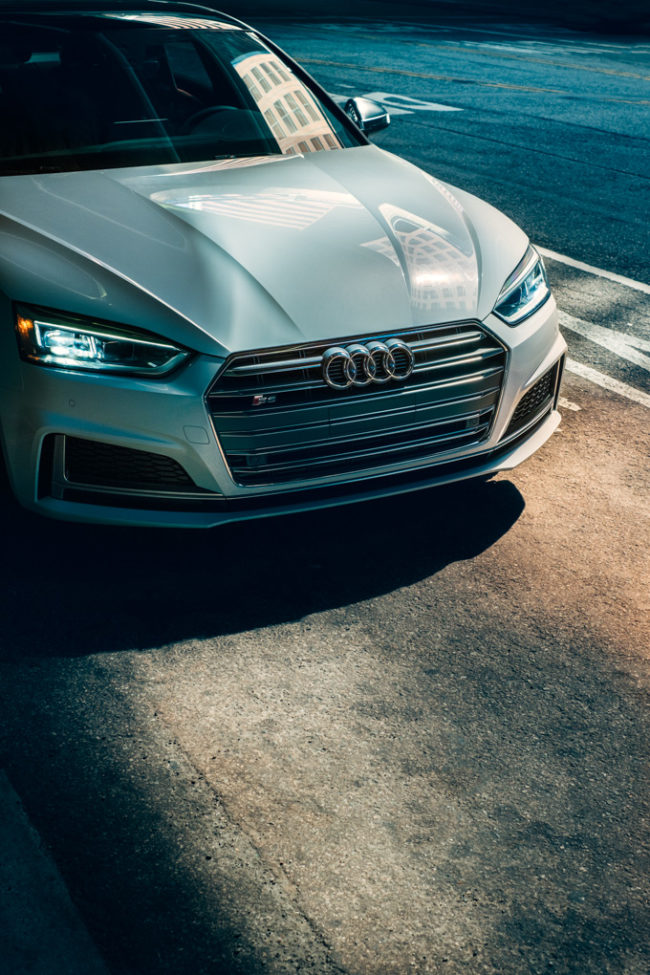 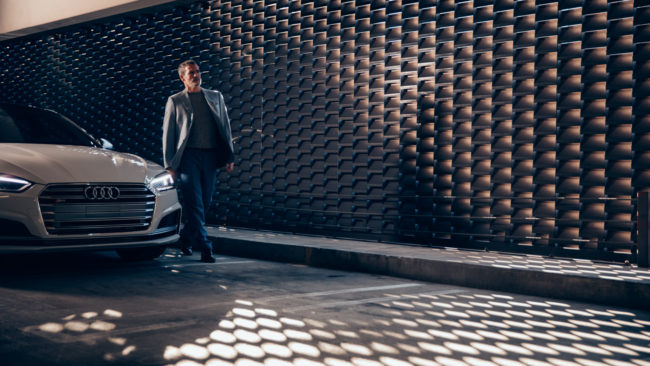 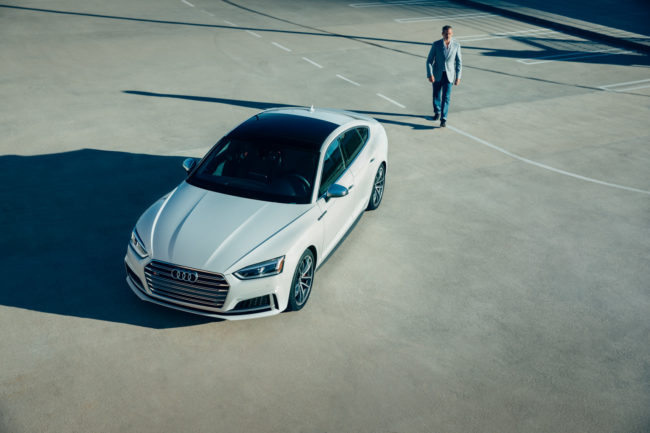 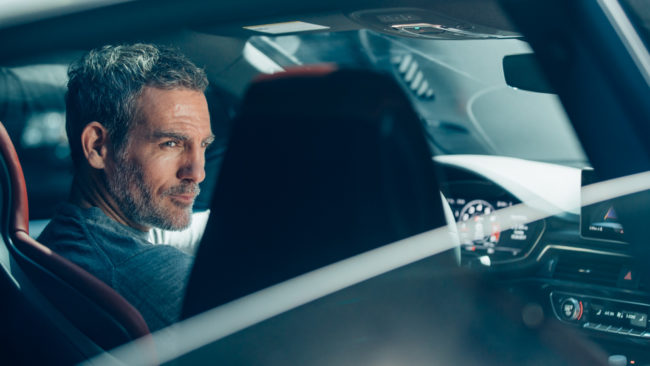 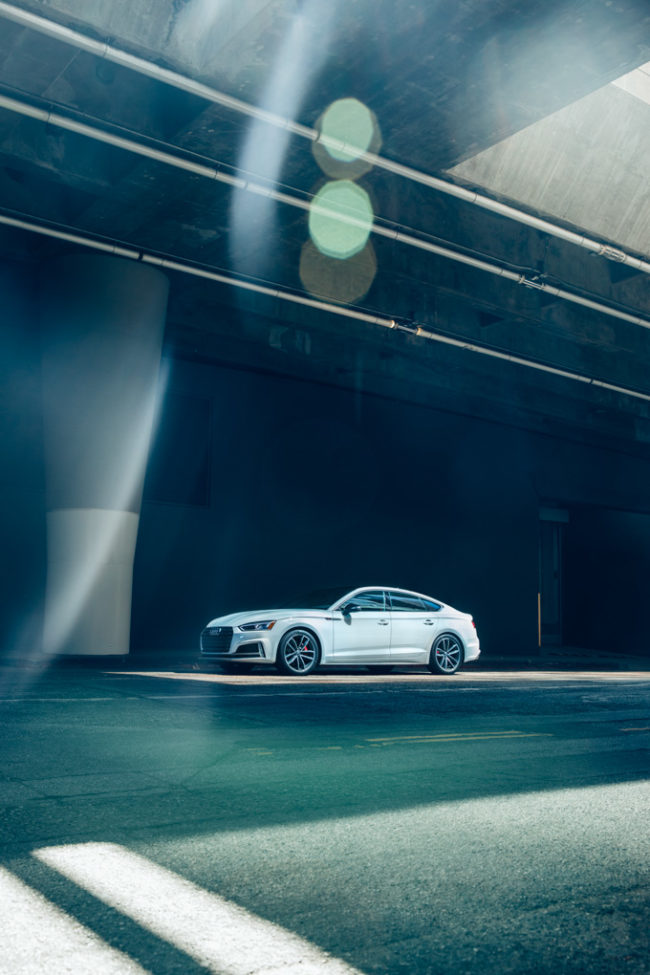 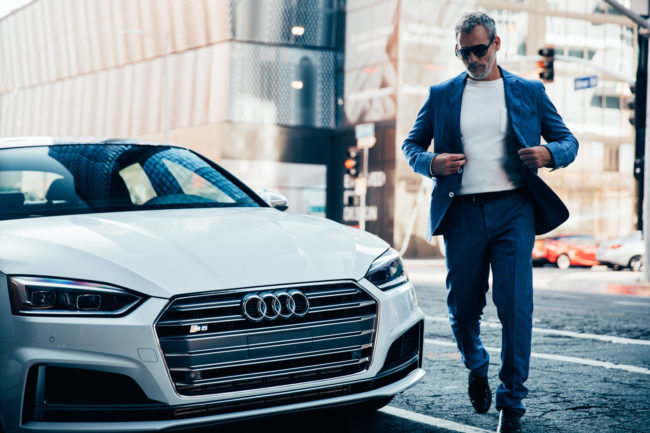 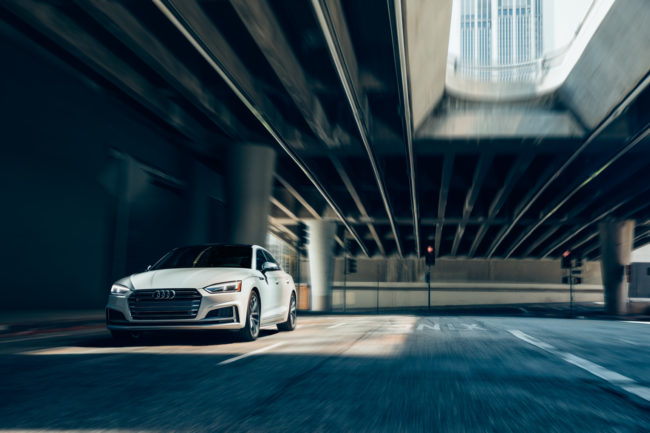 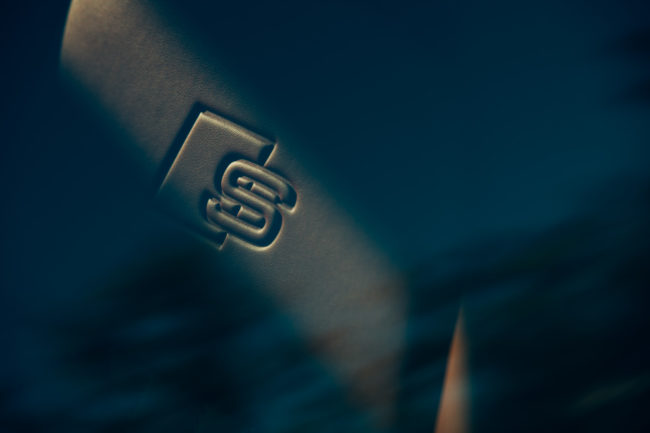 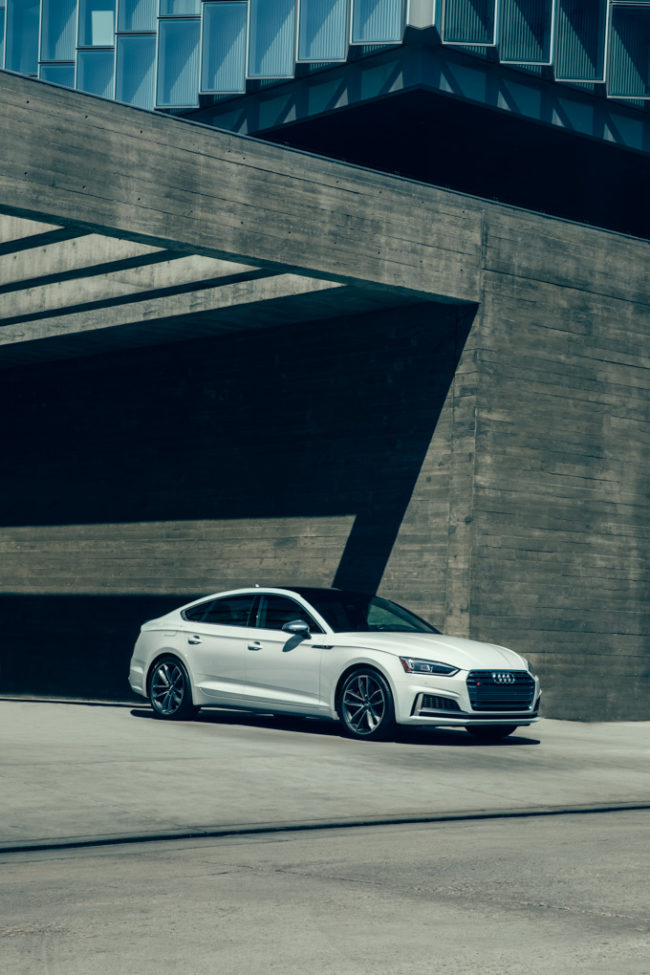 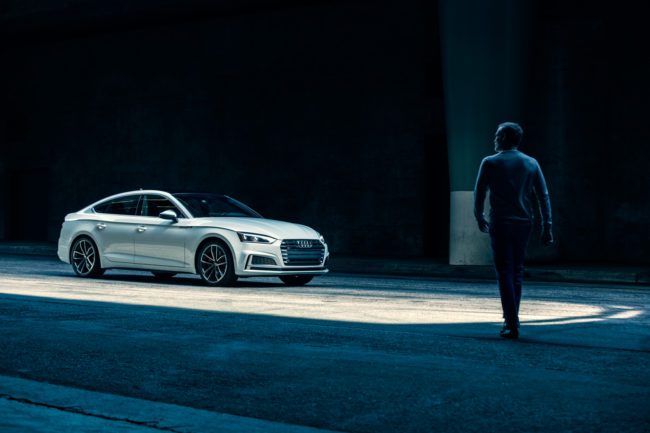 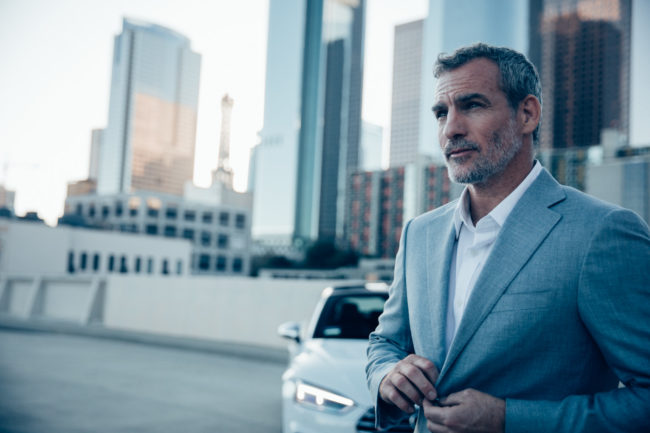 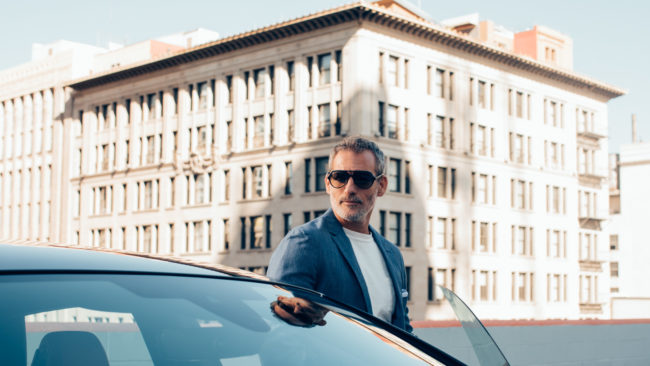 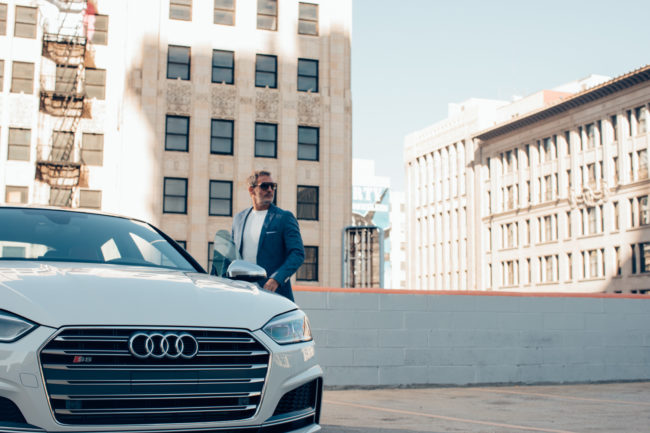 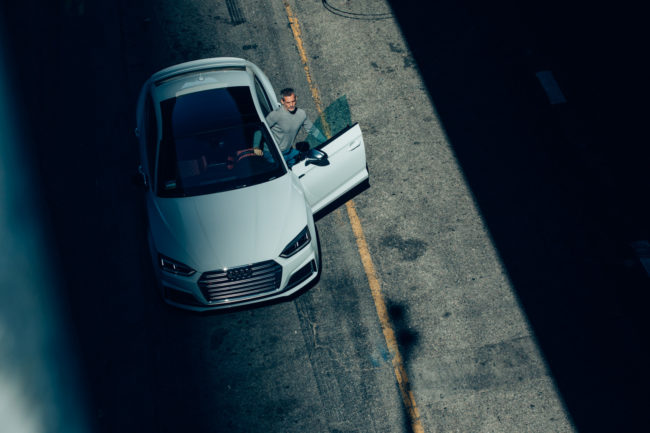