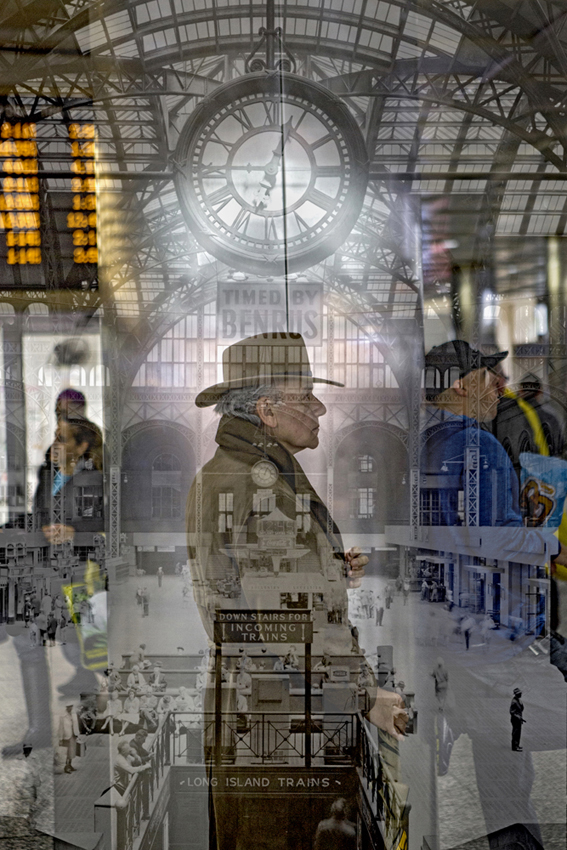 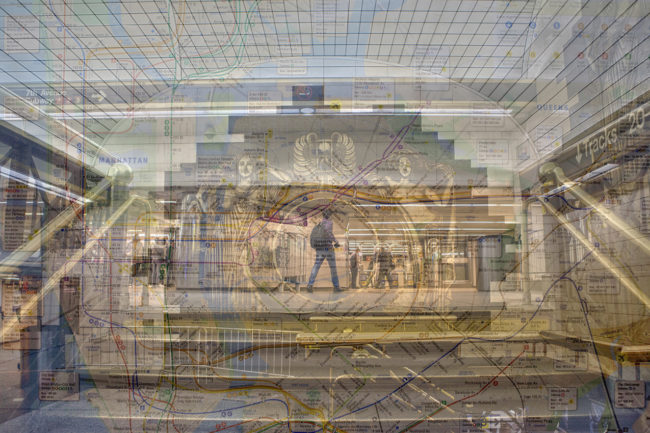 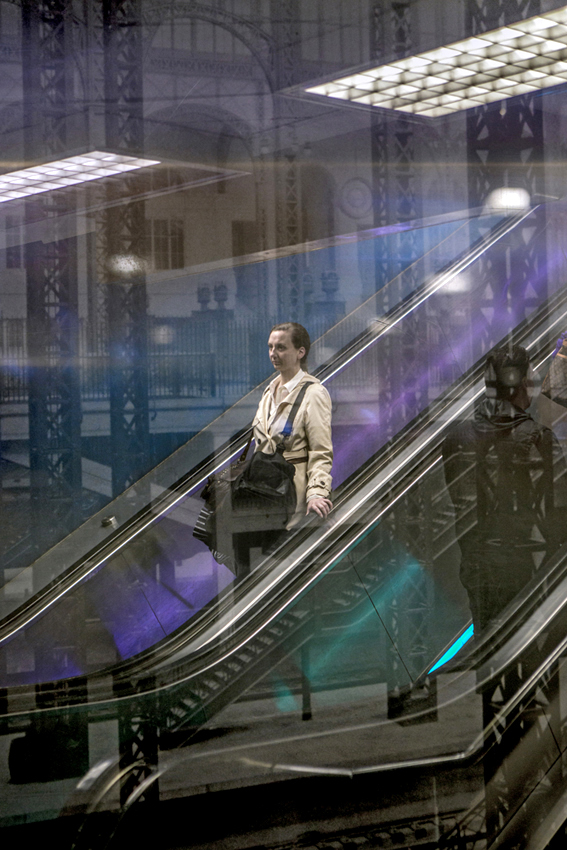 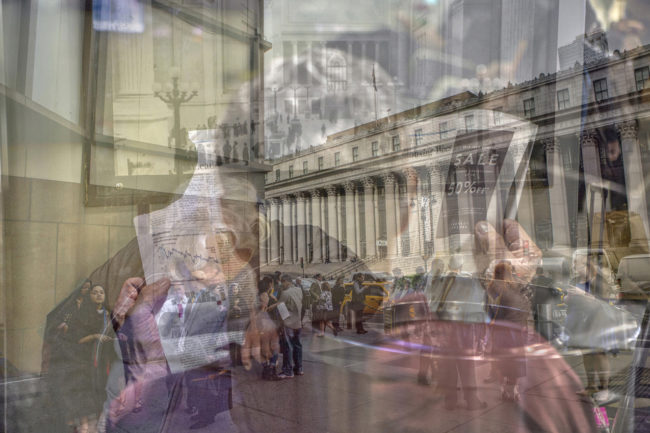 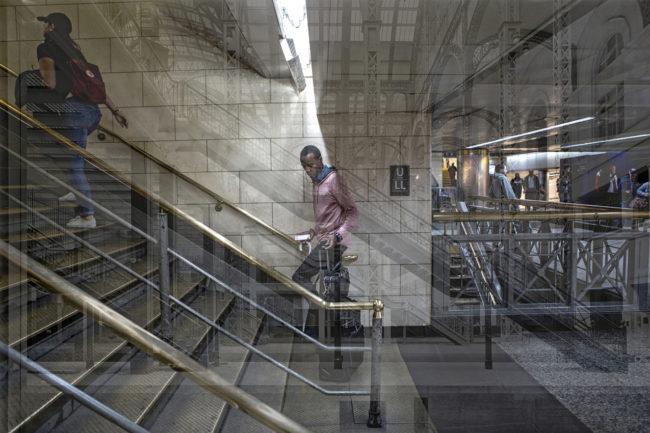 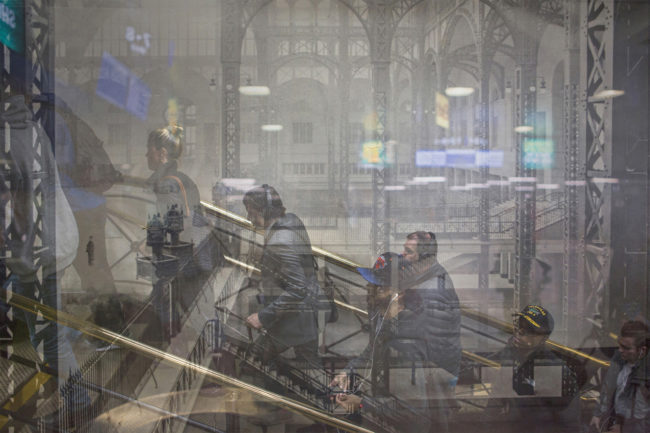 Heidi: Can you give me a little back story on the project?
Zach: I started to show my newly edited portfolio around to photo editors. I reached out to Sara; we were originally in contact about a year earlier when The New York Times wanted to publish a photograph of Kalief Browder that I made a few years ago.

She agreed to meet and review my new portfolio, we chatted about my work and the various projects she was working on with photographers. I wanted to experiment with blending multiple exposures in color. I followed up with her and I asked if I could explore that technique on assignment, and she came up with the idea of working on it at Penn Station.

What was their direction?
Since there is increasing conversation about renovating Penn Station, she wanted to convey the idea of hope for a better station, and to illustrate possible improvements, as I explored this idea I had trouble trying to literally show potential additions to the station. I ended up wandering around the station and noticed vintage photographs hanging around, I was drawn to how beautiful the old station was before it was demolished in 1963. I started making double exposures of the vintage photographs and moments that were going on around me.

Where will these images run?
A selection of the images ran in the Opinions Section on the New York Times website.  I’d love for the photographs to be exhibited in the new Penn Station, hopefully that will happen one day.

The passage of time is a big part of it and to create a completely different perspective of the station. I like that what you are looking at doesn’t exist outside of the photograph, and it brings a good part of the past forward, and highlights how the current state of the station is not ideal.

What did this creative process underscore for you?
I enjoy working with photo editors, its nice to have some parameters and guidance, and at the same time have room to experiment and explore. 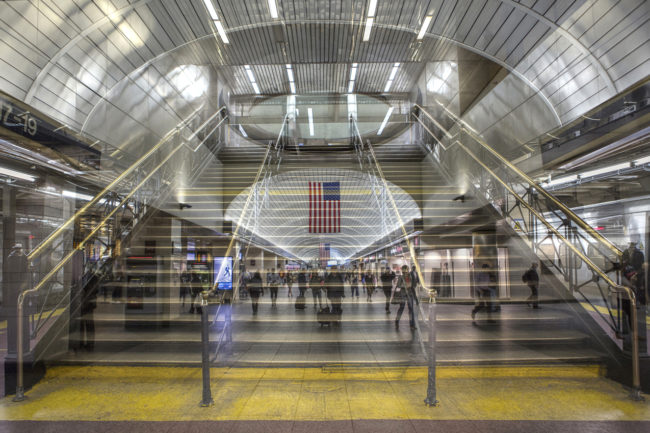 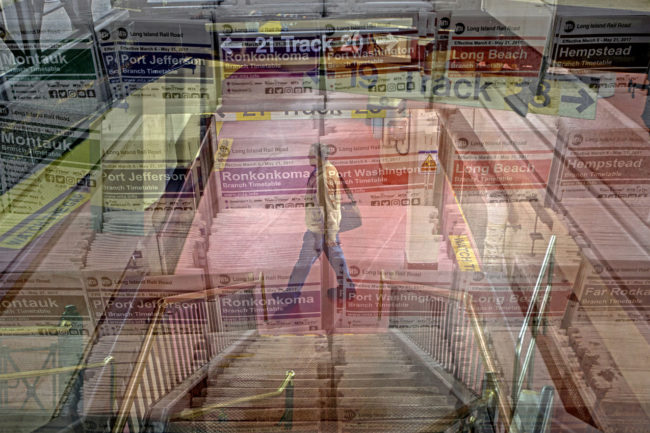