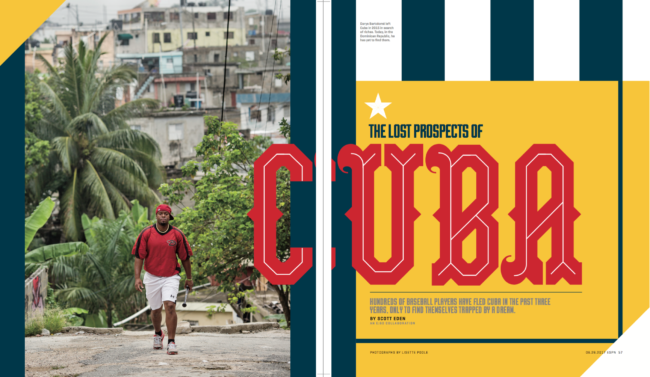 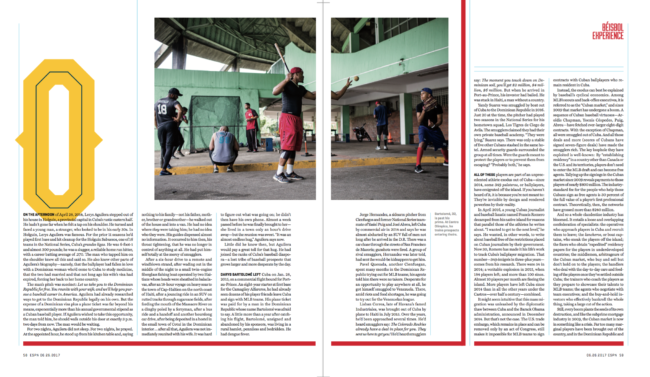 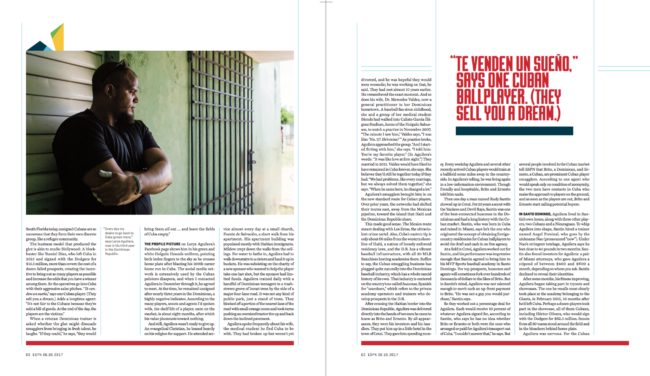 Heidi: How much of your work is based in Cuba vs North American/Carribean?
Lisette: I’m mostly based in Cuba but have worked all over Latin America and in the U.S. I have a lot of personal and assignment work in Cuba which I’d say makes up 60% of the work I do right now.

Is there a large local talent pool?
Yes, there are a large number of talented correspondents in Cuba. I feel lucky to have worked with them over the last two years.

Tell us about this opening image. Did you shoot this particular image for the opener?
I hadn’t planned it as an opener. I discovered that scene when I went to meet the subject at his house, Dary. We missed Dary for our first meeting but it gave me a chance to scout our location which was his house. The next day I shot him prepping for training and when I knew he’d be coming up that hill, I ran ahead. I thought it gave a great sense of place for his life and current situation.

What were you trying to draw out of the subject here?
Dary was usually upbeat and funny, but I could tell deep down he was disappointed by some of the things that happened in his career. I hoped he would let his guard down for a moment. First thing in the morning (this was shot around 6-7am) he was tired, on his way to work, he had just introduced me to his newborn son. It seemed like he was more “himself” then without his guard up. On this quiet morning, I could sense that he was out of place, no longer home, and not having reached that dream.

How did you and Lerys connect during the shoot? (Lerys is the main character, the portrait shot with the green background)
We connected because I listened. I am also Cuban and have lived there for almost three years now so we had an automatic bond. It was fascinating to me to hear the players’ stories of leaving Cuba, especially Lerys. He said that he left his house, telling his grandma he was going to buy cooking oil and never returned. He was still visibly shaken from the migration experience, spending hours on a tiny boat which was ill-equipped for the trip to Haiti. He also missed Cuba and really wanted to be home. Lerys seemed to feel defeated and didn’t want to be photographed so it took time to build confidence with him. His story reminded me so much of all the Cubans I know who’ve left like my own family and the women I followed last year as they travelled to the U.S. from Cuba through 13 countries.

The Daily Promo: Shaughn and John