The Daily Edit – The Wrap, The Guardian: Justin Bettman 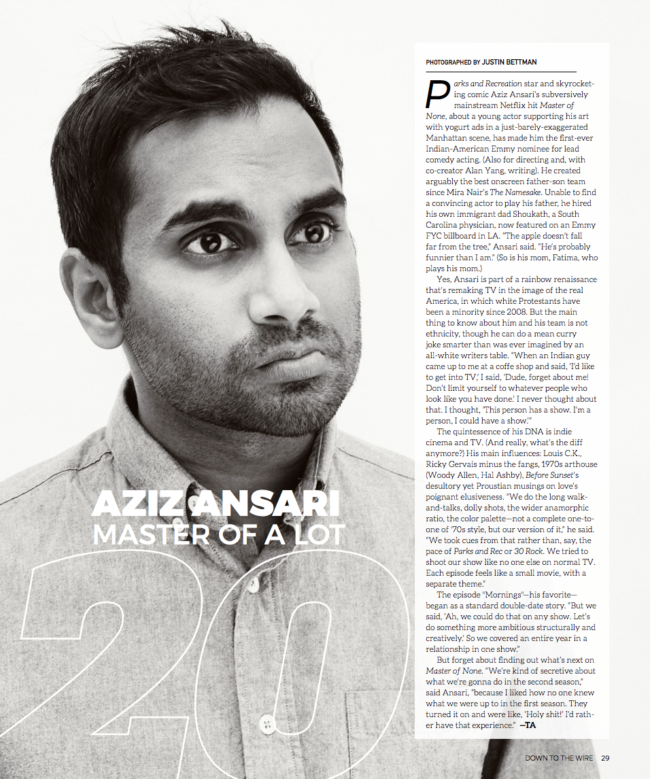 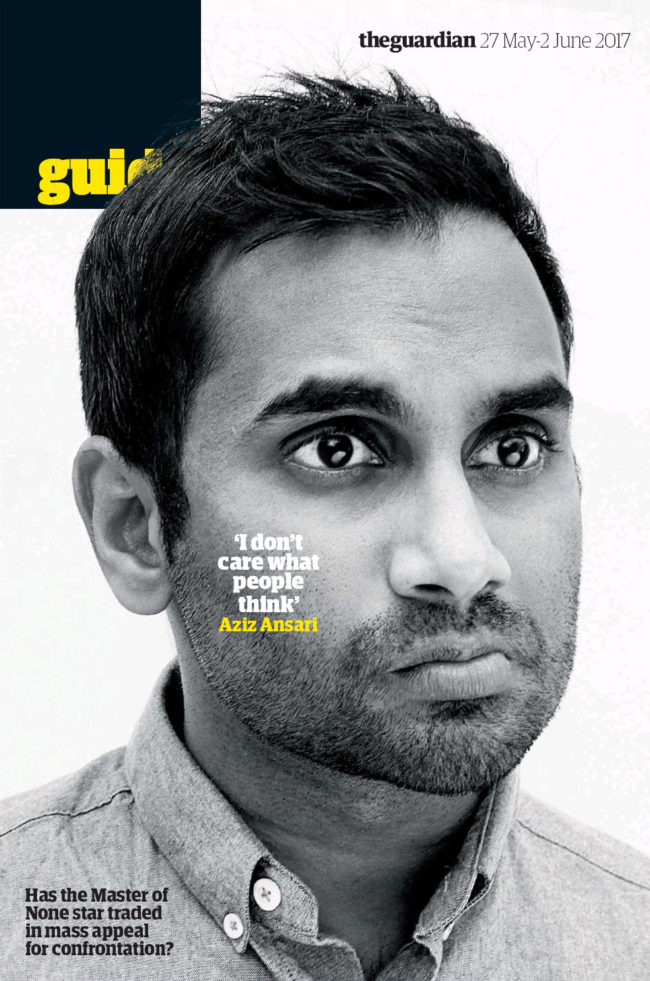 Was your preparation for this shoot different due to him being such a combination of talent?
This was my first time working with Aziz and I always try and do my homework on celebrities before I shoot them to show that I’m prepared. Fortunately, I had read Aziz’s book and watched Master of None season 1 prior to this shoot, so I had some talking points. But as is often the case with celebrities, there isn’t too much time for small talk since they are so busy and don’t have too much time to shoot. In this case, I ended up having around 15 minutes total to shoot.
Did you direct him at all?
I tried pitching a couple of conceptual ideas but his PR team wanted to do straightforward portraiture. Like most celebrities, he had a few expressions that he would consistently do and I felt like it was my job to try and take him out of those go-to poses and capture something unexpected.
Did you assume he’d be animated?
I’d seen Aziz do stand up before and he was super upbeat and energetic on stage so I did expect he’d be jovial. He was very polite and professional throughout the whole shoot but since he was exhausted from writing for the past few weeks (or months), he as a little more reserved than I expected.
Since you had under 30 min, how many set ups did you shoot?
I ended up doing 3 set ups. A studio shoot on a textured painted backdrop with strobes, a set up outside in the shade against white, and then environmental portraits just walking around outside. 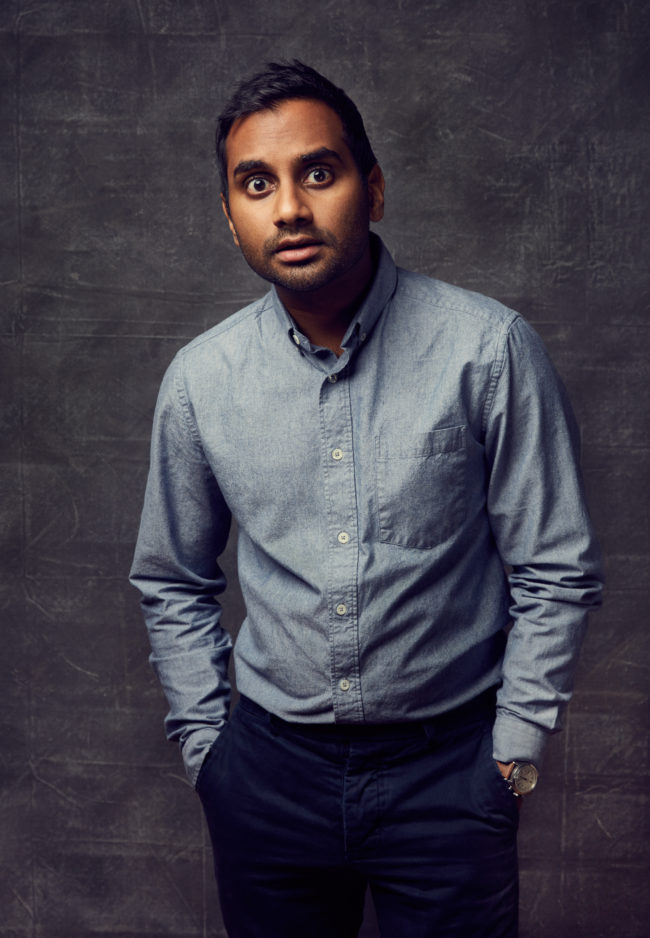 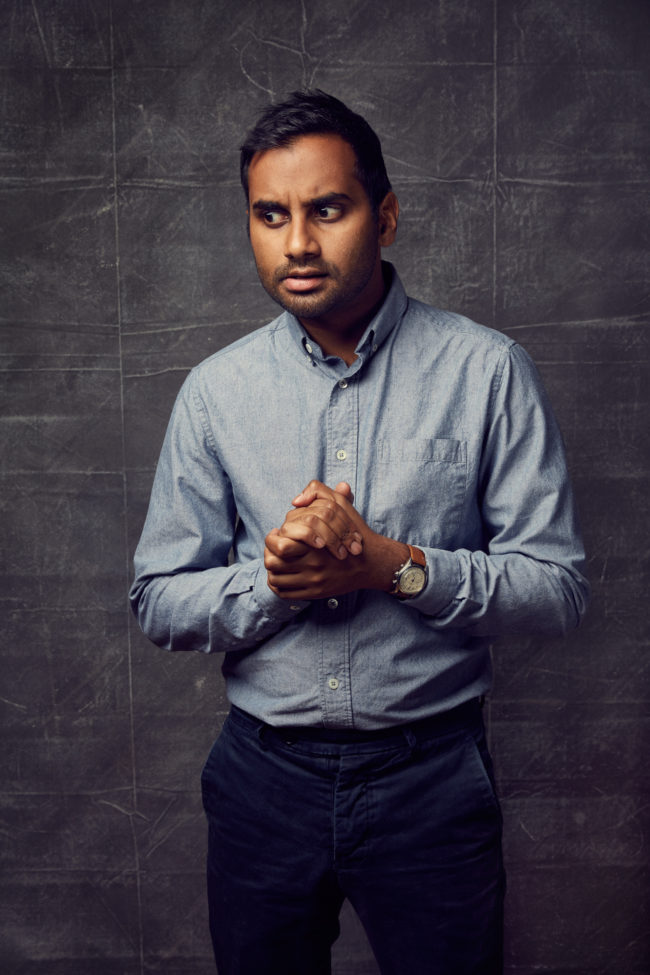 Which of the sets up did you end up liking the best and why?

I ended up liking the shots on the white seamless outside since I got the most unexpected shots there. Since there weren’t flashes constantly going off, he let a different side of him come through in those photographs.

Tell us about this moment that ended up as the cover for The Guardian.

I initially shot these photos for The Wrap, an LA-based film industry magazine. The Guardian reached out to me as Master of None Season 2 was coming out and asked if I’d be interested in licensing them a photograph from my previous shoot with Aziz Ansari. When I saw the final cover in layout I was super stoked since this is my first cover I’ve shot.

Since he wrote and directed Master of None, was his on-screen character close to his real character?

In Master of None, you can see Dev is a sincere and caring guy. These characteristics on screen definitely translated to who he was during our shoot. As I touched on before, he wasn’t quite as energetic as I was expecting, but I think with comedians it’s hard to be “on” and cracking jokes all of the time. Overall it was a really pleasant shoot working with Aziz.