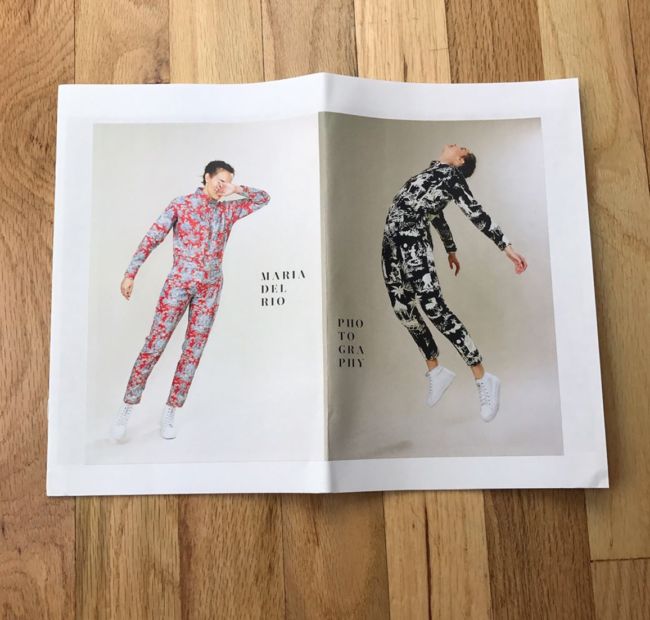 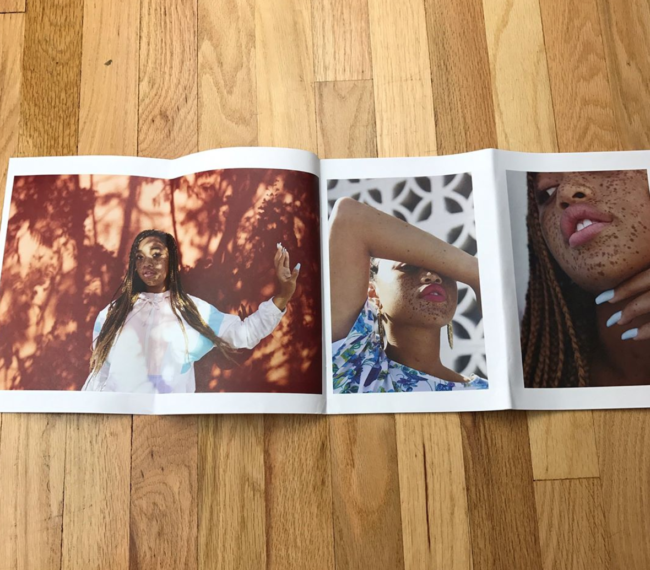 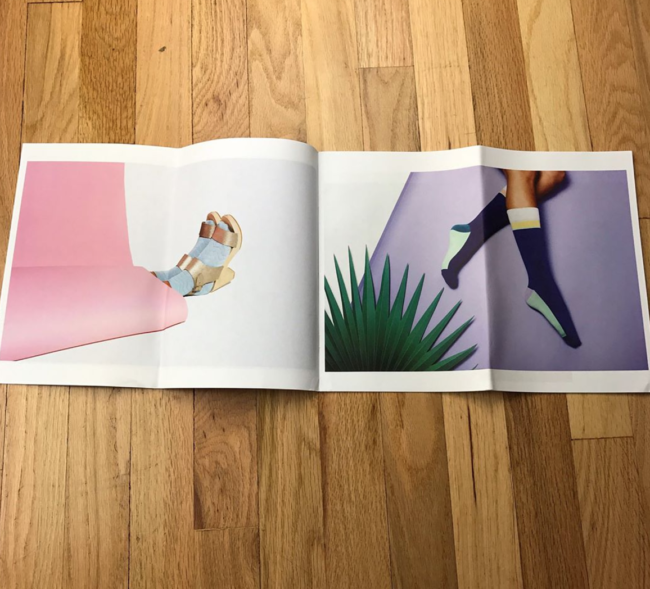 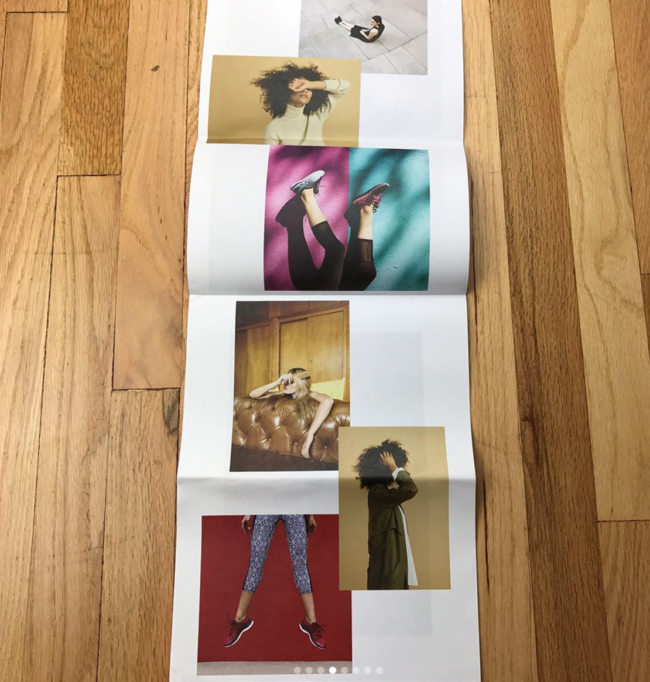 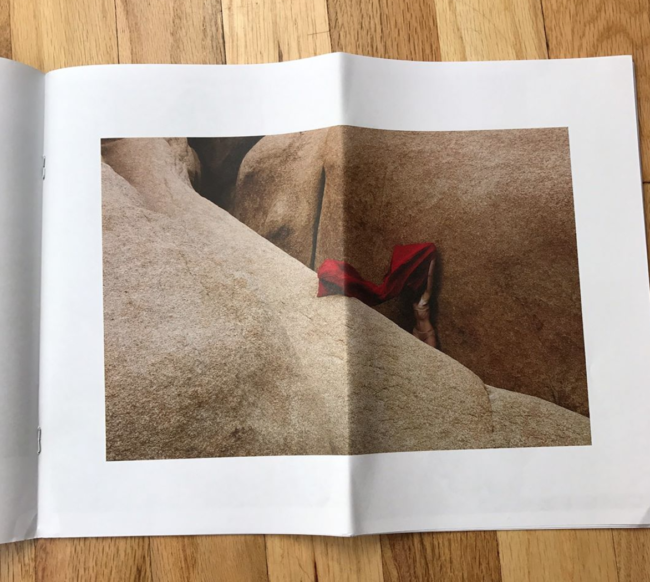 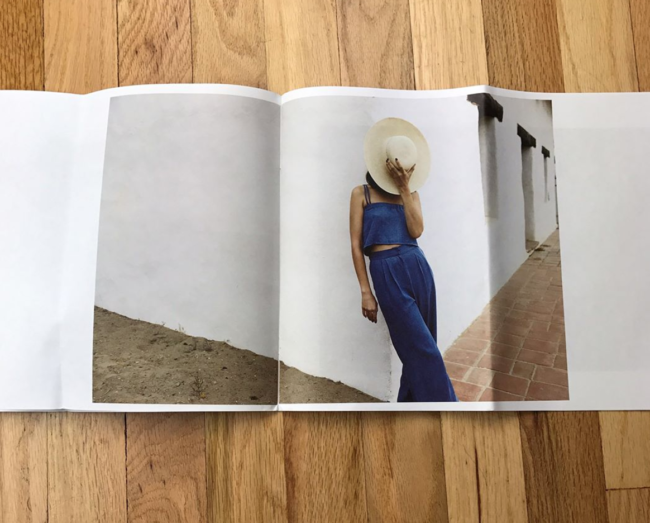 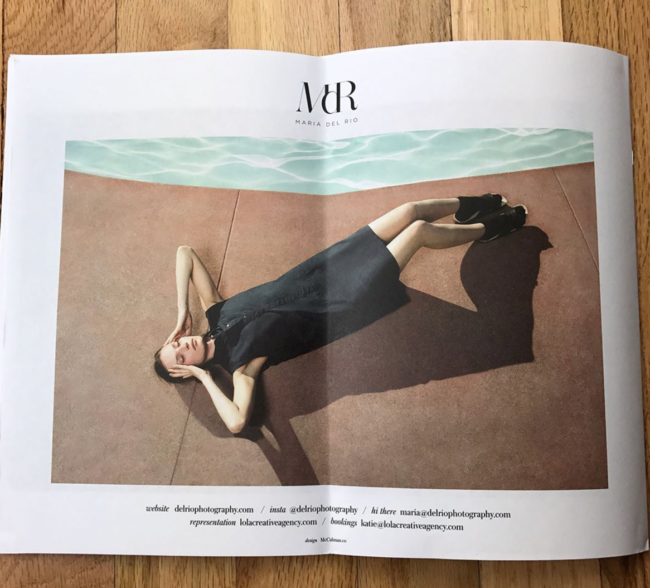 Who printed it?
Anthony over at AW Litho. He was great.  He worked directly with George, the designer on layout, and then mailed me color proofs. From there we tweaked things and got the colors just how I liked them.

Who designed it?
I worked with art director and designer George McCalman. We’ve worked together on shoots in the past and have lots of mutual friends. I had been wanting to work with him for a long time, I really respected his design skills, and equally important to me, his social values and voice.

Who edited the images?
George did, mostly. We met up before he began the design process and discussed what I was looking for.  This was my first mailer promo, the ones I had done before were smaller and used as leave-behinds. He walked me through the process and gave me lots of great advice. He suggested we use this one as more of an introduction to my work, rather than just new work because for most of the people receiving it, it would be their first time seeing my photography. He asked me to send him around 100 of my favorite images and then he narrowed it down to his tops. There was a little back and forth about what images I wanted to shine more than others and several layouts and cover variations we discussed but mostly I trusted his eye.

How many did you make?
1,000. Before that, I had never done more than 300 so I felt like I was swimming in promos. It’s been a good challenge for me to broaden my net of contacts. I’m packaging them and mailing them out by hand, so it’s a slow process and I’m still sending them out. I know a lot of photographers and agents do way more; and I have a new found respect.

How many times a year do you send out promos?
Never. I was a little intimidated by the process because of the expense and time so this is my first official mailer. Previously I would just make promos as a leave-behind after portfolio reviews or meetings and update it one to two times a year. My agent Katie, from Lola Creative, has done some small batch promos as well. I think one a year.

Tell us about how you overcame a few obstacles.
Ya, it still stresses me out but it’s definitely been a learning lesson. This is more than triple the amount of promos I’ve ever printed, and obviously, the expense of printing promos is rough. I finally convinced myself the importance of doing it properly and accepted it as an investment. George and I went back and forth so many times over the design, I triple checked the spelling of my name and contact. I showed people in my network, other designers, people from my agency, and friends for feedback. I’m Mexican, so everything is a communal process. I had several rounds of parties where I bribed my friend’s with alcohol and food to help me package up the promos. I’d have my assistants helping package promos on mellow set days. I recruited everyone’s help.

After several rounds of this, my little sister came over to help one night (she is a science and math person, the complete opposite of me). She took one look at the promo cover and said, “Did you mean to spell Photography wrong?” PHOTOGRAPHY was spelled wrong! It was missing the second “h”, but because of the layout, your mind sort of just puts the word together. But still, photography was spelled wrong; on the cover; on 1,000 promos. And at least 20 people had looked at it before I sent it out and no one noticed! Not me. Not George. Not my agent. I panicked. I couldn’t afford to reprint them all. I had already been sending out a ton. George and I talked it out, debating my options. George and Anthony, the printer, discussed it and we came up with a great solution. Rather than reprinting a handful, which would be really expensive to print and ship, Anthony created a sticker, matte paper sticker, that would go over the cover with the correction. I couldn’t swing it on all of them, and like I mentioned some had already gone out. But for the ones with the sticker, I’m super happy with how it looks.  As far as the ones that have the misspelling, I have to just let it go. Most people won’t notice. Some people will. Like a social experiment of the artist brain vs the science brain. Maybe I’ll be remembered as the Photographer who couldn’t spell Photography. Hey, if it makes my name stand out to even one art director, I’ll take it.

The Best Work I Saw at the NYT Portfolio Review, Part 2

The Daily Edit - The Wrap, The Guardian: Justin Bettman