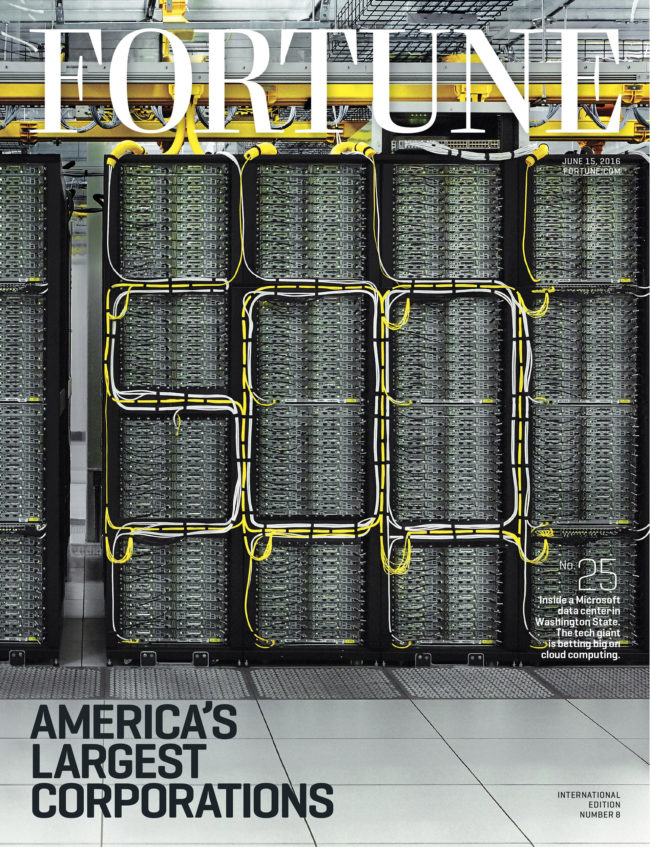 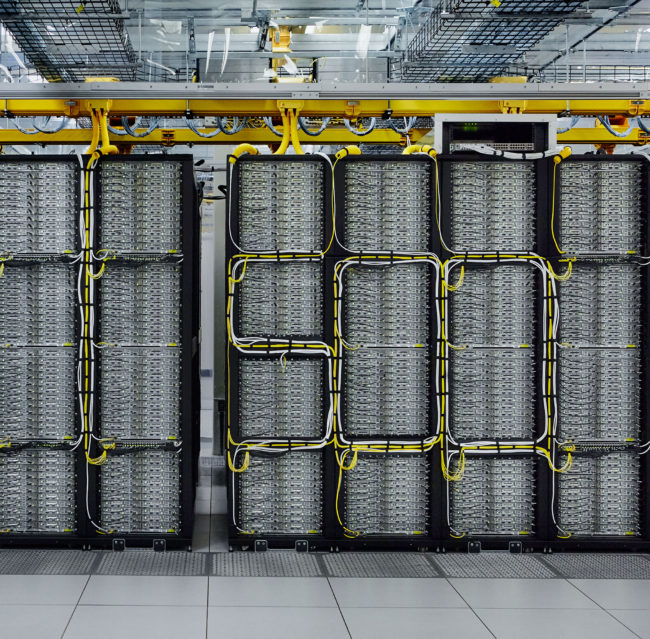 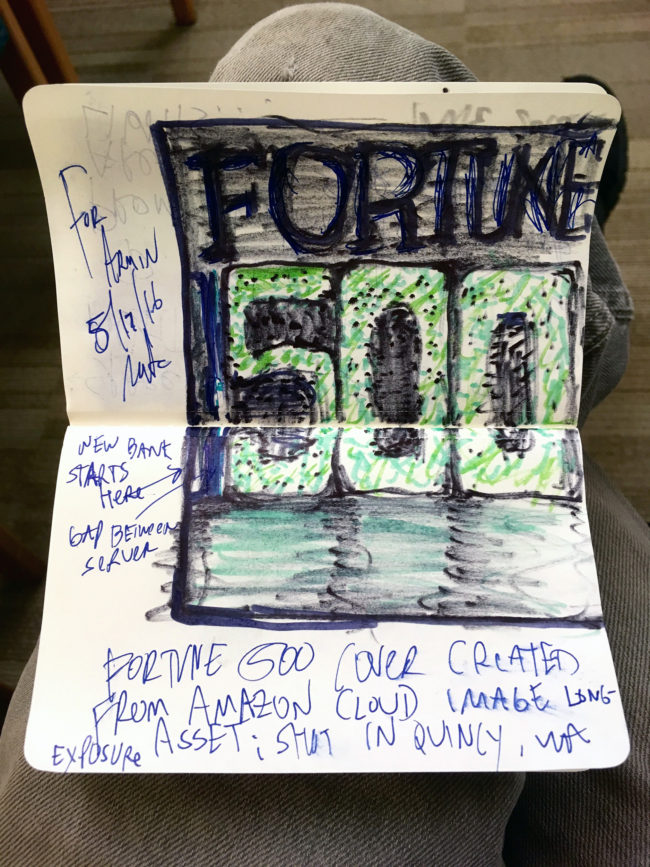 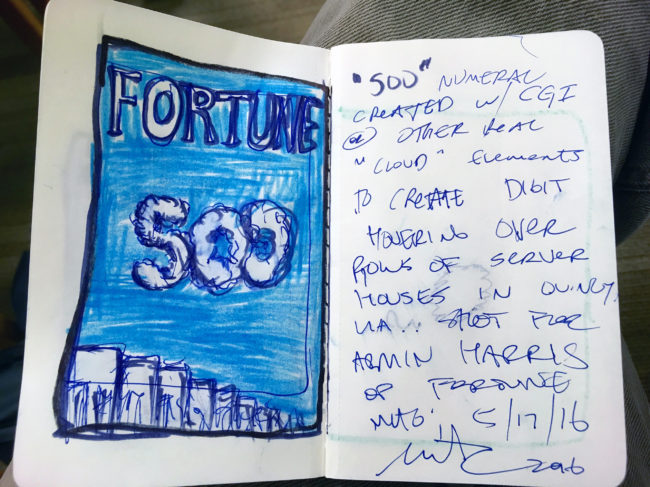 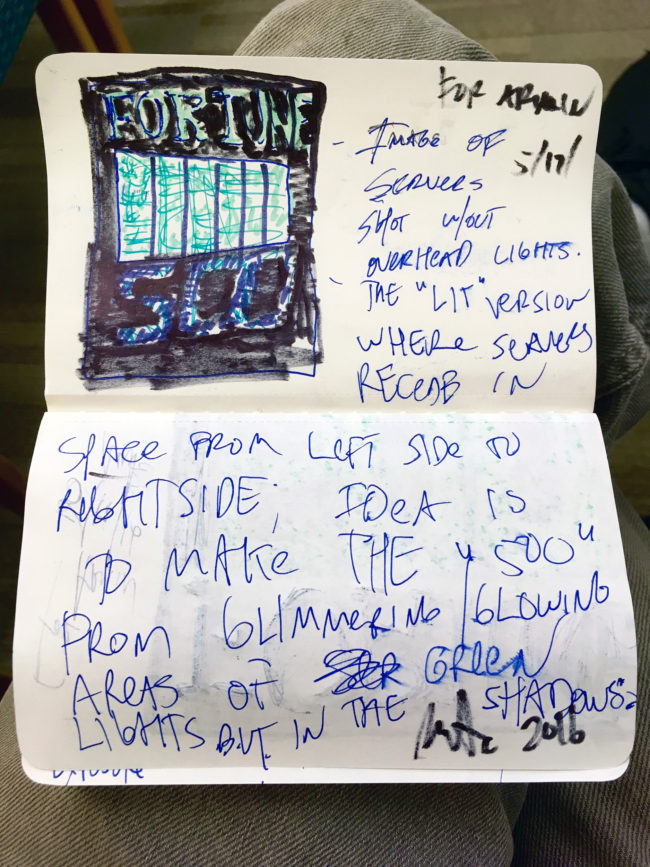 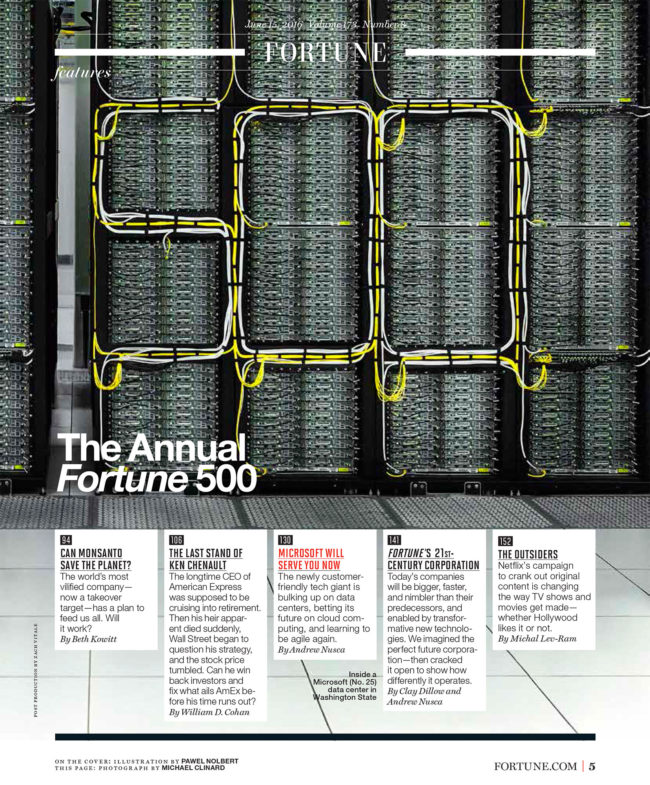 Heidi: How did this come about?
Michael: I met the assigning photo editor, Armin Harris, six years ago at a portfolio event in Manhattan. It took that long to get an email back in May from him asking as to my interest in shooting a feature for their annual 500 issue on Microsoft’s Scott Guthrie and the cloud services division he oversees.

Did you pitch the 500 cover idea or did you have the assignment and the magazine wanted to see what you could come up with?
Neither. Having already shot the portrait component a week earlier at Microsoft’s headquarters in Redmond, I wasn’t really thinking a server room could be jazzed up all that much because it’s kind of ”blah” subject matter. I’m typically sketching before shoots, but I didn’t know the server facility was being considered for the cover until Armin gave me an “extra credit” assignment the evening before leaving for Quincy, Washington.

Because the magazine publishes what they call under covers — takeoffs on a Fortune 500 cover highlighting other companies featured in the list — he asked I look for details that I could later recontextualize in post. To this end, I thought the best I’d do is some retro-futuristic version of the numeral in glowing, server lights or big, puffy clouds to play on the cloud storage idea. 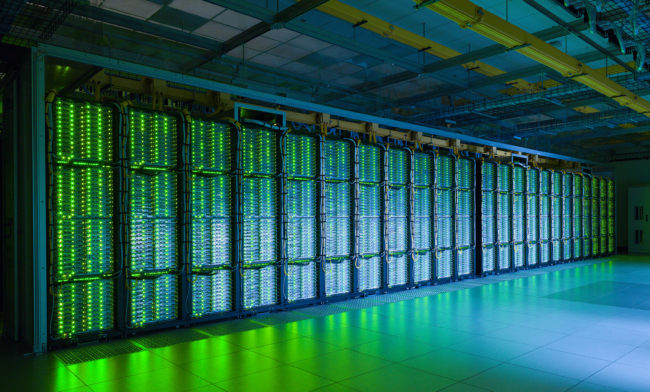 Did you have to get any special clearance to get inside this room to shoot?
Absolutely, NDAs and special concessions were being shared in the week leading up to the Quincy shoot. Additionally, I was asked to drastically reduce the amount of gear and flash units I’d typically bring in, so I got my kit down to a few heads, some niche grip items and Hasselblad’s tilt shift adapter because there were specific elements (clouds, cords, blinking lights) that I wanted to utilize to help tell this story.

Did they disable the servers?
Ha ha! No, I wish we’d been given the time to create the image fully in-camera, but I only had a couple hours to shoot multiple locations. I should note that I was given a folder of scouting pics to study before the shoot, so the only big allowance was that I was given a ten minute window to shoot in complete darkness to create the long-exposure image that opened the article.
This blue and green image was created in-camera?
Yes, it’s a 16 second exposure balanced with off-camera strobe. It is the style and direction I’d intended to take the cover since laying the number 500 in the shadows of the composition seemed doable. It was imperative I left the facility with enough image assets to create the final cover magic conjured in my sketches. 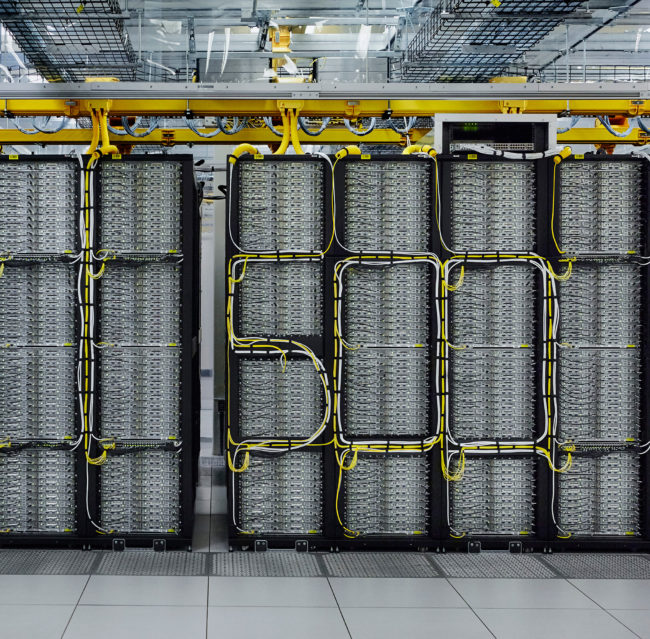 Was there a discussion about which typeface the number 500 would take?
Yes, font and typeface was very important. At one point, we entertained a big loopy five, but Armin shared a number of Fortune 500 covers throughout the years to help the entire team hone in on the best direction. In the end, we enjoyed the idea that the viewer might need do a double take to notice anything out of the ordinary, so our representation method mimicked the orderly presentation of wires and cables already evident on the server arrays.

How long did it take to create the final cover composite once the direction was chosen?
With retouching by Zach Vitale and under the esteemed direction of Mr. Harris, we delivered the final composite in a few days. A tremendous honor and privilege to execute, the image ran as both the international cover and national TOC page back in mid-June.