Are all creative editors also photographers or is this a reflective of your large skill set?
For the most part, I’m a Photo Editor. I research, request and edit photos for the front of book and features each month, but I also try to contribute original photography as much as possible. Whenever there’s an opportunity to shoot original photography for the magazine or website, I try to set up a shoot. I’ll discuss concepts/ideas with my Editor in Chief Sarah Douglas, Creative Director Artur Wandzel and the editor or write of the piece. For this shoot, I worked closely with Hannah Ghorashi who wrote the feature. We discussed concepts together before and conducted the shoot/interview within the same 2 hour window. Jenny Kanavaros was the makeup artist for the shoot, and we discussed keeping it with neutral tones but a strong brow.

What is your role at ArtNews?
Essentially,  I’d say my role has elements of both being a Photo Editor and Staff Photographer.

You mentioned you were inspired by an image from her 1976 performance.
What’s your process for sourcing inspiration?
I find inspiration everywhere. I try to first think big picture but I also like to keep it simple. For this shoot, I re-watched ‘The Artist is Present,’ The documentary that chronicled her 2010 Retrospective at MoMA, and I always find inspiration in looking at old archival images. This image in particular really stuck with me: 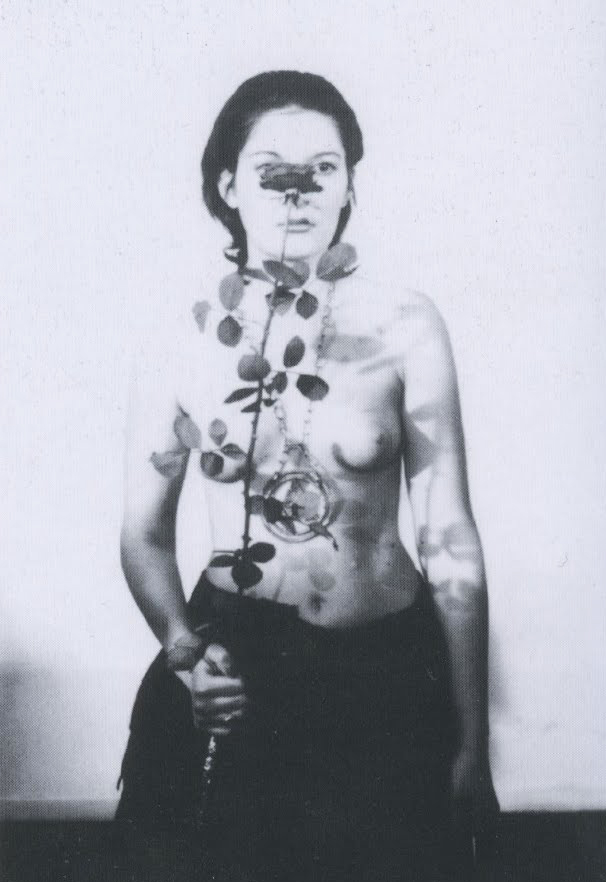 I wanted for us to try to emulate it in a different time and context. Our office is near the Flower District, so I handpicked a few long stemmed red roses the day of the shoot and brought them with me. Before I left dropped them in a vase with some flowers she already had on her kitchen table.

I love the Givenchy dress, it has look and feel of being a headmaster, what drew you to this look for her? I know you thumbed through her closet full of designer clothing.
It was surprisingly simple- Marina picked out the dress, and I loved it. She had so many beautiful outfits to choose from, but I personally loved the high contrast. It seemed bold and assertive in an understated way.

Marina Abramović is widely known for her performance art and clearly a trail blazer in that genre. How easy or hard was it to direct her?
It was a breeze directing her. With every shoot comes vastly different dynamics, like any other relationship or interaction in life. As a performance artist, she seems very aware of her physical presence and very comfortable in front of the camera. She has an intensity in her eyes and I found her to be very charismatic. This was a shoot where I took on a more passive role as the photographer. I tried to just let her do her thing. 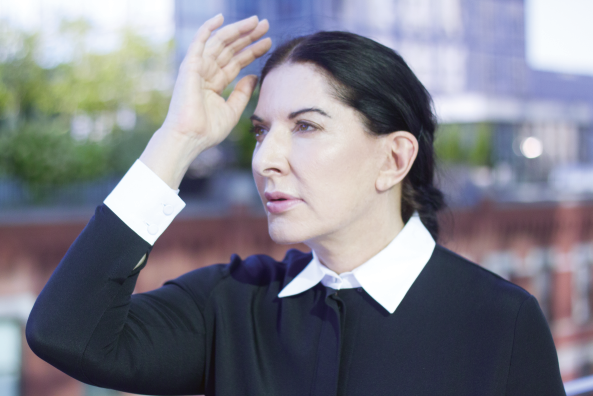 Aside from the simple rose for a prop, you had a candle and matches, why was that?
I had a general idea but wasn’t totally sure what the lighting in her apartment would be like the day of the shoot. I also just like to have a few unconventional props on hand just in case, so I brought a few candles and matches as a potential lighting tool in the event that we wanted to try a few intimately lit images, and I thought it might be nice to incorporate an open flame into the image somehow. In the end, the natural light was too good to pass up and I think that a darkly lit setting for the images wouldn’t have served the story as well. In addition to the candles and matches, I brought two large bags worth of lighting equipment to the shoot and didn’t end up using any of it.