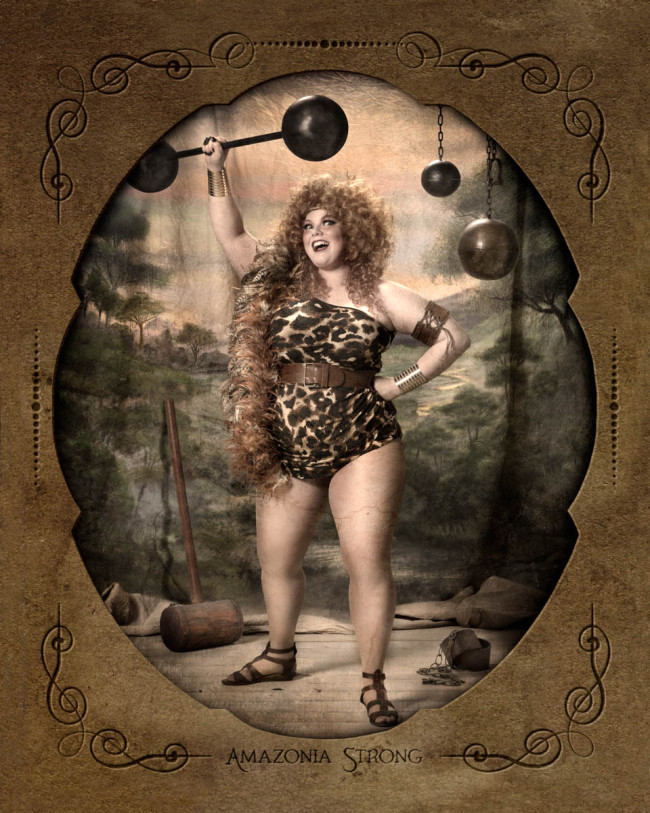 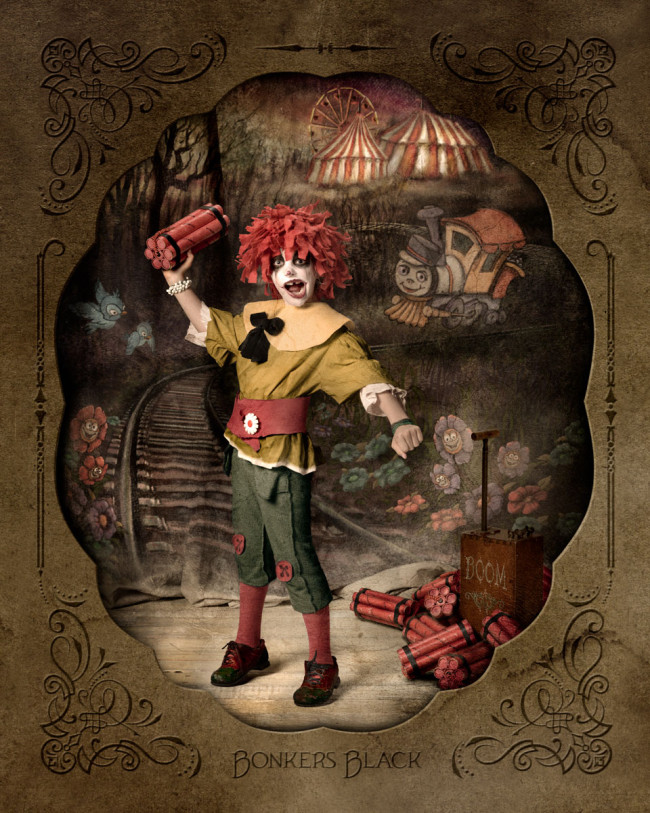 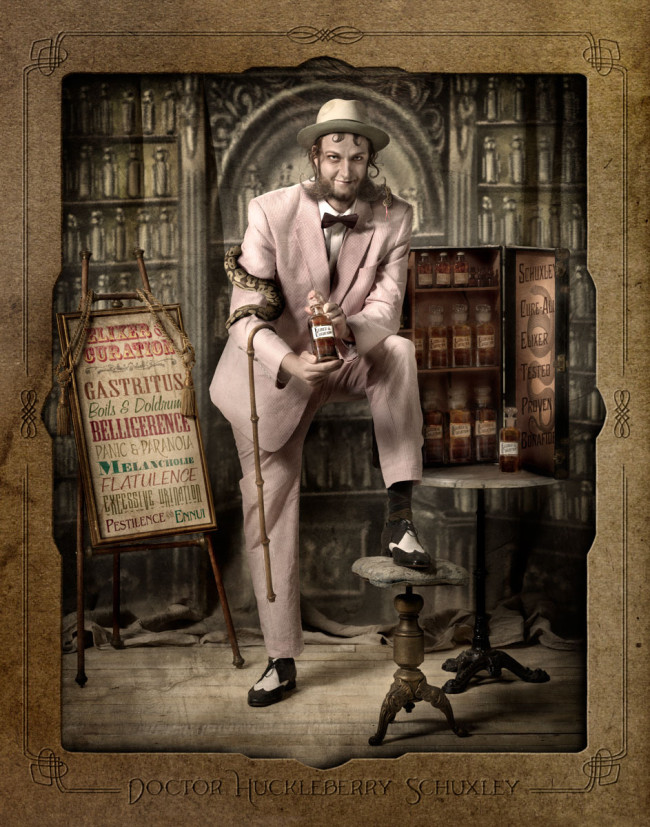 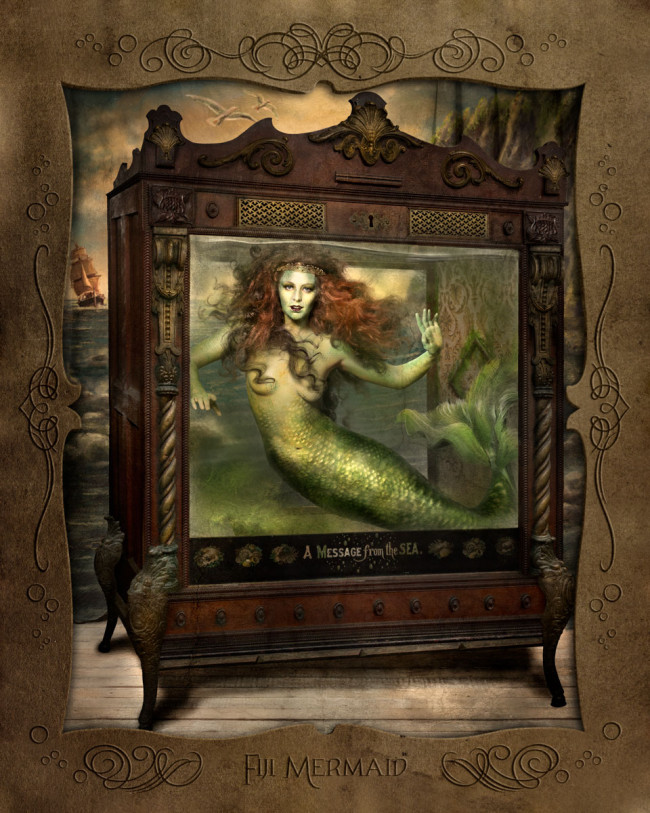 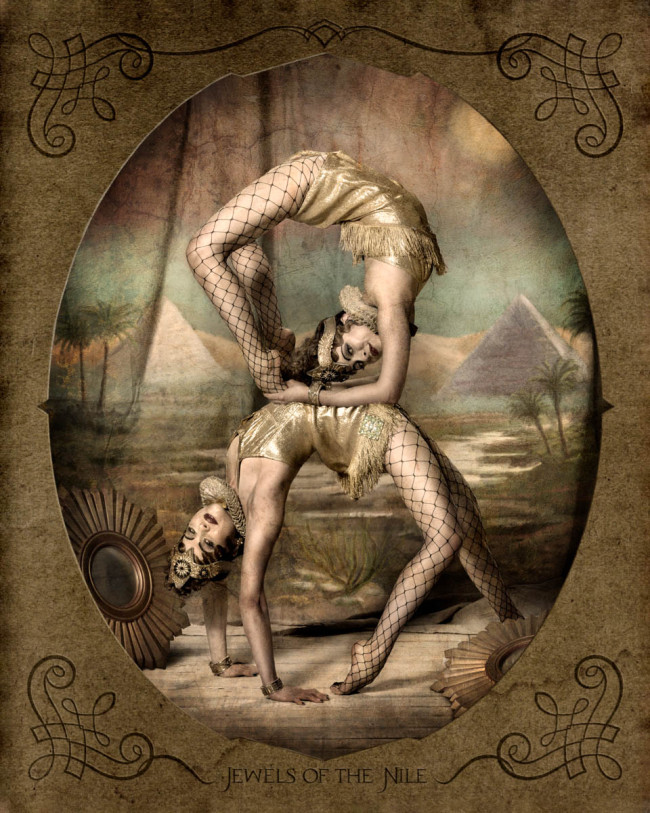 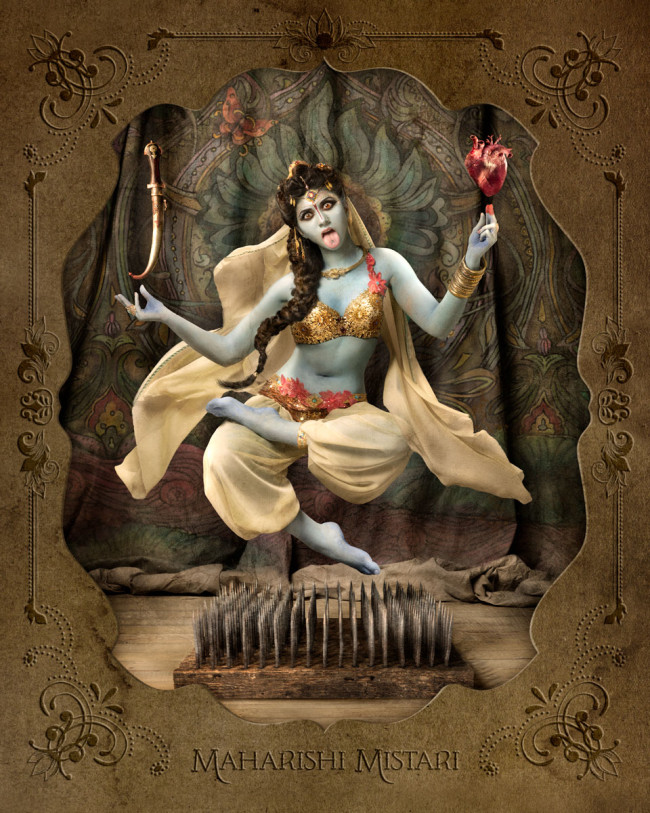 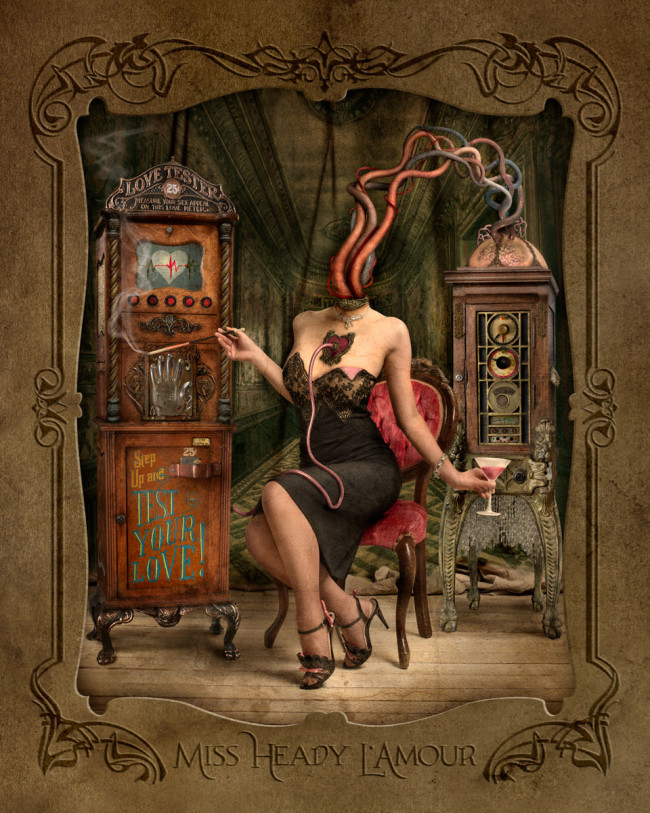 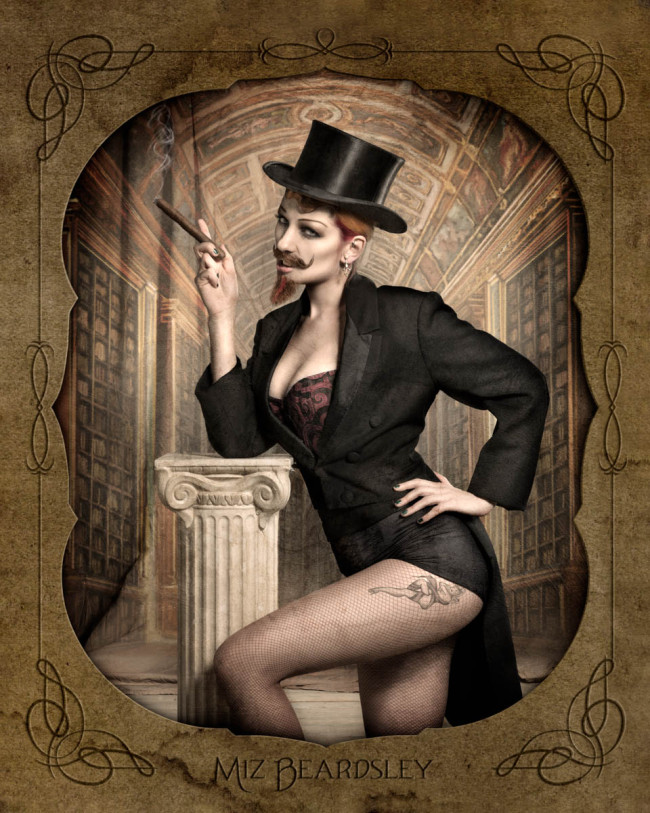 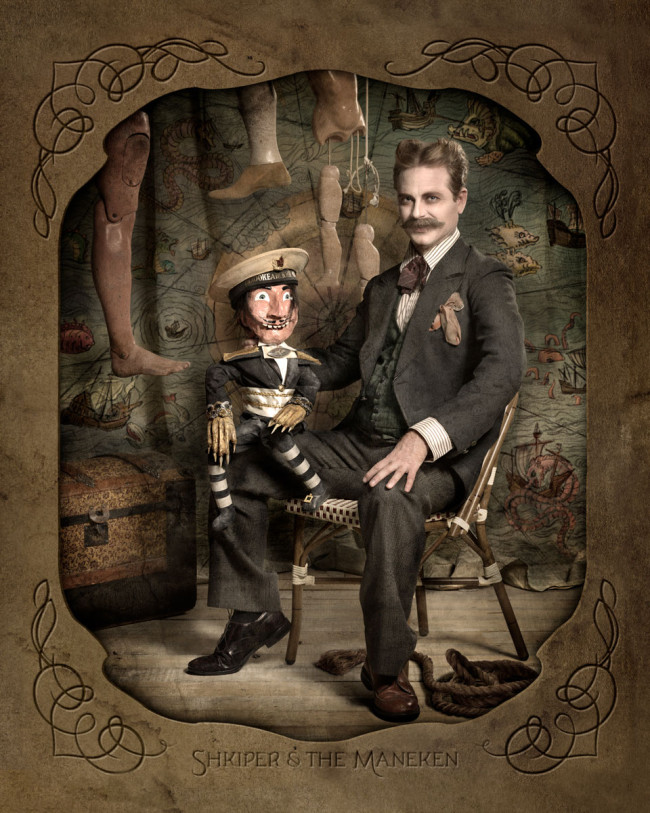 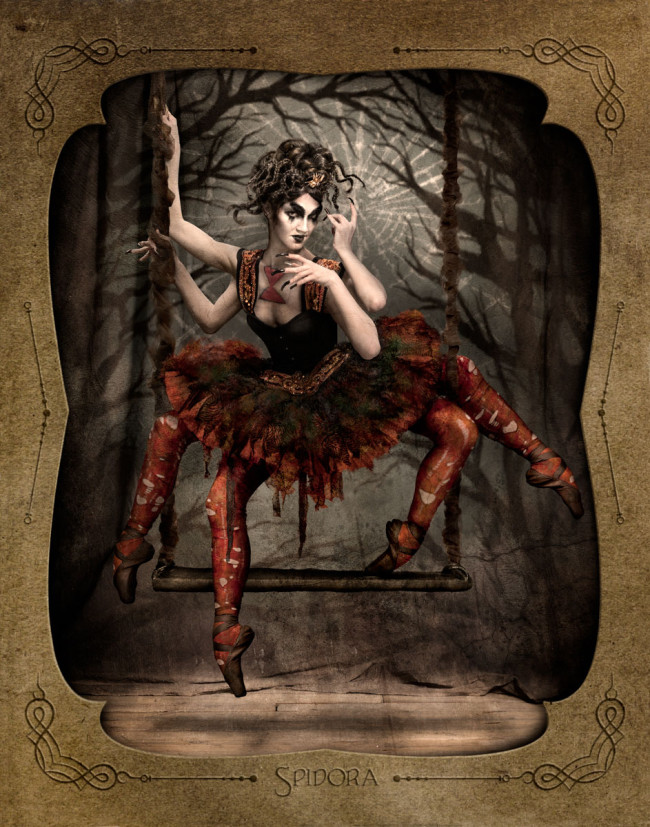 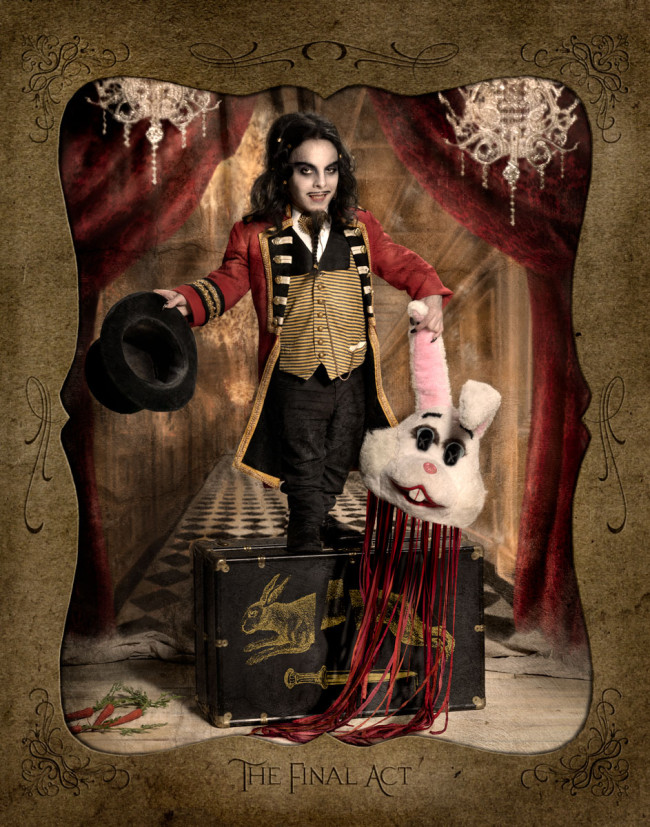 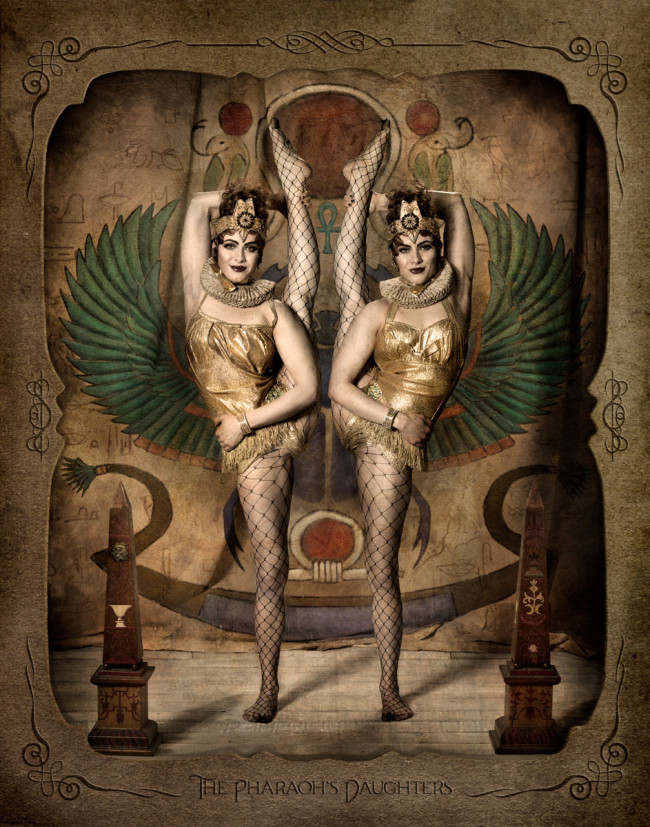 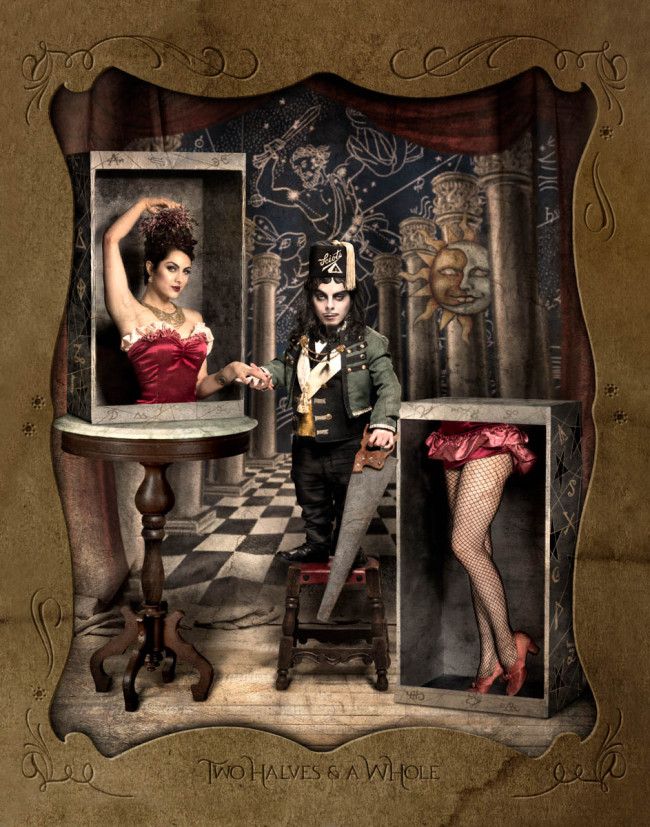 How long have you been shooting?
We’ve been working together with a focus on still production as a team for six years. Prior to that, our main focus was narrative film production. We both had been working in or near the industry for over 20 years.

Stacey started out art directing photoshoots while working in-house for major retail brands like Limited Stores and Columbia Sportswear. She then was the VP Design Director in charge of visual design and branding at the VIA San Francisco office. Soon after she transitioned behind the camera, to get back in touch with her roots as a set and prop maker for photos and film.

Jason was a broadcast journalist in the Navy for seven years before moving to San Francisco. There he began working in studio and field production for corporate clients which evolved into freelance commercial production as a cinematographer and director.

Are you self-taught or photography school taught?
Interestingly enough, Stacey majored in photography at the Bauhaus-focused Columbus College of Art and Design, but it was the set design and art direction that really captured her interest. Jason first studied acting at Carnegie Mellon University, then decided to jump behind the camera. He joined the Navy and went through their year-long journalism school that incorporated photography and motion production. After working as a Navy broadcast journalist that included four years in Japan, he came back to the States and finished a degree in Cinema at San Francisco State University.

With this particular project, what was your inspiration to shoot it?
We had been looking to create something that could take advantage of all of our skills, from photography to digital painting and compositing, to CGI. We also wanted to develop a body of work that lovingly recreated the once-common side show that was so filed with curious tales of mystery. It was wonderful to have so many different ideas to pick and choose from! Since many of the carny characters are infamously iconic, we were able put our own personal spin on the subjects and they were still very recognizable.

How many years have you been shooting this project before you decided to present it?
The initial release of this project was slated for a gallery show we had at Bash Contemporary in San Francisco in October of 2014. We shot the first series in May of 2014 and worked on the post production over the next few months. We approach all of our shoots in much the same way as we would produce a commercial shoot. In this case, we pulled together the right team of costume design, hair design and make-up artists to tackle the 10 shots of the various talent in two days (and we actually added on two other concepts to maximize our time). The post end was much more intensive, with each image requiring around 20 hours each to finish. Some images required a bit of CG and the gathering of other elements to be composited together.

The series has been received very well, and it has gone on to show at Scope Miami, The LA Art Show, and Vanilla Gallery in Tokyo. For the Vanilla show, we did another shoot in February of this year and finished two new images in the series, and we still have three more pieces from that shoot to release. One will be released in early fall 2015 with Loved to Death, the infamous shop of curiosity from the TV show “Oddities.” Two more will debut in a soon-to-be-announced gallery.

How long do you spend on a personal project before deciding if it is working?
We often will develop an idea anywhere between weeks and months until we feel that the concept is solid. In truth, we don’t move forward with any project until we feel it is 110% dialed in. We meticulously plan all of our shoots and treat them in many ways, the same way we treat a commercial job, often building treatments to communicate clearly with everyone on the project so very little is left to chance. By the time we move into production it becomes more of an execution with room for flexibility and collaboration.

Since shooting for your portfolio is different from personal work, how do you feel when the work is different?
We try to satisfy both worlds whenever possible, or at the least, gather something for each. More and more, we’re finding that we tend to keep our portfolio pieces simpler in presentation, whereas our personal projects can become much more baroque and elaborate The artistic work is tremendously satisfying, and there are many, many roads we see that are worth exploring. The portfolio projects are great for really exercising our restraint, and challenge us to focus on the core concept of the image.

Have you ever posted your personal work on social media venues such as Reddit, Tumblr, Instagram or Facebook?
Instagram is our favorite outlet as we get to share so much of our art from works-in-progress, to on-set behind the scenes, to final pieces. We each have our own accounts (Stacey is @hld4ransom and @impureacts for Jason) where we share our individual processes, and we both use our artist account @ransom_mitchell to mostly focus on the finished work. These all feed into our Facebook and Twitter accounts, and occasionally Tumblr. Our recent expansion into international markets has us a little more focused on interacting on Twitter directly. We also participate in Behance, and we keep a few personal blogs such as http://www.fakebelieve.net that shares the Ransom & Mitchell process, http://jasonmitchell.org/blog/ where Jason shares his process and observations, and http://www.ransom-notes.net where Stacey writes about various artists and their work.

If so, has the work ever gone viral and possibly with great press?
We had one really evocative image called “It Will Be Ours,” http://art.ransommitchell.com/overview/1 of a young boy in a bare room watching TV with the room behind him consumed by an embodied Mother Nature. It was shared on Facebook a couple of days before we planned to released it for a gallery show — they had pulled it off of our website where we had parked it in preparation for our PR release. There was a sudden influx of hits — a quick Google image search showed us the breadcrumbs to find the first share. By the time we saw it, it had around 40 thousand likes and been shared thousands of times and was all over the place (mostly without attribution). We still find it here and there, and have thankfully seen an uptick in it leading back to us.

Jason’s personal nude series Dream Away http://jasonmitchell.org/dreamaway/ was just shown in May of 2015 at 111 Minna Gallery in San Francisco and was also a finalist for Critical Mass 2014. That series has been picked up by a number of international art and culture blogs as a result.

Have you printed your personal projects for your marketing to reach potential clients?
We love using our personal work for marketing as it can really show off how much we can flex our talents. And this work is always nice to send as a follow up to make a personal connection.

We created an art card box set of our bizarre “Die Familie” series which is sold through our art store. http://store.ransommitchell.com/product/die-familie-postcard-set Since it’s such an elaborate and unique set, it made a great impression on the select folks in the ad world who we sent it to as a gift. We find that sending unique art pieces that art Directors and Art Buyers can have for their own personal collection is a welcome way to reach out.

We’ve used “A Curious Thing” from our Undertow series http://art.ransommitchell.com/undertow/2 and “The Last Good Man” http://art.ransommitchell.com/artist-portraits/3 from our Artist Portrait series as postcard mailers. We then further our outreach by using the remaining postcards to increase our social media followers and fan mailing list. We simply ask followers to email us with their address and we send them an art postcard for free anywhere in the world. It’s amazing how the meager cost of postage creates incredible “share buzz” which in turn really increases our fan base.

Ransom & Mitchell is the the creative team of director – photographer Jason Mitchell and digital artist – set and prop designer Stacey Ransom. Together they create highly-detailed and visually-lush photographic portraits and scenarios. By seamlessly weaving their photography, digital artistry, CG, and motion skills, their unique style blurs the lines of photography and illustration. http://www.ransommitchell.com

What Is Photographic Vision Or Voice?