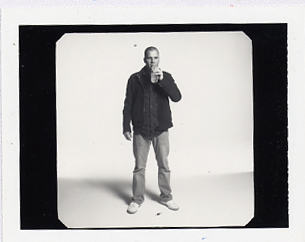 I consider Esquire to be one of the great publishers of editorial photography in the history of magazine making. Like any publication there are ups and downs but their standards remain very high and Michael does a tremendous job filling those very big shoes.

He originally moved to New York from Wisconsin to work in post production and editing for film but got sidetracked playing street-ball in Brooklyn (hey, goofing off does lead to great things), then started freelancing and landed a month long gig at GQ that ended up lasting 4 years. After taking some time off from GQ, Nancy Jo Iacoi called to see if he’d like a position at Esquire and 3 years later she left to become the director of Orchard (Getty Assignment). Michael interviewed with the Creative Director and Editor and was awarded the DOP position.

Esquire is among a handful of magazines that influences the editorial agenda for national magazine photography. The people you hire and the stories you publish have a far reaching impact. Are you aware of this and if so, how do you reinforce it?

I am aware of it to a certain extent and I’d be lying if I didn’t say it was somewhat motivating to know that people are watching, but if it does anything, it pushes me to be smarter about who and how we assign photography. The magazine is held in such high regard, that I think initially when photographers get the call, most know they have to elevate their game. We collaborate, work with them, and still often have to push to go a little bit beyond.

Do you have a specific plan for how you use photography in Esquire? Win awards, entertain your readers, avoid the wrath of Granger? 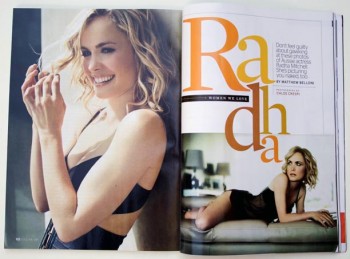 The goal is to be progressive, cultivate and use emerging talent, just not for every story and every issue. We really try to pace the commissions and be conscious of established and proven artists that still contribute great work.

Because we’re a general interest magazine, Associate Photo Editor Alison Unterreiner and I need to be on top of photographers and work across a lot of different categories like portrait, still life, photojournalism, art, fashion, etc. We try not stick to the same photographers over and over, because if you do the aesthetic becomes too homogeneous and stagnant. The goal is to give the reader a visual trail mix, offer a new experience or collection each month. Luckily the stories in Esquire dictate a lot of this variety.

Awards are nice but just a side result. All photo editors secretly hope that an assignment, commissioned at any size, will be award worthy.

It seems like the window to produce photography for a monthly magazine continues to shrink because editors want the stories they assign to be more topical. How do you make sure you’re getting talented photographers who are always busy into the book without the long lead times? 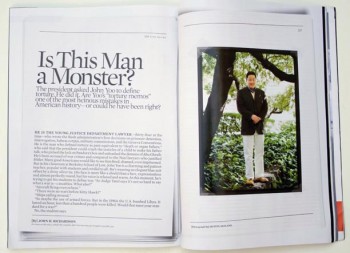 If the initial photographer, that I know in my mind is right is unavailable, I’ll go to the next person on my list. If that person is unavailable, I’ll go to the next but if it doesn’t happen after that third person, I often step back and think about other ways to visually represent the story photographically or dig deeper, then I’ll have a discussion with David Curcurito (and of course Granger), about altering the photographic approach or going with a new name.

I’ll admit that I poached a good handful of photographers from Esquire over the years do you use any magazines to find photographers?

No, not really, I’ll go to Universal News maybe once a month and flip through titles and if someone’s work happens to strike me, I’ll catalog it to look it up later. But, I wouldn’t really say I poach. I do enjoy looking at New York magazine though, I think Jody and her crew do a great job.

What are your methods for finding new photographers to hire? How do you prefer to be reached by people? 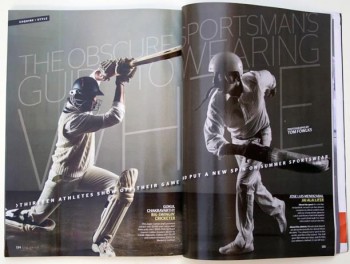 Alison and I have started to do occasional lunches where we will sit and show each other work and websites of people catching our eye. We’ll discuss their work and make lists of people who we agree on, who maybe will fit at some point in the magazine.

The other ways are through references from people I trust in the industry, mailed promos, portfolio drop offs or members of the creative department saying “hey, check out this site or this image.” I have to say that email promos are the worst way to reach me. If I recognize the person, fine, but often there is a problem with the images embedded in the e-mail, or the link to the site doesn’t open. We have so many pertinent work emails that if the email promos are setup badly or confusing, they become almost like digital noise.

You work at a magazine where the story trumps the photography and I’ve been in similar situations myself where “the story is running photography be dammed,” so you’ve got to figure out a solution that’s not going to embarrass you. Illustration is a natural choice but often I’ll see snap shots the writer took running in Esquire. What’s your approach in a situation like this?

I’m actually fine and in many cases I prefer writers to take snaps while they are reporting, especially if it gives insight to a location or subject or something happening spur of the moment related to the piece. If its trash we of course won’t use it, but if it can run small on a turn page and it adequately supports a part of the story, I’ll take a look. Some of our writers, Colby Buzzell for example, have on multiple occasions made the images a key part of the reporting process. Again, it goes back to variety. Do I want all the images in the magazine to be shot with a digi point and shoot, of course not, do I want that kind of shot to be the opener of a story, almost always no, but sometimes things are what they are. In fact, without telling you what the image is, next month we have a shot opening up a feature story that’s haunting, poignant and was taken by a non-photographer with just a basic camera. Look out for it, the story it’s attached to is fantastic.

Tell me about the recent Obama cover and how you came to run an outtake from a shoot published on the cover of Time. 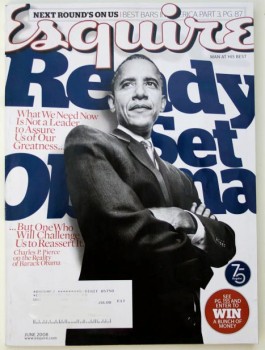 In response to the original question you refrenced, “we wonder how Esquire failed to get an exclusive portrait for their cover” my guess is that they didn’t bother to read Charles Pierces story on the inside of the issue “The Cynic and The Senator Obama.” Charles observed the Obama campaign from the outside, as the millions of us in the crowd are doing, and offered a critical appraisal of the Senator without a sit down interview. As you know, its rare, especially for a guy who had bigger fish to fry at the time of the issue, to participate in a shoot when there is no direct involvement with the piece.

We were of course aware that the Platon shoot was originally commissioned by Time and how they ran the material. However, Platon has a long history of shooting key political figures for Esquire, starting with, one of the most iconic of all time, the Bill Clinton cover in December of 2000. Since then, he has done others, GOP candidate McCain in 06 and Senator Edwards in 07. So, if a shoot would have somehow presented itself, its fair to say that he would have been at the top of our list. Thus, we were extremely happy that the B/W shot was available and that we got it for our cover.

So, number five on your list seemed about right, but I did find all the speculation entertaining.

Michael has agreed to take a few reader questions in the comments, so let him know what’s on your mind.

Electronic Newspaper To Debut In France