Here are the questions Leslie asked Clay to answer before the consultation:

What do you see as your target market(s)?

Commercial and Editorial. Unfortunately PSA’s because there is no money. In Canada the market is fairly conservative and safe, it’s been a difficult fit. My reps are finding it very difficult to convince AD’s that throw a Honda car in the background and you got a great advertisement using my style/look. You really have to spell it out for them.
As for Editorial, I’ve found it difficult to break into, again being in Canada, there is not a ton of options, and those that do exist are fairly conservative.
I have been trying to make contacts at US mags, but I constantly hear that budgets are becoming smaller and it’s really hard to justify flying me out to shoot something when there is already someone there.

Which 3 images are your favorites, and why? 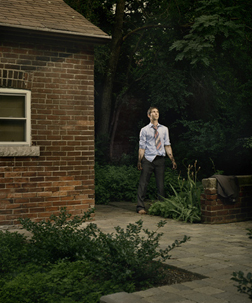 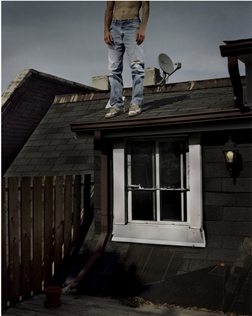 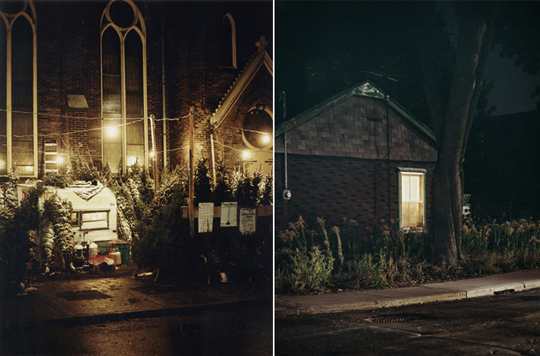 At first I went into explaining each of them, but soon found out there is similarities to all of them; story telling. Each image tells a story, and the viewer is compelled to either try and figure it out, or make up their own (I hope). I’m really drawn to photographers like Roger Ballen, Gregory Crewdson, Taryn Simon, and Nadav Kander. I’m also drawn to the disconnect of the subject matter, however this style is what’s killing me (besides PSA’s). It’s a tough sell. I think that’s why I also really respect the listed photographers, they’ve all been able to express their voice and have been really successful without having to compromise their vision.

How do you self-define your work? (for example “I shoot people in their environments, using mostly natural light and do not use digital manipulation”)

Most of my work is people in environments, with artificial light, sometimes a mix of natural and artificial. I rarely use digital manipulation, however I’ve been experimenting with it more and more to try and keep up with the market.

Describe, in detail, your dream project.

Pretty much any Nadav Kander job. It’s funny, my dream job (the only reason it wasn’t is because it was a freebie) happened a few years ago for the Alberta Ballet. I was given carte blanche, and everything was in sync and just came together. Don’t get me wrong, it was a lot of hard work but what I had imagined had organically come together. The same year Nadav did a similar campaign for the London Ballet, and at the IPA show my images took first place and his was second. I was floored, it was the biggest compliment.

What else are you doing for your marketing? (Mailers, emails, etc.?)

I’m terrible for marketing. I came from a small market and a lot of the people in the industry are my friends, so it was easy. Since I’ve moved to Toronto I’ve been doing mostly email promos, which I think, the same as mailers, are only successful if they are seen. I’m not a big fan of traditional marketing – but I’m told it works (especially by my reps). The main objective is to get people to your site or call in you book. That image has to be pretty amazing to get a PE or AD to take a minute out of their busy schedule, let alone take a look at your work. Also the industry is changing with Youtube, Facebook, etc. and there is a number of ways to get your name out there. Enter a contest that gets you a free photo consultation – that seems to be pretty good exposure.

How do you select your targets?

Mostly award shows and PE’s and AD’s at magazines. I try and find people that I respect and hope that we’ll have a similar aesthetic and either call them or email them. Sometimes it works and sometimes it doesn’t. Because I don’t have an American or European rep, I feel that I’m pretty limited to the fairly conservative Canadian market. My biggest fear is that I find the older I get and the more responsibilities I have, the more safe my work is getting. To be honest, I feel like I’m starting to get somewhat confused because I’m starting to feel that I’m going to have to change my look in order to get work or continue to struggle. So my approach, is changing to conform with my industry.

Why did you choose to be a photographer?

To be honest, I wanted to be a sculptor or a furniture designer but thought photography would be an easier way to make a living. A close family member has been very successful in photography, so I thought it would be an easy transition for me. In the city I was living in it was fairly easy. I worked my butt off and struggled to find my own voice but photography just came naturally. Now it’s all I do, all I think about and it’s my life. I couldn’t imagine doing anything else.