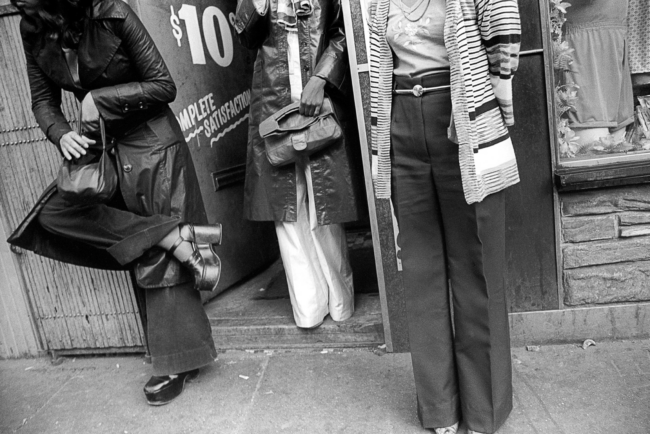 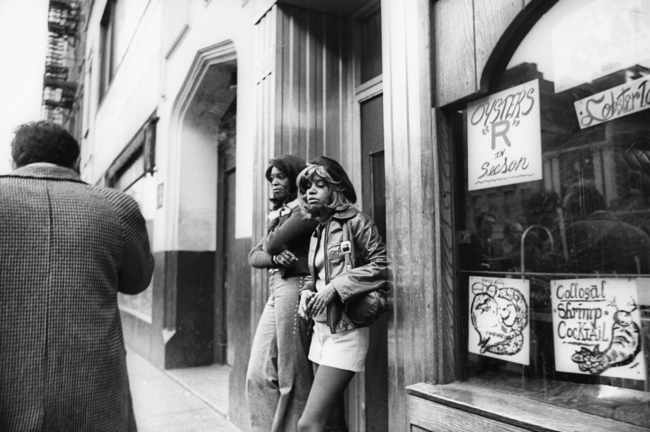 Heidi: How long did you work on this project, New York City 70s? and what was your process for shooting? ( did you walk everyday? was your camera always with you?)
Leland: I never really considered my 70’s NYC street photos of Times Square, The Bowery and general NYC to be a “project”. It is a collection of photos of street scenes that I felt compelled to capture. I moved into Manhattan in 1974 and my main interest was playing drums in a band that was part of the CBGB’s scene. Photography was a hobby at that point. To support myself during this time I drove a taxi and spent hours on the streets observing the different neighborhoods. I didn’t bring a camera with me when I was driving because it would have been an easy target for a thief. Remember, this was the 70’s in NYC. Whenever I was going anywhere outside of driving a cab, I had my camera with me. Often, I would just go out with my camera either on foot or on by bicycle looking for things to shoot. For much of my Times Square work at that time I used a 28mm lens pre-focused at about 5-6 feet, while holding the camera at my waist and firing off shots as I walked by. I also used an 80-200 zoom when I didn’t want to get to close. 40 years later I realized that I had a collection of images of a period time in NYC that no longer existed. Times Square turned in to Las Disney and The Bowery turned into high end condos and restaurants. I showed these images to a curator at the Museum of the City of New York and they took 18 images into their permanent collection. 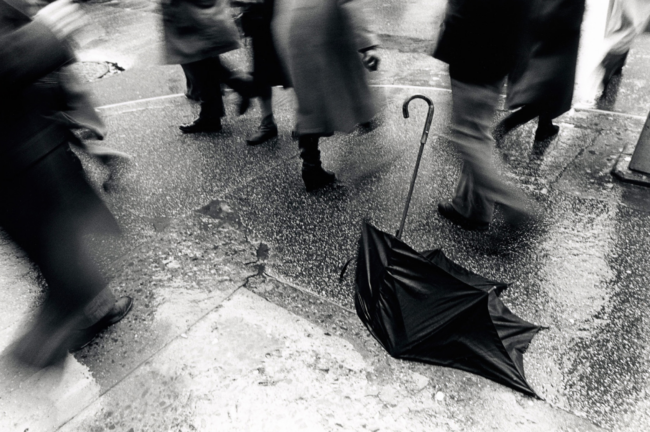 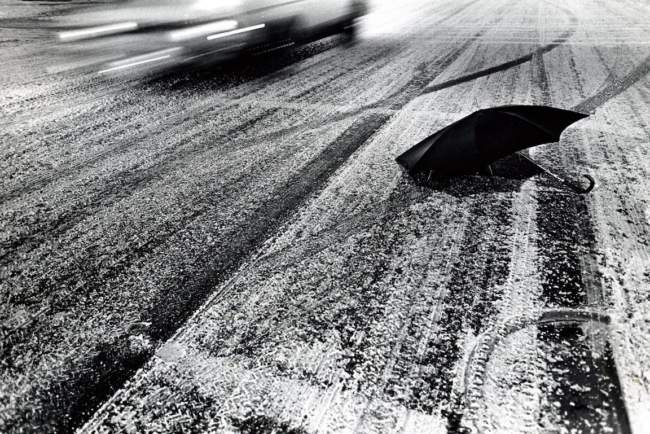 I loved the umbrella story, did you go out in all rain events in NYC and what drew you to the shape and visual appeal of the discarded umbrella?What attracted me to shoot discarded umbrellas on the street was not so much the shape of the umbrellas but seeing this discarded object on the street while life continued to hustle by this inanimate object. Many of these photos were shot at shutter speeds slow enough to capture the feeling of motion to illustrate this without total blurs usually at about a 30th or a 15th of a second. I would go out and look for these umbrellas after a rainy, windy day when umbrellas would get destroyed. I brought a portfolio of these over to Modern Photography Magazine and they ran a story titled Stormy Weather which was the first time I had any of my photos published.

What have you been working on lately?
The most recent photo project I finished was a collection of B&W street photos of NYC during the Covid lockdown in the spring of 2020. I titled this project Public Isolation. I have lived in Manhattan for 45 years and I’d never seen anything like this before. The streets were empty and quiet. I tried to captured photos with just 1 person in the frame to illustrate isolation. The museum of The City of NY is currently in the process of making selections for their permanent collection.

What would you tell your younger self about photography as a career?
I’d tell myself that it ain’t easy. I’ve been through numerous reinventions and phases over the years and have learned and that one must keep evolving. It’s really important as a commercial photographer to develop a personal style and to shoot personal work to keep the creative juices flowing. 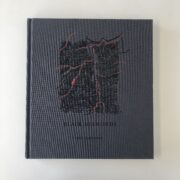 This Week in Photography: Black Diamonds

The Art of the Personal Project: Art Streiber