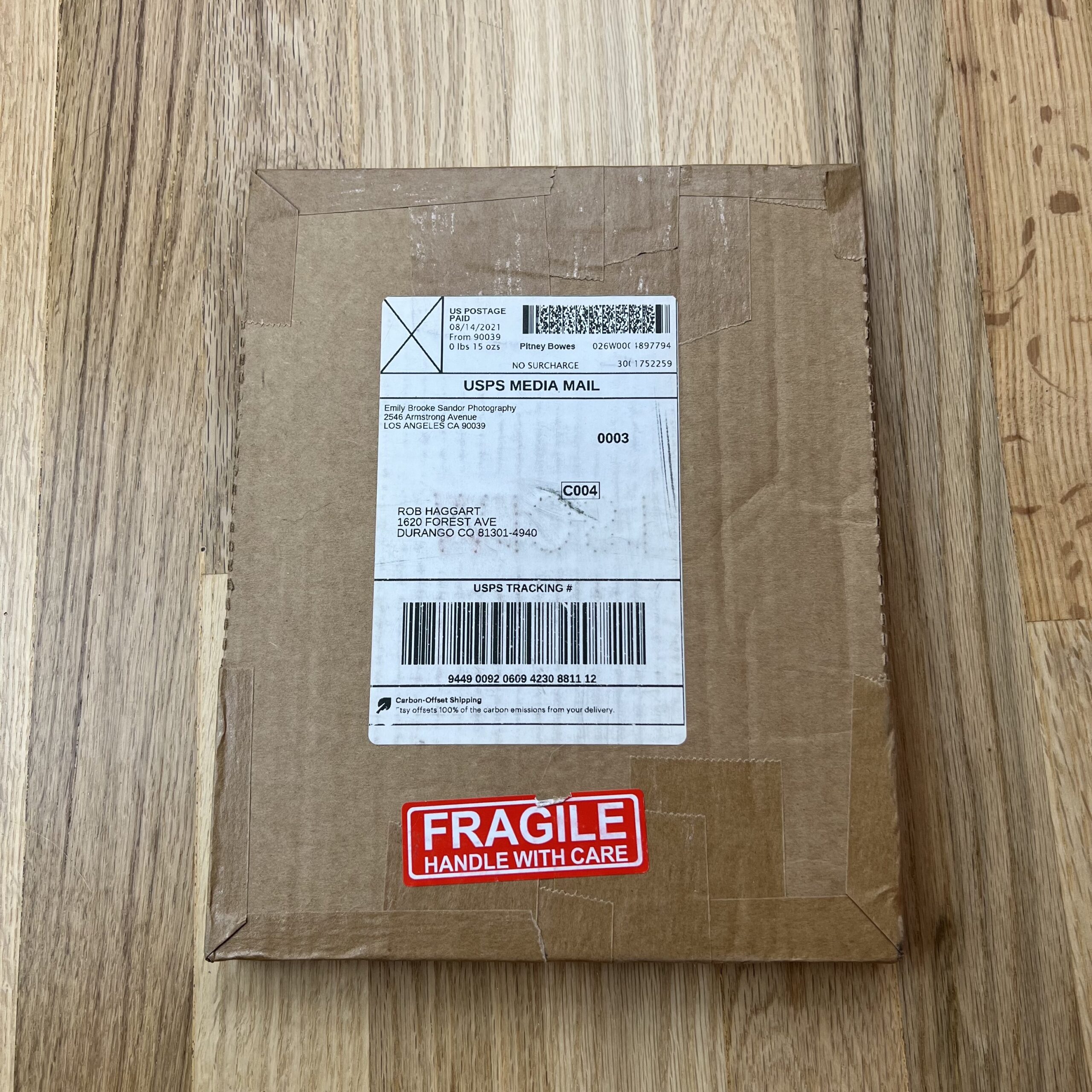 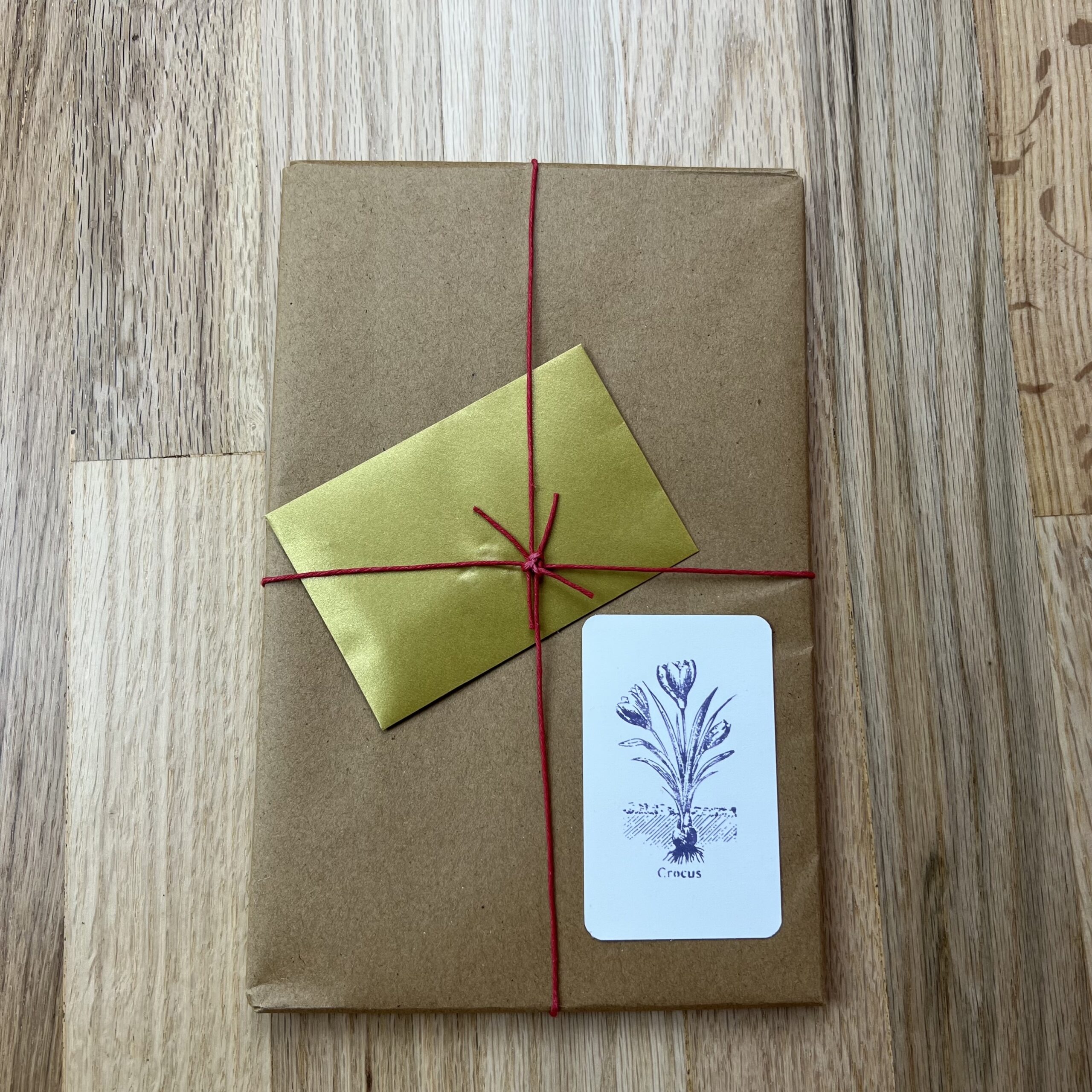 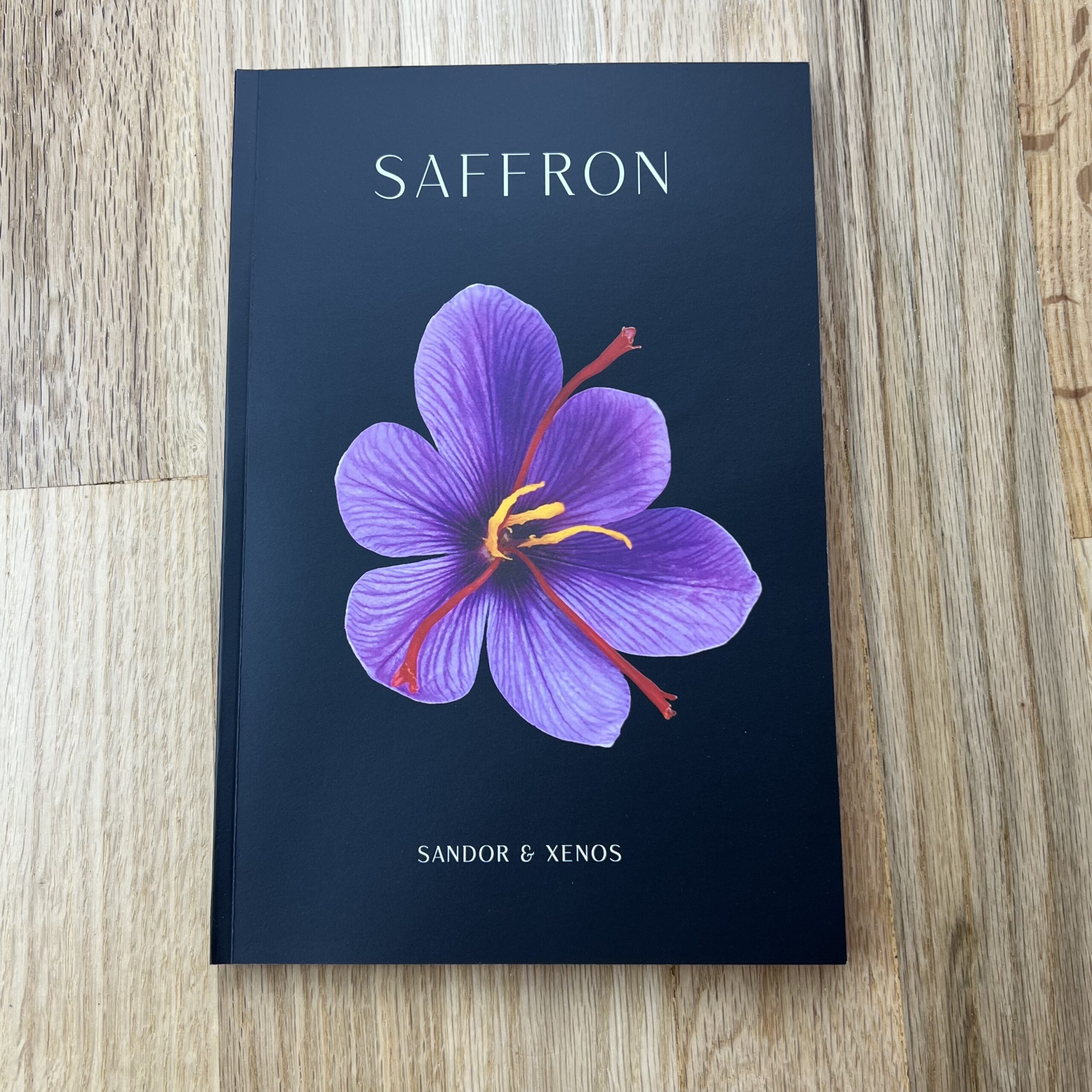 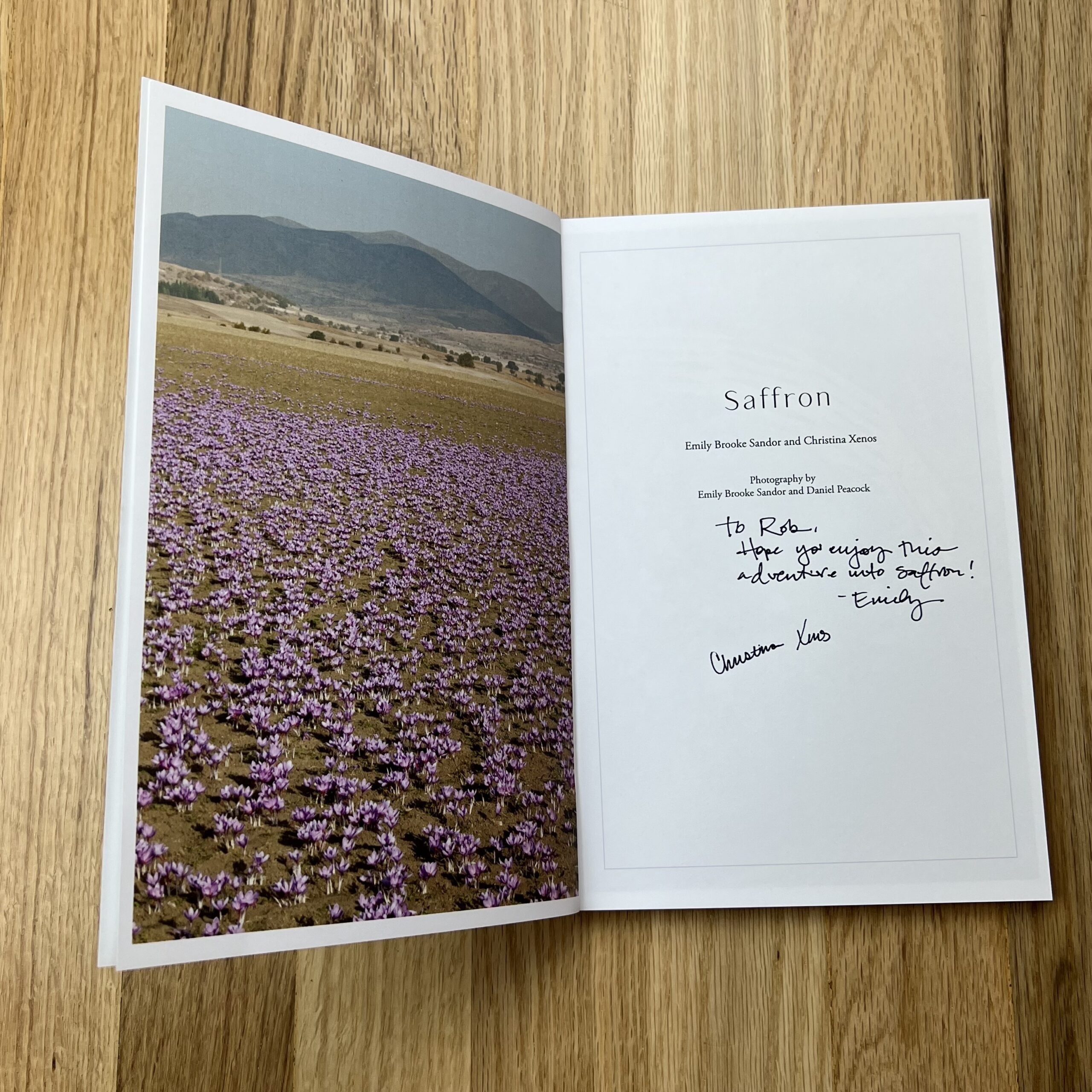 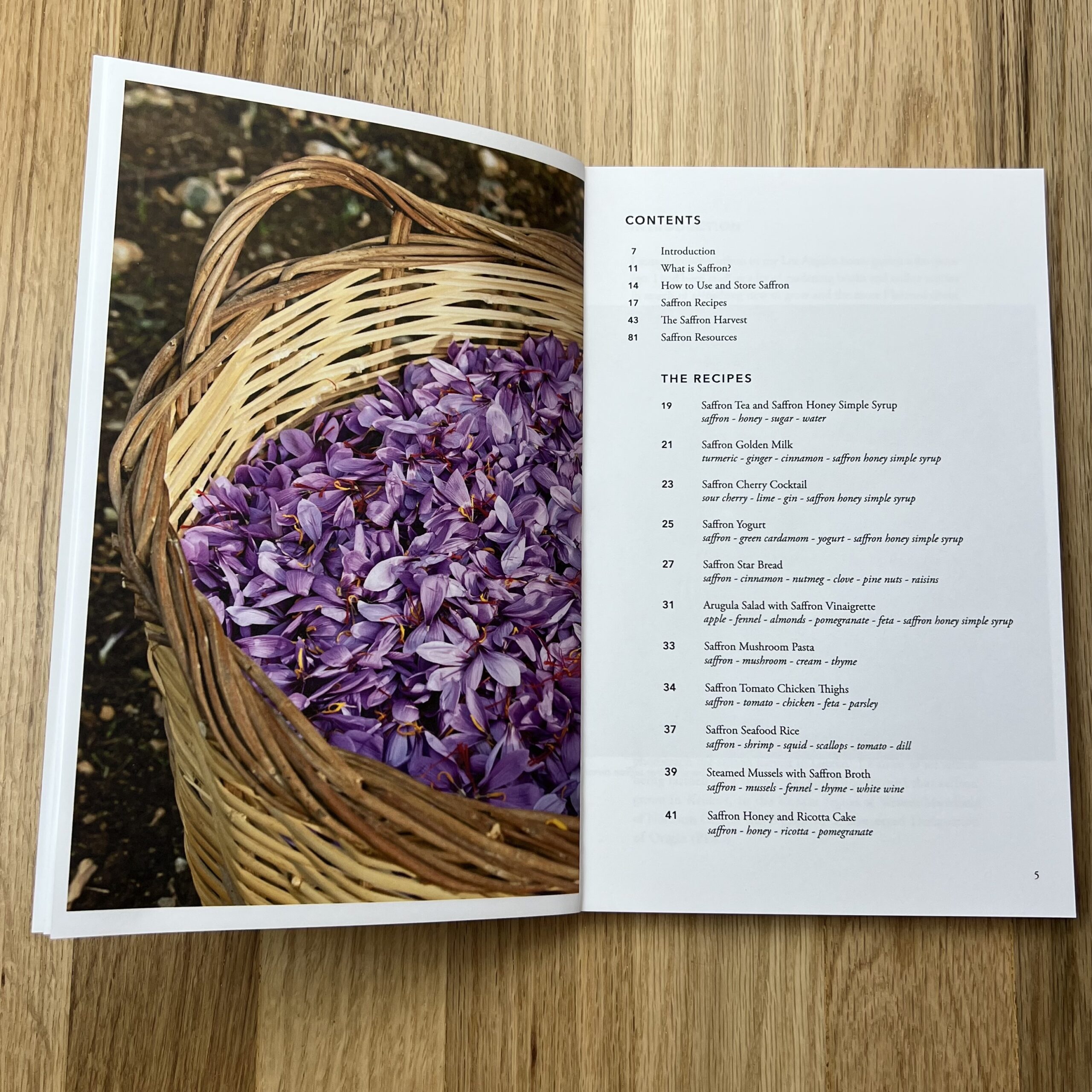 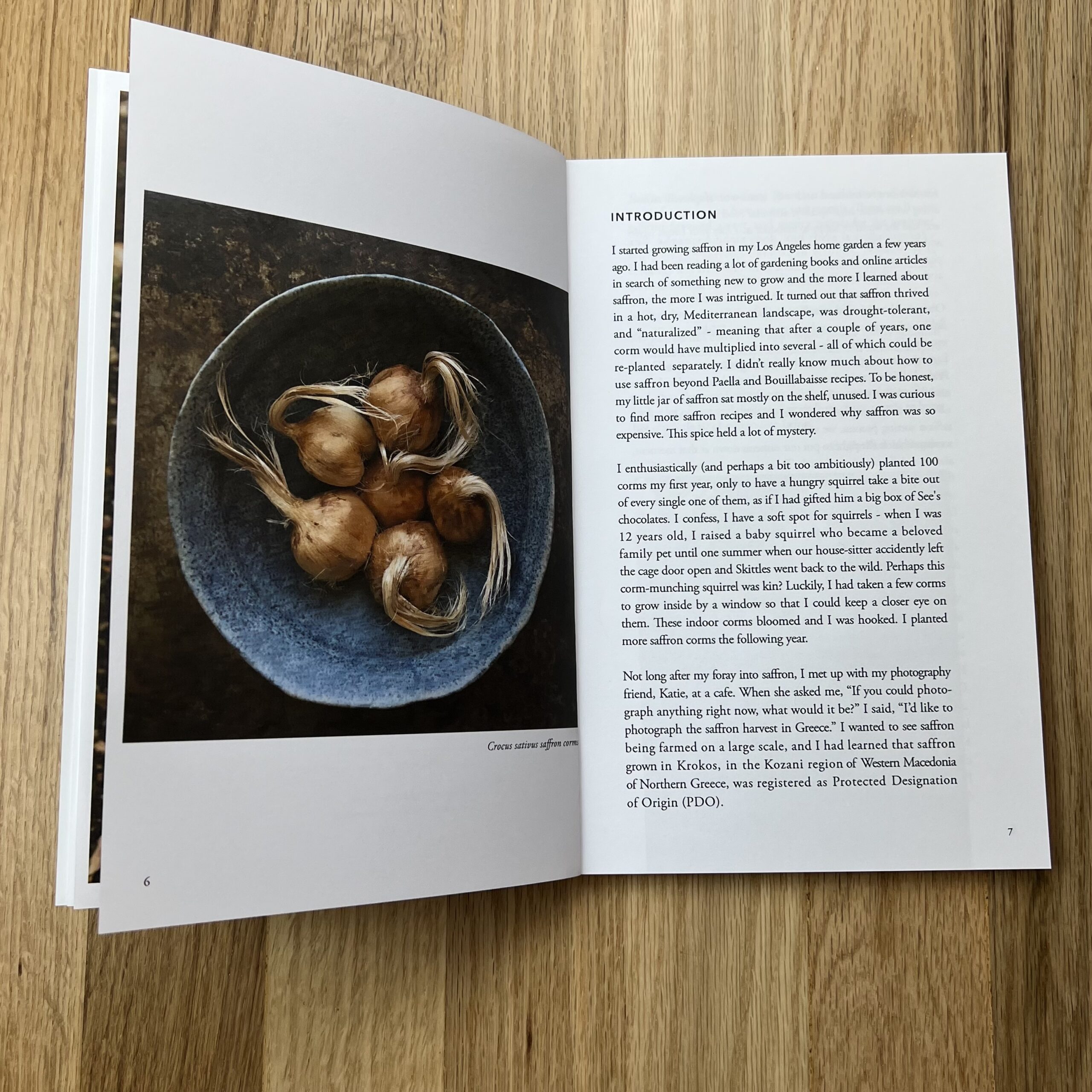 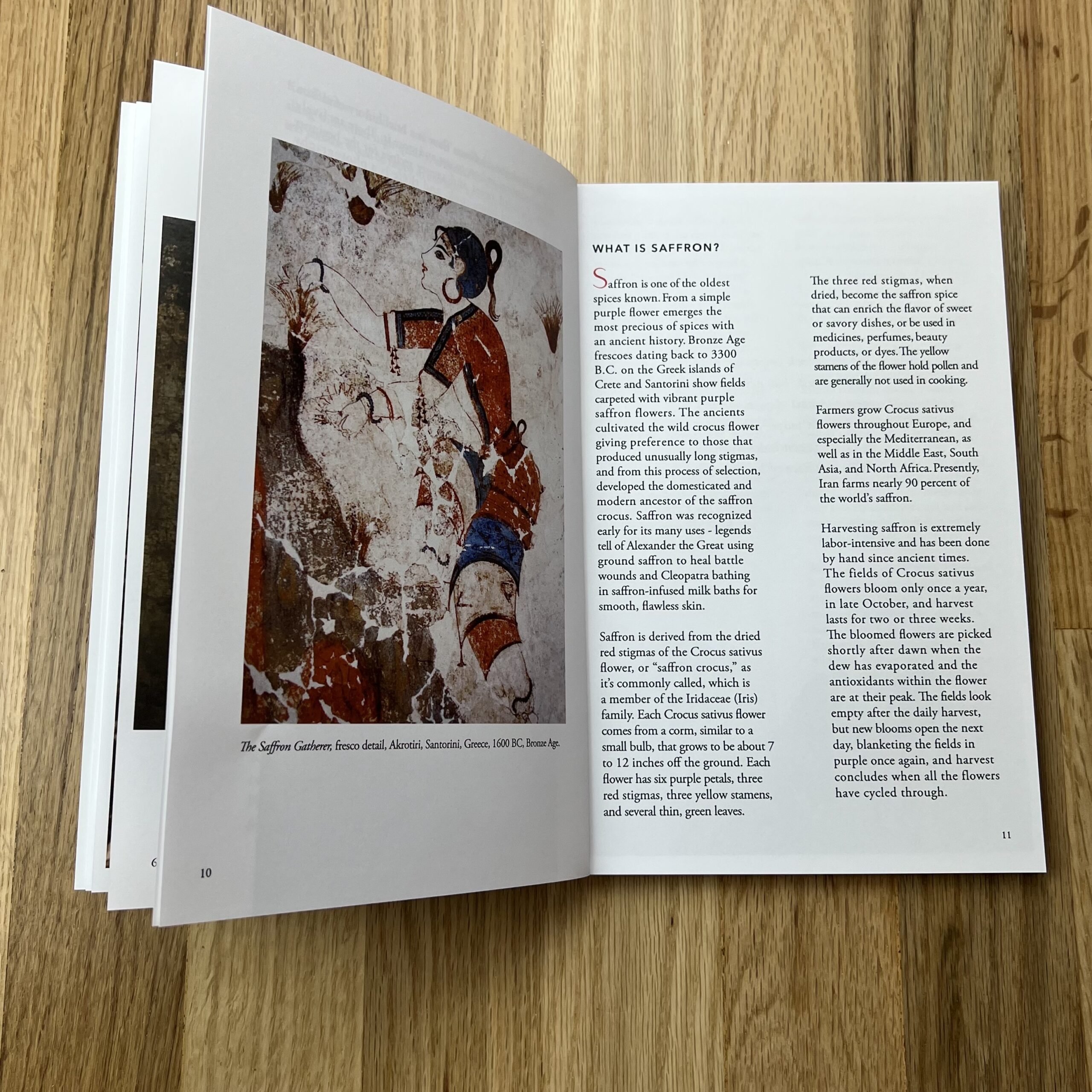 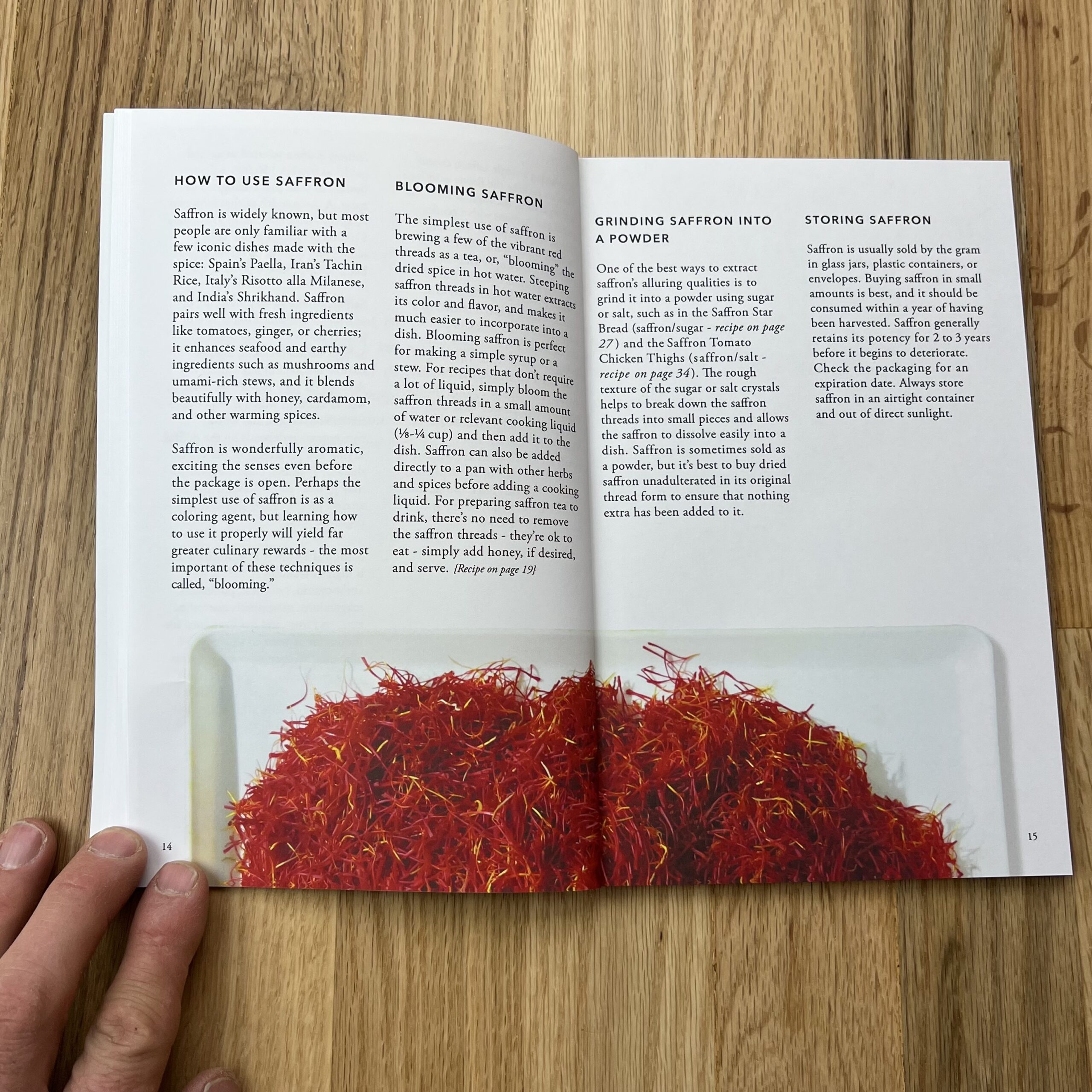 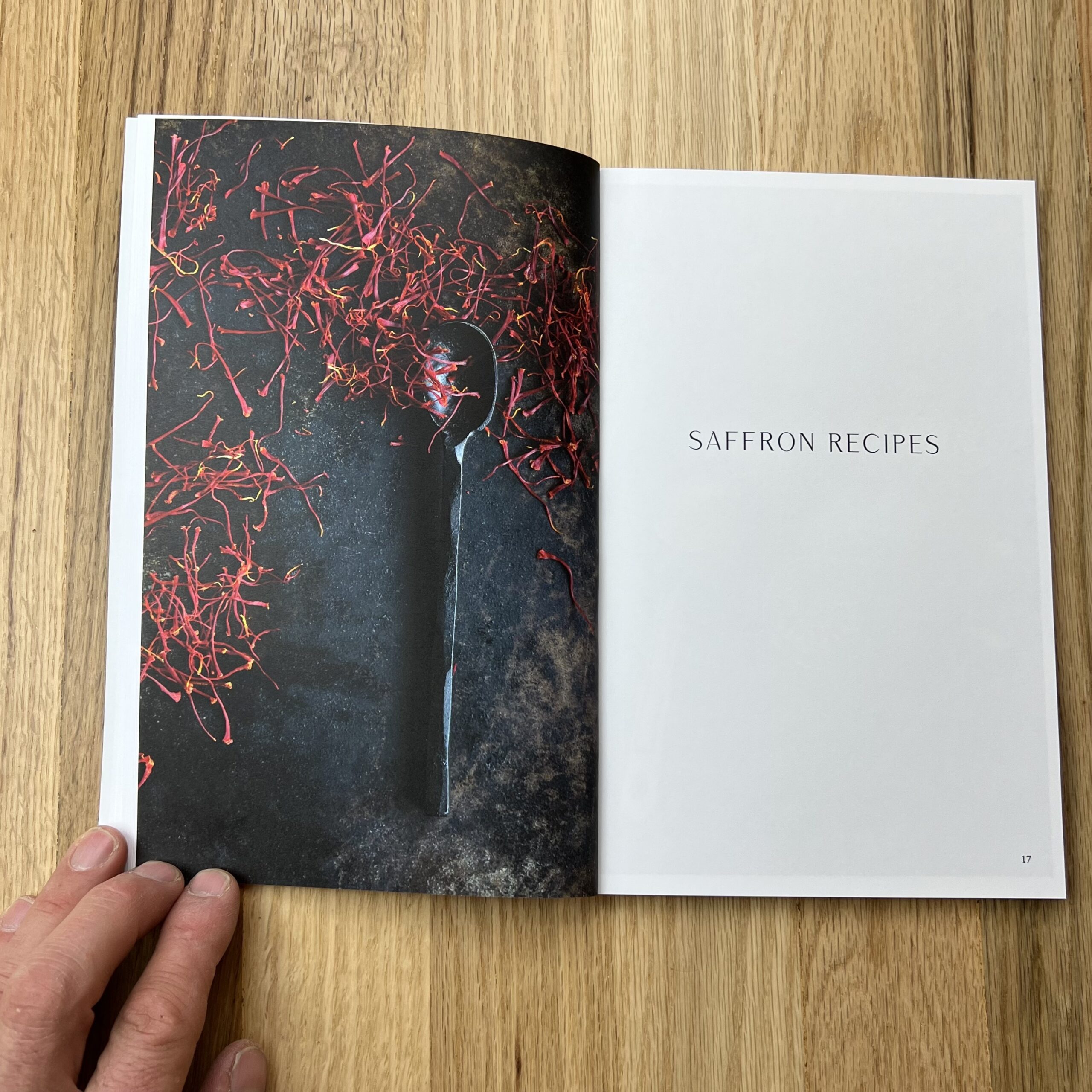 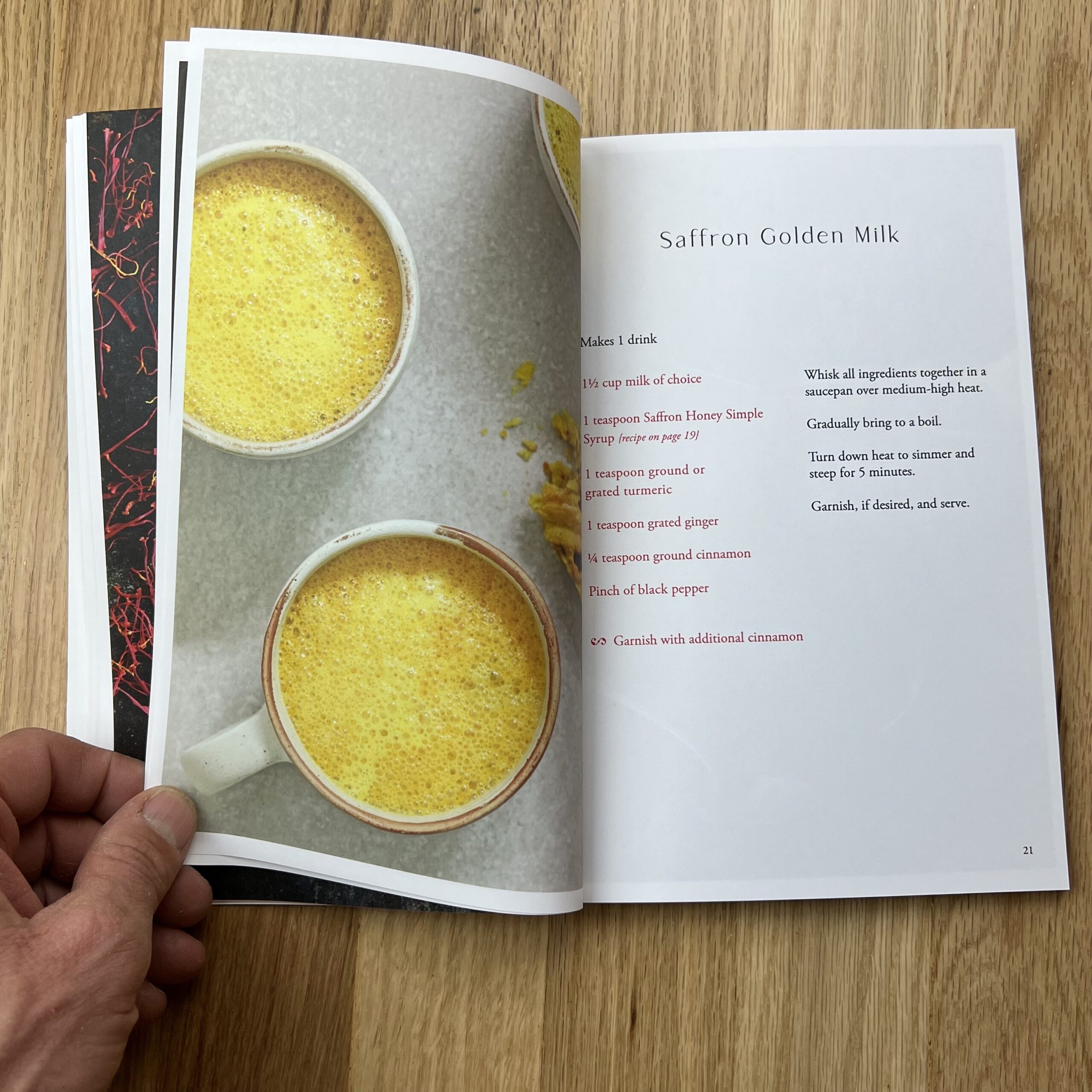 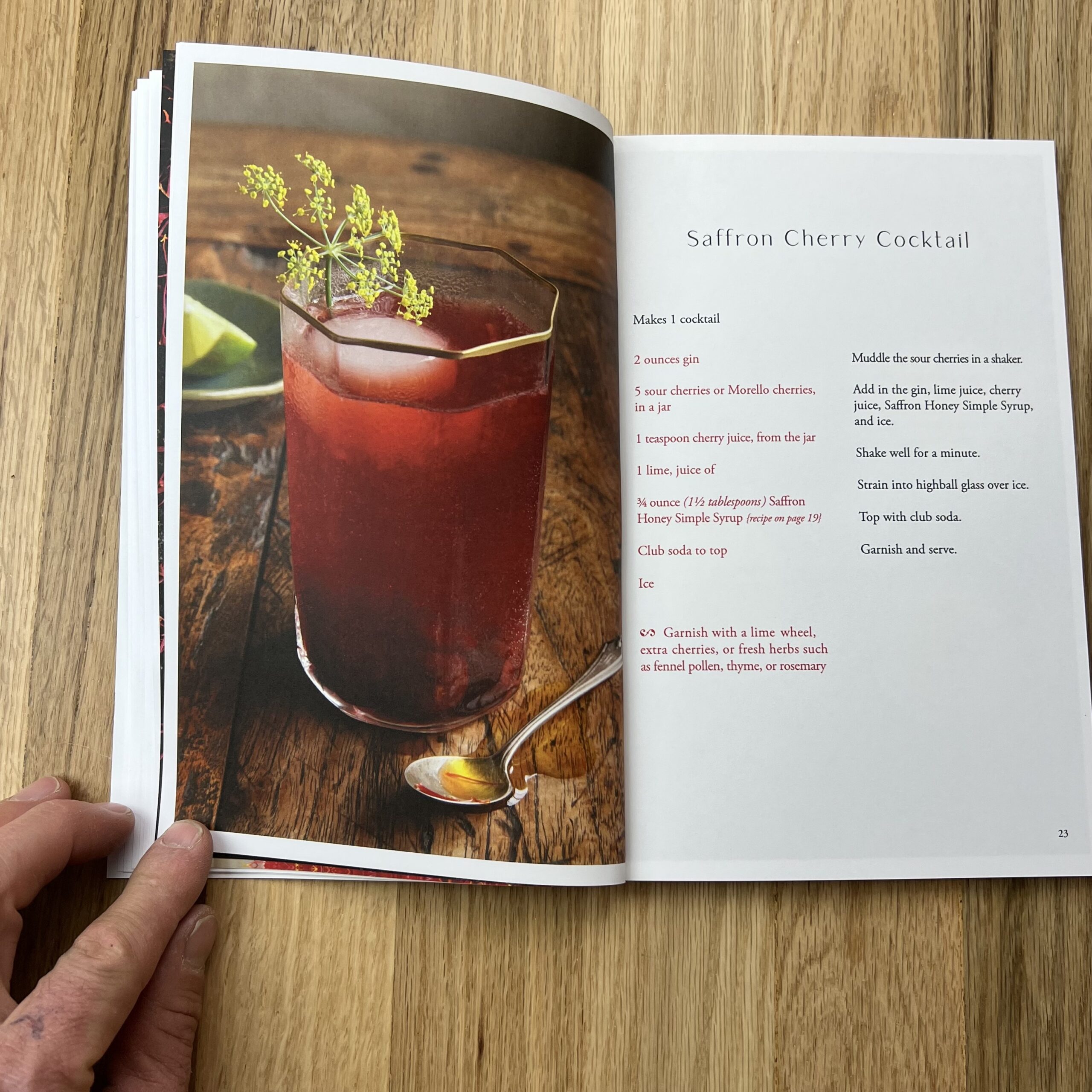 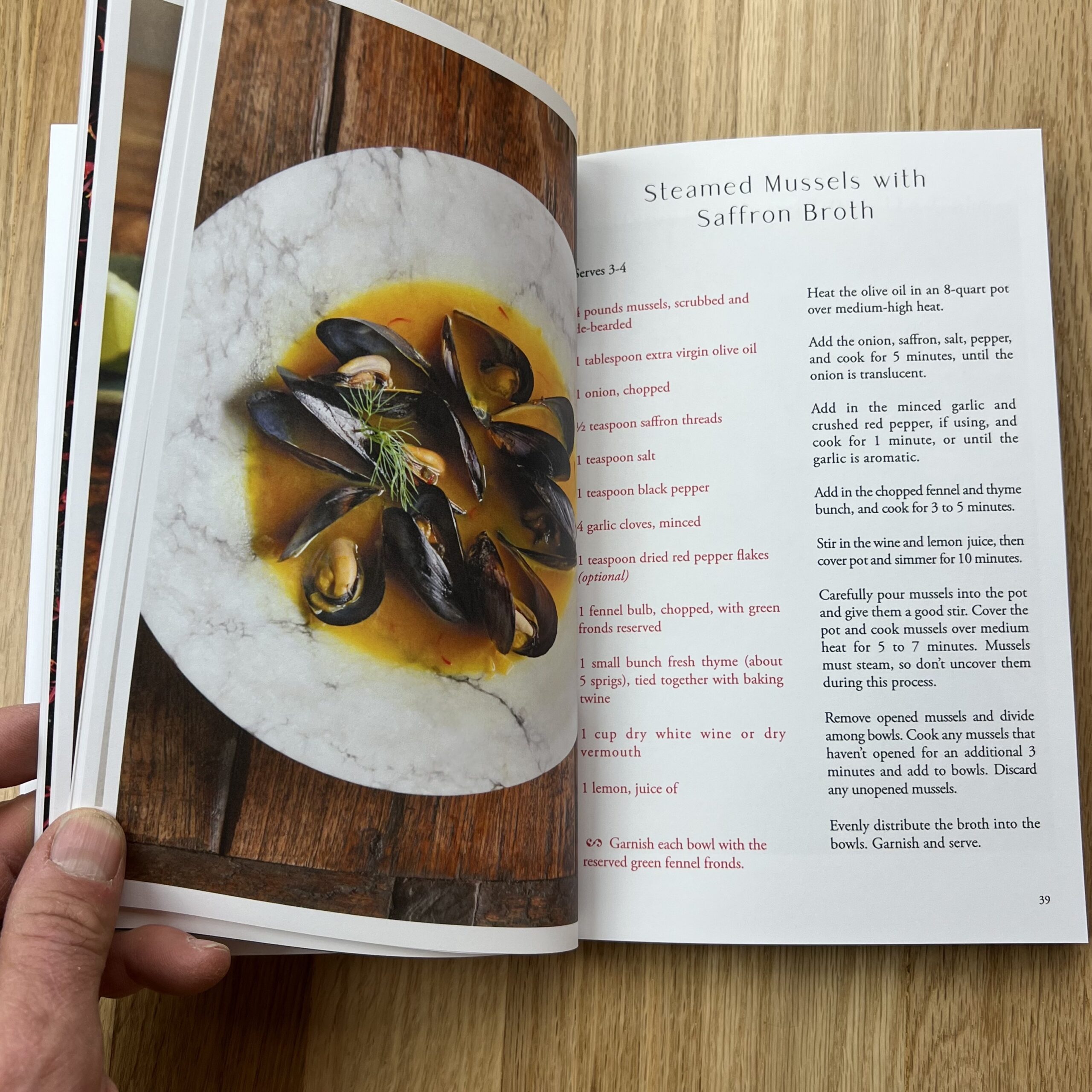 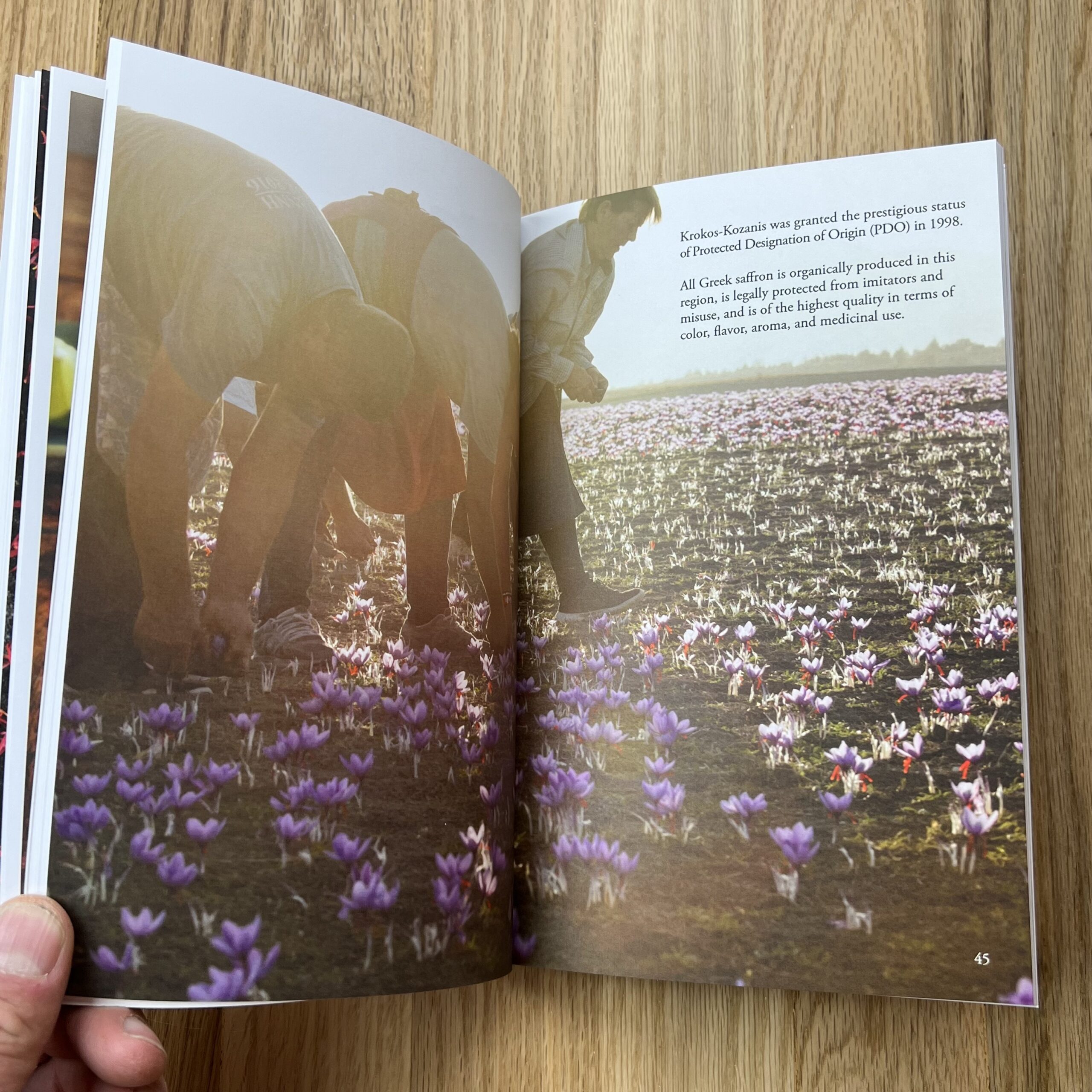 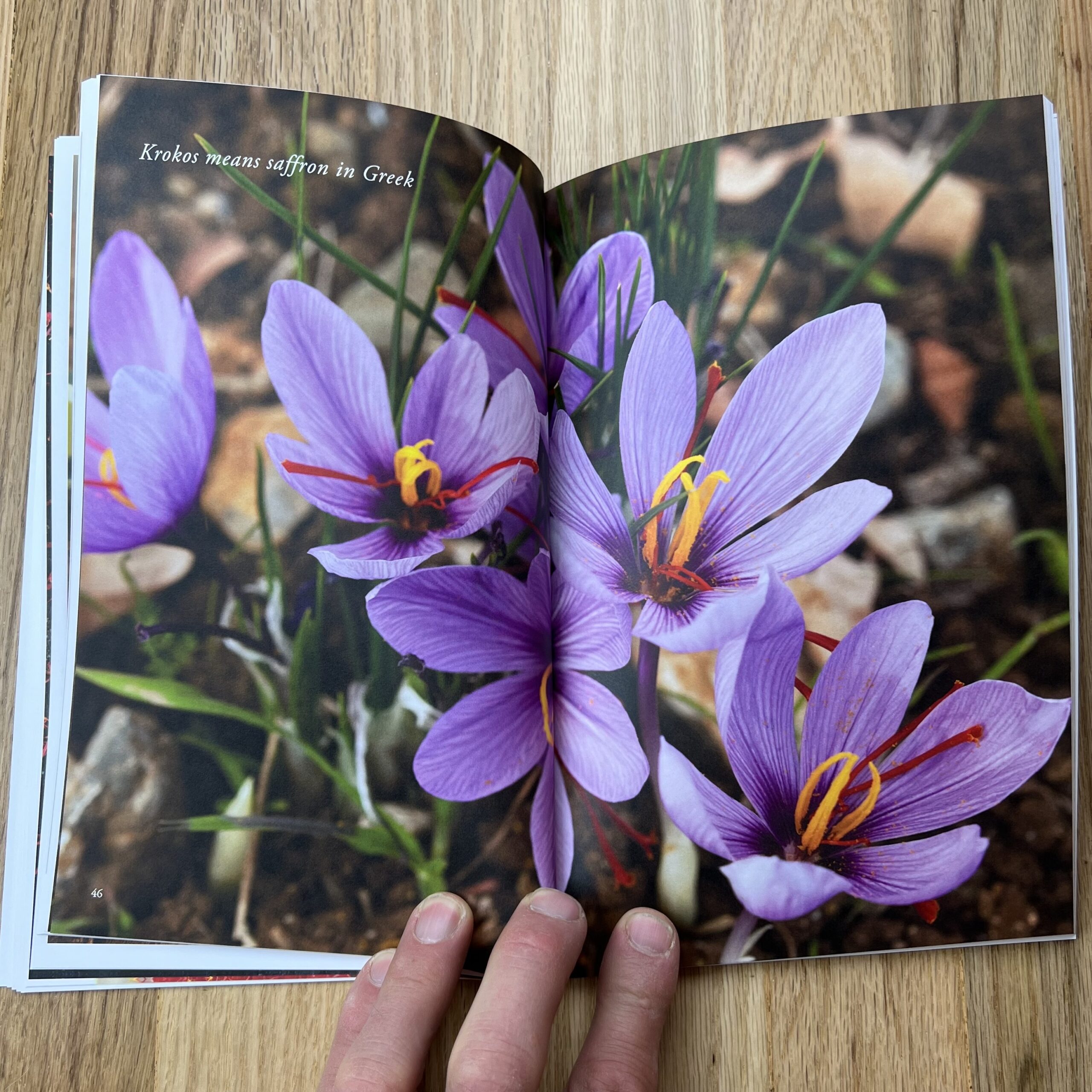 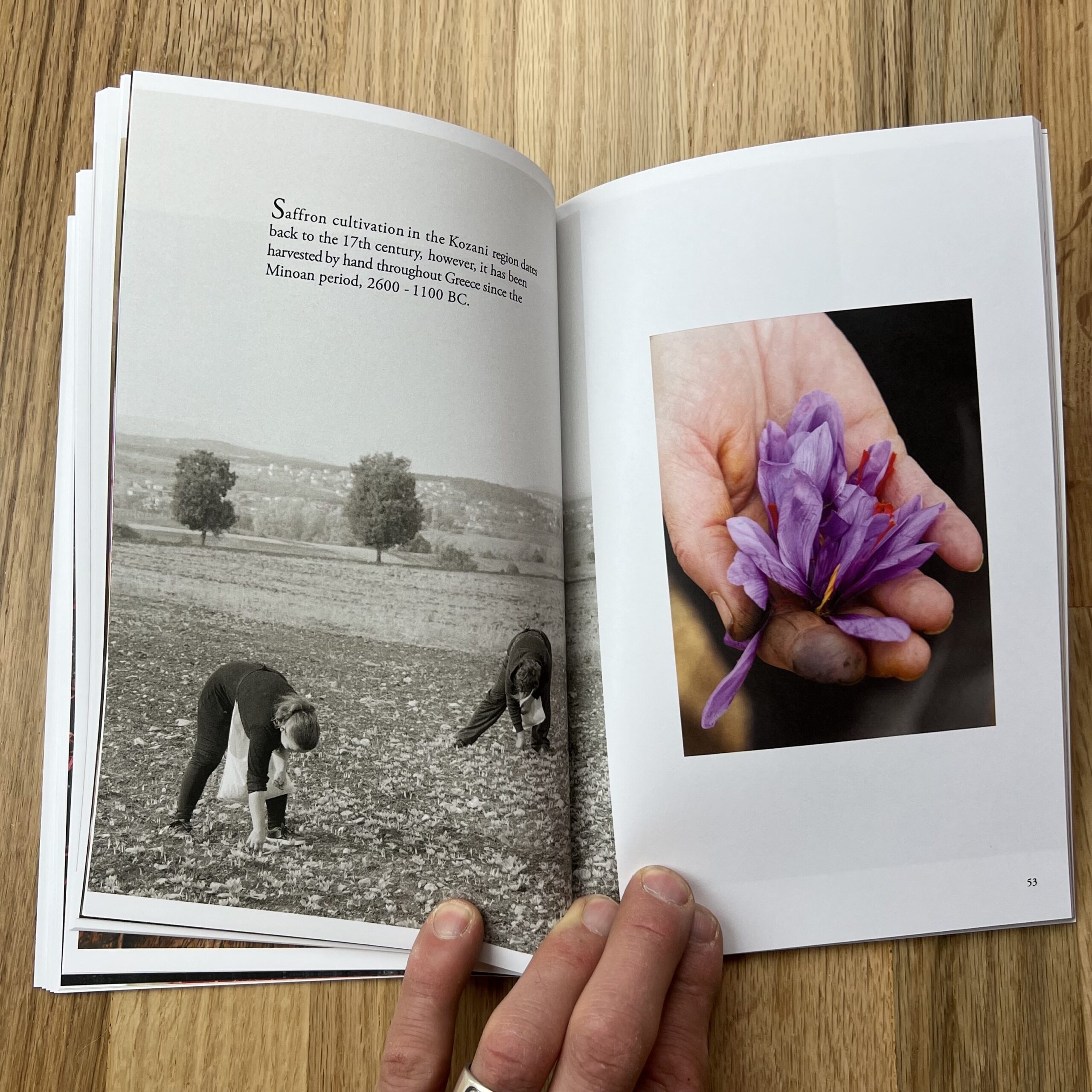 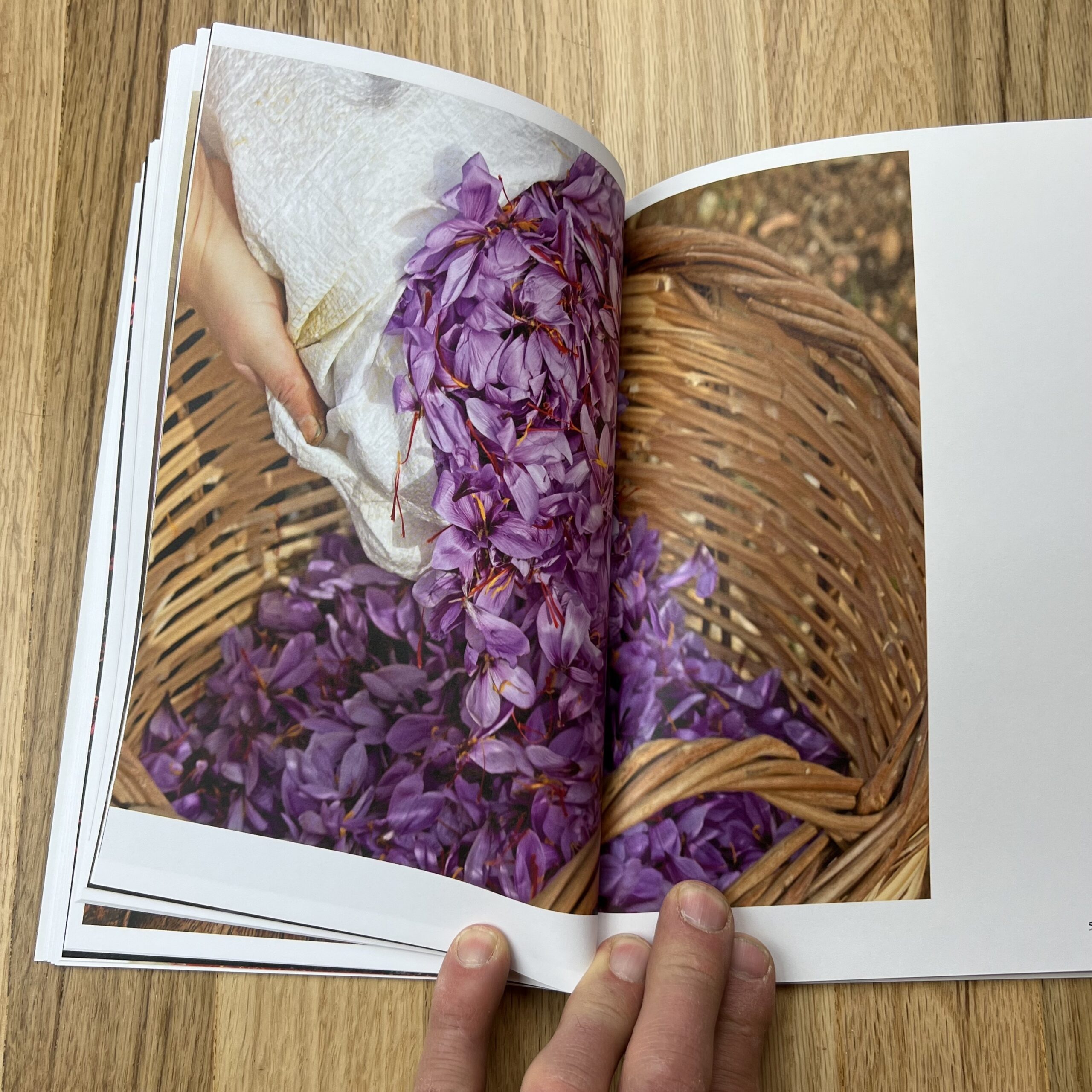 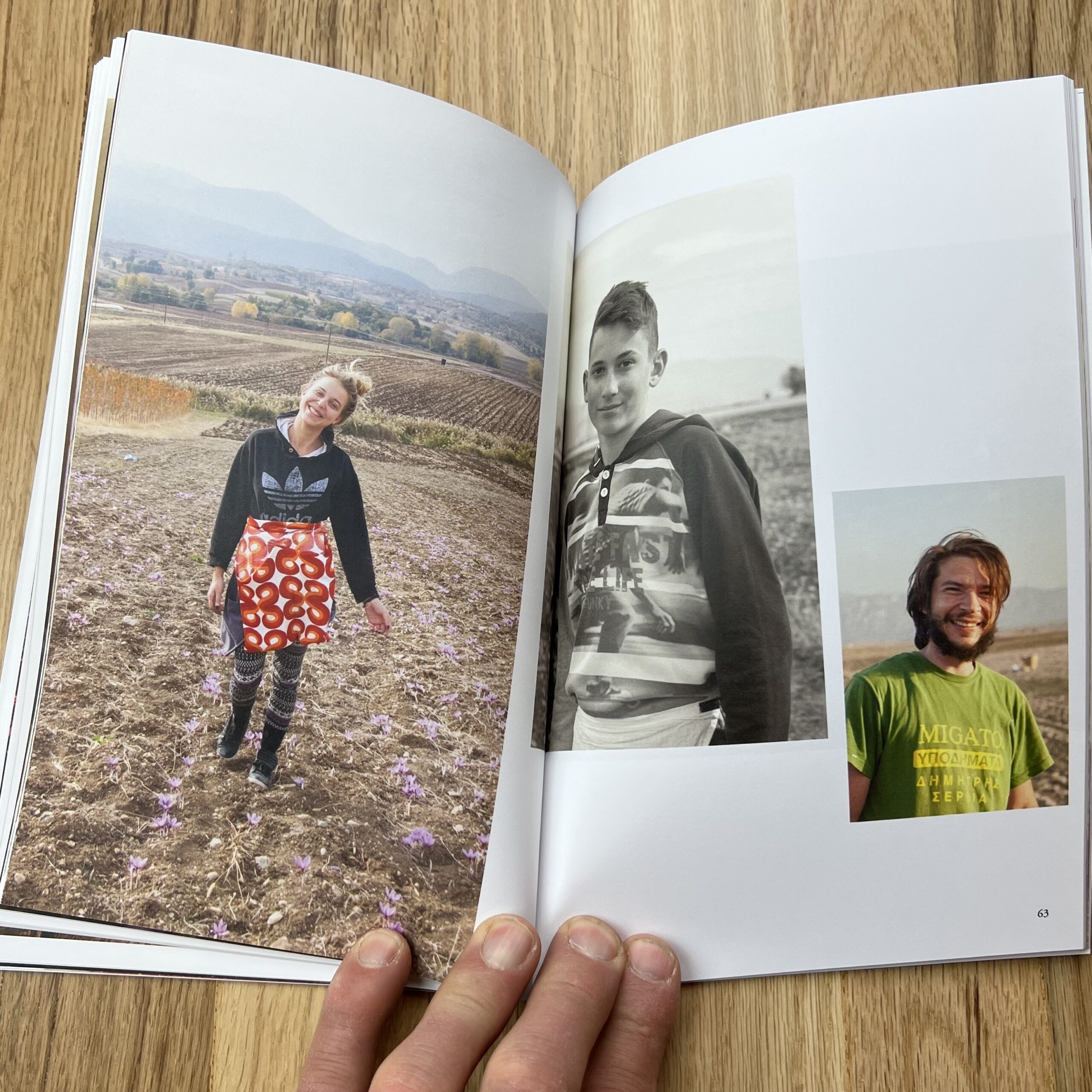 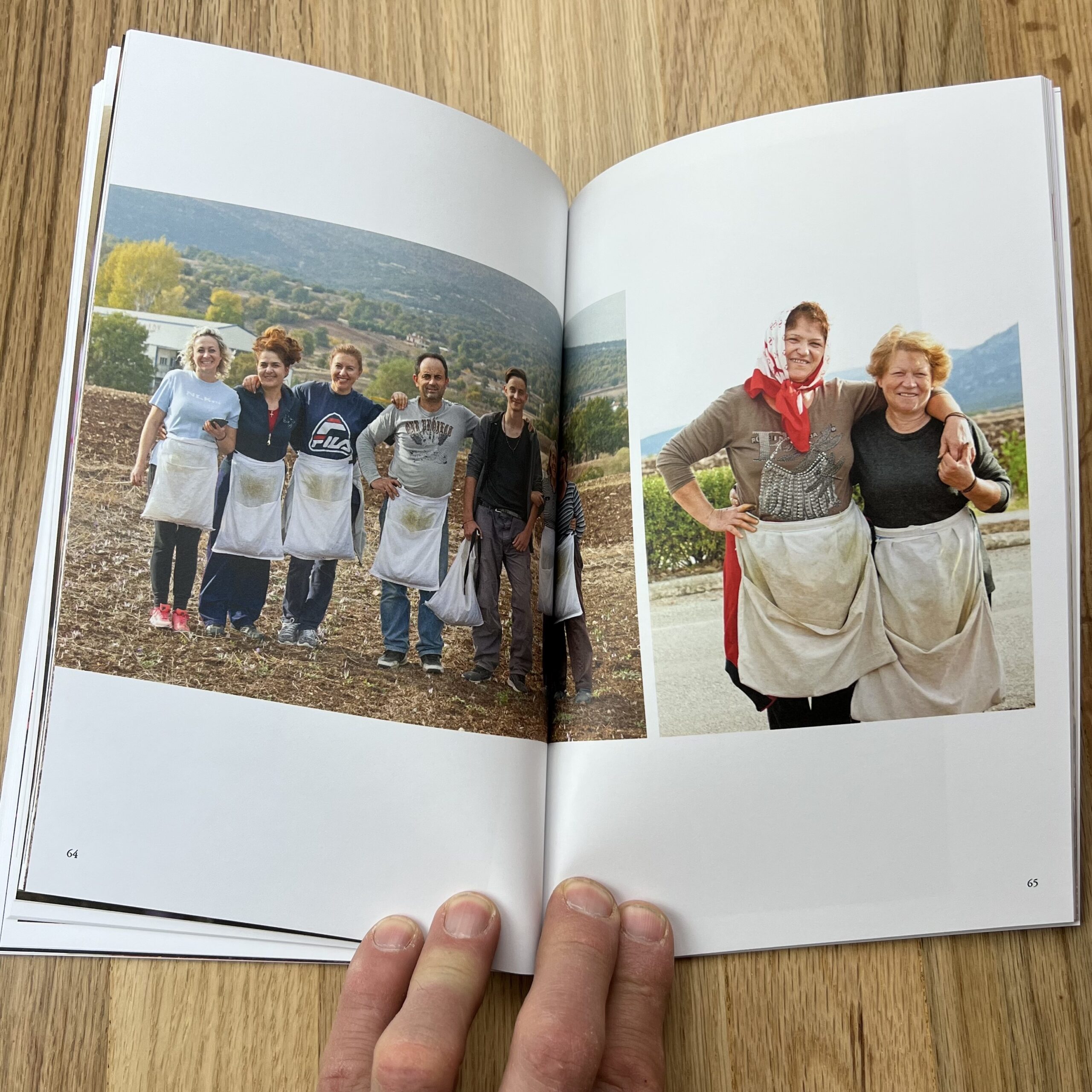 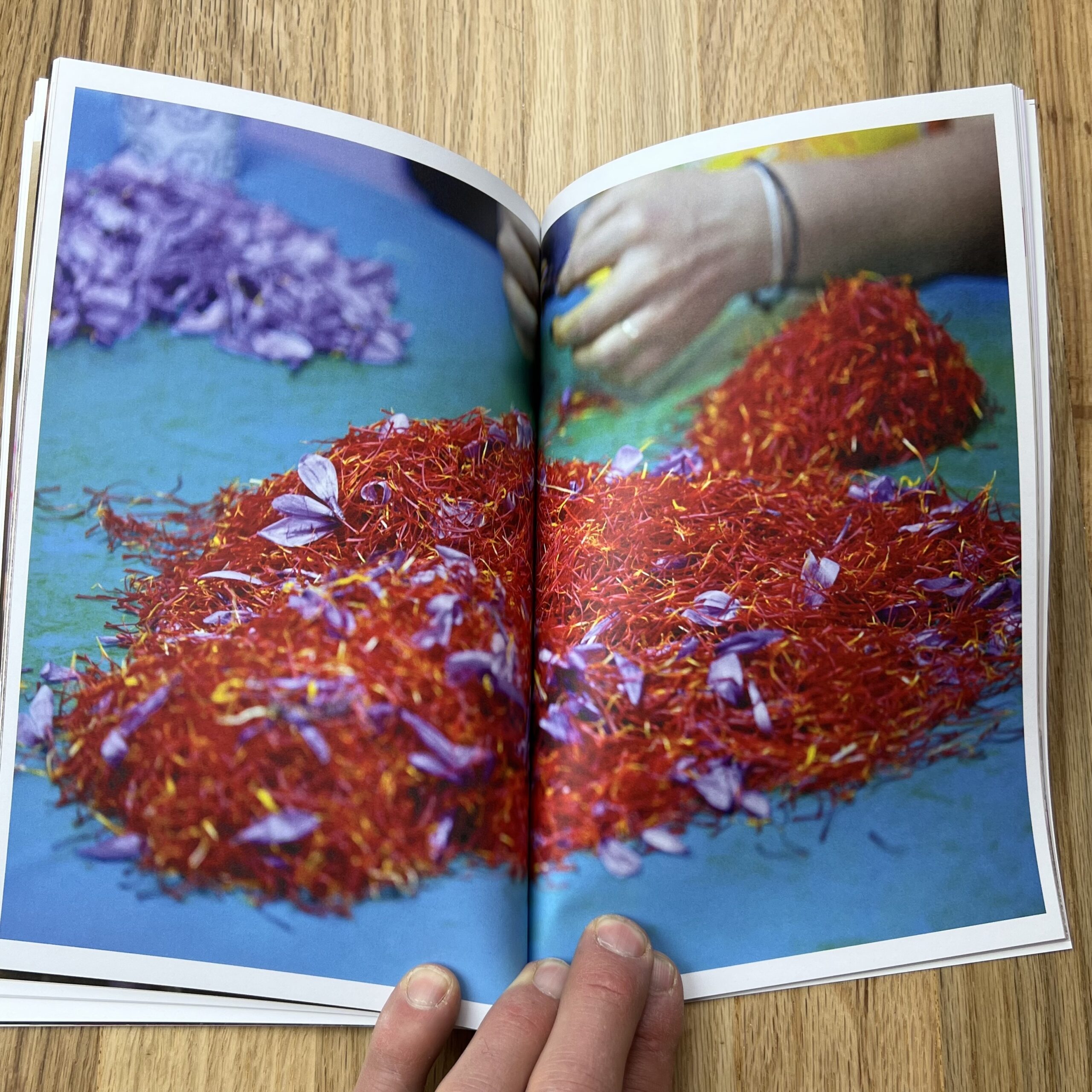 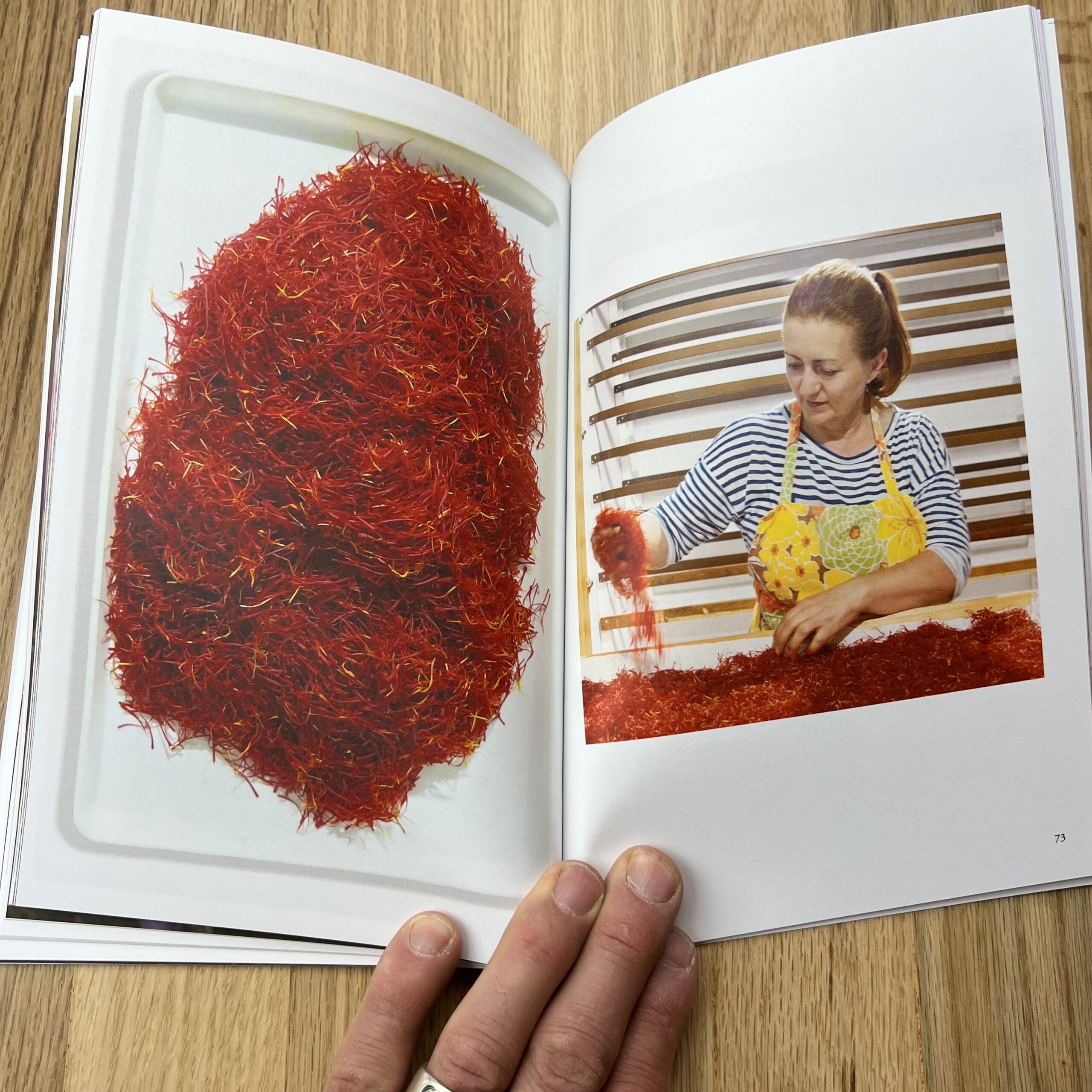 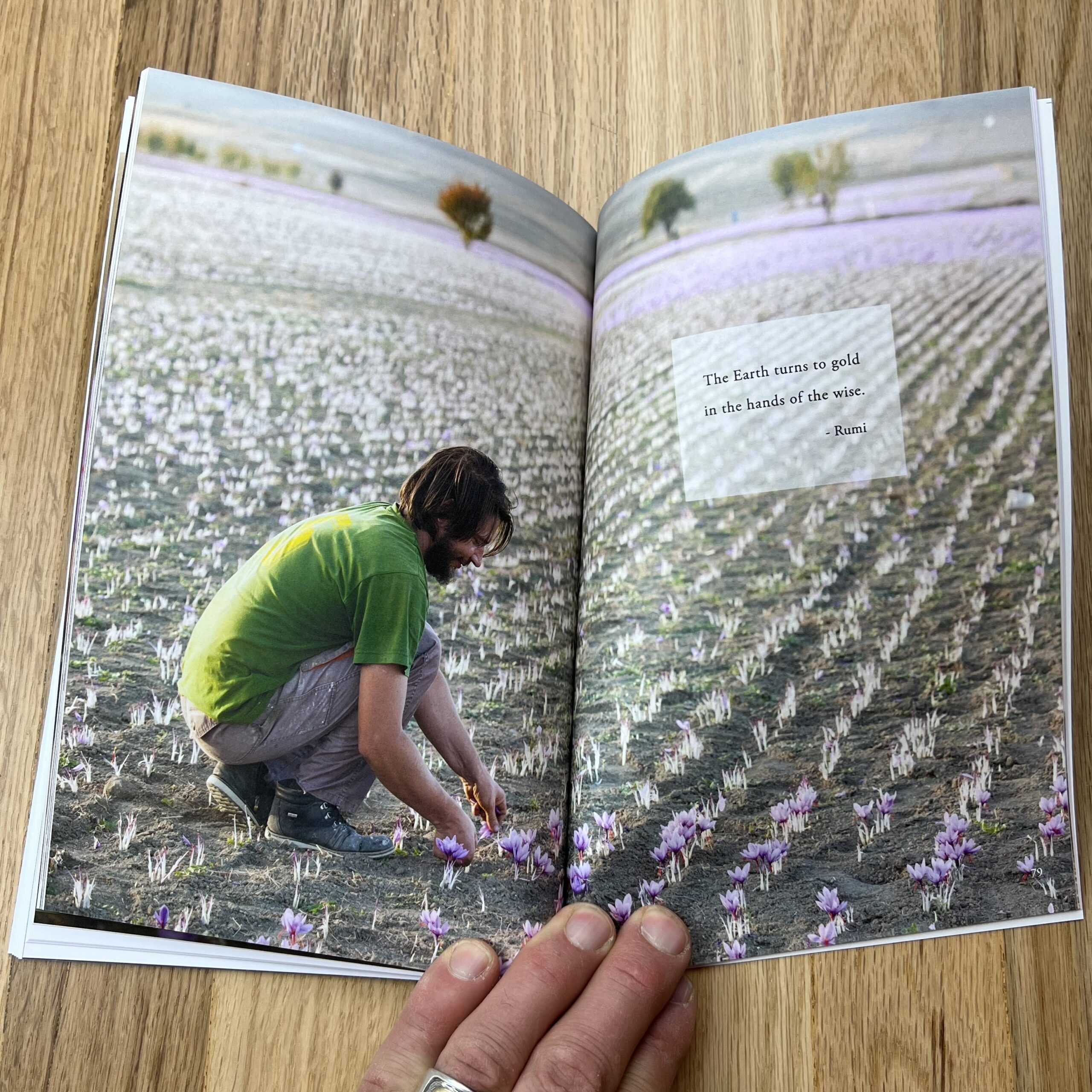 Who printed it?
I chose Mixam.com to print the Saffron cookbook. I first learned about Mixam from reading aphotoeditor.com, so here we are, full circle! Mixam has great customer service and I’ve been very happy with their print quality.

Who designed it?
My boyfriend an illustrator/graphic designer, Daniel Peacock, and I designed the Saffron cookbook together using InDesign. I knew that I wanted the Saffron cookbook to be a blend of my travel and food photography and designing the layout flowed easily – starting with a brief written intro, a short history of saffron, tips on how to use and store it, followed by twelve recipes featuring saffron, and finishing with a photo story of the annual saffron harvest in Krokos, Kozani, in northern Greece. I also collaborated with Greek-American chef, Christina Xenos, who co-authored this project and developed the recipes for the cookbook.

Saffron crocus flowers bloom for three weeks, only once a year. Every aspect of the saffron harvest is done by hand – picking and gathering thousands of flowers each day, separating the red saffron stigmas from the rest of the flower, and skillfully drying and packaging the spice. I wanted the Saffron cookbook to reflect this level of care, too. So, I wrap each book, add a handmade stamp of a crocus flower on the front, tie the book with red twine in a way that’s meant to mimic the red saffron stigmas, and include a handwritten note.

Tell me about the images.
There are a few categories of photos:

A photo of the saffron that I grew at home and a bowl of saffron corms were taken with my iPhone.

The recipe photos were shot over three days with prop stylist, Robin Turk. I used natural light, a diffusion panel, and several reflectors. I shot everything on the Canon 5D Mark II with the 100mm lens.

Daniel and I traveled to Krokos, in the town of Kozani, to document the annual harvest over ten days. I shot stills and Daniel shot video. We met many wonderful people we are still in touch with via social media. As a thank you, I sent 20 Saffron cookbooks to Greece to the folks who allowed us to photograph them. The majority of our shooting time was photographing outside, in the saffron fields – mostly of the saffron flowers being picked, and shooting various portraits of the harvesters. We spent one morning photographing the dried saffron as it was being weighed and packaged at the Kozani Saffron Producers Cooperative. That evening, we documented the saffron sorting process. At one point, it was good to put the cameras down and join the women sorting the saffron.

While out shooting in the saffron fields one day, it occurred to me that I would really like to get a shot of a single saffron crocus flower on a black background. It was windy and hot outside, so I sat inside the rental car and photographed a single flower on my lap (I was wearing black pants). When we returned home, Daniel retouched the shot and it became the cover of the cookbook.

How many did you make?
I’ve printed 350 Saffron cookbooks so far. I’ve been sending them out to clients, family, and friends. I’m also selling the cookbook, along with a few prints from the saffron project, in my Etsy shop, Xploria. www.etsy.com/shop/xploria

How many times a year do you send out promos?
I usually send out promos twice a year – but with a big project like Saffron, I think it’s going to be my only promo for a little while.

Do you think printed promos are effective for marketing your work?
Yes, definitely. There’s something wonderful about sharing a printed promo/book with someone who understands and resonates with the work.

Where did you get the idea for the project?
It’s amazing to me that a big project can start from such a small question: what is saffron?

Before this project, I didn’t know much about how to use saffron beyond a few recipes, so my little jar of saffron sat mostly on the shelf, unused. I knew saffron was pricey but wasn’t exactly sure why. I was cautious about using the precious red threads in a casual way and unsure of what to make with them. This spice held a lot of mystery.

One of the best pieces of advice that I ever got from art school came from the late photographer, James Fee. I had asked him how he mentally/innerly prepared himself for a photoshoot. He responded, “Don’t be afraid to shoot on the way to the shoot.”

So, in preparation for the saffron harvest shoot, and because we had plenty of time to explore, Daniel and I did some photo/video mini-stories together: an organic olive mill on Crete, the cultivation of citron on Naxos, and the production of Kitron (a special liqueur made only on Naxos), and a family farm growing Greek mountain tea.

I want the Saffron cookbook to inspire others not only to understand and appreciate what saffron is but also to give some practical, easy ways to enjoy this beautiful spice – to demystify it a bit. Simply put a few saffron threads in warm water, add some honey, and, ta-da! saffron tea. Full of health benefits and tasty, too.

Chef Christina, Daniel, and I put together a video presentation of the saffron cookbook: https://www.youtube.com/watch?v=p9ToGVUkKcM Christina demonstrates how to make a few recipes and there’s a video of the saffron harvest that Daniel and I created.