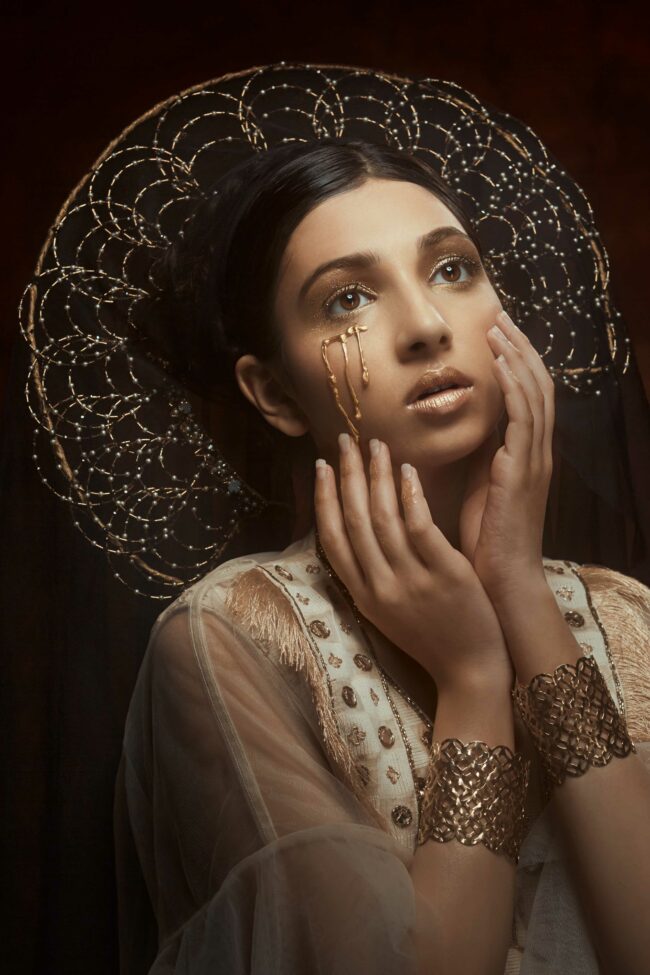 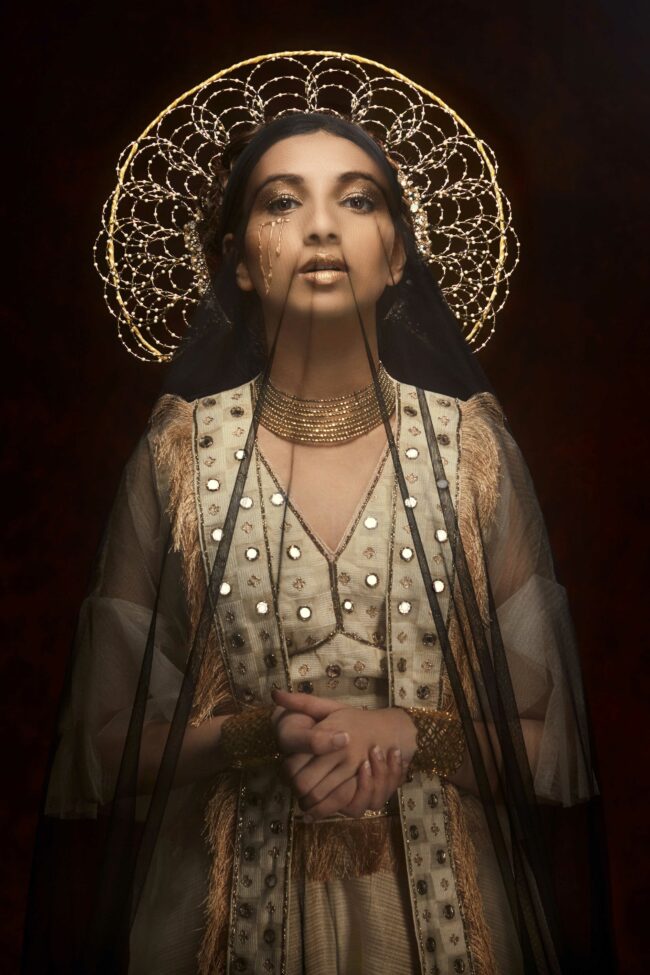 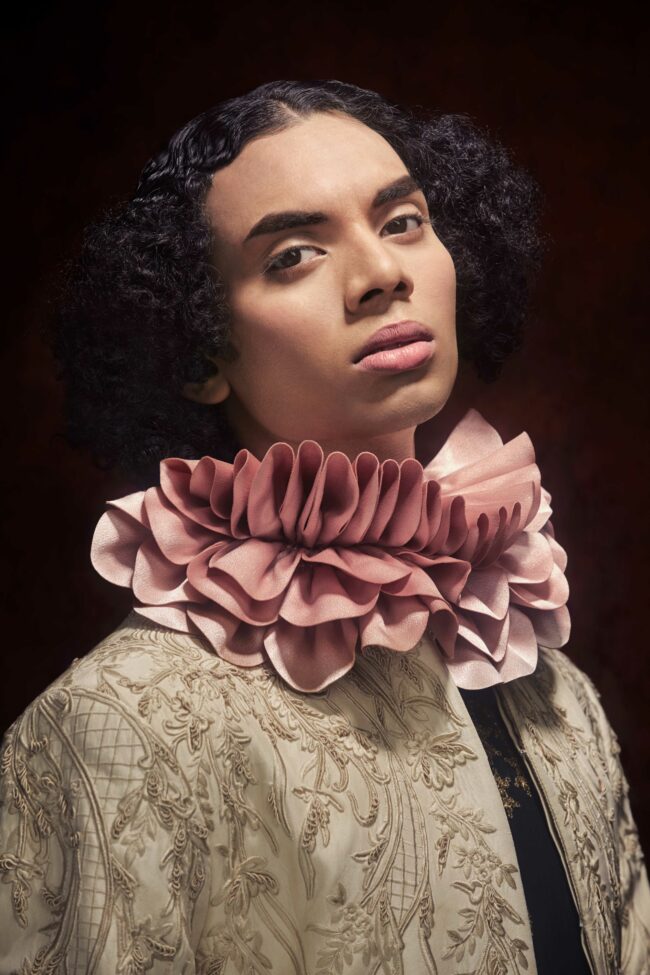 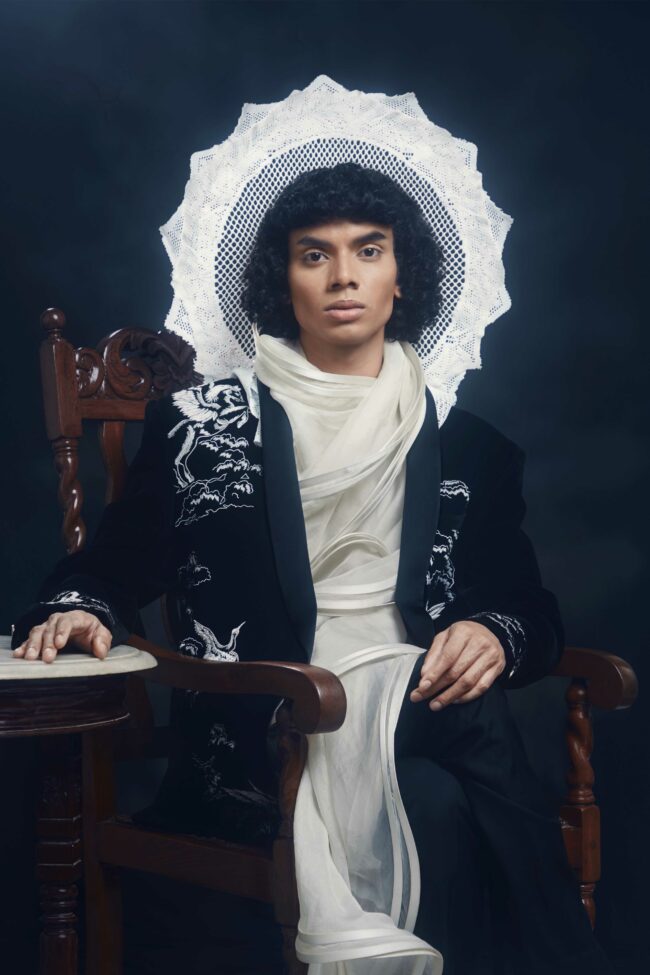 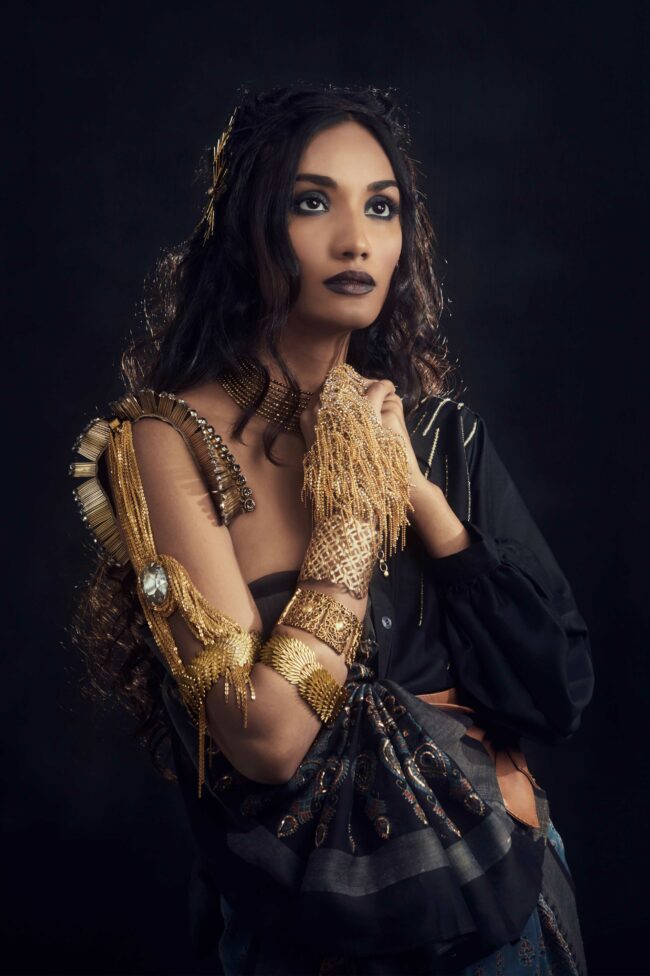 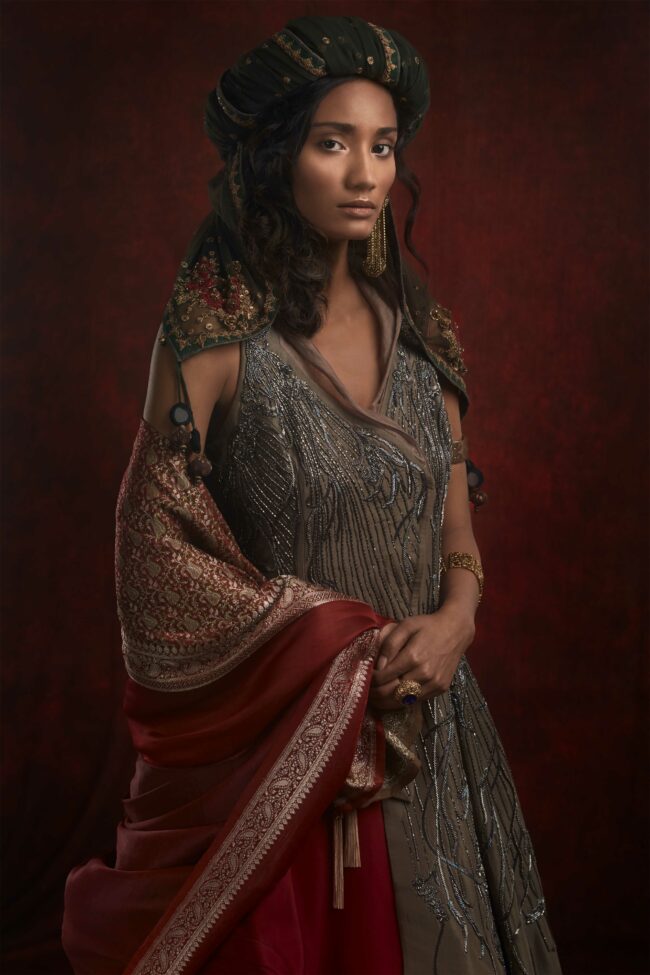 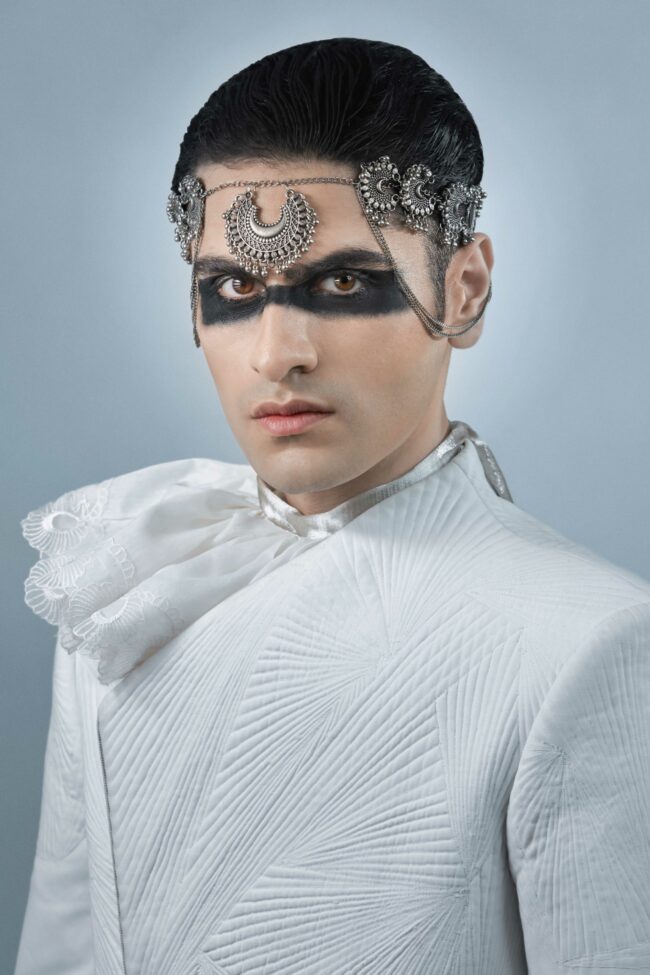 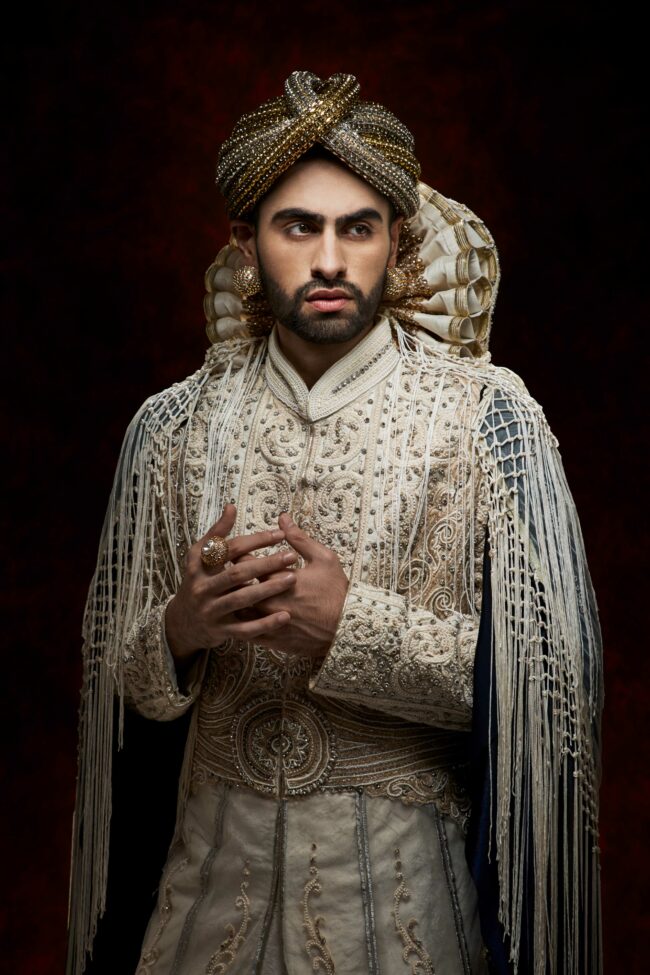 Heidi: How did this come about?
Shahzad: I had started working on my graduate thesis project, Royalty, in the fall of 2019. The project was my way of commenting on the circuitous route of fashion where designs go in and out of style and make a resurgence at a later point in time. The primary focus was on how contemporary royals would adorn themselves while taking direct influence from traditional historic styles.

Unfortunately, by the spring of 2020 we were in the middle of the COVID-19 pandemic and I returned to Mumbai. As an Indian, I have rarely seen Indian artists tackle “what if” scenarios relating to Indian Art and cultural history. Keeping this in mind, I repurposed some aspects of royalty and came up with Indian Renaissance – What Could Have Been. A “what if” scenario where Indian royals were inspired by the European renaissance, specifically the high renaissance period, and how that historic change would have translated to modern day Indian fashion. I had always been curious about how the European renaissance would have influenced India and this project brings these thoughts and ideas to visualization and is presented through the perspective of a single fictional royal family, The Garhwal Gharana aka The House of Garhwal spanning generations from an alternate timeline 15th Century to the 21st century.

How did this story call on your culturally rich background?
As a Zoroastrian I understand the power of inspiration and adoption when it comes to attire and garb. My ancestors, having fled persecution many millennia ago, sought refuge in India when they landed at the port of Gujarat. This is spoken and recorded history that is passed down from generation to generation highlighting how we adopted and transformed, among other things, our attire at the time to blend in with our new home. As an artist I find myself revisiting this idea of transformation across many of my projects and it is most evident in Indian Renaissance. As for the visual approach for the project, in terms of lighting, posing and composition, I credit that to my love for cinema and my years of performing in musical theatre. I always ask my subjects to embody a character I create for them. The character has its own life, personality, desires, dreams and hopes. I ask my subjects to embody these characters and that is what I feel makes them feel larger than life.

How long have you been working on this series?
I started conceptualization for the project in March 2020 and completed the first phase in December 2020. I am currently planning out a second phase for this project that would focus on ordinary people as opposed to royals.

Who did you collaborate with for the styling, hair and makeup?
To execute the styling of the project I reached out to the amazing folks at The Costume Team (TCT) who helped bring my vision to life by creating some pieces themselves and bringing on board both new and established designers and jewelers as Gaurav Gupta, Begada, Amani and many more.

For hair I worked with my frequent collaborator Sanam Jeswani and for makeup I had celebrity makeup artist Fatema Maqbool come on board.

How many models did you cast?
All the models were cast after going through a list of around 40 models.

Has this body of work been published?
It has been selected for Communication Arts Photography Annual 2021 as well as the AI-AP American Photography 37.