“The scarred redwoods are emblems of both natural glory and entitled consumption. They represent the dual nature of the American dream.” (A quote from today’s book.)

(Can you imagine, going to sleep for years, like Rip Van Winkle, and waking up to whatever comes next?)

President Biden is trying to marshal the nation’s resources to battle climate change, and I hope he’s successful.

Wouldn’t that be great?

But as a guy who titled his book “Extinction Party,” and began warning of the ravages of overconsumption back in 2008, I’m not exactly optimistic.

Why am I so tired?

Well, for the last three weeks, I’ve found myself enmeshed in a net, constantly working to re-establish ground rules and boundaries in relationships that were sapping my juice.

It’s easy to go with the status quo, even when things aren’t working, because inertia is a powerful force, and so many people fear change.

(Just so we’re clear, this is not a post about my marriage. Jessie and I are good.)

Re-writing rules, and re-setting expectations with others, is exhausting. But it’s the kind of work that pays dividends long into the future, if you’re willing to invest in your sanity.

Right now, we’re just 3 months removed from what was a 4-year-national-nightmare for 80 million people, and the pandemic, which capped off the Trump era, is still going strong.

But after last week’s mega-column, and the column before that, in which I spent a weekend getting updates from my secret-Argentinean source, this week, I wanted to give you a short one.

Thankfully, I reached to the bottom of my book-stack, and pulled out something from May of 2020. (Thought I’d gotten to the oldest submissions already, but this one eluded my notice.)

Inside, I found one book by Kirk Crippens that I’d already reviewed, having requested it from the press agent, (Sorry, Kirk,) and another book, by Kirk and Gretchen LeMaistre, which was just what the doctor ordered today.

Quick heads up: it’s not a happy book.

Beautiful, yes. Important, sure. But nothing cheery, I’m afraid.

“Live Burls,” was published by Schilt in Amersterdam, back in 2017. Given how long it takes to make a book, this series was likely begun in 2015 or ’16, (I’m guessing,) at the onset of the Trump years.

And it is a masterclass in symbolizing the worst of humanity, in the cleanest of terms.

Like baby humans, or puppy dogs, Redwood trees are creatures that everyone loves.

The artists learned of a situation in which poachers invaded a public park-space, and hacked off burls from the Redwoods, which just happen to be the part of the trees responsible for reproduction.

Acccording to the short, but informative text at the beginning of the book, Redwood burls enable the trees to regenerate over thousands of years, and might even allow for a genetic chain going back hundreds of millions of years.

So to think that some our fellow Americans would act like psychopathic Rhino poachers, and attack nature so blatantly, while stealing from the rest of us, (and from Planet Earth,) is mind-boggling to me.

These have to be some of THE WORST PEOPLE IN THE WORLD, and I applaud the artists for recording the damage for posterity.

The photos are direct, and blunt, having been well-scanned from gelatin silver prints made from 8×10 negatives.

I applaud the choice of the green cover fabric, and cyan inside papers, as it gives a bit of life to a grayscale set of images, and a dour view of the world.

The book even tells us some of the poachers abandoned a 500 lb chunk of burl, because it was too big to fit in their poacher-mobile. (They’re too dumb to even rob properly.)

My only criticism, small though it may be, is that I would have elided the very short titles on the spread opposite each photo.

I found them distracting, because this book has the feeling of a visual obituary, (even though the trees survived,) and to me, the pure, quiet sadness needed no words.

Anyway, I promised a short column, and aim to deliver.

Glad this one was sent my way, sorry it took so long to review, and hope you all have a safe and happy week, wherever you are.

To purchase a copy of “Live Burls” click here 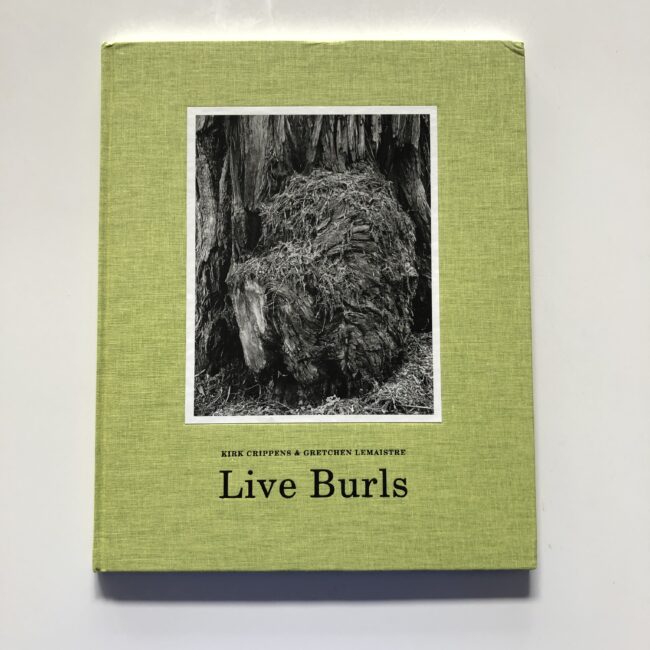 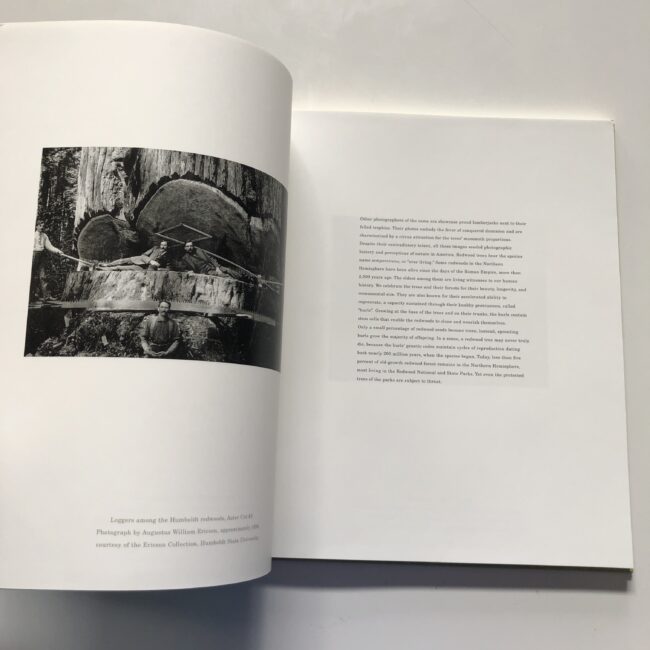 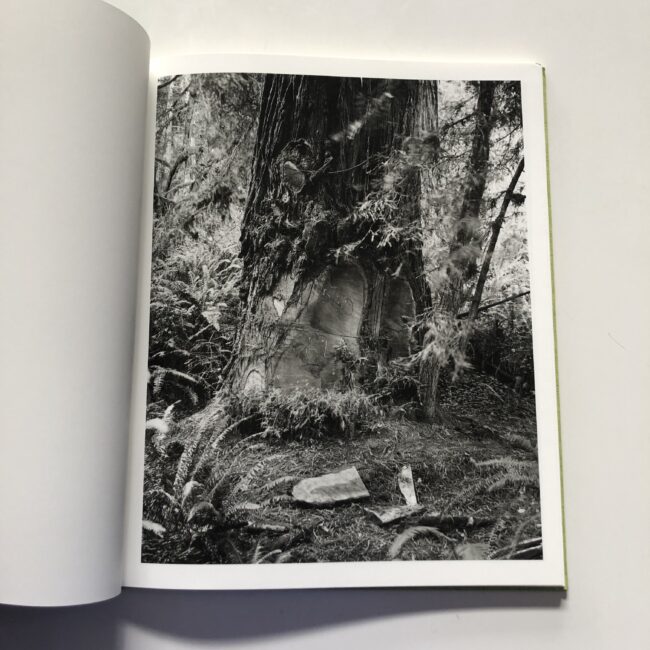 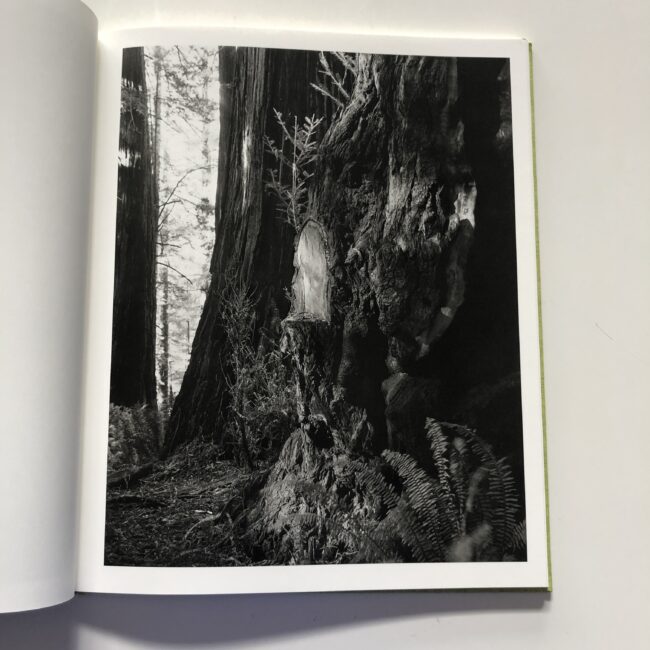 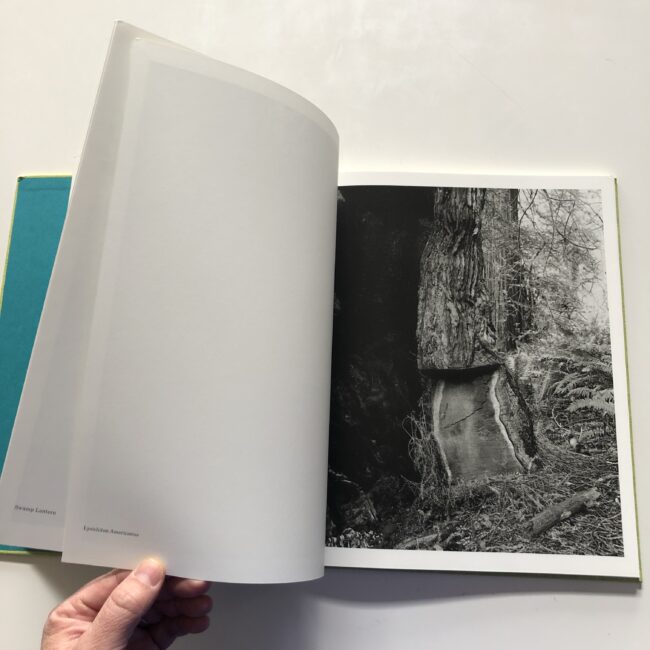 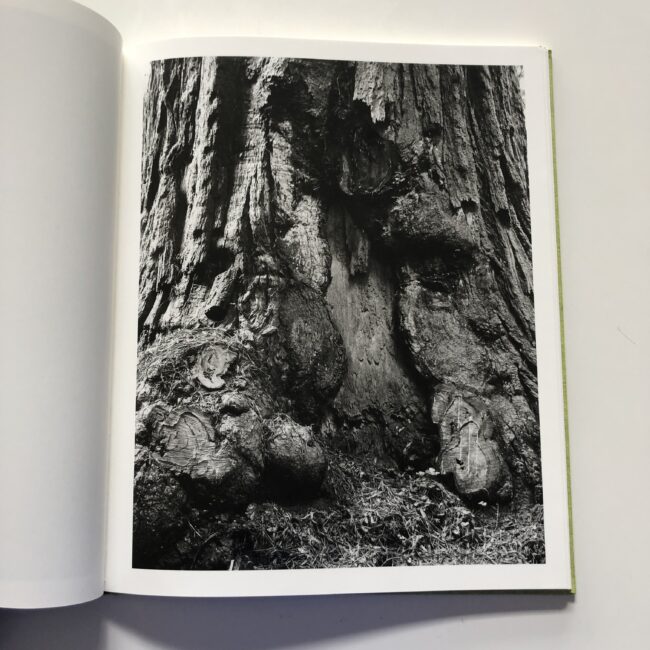 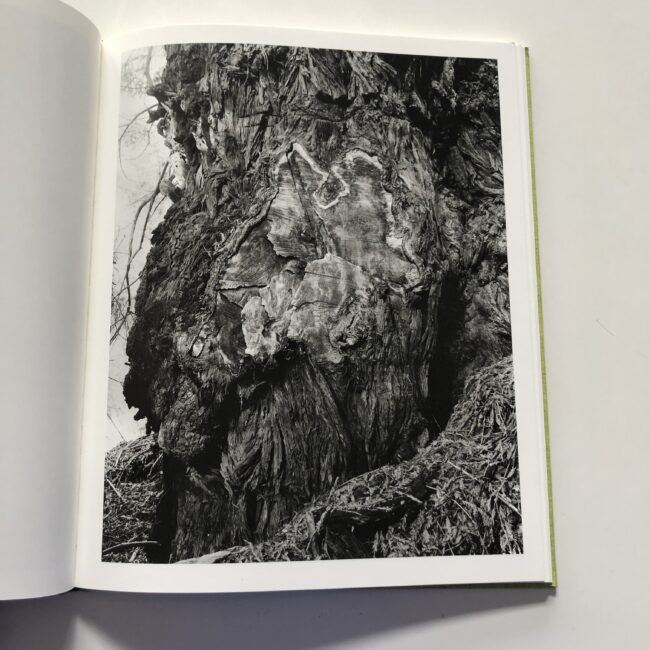 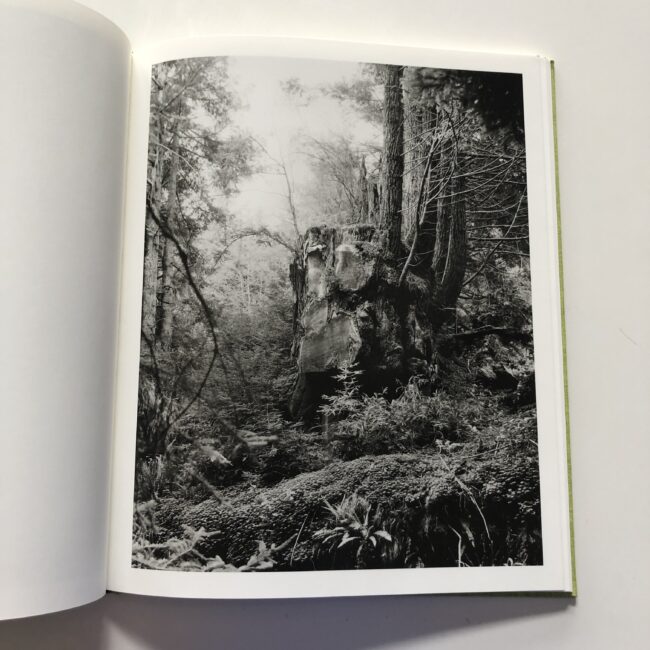 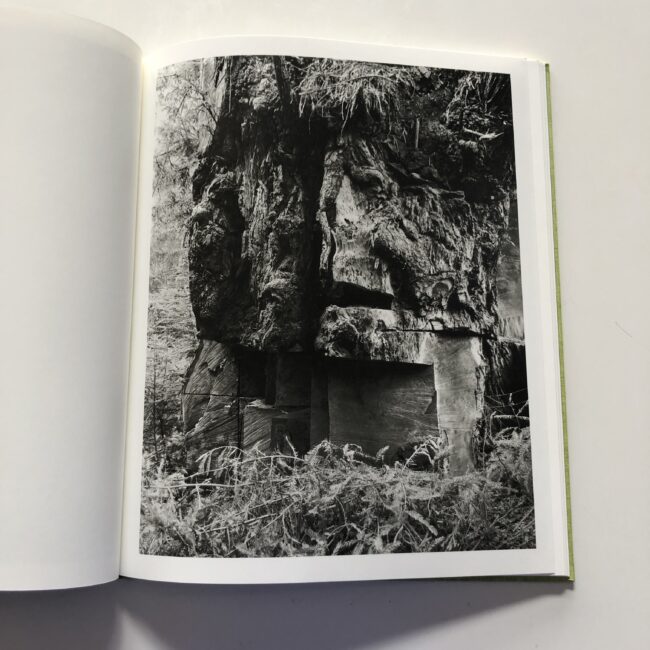 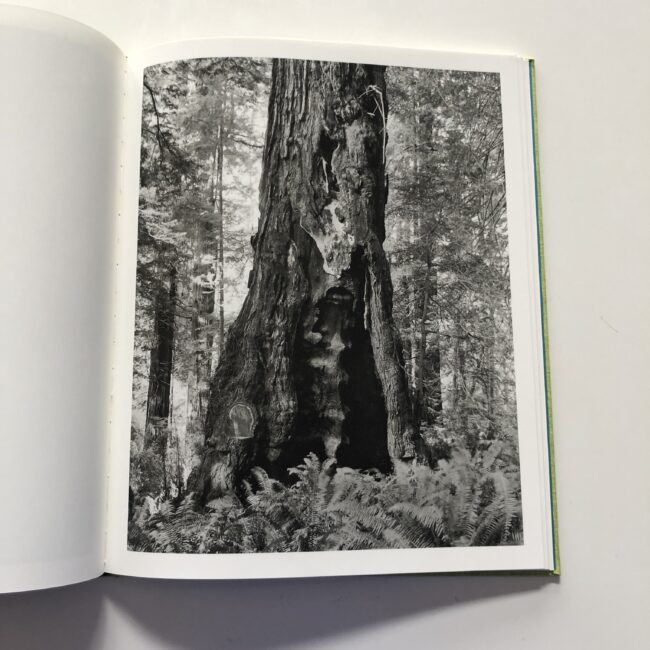 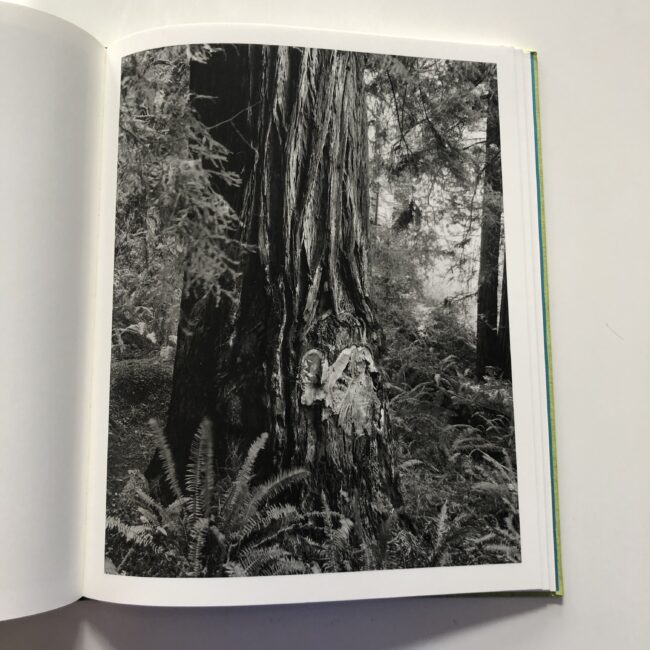 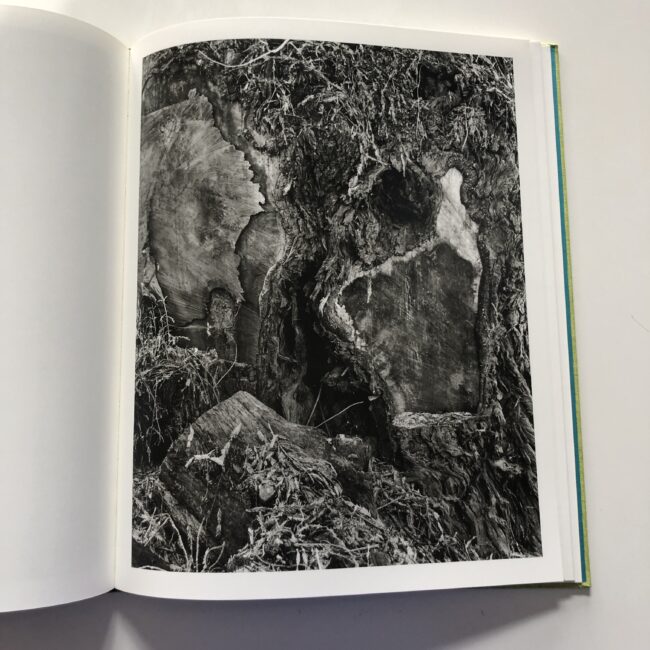 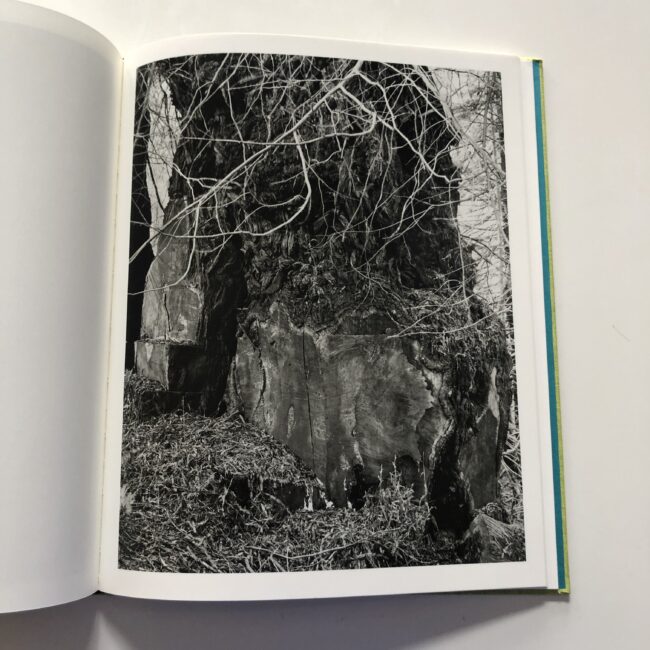 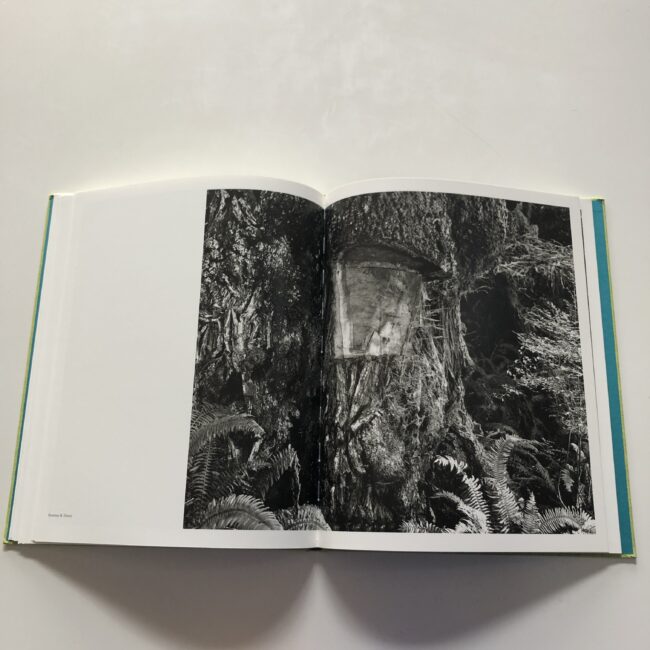 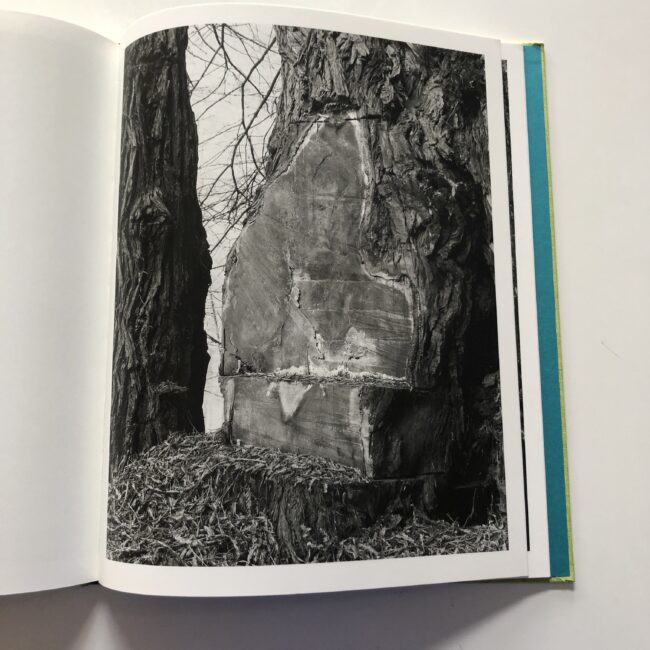 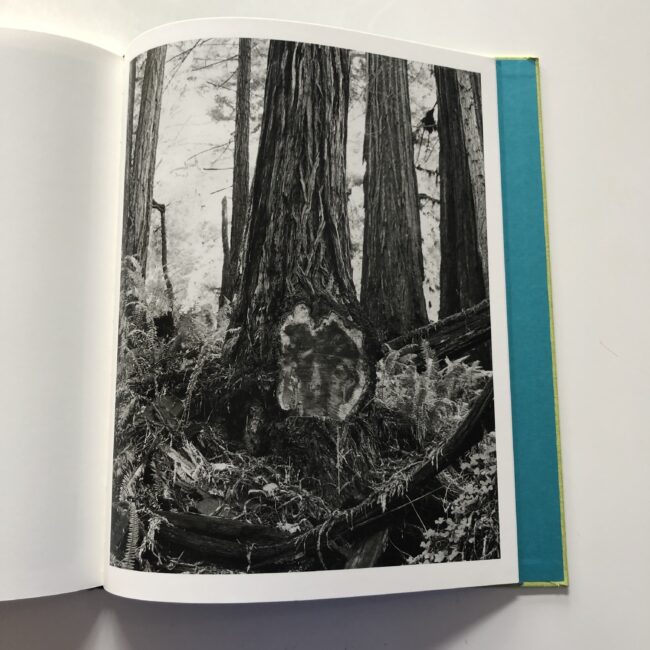 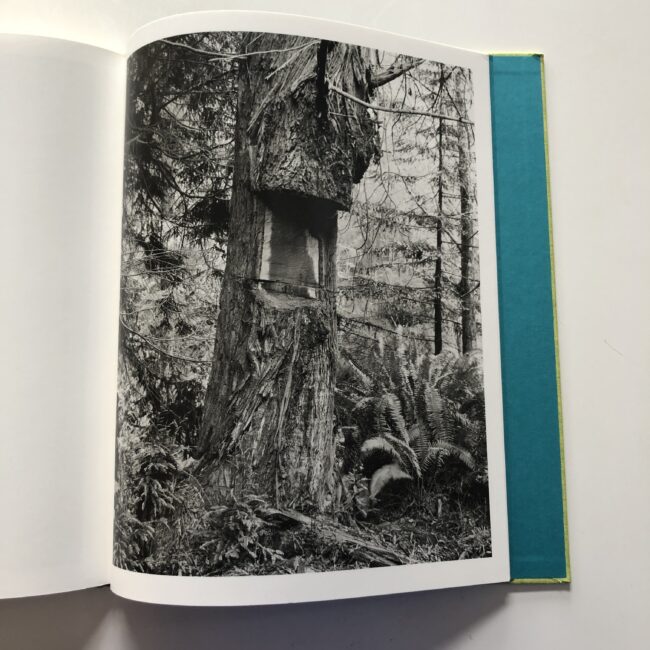 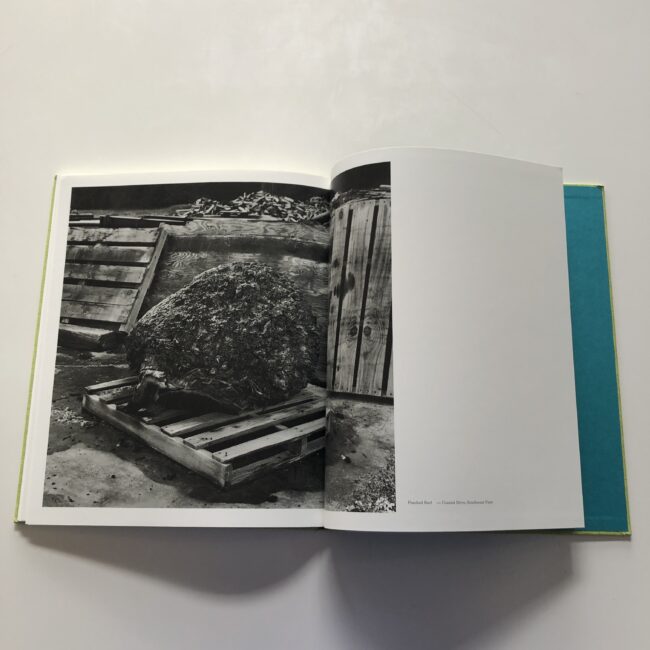 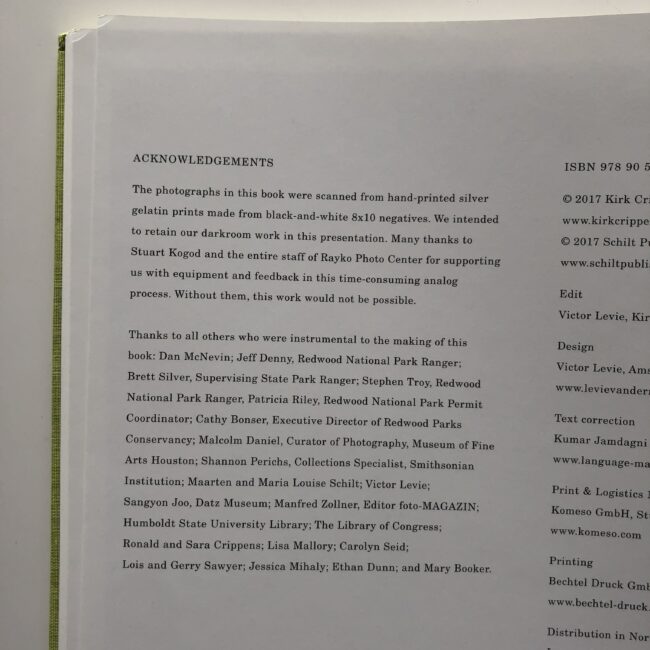 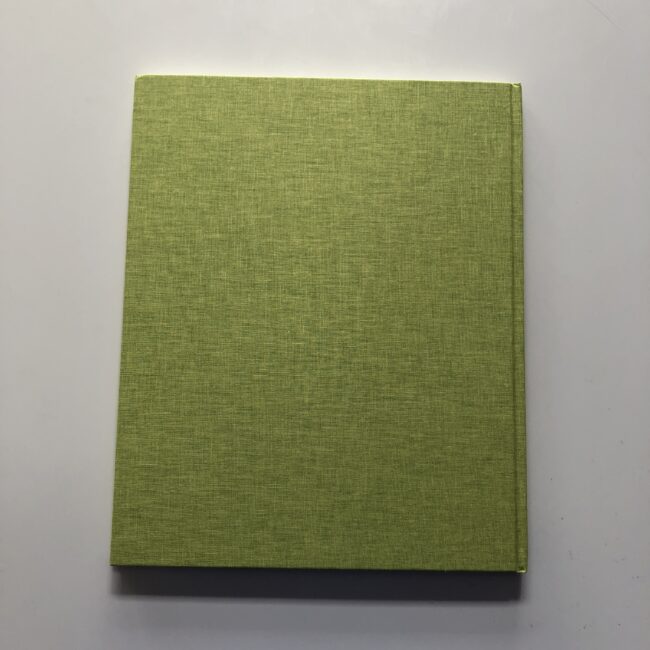