The Art of the Personal Project: Jasmin Shah

“A painting is a friggin’ dream,” says Emmett, 15, who has been painting since he was 5. He says painting makes him feel.

Emmett’s paintings are displayed in every nook and against most walls in his parents’ house, and he also donates a lot of his work to charity, which he says feels good. The day I visited, Emmett’s dad, Paul, assisted him in prepping the paints, asking what method he had in mind so he could put them in the correct pan. As the Beatles played in the background, Emmett declared the color and method and began his magical process. The paintings have so many layers and methods. Emmett sometimes uses the roller without a brush on it to create lines.

He has taken art at school, but most of his technique has come through tips from an uncle who’s also a painter and incredible support from his parents. Emmett told me his painting titled “Like Me” is very magical to him. (Emmett with the B/W painting.) Paul added that one day they were at the Art Institute and saw the work of Franz Kline. Emmett said, “He paints like me.”

After working on his painting for a little while, with no hesitation, Emmett stood up and said, “All done.” 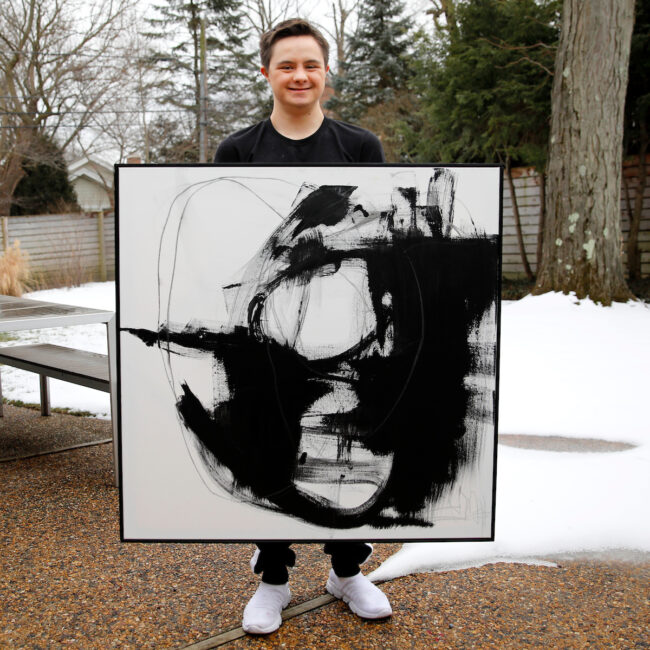 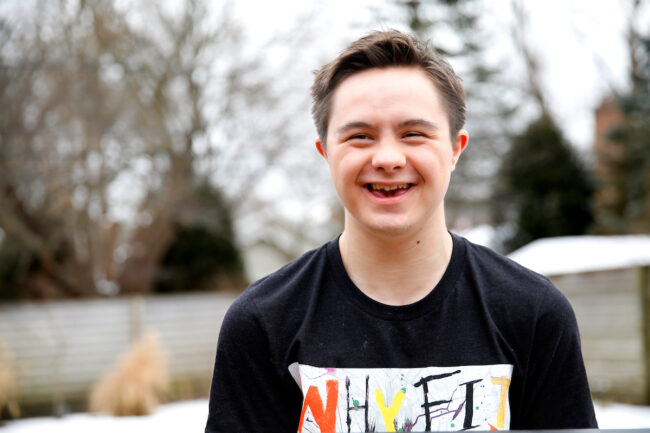 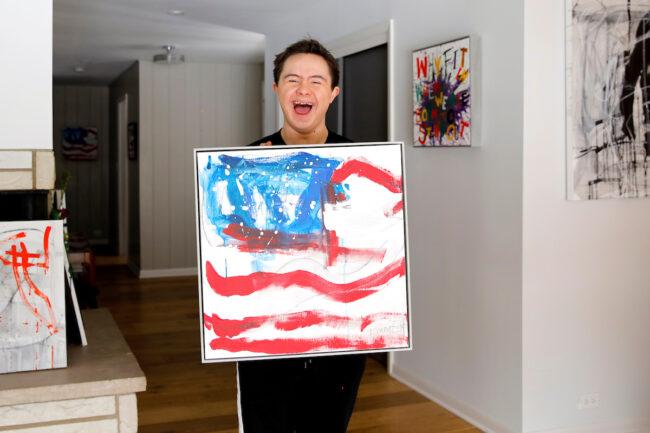 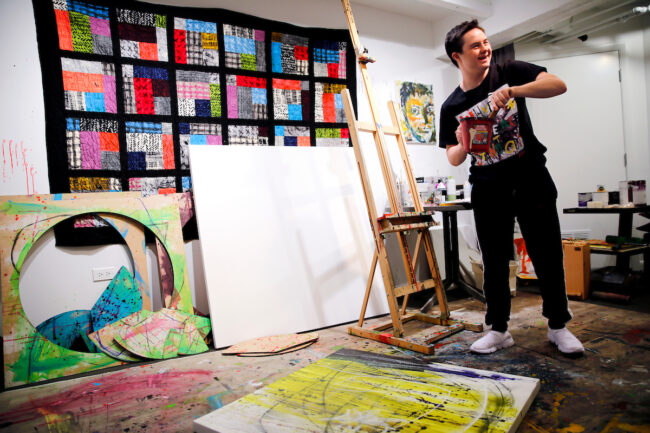 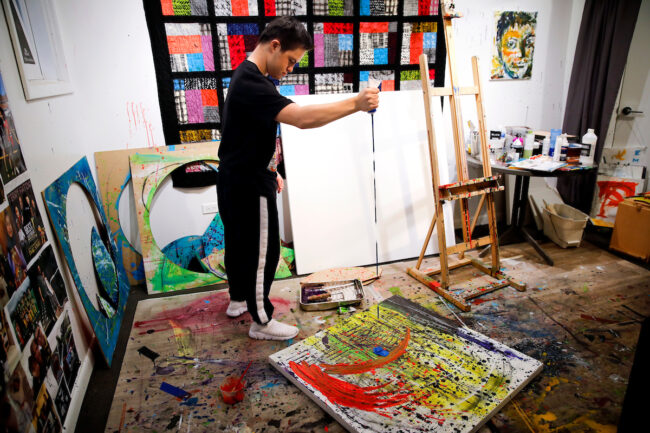 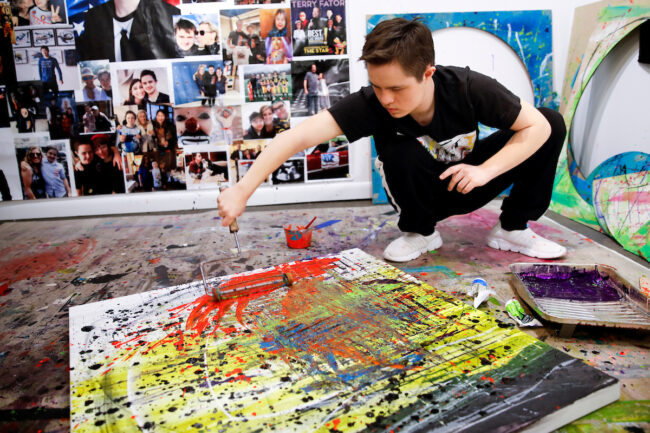 More about this entire project:

Emmett is one of over 60 people I have photographed and interviewed for my documentary photography project, Reintroducing America. After the pandemic hit and the social, racial, and religious divisions in our country became apparent, I began traveling the US, meeting strangers, and recording their stories. Creating this body of work serves two purposes: first, to preserve my own mental health by maintaining human connections. Second, in the professional traditions of Studs Terkel and Robert Frank, my project combines oral history and documentary photography to create a record of ordinary Americans’ responses to these extraordinary times.

As I traverse the country from Los Angeles to Memphis, Minneapolis to Santa Fe, I’ve found themes of resilience and hope, grit and rebirth. Those themes are united under an umbrella of optimism, which is at the heart of my project.

The daily news cycle can be upsetting and distressing, which is why Reintroducing America was built on a foundation of optimism. This work serves as a reminder to Americans and the rest of the world that as a nation, our country can still stand united, instead of falling divided.

Since beginning the project in August 2020, I’ve posted the work on Instagram, and the comments and questions have shown that people are curious about one another. I’m utilizing social media to spark dialogues, and my work is helping people ask questions and find common ground. I’ve also built an interactive website with a map of my travels and a list of photos by state. I envision the project culminating with a traveling exhibit and book.

This Week in Photography: Projects from PhotoNOLA, Part 2

The Art of the Personal Project: Kahran and Bethancourt of Creative Soul