In all my time writing this column, today is unique.

(And we’re at almost 9.5 years of weekly writing, not that anyone’s counting.)

Today, for the first time in my life, I know what rock bottom feels like. As an American, and as a husband.

And let me tell you, folks, it doesn’t feel good at all.

Being “right,” and telling everyone what was coming, and knowing in my heart it was true, and then seeing it all play out in accordance with my worst fears… it’s not a good feeling.

For starters, some lunatic-right-wing-Nazis tried to take over the government, storming the Capitol to ensure that Donald J Trump, the worst President in American history, remained in power. And he egged them on!

In a Democracy, one that I’ve warned 100 times was in serious danger, some psychopaths, carrying the Confederate flag, marched through the United States Capitol as if they owned the place.

Make no mistake, these fuck-tards are just as “potentially” dangerous as the actual Nazis that wiped out some of my ancestors.

They are just far-more-incompetent, and we only have luck to thank for that.

Basically, America broke yesterday, and only then did some of the cowardly, duplicitous Republican Senators begin to realize that if you wipe out the political class, that includes them too.

How fucking stupid do you have to be to need to see an actual insurrection, in your own office, to believe what the evidence has been saying for years now?

Trump told us, in a debate with Hillary Fucking Clinton, that he was the kind of guy who did not respect the results of elections, if he lost.

Why did so many people assume he was joking, or choose not to care, as long as it was in their naked self-interest?

Did they never even read the DSM 5, to learn about narcissistic personality disorder?

Anyway, you obviously have to hit rock bottom in order to see a way up. (Plus, Haruki Murakami’s characters always learn valuable lessons when they’re stuck in the bottom of a well.)

In my personal life, yesterday was a breaking point too.

Like many a self-sabotager before her, my wife waited until January 1st, the day after I bragged in this column about her recovery, to passive aggressively attack my sanity yet again.

Only after I’d begun to hope, and relax, did her subconscious come after me.

Yesterday, even before I knew the Capitol had been attacked, I broke, and challenged the unhealthy dynamics in my home for the last time.

We reached rock bottom, and either she’ll get her shit together, starting today, or after being with her for half my life, and giving everything I have to support her physical and mental health, we may end up getting divorced.

Honestly, I don’t know which way it will go, and I’m being a bit blithe by omitting so many details, but there is only so much I am willing to share with you.

The gist of it is exactly the same thing that caused the Trumpist rebellion yesterday: some people would rather believe a lie, a fantasy, than confront the difficult aspects of their lives, and their personalities.

Trump proved to us, over and over, that there was nothing he wouldn’t do or say to achieve, and then maintain, power over other people.

He lied, and he lied, but lots of people CHOSE to believe him, rather than any counter-factual information.

Honestly, if I had told you in 2015 that by #2020, a sizable portion of America would support ACTUAL Nazis, would you have believed me?

But there are some Americans who might have nodded a bit, bopped their heads, and said, “Sure, why not? It’s a racist fucking country, after all.”

There are some Americans who know, thanks to copious evidence, that some lives matter more than others in this messed up society.

There are some Americans who, if you told them in 2015 that in #2020, a police officer would murder an African-American man by suffocating him to death, ON CAMERA, would say, “Sure, why is that any worse than all the other murders, the lynchings, the endless denial of our humanity?”

Do you see where I’m going with this?

Because yesterday, as so many of us had our eyeballs glued to our Twitter feeds, absorbing news AS IT WAS HAPPENING, I realized that many of our photojournalist readers, and my colleagues, were kind of heroes.

Out there, risking their lives, to share the events with the rest of us.

And I got it in my head to try to include some of the great imagery with you here.

But Capitalism being what it is, (no offense to the photographers,) I tweeted a request that went nowhere, and the few people I asked had their work “embargoed,” so it would not be accessible to us here.

Twitter, though, for all its nonsense, is also a pretty fascinating resource.

Right there in my feed, it “recommended” that I follow a young, African-American photographer in Dallas, of whom I had never heard: Laidric Stevenson.

Then I jumped to his website, and discovered the amazing “#AmericanMadeMachines,” and his perfect-for-today “MyVirusDiary,” which he’s shot for obvious reasons. (My own version has taken over my IG feed.)

I don’t know much about Laidric, but I do know he’s a Dad, has a full-time day job in an office, a part-time second job at night, and he uses a large format camera to make his life as a photographer as challenging as possible.

I know that for all the talk of featuring more artists of color here on the blog, it’s always a difficult, because the artists I meet at festivals, or who submit their books, are predominantly White.

And I know that when I saw his photographs of Dallas, so crisp and bleak, they felt like #2020.

But somehow, they were also beautiful.

People sometimes ask me why a photograph made by an African-American is different from the same image made by a White photographer?

Maybe not, depending on context.

But when you see these images, with their graffiti about Black Lives Matter and George Floyd, or a guy named David, (or Bug, or Juice,) who was taken before his time, they feel different than if I’d cruised around Dallas, trying to tell this story.

And the large format camera, which forces one to move slowly and methodically, allows us to enter into a fully realized world, rather than just passing by at 65mph.

We see a billboard for masks, and wheat-paste posters about the Census, en Español. There are messages of hope, and landscapes of despair.

And all that isolation, all the damage caused by the last four years, you can feel that too.

So in the end, Twitter came to the rescue, as we all get to enjoy Laidric Stevenson’s photographs, on this, what I can only hope will be the very first day of a new era.

For my country, for my community, for my family, and for me.

Stay safe out there, and see you next week! 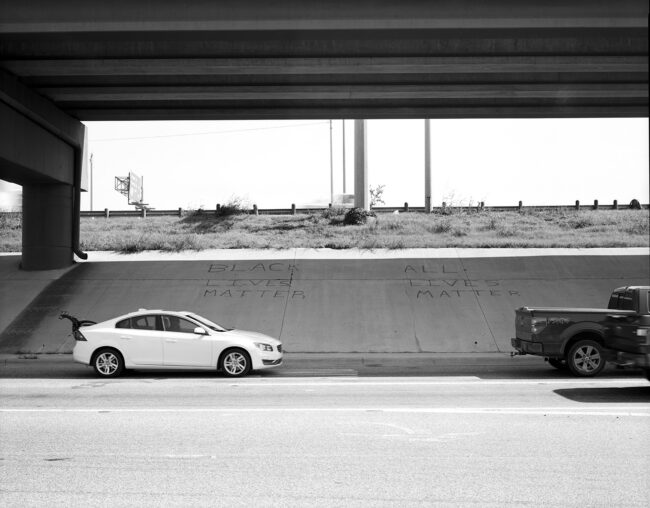 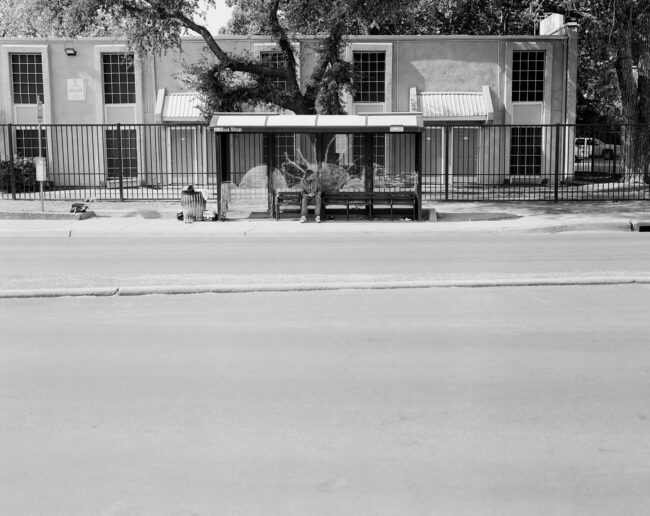 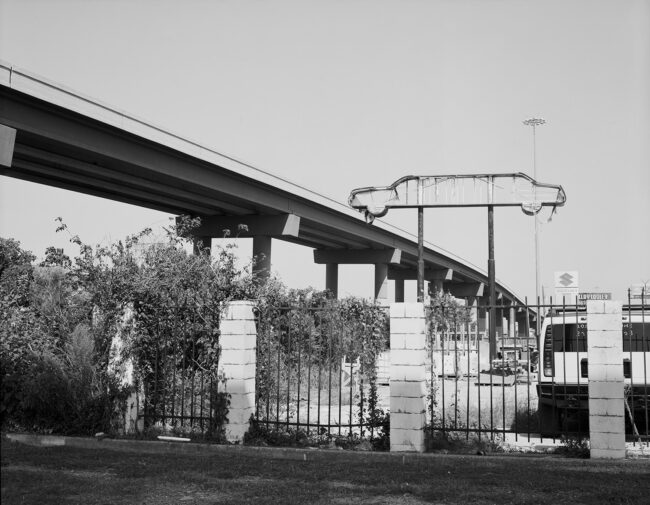 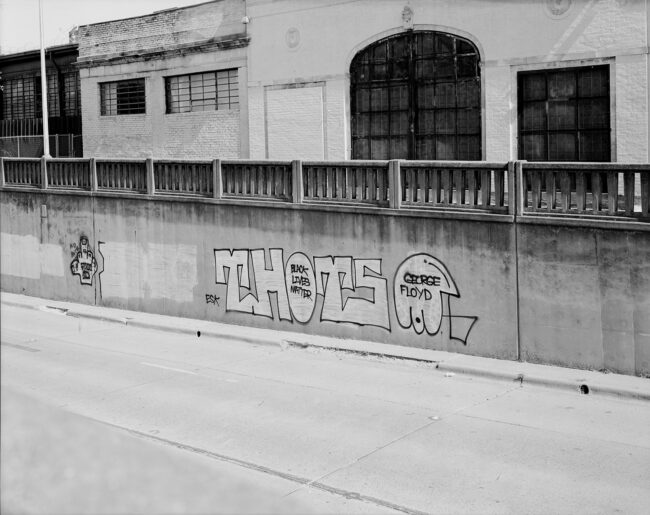 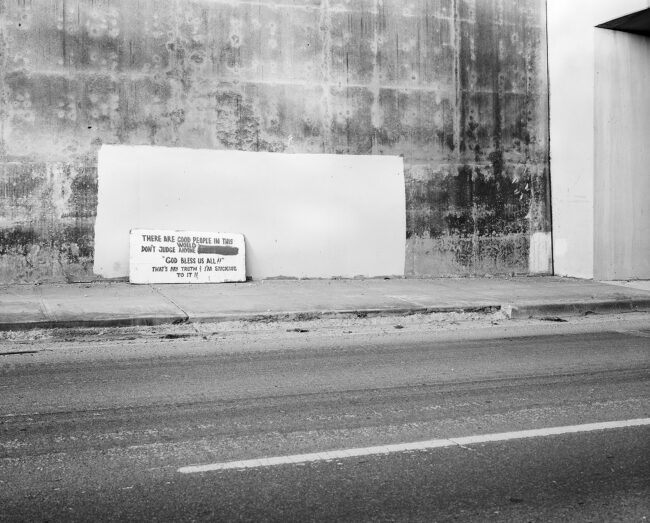 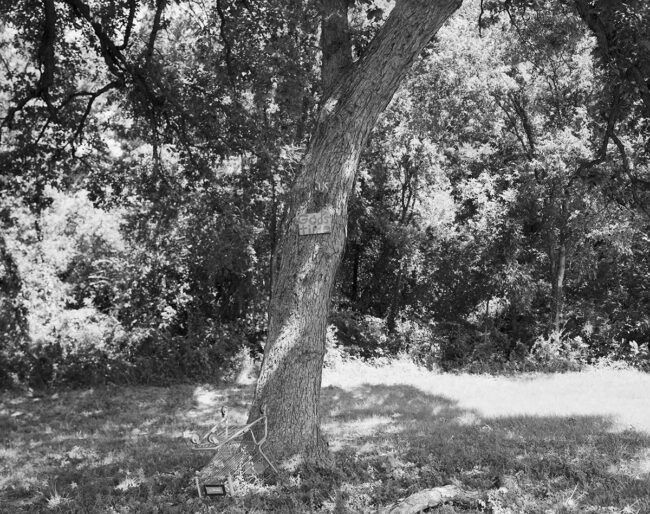 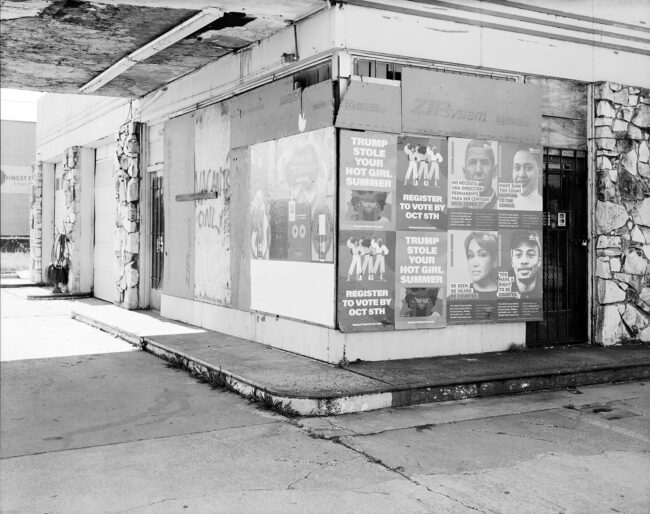 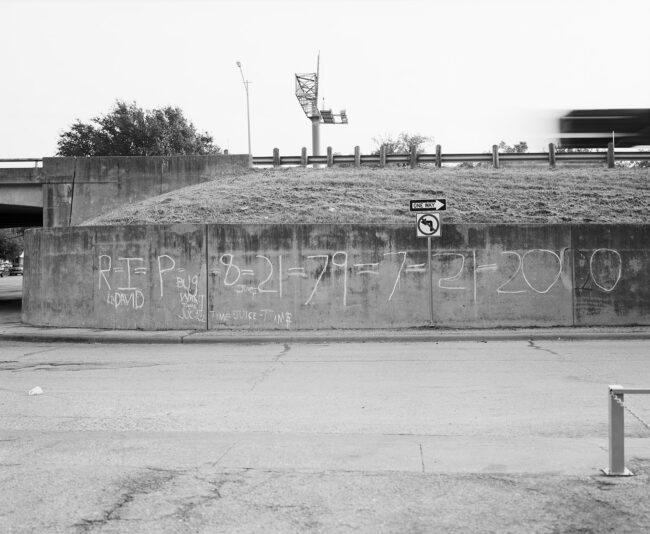 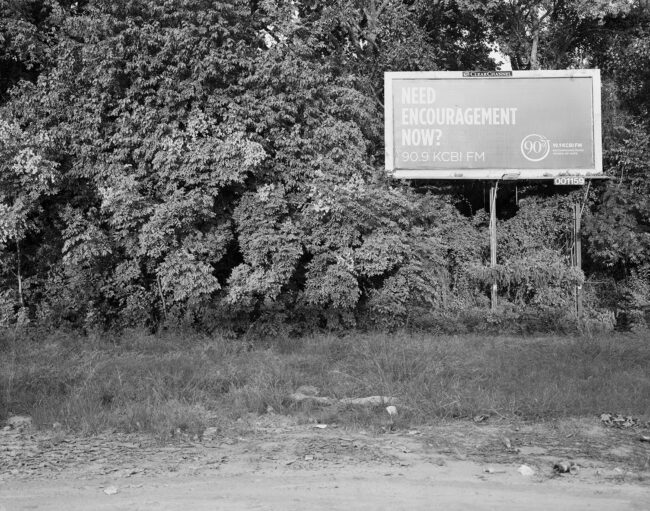 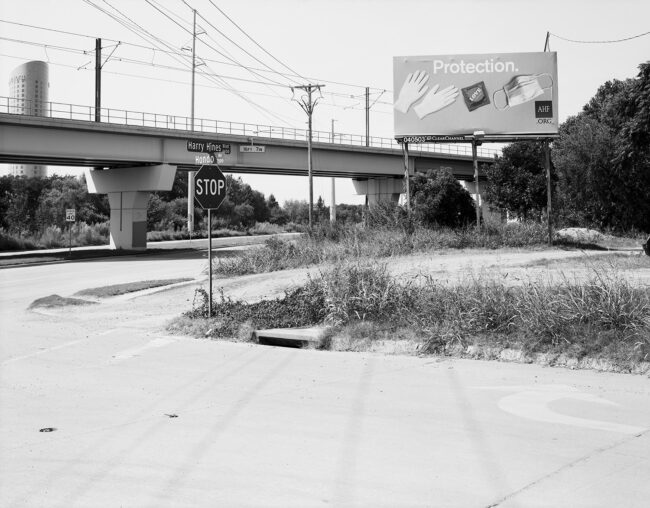 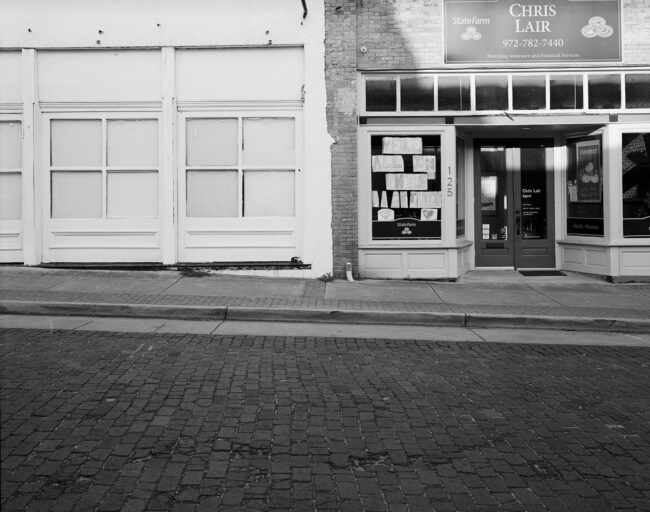 This Week in Photography: Voting Time