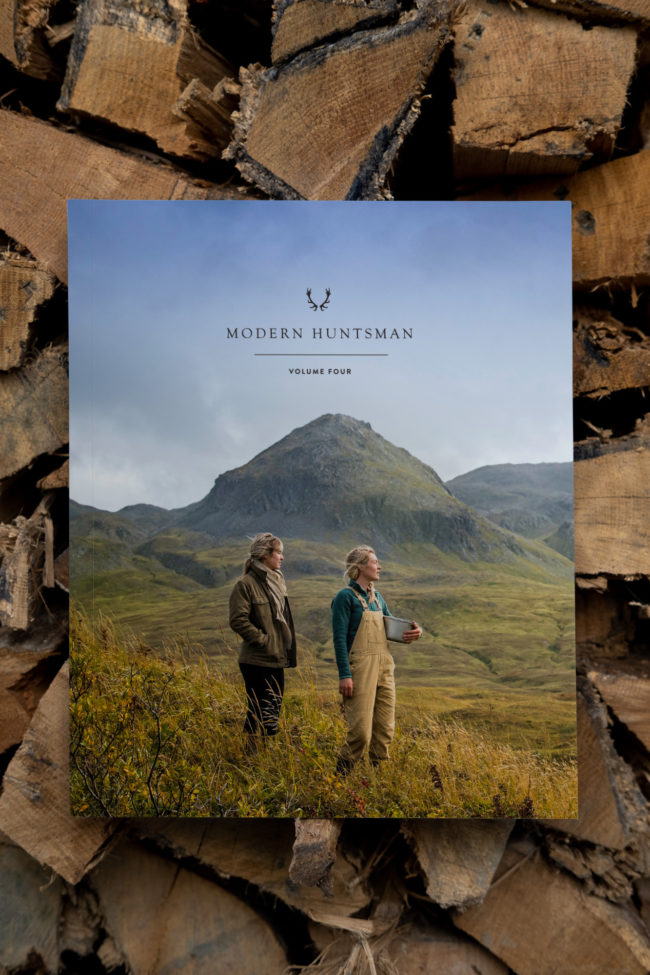 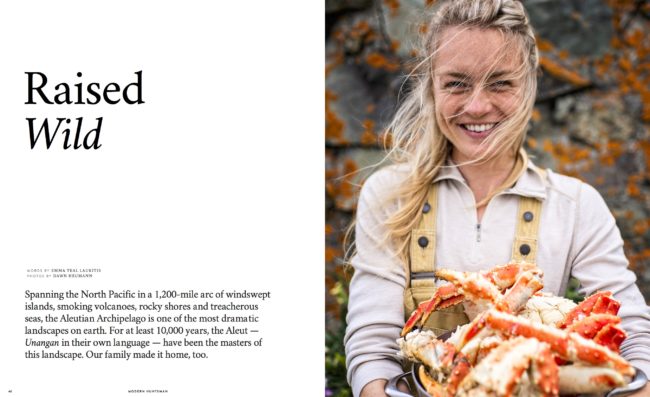 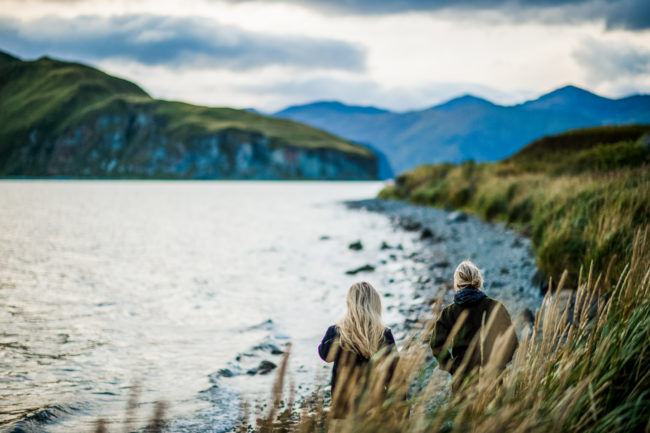 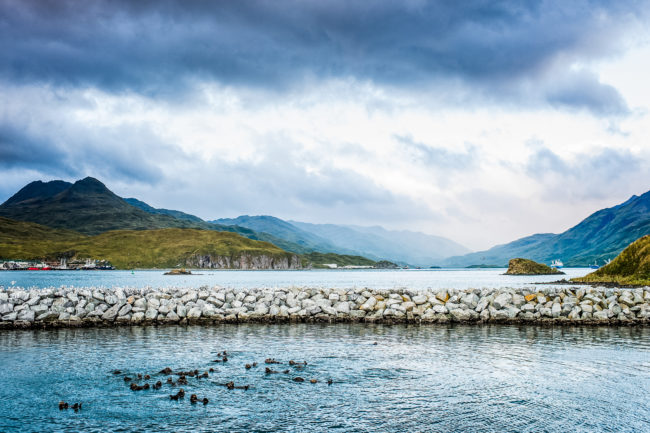 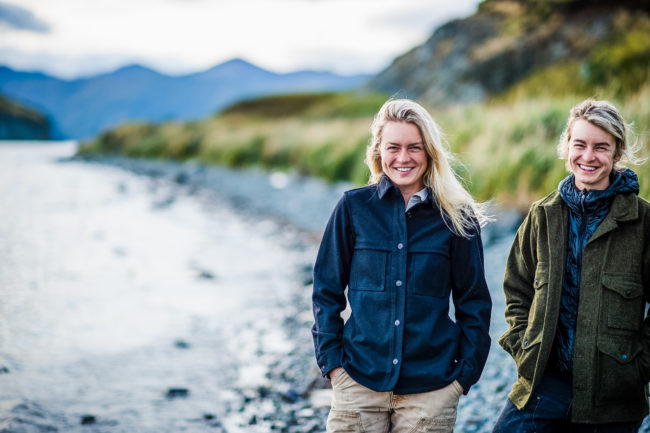 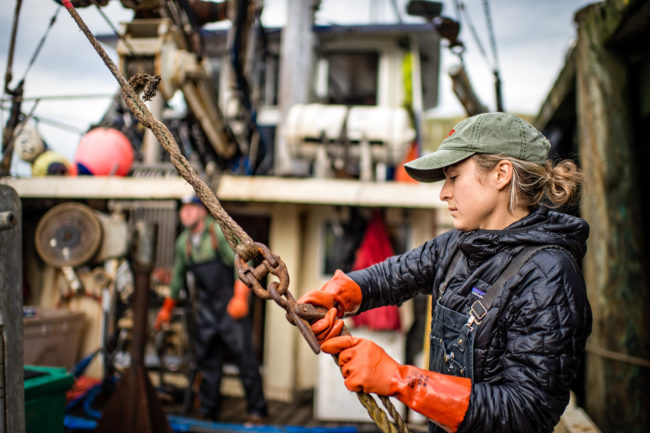 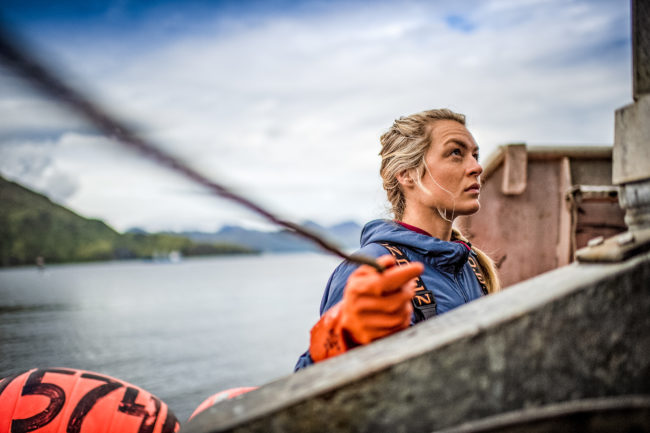 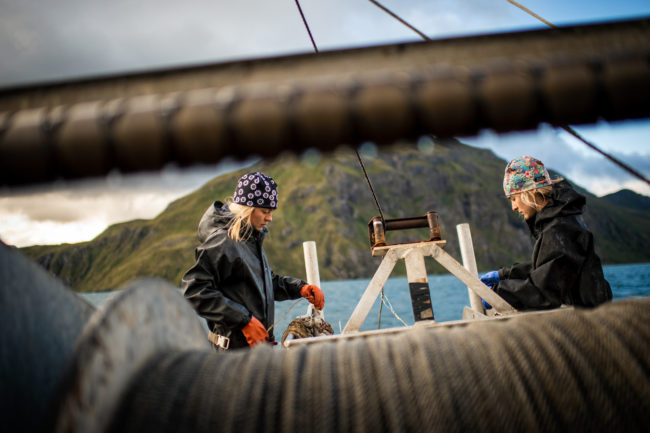 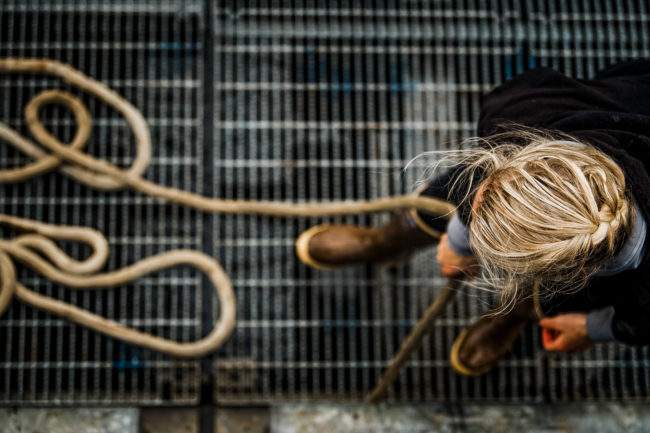 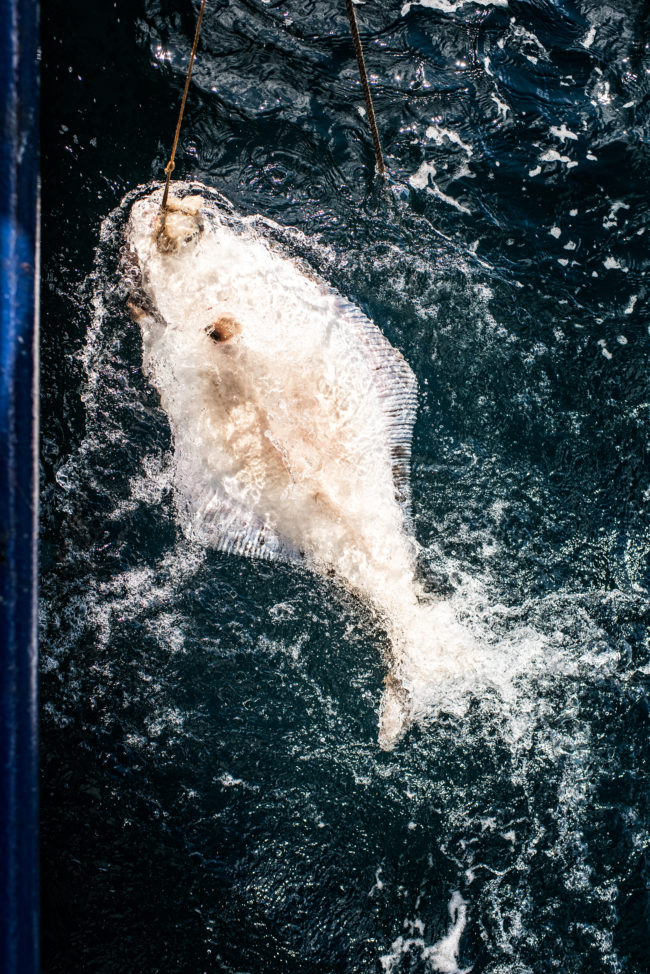 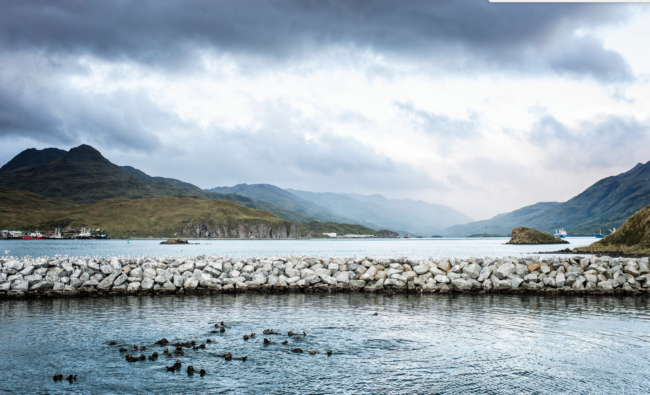 Heidi: How many days were you with the Salmon Sisters and what was the biggest challenge to the shoot or what about the most inspiring moment?
Dawn: The biggest challenge overall was getting to Dutch Harbor in the Aleutian Islands of Alaska where the weather is really sporadic and dramatic. It was a two day journey up to Dutch Harbor from the Bay Area and I stayed there with the Sisters for 4 full days, then journeyed home for 2 days. The day I flew into Dutch Harbor the air was still and calm and it was one of the most beautiful experiences of my life.  The Sisters were coming in on their boat to meet me but also because a huge storm was coming in and they needed to seek cover for a few days. They pushed their last day of fishing and I stayed in Dutch Harbor while they fished all night. We met up the next morning and I shot them unloading and selling all of the fish at sunrise.

By noon, the storm had come in and for two days we were stuck inside while sideways freezing rain and 40 MPH wind gusts beat at the boat. We couldn’t shoot a thing.  I was there for four days, but we only got to shoot for one and a half due to weather. It was tricky and took patience, a great attitude and tons of flexibility. These are the best kind of adventure shoots and really you just have to be ready for anything! In the end the storm gave us incredible light, so I was delighted!

How does your education in philosophy express itself in your work?
Philosophy has given me a really broad and creative foundation of thinking.  When you study philosophy you have to keep your mind open to all kinds of contradictory arguments and ways of life. There really isn’t a right or wrong – just theories, ideas and concepts. Philosophy taught me to think creatively and to be passionate about ideas. It also taught me a huge amount about inclusion and diversity of people and the way they think as well as the diversity as to how we were all raised and shaped. People in general are also just very interesting to me and I always want to learn about them!

How did your upbringing shape your eye or experience of the world?
One of my oldest memories is my father pulling over to the side of the road in our old 4×4 van at sunset, pulling his massive video camera and tripod out and shushing us little kids while he recorded the natural sounds and sights of the world and whatever beautiful sunset we had come across. Since my parents were travel filmmakers image making was just a part of our lives. Looking for beauty was unending and my father found it almost everywhere. Without even knowing it, he was training me since before I can remember.

As my parents made travel films they would tote us all over the world. I wasn’t raised with a religion and one of the first things I noticed traveling the world was how all these other humans in different cultures all had religions.  In the end, it was actually religious studies that landed me with my interest and later my degree in Philosophy. I was curious lifestyles, traditions and Gods. Now, as a photographer I travel meeting different people; I love connecting with them all equally no matter their race, religion, viewpoints or lifestyle. Also, I am comfortable, even happy,  in airports and on airplanes and that’s really been a big bonus from traveling so much as a kid.

Are you part of any female creative collectives?
I am a part of the Luupe and I am a member of many private groups that meet both online and in person. When you find capable, strong women out there – you stick with them, keep in touch and work together over and over whether you are in a group with them or not. For me it’s really about finding your tribe and in such a male dominated industry us ladies stick together pretty well.

Did you pitch Modern Huntsman or did they choose you for this story?
After receiving the publication for the past year I became obsessed with it. I resonated with the beautiful photography and inspirational story telling and really wanted to be a part of it. I sent a few printed mailers to the whole team and wrote personal notes as to how much I loved their work and would be just over the moon for a chance to work with them. Then I waited and crossed my fingers. Shortly thereafter, an amazing woman in my life who’s a writer, advocate, ecologist and the CEO of  Wylder Goods, Lindsey Davis made the connection on a hunting trip with Tyler Sharp who is the CEO and Editor in Chief of Modern Huntsman and one of the people I had sent the mailer to. As far as I know my name came up and Tyler remembered my mailer and Lindsey, who I had worked with on several occasions gave him the thumbs up on me. He contacted me and I pitched the Salmon Sisters (who I had worked with and met before and just adored) for the Women’s Issue.