This Week in Photography: The Archive of Hugh Mangum

President Donald Trump, the other day, #2019

Afterwards, I thought that “Be careful what you wish for” cliché might have something to it.

I bring this up, because honestly, who knows where all this is headed?

Donald Trump was caught red-handed, doing the one thing the entire Mueller investigation was trying to prove, under the assumption that such behavior was a priori impeachable, but they never found the smoking gun.

This time, Trump and his minions were caught together, plus a cover-up-secret-server? And then, just hours after I initially wrote this, he goes on TV to invite the Chinese government to investigate the Bidens too?

But I began the column with Trump essentially doing stand-up-comedy.

Like Rodney Dangerfield (RIP) in “Caddyshack,” or Joe Pesci in “Goodfellas?”

How is that not funny, and yet with the fate of the free world hinging on this man’s behavior, (Did you read about his idea for alligator and snake moats?) maybe we all just need to laugh, or at least catch our breath for a second?

In my case, I remember when Rob set me free to do the travel and cultural criticism pieces I’ve since written over the last six months.

I’d done book reviews for a few years solid, and wanted to see what would happen if I went out there for you, to eat and drink and look and investigate.

Sitting on the couch flipping through books had gotten stale, but then, after six months of pinging around the world, (East Coast, West Coast, Europe, West Coast, East Coast, Mid-West) my head is more fried than my daughter’s skin this summer when she went to the pool with a friend who didn’t have her re-apply her sunscreen properly.

So today, while trying to process a president doing stand-up-comedy about the millinery choices of Abe Lincoln, I thought, man, it sure would be nice to pick up a book here in my house.

To do something different.

Instead of crunching my previous experiences into an article, I’d rather read and engage with an existing story in book form.

To look at someone else’s narrative, and see what I can learn.

“Photos: Day or Night, The Archive of Hugh Mangum,” edited by Sarah Stacke, was published last year by Red Hook Editions. It seems straightforward enough, as the book exists to present the digitized, preserved history of a notable Southern photographer who died too young in 1922. (44, RIP)

Sarah Stacke edited the book, wrote one essay, and interviewed Mr. Mangum’s granddaughter, Martha Sumler, at the end of the volume as well. (And shot her portrait.)

During his lifetime, at the end of the 19th and beginning of the 20th centuries, Hugh Mangum had a darkroom in an old tobacco barn at his family’s country property outside Durham, North Carolina. He also spent time in the city-home as a youth, in Durham, and according to one of the essays, the block was fairly integrated.

Whatever the reason, Hugh Mangum defied the mores of the South in which he was raised by photographing African American and white people, and his interracial practice would have been rare for the time.

Plus, the photographs in here are badass. I mean, like totally good. In some cases, showing me things I still can’t make sense of.

Really, when was the last time I saw something photographic that defied reality in the way Trump’s opening quote does?

(See, I always bring it back around in a book review.)

Mangum sold his prints cheaply, so that his regular-people-clients could afford them. He kept costs down by splitting glass plates into multiple exposures.

There are 15 narratives on one plate.

A woman stares at the camera, severe, in a white high-neck-top and a stylish hat that cascades dark flowers. In the background, below her, to her right, a man, who looks like a Peaky Blinder minus the trademark hat, is staring daggers through the camera. 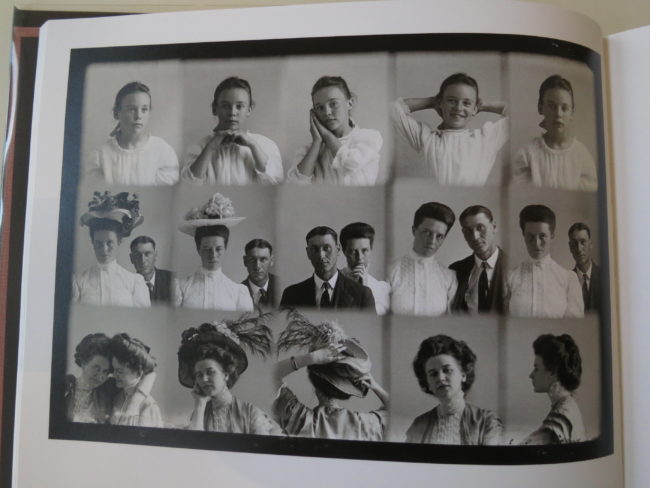 In the second frame, she looks down and away in a new hat, and he’s in the same spot, eyes just off the camera’s center.

Then, frame three, BOOM, he’s up front, looking right through us, and she’s just off his left shoulder, her face in her left hand, the two of them looking like they just robbed a train and were about to go have sex and then spend a few dollars at the casino afterwards.

Then, he’s next to her, and in an instant, in frame five, he’s receded into the background again, and she owns the frame.

This time, no hat.

My point is, these photographs exist, and they’re amazing, but they don’t make sense in any way.

Who were they, and what the hell were they doing in that studio?

There are many other such pictures here, images that would captivate, by themselves. Together, they make for the kind of book that will reward upon multiple viewings.

But then, in the end, things get really interesting.

In the closing essay, Martha Sumler admits that as a youth, she and her friends used to throw Hugh Mangum’s glass plates at trees, smashing them to bits.

“I believe all of us regret destroying them,” she said.

Totally caught me off guard.

And then, just when I got over that one, Sarah Stacke asks Ms. Sumler about the rumor that Hugh Mangum had shot naked photographs of local wealthy women?

(Out of nowhere, like it’s the most natural way to end a book.)

“SS: There is this rumor that Hugh made nude images of prominent women in Durham. What do you know about that?

MS: The information came to me from my mother. She told me there were nude pictures of prominent women in Durham… Some of the relatives still had pictures, and that was fine, but she didn’t want the glass plate negatives to get out, so she destroyed them…

SS: So much mystery.

MS: There is. And a lot of things we will never know.”

I’m not sure I can adequately explain how little I expected to read those things in a book like this. One that presents a bit of history, and recontextualizes a fine, almost awkwardly good group of pictures.

This book was made in 2018, and I believe it took six years or so to make. A true labor of love. 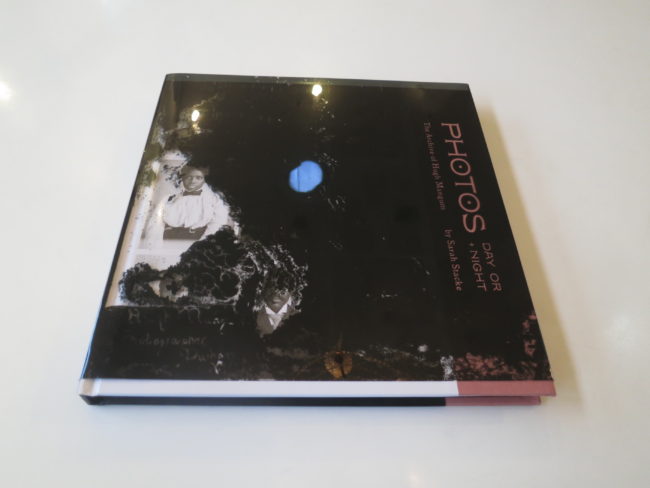 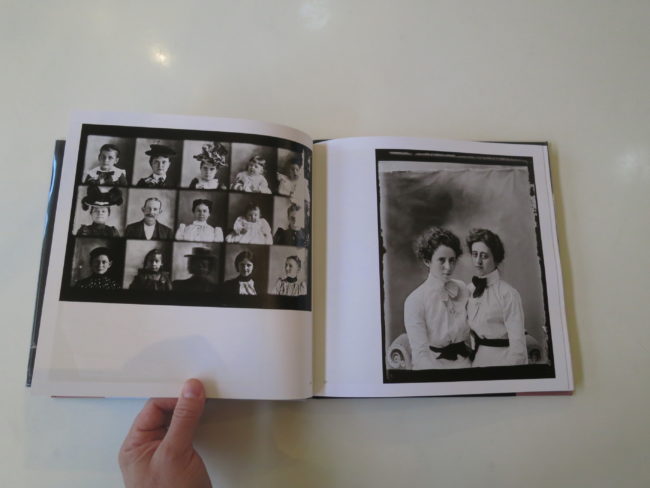 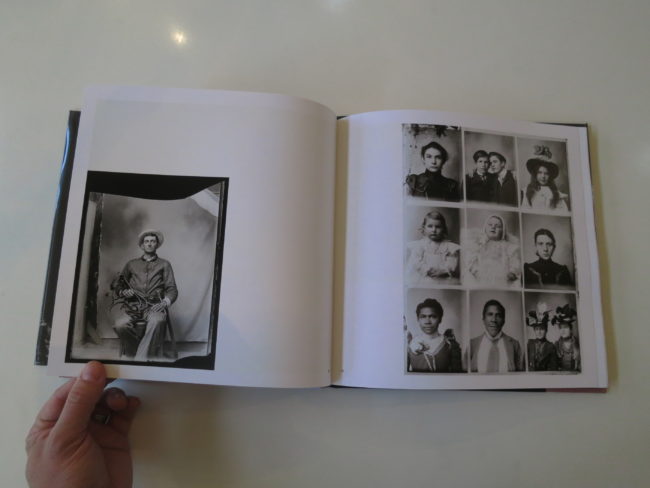 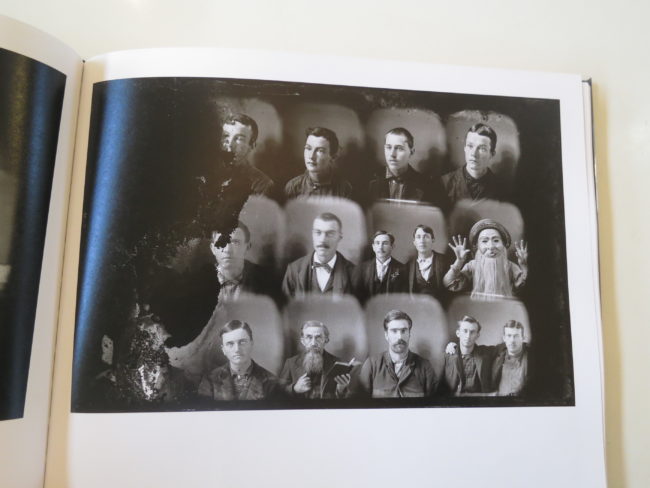 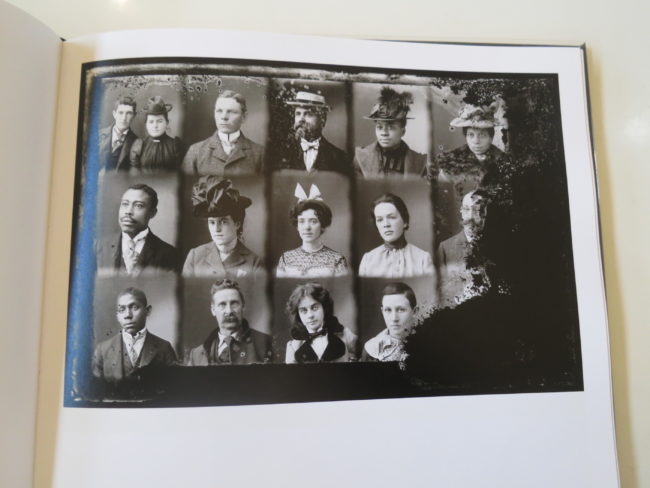 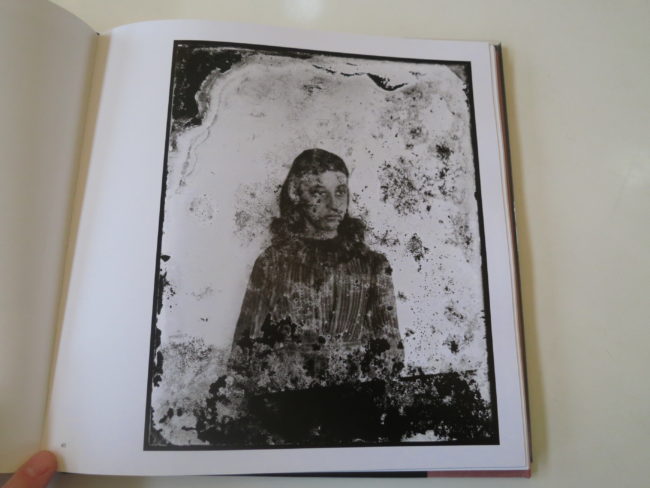 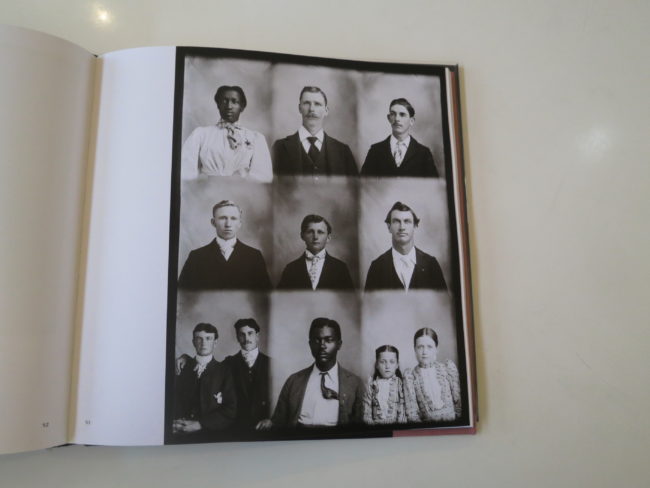 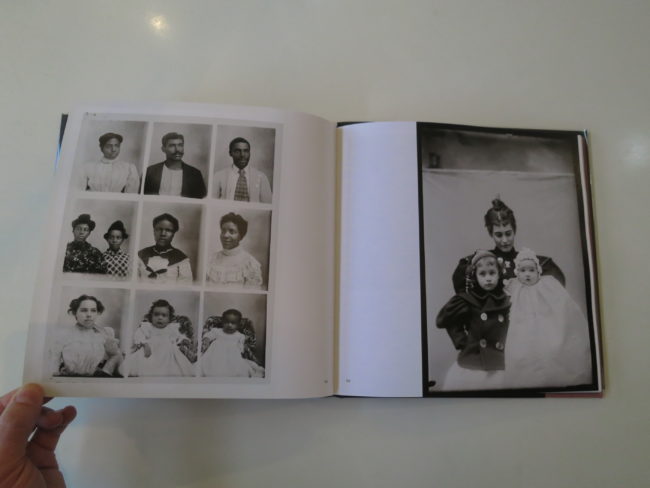 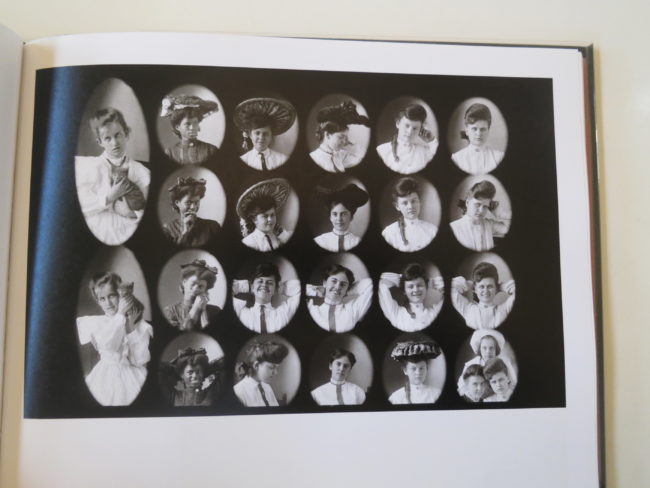 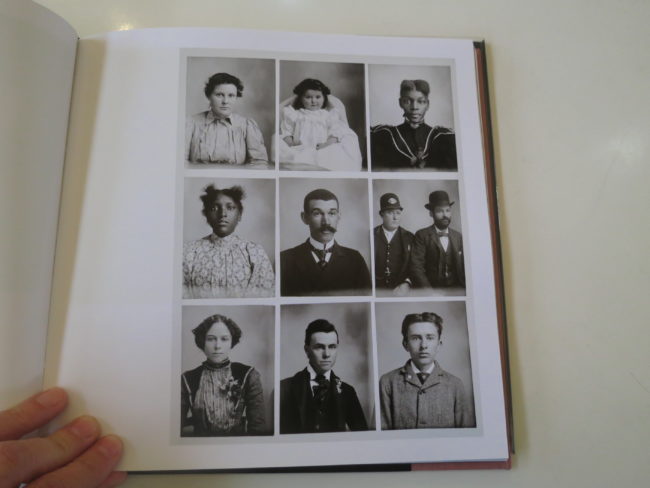 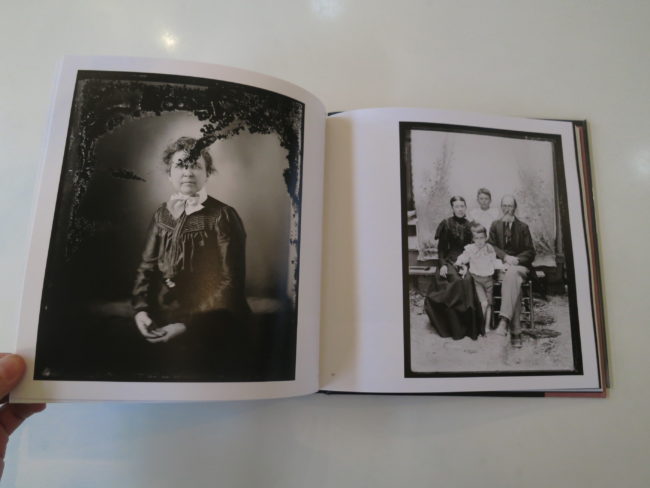 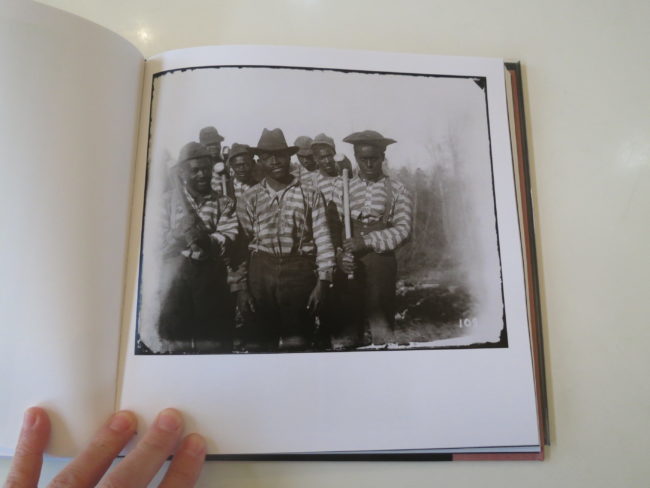 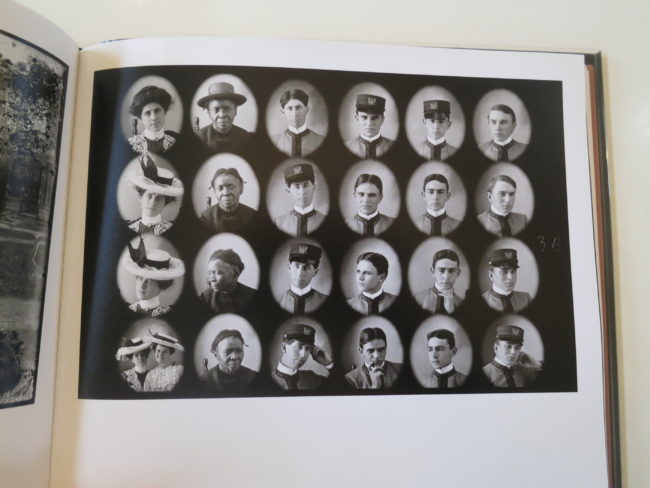 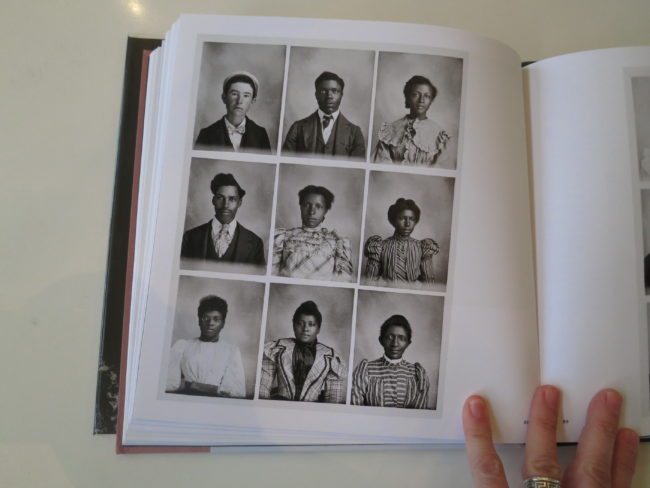 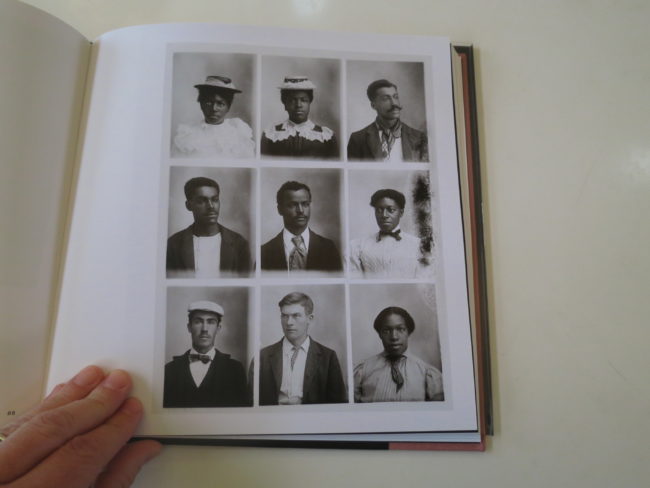 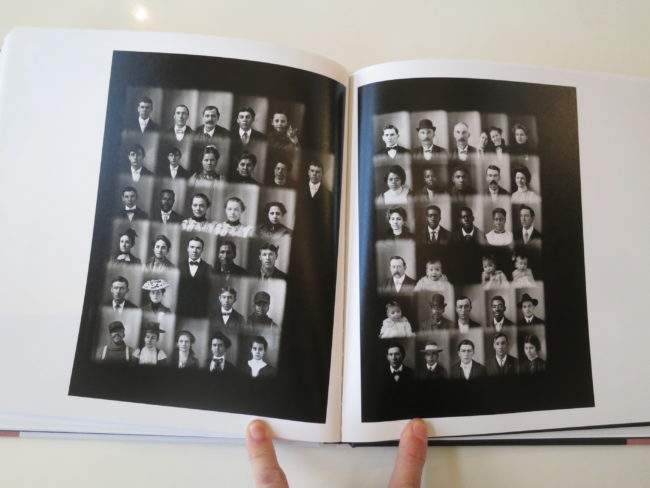 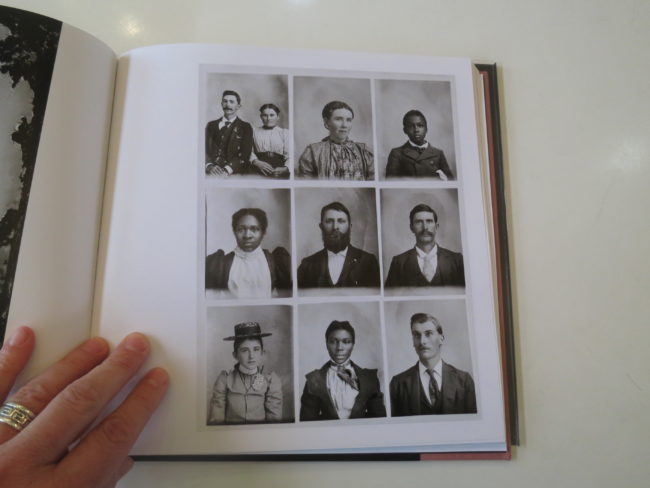 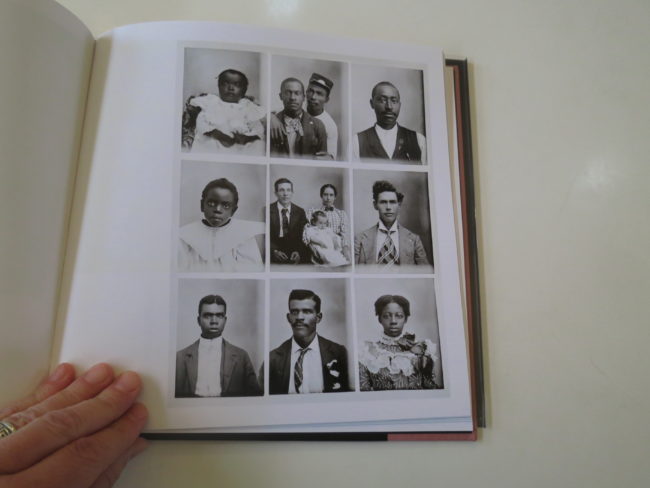 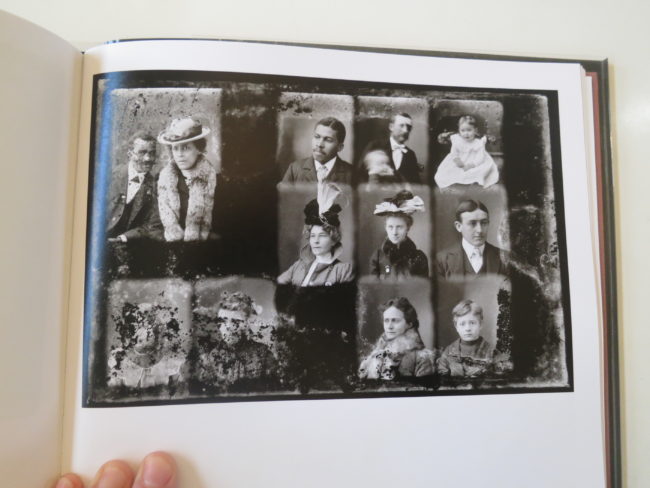 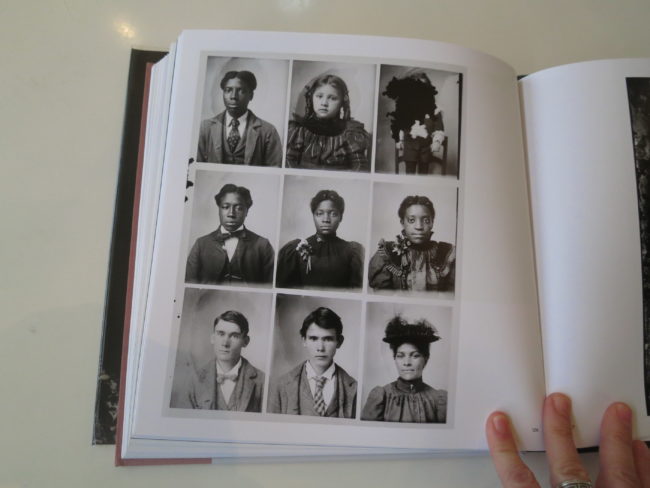 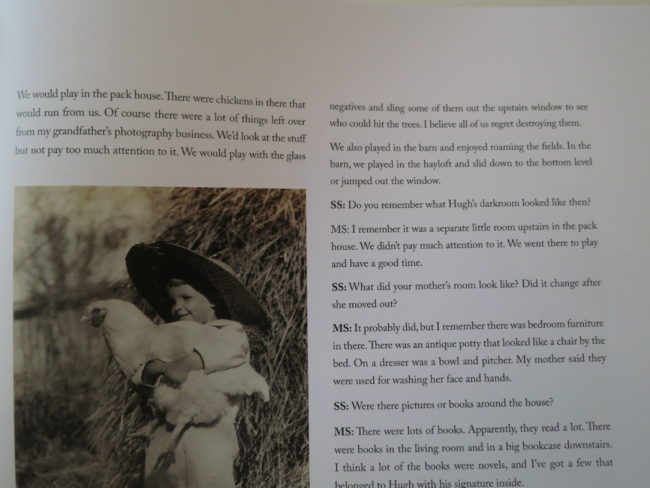 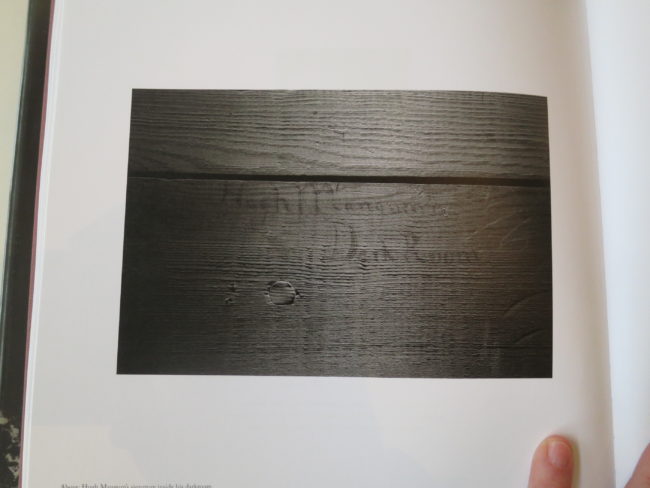 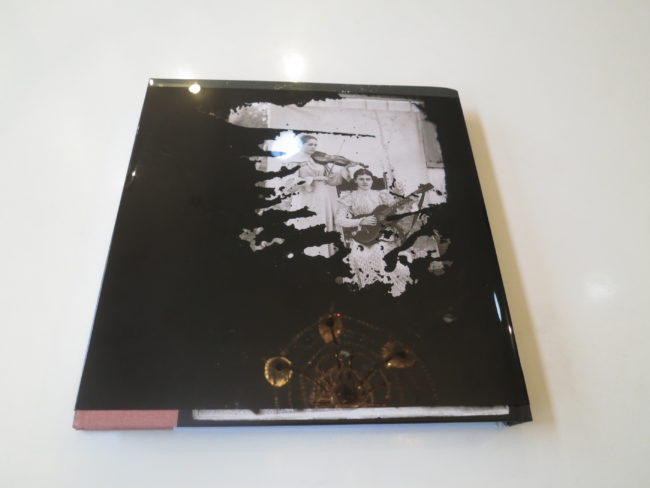 The Art of the Personal Project: Spencer Humphrey 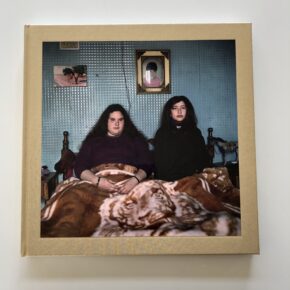 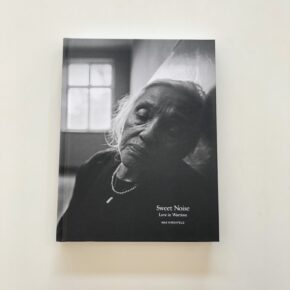