It’s my job to love paperwork. From estimates to production books to invoices, I’m responsible for creating, organizing and understanding all of the documentation needed to manage a production. Three of the most important pieces of that paperwork puzzle are model releases, property releases, and permits. No matter how big or small a production is, proper documentation is essential to not only obtain formal permission to shoot in a specific place, but to also ensure your ability to make use of the images you capture that feature people and certain locations for a commercial project.

Generally speaking, a model or property release is a contract that documents the consent of the subject(s) or property owner(s) to allow their likeness or the likeness of a property to be used in a certain way. It’s important to understand that using a person’s likeness to promote a company for commercial gain can be incredibly valuable to that company, and the people featured in those images should understand this value. The formal documentation of consent is therefore very important, and releases protect the photographer and their client should a disagreement arise over the use of an image that includes any person or property.

Let’s start with model releases. Here is a run down on when you typically do and do not need a model release:

You DO need a model release if the subject is identifiable and the images will be used commercially (to promote a particular product, service, company, or cause). That includes (but is not limited to) paid advertising use of the images in print ads, web ads or billboards, as well as collateral use in brochures, direct mail pieces or a client maintained website and/or their social media outlets, to name a few. Additionally, while this is often overlooked, you should acquire a model release from anyone featured in an image within your print/online portfolio.

I should note that while a release isn’t needed for most editorial uses of an image, many (but not all) publishing companies do have clauses in their agreements requiring the photographer to obtain a model release from the subject. In my experience, this clause covers the publishing company from a liability perspective, but in most cases, both parties often ignore it unless the shoot features hired talent, kids, or if the subject matter of the article is controversial in any way. If an editorial contract states that releases are required, a discussion about this should take place, and I’d recommend asking the publishing company to provide the release they want to be signed.

So, what’s the best release to use? Well, there are a lot of forms available online (like these from ASMP and Getty) as well as many different apps (like Releases or Easy Release), many of them aren’t applicable in all situations or are a bit too broad (also, since releases are formal contracts, they are subject to state law, and it’s important to find out if there are any peculiarities that may require adjustment). For our purposes, we are typically working with professional talent (and/or their agents) who we negotiate specific usage with, for a specific fee, and therefore want to note such information on the release. Here is our model release:

You’ll notice we include a space for an image of the talent for reference. Since we often work with casting directors and hire professional talent, I’ll have their digital headshot and can drop that image on the release before getting them to sign it. Alternatively, using a Polaroid or other instant-print camera is a good option as you can staple the picture to the release after you have the talent sign it. Another method for other releases that don’t have a field for visual reference would be to take a picture of the person holding the signed release after signing it, so you can have both that image and the scanned release on file to identify the person.

It’s understandably not always black and white, and there are a few key points to note about locations and releases. First, you need a release to include trademarks or copyright protected artworks in an image for commercial use. That includes logos on the facades of the buildings, murals, statues, and public art. Also, it’s important to know that certain architectural or design elements incorporated into a building can be trademarked. For instance, you can photograph the Eiffel Tower during the day without the need for a release, but the lights that appear in the evening are a trademarked design. You would, therefore, need to seek permission to use the image for commercial purposes if the image was taken at night when the lights are displayed.

Additionally, if you photograph a space that has art displayed, you would need a release from whoever owns the copyright to that piece of art, as well as, a release from the owner of the property in which the piece of art is displayed (if the location is identifiable) in order to use the image for commercial purposes. If you are unsure of whether or not there are any restrictions or limitations on a certain building or public work of art, you can contact your local film office, and they should be able to provide guidance on popular destinations or areas within your city.

As with model releases, there are forms you can find online from ASMP and Getty. On nearly every production I’ve worked on, our client has had location releases that they’ve asked us to use, however, we have our own as well. Here it is:

You’ll notice on our release that usage is not something we call out in the same way as we do on the model release, as usage typically isn’t a factor for locations (meaning, it typically just includes unlimited use). We do state that the release would cover unlimited use in all media, but it’s not displayed in the same way as we have it on the model release. That being said, location fees might differ based on the type of production (stills vs. video) and how big the production footprint is.

It’s also important to know the difference between a permit and a release. A permit allows you to be in a certain space at a certain time to take a photo, and a release allows you to use that image for commercial purposes. Permits are typically applied for and distributed by film offices or local government agencies, and each city typically has different rules for when you do and don’t need a permit.

Generally, it comes down to the size of the production footprint, and in many cases, a photographer acting alone with very minimal equipment does not need a permit. On the other hand, in almost all instances, if the production involves multiple people, production RVs, street closures and any lighting/grip equipment, a permit is needed. Most film offices and government agencies will tell you that if the shoot is for any commercial use, that you need a permit, although the fees will likely be less if the shoot has a minimal production footprint. The permitting process in most cities can be time intensive and almost always has fees associated with it, so it’s important to do your research and figure out the cost and turnaround time for a permit before embarking on a production.

Here are two examples of permits I applied for and was provided by the New York City Film Office and the US Department of the Interior:

Given the preparation and hard work that goes into capturing images on a production of any size, it’s incredibly important to cover your bases and make sure all the people, places and things in the images are appropriately released in order to avoid legal trouble when the images are actually used.

*Legal Disclaimer* – Please consult with an attorney to discuss legal documents pertaining to your business before putting them in use. I’d like to extend a thank you to Adam G. Garson of the firm Lipton, Weinberger and Husick for his contribution to this article. If you need professional legal counseling, please contact Adam at agarson@garson-law.com or by phone at (610) 565-7630. If you need help estimating or producing a shoot, please email me at craig@wonderfulmachine.com, or you can reach me on the phone at (610) 260-0200.

The Daily Edit – The Olympic Games and The Art of Sports Photography: John Huet 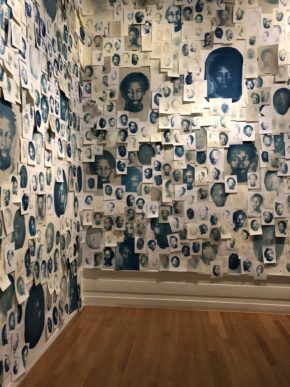