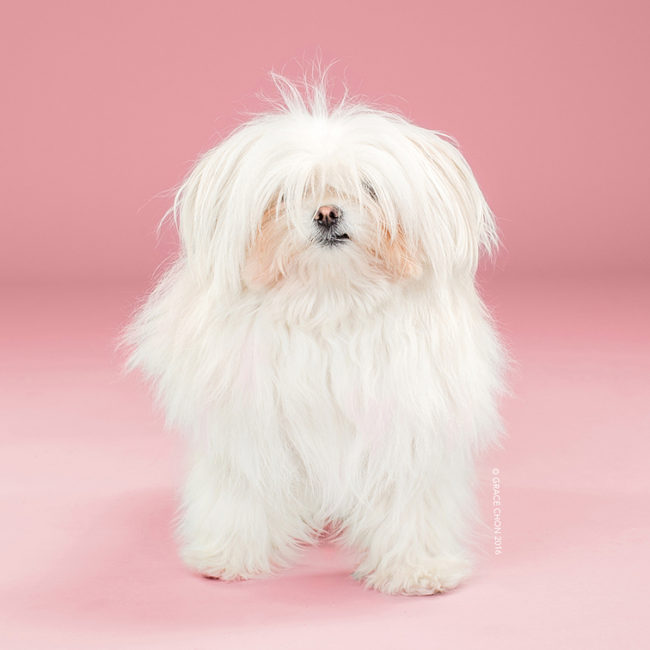 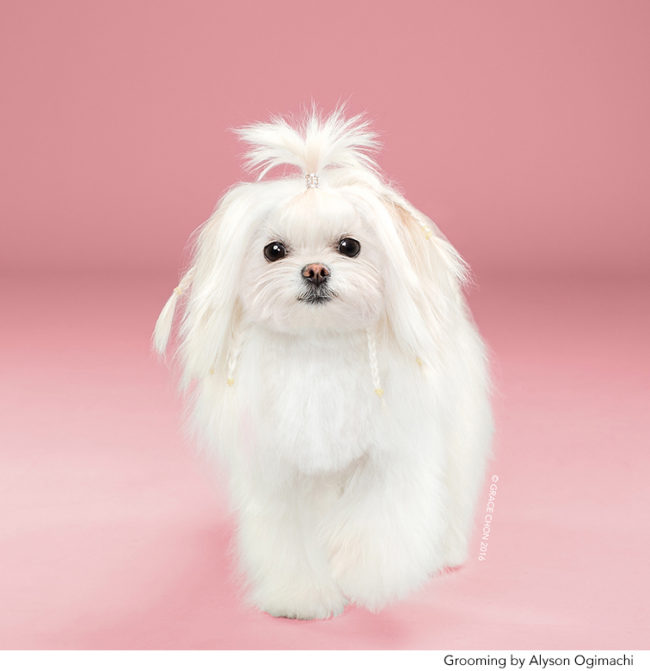 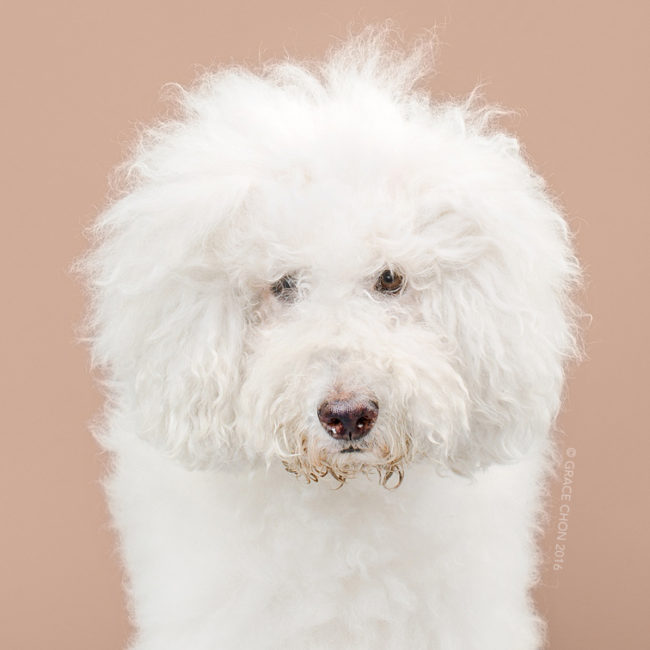 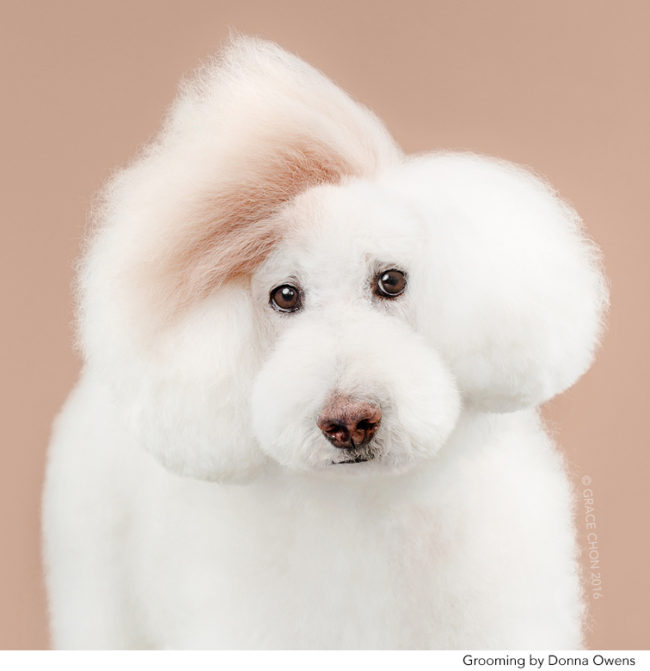 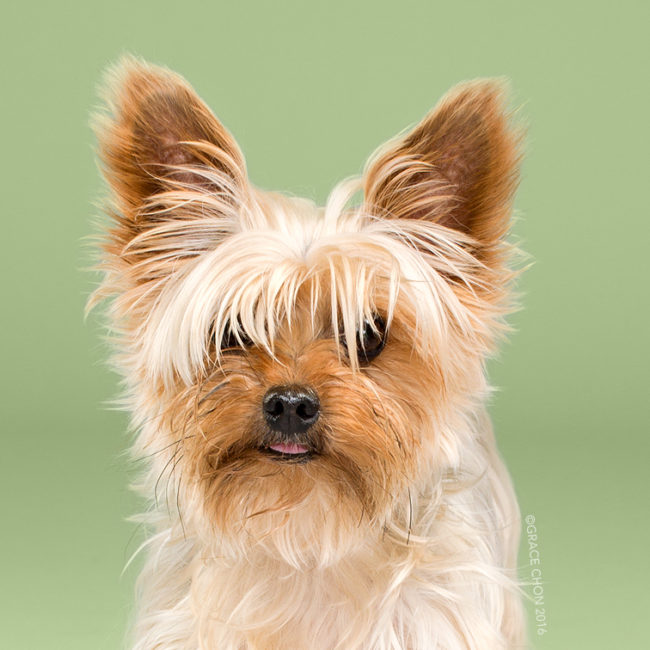 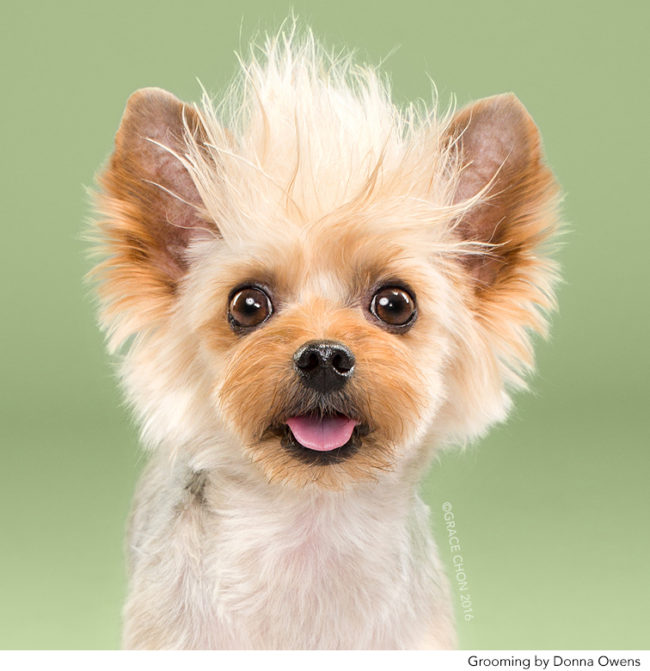 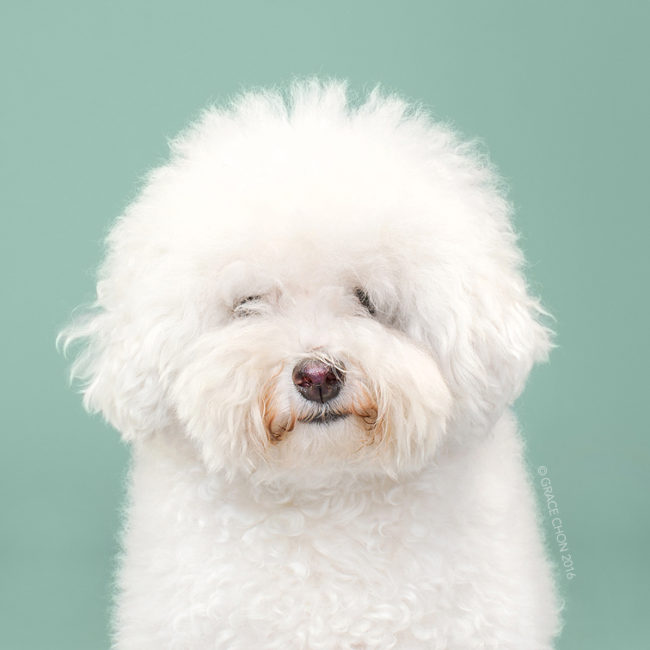 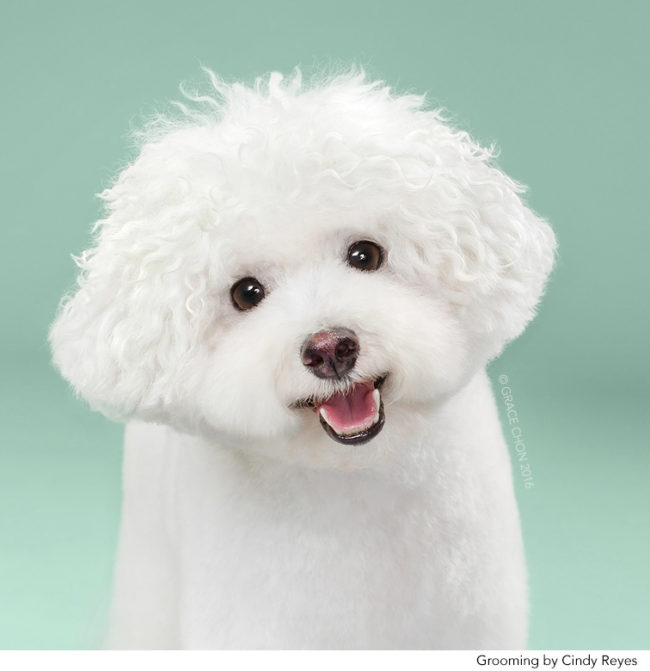 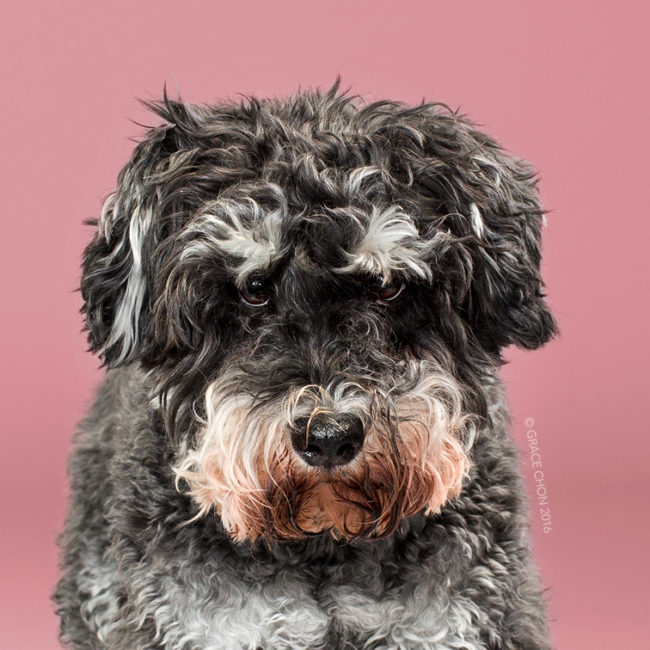 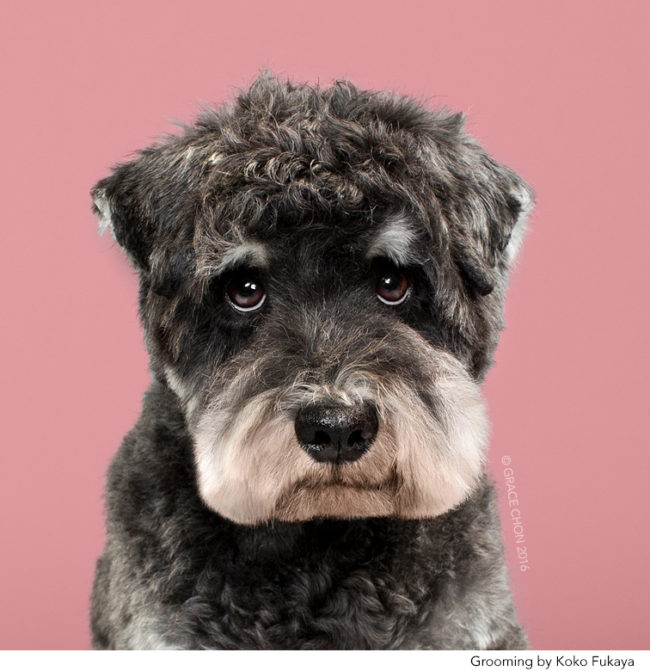 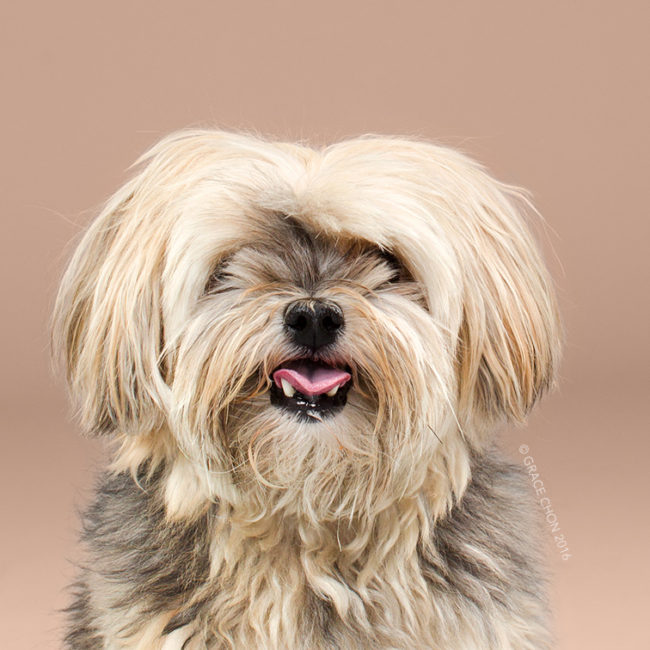 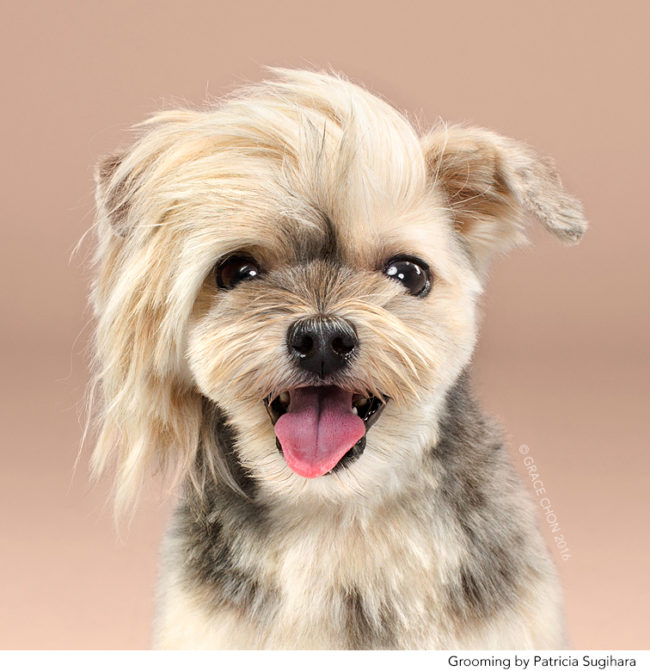 How long have you been shooting?
I’ve been photographing animals for 8 years.

Are you self-taught or photography school taught?
I’m self-taught but have a background as an ad agency art director. That training has informed my photography career so much, from the way I art direct my shoots to being on set with clients.

With this particular project, what was your inspiration to shoot it?
I think a lot of us have a fascination with before and after images because it’s always fun to see dramatic transformations. I had the idea of doing a before and after series with dog grooming because there’s something about it that’s so funny to me. Sometimes the dog looks so different and you wonder if it’s the same dog in both images. I wanted to capture that idea in the series, and have the after photos be really extreme by showing Japanese Dog Grooming cuts since they aren’t that common and the results are so striking.

How many years have you been shooting this project before you decided to present it?
I came up with the idea in January of 2016 and reached out to a friend of mine who owns a successful chain of pet stores called Healthy Spot, which also offers incredible dog grooming. We got the wheels in motion almost immediately and shot the series in May of 2016, and I started to share the series online by July 2016.

How long do you spend on a personal project before deciding if it is working?
This series was all shot and executed in 1 day, and I think I knew pretty immediately that the idea was going to work. Literally just seeing the dogs walk on set before and after their grooming was jaw dropping –both really amazing and funny at the same time.

Since shooting for your portfolio is different from personal work, how do you feel when the work is different?
I don’t think this series is too different from my portfolio work. I am known for very strong, character driven animal portraits and this is definitely an extension of that. But what I loved about this series was the creative collaboration with a team of incredibly talented dog groomers. And because we didn’t have a client dictating what they wanted, we were able to do whatever we wanted. Having total creative freedom is always the best!

If so, has the work ever gone viral and possibly with great press?
The series went viral not too long after I started sharing the images online, with mentions on sites like The Huffington Post, Buzzfeed, The Daily Mail, Yahoo, Refinery29, Costmopolitan, INSIDER, and more. The photos were also published internationally as well.

Have you printed your personal projects for your marketing to reach potential clients?
I have in the past with my “Zoey and Jasper” photo series and I definitely will sometime in the near future with this one.

Grace Chon is a commercial photographer specializing in animals, lifestyle images, and celebrities with their pets.
When she’s not writing about herself in the third person, Grace likes to go hiking with her dogs, meditate, and grow organic heirloom tomatoes. She makes a mean guacamole (want to challenge her to a guac-off?) and really hates Comic Sans.
In her spare time, Grace photographs homeless dogs looking for their forever homes and donates her photography services every year to multiple dog rescue groups in Los Angeles. She lives in LA with her husband, son, and their beloved rescue dogs, Maeby and Zoey.