This Week In Photography Books: A-B-Cheeeese!

Believe it or not, in the last four days, three different people lectured me about the relationship between the amygdala and the hippocampus, two powerful, oppositional parts of the brain.

(And yes, that is definitely the longest opening sentence in this column’s history.)

Under pressure, the primal amygdala, of fight or flight fame, supersedes the hippocampus, which controls higher functioning.
(Essentially, when we’re triggered, we can’t think straight.) Our body chemistry, which often speaks to us in the form of emotion, runs the show when we’re stressed out.

It’s fact, and new studies demonstrate that our brains actually rewire, based upon repeated stimulus. If you’re bugging out all the time, that becomes your brain’s default hardware.

For months, you’ve read along as my teaching situation, in which I was repeatedly doused with cortisol, bled into other parts of my life. It’s hard not to be grumpy and short-tempered, or at the least allow some of life’s joys to pass you by.

So many of us work a lot, or stay connected throughout the day/month/year.

Do you sometimes wonder if you’re not having enough fun? Or appreciating your children properly?

So many of us are photographers, but how much time are you putting into aping your kid’s joy, getting down on the ground to make memories, rather than just pressing the virtual shutter on your Iphone?

I’m thinking here of the new photo/children’s book, “A-B-Cheeeese!”, recently published by Paul Schiek at TBW Books in Oakland. It’s pretty random, relative to what we normally review here, but also a bit of HGH to beef-up our fun-deprived muscles. (Especially in yet-another tragic week.)

I’ve reviewed a couple of TBW offerings in the past, and interviewed Paul last year as well. Though we’d never met, when I got to Oaktown last month, he picked me up at the airport so we could grab some In’n’Out burger, and watch the Golden State Warriors on TV at his place.

We’re two odd ducks, as artists, in that we’re both huge sports fans. He was immersed in it, growing up in Wisconsin, as was I in New Jersey, so the idea of catching a game, in the Warriors hometown, was too good to pass up.

He pulled up to the airport in a blue truck, and I immediately went to the back door to throw my bag inside. Mid-toss, I realized there was a little human being blocking my flight path. It was a pretty, 2 year-old-girl with big brown eyes and whimsical curls, and I was lucky not to crush her with my travel bag.

And that was my name for the rest of the day. “THAT” guy. Young Rosary warmed to me eventually, and we had some fun for a few minutes.

But then the game turned, and before we knew it, the Warriors were down 40 points. They were getting destroyed. Embarrassed even.

In case you don’t know, this season, the Warriors broke the NBA all-time record for most wins in a season, with 73. They’re accustomed to having their way with the opposition, not being annihilated on national television.

So by the time I left, there was bad-sports-juju in the air, and I forgot my copy of the book, along with a strap from the aforementioned luggage. Paul kindly sent both to me, back in New Mexico, because I really wanted to show this book to you.

It was made in honor of little Rosary, so it says, and she’s also listed in the back, as a Creative Consultant. (It makes me wonder if there aren’t some child labor laws being broken here.)

But what exactly is “A-B-Cheeeese!”?

It’s a play on the classic children’s book conceit of having one letter of the alphabet be represented by a word, image or phrase.

I still remember the Dr. Seuss version I read to my son when he was an infant. Big A, little a. What begins with A? Aunt Annie’s alligator, A A A.

Big B, little b. What begins with B? Barber, baby, bubbles and a bumblebee.

Here, each letter is paired with a word, and a historical, vernacular image that Paul purchased on Ebay.

A is for automobile, B is for bath time, C is for curious. F is for fish, and H is for Hello.

The pictures have been scanned, and are presented in the middle of a blank white page. But the text page color varies, blue for black and white, pink for color.

Some of these picture grab me more than others, but they all make me sad, on some level. Because a few of these kids are probably dead by now, or at least very old themselves. These anonymous stories are someone’s memories, and out of context, our vulnerability to time still shines through.

But it’s also hopeful, as the book is literally made for one child, yet shared with many, which was the plot of some early Neal Stephenson novel, the name of which I’ve unfortunately forgotten. (Sorry Neal!)

As for favorites, I love fish, and laughing, and piñata and quack. I love reading and waving and xylophone.

But yellow is the best.

I bet if this kid had one do-over, that special 1970’s super-power, he’d make this picture disappear from reality in a poof.

Because he’s got the crazy-eyes.

These days, that picture would get posted on the dude’s Facebook page, and it would be there for every prospective employer to see. Forever.

Here, in the book, it’s being ogled by strangers, and I’m sure the guy will never know.

I like that this photobook is a children’s book, a gift for a daughter, and a new piece of history to age, with its already- old, forgotten histories inside.

This was a big week, let’s be honest. A horrible thing happened in Orlando, and for once, I didn’t devote an entire column to the Terrible Tragedy of the Day. Not to belittle such things, but it’s genuinely awful that these events happen around the world with such tragic frequency these days.

In light of all that suffering, a cute/cool little book with a premise built on love seemed the right choice for today. 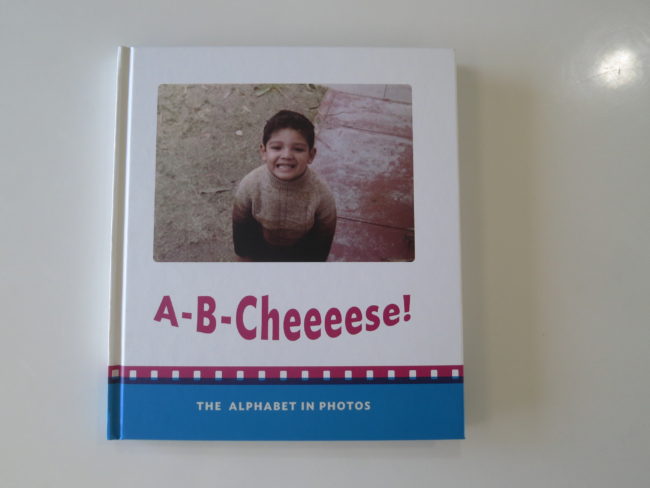 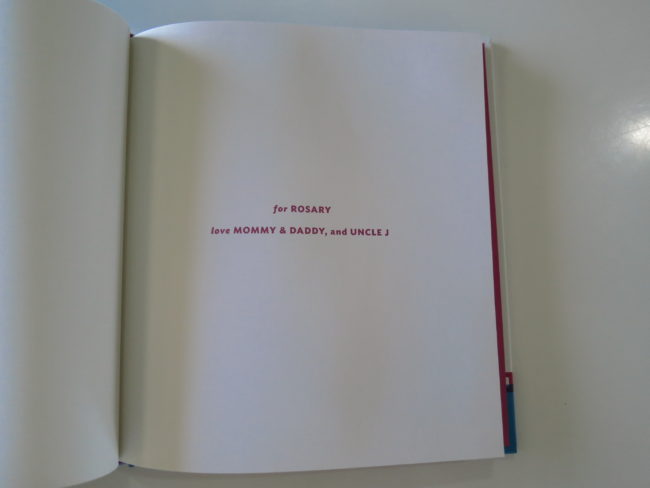 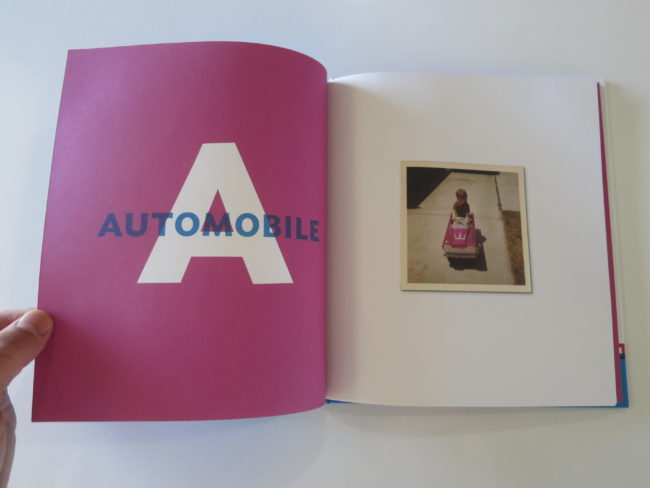 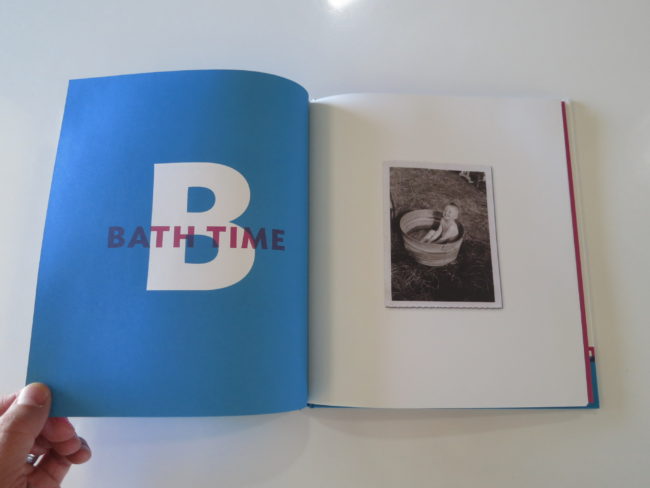 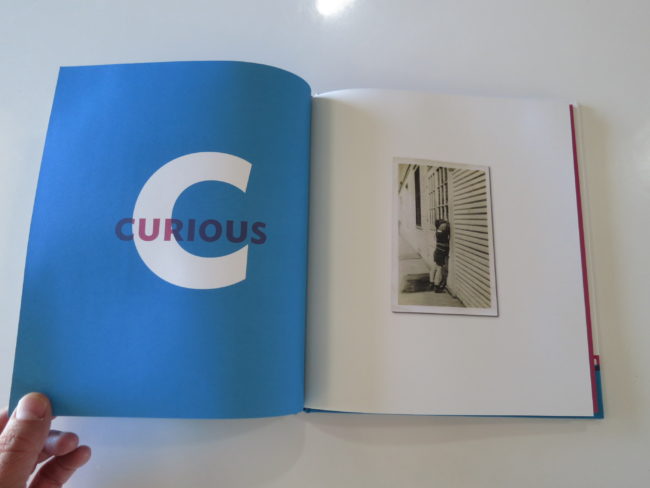 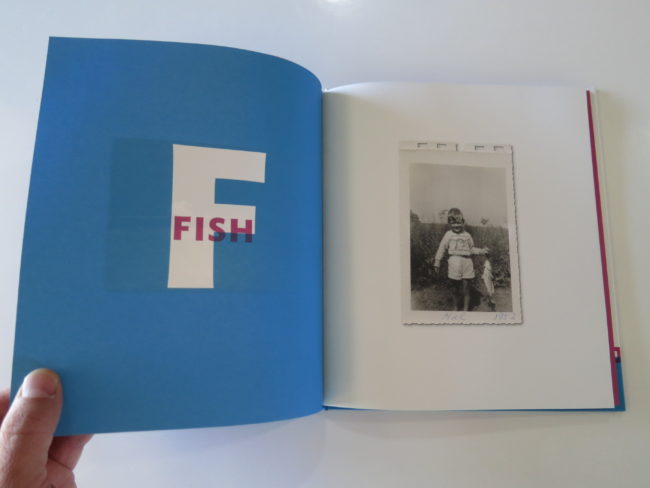 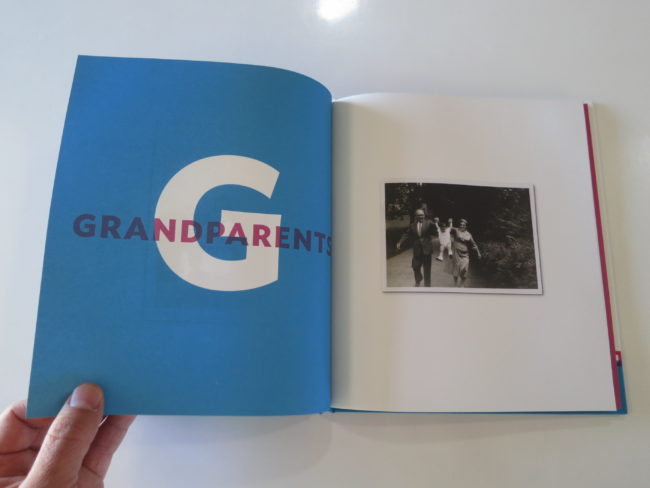 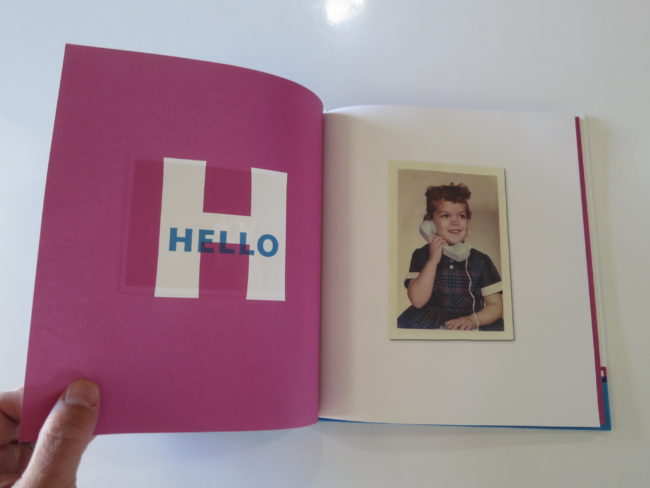 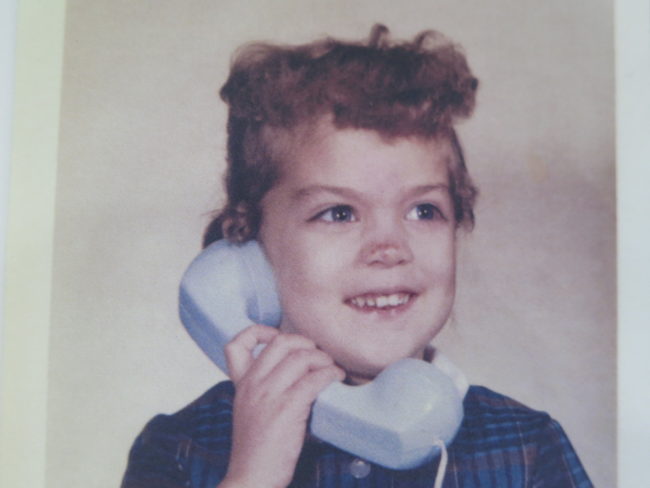 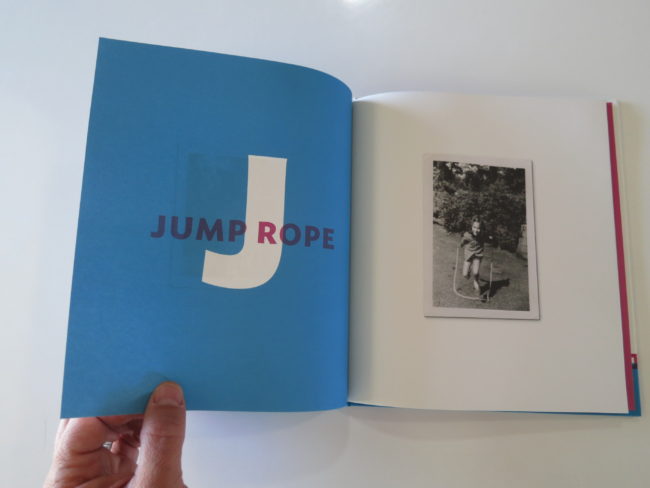 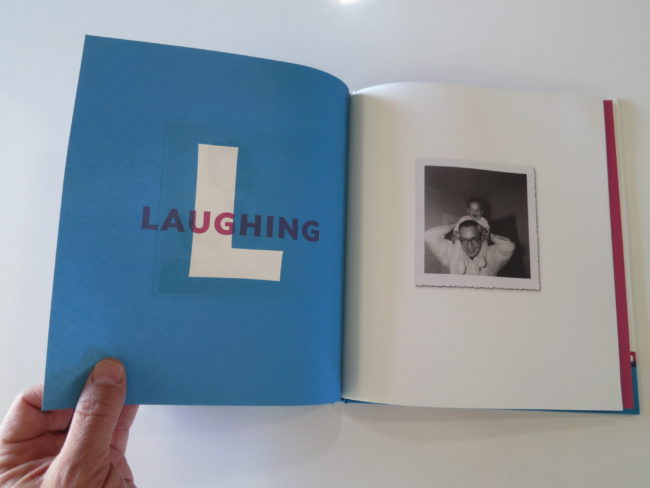 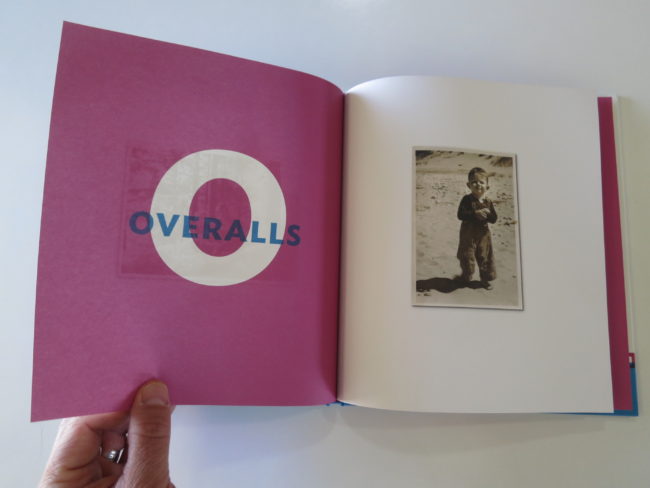 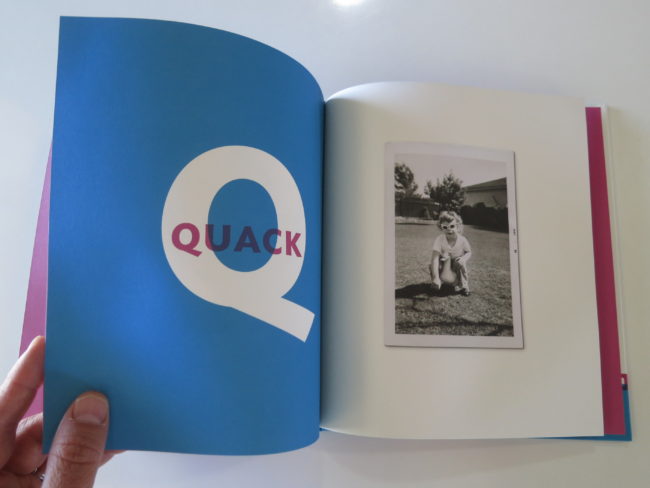 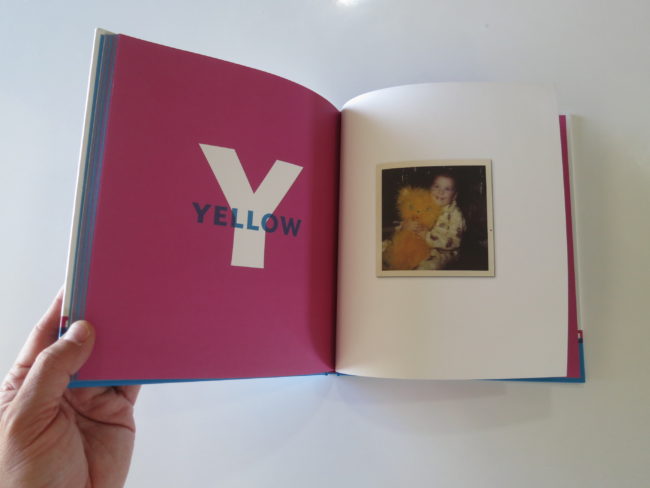 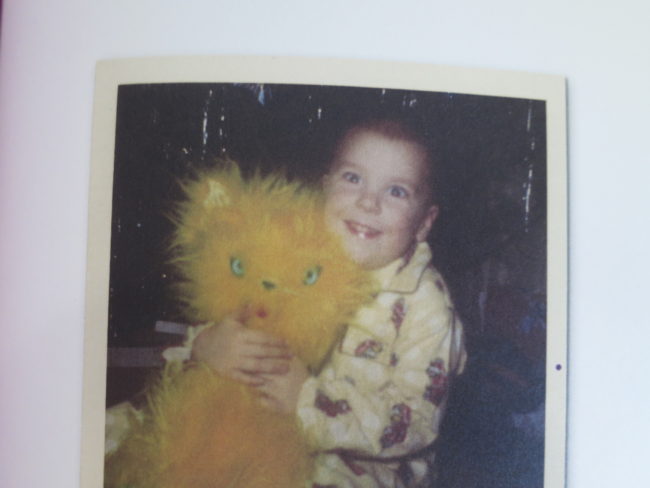 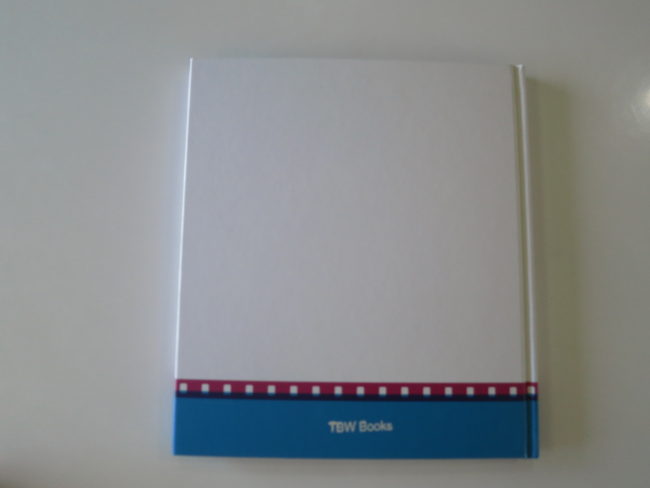 The Art of the Personal Project: Doug Levy