Impressions From The Bay Area 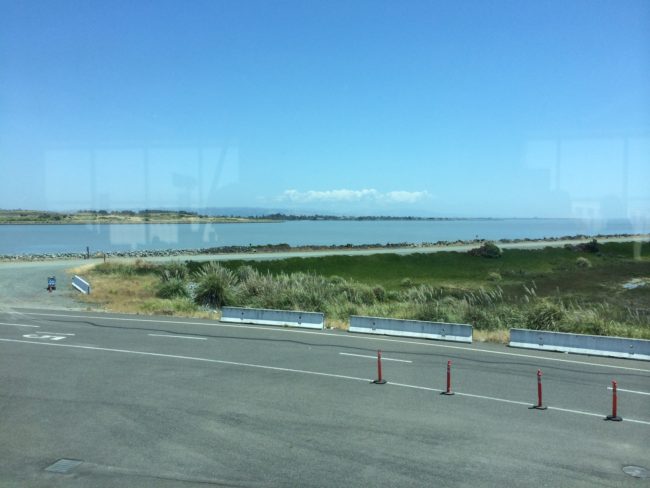 I’m sitting in a black vinyl seat in the Oakland Airport, staring out at the San Francisco Bay. Puffy white cumulus clouds hang in the air, like loiterers in the pale blue sky. All around me, people stare at screens, or shove their faces with over-priced food.

The last time I was here, they sold hand-made sweet potato pies at a stand run by Black Muslim gangsters, and you had to take a grungy shuttle bus to get to the BART station at Oakland Colosseum.

Now, there are expensive wine bars, trendy sunglass stores, endless Warriors T-shirt shops, and a gleaming new, space-age, elevated monorail to get you to the train.

If you hadn’t heard, the Bay Area is booming these days. It’s the Gold Rush all over again, only this time they’re mining data, and selling your personal information instead of picks and shovels.

It’s Thursday afternoon, and this column is due tonight. (Hence my last-minute airport musings.) But while I normally wait a while to download my details for your amusement, this time, I thought I’d try something different, and share stories while they’re fresh.

It’s hard to concentrate, I admit, as directly to my right, a grouchy-looking, middle-aged woman stabs some grilled-chicken salad out of a tupperware, while playing “Words with Friends” on her Ipad. (But I’ll do my best, because that’s how I roll.)

We last gave you a scoop on the San Francisco scene back in 2012, when the city was just emerging from the Great Recession. Now it’s 2016, and this place is in the news constantly, as there is more money flowing into the metropolitan area than I can rationally comprehend. News stories are rampant about “regular” people getting displaced, smash and grab burglaries being de rigeur, and shiny new buildings popping up like my back-yard gophers checking whether the coast is clear.

I was invited out to SF by the Academy of Art University to review portfolios on Monday, so I did my duty for a day, and was then free to pack my brain with art, and my stomach with food.

As for the art, I have to say, all the resources here seem to have elevated this place to the “World Class Level.” SFMOMA just underwent a huge and expensive renovation, in which they grafted an entire new structure onto the host, and the sleek white halls shine like my daughter’s rosy cheeks.

The museum is pretty fantastic, but suffers a bit from the obvious temptation to put lots of big pictures on the big walls. Because big pictures represent big ambition. Right? (Think ginormous early-century Gursky and Struth, which were exhibited alongside a magnificent room of Becher grids.)

I visited Pier 24 again, the amazing, free museum/gallery/exhibition space that juts into the Bay, and saw some genuinely brilliant photography there. (I promise a specific article on that show, because it really was worth it.)

Bruce Davidson at the deYoung Museum, Ken Josephson at Robert Koch, Christian Marclay at Fraenkel, Ai Weiwei at Haines. Heavy hitters all. (And men, if you haven’t noticed. Though Pier 24 did have 2 galleries dedicated to feminist art from the 70’s.)

Just this morning, I saw 6 Google buses and a $150,000 Mercedes driving through the Mission District, which was incongruous with the city I once knew. The homelessness issue is heartbreaking and tragic, as vulnerable, mentally ill people are sleeping on the streets EVERYWHERE.

I had drinks at a photo-world Ladies night on Tuesday, while the Warriors were getting dismantled by the Thunder, and someone compared modern-day-SF to Calcutta. Last night, I saw a similar comment on Twitter as well.

Though I haven’t been to India, I get the point, as the wealth disparity here has reached 3rd World Proportions. Just yesterday, when I got off BART at Civic Center, the entire station smelled so pungently of piss that I had to cover my nostrils with my hand.

Welcome to San Francisco in the 21st Century.

If you can’t tell, I’m genuinely conflicted about my time here. I enjoyed myself immensely, living like a glutton, and then walking it all off. (20 miles in 4 days. Not bad.)

There is still diversity everywhere, thankfully, but it seems as if San Francisco’s famous liberalism won’t be able to hold out for another decade of rampant growth. This amazing city is on the Manhattan trajectory, and I only hope something short of another economic crash is able to arrest the situation.

The photography community, and the institutions supporting it, are clearly thriving. (Though a handful of galleries were forced out of the famed 49 Geary St building, due to rising rents.) Guggenheim fellowships are being handed out like candy corn on Halloween, and there are tens of thousands of square feet of exhibition space where the best pictures can hang.

From what I gather, the local collector scene has also never been broader or deeper, with pockets as big as my current headache. (The lady next to me finished her salad, but just took out a bag of apple chunks. Each time she crunches, a small part of my soul descends to Hell.)

Anyway, I’ve got to board my plane in a few minutes, so I best wrap this up.

I don’t think I’ve witnessed a more fascinating photo scene in years. (Maybe ever.) My mega-Texas road trip this Spring was rad, sure, but I didn’t encounter much that really made me think.

This time, almost every conversation I had centered around photography, politics, social issues, and the seeming impossibility of curing some of the Great Ills of our Time. The photo people here are special: creative, liberal, nice, thoughtful, smart, and in many cases, funny.

I was constantly reminded how much I loved San Francisco when I lived here, back in my 20’s, which made its confusing present that much harder to process.

Case in point: back when I was a local, just off 24th St. in the Mission, my beautiful Edwardian building was populated with artists. Now my friends, (and former landlords,) told me everyone living there commutes to Palo Alto. 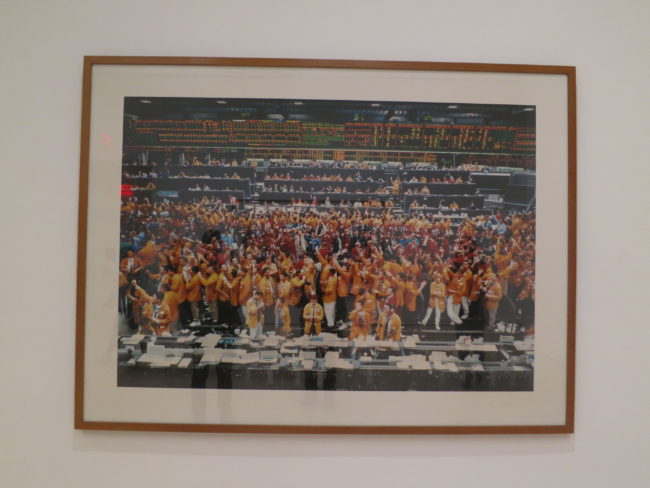 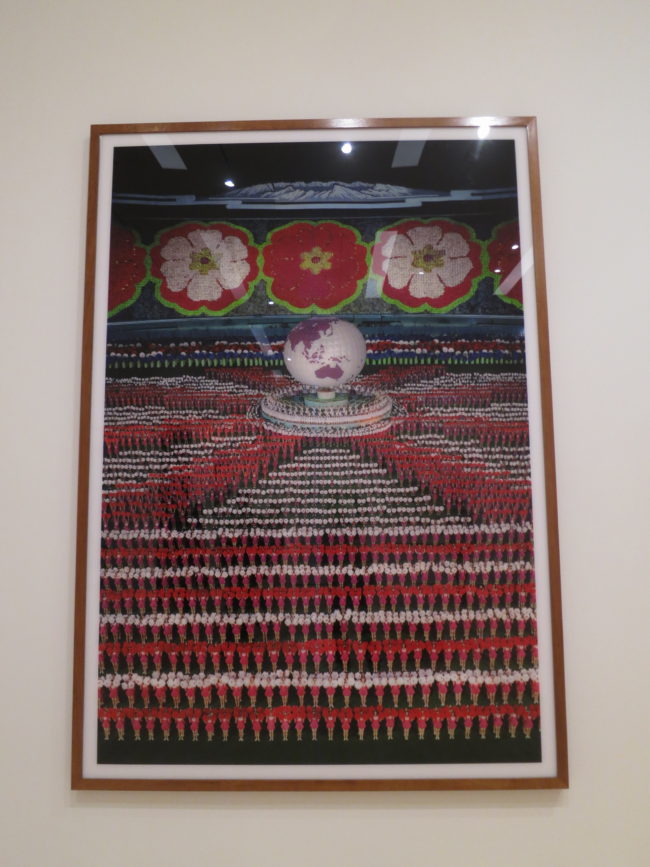 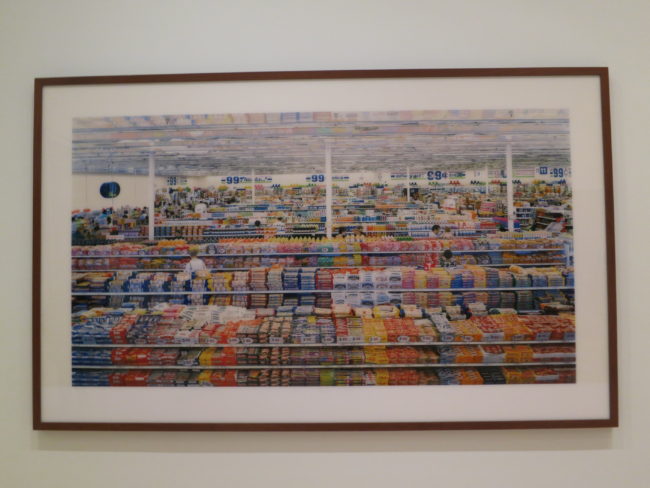 The Art of the Personal Project: Zave Smith