My cousin had a baby yesterday.

Or, I should say, his wife did. I think he was at the bar, drinking, through much of the affair. (At least, that’s what I saw on Facebook.)

Certain things make you feel old, and they’re never what you expect. Cousin Kenny becoming a father is definitely one of them. (Even though he just turned 40.)

Kenny is the funniest person I know, (or co-funniest, with his brother,) and he became a stand-up comic a few years back.
I can easily imagine him onstage, but it’s harder to visualize him changing his new daughter’s diaper.

Kenny has always been lazy. He was nicknamed “The Snail,” when we were kids, and it’s not because he resembles a slimy curlicue shell.

He’s the type of guy who likes to sit on the couch all day, watching football, eating 56 chicken wings, and mocking everyone around him. That’s his style. The selflessness required of all new parents will be a challenge for him.

I’m sure he’ll sort it out, and I’m sure it won’t be easy. Hell, his comedy act features some serious bouts of misogyny, so that will likely change as well. (Or at least morph into complaining about having to say poo poo and pee pee instead of shit and piss.)

The whole thing makes me feel old as hell. I can remember Kenny, standing on his driveway in East Brunswick, New Jersey, back in the day, wearing some tube socks pulled up to his scrotum. Or riding his bike, replete with ginormous handlebars, up and down the road.

We all did that, back in the 80’s. We rocked the short shorts, long socks, dorky bikes, and overall lack of imagination about what life might offer us. There was no Internet, of course, which made it really hard to guess the world was wide, beyond our suburban horizons.

I haven’t lived in Jersey in almost 25 years, and still, it all comes back to me. The smell of fresh cut grass, or pollution on the New Jersey Turnpike. The sound of skee-ball machines at the Point Pleasant boardwalk.

Hell, on Friday, while I was chatting with Kenny’s equally hilarious brother Jordan, we ended up slipping into a Staten Island accent to make each other laugh.

It was always easy to make fun of Staten Island. It’s mostly just a huge landfill, so they say. The Outerbridge Crossing, the highway that connects Staten Island to New Jersey, might as well be a one way street: all the Islanders were moving to Jersey in hordes, when I was in high school.

But I can see the whole scene, back in the 80’s, having just put down “Summer Days Staten Island,” a new book by Christine Osinski, recently published by Damiani.

Will I get death threats from angry goombahs, for derogating their homeland? I have no idea. But if I were there now, insulting the Island, you can bet I’d get some seriously dirty looks from the locals. (They’d be mad-dogging me all day long.)

There were a few mad-dog photos in this most excellent book. A handful of pictures in which you can easily imagine the subject saying, “What the fuck a youz lookin’ at? Youz got a fuckin’ prahb-lem? Yeah, I’m tawkin’ to you. Who the fuck do you think I’m tawkin’ to?”

Stop me. I could go on all day.

Honestly, though, this book brought me straight back to my childhood. I guessed the images were made in 1984, and the end interview confirms ’83-84.

The hiked up tube-socks are my favorite detail, sure, but that must be because I can relate. The rampant shirtlessness is also perfect. But there is more subtlety here, if you care to look for it.

Like the house with two curlicue hedges, abutting an empty field. Man-made nature/ raw nature, sure, but I also wondered how far into the marsh a landfill might be? (We never see those.)

There is a picture of some kids playing in front of a bombed out car, holding up a van that says crime scene, while an actual van sits in a driveway across the street. (You bet I’m taking that as a Scooby Doo reference. The 80’s had the sleuths it deserved.)

Big cars are everywhere. (Obligatory Iroc Z28 included.) Big mustaches too. And a blonde, teen-aged girl, staring daggers at the camera, cradling a brown paper bag like it was her first born.

How much you wanna bet there was a bottle of liquor in there? I’m so curious, but like all my other questions, I’ll never know.

The answers are gone, forever.

That’s why I love this type of flashback photography so much. It reminds us that even though the global photography community now numbers in billions, and so many images are thrown away every tenth of a second, sometimes, we really are stopping time.

Freezing light, outside of the space time continuum.

It means I can sit at my white kitchen table, on a gray Tuesday afternoon, and be catapulted back to the 80’s, a time many of us would just as soon forget. (Yes, I had a mullet and braces. Find the pictures. I dare you.)

Bottom Line: Amazing pictures from Sta-en EYE-land, back in the day 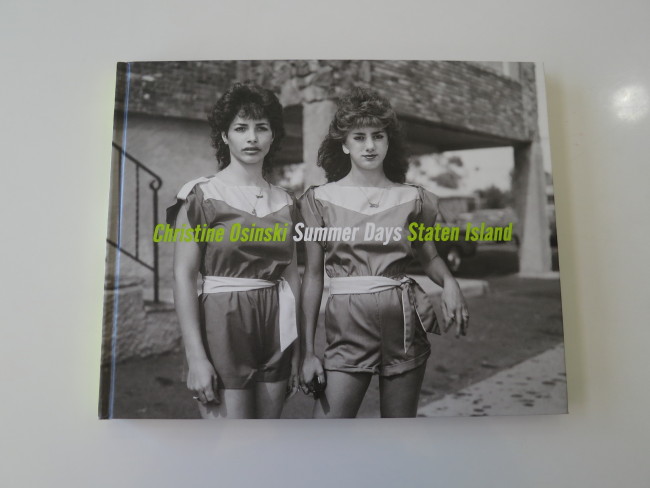 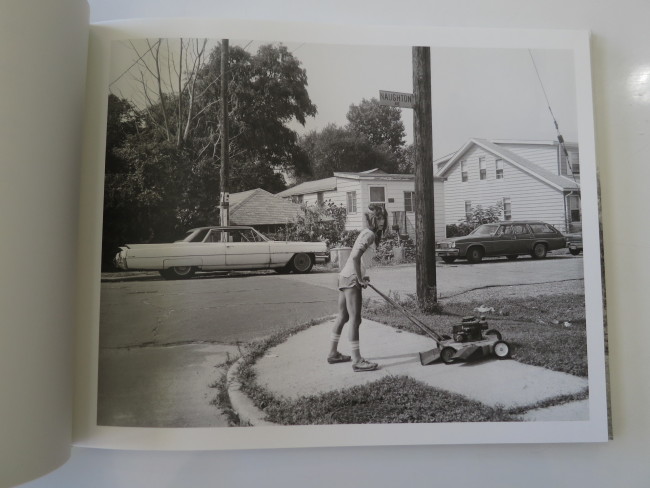 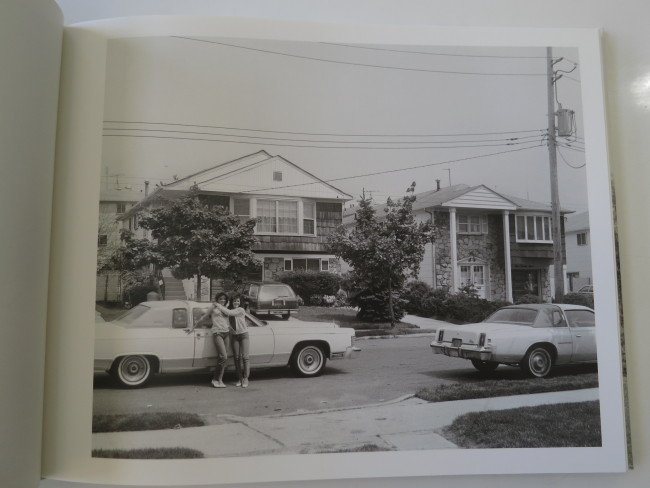 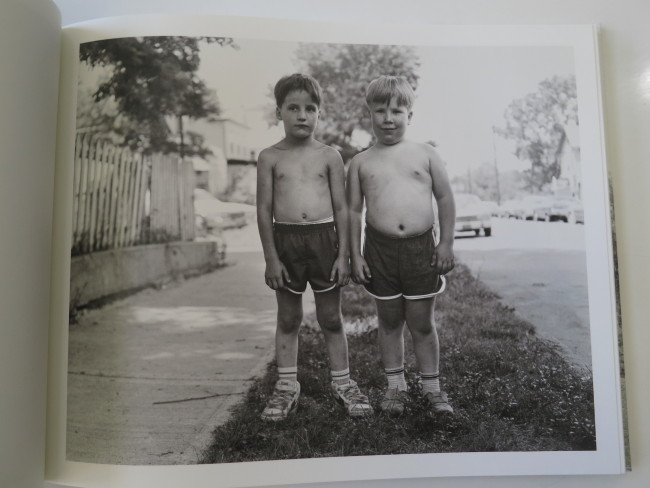 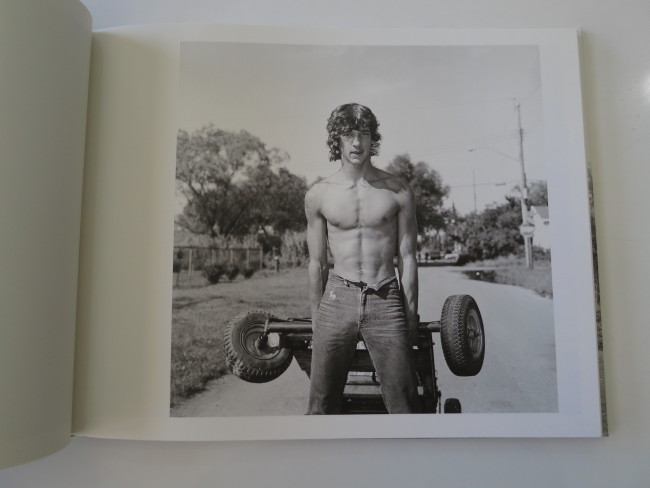 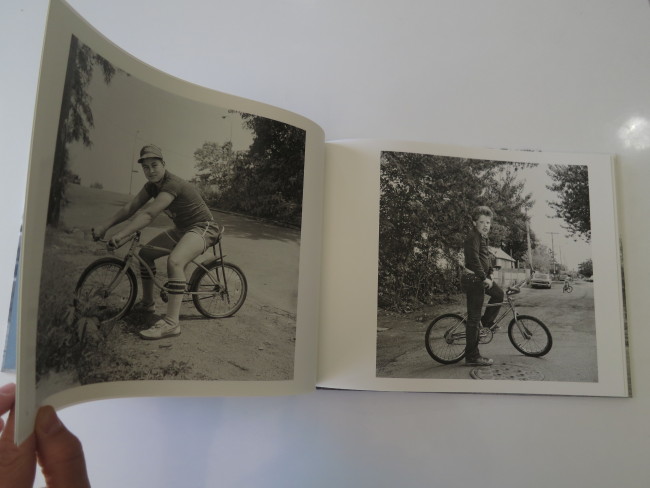 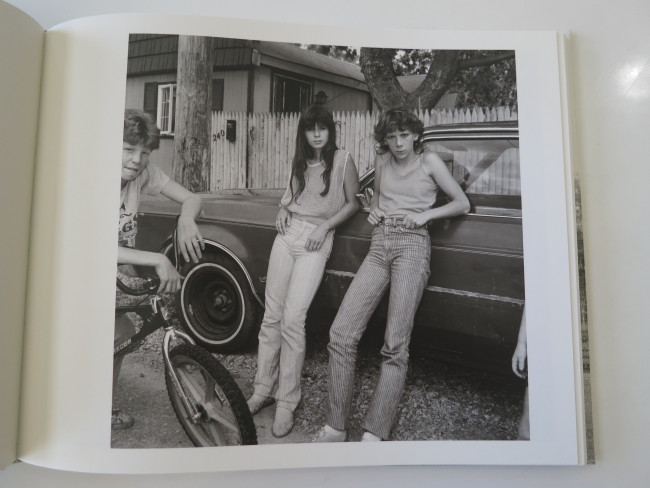 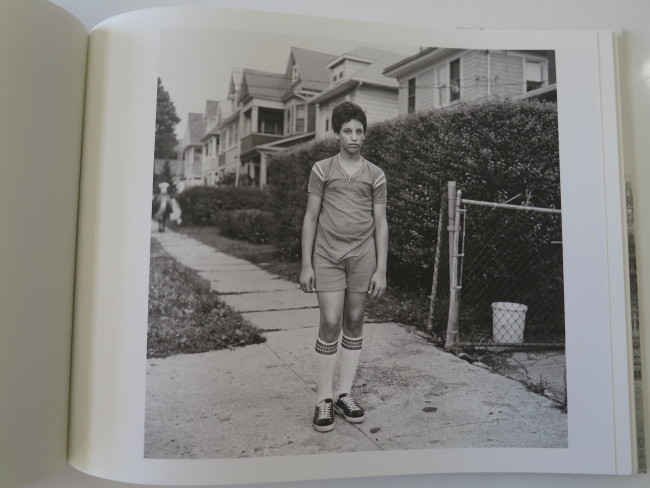 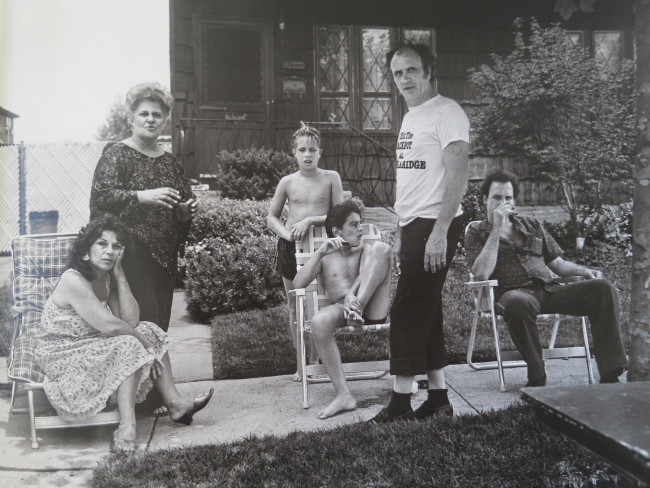 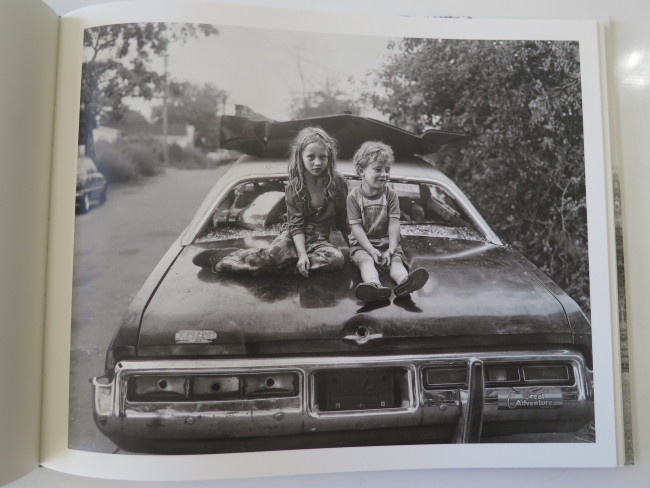 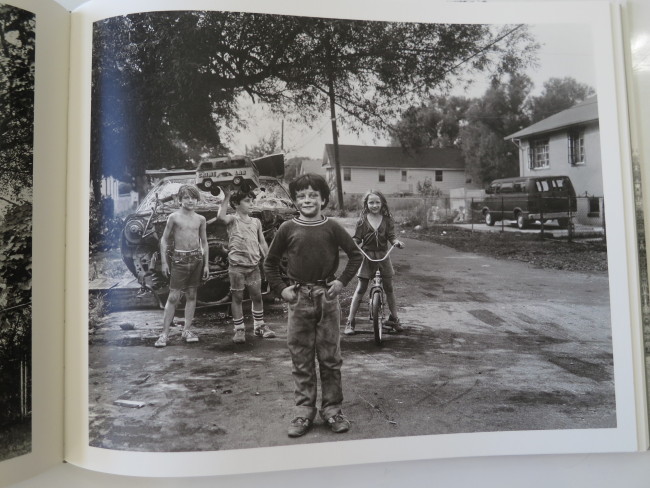 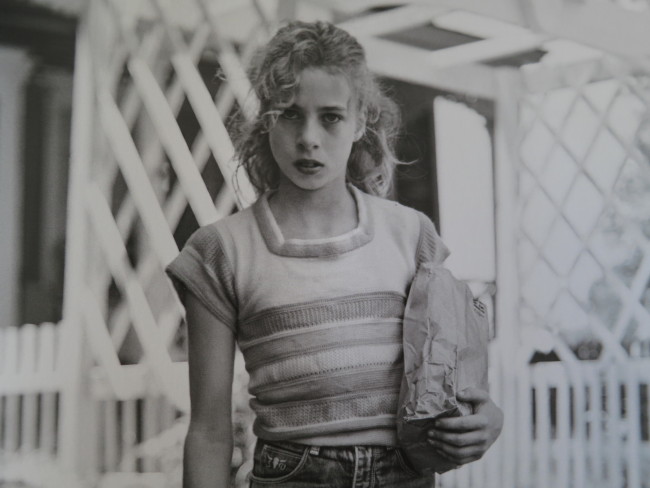 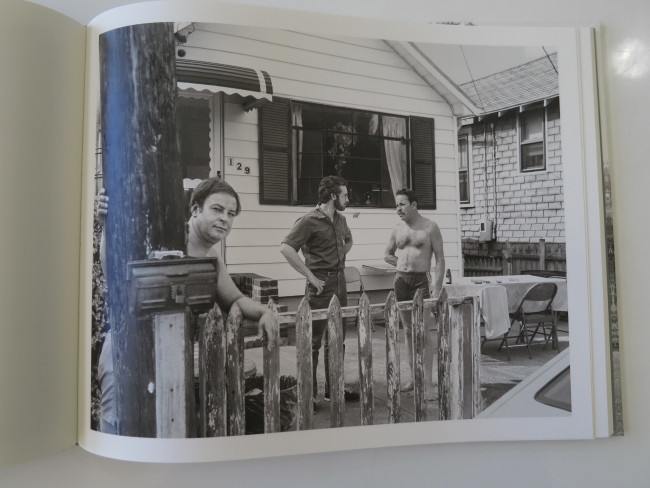 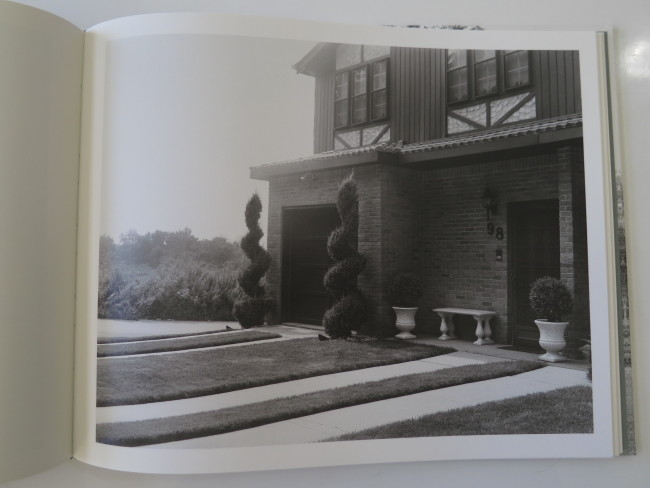 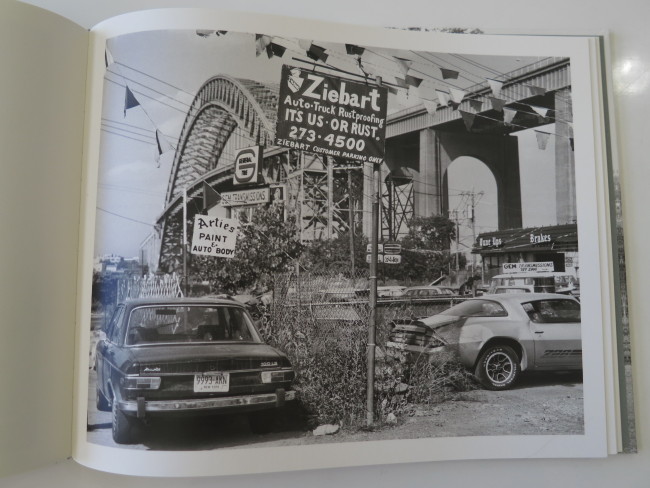 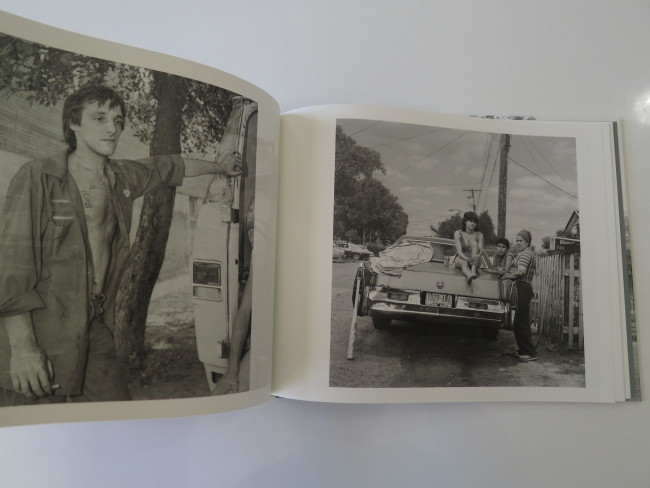 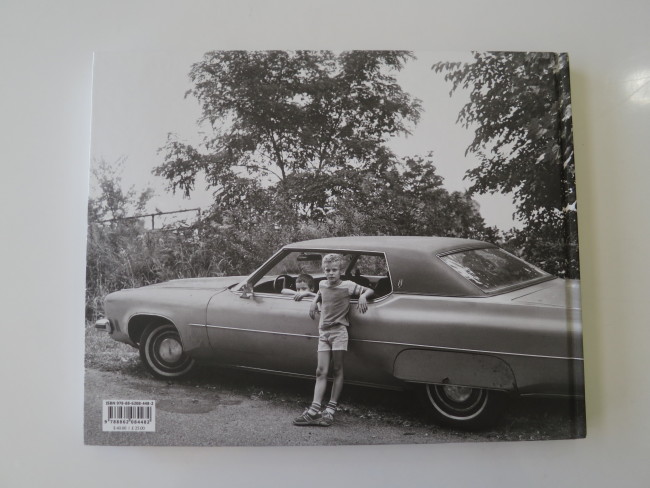 The Art of the Personal Project: Judd Lamphere