Hope you’re shaking off the New Year’s hangover, and the post-Holiday/vacation blues. (Must. Turn. Off. Television.)

Sorry to have missed you the last couple of Fridays, but as it was Christmas and New Years, the magnanimous Rob Haggart gave this weary columnist a couple of weeks off. (Thanks, Rob.)

Believe it or not, given how many of my late-2015 columns complained of burnout, I’m actually feeling rather chipper.

Because I just got back from a family vacation in Playa del Carmen, Mexico, where my parents spend the Winter. You might recall that last time I went to the beach there, my wife and I almost drowned when the tide swept us out to sea.

(We made it, obviously.)

This trip was blissful. Exactly what anyone might ask of a Holiday. Great weather, food, drink and family togetherness. My kids jumped little waves in the Caribbean sea, and ate juicy pineapple chunks to quench their thirst.

It was such a “moment in time” that my Dad sobbed heavily as he dropped us off at the Cancun airport. (Dad, hope you’re not embarrassed by that tidbit.)

It was a rare spectacle, to see my father cry, but the message was clear: there can only be so many interludes in one’s life when all goes according to plan. When the love flows, the sun shines, the limes are fragrant, and all is right with the world.

As he is getting older now, the subtext was unmistakable.

You, our weekly readers, know well my penchant for philosophical digressions. I’ve never met one I didn’t like. So this one shouldn’t surprise you.

We are in 2016 now. Well into our futuristic 21st Century. With all our technology and know-how, still, across the planet, people suffer. War, famine, drought, these never seem to disappear.

When you’re healthy, and among your loved ones, it really is important to do your best to stay present. To savor your good fortune, even if you don’t feel like ruminating on the suffering of others.

Because you never know what tomorrow will bring.

I say this having just put down “hide,” a new-ish book by Jason Vaughn, published by Trema Förlag, and I’m guessing you’ll be in a similar mood, once we’re done here.

Apparently, Jason began a project a few years ago, looking at deer hunting stands in his home state of Wisconsin. He was interested in the tradition of hunting culture, and the way these structures are meant to be passed down from one generation to the next.

Suddenly, he found himself diagnosed with leukemia, at 32, with a 3 month old son at home. (And the project was put on pause.)

I learned this from the simple, clean text at the front of the book. While I often want to sort things out for myself, in this case, the context was spot on. It set the mood, and gave access to crucial elements in the artist’s life.

It also enhanced the gloom to come, with so much dreary winter light, and ramshackle shacks, page after page. There was also a shade of irony, as the structures are meant to last for generations, but they look so ridiculously rickety.

Normally, I’d get bored of a typology book that didn’t break stride, but the initial backstory left me stewing in pathos. Fathers, sons, daughters, and crying on the baking airport asphalt, because we all know our time is so limited.

I’m guessing Jason Vaughn is in remission, or he would have stated otherwise. (And likely wouldn’t have re-started the project.) I certainly hope he’s OK.

As to his book, I do think these pictures are strong, and the emanating vibe is striking. Especially as I get to show you the two images in which a deer stand sports a satellite dish.

It’s a good reminder that even as we cling to the past, and savor the present, the future is always up ahead. 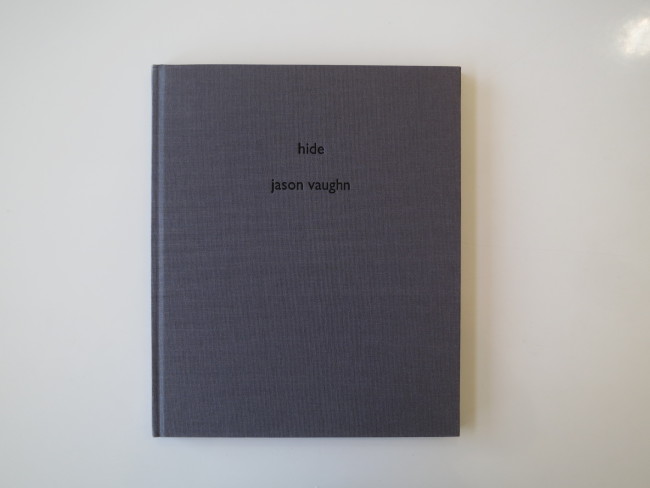 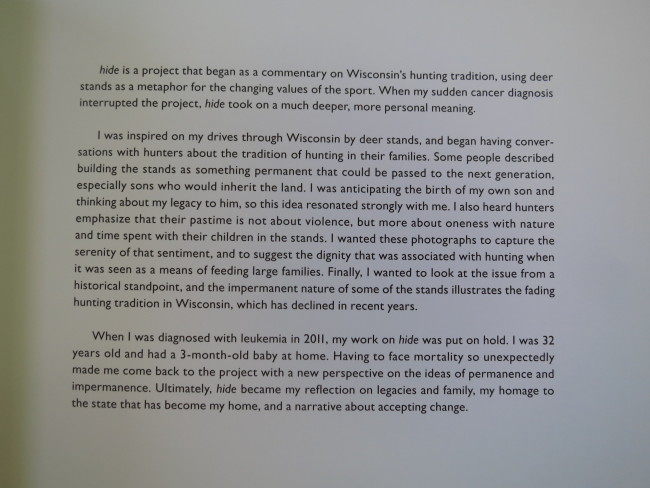 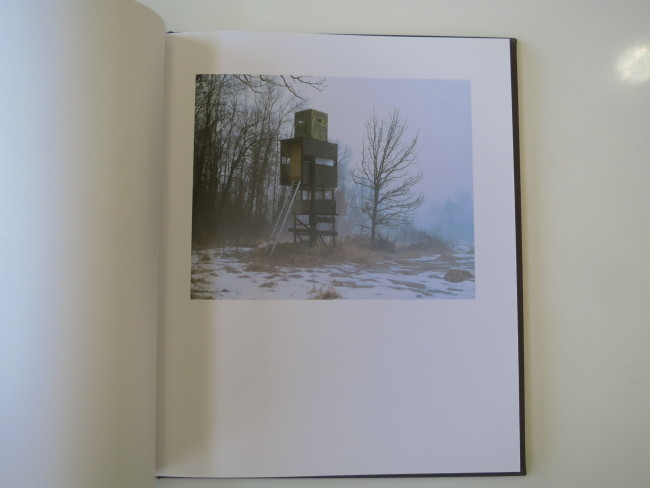 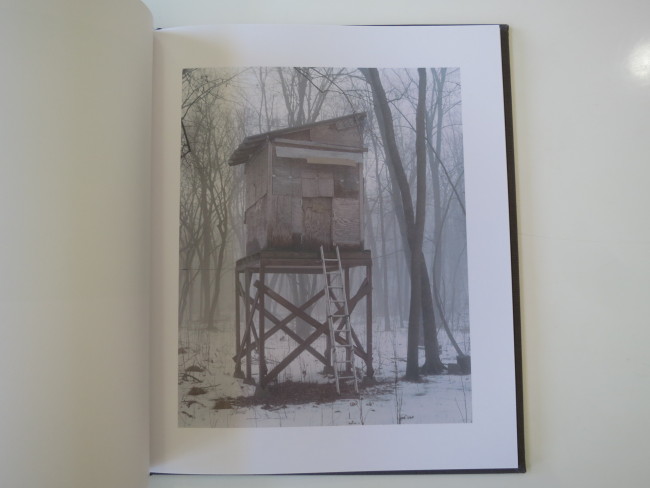 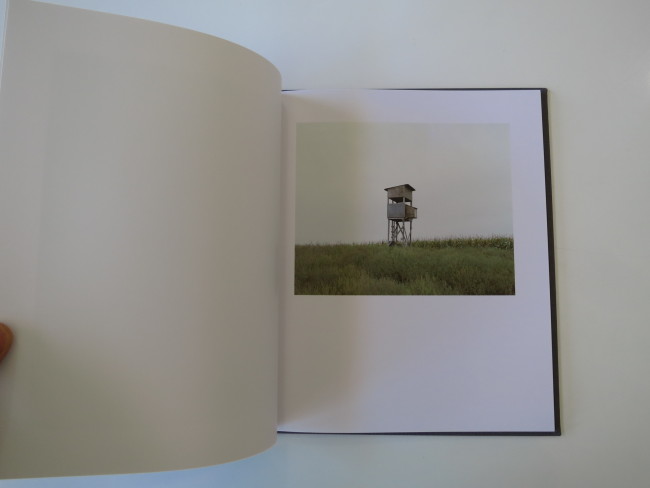 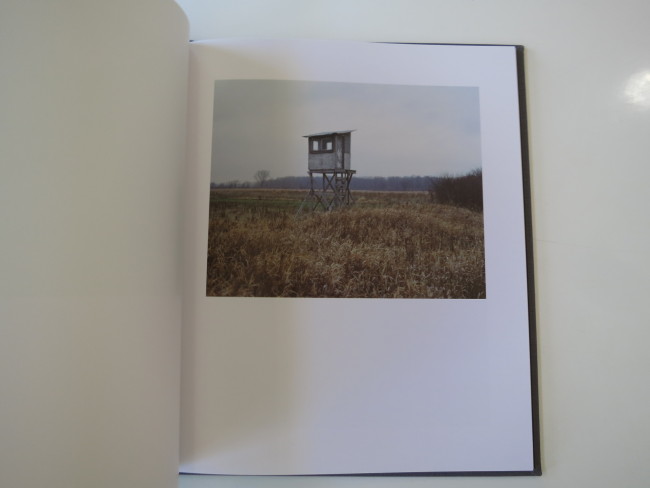 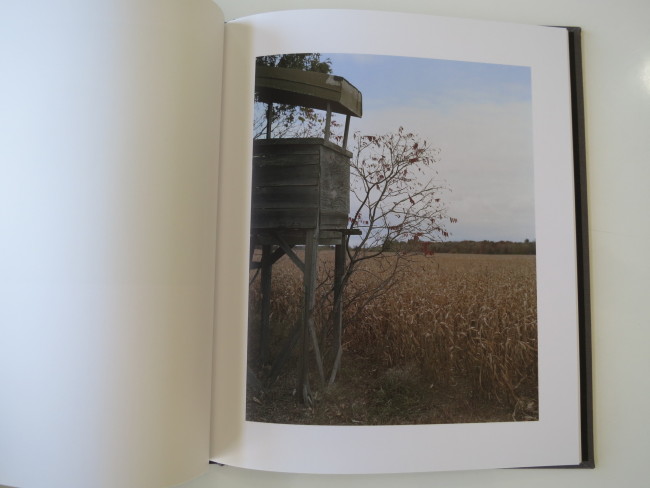 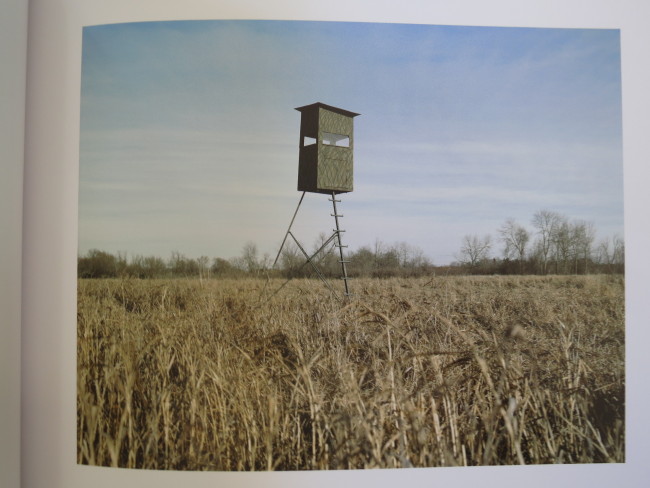 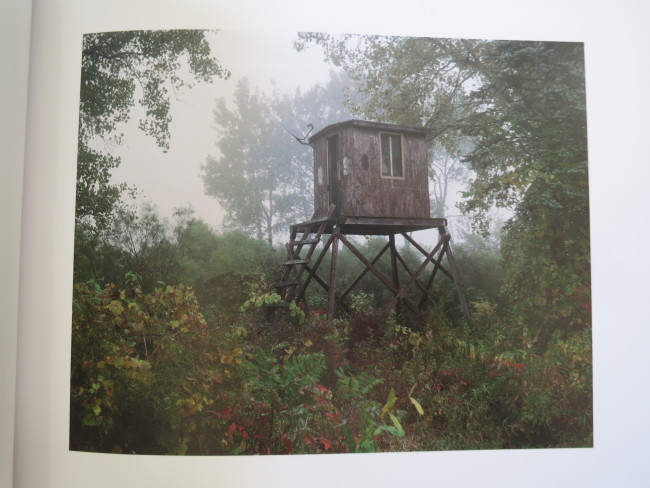 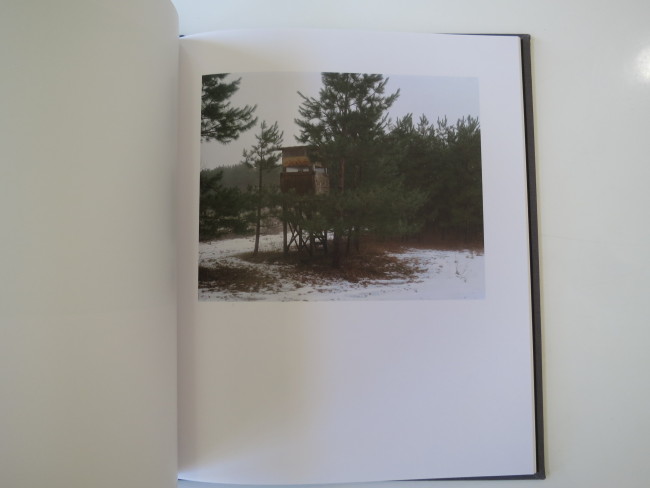 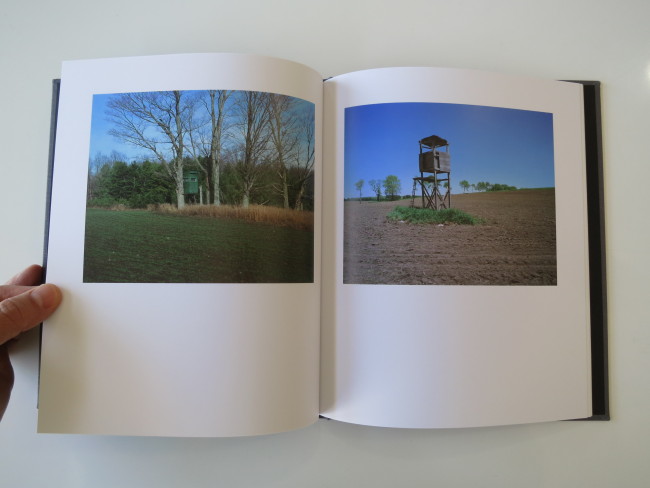 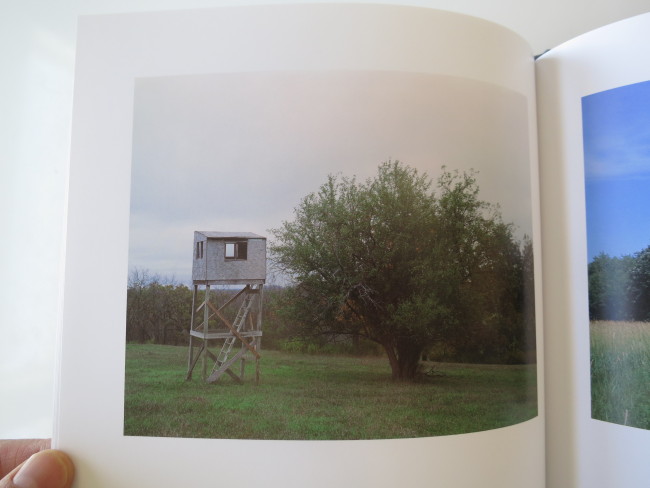 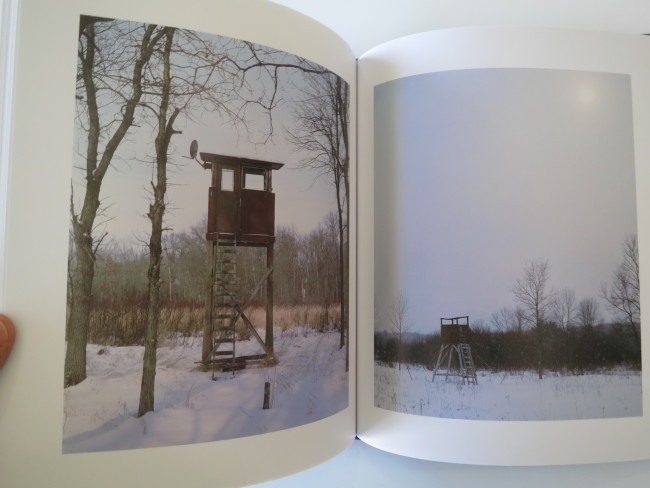 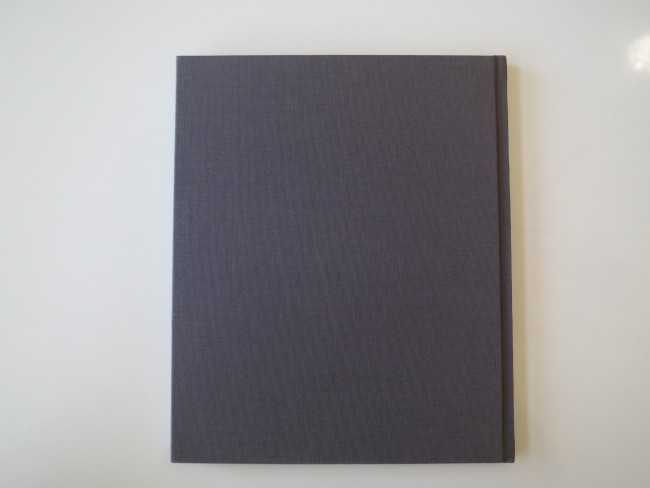