The Art of the Personal Project: Darren Carroll

As a former Art Producer, I have always been drawn to personal projects. A personal project is the sole vision of the photographer and not an extension of an art director/photo editor or graphic designer. This column features the personal projects of photographers who use the database for their marketing with Yodelist. You can read their blog at http://yodelist.wordpress.com. 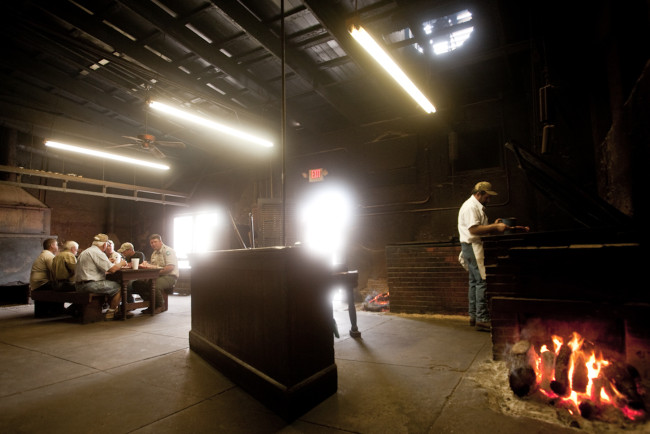 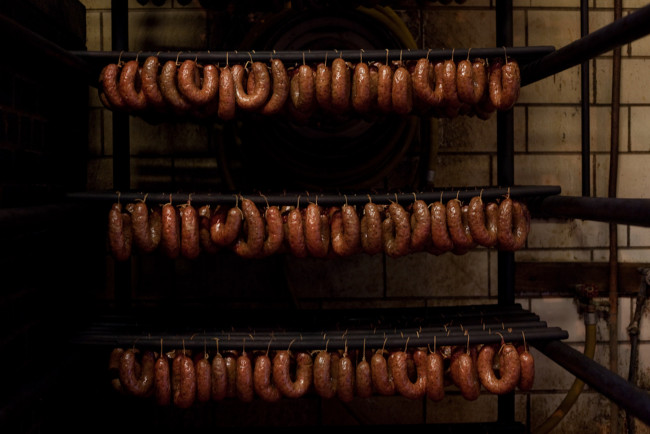 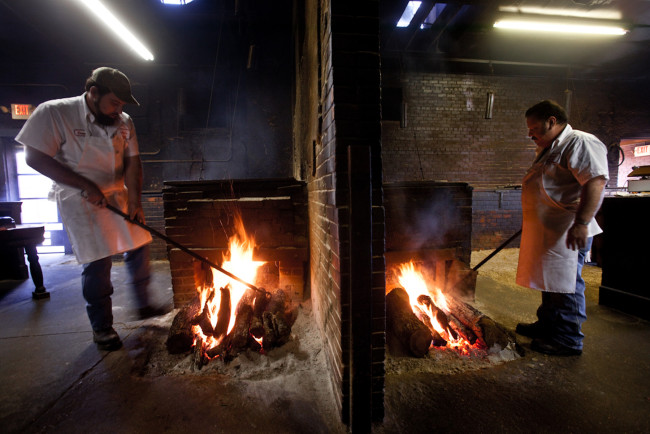 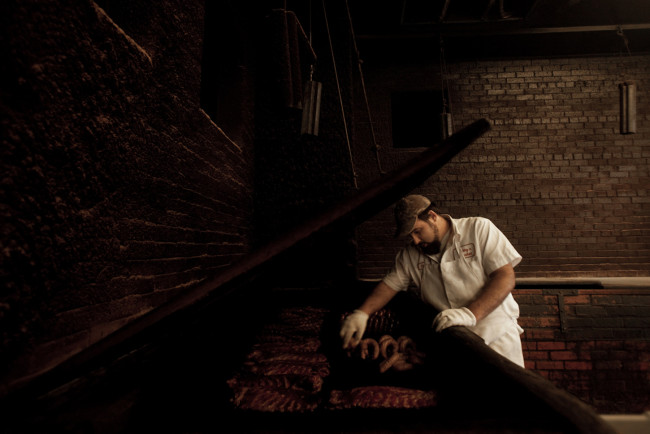 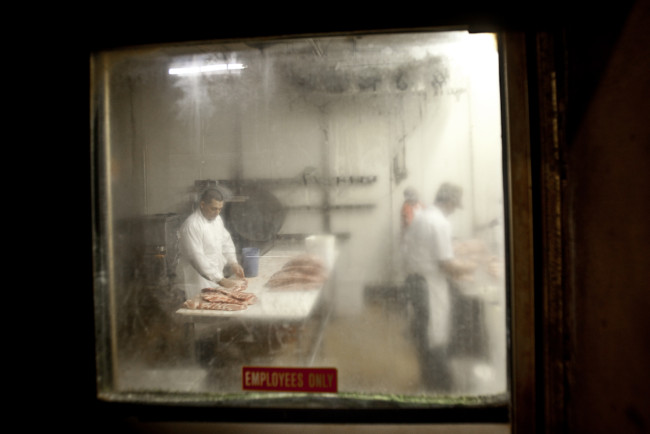 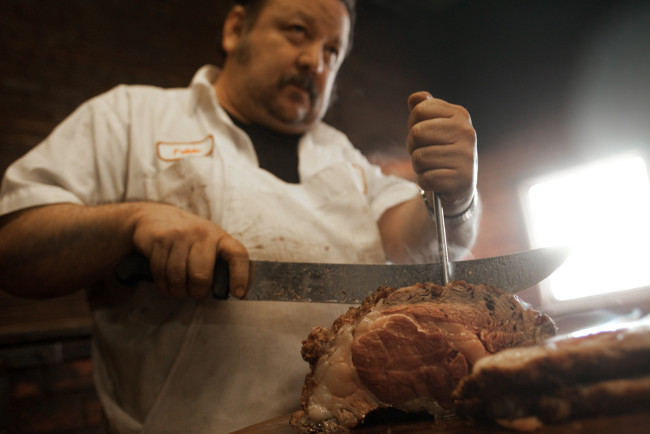 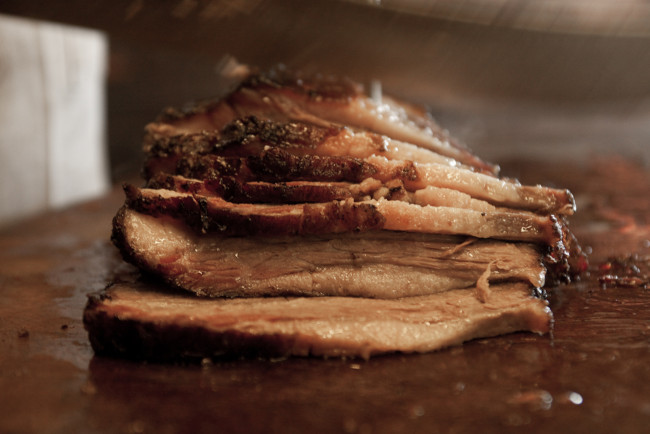 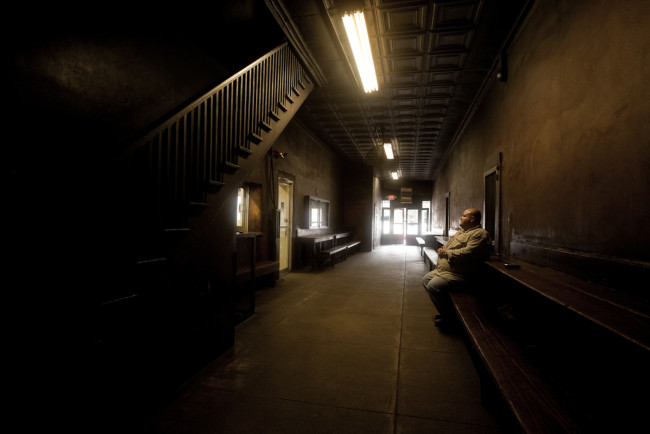 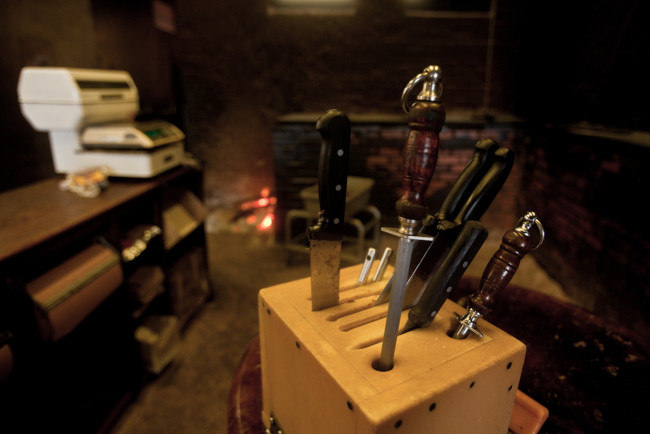 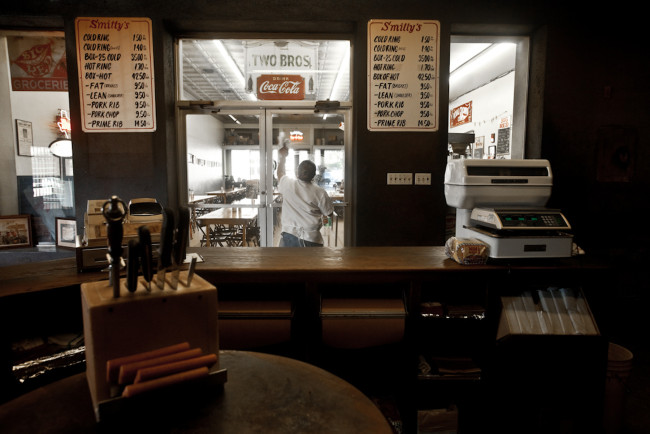 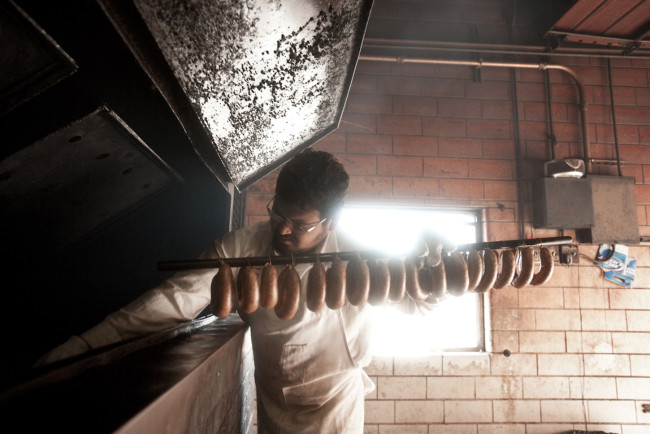 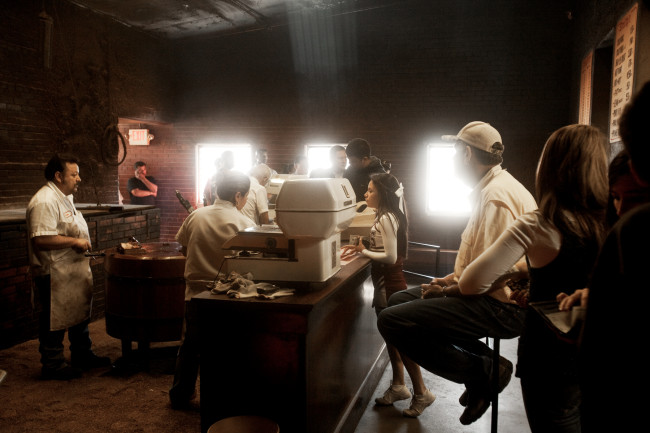 How long have you been shooting?
About 25 years, 20 of them professionally.

Are you self-taught or photography school taught?
Primarily self-taught. I first picked up a camera in high school, taught myself how to use it, shot on my own all through college (I was working on a political science degree), and only after that did I make it down to Austin to attend graduate school in the journalism department at the University of Texas.

With this particular project, what was your inspiration to shoot it?
I’d been a fan of the barbecue at Smitty’s Market for a long time, ever since I moved to Austin in the mid-1990s. Coming from New York by way of Washington DC, I had never seen anything like it. Not just the food, mind you—although that’s reason in and of itself to go there. There was something about the authenticity of the place. They have a very old-school way of doing things—there’s no automation, no thermometers, timers, or anything like that. Everything is done by hand, by feel, and by instincts — instincts honed by years of experience and decades of doing things the same way, and without compromise. And don’t forget I shot this back in 2009, long before the barbecue craze took hold, both in Austin and around the country. These guys had been doing barbecue this way since before any of these new celebrity barbecue chefs (I can’t believe those three words can actually coexist in the same sentence) were even a glint in their parents’ eyes or in the sights of Visa’s marketing strategists.

More than anything, I had fallen in love with the the light in the building— at certain times during the day it just bounces around in there through these old, dirty, diffused panes of glass and mingles with the smoke and the dark, soot-stained walls of the pit room. I really wanted to be able to play with that.

How many years have you been shooting this project before you decided to present it?
I only spent about three days, total, shooting it. To be honest, this one was more of a diversion—something that interested me artistically and aesthetically, but it’s also something I knew I could shoot in a couple of days, and so when I had a few days off I just figured it would be a good time to head down to Lockhart (a little town about 30 miles south of Austin) and make it happen.

How long do you spend on a personal project before deciding if it is working?
It all depends. Some you just know, everything is right in front of you and there is a finite amount of things to shoot — almost as if it were an actual editorial assignment. It all clicks into place and you can get through what you wanted—and needed— to shoot in a couple of days. Others—like one that I have been, and am still working on, on Charreada, a Mexican form of rodeo, can take years because every time I go out to work on it I discover something new, and I don’t want to stop because I’m genuinely curious about what the next shoot is going to bring.

Back when I shot the Smitty’s project, I was primarily a sports photographer. I was looking for ways to branch out and trying to come up with projects that I could do in a minimal amount of time that would help establish my reputation as more than just a guy who could shoot action. This seemed like a good way to not only merge my interests with something I could present to achieve that goal, but also something that could be done quickly, working within the confines of what was an otherwise busy travel schedule.

Since shooting for your portfolio is different from personal work, how do you feel when the work is different?
I’m not sure I understand the question…I look at everything I do as a potential portfolio piece, regardless of its origin as an assignment, or a cohesive body of personal work, or even just a one-off, randomly “found” picture on the street. I get just as much satisfaction from a well-executed and successful editorial assignment, commercial shoot, or personal project.

Have you ever posted your personal work on social media venues such as Reddit, Tumblr, Instagram or Facebook?
Yes, I have a couple of Tumblr feeds (http://darrencarrollphoto.tumblr.com/ and http://dcarrollphoto-leica-m.tumblr.com/ ) and am on Instagram (@dcarrollphoto).

If so, has the work ever gone viral and possibly with great press?
Nope. Not yet.

Have you printed your personal projects for your marketing to reach potential clients?
Yes, I have —  promo cards and pieces, books, and sourcebooks.

Artist Statement:
Although it’s only been around for bout fifteen years, if walking into Smitty’s Market gives you the sense that it’s been there for a long, long time, that’s because it has. Sort of. Started in 1924 (or so legend has it) by a man named Kreuz as a butcher shop and general store with a couple of brick barbecue pits in the back, it was taken over by Edgar Schmidt—“Smitty,” to the locals of Lockhart, Texas—back in 1948.

Schmidt retained the Kreuz name–as did his progeny who took over the shop and, in the mid-1990s, moved the by then-famous barbecue enterprise about a mile up the road to a cavernous, gleaming paean to commercial restaurant modernity, resulting in a nearly-as-famous family feud about the past, present, and future of the business. Enter Smitty’s daughter Nina, her husband Jim, and her son, John, who in 1999 decided to take over the original shop and make sure it kept doing what it had always done. One side of the family kept the Kreuz name, the other kept the building and the pits. And it’s those pits in the back, still in existence and operating on a daily basis, that have provided nearly a century’s worth of the smoke which fills the rooms and cakes the walls of the restaurant with a rich, silvery brown patina which today’s most technologically advanced color sampling programs could never duplicate.

But that’s what a place like Smitty’s is all about–the realization that there are some things that a machine could never do. The ingrained belief that it’s not a matter of being old-fashioned (although the customer experience it creates is a good by-product), but that authenticity means being genuine to the core and not taking even the slightest technological shortcut. There’s something to be said for not giving in to the lure of automation, and standing by the credo that good barbecue depends simply on fire, a well-built smoker, good cuts of meat, and someone who knows how to put all three together without a timer, a thermometer, a computer program, or, God forbid, a propane tank.

Of course that’s an oversimplification, and to an outsider smoking a hunk of beef or pork appears an easy thing to do—in some ways, just as the idea “taking a picture” seems simple. But spend enough time watching the pit masters and the sausage-makers and the butchers relying on nothing but their senses and intuition to consistently deliver the quality and the sensory experience that makes a visit to the place memorable, and you realize that it’s not so simple to put it all together.

But don’t take it from me. Next time you’re in Austin, take a drive about 30 miles south to the little town of Lockhart. Drive past the giant tourist trap of Kreuz Market and pull off U.S. highway 183 into the dirt and gravel parking lot.  Walk through the back door and let the smoke hit you as you stroll past the open flame of the pit, and order your meat. It’ll be served up on a piece of butcher paper with nothing but some white bread and a knife–there are no forks here. Plunk down your cash (no credit cards, please), take your package, and find an empty folding chair at one of the community tables in the dining room. Dig in.

Darren Carroll is a commercial and editorial photographer specializing in portrait and sports work with a photojournalistic approach. Clients include Sports Illustrated, ESPN:The Magazine, Forbes, Hyatt Hotels, and Dick’s Sporting Goods. A New York native, he lives just outside of Austin, Texas with his wife Jessica, son Jake, and golden retriever, Shea.

Pricing and Negotiating: In-Store Lifestyle Shoot for a Retailer