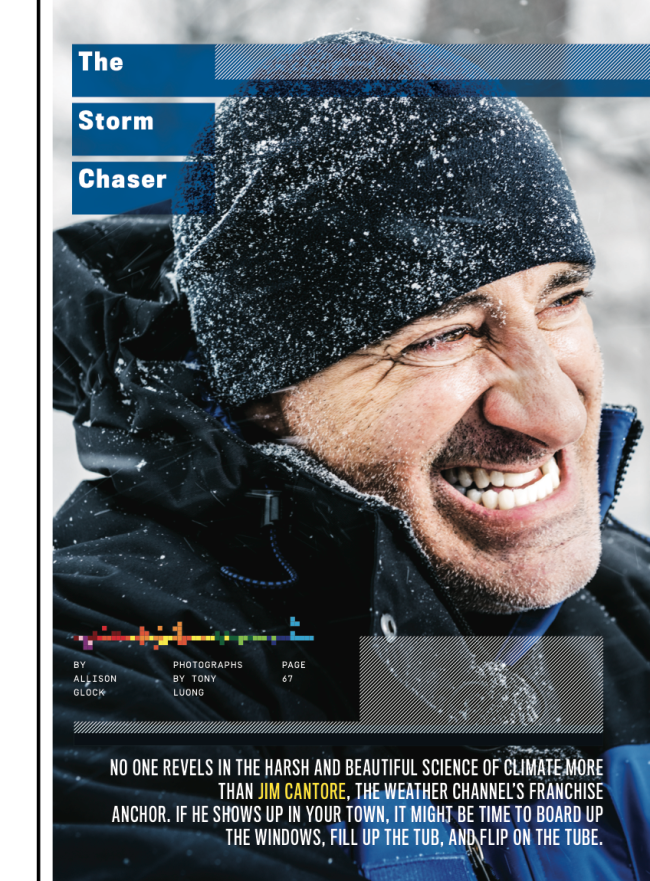 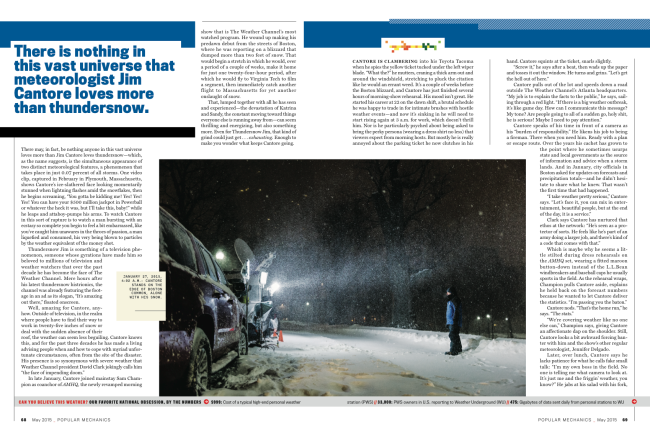 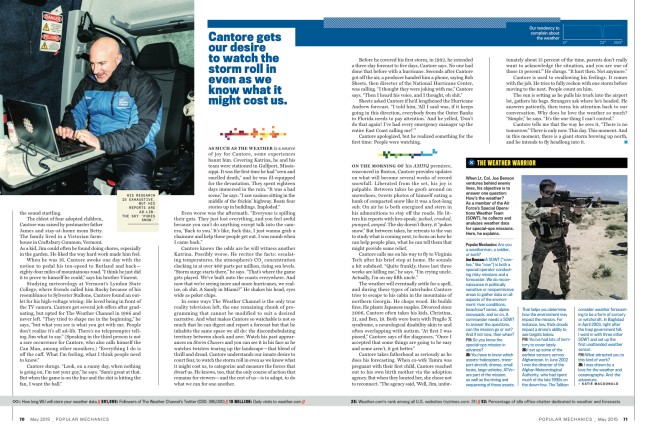 How often to you work for Popular Mechanics? Was this your first assignment for them?
This was my first assignment for Popular Mechanics, I have done another since then which is great. The whole way the shoot came about was quite crazy when I think about it. Allyson Torrisi called me the day of the shoot pretty much, asked if I was available and asked if I would be interested in shooting it. I immediately said yes as I had been eager to shoot for them. I was actually shooting another assignment when she got in touch with me so I immediately wrapped up that first shoot, went home only to pack another bag, upload my memory cards and book a hotel room since there was a driving ban in effect starting that evening. All of this happened in a matter of a few hours, I can’t thank Allyson enough for putting that trust into me arranging for all of that happen and shooting the assignment as it was my first time being thrown into that kind of situation.

Are driving bans common in Boston around that time of year? And is that a regular line item on your checklist: Can I drive?
Driving bans, absolutely. Especially when there are anticipated snow storms like the ones we had this year. Boston has such small and windy roads that it makes it almost impossible to plow and have things run smoothly at the same time. It really becomes a mess. Luckily though, the city makes good calls during those times as the whole place is running back to normal in a day or so after just getting 3 feet of snow. As for driving, no, not at all. I usually carry 3 or 4 bags when I go on a shoot so a car is good to have and we do have public transportation but fortunately, I only needed one bag for this assignment.

What are your best tips for shooting in freezing conditions?
Hand warmers for your batteries and snow pants paired with good boots. I was constantly in knee deep snow trying to keep up with Jim since he’s a pretty active weatherman. He would randomly turn around while he was on set and go jump in the snow, snow show and make snow angels, I would then follow – I couldn’t have done that if I wasn’t wearing snow pants and boots. I also brought multiples of gloves to swap out, when one pair got wet, I would let them dry in the news truck and rotate them throughout the day.

Was it hard to light Jim for the portrait and did you use any of their lighting  ( when he was broadcasting the news… )
At times it was but you make do with what you have and think on your feet about how to apply the supplied light to the picture you’re trying to make. This type of shoot lent itself to a faster paced type of shooting so I had a flash on a bracket the whole but I also utilized the lights the camera crews use which were great and a lot of fun as well. Since the shoot started at 3am, I got to see the light temperature change dramatically and was able to bounce off of that throughout the day. Other times, I would ask Jim to move in a different spot or shift him to the other side and so on and so forth. For the most part, he was in front of the TV-camera being lit by their lights or in the truck tweeting his heart out.

How did you protect your gear and try and keep your fingers warm? I’d imagine adjusting cameras is hard if you have gloves on.
The night prior after checking into the hotel, I went down to a store and bought a bunch of plastic bags and rubber bands. I kept those items in my jacket along with some gaffers tape and would cut holes in the bags and tape/use the rubber bands to make seals around specific parts of the camera. I don’t have one of those fancy camera covers so it was super lo-fi but it worked. The thing I realized also was that after a certain temperature, the snow would just bounce off the front of my lens, once it started warming up – that was when things started to get wet and cause problems. Fortunately, since the news casting truck was only a few yards from where Jim was reporting from, I was able to retreat and dry off, warm up, have a snack and put a new bag on the camera if I needed to. I also used those gloves with the detachable fingers, but again, I only had a few hours to really prepare so I took out all the winter gear I had and brought it with me.

Why was the call time 3 am? and was it clear you’d be shooting for 12 hrs?
Jim and his crew were traveling to boston the day that I got the call about the assignment and since the storm was scheduled to begin that following morning at around 2am, it was only obvious enough to begin then. When Allyson briefed me on the shoot, we both knew it would be best to begin shooting as early as possible to catch Jim in his prime. Since Jim is also notorious for jumping into the thick of when weather gets intense, he wanted to be the first one out reporting on the snow before anybody. That said, I knew I would be shooting for a good deal of time but I also wanted to spend that time with Jim since I had seen so many videos of him on Youtube. All that said, we ended up walking back to his hotel together, had a good lunch together and said our goodbyes as he went back up to his room to sleep and rest back up before his next segment. It was a fun way to see both sides of Jim and make pictures of it all at the same time.

Some additional images form the shoot 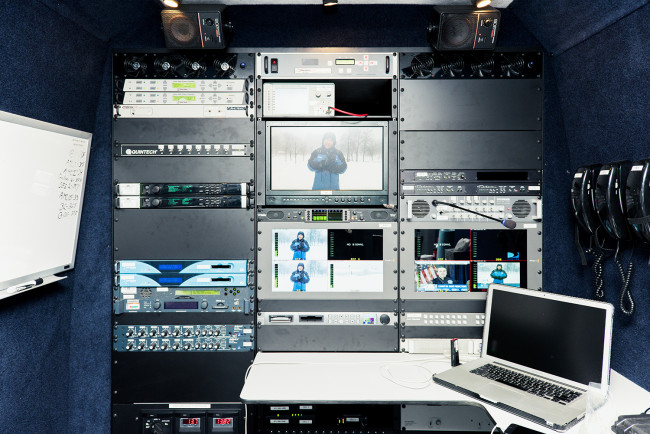 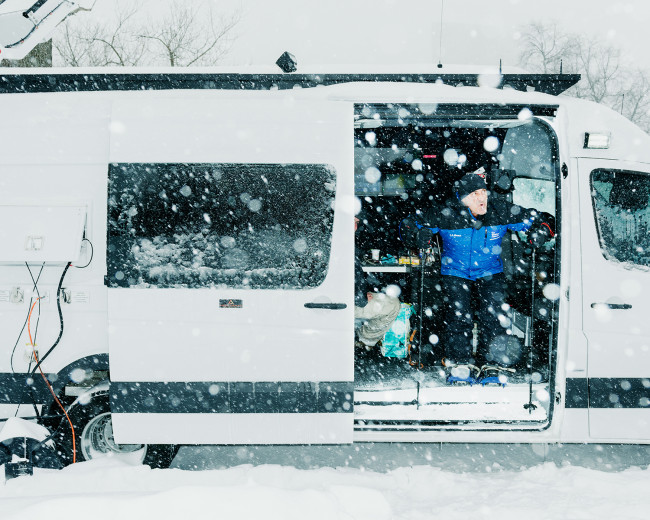 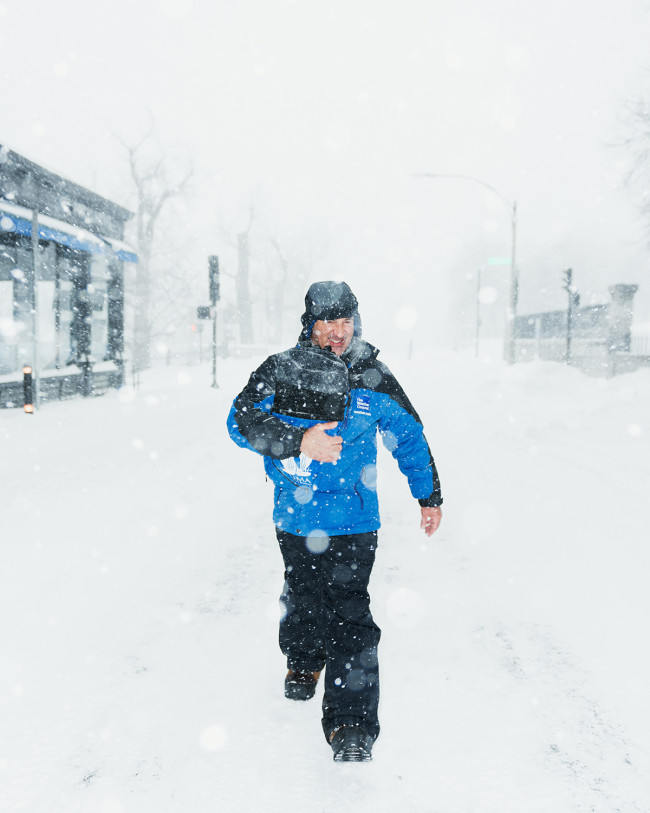 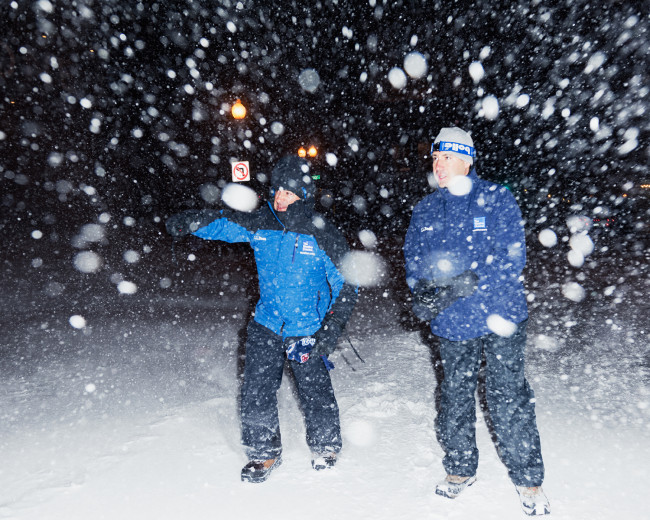