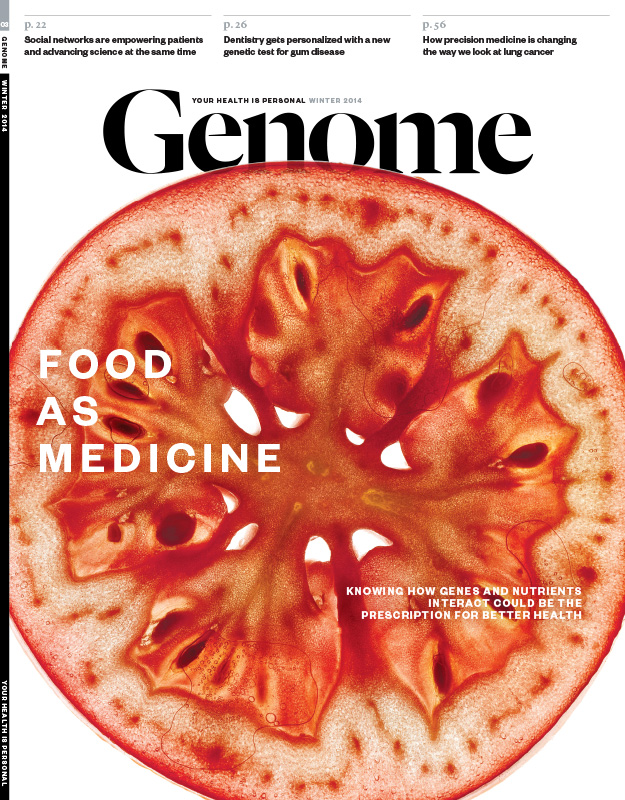 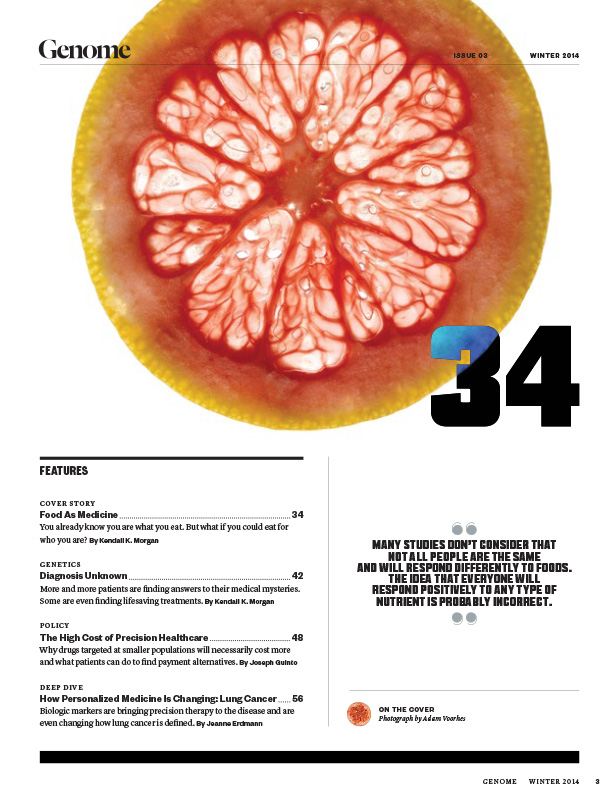 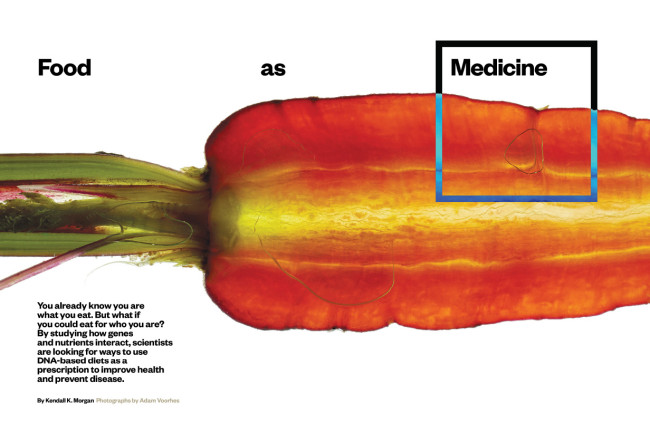 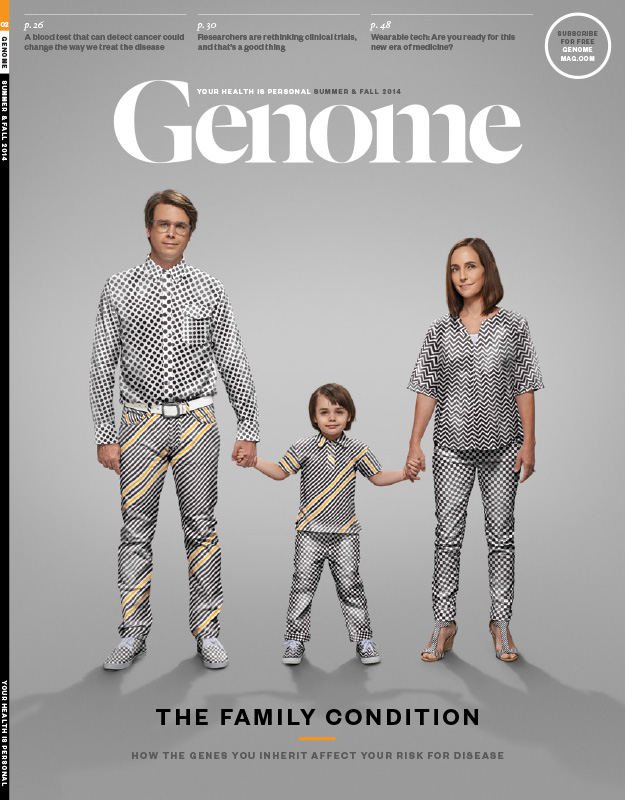 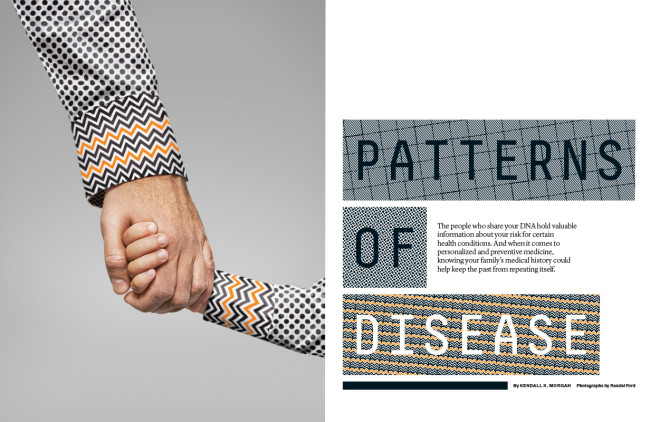 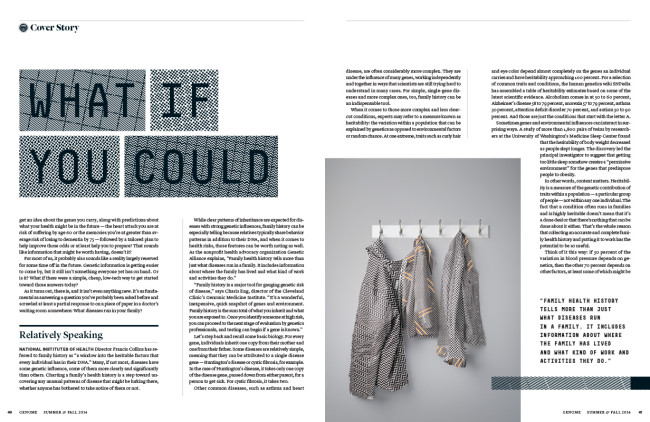 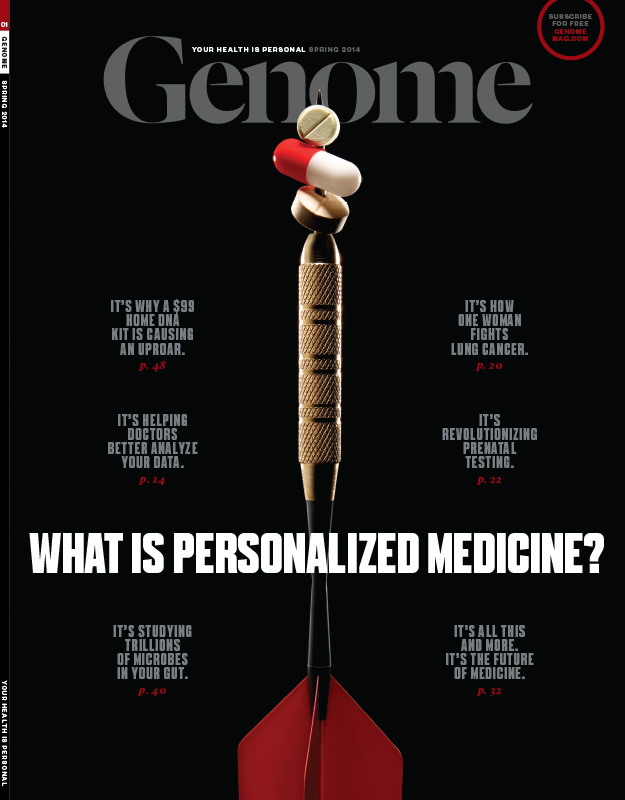 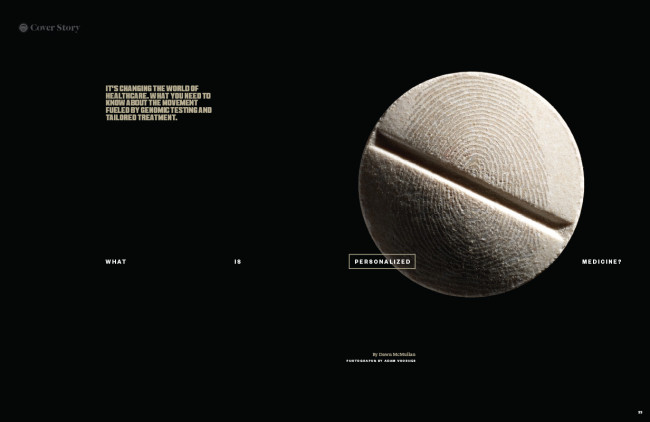 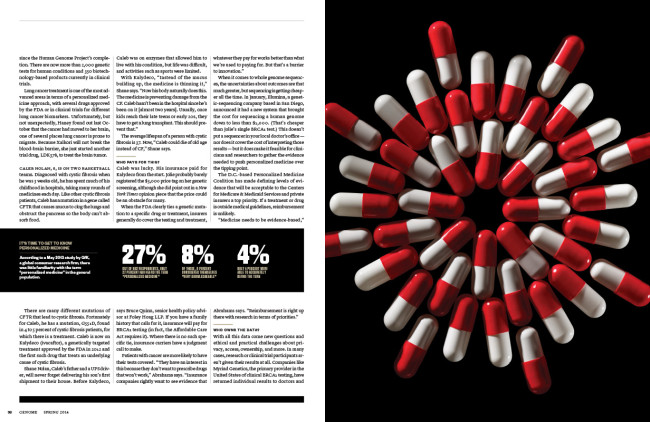 Heidi: How did this job come about for you?
Samuel: Years ago, I worked with Genome’s founding Editorial Director, Eric Celeste, while at American Airlines’ inflight, American Way. We always had a great working relationship during our time there, so he reached out about the Creative Director position when things were first getting off the ground.I jumped at the opportunity because I felt like it would be a chance to build something meaningful from the ground up, and had a lot of potential to become a great product.

Did you choose healthcare consciously as an editorial pursuit? It seems as though that would be a very solid career path. Smart.
Not healthcare specifically, but I’ve always had a personal interest in science, and looking back I’ve often gravitated towards projects which had a philanthropic element or could contribute something of real value for the audience. Not to draw a comparison to Tibor Kalman, but I always admired the editorial work he was able to do at Colors, and that sort of social consciousness has always been very appealing. There is a lot of promise in the field of genomics and personalized medicine for helping people with chronic diseases, so to be able to work on a magazine that can have real impact is great. The bonus is that from a design perspective, science and medicine have such a huge visual vocabulary to draw from.

Who publishes it and how many times a year does it come out?
Genome is a quarterly published by Big Science Media, and is the core product around which the media company is built. All of our content lives in both the print edition and online at genomemag.com. We’re in the process of closing our fifth issue (Summer 2015) right now.

How big is your staff?
Well, I am the entire art department if that says anything. It helps that we publish quarterly, and I occasionally bring on some outside help when needed. So yeah, we are a pretty lean operation — 5 in our Dallas office, our Editor-in-Chief in the Bay area, and we are growing our sales staff outside the Dallas area.

Are you also the Photo Director?
More or less. I do all of the research, assigning, editing and color work.I’d say the vast majority of our imagery is conceptual in nature, so there’s also a good deal of illustration in the book.

Medicine can a dry subject, what is your creative mantra to combat that?
Well, our writers and editors are great at making these topics accessible for a broad audience, which in turn makes my job a lot easier.If you look at the existing visual vernacular of genomics, you see a ton of glowing 3-d helixes, walls of ACGT text, scientists hard at work in the lab. My challenge is to try to avoid the clichés, and find a fresh way to speak to these topics.For the first issue, I wanted to see if we could do an entire issue without a single helix. We came close — I think there was exactly one. But it was a super smart solution by the Milan-based illustrator, Alessandro Gottardo.

How did the idea of the suit come about for the disease story?
We work out which story will be featured on the cover for each issue during editorial meetings. Usually it’s something with broad appeal — topics that affect everyone like family, technology, food, etc.

For this particular cover, I had to find a way to communicate disease inheritance that would be really immediate for the reader. The idea came up to bring something that’s usually hidden inside the body to the outside, so we ended up using clothing as the metaphor for inherited genetic traits, with the genetic mutation represented in orange. There’s this sort of anxiety around the idea of an inherited disease, because it’s lurking away inside your genetics, and the jarring patterns help to reinforce that anxiety.

I reached out to Randal Ford, because I knew he could execute the concept and bring something extra of his own to the project. A concept like this could go south pretty fast if it wasn’t executed really well. Randal brought on Gigantic Squid to help with the retouch and creating the patterns, and in the end, everyone did an awesome job of making a pretty weird idea come to life.

What’s the creative direction for the brand?
Our overarching goal is making complex science understandable and compelling for the lay audience. I’d say the creative direction is idea-driven and bold, sometimes a little experimental or whimsical but always approachable. Someone with an existing health condition doesn’t need to fight against the design in order to get to information that could potentially change their life.

Are you hamstrung at all by newsstand sales?
Genome is actually not on newsstands, and goes primarily to subscribers and point-of-care settings: doctor’s offices, hospitals, personalized medicine facilities. Anyone that’s interested can subscribe for free at genomemag.com/subscribe.

Who is your competition?
We were the first producer of content centered around genomics and personalized medicine, so we have a leg up in that sense, but a few more have come along recently. Front Line publishes a genomics magazine, and Cure is a cancer publication which occasionally touches on personalized medicine. Ultimately, our competition is any publication in the point-of-care setting, so everything from medical journals to newsweeklies.

If a photographer wants to get in touch with you, what’s the best way?
A simple email or printed promo piece works just fine and we look at everything that comes through our door, digital or print. Submissions, messages, criticisms, whatever can be sent to art(at)genomemag.com.