From “Badlands,” by Bruce Springsteen, written in my hometown of Holmdel, NJ, 1978.

Such a brilliant show.

It was the first thing I binged, when we finally got high-speed internet in 2015, thanks to Barack Obama.

He’d given a massive chunk of money to the Kit Carson Electric Co-Operative, here in Taos, to bring fiber-optic cable to every rural home in the County.

The funds were allotted in 2009, as The Great Recession began crushing so many Americans, yet it took 6 years for them to wire up our home.

And we were lucky, as the money ran out soon after, and some people got screwed.

Now it’s 2021, and I wouldn’t have been able to work through the pandemic, without Obama’s largesse.

(Thanks, Barack! We miss you!)

How could I have Zoomed without the good WiFi?

I really don’t know, but hopefully the new Biden infrastructure package will help those left behind without sufficient bandwidth.

That said, “Marco Polo” is fascinating.

I was just telling Jessie, it’s the kind of entertainment that helped launch Netflix, paving the way for all the streaming services to follow.

It’s also the kind of content no one is making anymore, as it was far-too-expensive.

(I read Netflix lost $200 million on the production.)

The amount of money spent, to recreate 13th Century China and Mongolia, must been seen to be believed.

The costumes, thousands of extras, the palaces, the horses, the piles of corpses; no expense was spared.

To achieve that degree of verisimilitude alone was a feat, but the acting is also terrific, the story-telling taut, (well, they do drag things out a bit,) and the kung-fu is stupendous. (Shout outs to Tom Wu and Michelle Yeoh.)

Doing a bit of research, I learned the show runner, John Fusco, also created “Young Guns,” “Thunderheart,” and “Spirit: Stallion of the Cimarron,” so the Dude is obviously a unique talent.

But massive productions like this rest on the collective skills of hundreds of people, not just one, and that kind of lucre is now only dropped on Marvel movies. (That Benedict Wong, who was genius as the lead, Emperor Kublai Khan, is now a side-player in the MCU is definitely ironic.)

I could shout out so many of the actors, but Olivia Cheng deserves particular mention.

{Caveat: I’d be remiss not to state this was a Weinstein Company co-production, and the heavy nudity included would not be acceptable these days, if such shows were still being made. Which, again, they’re not.}

Olivia Cheng played a concubine/assassin, (a combo she reprised in the underrated “Warrior,”) and she is such a badass.

There is a scene, relatively early in the first season, where to show off her skills, (to the audience,) she fights, and kills, three soldiers intent on raping her.

She does this, it should be said, entirely naked.

It did take me out of the narrative, just a touch, because I empathized with the actress, wondering how vulnerable she must have felt, to be in front of the camera like that, without even the meagerest of fabric defenses?

The scene reminded me of the unbelievably cool fight in the steam room, in “Eastern Promises,” in which a nude Viggo Mortensen takes out a Russian Mafia thug.

But that scrap is brutal, lacking grace, while Olivia Cheng’s triple-murder is filmed as if she barely breaks a sweat.

I mention all of this for a reason, of course.

This morning, I looked at one of two remaining 2020 submissions, a slim, self-produced book of poems and images, by Roxanne Darling, called “I AM: For the Love of Nature.”

It arrived in December 2020, and features a series of self-portraits, in which the artist took her clothes off, in nature, in a feat of self-empowerment, declaring the aging female form should not be ignored.

As an honest critic, I’ll say these images are not the type I’d typically review, just as art.

There is an audience for every style of photography, for sure, and this is not exactly to my taste.

But I’ve written countless times, books are experiential, not just a collection of successive images.

Pictures do not need to be brilliant for a book to have power, and one like this, in particular, in which an artist is taking control of her own narrative, often gets extra-juice from that context.

The opening essay states Ms. Darling has a history of trauma and abuse, and we learn at the end that her first nude-in-nature photo came just after she buried her mother, who died at 92. (We’re also told her partner, Shane Robinson, took the photos, so it’s not a tripod-and-timer photographic system.)

A fit of instinct pushed Roxanne to disrobe, and then she continued to do so, in various landscapes around the American West.

When I watch something like “Marco Polo,” I occasionally feel the naked women are being exploited by the camera.

Yet as we saw recently with Jason Langer’s collaboration with his muse, Erika, that is not always the case.

Certainly, with Roxanne’s book, the message is super-clear: she feels strong, beautiful, at peace, and engaged with the natural world around her.

(And she believes the aging female form should be celebrated, and deemed attractive, not hidden away in shame.)

As the father of a young girl, I’m always aware of the manner in which the media, and her peers, can impact my daughter’s self-esteem.

My wife and I discuss, with some regularity, how to prevent Amelie from getting “body issues.”

So I’ll always have a soft spot for books like this.

For offerings that scream, “Fuck you if you try to marginalize me, or insist women of a certain age no longer matter.”

This one is cool, for sure, and I’m so glad Roxanne sent it my way.

To Purchase “I AM: For the Love of Nature” click here 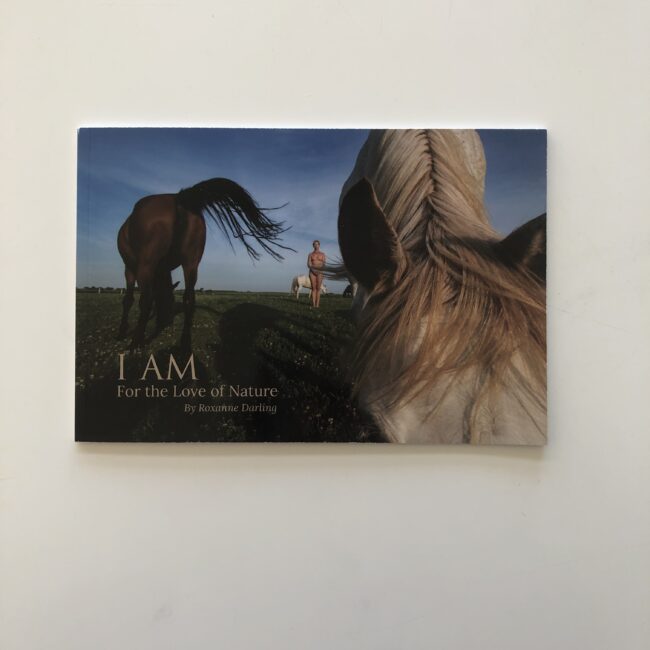 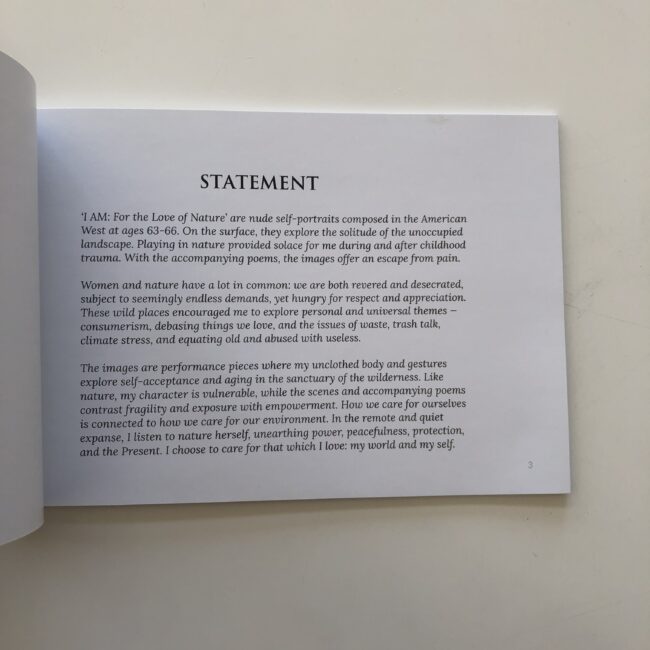 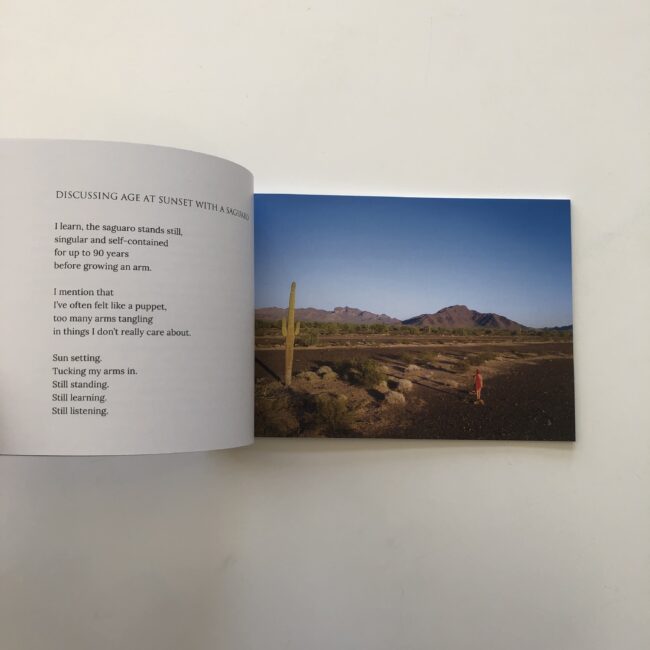 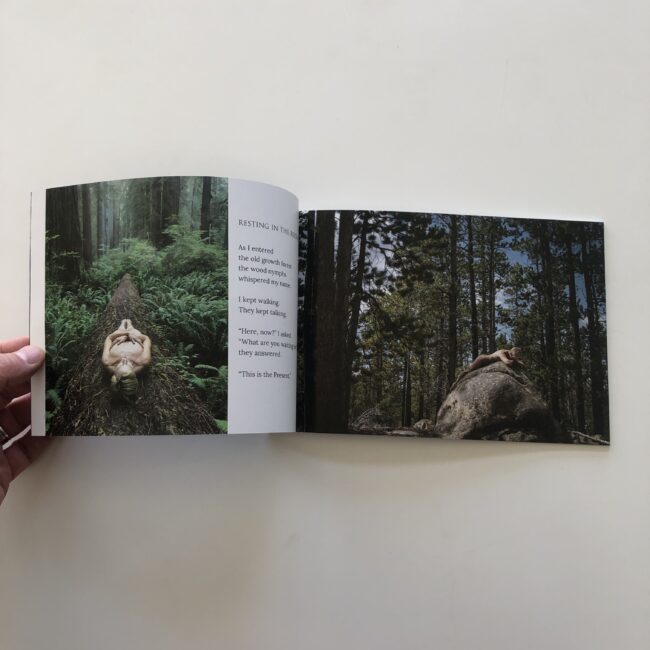 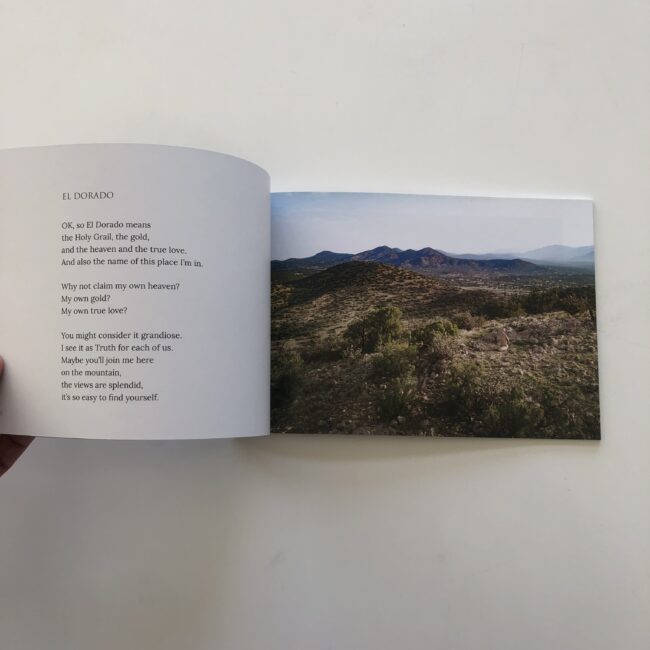 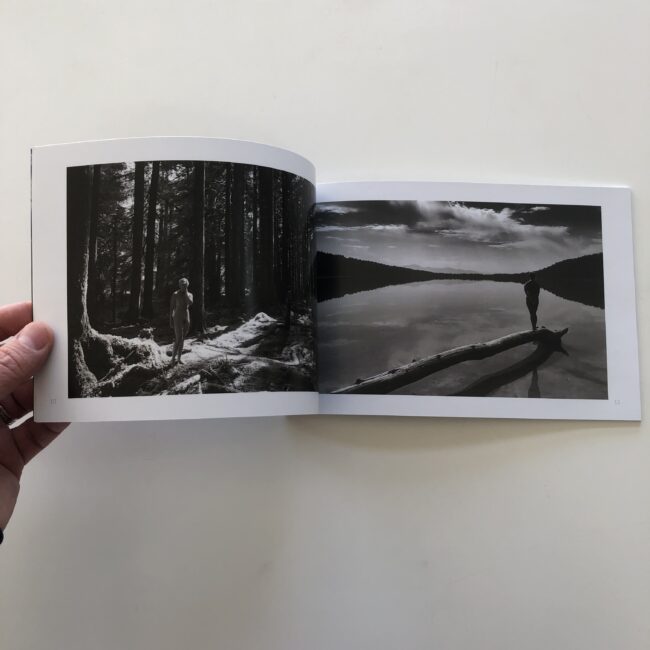 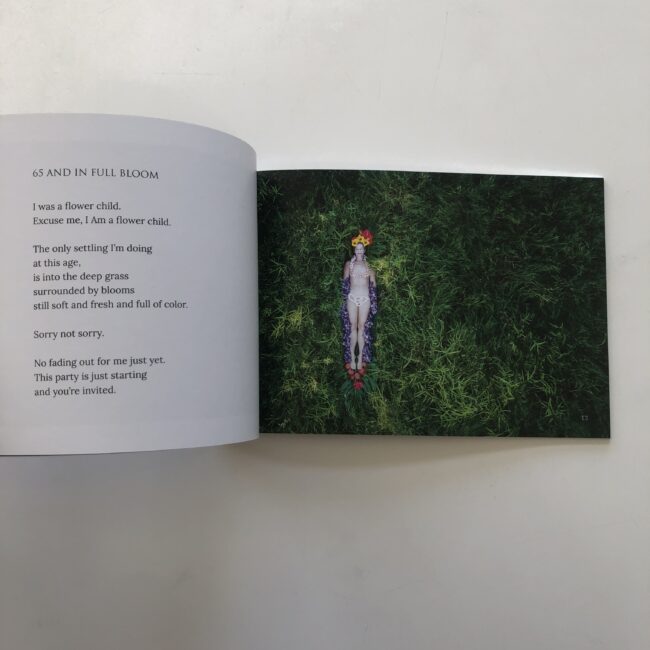 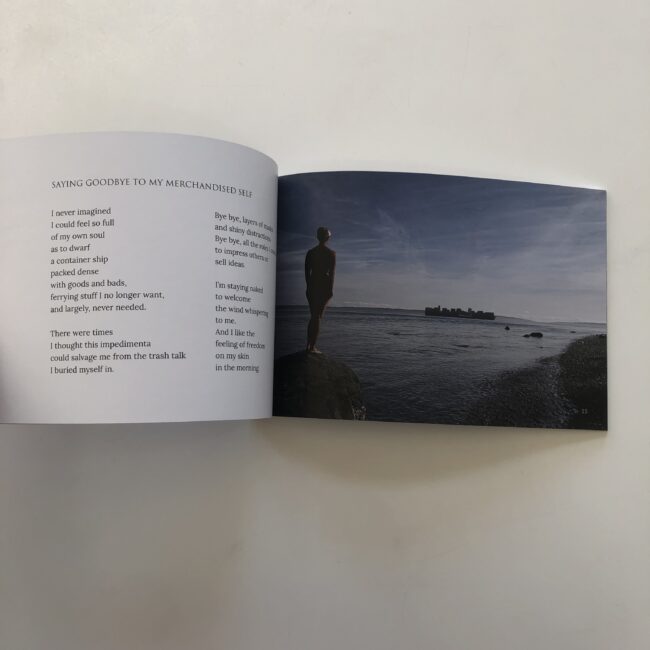 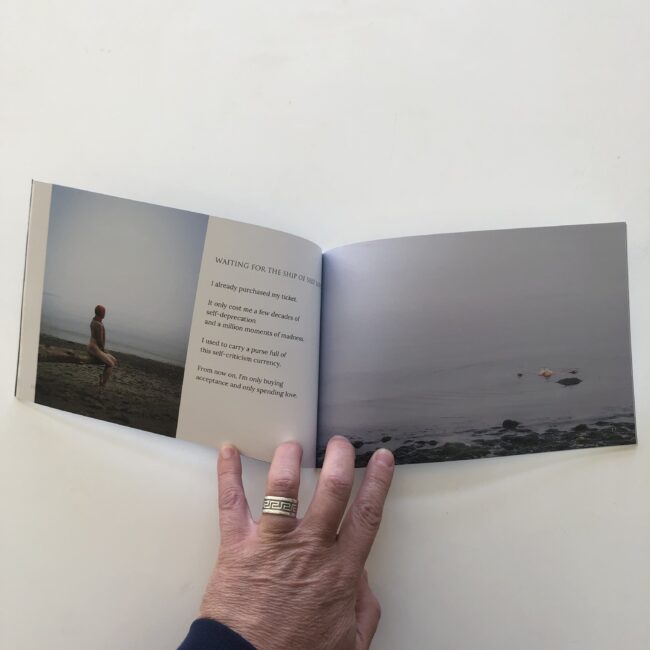 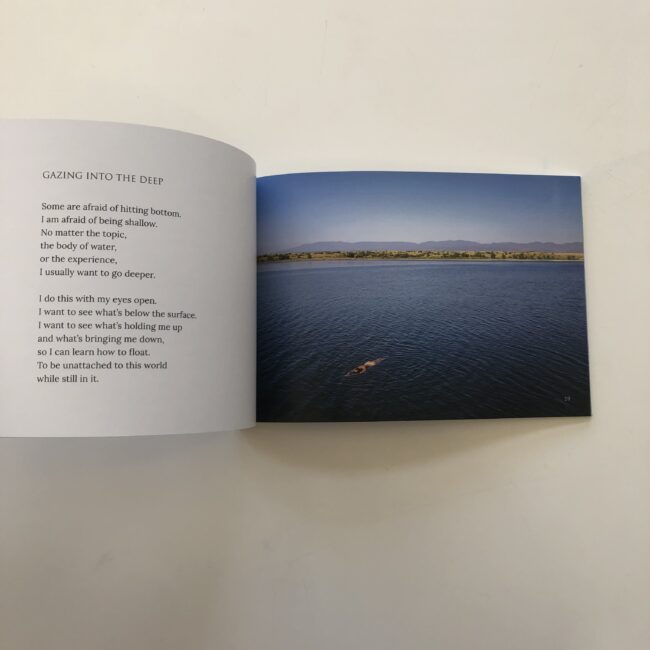 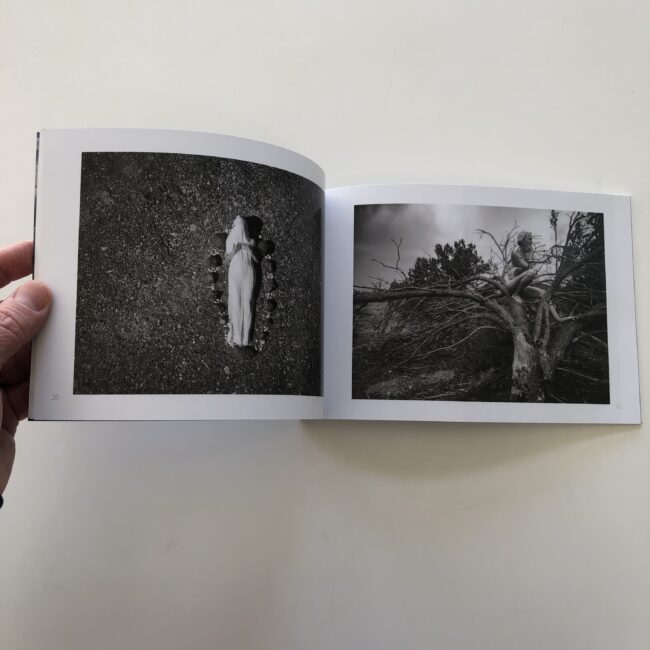 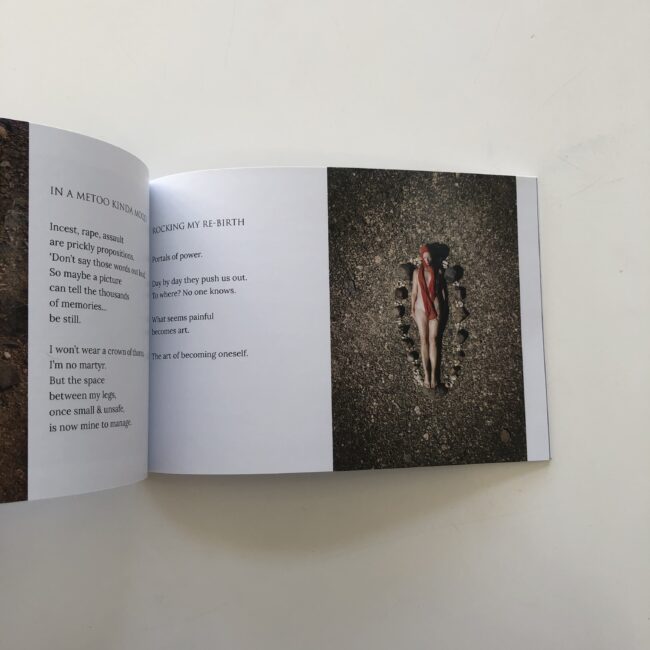 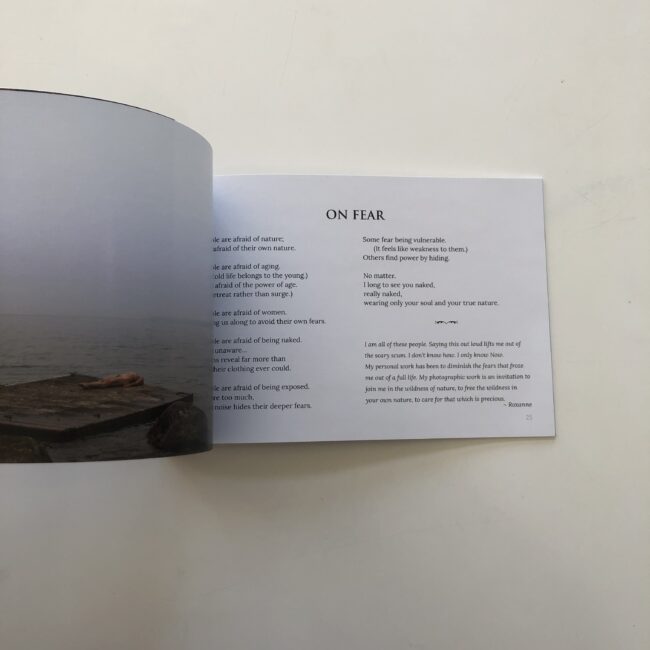 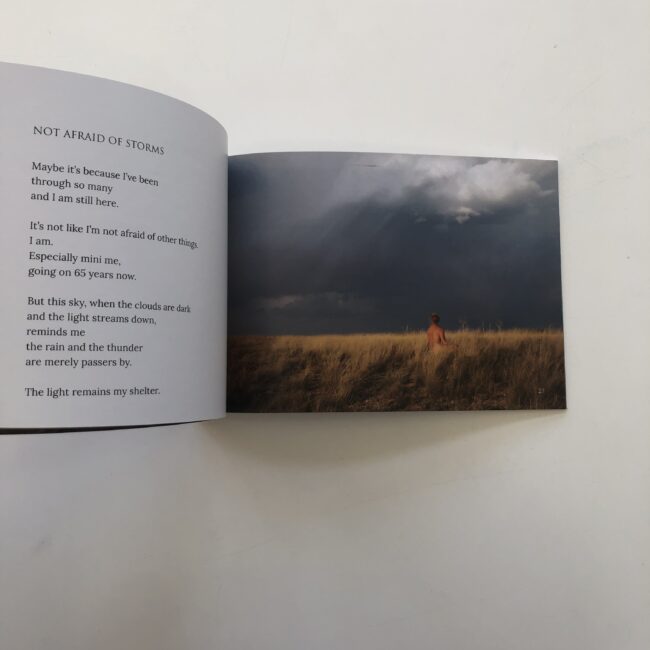 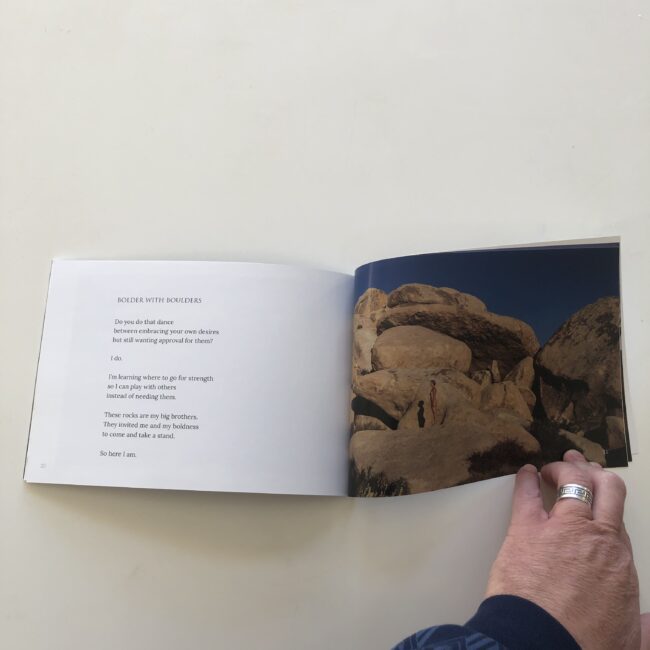 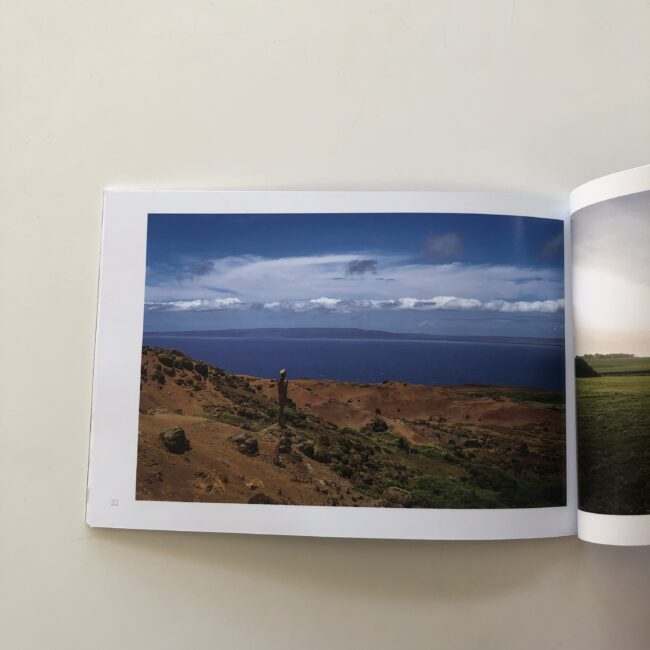 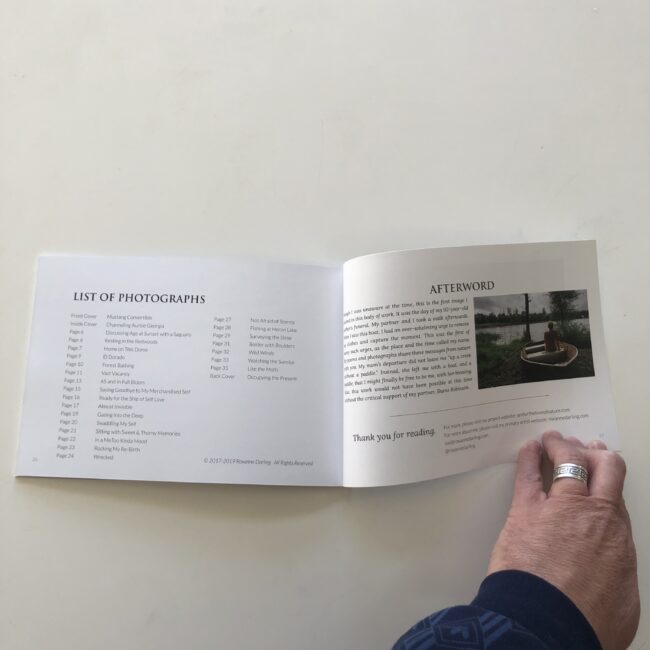 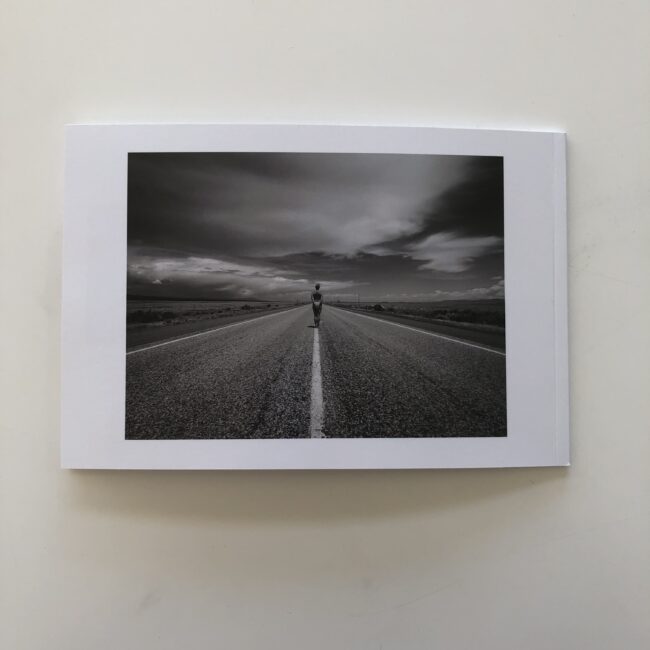