This Week in Photography: Enduring Humanity

Have you ever heard of Neal Stephenson?

Dude is super-famous in geek culture, for having written a very predictive sci-fi screed called “Snow Crash,” in the early 90’s, which laid out much of what has come since.

It’s all in there, along with a rip-roaring story, and a bunch of meta-criticism that would make Charlie Kaufman beg for mercy. (Like naming his hero/protagonist Hiro Protagonist.)

I bring this up, because five years ago, he wrote another book that feels like it could end up being predictive one day: “Seveneves.”

The majority of the time I was reading it, I thought the title all-one-word, pronounced seven-eh-vehs, with no long e’s.

But I was wrong.

It was really Seven Eves, with the second word being the name of Earth’s first woman, taken from the rib bones of Earth’s first man, if the Jewish Torah is to be believed. (And then Christianity was built upon that tale as well.)

Spoiler Alert, I bring this up because the book’s premise was that an asteroid broke the Moon, and once some fancy math was done, scientists realized the Moon would soon disintegrate into an endless supply of mini-rocks, which would rain down on Earth, destroying all life as we know it.

(That’s not the spoiler part, because it happens in the beginning of the book.)

No, I’m going to ruin the ending for you.

The entire plot revolves around some humans attempting to re-build life in space, so the world can be repopulated up there, (by seven eves and some artificial insemination,) and then the descendants can come back to Earth many generations later, once it’s safe again.

Against all odds, they succeed, and after a big time-jump in the book’s last section, when human-like creatures do come back to Earth, having evolved in strange ways due to some CRISPR-like genetic manipulation, they find a massive surprise.

Two other groups of humans lasted through the Apocalypse, one by living underwater for millennia, the other by tunneling deep into the Earth.

(Where they created a culture in which some people could breed, and others not, because of the limited air supply in their closed-loop-underground society.)

The book ends with the three strands of now-mutated humans meeting up in some frozen tundra, far from everything.

My point today, if you haven’t sussed it out yet, is that the survival instinct is deep within us.

We make fun of cockroaches, rats and bats, but we are a similar type of creature, even if we smell better, look prettier, and have the capacity to create and appreciate beauty.

(Seriously, if a rat ever paints the Sistine Chapel, I’ll be the first to give props. Or if Remy from “Ratatouille” ever comes to life, all Patton Oswalt humor and amazing cooking skills, I will eat my hat. Highly Suspect!!!)

I’m not a self-hating human, but today I’m on my rant for a reason.

I just looked at “Chukotka,” a sleek, slim, excellent new book by Kiliii Yuyan, published by Kris Graves Projects in NYC, and I’m down to discuss.

Kiliii’s work has been featured in the blog before, as I published some of his Arctic documentary photography after a photo festival a few years ago, and then we hung out at a very-fun, late-night party in Portland last year.

(You know, back when people went places, crammed into small hotel suites, and passed vape pens back and forth with impunity. Shout out to Kris for hosting the party.)

As usual, when I share a book from an artist I know personally, it never makes the cut if it’s not good enough.

This one is filled with creepy-uncomfortable-cool photographs, but also succeeds in doing the one thing I love to share with you in a photo book: it shows us something we have never seen before.

Kiliii is an indigenous person, and I swear I had no plan to show his work this week, during a holiday to celebrate his people, now that we no longer genuflect at the genocidal remains of Cristoforo Colombo. (That was his real name: look it up.)

He’s spent a ton of time up in the Arctic before, and knows his way around. And I’ve certainly seen work from Alaska, Canada, Greenland and Iceland.

But this book is built upon photographs taken in the Russian region that gives the book its name, as it’s only 3 miles across the Bering Sea. (I guess Sarah Palin wasn’t wrong about everything. Almost everything, but not everything.)

The place is populated by a half Siberian indigenous population, (the ancestors of our Native Americans,) and half ethnic Russians, because like the Han sending citizens to Xinjiang, the Soviets also liked their own to live across their Empire.

There’s not much I can say about the pictures that they won’t say for themselves.

I might not want to go there in person, even in a world in which travel was possible, but the book lets us go there virtually.

(Who needs Oculus when you have a photo books?)

But there is one part of the well-written opening essay that I’d like to share, as it makes my opening even more relevant.

Kiliii tells us the mantra of the Arctic: “The resilient will endure.”

I somehow managed to avoid writing about ACB and the Orange one this week, even with the election getting so close, and the Republicans on the verge of sealing judicial power for a generation.

You know all that is happening, and I’ll be lucky if you stop scrolling through the NYT, WaPo, Reuters, the WSJ, Facebook, and Twitter long enough to read this column.

You’re well aware of the stakes of the 2020 US Election, even if you’re reading this in Moscow.

So instead of focusing on that, think about the mantra of the people who live tougher lives than we’ll ever really understand.

The resilient will endure. 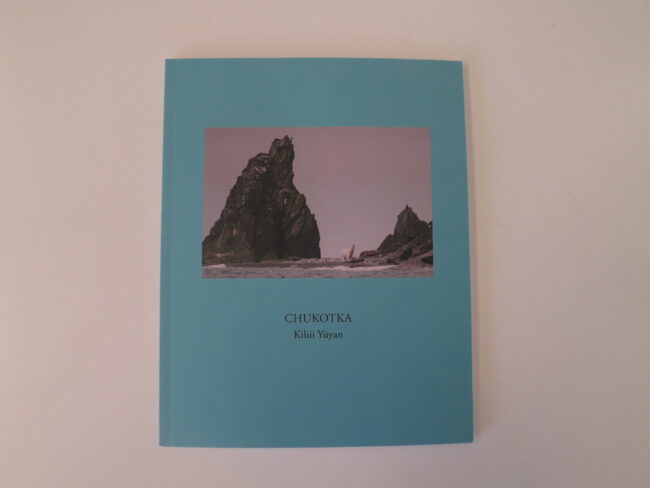 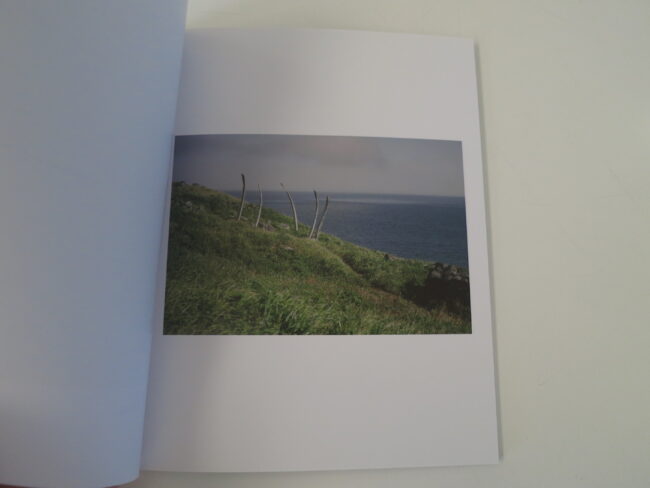 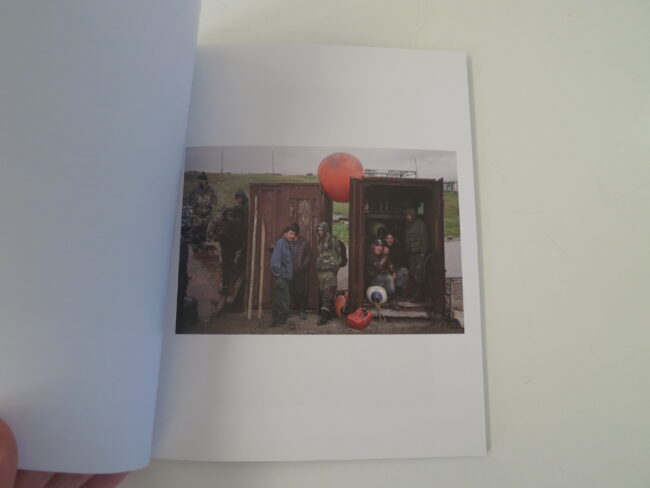 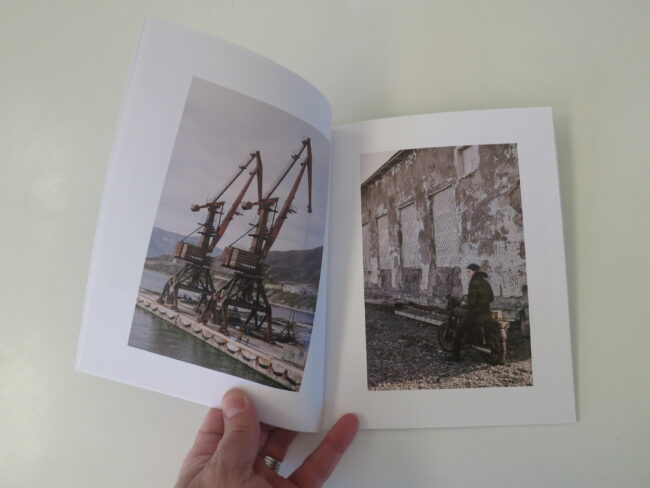 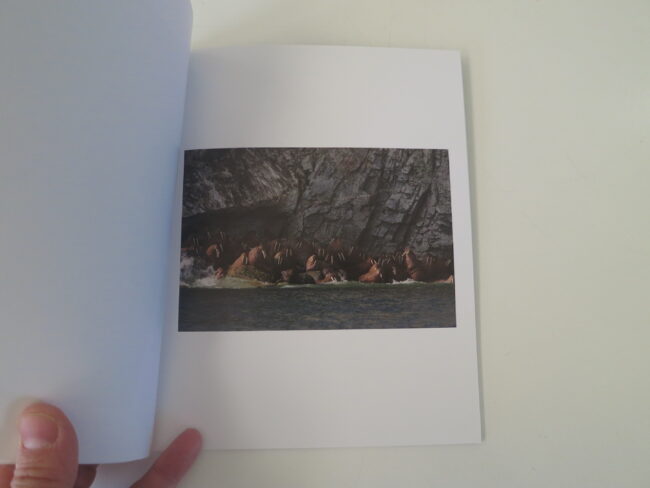 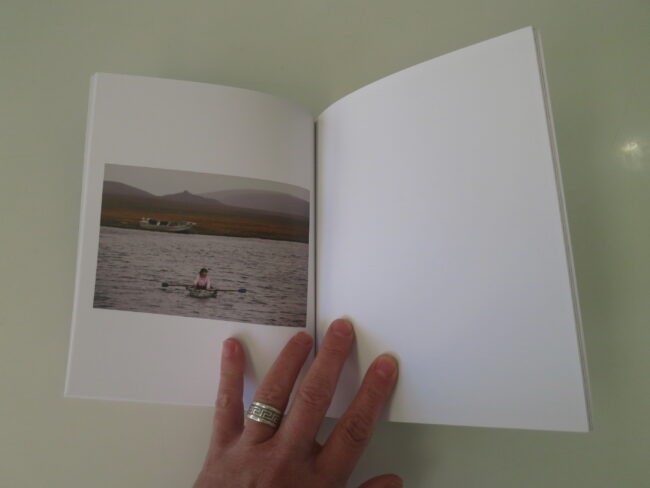 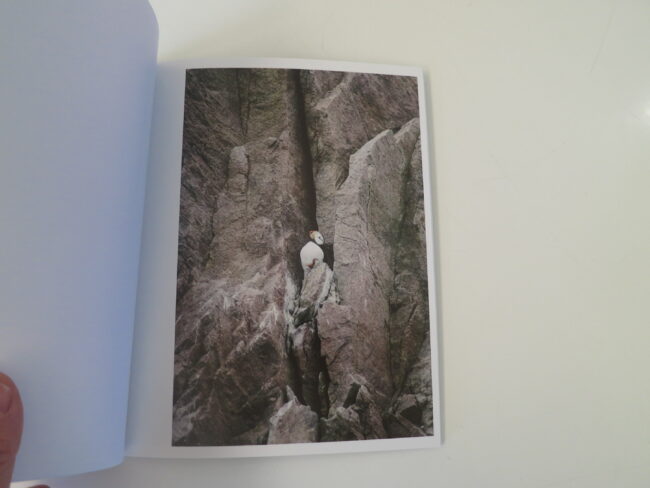 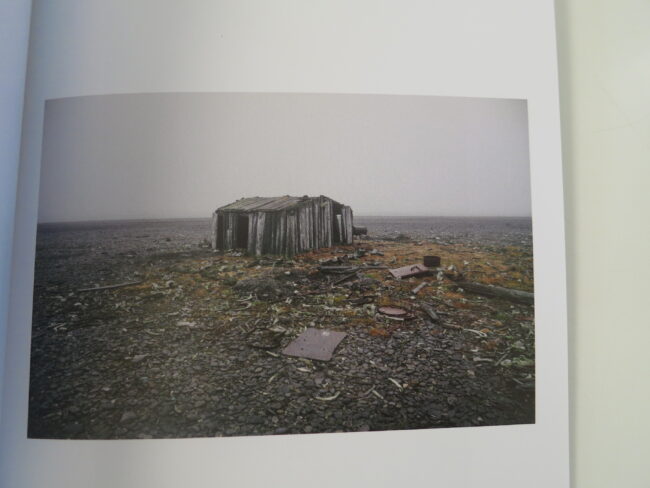 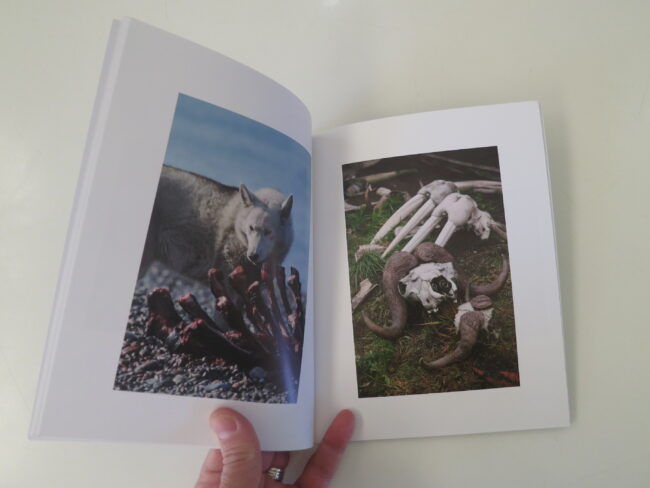 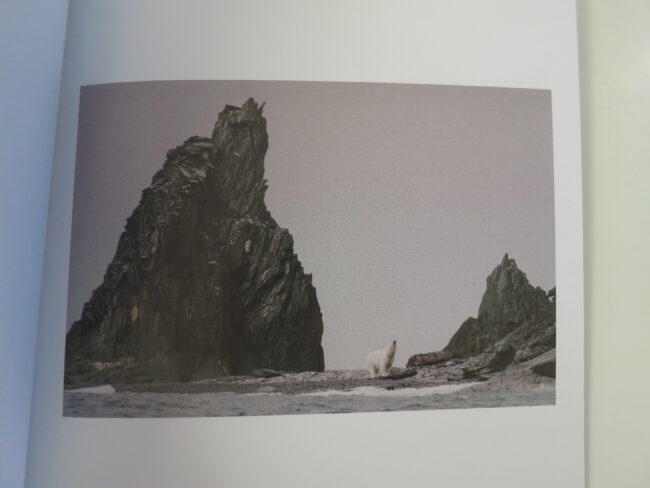 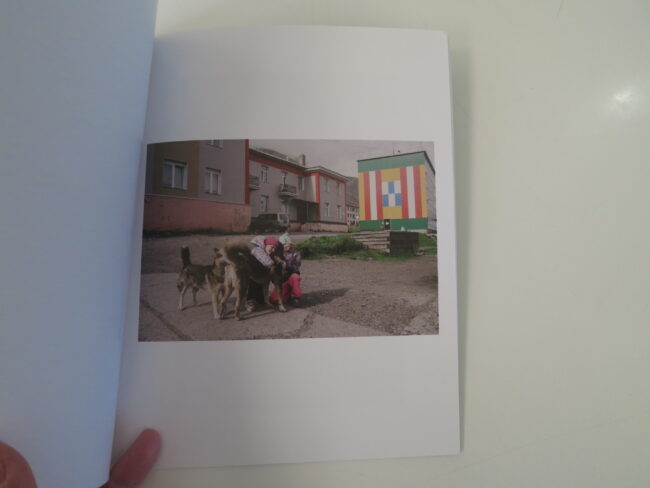 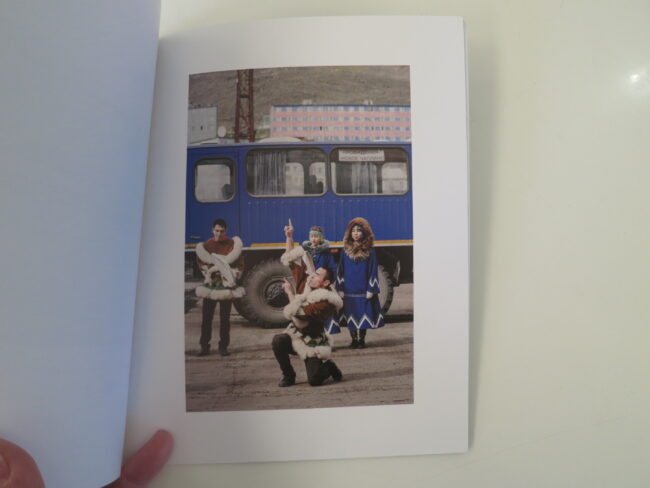 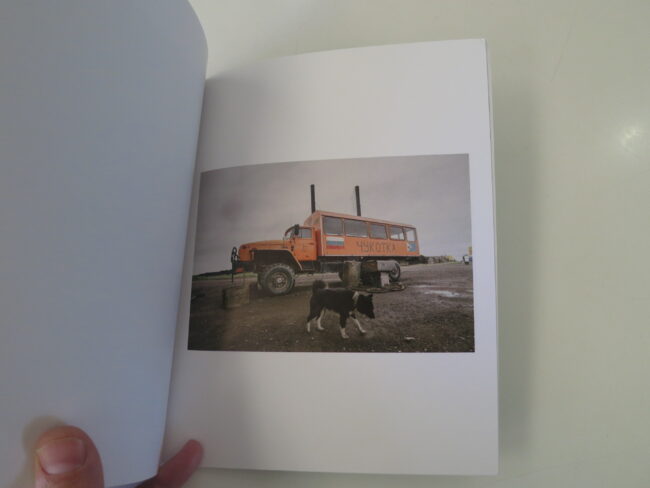 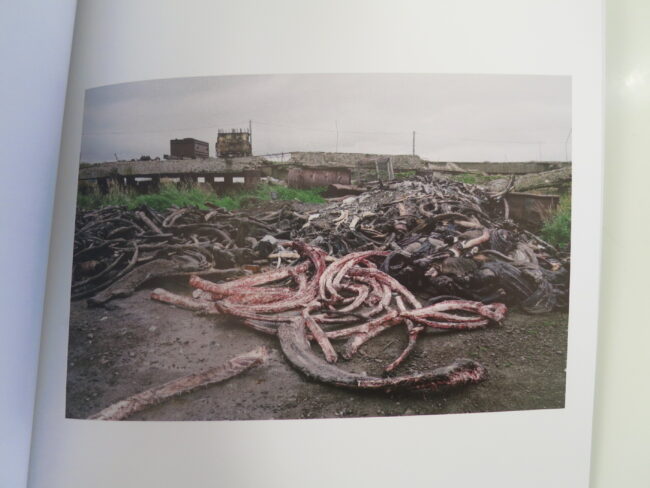 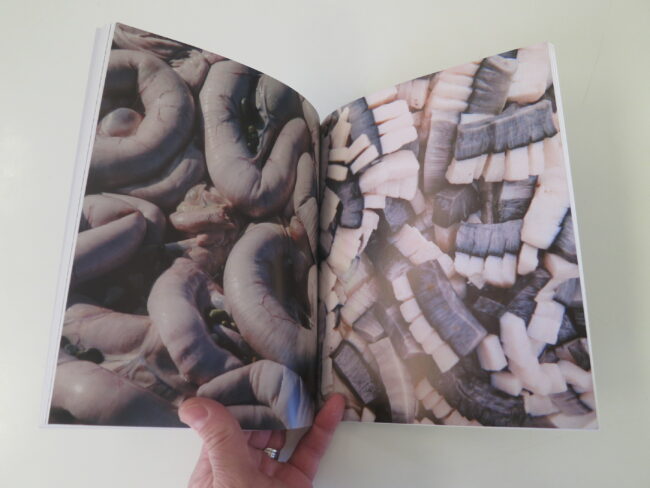 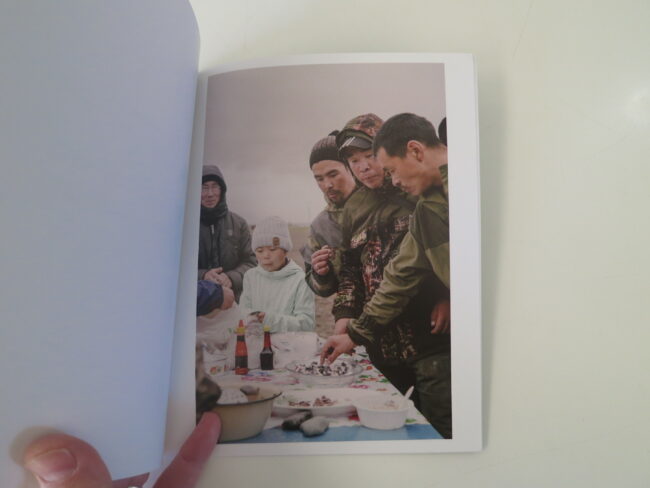 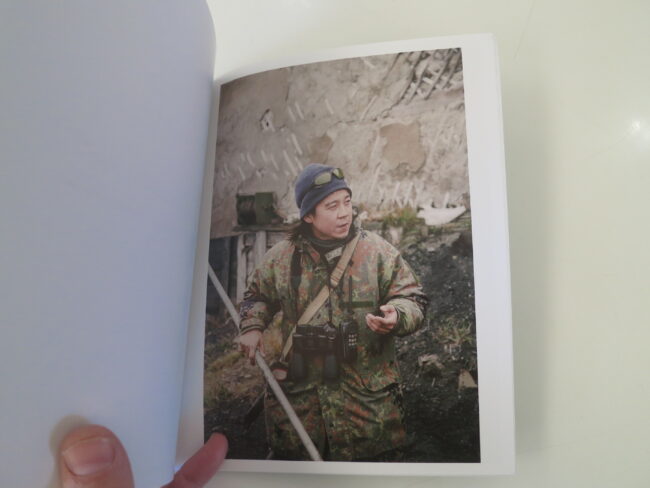 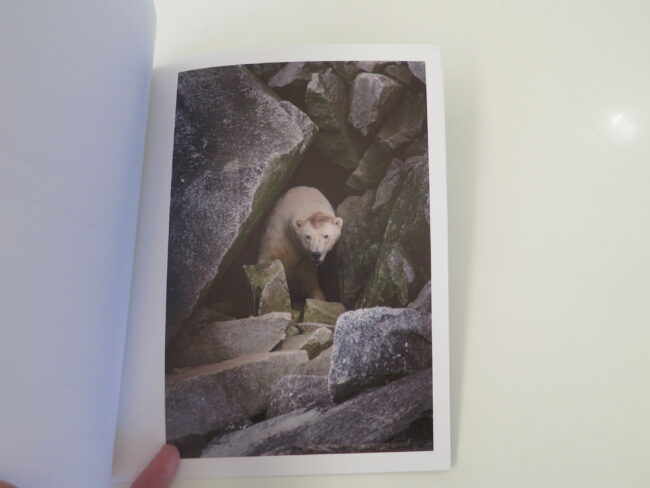 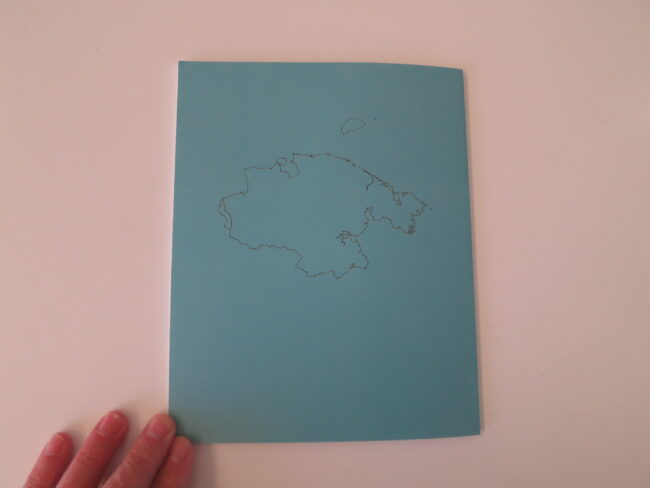 The Art of the Personal Project: Jeff Lipsky