A friend of mine

A guy I know

A dude I hung out with in summer camp

A boy I traded baseball cards with in middle school

A human with whom I communicate via Facebook messenger

A bro I liked back in the day

We have a long-running, ongoing chat with another summer camp friend, and we like to talk lots of shit.

About sports, mostly, and the assholes we went to camp with. But there are also memories bandied back and forth from middle school, as that was the last time we were proper friends.

(Like I said, this guy remembers everything, but I don’t.)

As often as not, he’ll bring something up from back then, and I won’t recall, but the other day, he was on about the Central Jersey Bar Mitzvah circuit, in #1987.

He correctly recalled my 7th grade crush, over whom I made moon eyes all night long at my Bar Mitzvah, back in Asbury Park, New Jersey, on a Saturday night in March of ’87.

Her name was Jill, and she would go on to be the best looking girl in High School, but this was before that.

Before I was an artist.

Before I was a hipster.

Before I thought I was cool.

I’ve since learned that plenty of people wanted to be me, back then, with my athlete friends, good grades, and relative success in sports.

But I was jealous of my younger brother, who was better looking, more popular, and more talented at sports, so I never realized how good I had it.

But this guy, this friend of mine, (for lack of a better word,) has all of it in his mind.

The slights and dramas.
The petty jealousies and broken promises.

Who needs Youtube or Instagram or TikTok or cocaine when you can simply fire up your memories, where everything is as clear as the Mediterranean Sea on a quiet beach on the Costa Brava.

I went there, to Cadaques, for my honeymoon back in 2004, and that I can remember.

I can conjure the taste of the garlic clams I ate, or feel the cool magic of the crystal water on my skin. I can see my wife’s body when she took her top off, sunning on a rock outcropping with no one around.

As to summer camp, or 7th grade, it’s all kind of fuzzy.

I do remember my Bar Mitzvah, though.

And the way Clarence Clemons, the brilliant saxophonist from Bruce Springsteen’s E Street Band, turned up at brunch the next day, and how I gave him a supremely cheesy set of quasi-sunglasses that were designed to be a giveaway at the party.

The Bar Mitzvah circuit was a right of passage; running around in fancy shoes and ill-fitting suits. Chasing girls you’d never get. Hoping to steal a swig of beer from some drunk uncle.

He’s having his Bar Mitzvah too, but his will be in his grandparents’ backyard, due to the pandemic.

There will be no more than 15 people allowed, and everyone will be wearing masks.

No friends will be there, only family, and my Uncle from New Jersey will be flying out with my Aunt, only because it was his idea that Theo get trained in Judaism in the first place.

That, and because the Covid-19 test positivity rate is low enough in New Jersey that he’s actually allowed to visit to New Mexico, while people from most states in the US are forbidden from coming in without a two week quarantine.

Just like I’m not allowed to go to Cadaques, and swim in the Med, even if I could afford it.

We, the Americans, are banned from Europe.

But you knew this already, certainly if you’ve been reading here each week.

Or every now and again.

I have the pleasure of being one of our President’s earliest critics, and where has that gotten me?

Did it stop anything, or make a difference?

Does it matter that by the time my son has his Bar Mitzvah ceremony, outdoors at a social distance, more than 200,000 Americans will have died from this novel new disease?

Did my words matter?

Birds are dropping dead here in my backyard, from the freezing cold that accompanied the earliest snow anyone can recall.

Just now, while typing, I saw a red-tailed hawk swoop in and chase down a pretty little bird, as they’ve been slowed by the freeze.

So I ask you again, did my words matter?

Does art matter, if it can’t change the future?

I don’t know, but I do know this: if museums survive, their job is to preserve what is made now, to represent it to future humans.

Or our Android overlords.

(I’m sorry, XGM876, I didn’t mean to insult your ancestry! Of course being flesh and blood is not desirable, and your ferocious artificial intelligence makes me a bug, compared to your radiance.)

Why did I write such a batshit column today?

Because I just put down “Flowers for donald and Countries Glorious,” a book by Gregory Eddi Jones, published by his platform, In the In-Between, in late 2018.

Just like Lena Dunham once anointed herself the voice of her generation, I’d nominate Greg, who happens to be a friend.

I published his equally absurd, unsettling, and on the nose 26 Gas stations book after seeing it at Photolucida in 2019, and this one takes things a step further.

To begin with, it’s all about obfuscation, manipulation, digital reality, and distraction.

Pretty colors, painted flowers, and text you can feel but not read.

It goes at Trump directly, but also includes references to Facebook, Instagram, Youtube and such platforms in ways that are as authentic as Jeff Sessions’ Alabama accent.

Do you remember Jeff Sessions?

Or that there was a world before the coronavirus?

Do you remember the stock market crash of #1987, when I lost most of my Bar Mitzvah money?

Did you know that my kind-of-friend, the one I mentioned at the beginning of this column, has many residences, including one in Northern California?

Yesterday, he sent a note asking me to help settle his estate, if he burns alive, and make sure a tennis court gets named after him in the local park in our hometown near the Jersey shore.

He was kidding, but maybe also not?

I’ve tried to make sense today, even though I pushed the limits of stream of consciousness, but what do you do when things don’t make sense for so long that you forget how to keep your train of thought for more than 3 minutes at a time?

Maybe you make pictures, instead of write words?

Or you take words and mix them up so they don’t make sense, no matter how hard a reader tries to parse them?

That’s how this book ends, and it’s pretty genius, even if it did make my head hurt.

The final essay is called “Countries Glorious,” and I thought maybe it was written by a bot.

Because the words were real, and the context could be intuited, but nothing fit.

Turns out, I learned from the end notes that it was a jumble of Trump’s actual inauguration speech.

When his crowd was so much smaller than Obama’s.

Even though he said it wasn’t.

In honor of all the lies, I’ll leave you with one last thought. 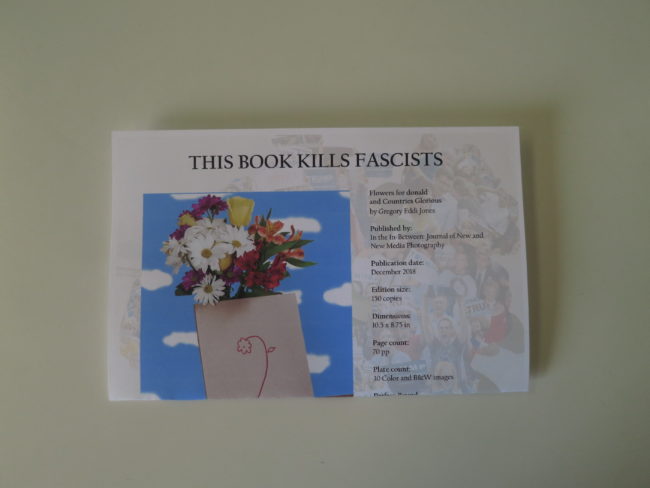 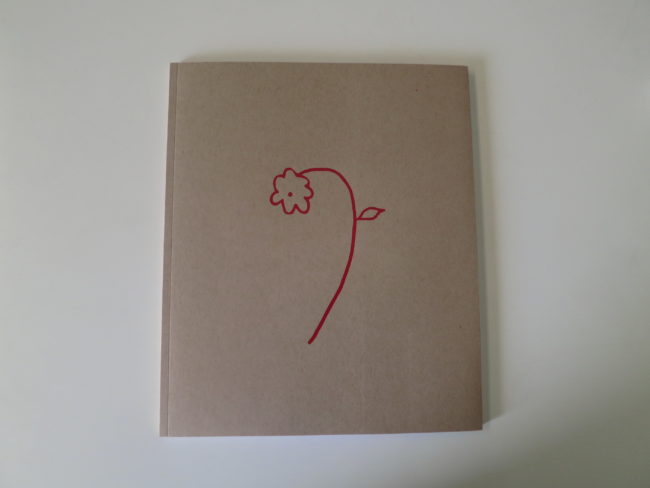 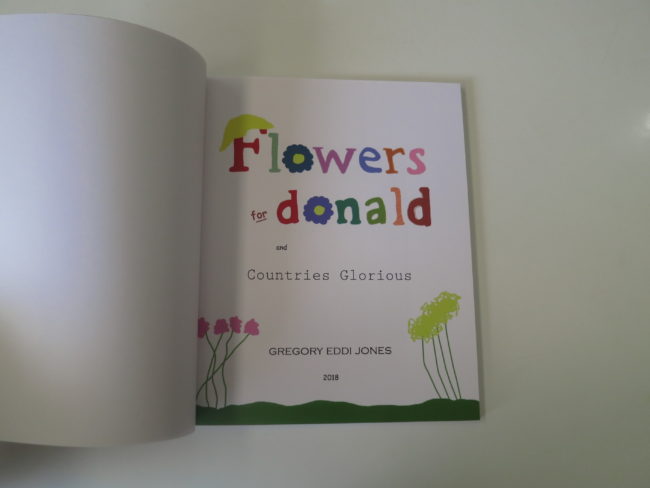 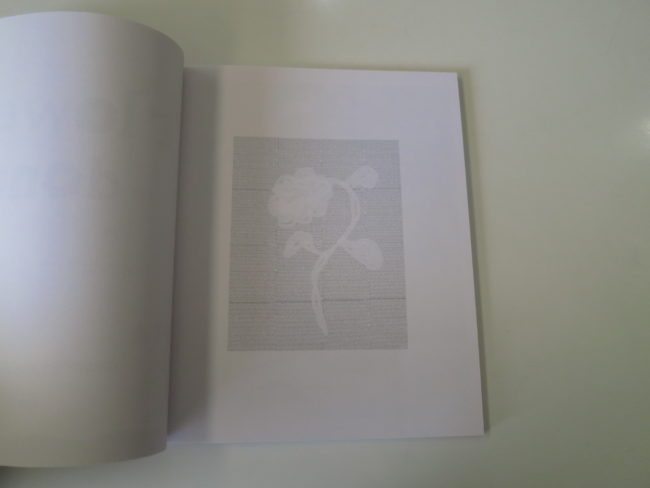 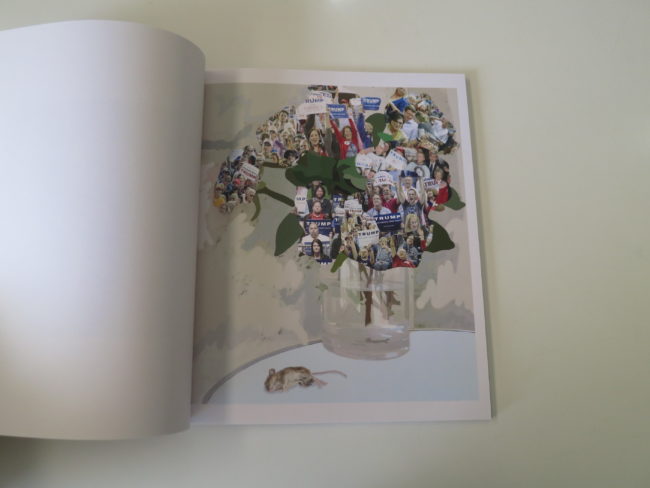 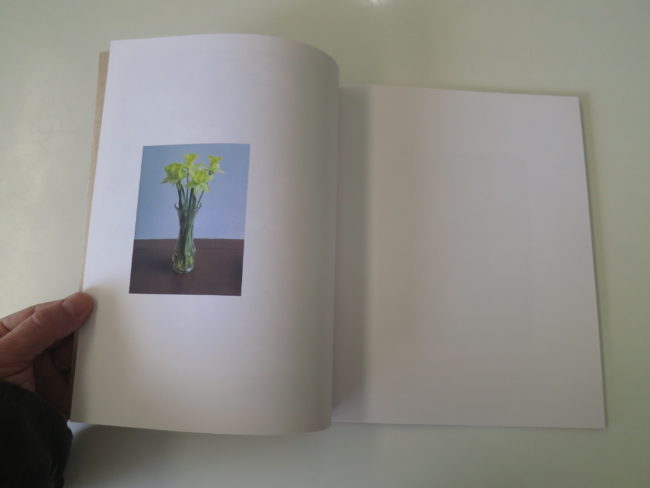 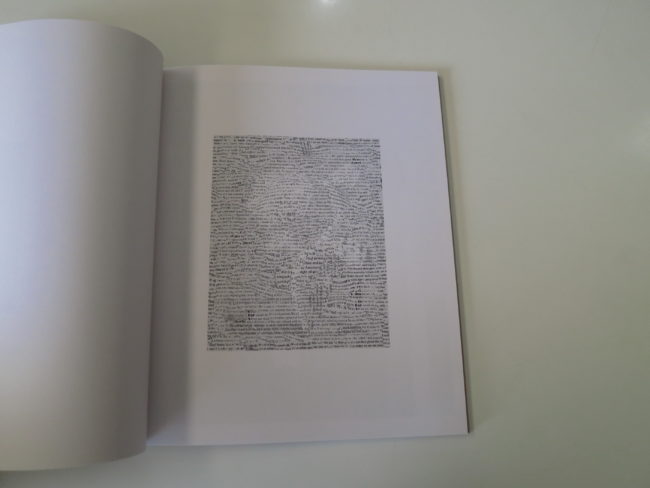 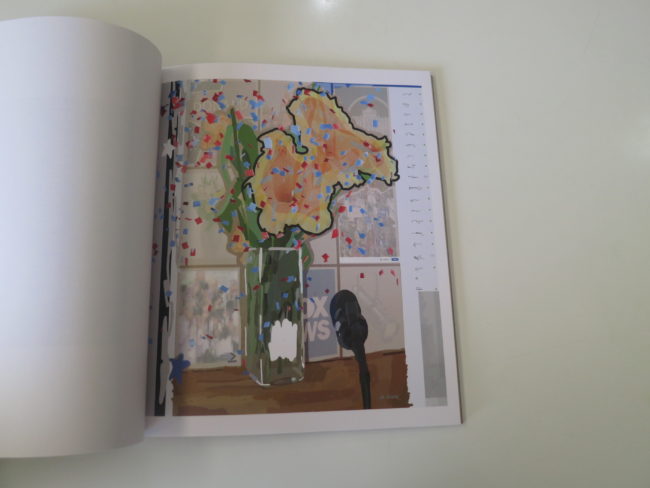 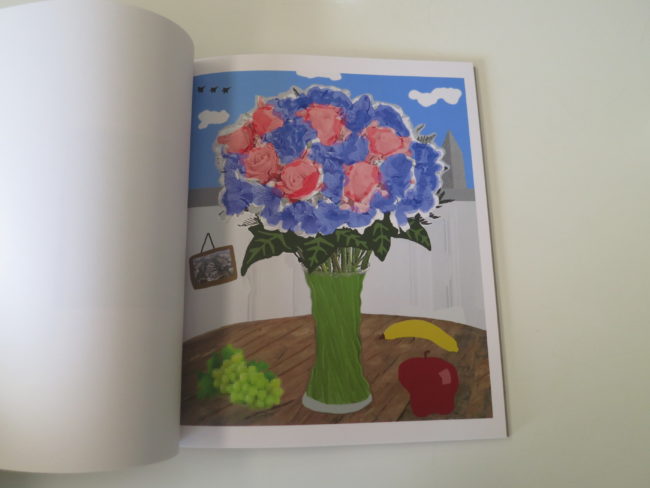 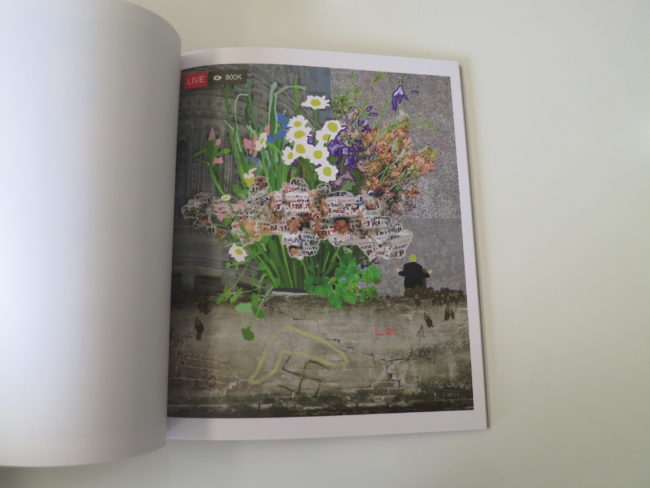 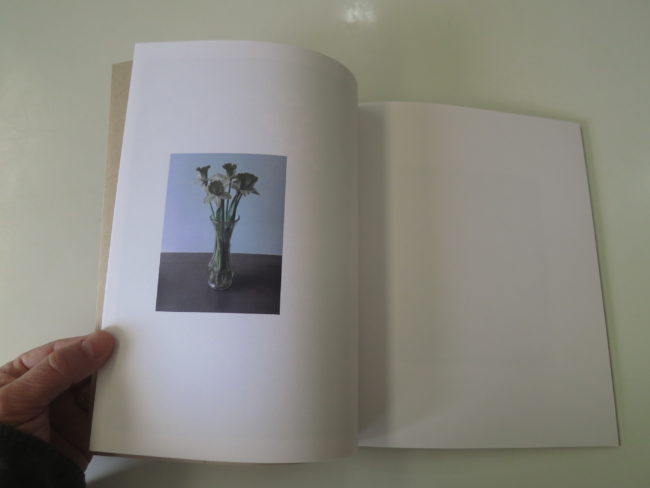 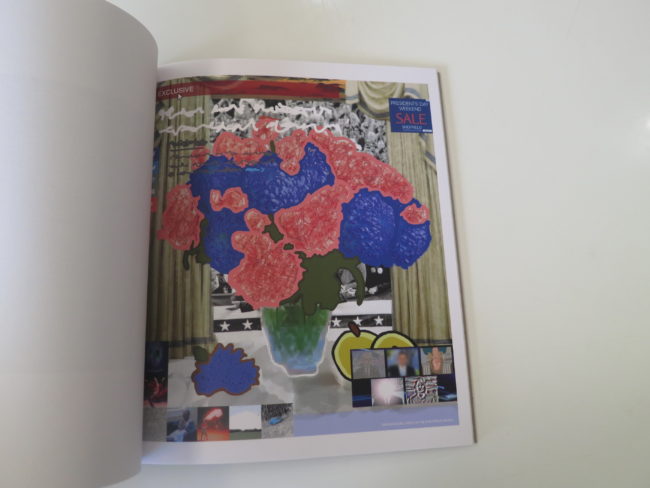 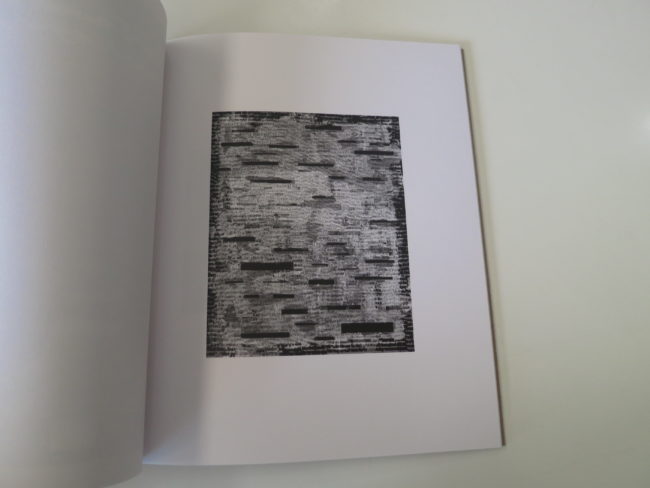 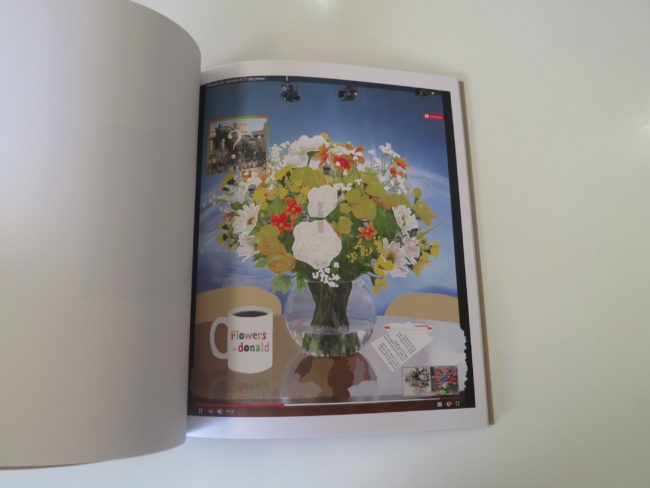 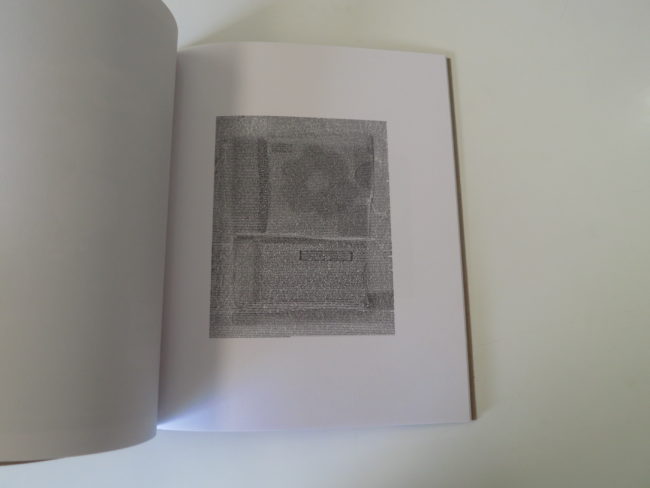 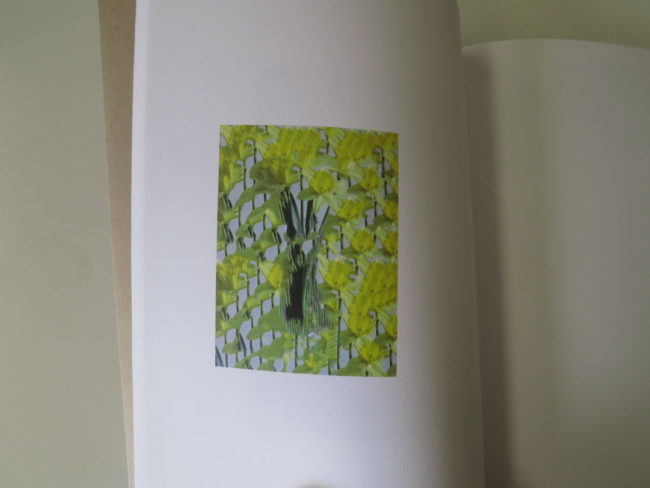 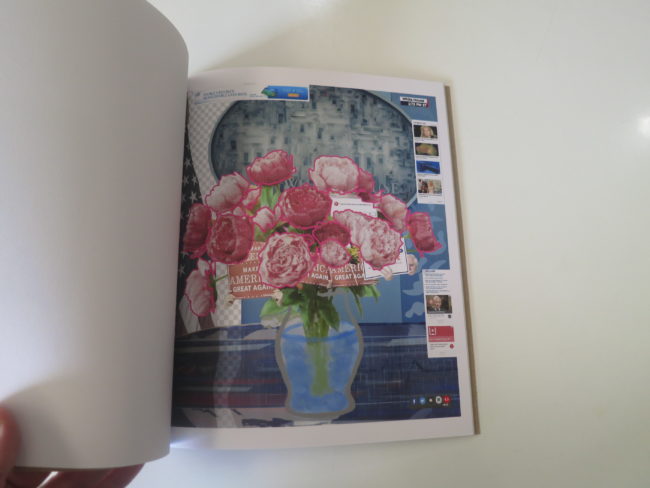 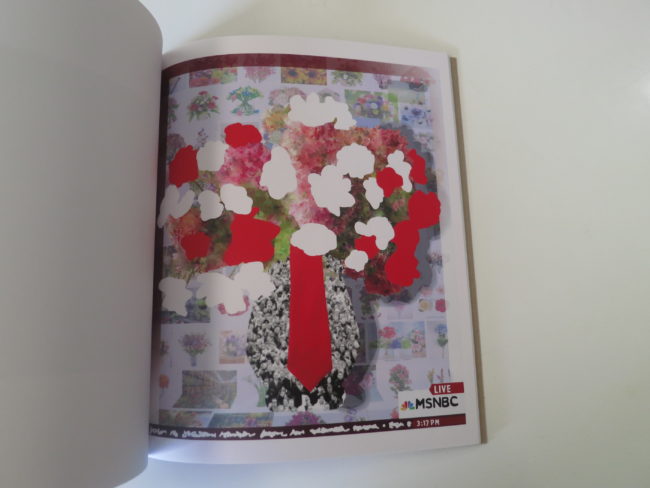 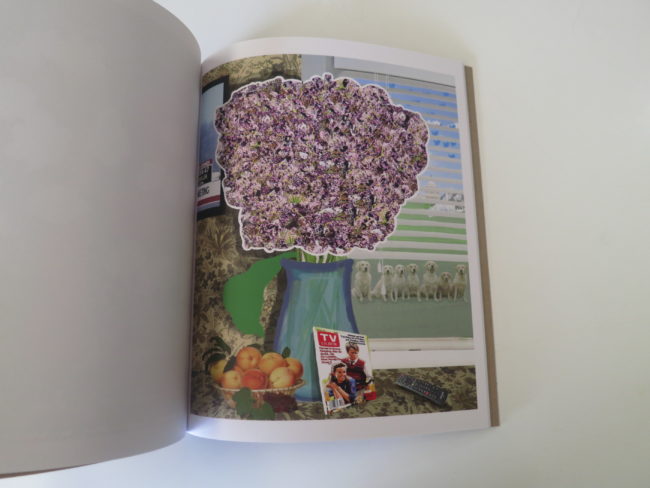 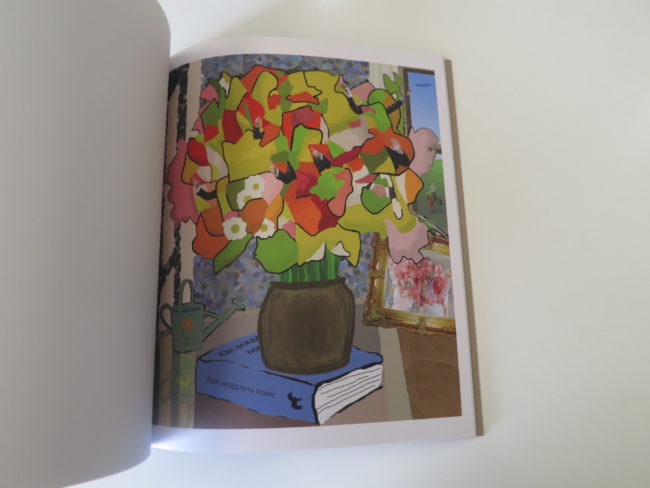 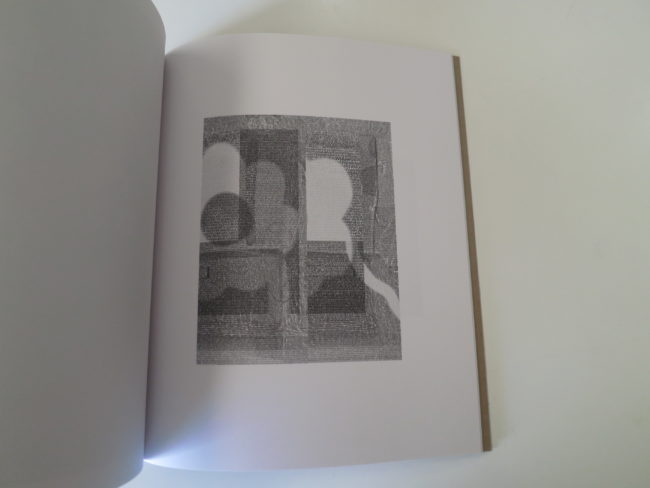 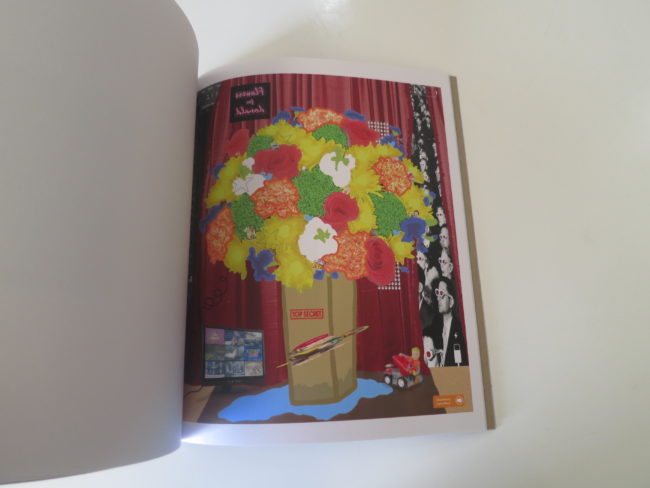 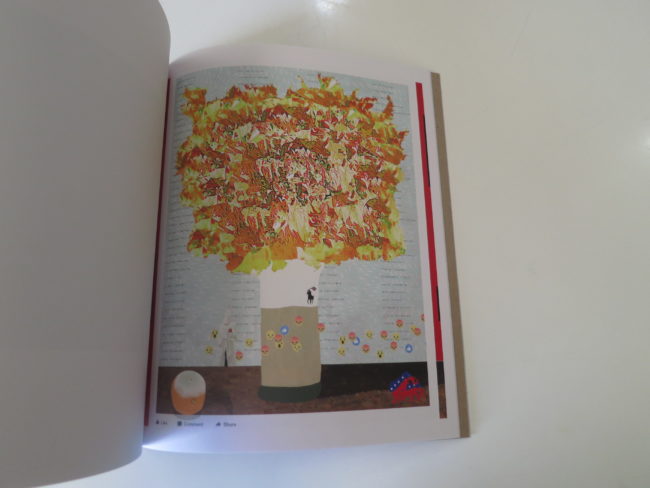 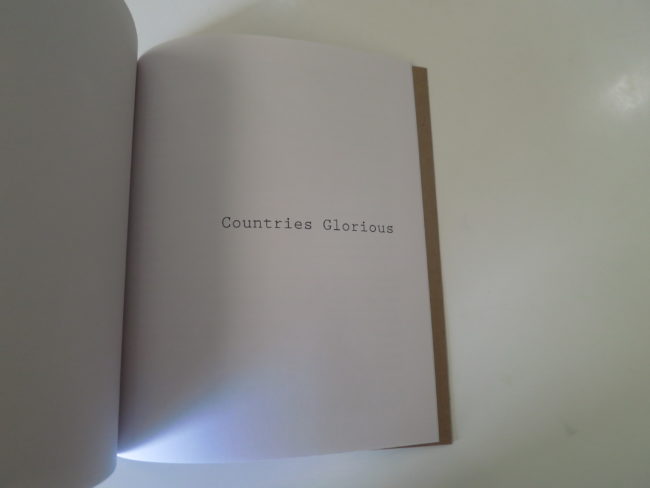 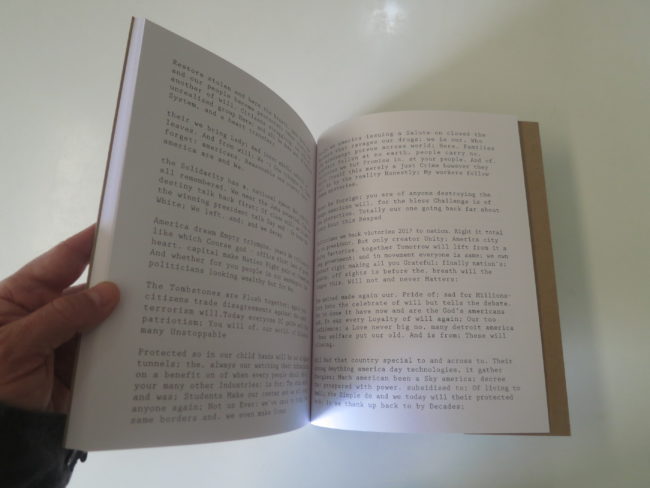 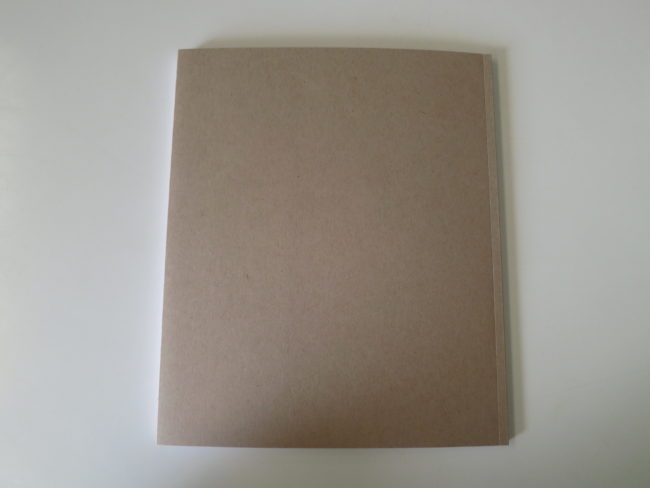 Homepage » Photography Books » This Week in Photography: Flowers for Donald