I was wondering what to write about this morning.

No strong pull in any direction. (Which is rare.)

So I dropped into a kneeling-Japanese-meditation-pose I learned in Aikido.

I calmed my mind, focused on my breathing, and at first, tried to figure out what my psyche was interested in. The last few stories from London? A new book from the pile? Anything about Chicago?

But I quieted those thoughts, because why else meditate?

After a few minutes, I opened my eyes, and the first thing I saw was a book I’d considered for review twice before.

Each time, it didn’t connect.

So of course I picked it up, and fell in love, as it’s perfect for today. (But we’ll get to that.)

A month ago or so, I wrote about synchronicity, so of course that was the first thing I thought after re-discovering today’s book.

My mind jumped to “Synchronicity,” the album by The Police from somewhere around 1984. (Summer ’83, apparently.)

It was their biggest pop culture breakthrough, and as a kid, (I would have been 9,) I remember it as melodic, with a big anthem song.

Which was it?
(“Every Breath You Take.”)

So I go to Spotify and put on the album. (Or its digital playlist equivalent.)

What did all of America go gaga for in 1983, I asked myself?
What’s the story here?

Right away, it was clear the lyrics and energy in the music were dystopic. Some songs were downright dissonant, which goes against the band’s traditionally excellent harmonics.

And really, that title.

It implies synthesis, like connections are a good thing. But the songs were disturbing, and really, I couldn’t connect the dots at all.

It made no sense.
None.

So I picked up my phone, and sure enough, the Spotify was stuck on Shuffle Play.

I couldn’t turn it off.

The AI broke, so I wasn’t getting the flow the band intended. Even so, the songs were almost universally creepy, disturbing or violent, even though the melodies were often pleasant.

This was the biggest album in America in #1983, and made The Police briefly the biggest band in the world? (Before they walked away on top.)

What does that all mean?

I decided to go down a rabbit hole for you.

I did some digging, found a lyrics website, hit up Wikipedia and Youtube, some other places, and got info from The Police’s official website as well.

I also listened to the album again, in sequence, manually advancing the titles so I could get the intention, while reading the lyrics.

“Synchronicity I,” the first song, speaks directly to the Jungian principles by which the album was inspired. Carl Jung wrote a book called “Synchronicity: An Acausal Connecting Principle,” and Sting read it. He was also into “The Roots of Coincidence” by Arthur Koestler, as The Police named their previous album, “Ghost in the Machine” after one of his novels as well.

Synchronicity was Jung’s theory that events otherwise deemed coincidental might in fact have meaningful connections.

So the album opens by referencing those ideas directly, in a song called “Synchronicity I.”

We feel you, Sting.

The next song, “Walking in Your Footsteps,” is about dinosaurs, and our relationship to extinction.

Oh, and I should mention the album cover was shot by Duane Michals, (who gave the best lecture I’ve ever seen at the Medium Photo Festival in 2014,) in which Sting posed with dinosaur bones. 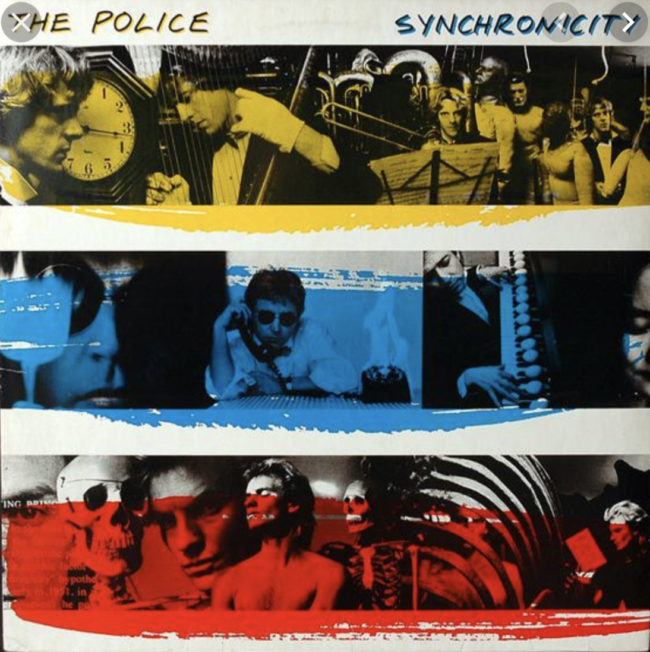 Totally prescient, as far as our empty digital connections supplanting IRL experience in #2019.

In ‘Mother,’ maybe the less said the better, as Andy Summers screeches about a Mother like he’s Norman Bates.

Then in Miss Gradenko, Sting wails,

This is one messed-up piece of art, that somehow got packaged as pop music for the masses.

I need to take a break.

The #1983 vibe is feeling a bit too much like our current moment. They were living under the constant threat of nuclear annihilation, due to the Cold War, and we’ve got Trump and climate change.

So.
Let’s talk about the backstory. 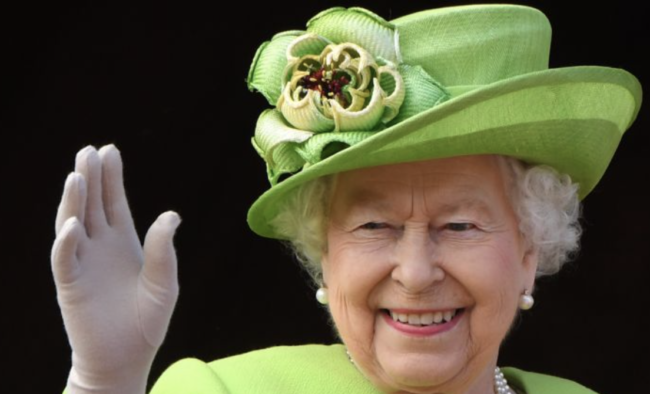 Sting, according to Wikipedia, only became a musician due to “happenstance.” He grew up near the shipyards in Northeast England in Northumberland, (and was headed towards that career,) but once saw the queen, who waved at him, and that gave him the courage to turn his back on convention and become a creative person.

He worked his way up, and got married before he was famous, as the three man band laid down hits in their first four albums. (“Zenyatta Mondatta” was always my favorite.)

But by the time The Police made “Synchronicity,” their their final album, Sting was going through a nasty divorce, as he’d taken up with Trudie Styler.

Also, the band supposedly HATED each other.

While “Synchronicity” was made on the island of Montserrat, the three musicians, Sting, Andy Summers and Stuart Copeland, were literally recording in separate rooms.

And fistfights were reported as well.

On The Police’s official website, for heavens sake, Stuart Copeland admitted “The whole album was recorded in an unbelievably bad atmosphere.”

In the music video (for MTV,) the three band members are almost always 10-20 feet apart, lip-synching on radically different platforms, and Sting looks like a dead ringer for Billy Idol. 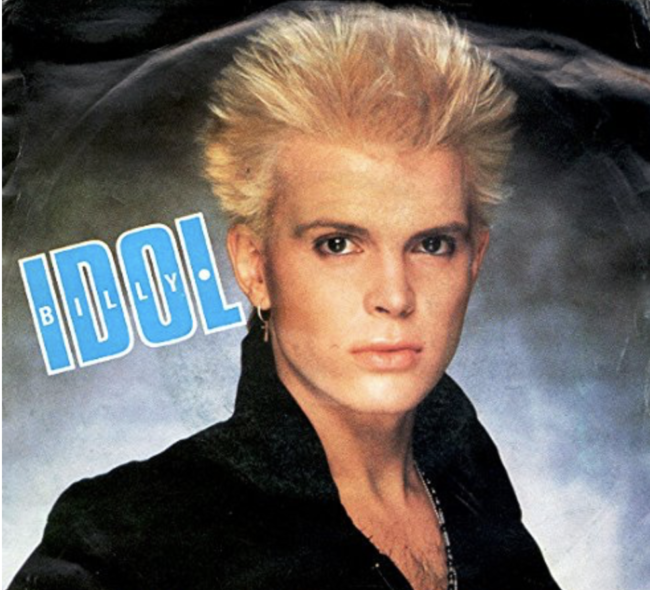 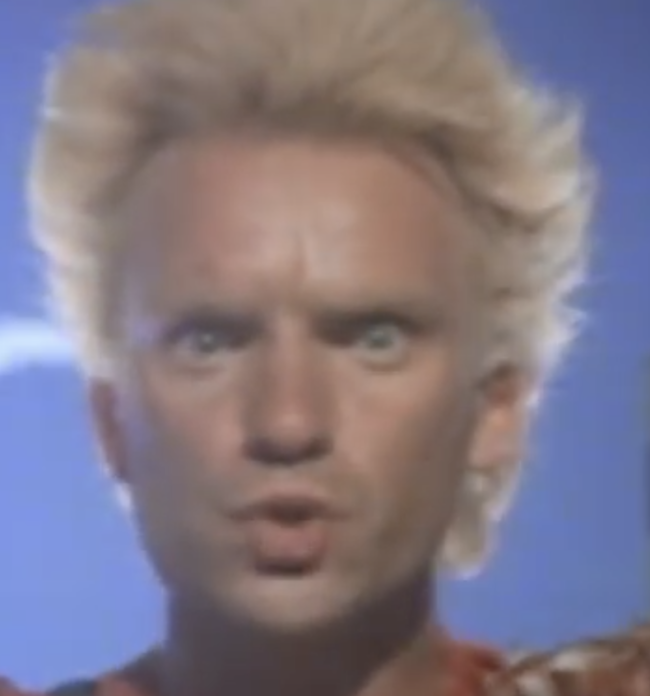 Just to add another layer of meaning, Sting wrote some of “Synchronicity” in Jamaica, in a house called Goldeneye, sitting at the same desk where Ian Fleming wrote James Bond.

After Miss Gradenko comes “Synchronicity II,” a song about a tired worn-out-sap who’s about to snap from family, factory work and traffic, all juxtaposed by the rising of an actual monster in a Scottish loch.

Next comes “Every Breath You Take,” which is the most obvious stalker song to ever become a mainstream hit.

“Every breath you take ,and every move you make
Every bond you break, every step you take, I’ll be watching you,”

And it only gets more specific from there. Lots of watching you, and you belong to me.

How was this song ever considered pop music material?

Sting himself later said, “I think it’s a nasty little song, really rather evil. It’s about jealousy and surveillance and ownership.”

Then in order we have “King of Pain,” and “Wrapped Around Your Finger,” (we get it,) and “Tea in the Sahara,” which ends with women burning in the desert with cups of sand.

Finally, there’s “Murder By Numbers,” which is about becoming a serial killer.

And the only reason I’m writing any of this is because I saw a book when I opened my eyes from meditation, and took it as a “sign,” which led to a creative rabbit hole, which led to this column.

It was a trove of photographs from the 19th Century that captured my attention today, in “East of the Mississippi,’ an amazing photobook that turned up in the mail a couple of years ago.

It was published by Yale University Press, for an exhibition mounted by the National Galley of Art, that I eventually saw at the New Orleans Museum of Art at Photo Nola in 2017.

And the day, the year, the light, the circumstance.

Perhaps I’d grown so accustomed to the Western landscape, living in the heart of the American West this last decade and a half.

East of the Mississippi, they’ve got small mountains and clustered landscapes.

Not nearly as dramatic, or dynamic.

Perhaps the equivalent of a cool Bordeaux, in lieu of a bold Ribera del Duero?

There is also a lot in this book that feels historical, or at least done by “lesser” photographers. Men (because let’s be clear, it’s nearly if not all men,) made work that was preserved for us, and on this viewing, I found it all interesting, historically.

And just as I found myself mentally comparing to Roger Fenton and Gustave LeGray and Carleton Watkins, as opposed to the more regular-guy-work in the book, I’d turn a page and something would jump, done by a clear talent.

George Barnard, one of my favorites, emerged. Or the Bierstadt Brothers. Timothy O’Sullivan, Arthur Dow, Steichen and Stieglitz.

The more talented photographers, or at least the images that had the most gravitas, would elevate the experience. It got me excited, as a viewer, waiting for the killer stuff within the edit.

(In this way, I was introduced to Isaac Bonsall, and Thomas Johnson, whom I didn’t know.)

But the landscape is varied, too, from the Deep South through the Midwest and New England.

So many lovely ones, amid the plenty.

There are train tracks and bridges, steam ships and water falls.

Men of industry, and beasts of burden.

It really is the perfect book for today, as it reminds us that time marches on, and no one knows what’s coming.

And as for synchronicity?

How did I know we hit the big time again?

I heard it was off the hook.

Bottom line: Exquisite exhibition catalogue documenting half of the past of America 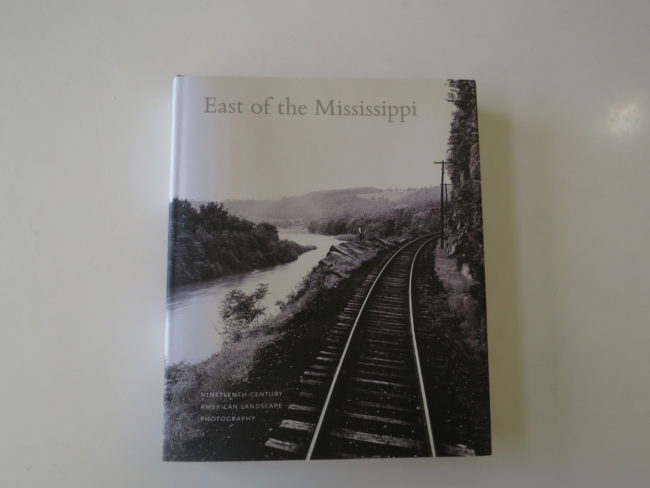 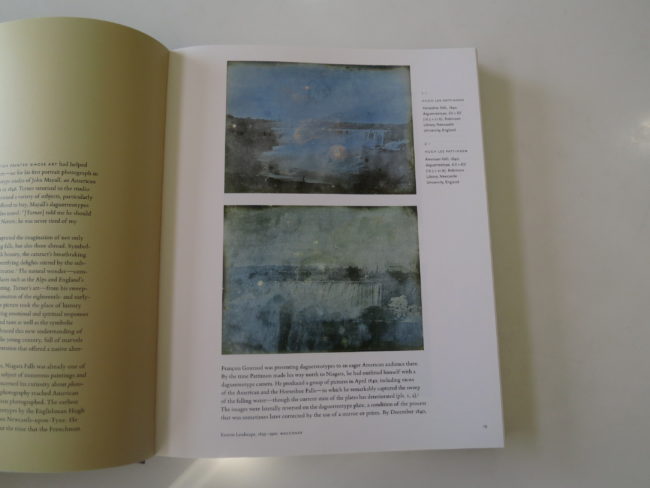 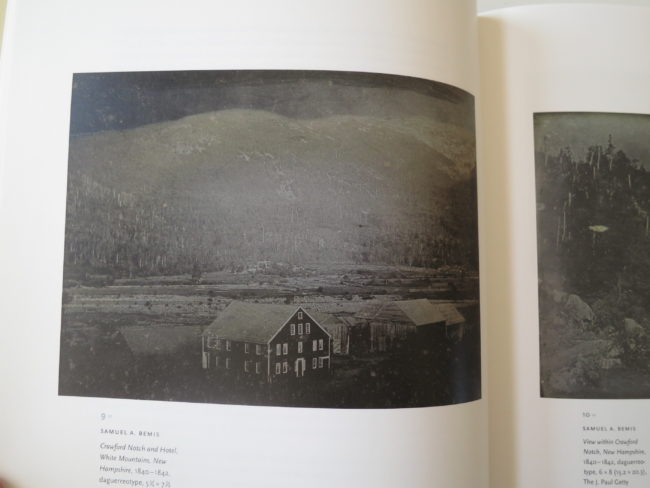 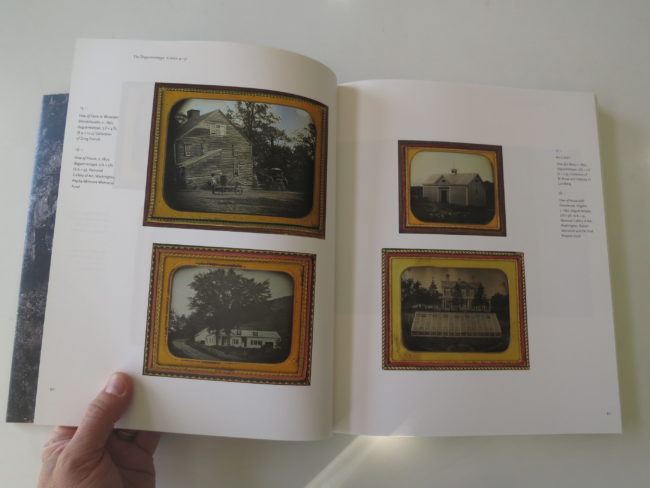 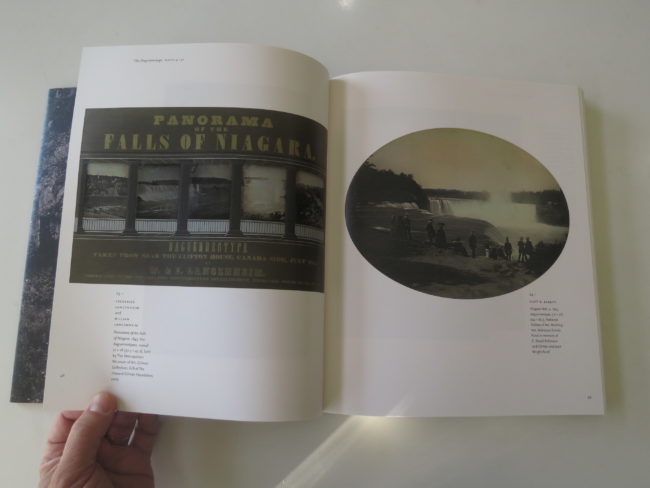 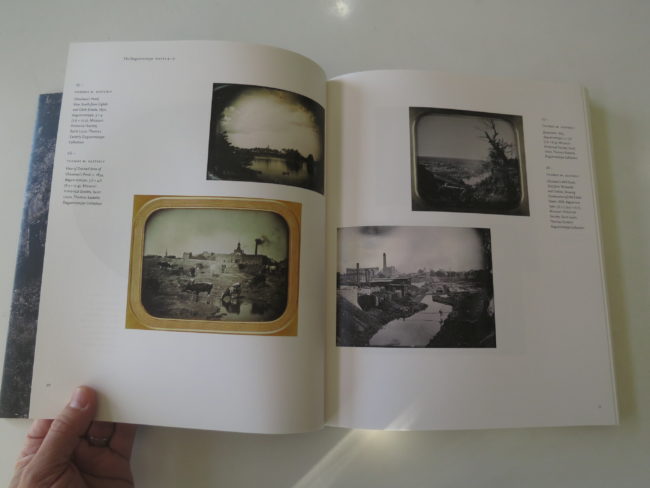 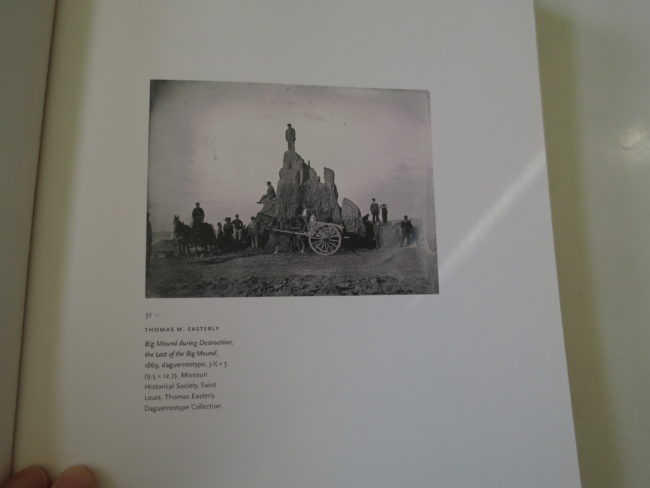 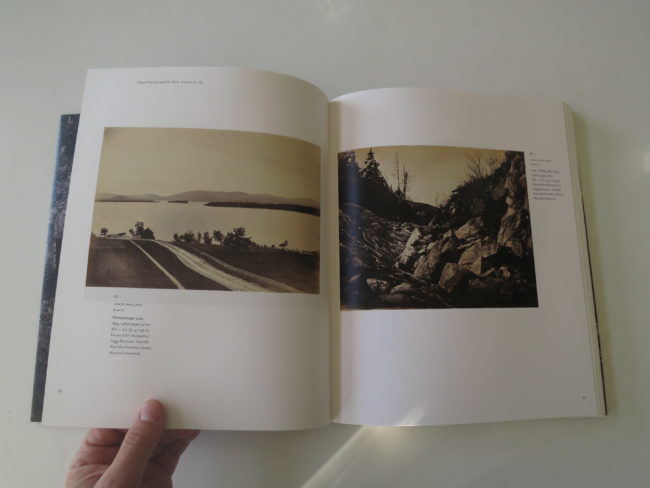 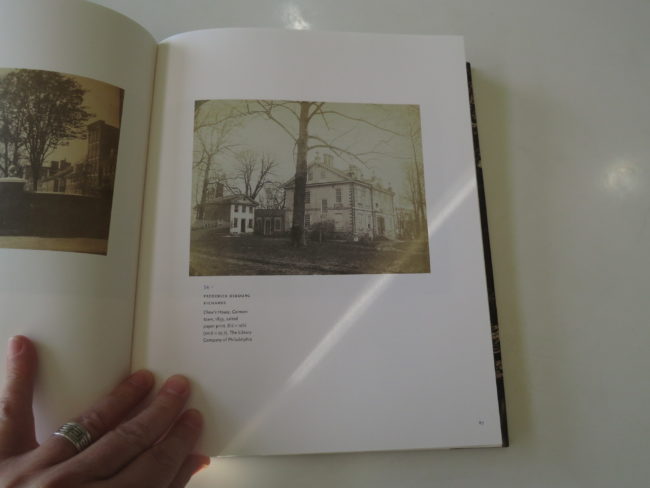 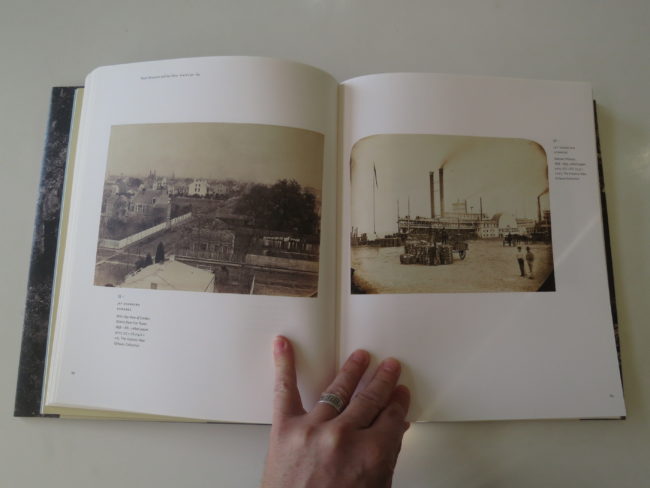 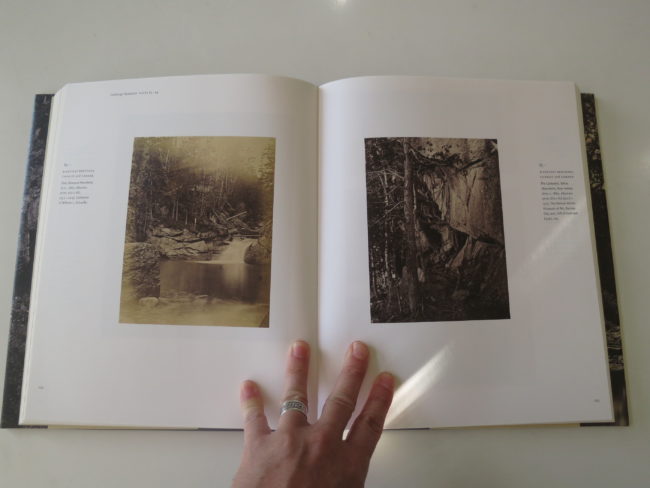 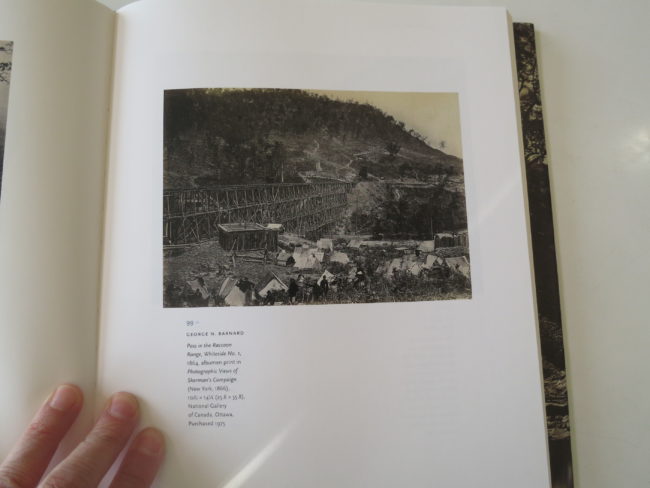 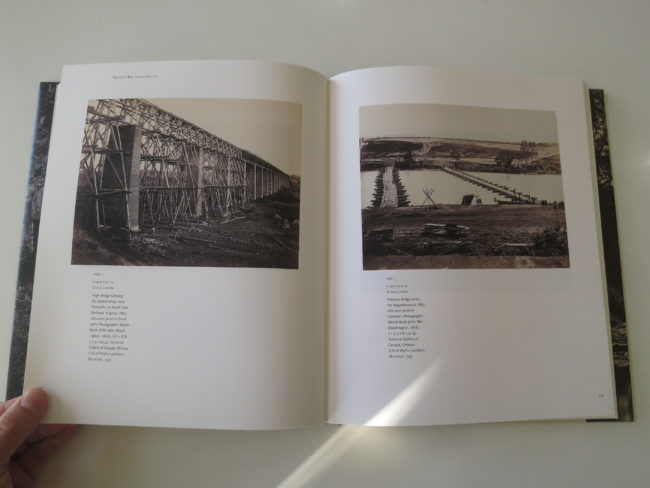 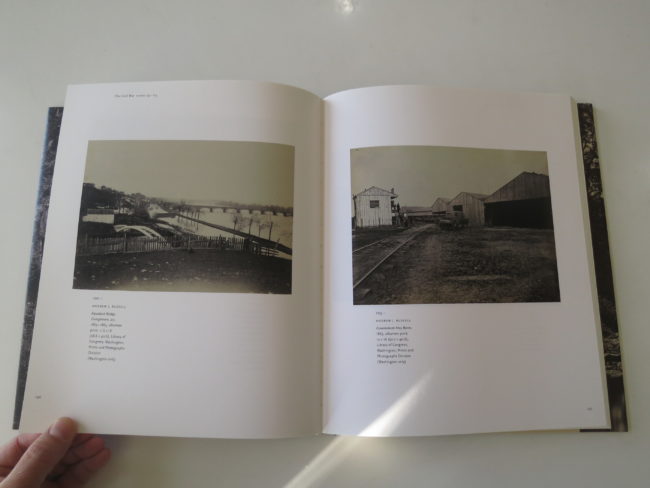 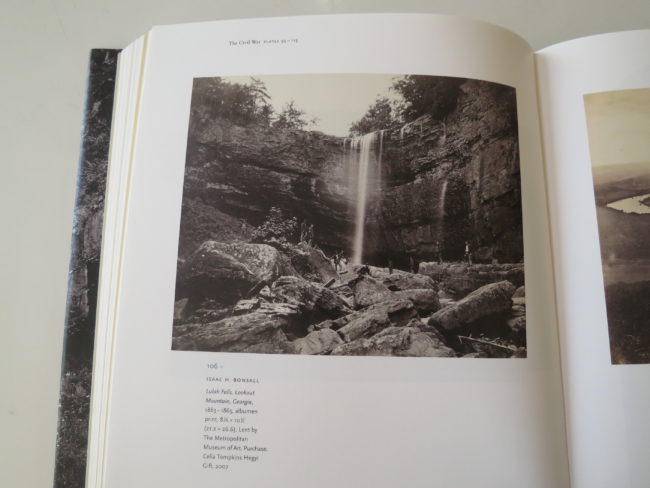 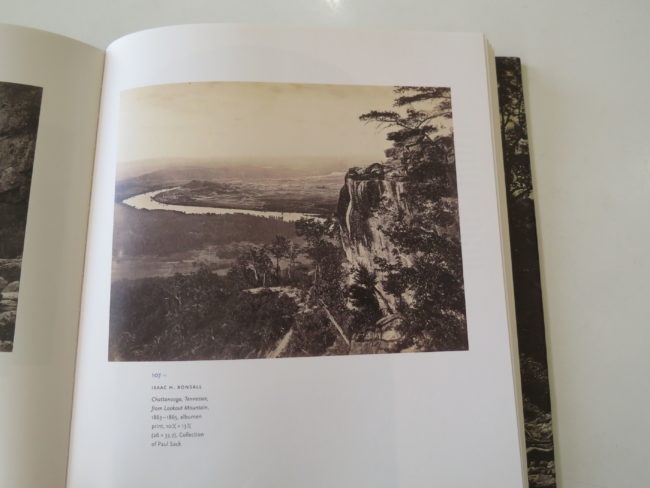 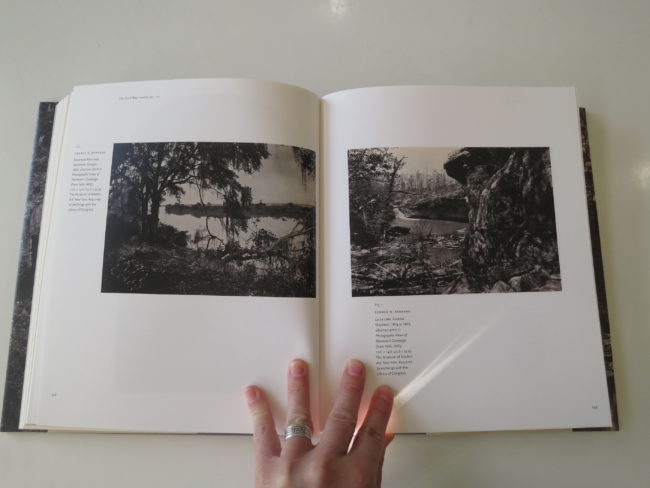 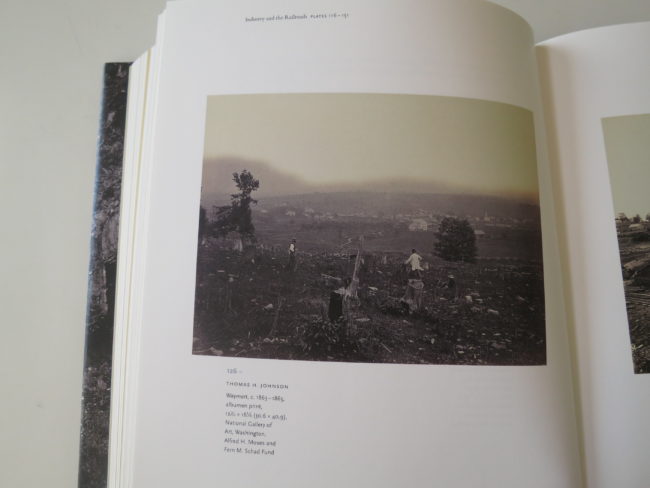 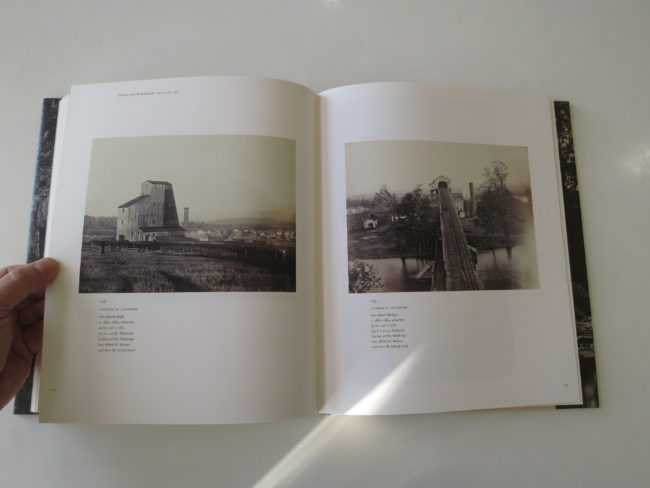 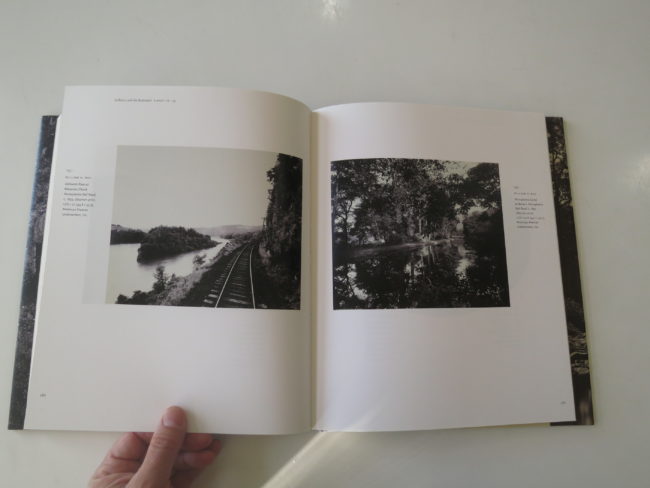 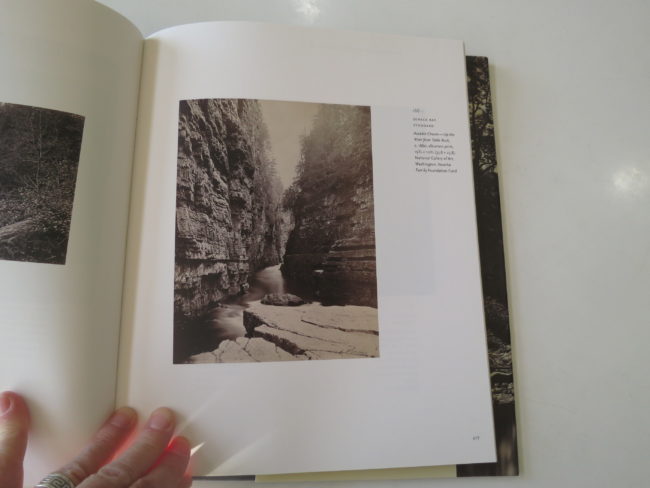 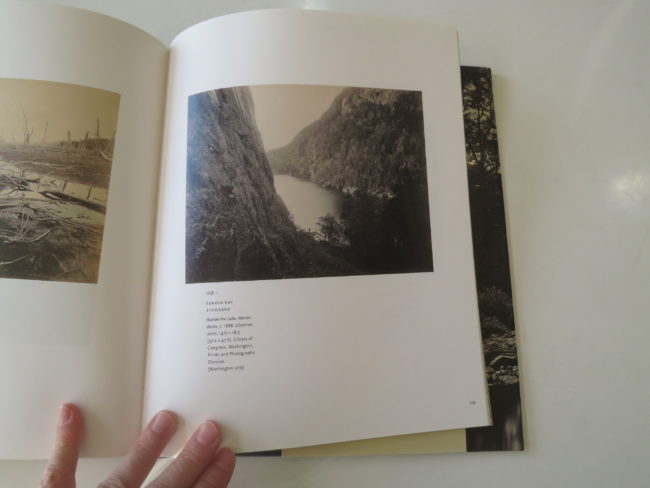 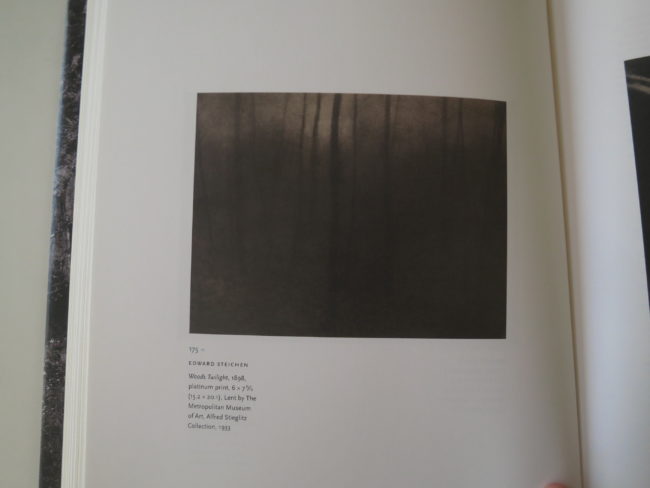 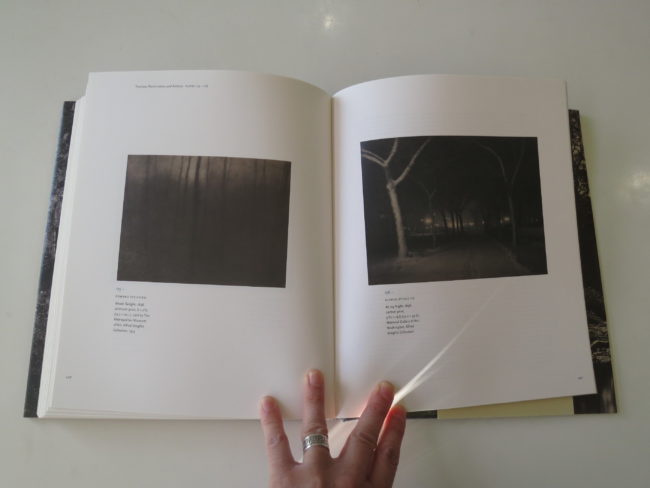 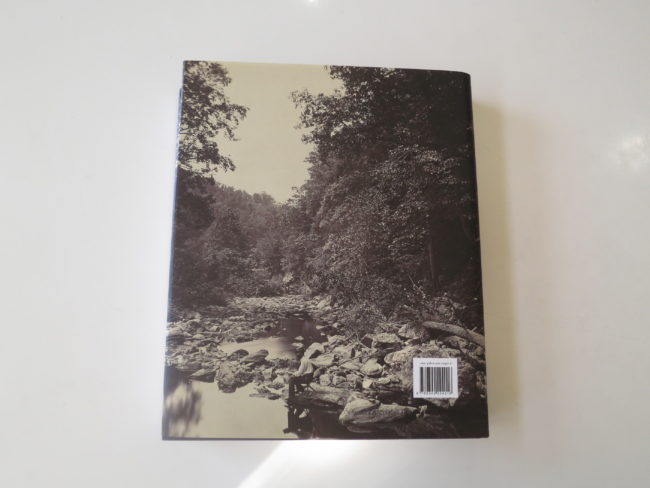 Homepage » Photography Books » This Week in Photography: East of the Mississippi