Traveling to Denver for the Month of Photography 2019

There was a time, years ago, when I wrote travel pieces in the column.

I regaled with tales of cities near and far.

I also reviewed photography exhibitions, and for years I interviewed photo industry types, transcribed them myself, (yes, it was laborious,) and shared lightly-edited-long-reads with you, our loyal audience.

That this column has evolved into mostly book reviews, with a few portfolio review stories sprinkled in is mostly a function of habit, and the fact that I am a much busier person than I was when I began writing here nearly 9 years ago.

But…(there’s always a but,) I do try hard to freshen things up from time to time, because lord knows I don’t want to bore you.

This year, my upcoming travel schedule is immense. Like, I’m not sure how I’m going to make it all work.

It’s a good problem to have, and I promise I won’t complain about it, but I’m hoping to turn it to our advantage.

Most, if not all of the trips will have a photographic context, so I’m hoping to review more exhibitions this year, and write about the cities themselves. (Like the old days.)

I bring this up because last Saturday morning, shortly after breakfast, I hopped into my black SUV and hit the road North to Denver.

There is absolutely nothing wrong with going into Casa Cannabis, the first weed dispensary across the state line, and buying some legal marijuana. That the guys working there know your name when you walk in, and hand you a $4 Willie Nelson joint as soon as you say “I’m heading north to Denver,” makes it all the sweeter.

You’ve likely heard about the fact that legal marijuana has become a more frequent occurrence here in the US, with 10 of 50 states legalizing it. (And more that allow it for medicinal purposes.)

That New Jersey and New Mexico, my OG and adopted homes, both narrowly rejected legalization in the same month was a cruel irony for me.

From San Luis it’s only 15 miles or so up to the feet of Blanca Peak in Ft Garland, and then it was a straight shot over La Veta Pass, crossing the Rocky Mountains at a fairly low point. (Fairly low being only 9.426 feet.)

On the Western side of the pass, you’re in the San Luis Valley, at 8000 feet, and the places smells more like the Wild West than Bill Hickok’s underwear.

Cross over, through last summer’s fire damage, and you find yourself staring at 1000 miles of the Great Plains. The light and colors are different.

(The altitude is lower on the Eastern side, so much so that heading home I lost 20 degrees Fahrenheit in 10 miles.)

After a quick pee stop at a surprisingly crowded gas station in Walsenburg, (an insanely photogenic town, if you’ve never been,) at the junction to I-25, I got on the interstate and made great time, at 80 miles an hour, until I hit the north side of Colorado Springs.

C Springs, as we call it in Taos, or The Springs, as I’ve heard it called elsewhere, is one of the most conservative places in America. The Evangelical preacher James Dobson has his Focus on the Family there, and gobs of churches abound.

The Air Force academy is there as well, and you can add the military to Evangelical Christians as the two most consistently conservative blocks in the US.

It’s a pocket, though, one that sits above the predominantly New-Mexican-derived Southern part of the state. (Pueblo is traditionally considered the dividing line between Northern and Southern Colorado.)

All was well, and I was imagining the food treats I would buy at the outlet mall at Castle Rock, when I ran into a nasty construction-traffic-monster-fuck just outside Monument.

If I were smarter man, I might have gone online to discover such problems. Instead, I drove straight into a 1 hour cluster-bomb, and found myself licking the barbecue flavor off my fingers, after eating every potato chip in my car. (Yes, I’m exaggerating.)

Now, I was about to tell you about my shopping adventures, because I got a great deal on a cheap suit, but realized that was just one step too far. (Even for a travel piece.)

Plus, I want to give Denver some love before this column is over.

Really, it’s about Denver up there in Colorado.

They call it the Mile High City because it sits just above 5000 feet. (These days, Gen Z might get confused and assume it’s because of the Green Rush.)

As you know, I’ve been to most of the major cities in America, and Denver is the biggest boom town I’ve seen in this country over the last ten years.

I had a couple of shows there years ago, but because I have
family in Denver and Boulder, every trip gets eaten up by the kids and cousins.

I never carve out a chunk of time to work, so I haven’t been to the galleries or the museums, with few exceptions.

Why was this time different, you ask?

Well, the fact is, I give you all so much advice. It became my motivator. I always say, “Get out of your comfort zone. Do things you haven’t done before. Go see people in the real world.”

When I heard that one of my best friends was invited to be a portfolio reviewer at Denver’s Month of Photography 2019, I told him I’d drive up to say hello and check out their scene.

I admit, it was a first, going to a portfolio walk at a place where I wasn’t invited. (The portfolio walk in downtown Denver, like at most festivals, was free and open to the public.)

There were a few “what are you doing heres?” and a bunch of people who came up to say hello with a bemused look on their face.

When I was asked why I’d come, I told the truth.

I get flown around the US to all these festivals, but I didn’t really know the folks in the Denver scene. So I took it upon myself, on my dime, to go see what things were about.

(And to visit my friends, as another had decided to come hang out as well.)

If you want to meet people, sometimes, it’s better not to wait around and hope.

You just make it happen.

As it turns out, I saw enough cool work that night that I’ll be writing an upcoming article about “The Best Work I saw at the MoP2019 Portfolio Walk.”

The folks at the review told me it had been run for years, (as had the festival,) by Denver’s photo guru Mark Sink, but that CPAC, the Colorado Photographic Arts Center, would be taking it over for the 2021 festival. (It’s a biennial.)

My friends and I walked around downtown Denver a bit, which was quiet, and then Ubered it to Union Station. (Thanks, Jeff.) My brother, who’s a Republican and works in commercial real estate, told me its the most exciting development in the State of Colorado.

There were trains right outside that you had to walk around, in the open air, which was kind of cool, and inside are a bunch of food shops and a big restaurant/bar, The Terminal Bar, where we had some drinks and food.

The Apricot beer I drank was pretty badass, if I’m being honest, but the blackened chicken and prosciutto sandwich that the perky, nose-ringed waitress recommended was bland.

The bread was very white, as is the city, in most cases. And it’s hard to feel like there’s a strongly beating soul within.

But maybe I was looking in the wrong place?

Maybe the skyscrapers, grand public spaces and business auditoria are not best to judge the city?

What about a little strip mall, miles from LoDo or the hotel strip?

What about a place, on South Colorado Blvd, just off the I-25 highway interchange, a bit past a big Dave and Busters.

Not much to look at, really.

Kind of a dump.

There’s a great recreational dispensary called The Clinic a block away as well.

Is that cool or what?

Does that count as soul, when judging a city?

The next morning, I met my artist/curator/filmmaker friend Jina for breakfast at the transcendent The Delectable Egg in Lowry. It is officially my favorite breakfast place in America, so that’s something.

The waitress was sassy like out of a sitcom, and I let her steer me gently, as I’d apparently chosen her favorite thing on the menu, a tortilla pie, (like enchiladas but with flour tortillas,) but she said I needed to sub bacon for boring old chicken.

She never rushed us, not for a second, even as the tables turned around us and the line formed outside. (Our conversation was engaging enough, in fairness, that neither of us noticed the crowd.)

But it was that table turnover that I want to mention, specifically.

I’m only outing my brother’s politics because he expressly complained that the new Democratic regime, which controls the governorship and legislature, might mess up this mega-boom, which has gone on for so long that they’ve begun lighting the cranes purple at night. (No lie.)

Denver is now so blue that it’s hard to believe it’s changed this fast.

When I first got there, a friendly couple of African-American women were sitting opposite each other to my right. They looked like friends in their late thirties.

The woman on the left said, “Happy Sunday, how are you!”

We had a nice little chat, as we were both excited to be there. Her daughter, who hadn’t been there before, was more dubious. (I would have guessed sisters before mother and daughter.)

They were replaced, after 30 minutes or so, by a heavy-set, middle-aged lesbian couple. One wore a baseball hat, and we never really spoke or made eye contact at all.

Only on the third seating did a nuclear, young, white, (probably,) Christian family sit down next to us.

In the recent past, it would have been 3 out of 3.

(That kind of energy, where diversity is burgeoning, is exciting.)

Now, I know that a thriving, wealthy city, with all sorts of undiscovered pockets and cultural resources, is only 4 hours from my house in Taos. 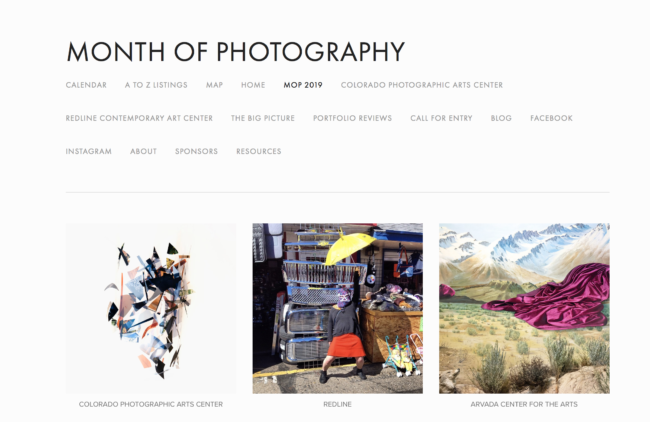 The Art of the Personal Project: Mark Laita 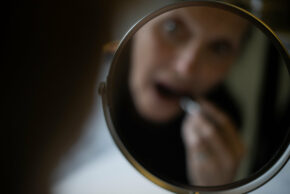 This Week in Photography: Be Memorable