Kids today are a bunch of sissies.

I’m willing to bet that’s always been the refrain of the older generation, but I know for sure it’s a popular opinion at the moment.

Because I heard it directly on two occasions in the past week.

Last Thursday, I had a beer and a plate of tacos with two of my teaching mentors, Jim and Ed. These guys are role models for me, as they each represent the Platonic ideal of a Renaissance Man. (How’s that for mixing time periods and metaphors?)

Each worked in the Taos school system for years, in various capacities, and each is equally comfortable out of doors. (Even as age catches up with them.)

Jim and Ed were bitching about how they can’t work as long as they used to, and how it’s hard to reconcile their current age with how they see themselves. The guys both reported that previous incarnations, when they were younger, felt like something of a dream at this stage in life. (They’re 69 and 71.)

Jim has broken himself twice in the last few years: once from a head injury, and the other from a busted bottom. The first time, he ended up with a brain hematoma after hiking 20+ miles into the mountains on an elk hunt, even though a doctor had told him to chill the fuck out.

As for Ed, he once told me about the time he was invited into a ceremony at the Picuris Pueblo, and in order to properly perform the dance, he had to cut a stone into his flesh, twist it until it embedded in his chest, and leave the wound for the duration of the ceremony.

Nowadays, he’s not as spry as he used to be, mostly because he spent the last year recovering from a horrible bout of Black Mold infection.

As they traded stories of their previous exploits, I admitted that except for a summer of irrigation back in 2017, I avoided ranch work out here to the best of my abilities.

I might watch my in-laws traipse back and forth across the pasture, feeding horses and chopping weeds, but I’d rather recline on my sofa watching Netflix.

They smiled, a touch condescendingly, as I told them about my Kung Fu practice, as it seemed like a silly hobby, compared with chopping your own wood, or fixing an underperforming well.

The guys smiled, and then moved on to telling other stories.

Coincidentally, two days later, I was at a Kung Fu workshop with my Sigong, my teacher’s teacher. This guy, despite not being of Asian descent, oozes “Kung Fu Master” in all the right, cinematic ways.

He pinned me to the wall with only a finger, and watching him move around an opponent was like water flowing in an irrigation ditch.

But sure enough, in a room with at least 4 Millennials in it, (not me, of course,) Sigong managed to mock that generation at least three times.

They don’t like doing the hard work necessary to become an accomplished martial artist.

(Like I said at the outset, kids are sissies, these days.)

But they’re also growing up in a world whose rules have changed, and the results aren’t pretty.

Grownups designed the college system, and run it, but it’s the Millennials who are now saddled with so much debt, to pay for that college, that they can’t afford to buy a house or have a kid.

Grown ups are the ones who’ve rampaged through the planet’s natural resources, (and killed off so many of its species,) but it’s the young people who’ll have to figure out how to Save the World.

Despite the City vs Country divide that’s destroying America at the moment, I’d bet this idea, that young people don’t have what it takes, would unite elders in both communities. (For example, just yesterday, I read an article about American Judaism that insisted on mentioning that the victims of the Pittsburgh Synagogue attack were all elderly, as the young people couldn’t be bothered to attend.)

Out here in Taos, you constantly hear that traditional families have stopped growing crops on their land, because the younger generation doesn’t want to put in the time.

Rather, most of the younger farmers at the Farmer’s Market each summer are white hippies and hipsters, rather than 4th or 5th generation Hispanic and Native New Mexicans.

So I guess my question today is, are we surprised that younger generations of Americans don’t want to live lives that no longer make sense within a context of robots and AI and Climate Change?

It it appropriate to mourn the loss a lifestyle that has brought the planet to the brink of peril?

It’s a heavy subject, (yet again,) but how can we avoid big topics in an era when there are no easy days, and so little good news?

As usual, a photo-book got me thinking today, in the form of “The Cowboys of Central Montana: 50 Portraits,” by Robert Osborn, published by Montana Art Books.

This one turned up in June, when the alfalfa and grass were growing strong, but it’s taken until November to get to it. (I’m not kidding when I tell you guys, at the bottom of the column, that we’ve got a big backlog.)

By now, we’ve got snow on the ground here in the Southern Rockies, so they must have tons up there in Montana too. And the winter is just getting started, though I learned from the book that calving season, the real go-time of the cowboy’s annual schedule, won’t be upon us until February.

Admittedly, I’ve reviewed a few cowboy books over the last 7+ years, and try to spread them out to once or twice a year. (Sometimes, it seems like if you’ve seen one, you’ve seen them all.)

But of course that’s not true.

And this book, in particular, presents really strong portraits, in the traditional sense. These pictures are super-sharp, with solid lighting, tonal range, and compositions.

There are lots of craggy faces, true, but the book was sure to include women, as well as men, and the clothing here seems pretty authentic to the contemporary Cowboy west, rather than hinting at Hollywood stylists, just outside the frame, outfitting folks in fake-garb meant to evoke Buffalo Bill and such.

The book’s text tells us this way of life is disappearing, as the new generations don’t want to do this kind of work, because it’s too hard for too little pay.

Ironically, the allure of the romantic lifestyle has made ranches play-things for the super-rich, and allowed big ranches to be broken into small pieces for McMansions to pop up.

(The simulacrum of the working ranch being more appropriate for the 21st Century.)

Of course, this is always delivered as elegy, in books like this. The ways of the past are dying, and kids today aren’t willing to put in the work to maintain the tradition.

There’s even a statistic in this one that describes just how much land is required to raise cattle, not to mention all the water to grow the hay, or wash away the aggregated cow-shit.

It’s a double-edged sword, if we’re being honest. Watching the past disappear is sad, and automatically evokes nostalgia. And as I wrote at the beginning of this column, smart, old, tough guys are easy to appreciate. (Call it the Clint Eastwood effect.)

But our obsession with eating cows is killing our planet. If there are less ranches, and less cows, or if Millennials decide to be vegetarians to try to under-consume our way out of this mess, who can blame them?

As long as there are old folks and young folks, this narrative will play out again and again.

So I guess our job is to make sure we don’t kill everyone on the planet with our forest fires, hurricanes, floods and mass murders?

Sorry, I know it was a bit bleak today. I really do like these pictures, and think you’ll appreciate the book as well. But it’s hard not to dig into nuance at times like this.

Have a good weekend.

To Purchase: “The Cowboys of Central Montana: 50 Portraits” click here 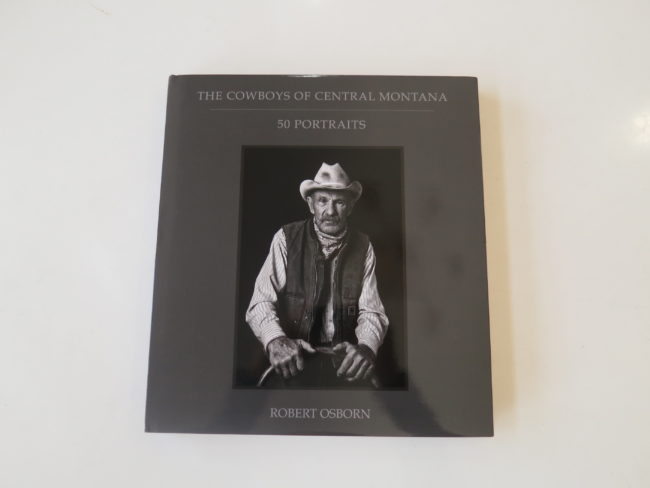 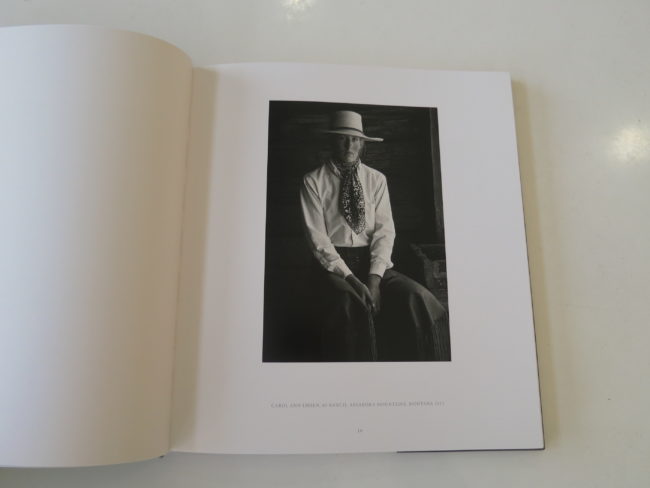 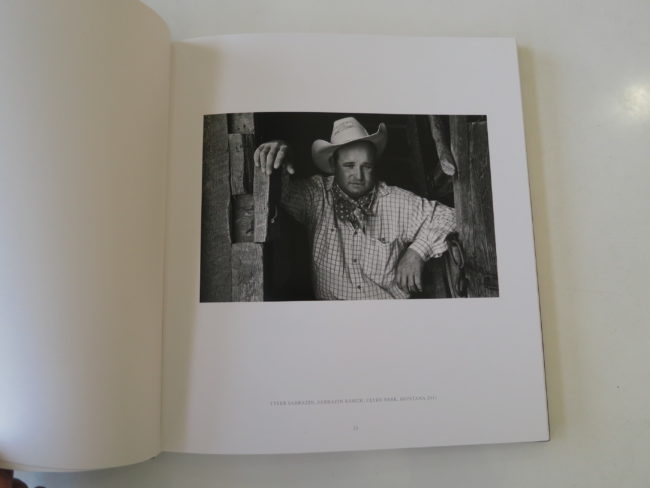 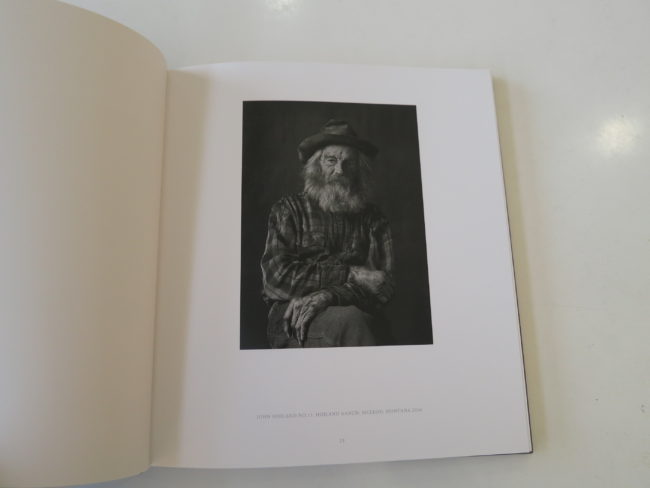 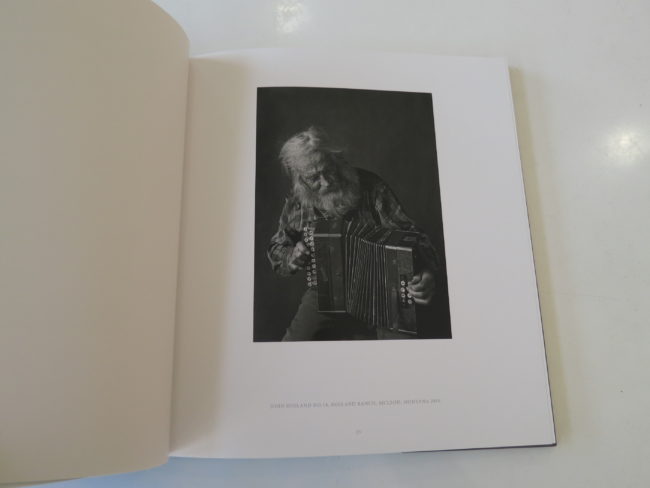 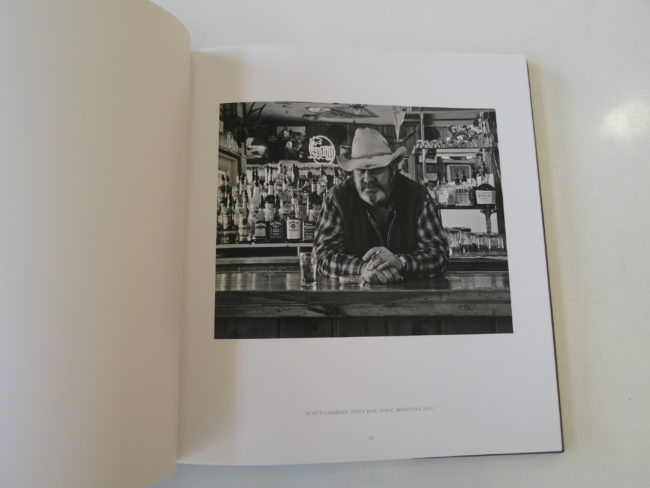 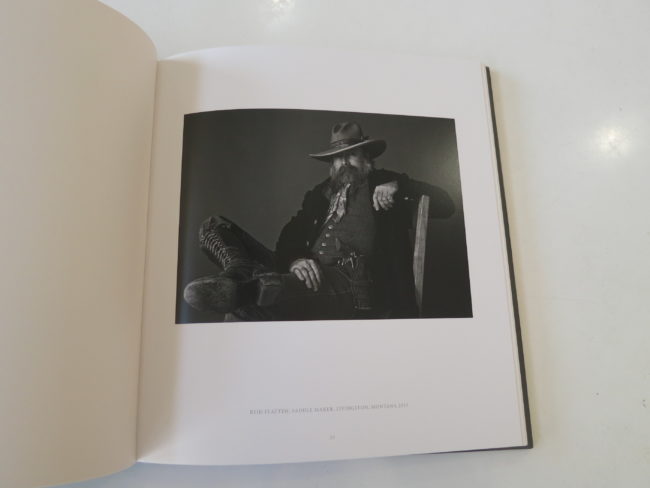 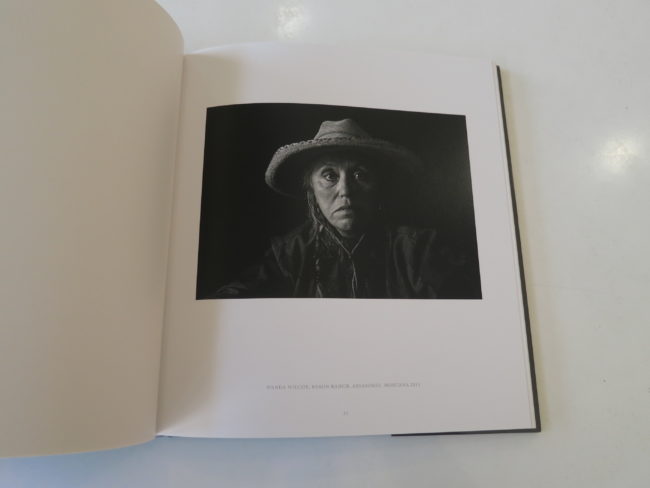 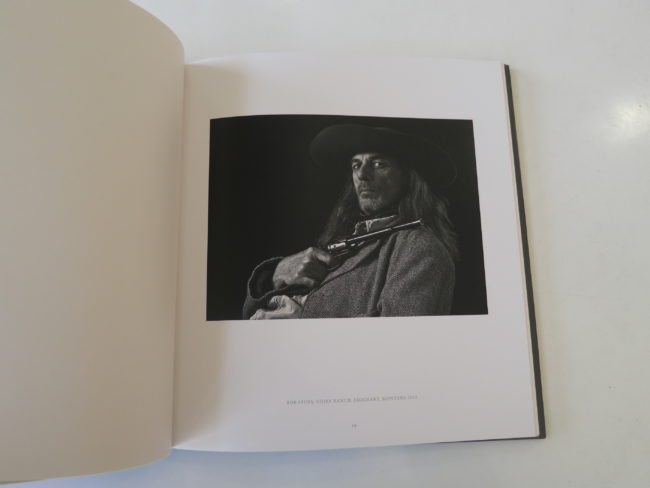 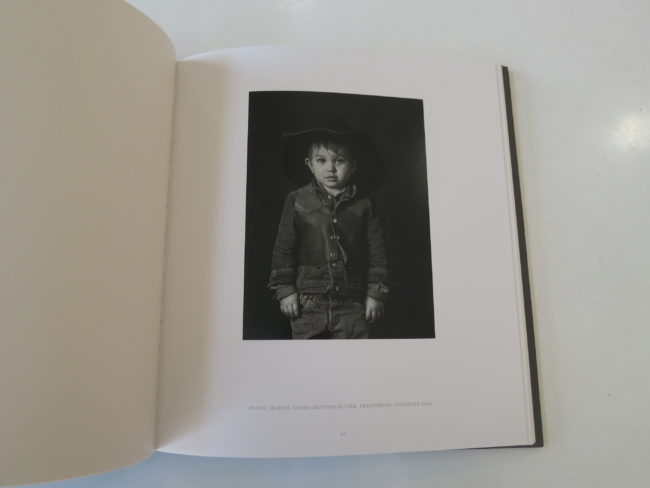 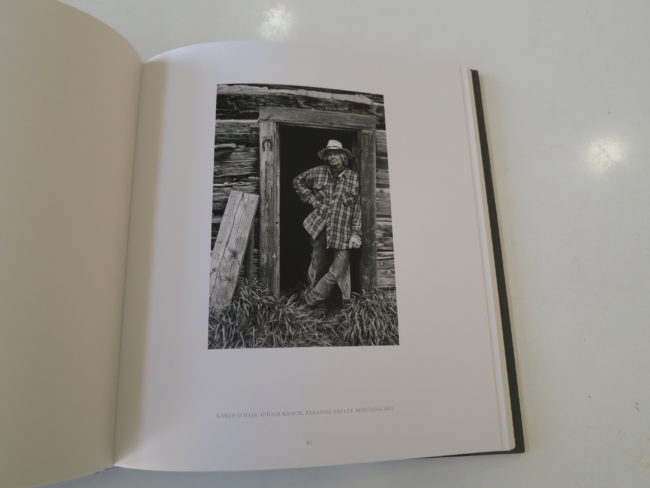 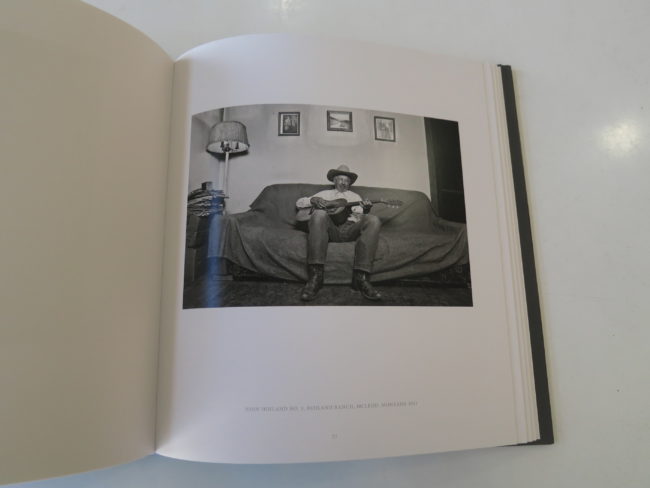 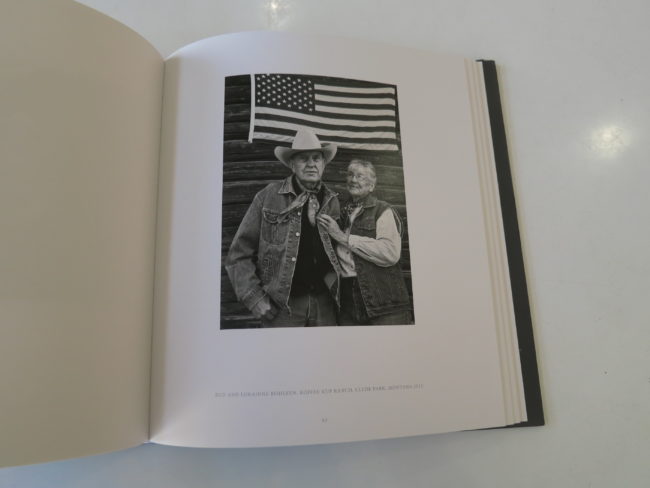 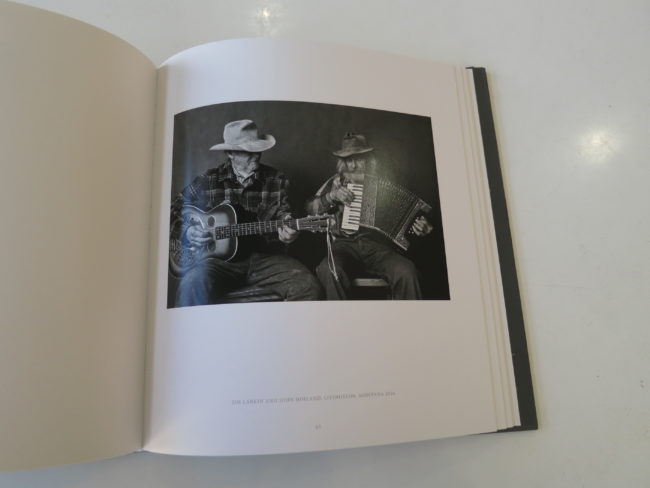 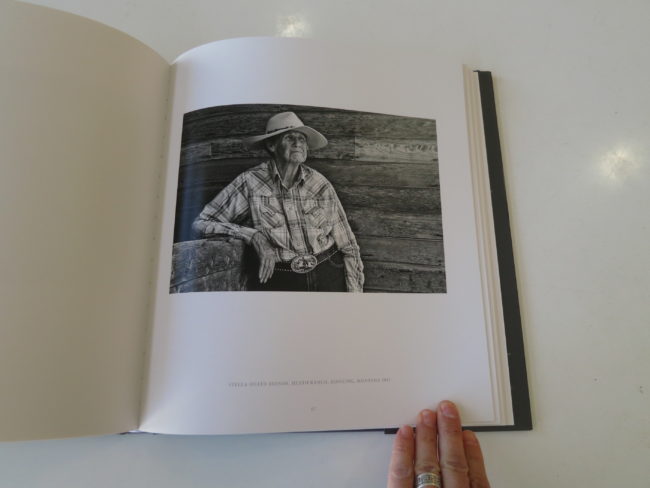 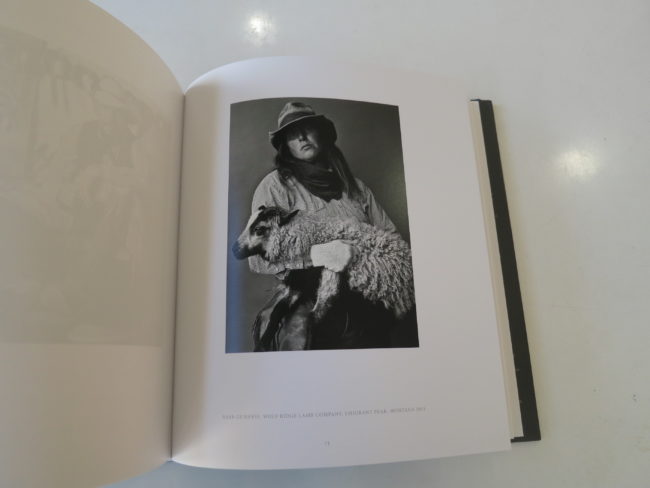 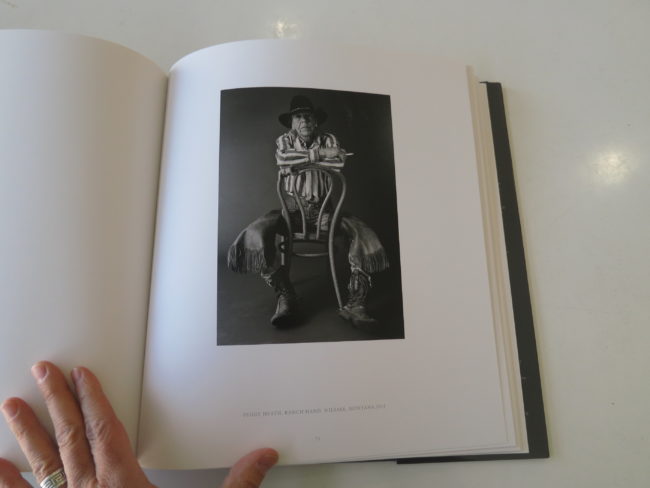 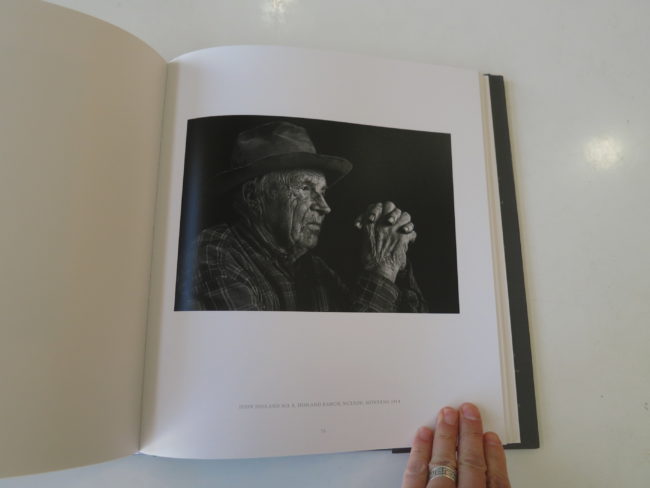 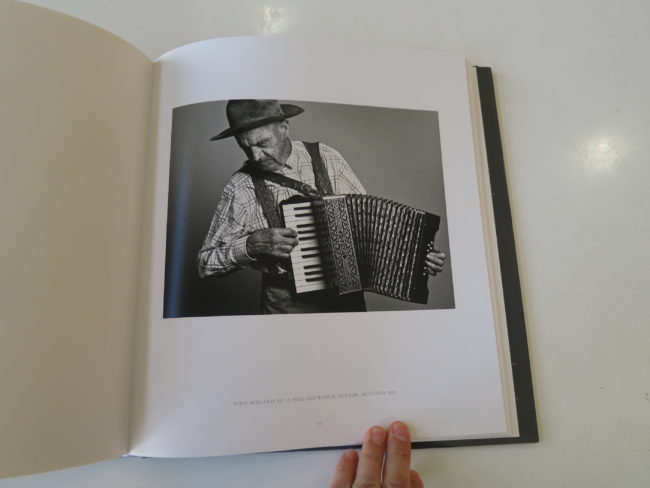 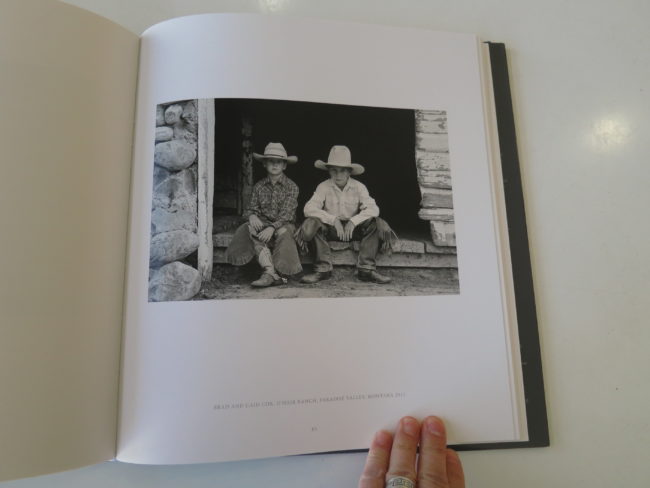 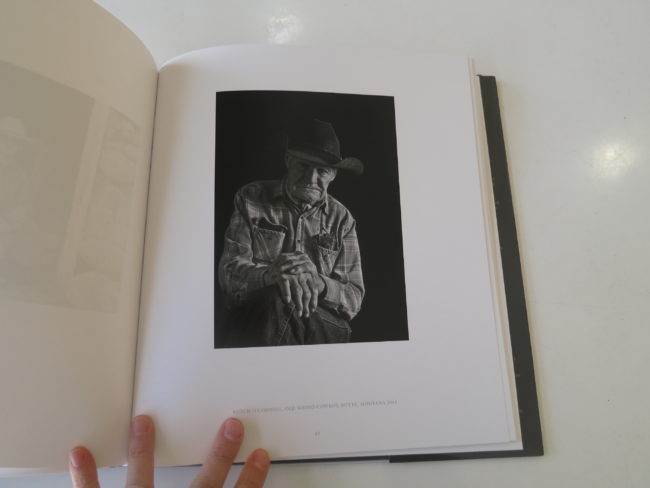 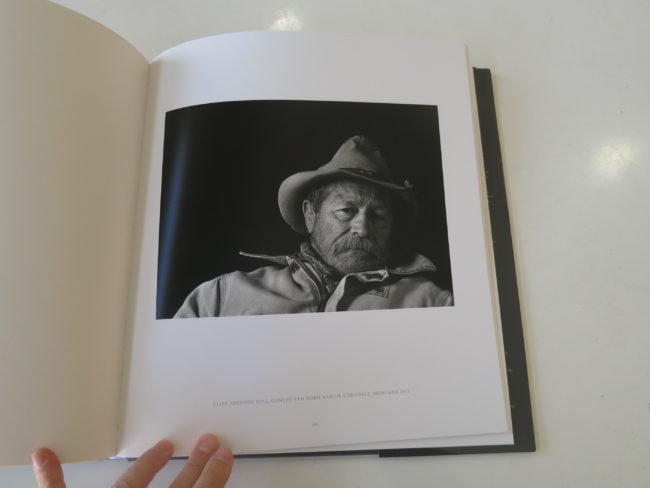 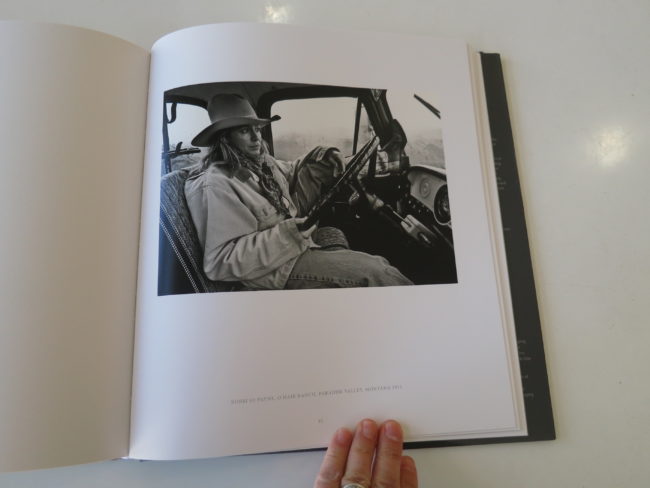 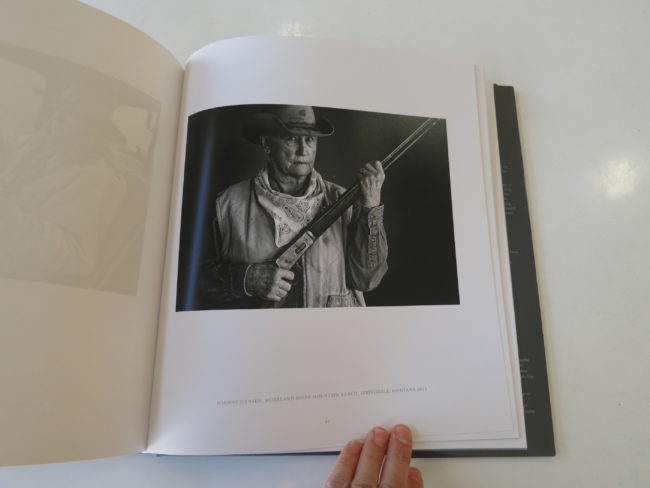 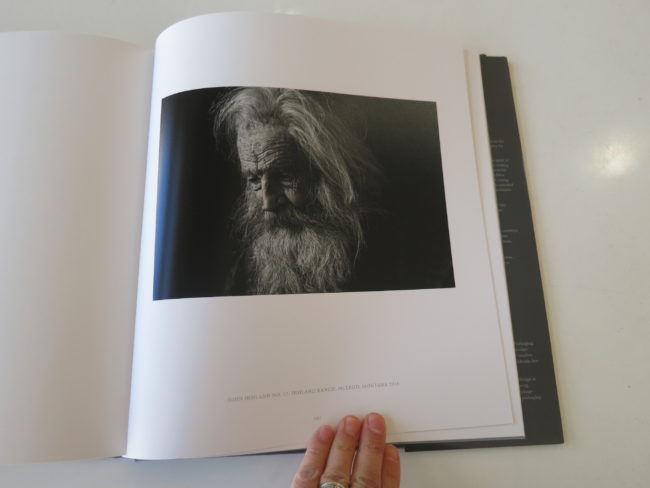 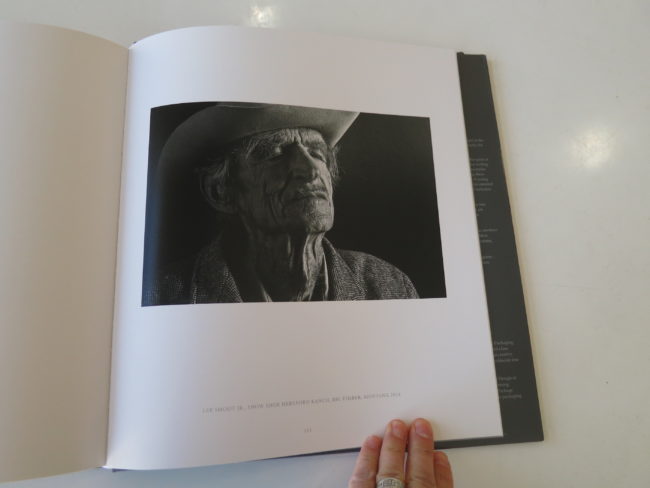 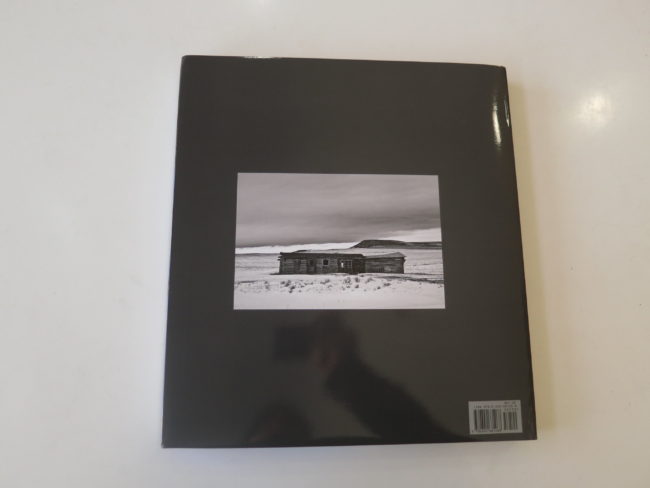 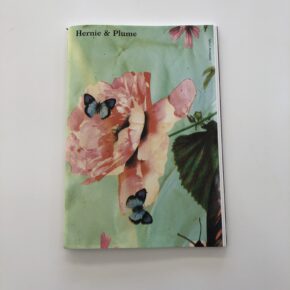 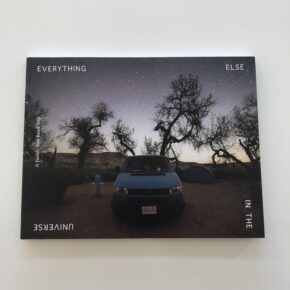