There was a dead rabbit hanging from our fence yesterday morning.

(I saw the ravens picking at it.)

I only noticed as I looked in the car’s rear view mirror, ready to drive the little ones to school on an otherwise drab Tuesday.

It was pretty high up there, so I figured a bird had gotten its prey stuck, but then I made the mistake of telling Theo about it.

In a flash, (I have no idea how he covered ground so fast,) he was standing below it, and came back reporting it was stapled to the wood.

Not good at all.

It’s twenty-five minutes to school each way, plus the drop off, so I had the better part of an hour to stew on the horror of someone stapling a dead rabbit to our fence, not 100 feet from my house.

I called my friend Ed, who was my mentor at a school for at-risk youth for many years. He understands the community, and what it might mean for someone to do that to us.

He thought we should call the cops, and alert the neighborhood. I agreed, and thinking about it made me so angry as I tore into the driveway at high speed.

But as soon as I exited the car, with my Iphone ready to capture the evidence, I saw the rabbit was gone.

I ran inside, yelling at Jessie, “Why did you take it down? We need to show the cops!”

The culprit returned to the scene of the crime to steal the evidence?

Oh my god!
This was a big deal now.

I ran, frantic to the fence, searching for any evidence I could find. Would the cops even believe me?

Halfway down the fence, where it reached about 8 feet high, right there on the ground, I saw a very dead rabbit with its eyes and guts eaten by the birds.

I looked up, and saw where the carcass had been wedged in between two fence planks. They were smeared with guts, in a natural way.

There were no staples, nor staple holes.

I could see how it all went down, and remembered I’d assumed it was birds before Theo came back with slightly false information.

(Only slightly false, but that little detail made all the difference.)

I immediately called my friend, thanked him for his advice, and apologized for the false alarm.

No need to start a neighborhood watch just yet.

It was only nature.

We humans fancy ourselves as distinct from nature, and of course that’s laughable. We’re animals, like monkeys or rhinos and lemurs or emus.

Our big brains and opposable thumbs helped Homo Sapiens evolve into the King of Earth, and sure we know how to shave our faces, but we’re still just animals.

Clothes are what really separate us from everything else; trees and rocks included. We put on clothing as protection each day: from the sun, the wind, the cold, and the unwanted glances of strangers at our private parts.

Fabric provides people with a second skin, and like food, music and dance, the style in which fabric is created represents one of the most obvious ways that global cultures differ.

Our relationship to fabric, when you think about it, is a symbol of our relationship to our humanity, and the power-dynamics that shape how our societies have evolved. (I won’t get started on how women have been constricted by their clothing through various centuries.)

All of this comes to my mind having just looked at “la anatomia es destino/ anatomy is destiny,” a new book by marina font, published by minor matters in Seattle.

First off, I have to give a shout to the packaging here. The book arrived wrapped in tissue paper and tied up in red string. I photographed it before dissembling , so you can see it down below.

Ultimately, this book is a meditation on the near infinite ways an artist can riff off of one essential form: the naked female body.

As you’ll see in the photos below, though, it’s not a book of nude photos.

Marina has used various forms of thread and yarn, or sometimes more random things I can’t identify, (Is that gold leaf in one of them?) to cover this one ubiquitous image.

Before I get started, I’m going to quibble for a moment, because it’s a book review and why not? I thought the opening three images were a bad choice to begin the narrative.

They don’t fit as well with everything that follows, and it took a bit longer to then necessary for me to figure out what was going on. (As far as sussing out the concept.)

I thought the rest of the editorial choices were spot on, and the pictures were cool as hell. You can see in one installation shot how the 2-dimensional-wall-photos connect via yarn/string to 3-dimensional sculptural installations in the real world.

(The book does a good job of translating the 3d into 2d, which is always problematic.)

I have some favorites, like “fire” and “ice,” and the mandalas, but overall, the feminist ideas, and the subversive thoughts about the role of craft practice in high art come through. It’s always tricky for typologies and conceptual pieces to get the right information across via stripped-back systems, and it’s very successful here.

Lisa Volpe, a photography curator a the Museum of Fine Arts, Houston, provides and ending-essay that makes these ideas visible and comprehensible for those viewers/readers who might not have connected the dots.

It’s funny, but I’ve been sitting here for a few minutes staring at this book, trying to figure out how to finish the review. (That never happens.)

As I’m looking, a new thought hits me: check out at all those sewn pieces. I bet each one takes a long time to make, and no small amount of skill.

Each individual piece. And there are so many! Not to mention the time it takes to make each photo-piece, and then photograph it for the book.

A project like this requires patience, and a willingness to put in the time. It’s philosophical in that regard, as is the original premise of all these variations on one female form.

Each one the same, yet different. 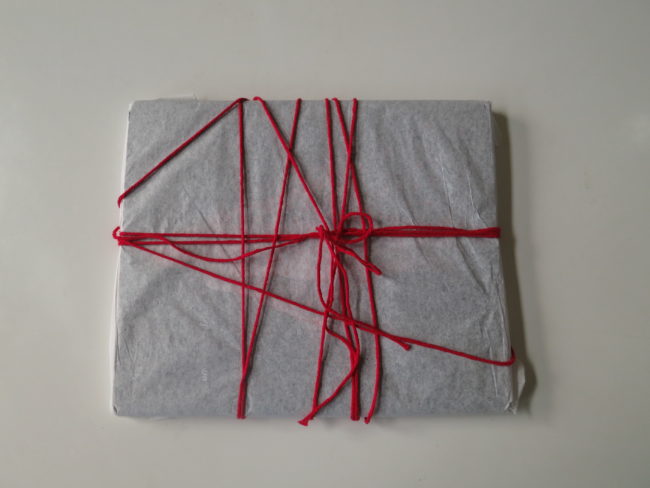 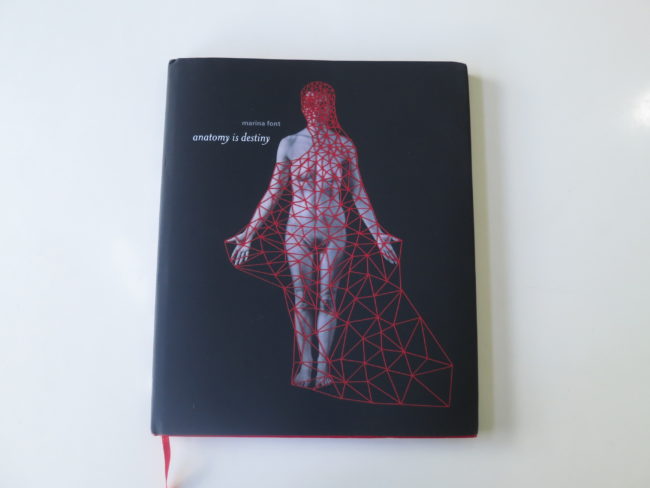 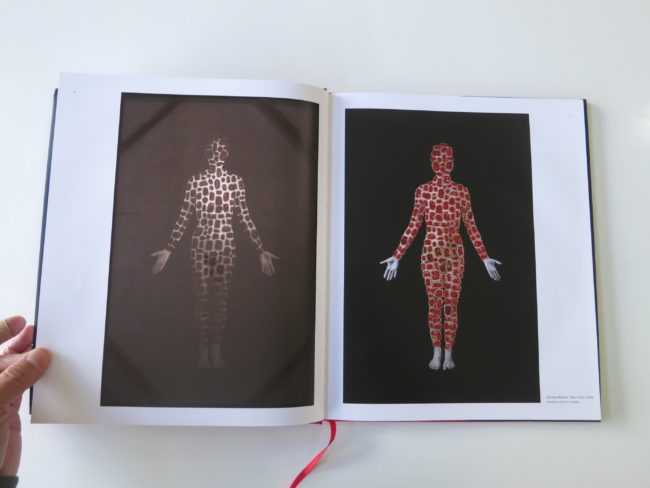 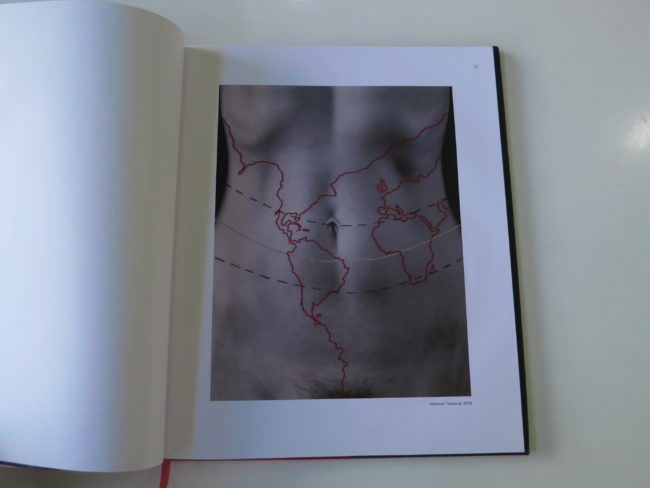 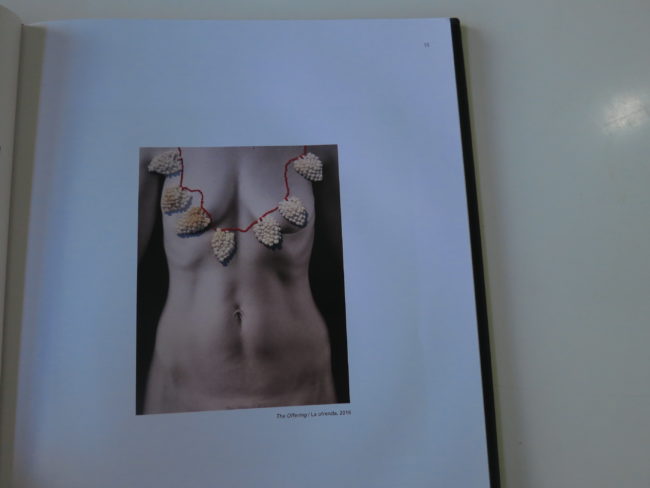 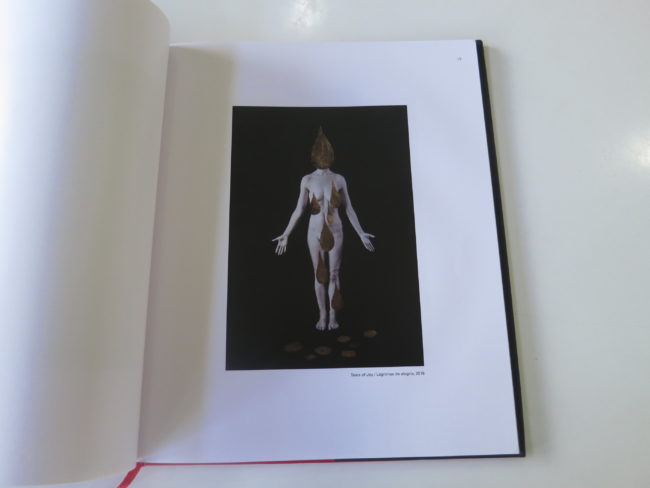 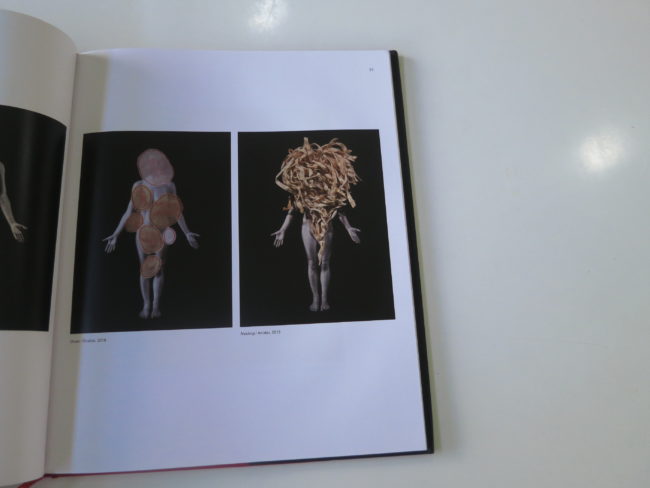 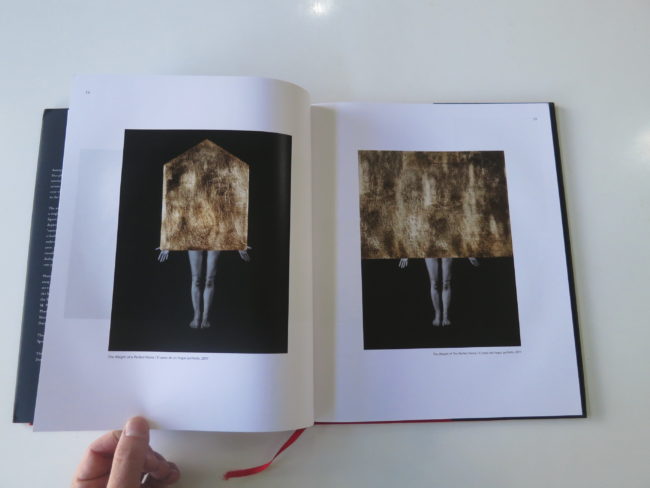 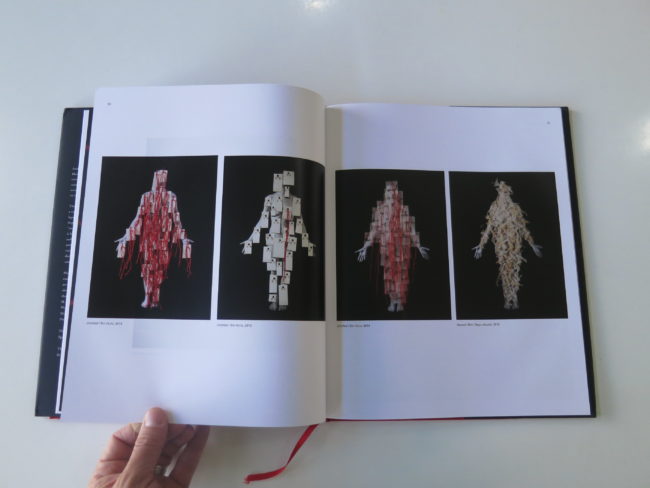 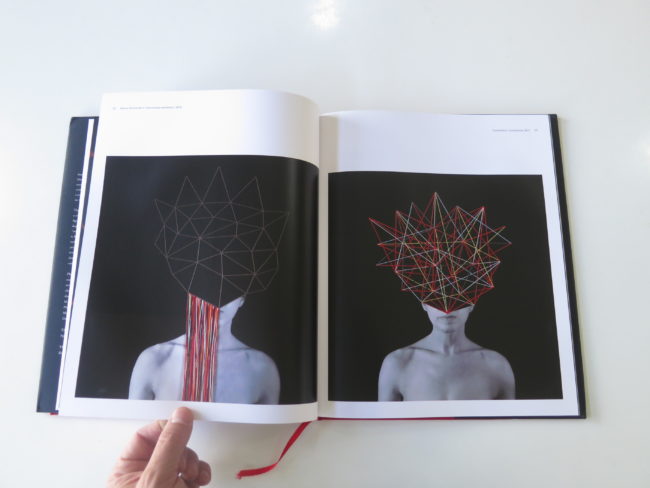 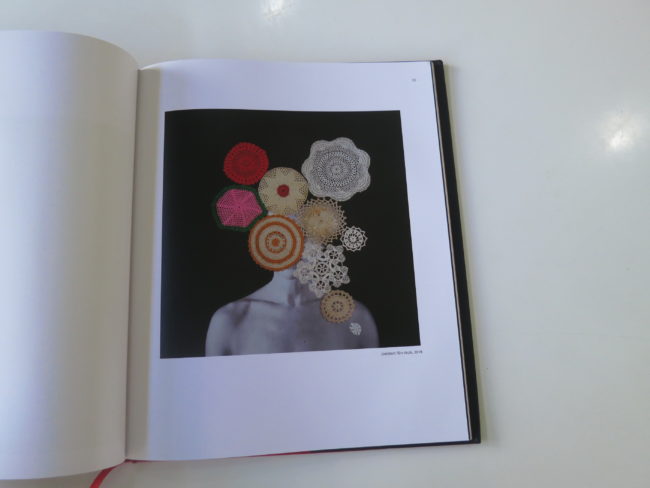 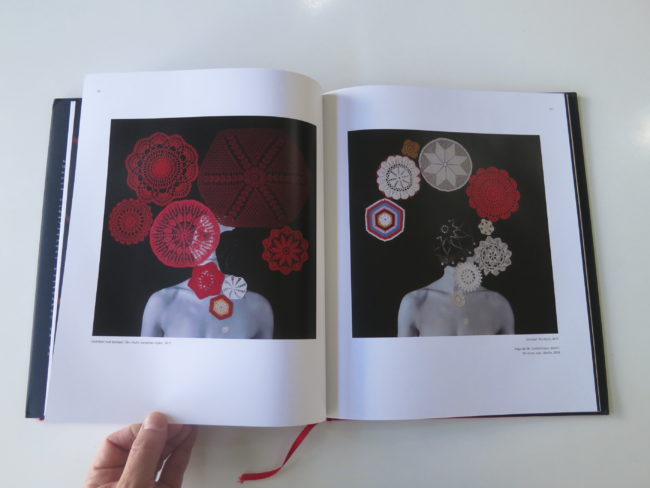 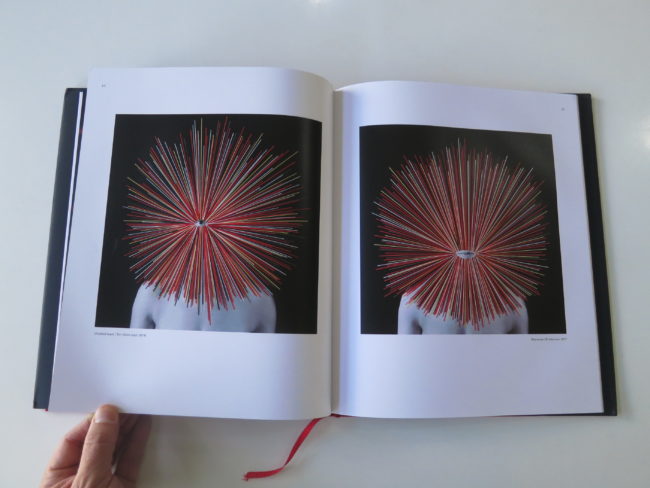 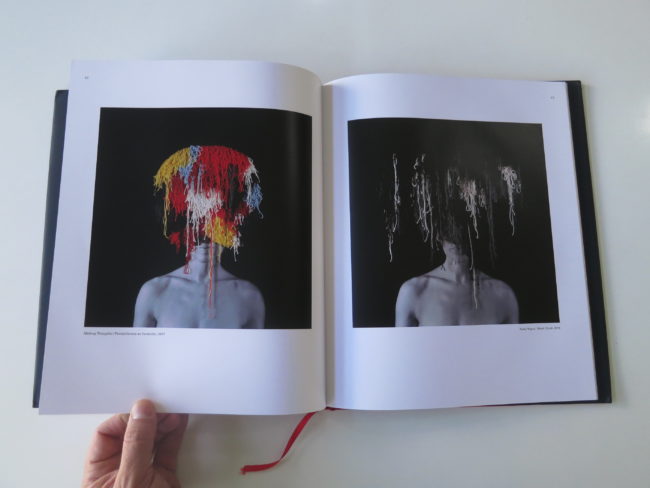 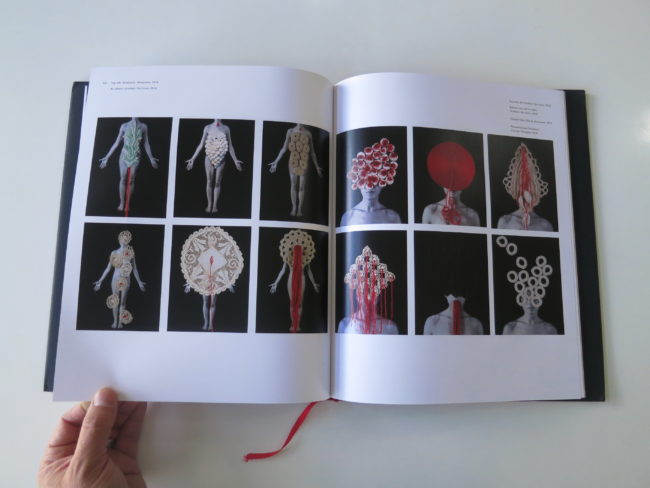 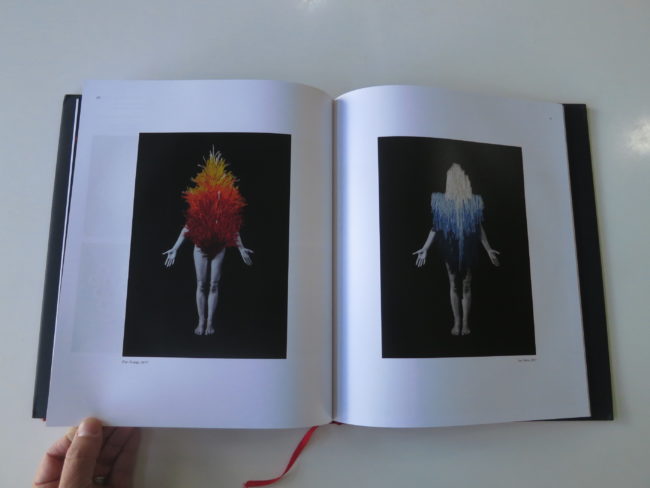 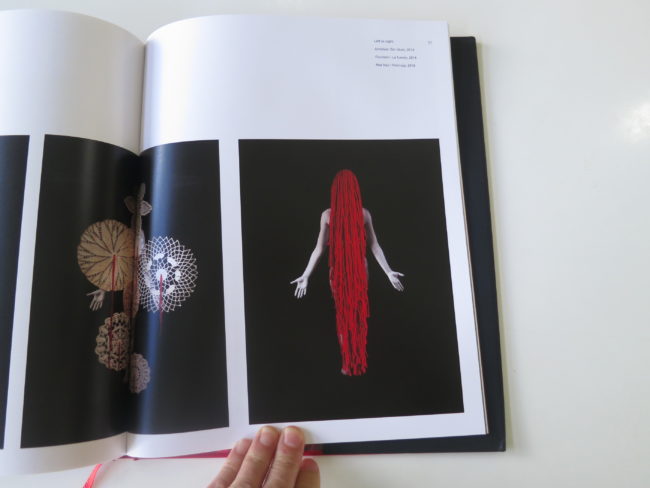 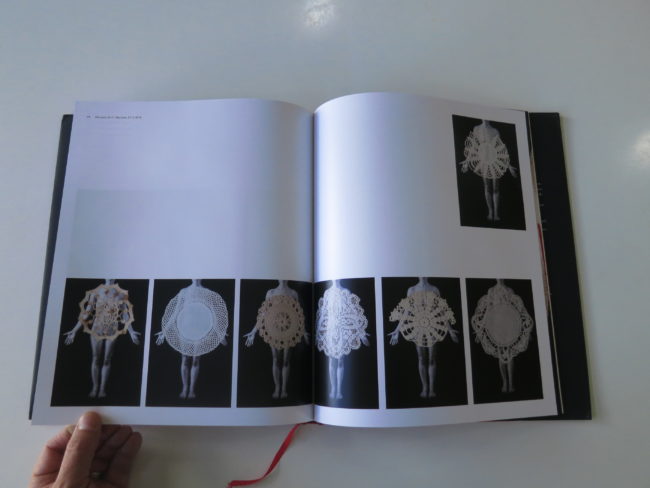 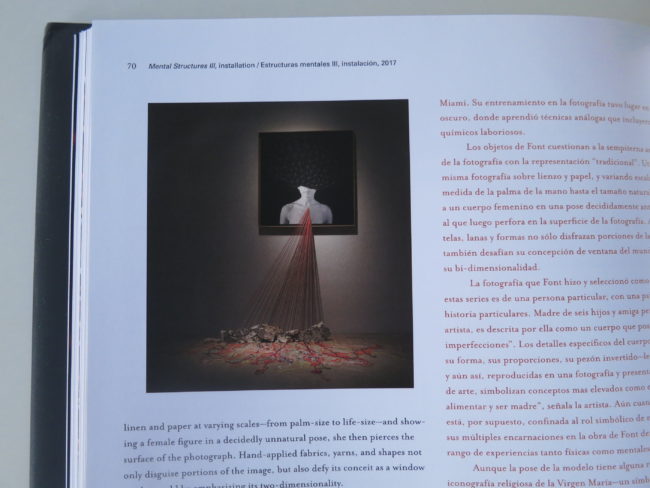 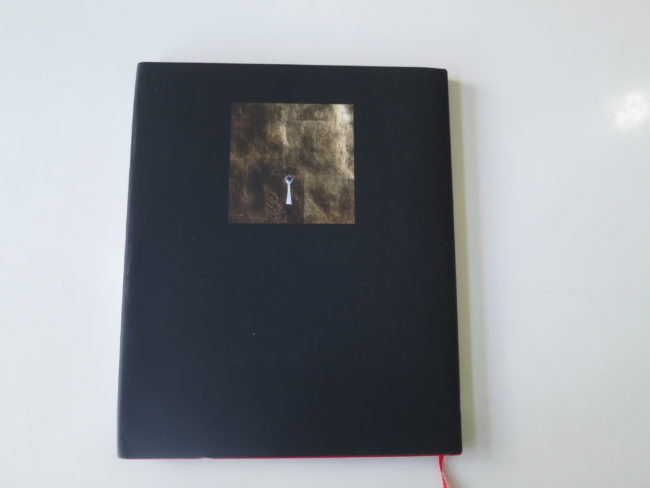