Have you ever seen Duck Dynasty?

But I’m aware it’s a reality TV show featuring some dudes with long beards who wear camo. Though I’ve never seen a minute of the program, it has leaked out into the popular culture, like a silent fart, so I’m aware, tangentially, what it’s about.

It’s meant for rural folks in the South, I suppose. I have no idea who the protagonists are, but they are the kind of stars that a certain type of bayou badass can get behind.

The kind of stars who will stand up for their Red State values, even when the only other celebrity known to rep for Trump is Chachi, whose fame died back when Henry Winkler could still fit into that tight leather jacket.

Not surprisingly, then, the TV shows that we watch track well with our political affiliations and cultural preferences. A few weeks after the election, the NY Times even ran an Upshot story that tracked the correlation between a TV show’s viewership, and its fans’ behaviors.

The results were mostly intuitive, but one statistic really jumped out at me. Basically, the data demonstrated that Native Americans, particularly those living in the Navajo Nation, had almost the exact same viewing habits as African Americans across the country.

Folks out in Shiprock are watching BET like they’re OG’s from Bed Stuy.

Having lived in the Southwest for years, I wasn’t exactly caught off guard, as African Americans and Native Americans have one very large thing in common: both communities never benefited from the immigrant experience in America.

For centuries, people have migrated to the United States based upon small networks of relatives, or neighbors from the village or shtetl back home. One at a time, or 10 at a time, newcomers moved to particular cities, and neighborhoods, because someone’s cousin, or best friend’s uncle, promised them a job when they got there.

Or maybe it was the lure of a place to live, even if it was a couch in an overcrowded, roach infested shithole on the other side of the tracks.

Still, a choice was made.

But, as we all know, Native Americans were here before America, and had their homeland ripped away at the cost of millions of lives, and African Americans were stolen from their homes, violated in every possible way, and then shipped across the world to be exploited until they died.

(And we wonder why Vlad Putin is always reminding people that America is less-than-pure.)

History lesson over, it is interesting to think about the commonalities between Native and African Americas, given that they seem to share certain cultural predilections.

Wouldn’t it be great if we could somehow get a picture of what people actually look like, out in Navajo Nation? Actual people? Real people?

Thankfully, I just put down “E Pluribus Unum: Dinétah,” a new book by Axle Contemporary, which showed up in the mail a little while back. It’s an exhibition catalog featuring a recent project by Matthew Chase-Daniel and Jerry Wellman, the founders and directors of Axle, a mobile art gallery that popped up in Santa Fe in 2010.

I’ve exhibited at Axle before, but then again, so has much of the Northern New Mexico art community. These guys are out there constantly, working hard to promote other artists, while making their own work, but also investing time and money into public art projects involving the local Native American population.

Sadly, despite our tri-community diversity here, (Native, Hispanic and Anglo) there is less inter-mixing than one might expect. Each community often keeps to itself, and any time “gringos” try to get involved with the Native American world, it is fraught with vestiges of colonialism, white guilt, and a nostalgic fascination with the “other.”

So as I flipped through the pages of this book, I was genuinely inspired by what they had accomplished. To be clear, given how picky I am, I do not think these photographs are amazing. They’re casual. People smile. Pictures are occasionally blurry.

Based purely on the quality of the images, this project is not something I’d normally review. But judging the work solely on the photographic excellence misses the point. This work is about giving back, meeting new people, and allowing a community to have a say in its own portrayal.

Basically, Matthew and Jerry spent 12 days out in the Four Corners area, and invited people to come into the truck to have their portrait made. They asked people bring something to hold; an item that had personal importance to them. Then, they printed the photo on the spot, so the subjects could leave with an instantaneous memento.

They also posted prints on the side of the truck, so the venue became a rolling photo exhibition, of the community, for the community.

There are guys dressed like gangbangers, cowboys in their hats, little children sitting on their siblings’ laps, and a couple of culinary students brandishing knives like they’re ready to debone a chicken.

I’m always on about the artist’s responsibility to dig deep into narratives they know well. To push the viewer, by showing us elements of reality we normally cannot access. To enlarge others’ knowledge by mining one’s own, and sharing the results with the rest of us.

Normally, at least in the books I review, the message is that great work is what moves us. Such books demonstrate technical mastery, original style, and creative risk-taking.

But today’s book takes a slightly different strategy. Maybe don’t worry so much how amazing your pictures are? Rather, focus on how you can use your photographic practice to benefit others, even if you’re not making masterpieces in the process.

Bottom Line: A book that offers a cross-section of life in Navajo Nation 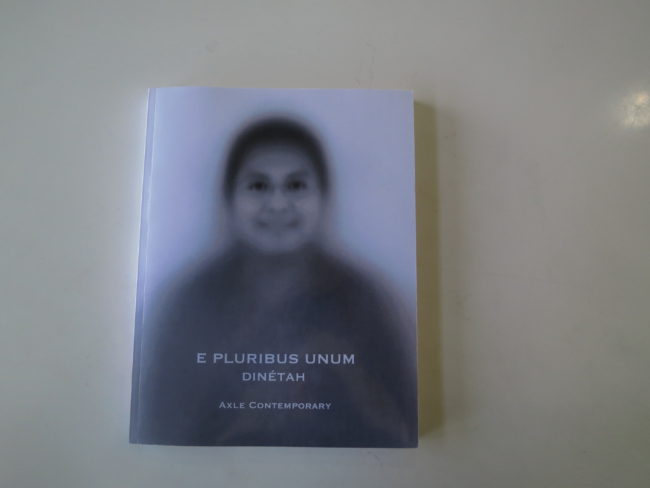 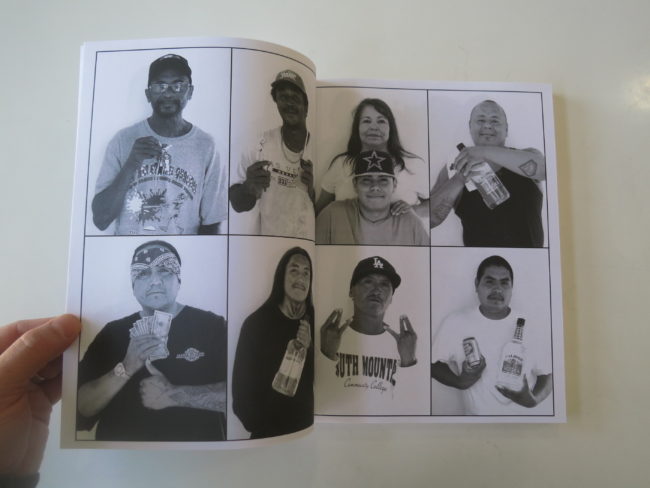 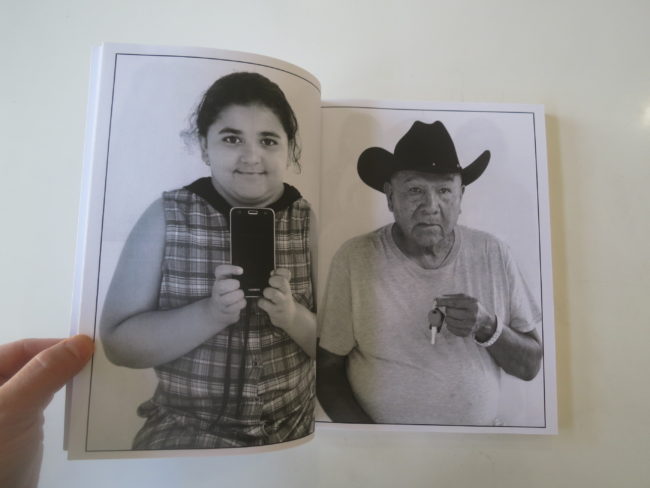 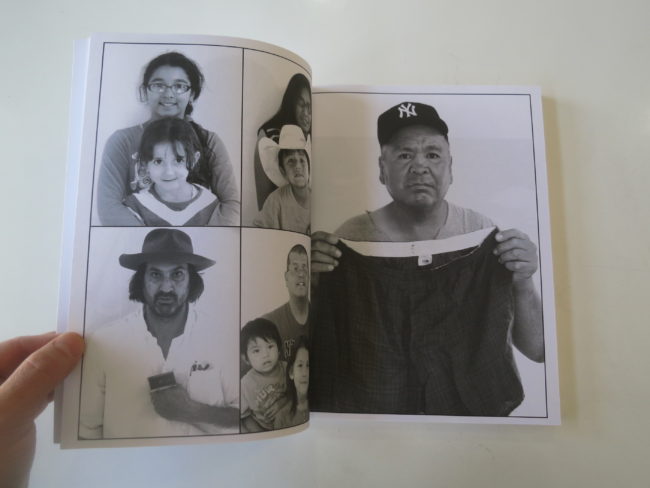 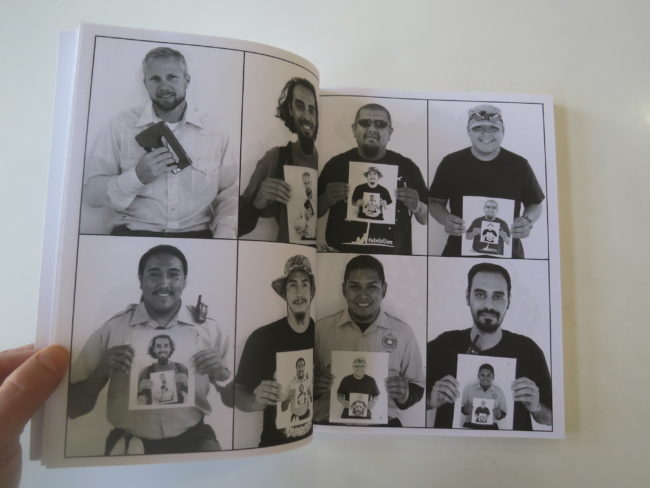 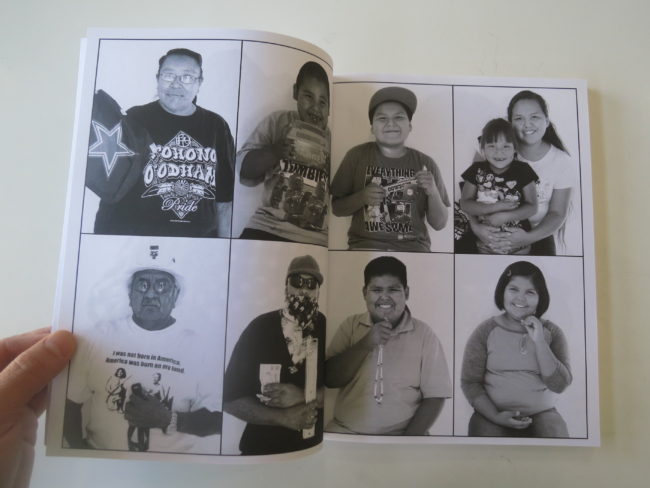 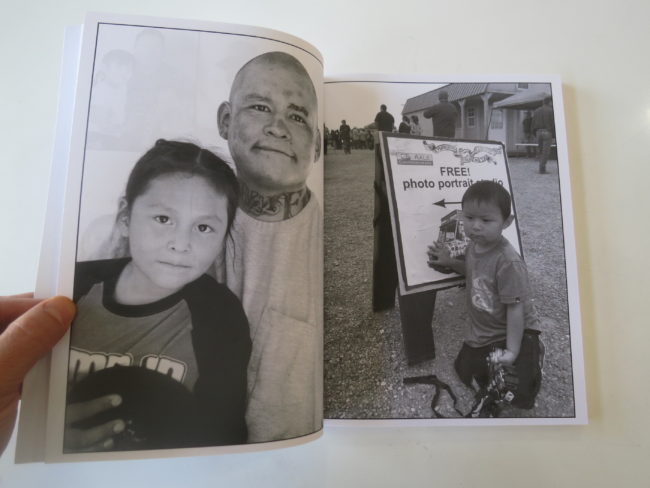 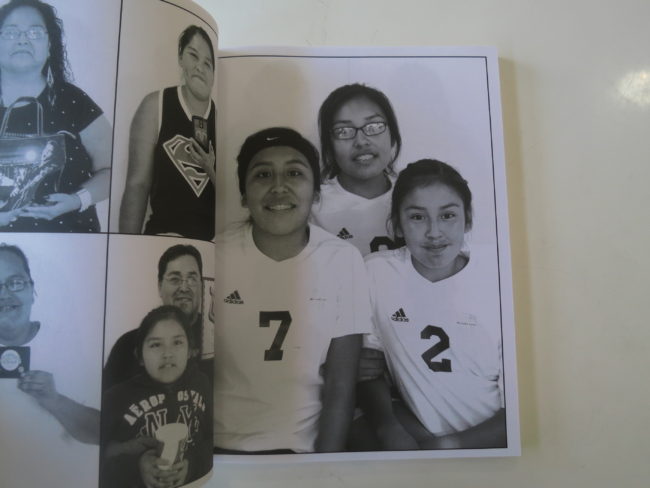 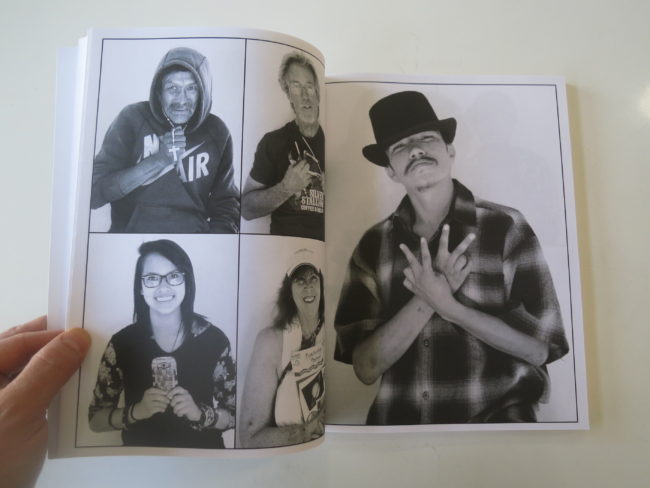 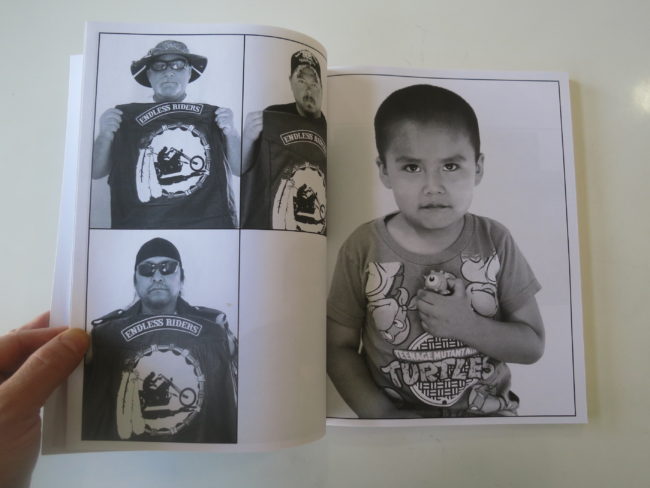 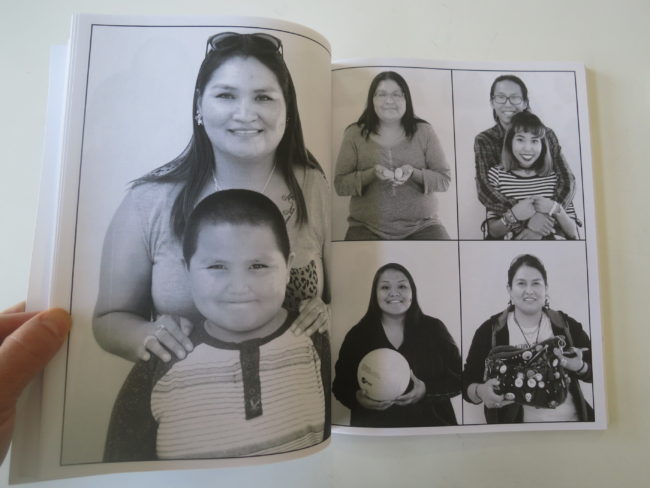 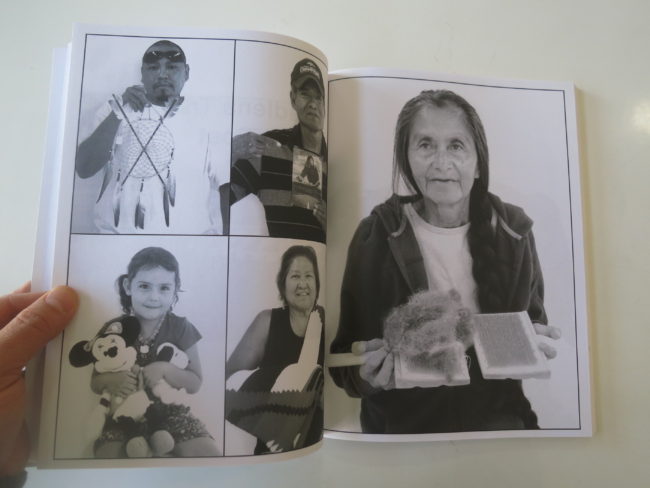 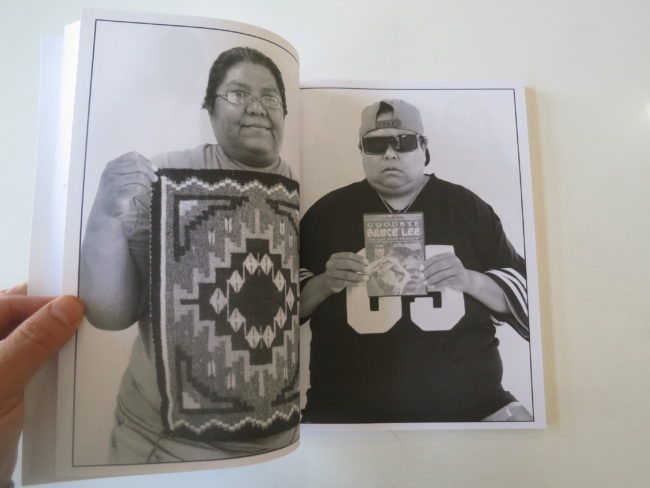 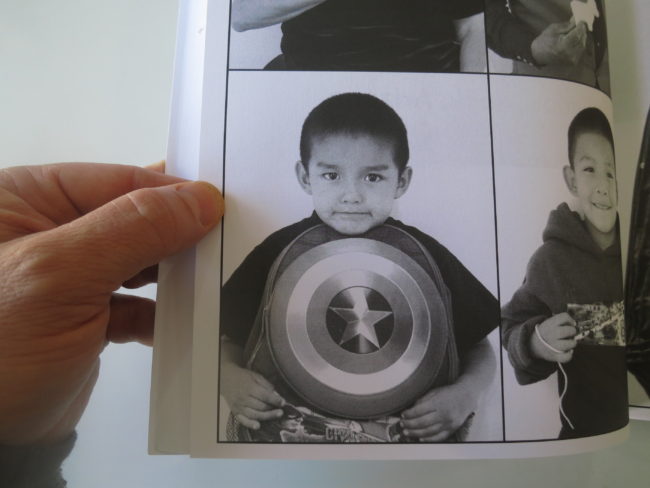 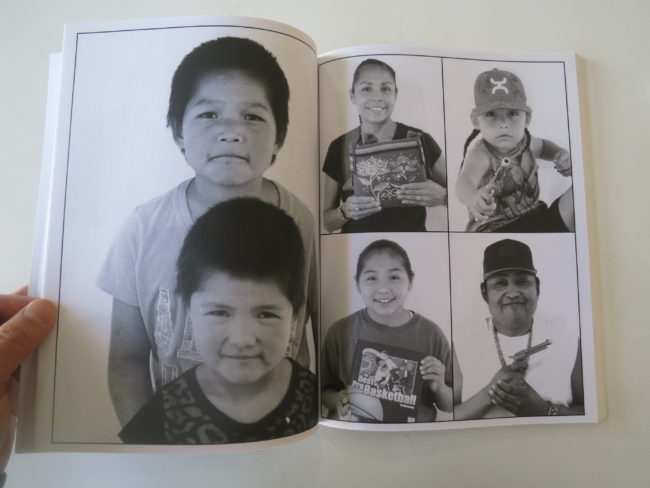 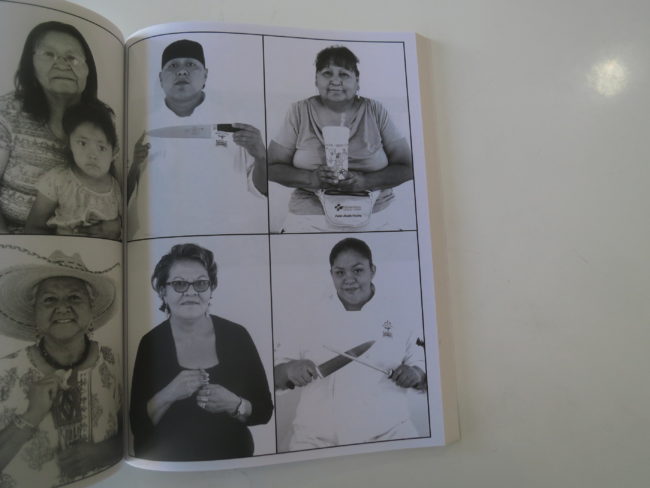 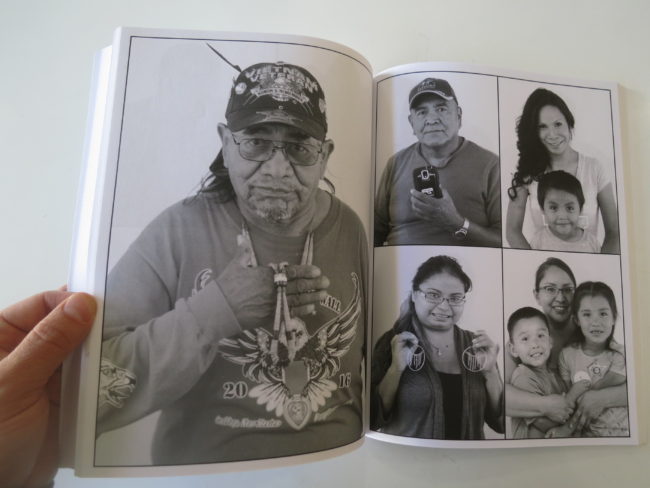 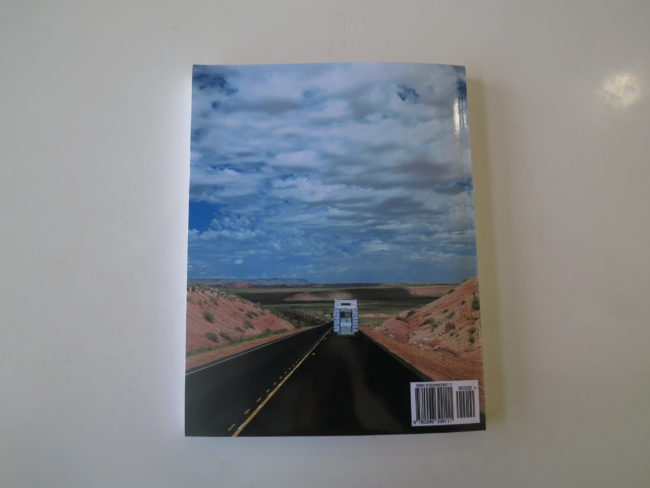