It’s Tuesday, the morning after the Iowa Caucuses. (When I’m writing this. You’re likely reading on Friday, of course.)

Today marks the beginning of the end of Donald Trump’s incessant march to colonize Earth. Wouldn’t you just love to see the TRUMP insignia emblazoned on the side of the White House? I mean, after you moved to Canada, wouldn’t you find it funny? (Instead of tragic and/or shocking?)

I’ve said since the first Republican debate that my money was on Marco Rubio, so I’m sticking with that. The Republicans have a great habit of rallying around whomever is “most electable,” and he fits the bill.

Ted Cruz, who won the contest, seems more unlikeable than a genetically engineered TRex that’s about to eat your face off. A smugger man, I’ve not yet seen. And the hubris to pretend to be a man “of the people” when you’re educated at Princeton and Harvard?

We haven’t witnessed that degree of fakery since George W. was photographed “clearing brush” in Texas. (Oh George. Where have you gone? How we miss your bumbling mispronunciations.)

No, Ted Cruz will not be the next President of the United States. You heard it here. But then, neither will the Donald, a man who would gladly take the Malkovichian punishment of living inside his own head, surrounded by clones who spoke only his own name, were he given the chance.

If we’ve learned anything from Donald’s six-month-performance-art-piece, it’s that how much money you have is not a marker of your intelligence, nor your worth to the rest of us. That guy clearly has billions, but he acts like a scared, insecure bully on the playground, making sure to charge $5 admission to the swing-set, just because he can.

He may have money, but as they say, money can’t buy class. In this case, I actually speak from experience. Back in 1996, I worked on a movie called “The Devil’s Advocate,” and personally delivered a $50,000 check to his assistant, made out to Donald Trump, for the use of his 57th St penthouse for ONE DAY.

That’s right. 50 grand for a day, not that he needed the money. The walls were covered in plated gold, something I’ve never seen before or since. Tacky beyond belief. An Emperor is how the man sees himself. (A taller Napoleon with bad hair.)

But gold walls or gold toilets do not make a better person. Not better than any of us. Just better at wasting precious resources.

The homes we live in, the trinkets we acquire, the animal pelts we collect, these do not reflect the quality of our character. The idea of aristocracy was misguided from the beginning. Much as some would like to believe it grew out of a reality that some families are superior to others, I’d proffer that it’s simply that some are driven to acquire wealth and power by any means necessary.

And others are not.

As I rarely get political, (though I’ve staunchly avoided mention of whom I support in 2016,) I couldn’t help myself after looking at “Belgravia,” a new book by Karen Knorr, released last year by Stanley/Barker.

Once you see it, the above rant will fit snugly into context, like a medicine cap on a bottle of Prozac. As the book brings us inside the homes, and minds, of the English elite, circa 1976. (Has there ever been a more photogenic decade?)

According to the end notes, though not hard to suss out from the content, Belgravia is a posh neighborhood in London, near Buckingham Palace. It is likely to West London conservatism what the East End is to hipsterism these days. (And if I’m wrong, I’m sure one of our many London-based readers will correct me.)

The portraits, staged in fancy rooms with grand fireplaces, are paired with snippets of conversation the artist recalled from chatting with her subjects. They fit, in the sense that we can imagine “these people” saying such things, despite the obvious artifice.

My favorite part was that several of the crops are not clean. Photographs like this, of formal people in formal rooms, are so often meticulously made. Every cut is perfect. Each composition as exacting as a valet cleaning off a just-used dinner jacket.

But these are rougher than that. They’re close to formal, but often deviate in observable ways. Rebellion, via composition? And the lighting is not perfect either. It’s often flat, rather than glamourous.

I counted at least 2 zebra-pelts, assuming they’re real. And other objects collected from around the Empire. Lions, cheetahs, elephants. Knick-knacks from the hinterlands.

Honestly, I didn’t love this book. But that’s the point, no? These people aren’t lovable. They’re just rich. They look normal, for the most part. (Not the Platonic ideal of a human, like a baby made by the unholy English union of David Beckham and Sienna Miller.)

That’s what the Upper Class look like in our minds, no? All jutting, cleft chins and wide-set blue eyes. They look better than we do, attended superior schools, so they deserve to rule? 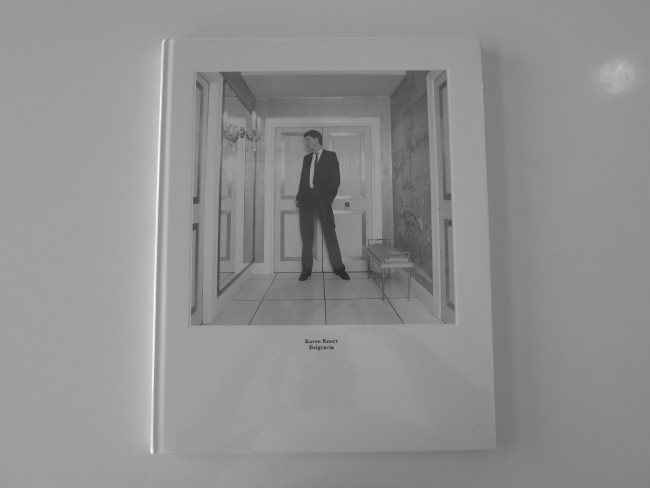 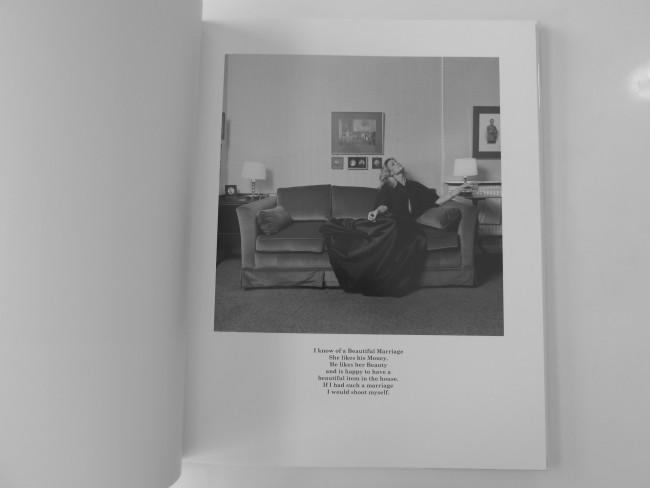 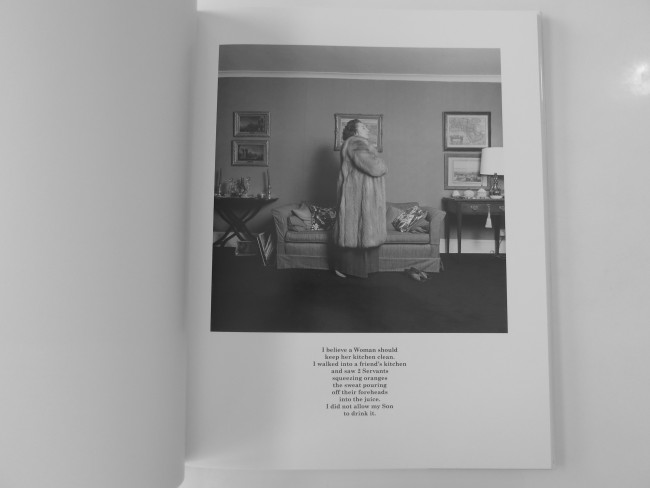 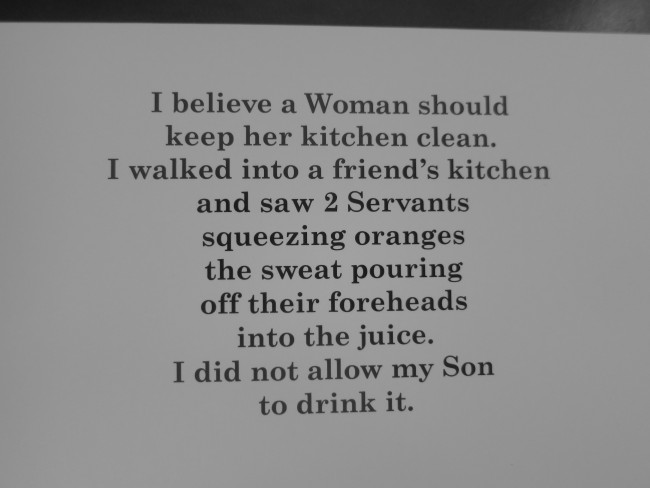 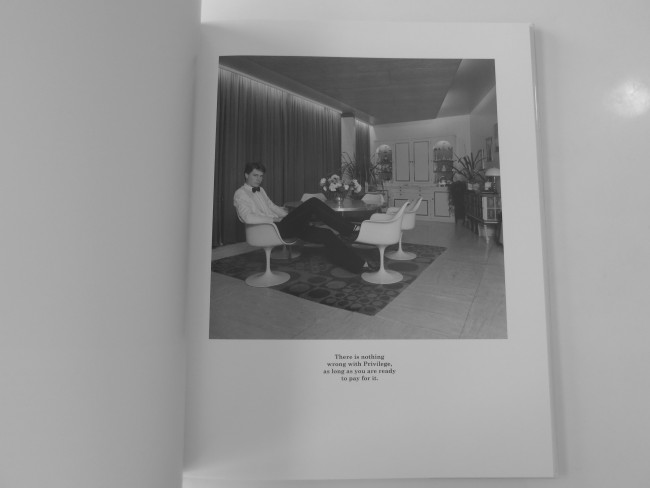 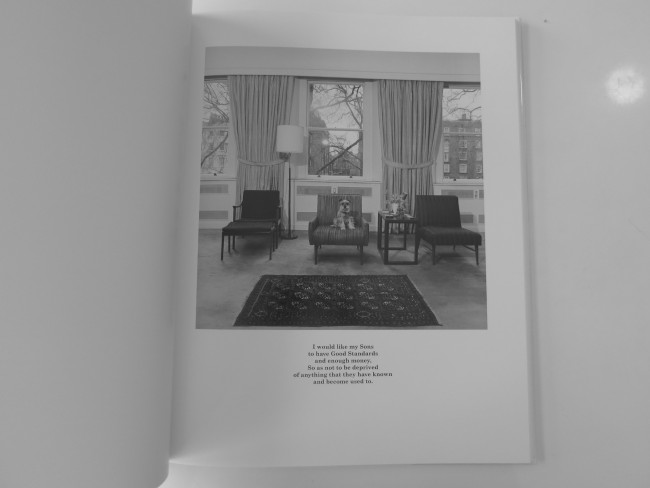 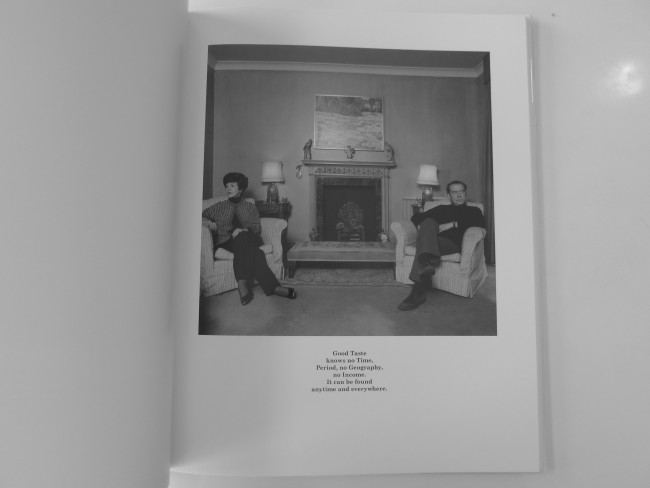 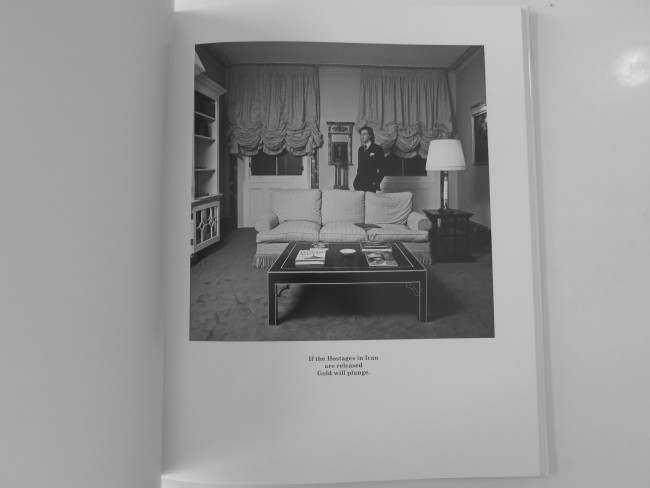 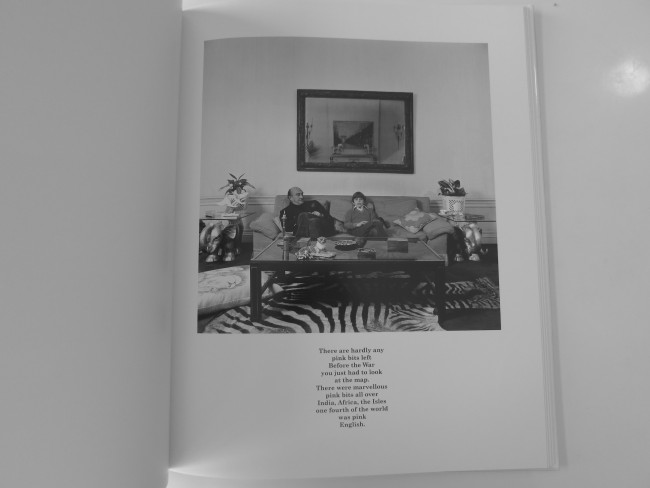 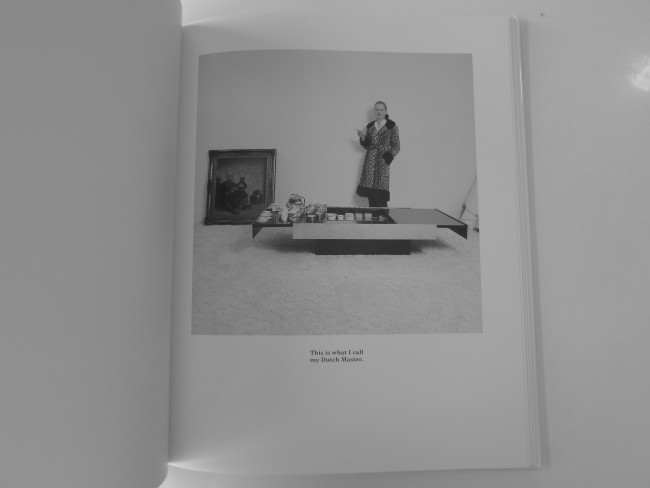 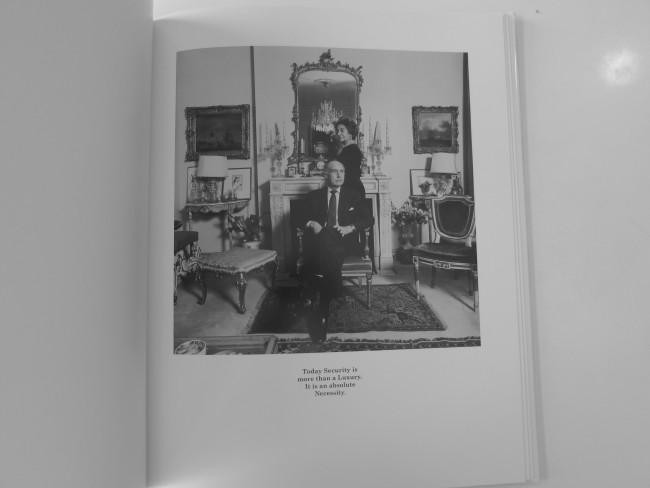 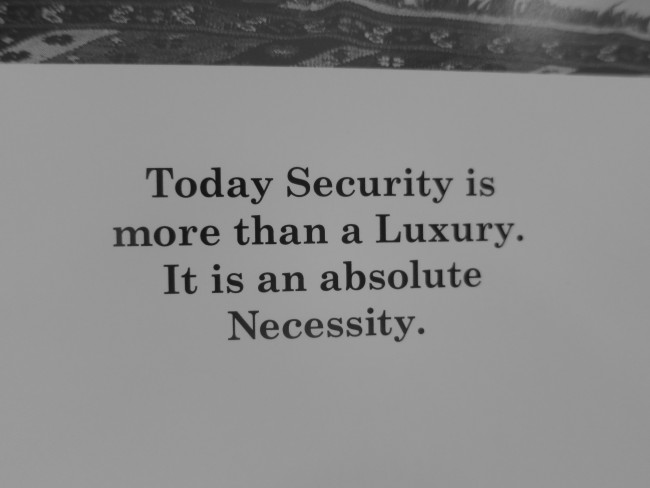 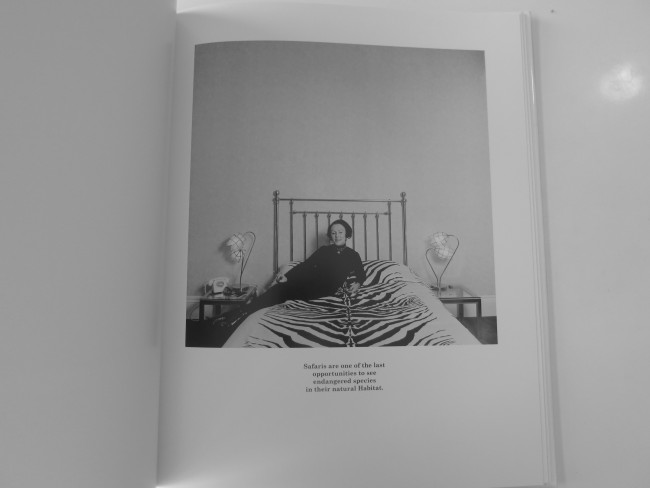 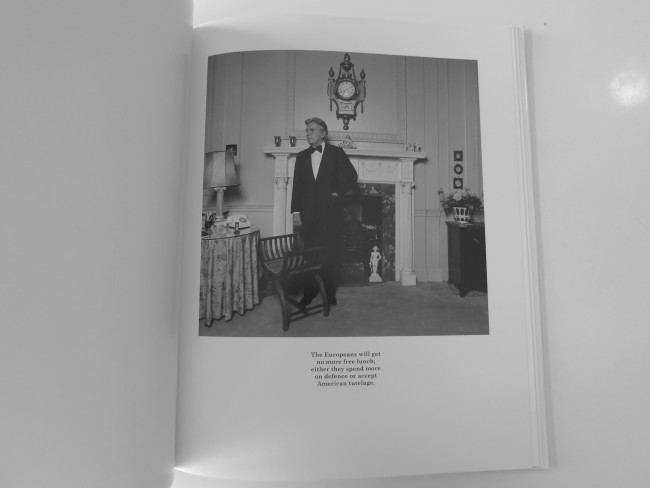 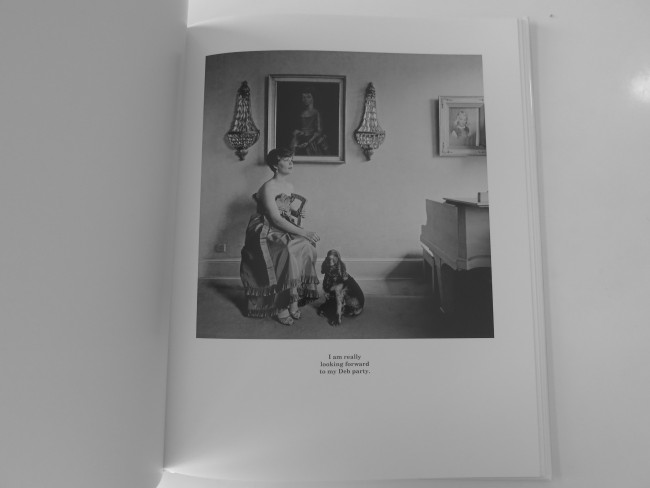 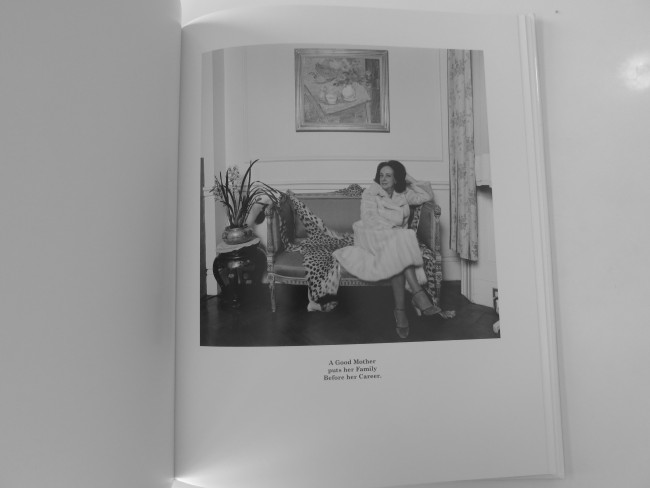 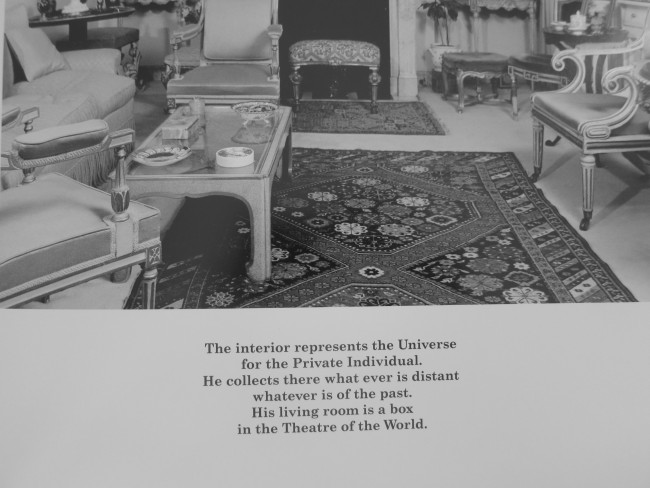 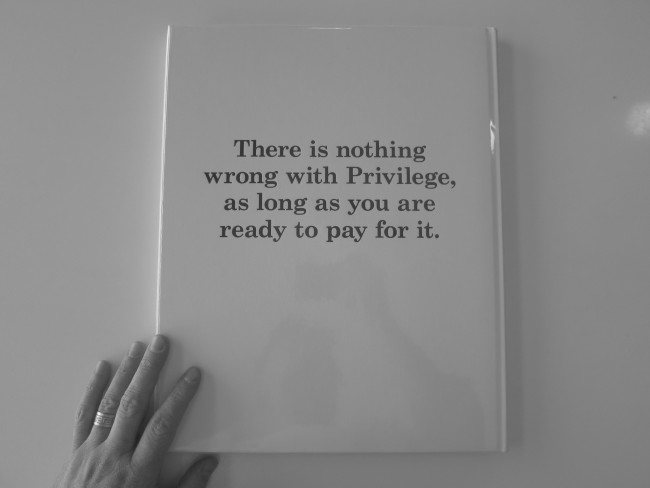 The Art of the Personal Project: Russ Quackenbush