I just stormed into my bedroom in a huff. I didn’t exactly slam the door, but closed it demonstrably, and then turned the lock.
Obvious message: Do Not Disturb.

From whom was I fleeing? My beautiful family, of course. We’re well into Summer, by now, and the kids have been out of school for seven weeks. Which means we’ve all been together, seven days a week, since then.

As I suspect you’ve surmised by now, I love my family more than anything. My two children, 7.5 and nearly 3, are fantastic human beings. Sugar and spice we call them. I could not love them more.

But everyone needs some space to think, much less write book reviews, and I’ve had little of either for quite some time now. It’s mostly a pleasure and a privilege, to spend so much quality time together, but there is an element of claustrophobia as well.

I’m a Jewish guy from a good background with a very solid education behind me. Despite the facial hair, and perhaps because of the lack of tattoos, I know I look the part of a doting middle-class father.

It’s a freedom that so many people in the United States lack. The ability to be out in public space, and not seem a Menace to Society. I don’t know what it is like to be African-American, or Latino, and I clearly never will.

But that doesn’t mean I’m not familiar with the impact of racism on the lives of men of color. Racism is an inescapable conversation in this nation at present, for good reason. #BlackLivesMatter

It’s quite the conundrum. The stories are everywhere, and impossible to avoid. And yet the experience of living in someone else’s skin- skin that doesn’t look the same color as mine- is something I will never know.

Thankfully, I just finished looking at Zun Lee’s book, “Father Figure,” recently published by Ceiba, and it’s been the catalyst of the musings above. Given how cleanly this production shows us something we haven’t really seen, I’m sure you’ll be interested in the photos below.

This is one of those books that seems to support all the advice I’ve tried to give out here of late. If you want to make something original, and perhaps important, you’ve got to start from your own lived experience. It has to be personal. And the more honest, the better.

Apparently, Zun Lee was raised in Germany, with an abusive father. He took comfort in the home of American GI’s stationed there, in particular with a changing roster of African-American families. They offered him the support and nurturing he lacked, and craved.

Fast forward many years, and Mr. Lee learned that his biological father was in fact an African-American, (who deserted his mother,) as opposed to the man who actually raised him. Quite the Mind-Fuck, I’m sure. It troubled him to feel like one more statistic with an absent Dad. One more piece of kindling on the conflagration of stereotype.

So he decided to use his photographic practice to learn more; to see for himself what “proper” loving African-American fathers looked like. To search out the type of environment he wished he’d had, and in the process, provide ample evidence that what we think we know is far from the complete story.

I like these pictures. They’re really well-made, but surprisingly, they didn’t touch my emotional core. My eyes never teared, and my breath never left my chest for long periods of time. I’m not sure why that is?

Could it be that I’m callous? Or that my lack of understanding for what these men’s lives are really like clouded my heartstrings? I don’t know, but I always like to check in and see what I’m feeling and why.

The book contains some excellent writing, in particular Mr. Lee’s opening essay, which overshadowed the brief piece by Teju Cole that preceded it. If you want to learn how to share your secrets with others, reading his story will give you a boost.

But there are also interview blurbs spread throughout, on pages opposite the photographs. Each was poignant, giving solid parenting advice that resonated deeply with my own acquired knowledge. It was Universal, I felt, and in a way undercut the notion that races are inherently and irrevocably different.

Even though we are, to a degree. I can wear a hoodie without being shot.

I’m not surprised these pictures are popular, nor that they’ve gotten support from major African-American photographers, and photojournalistic power-brokers. (Including my editors at the NYT, apparently.) This is the type of messaging that people are desperate to see, because it’s real, and it’s a giant, bony thumb in the eyes of the Fox News assholes who demonize men like this, 24/7.

This is an excellent book of solid photographs, showing us something we really ought to see. As such, I’m happy to highlight it, and would not be surprised if many of you wanted to buy it. The more people who see these pictures, the better.

To tie it back to this little run of reviews, in which I’m lecturing a tad more than normal, I’d also suggest that it’s an inspirational book. (Beyond the way you might think.) Most photographers don’t have the courage to use their art process to dig deep into their gaping wounds. It’s painful, and difficult.

But as the great Roger Ballen told my students this past Spring, the darkness is where the very best material resides. 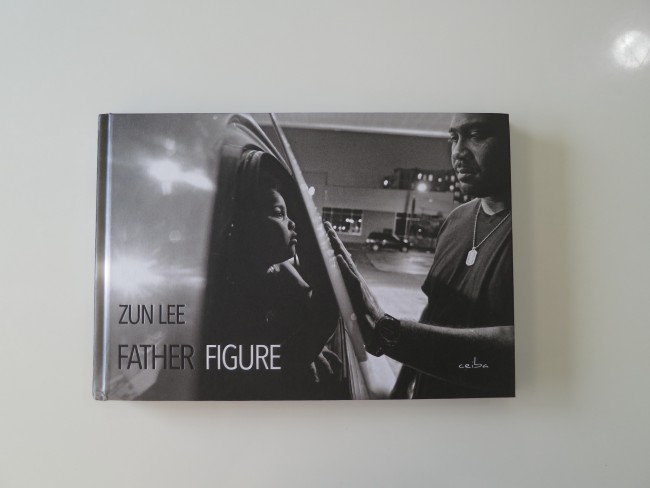 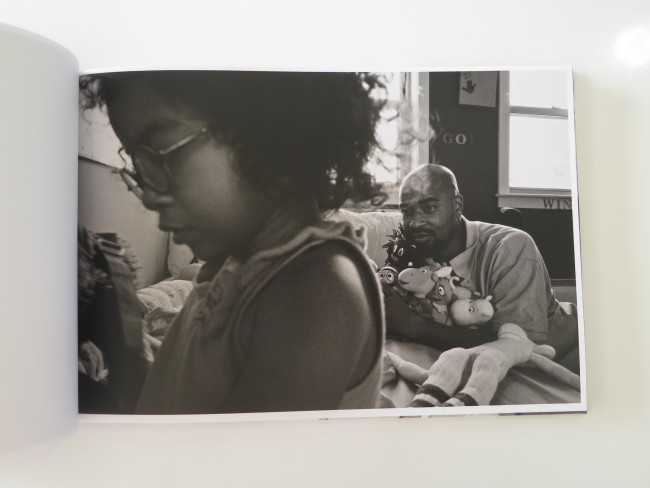 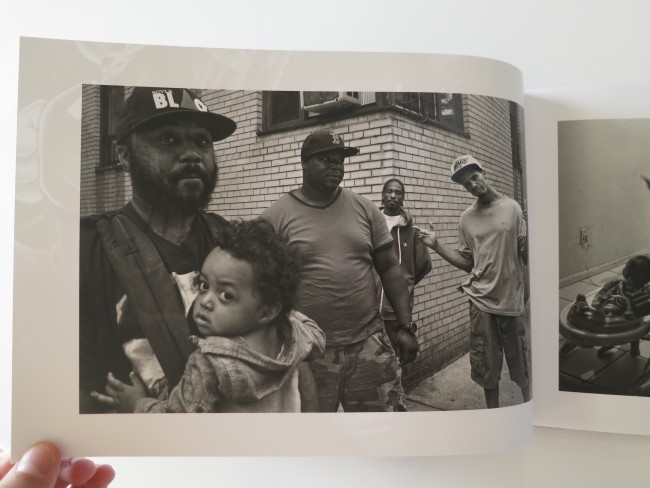 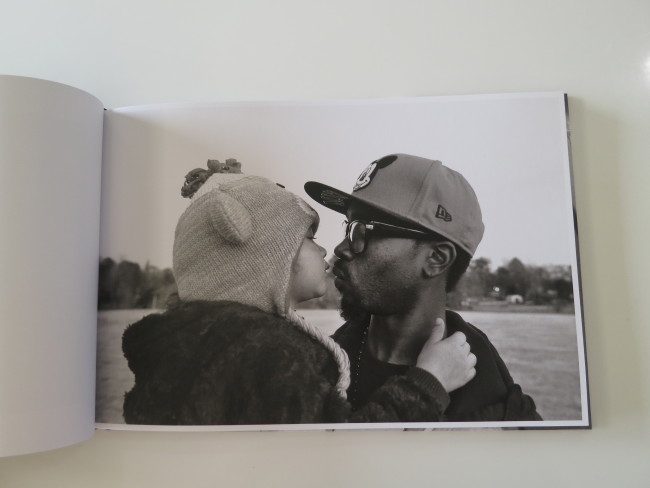 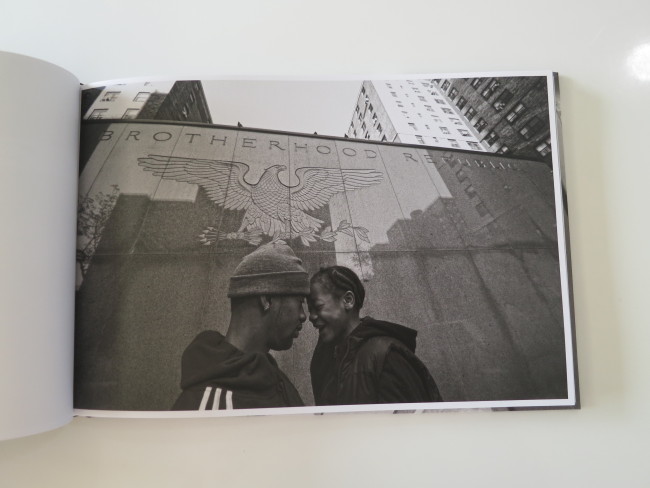 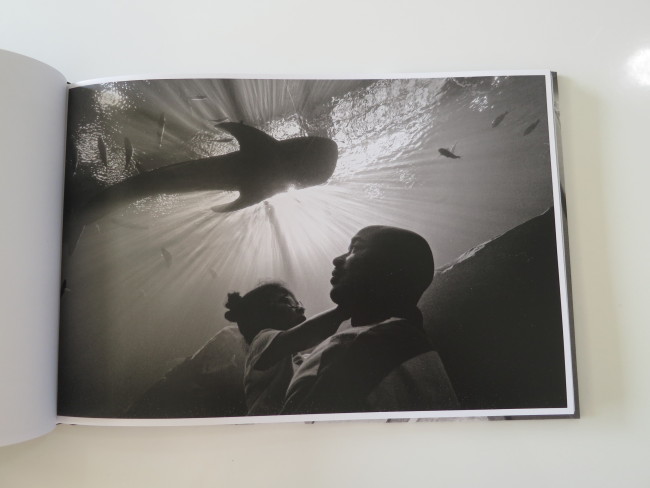 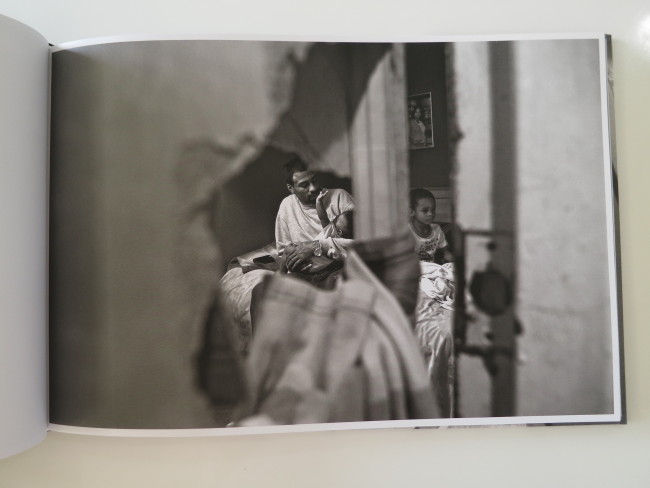 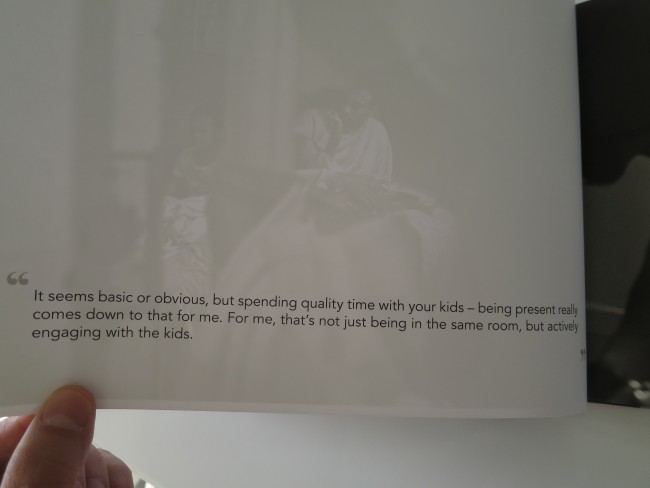 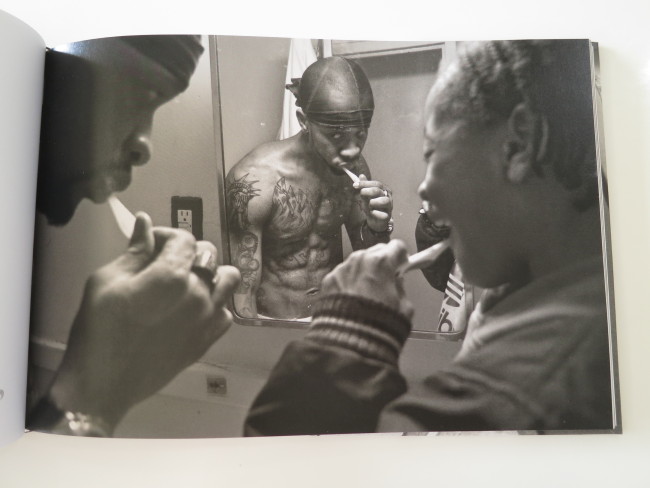 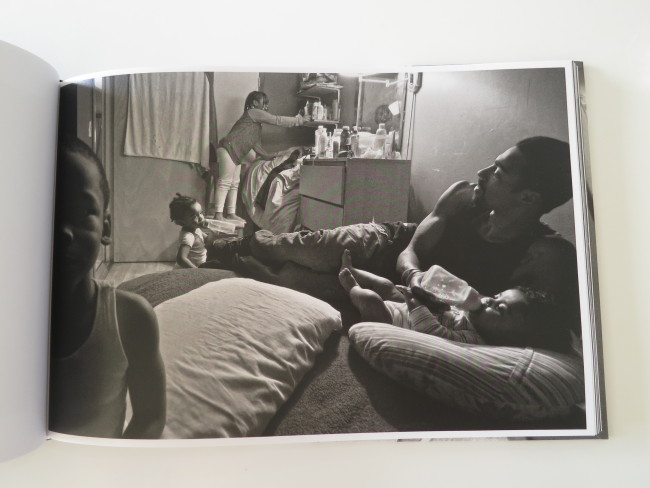 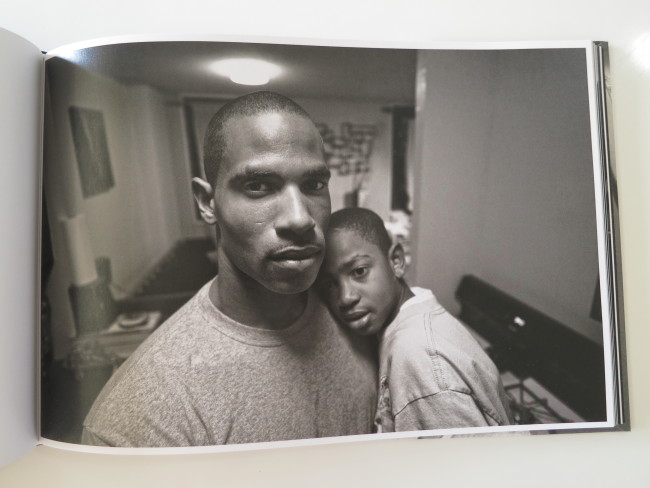 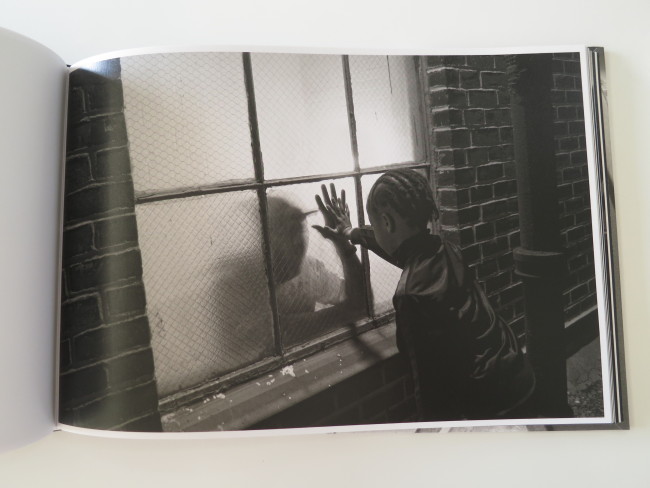 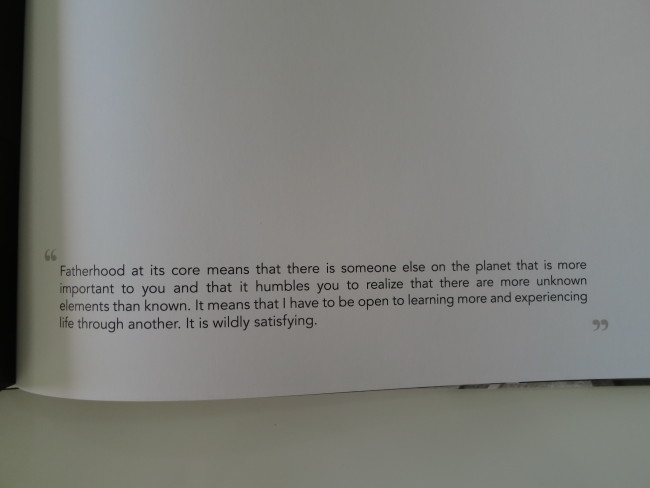 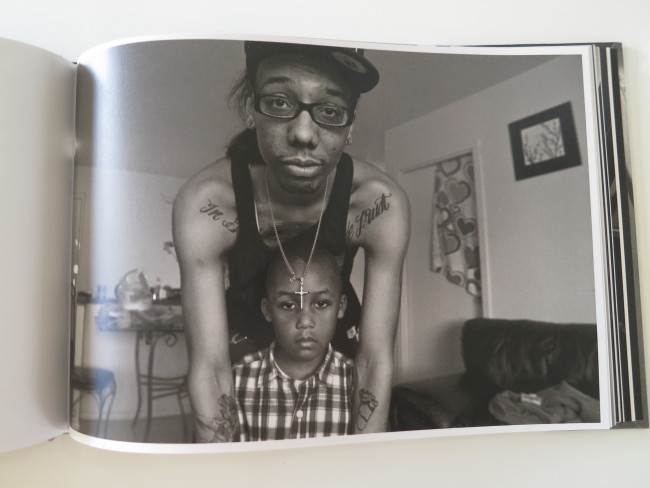 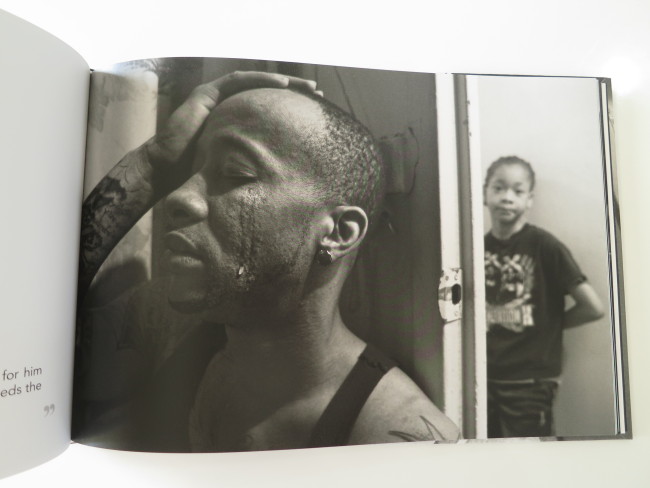 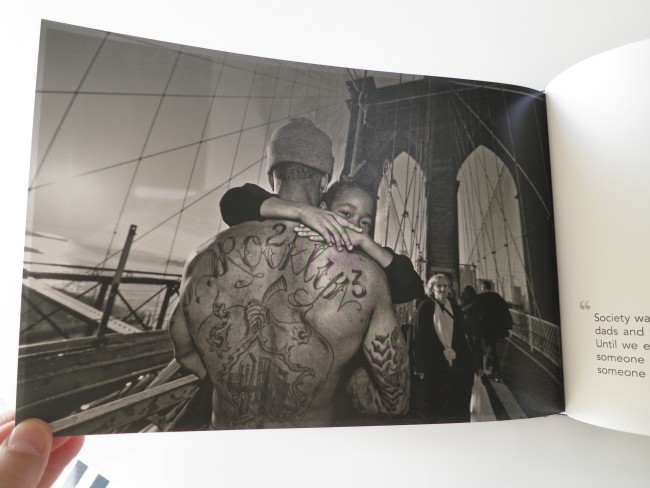 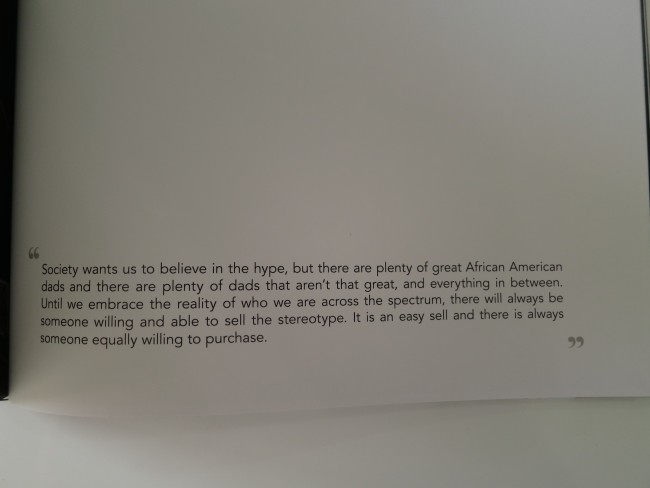 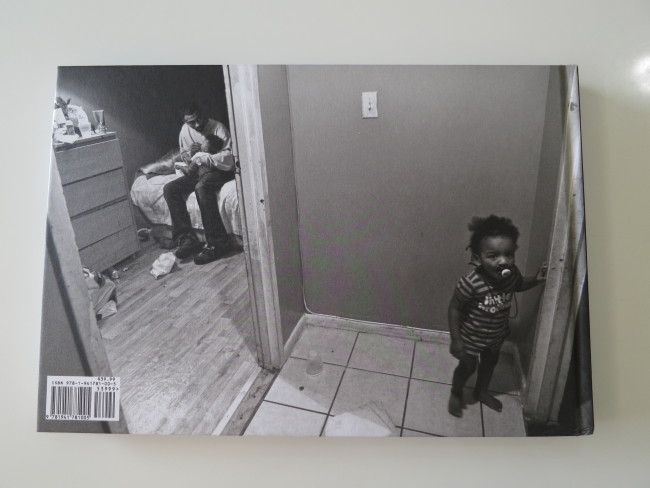 The Art of the Personal Project: Trevor Reid